Autumn in the North by Susanna Cots

Autumn in the North is a located in Spain, designed in 2022 by Susanna Cots. 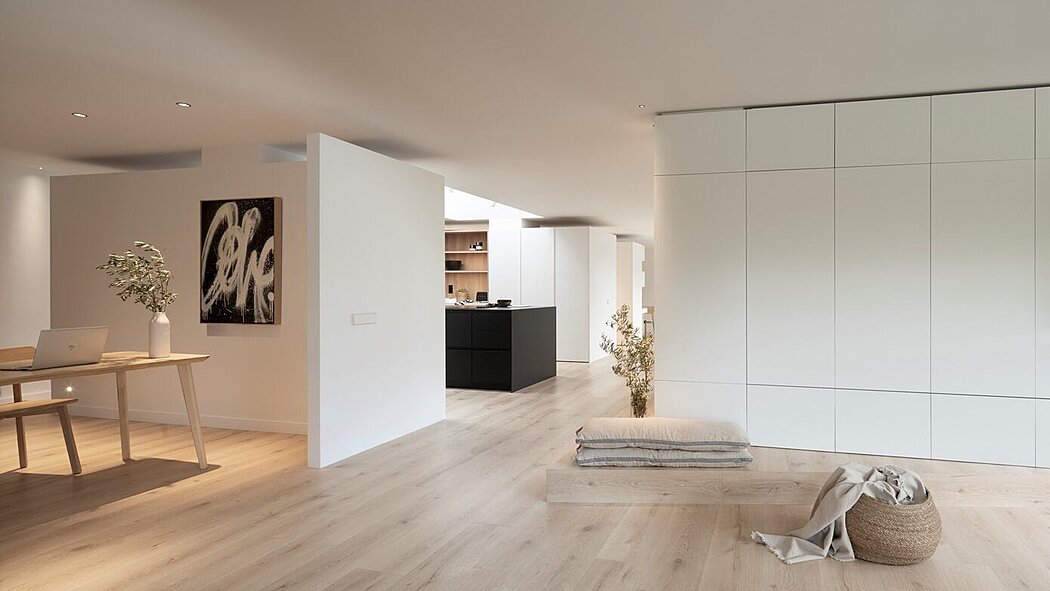 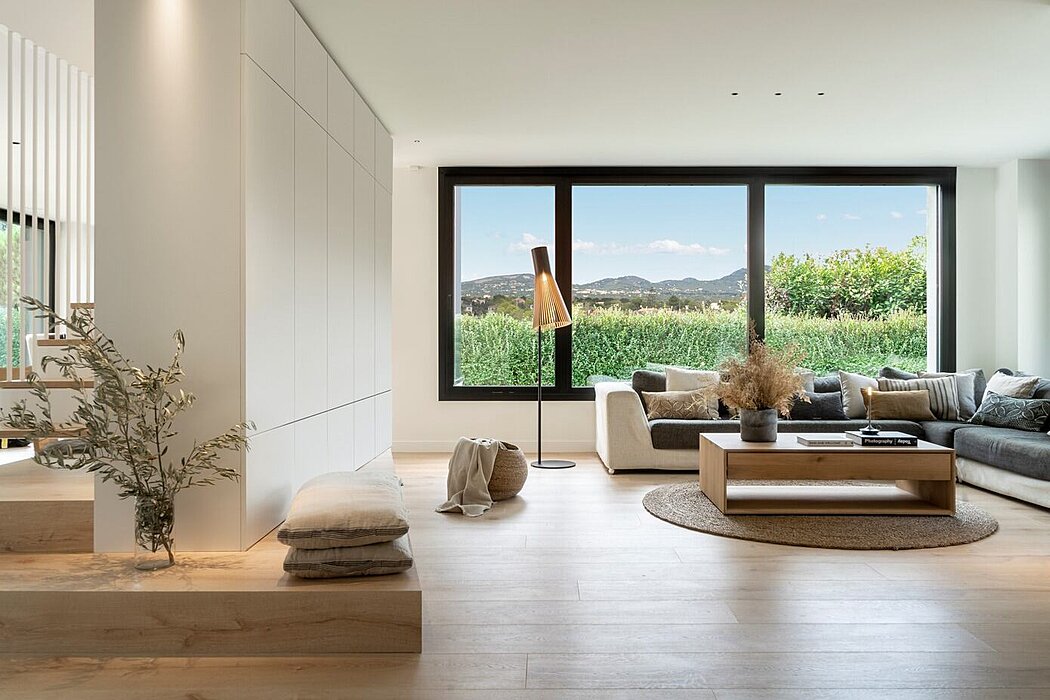 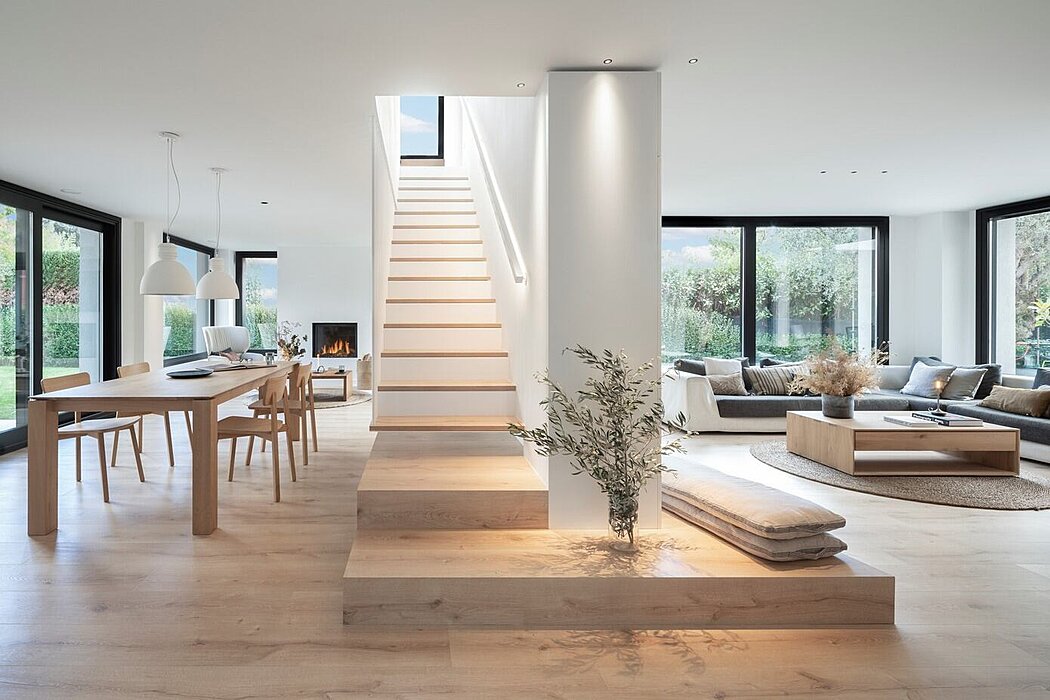 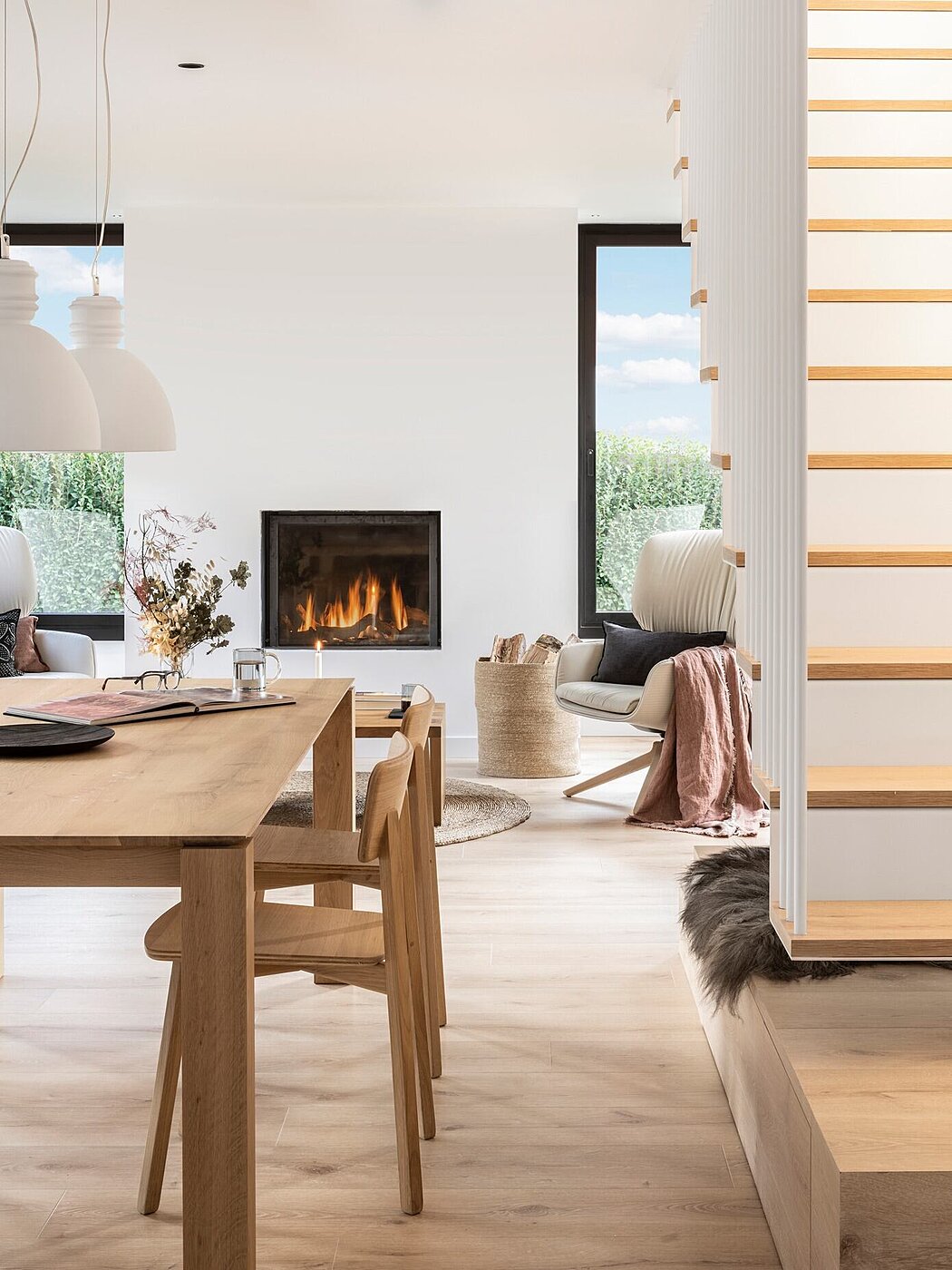 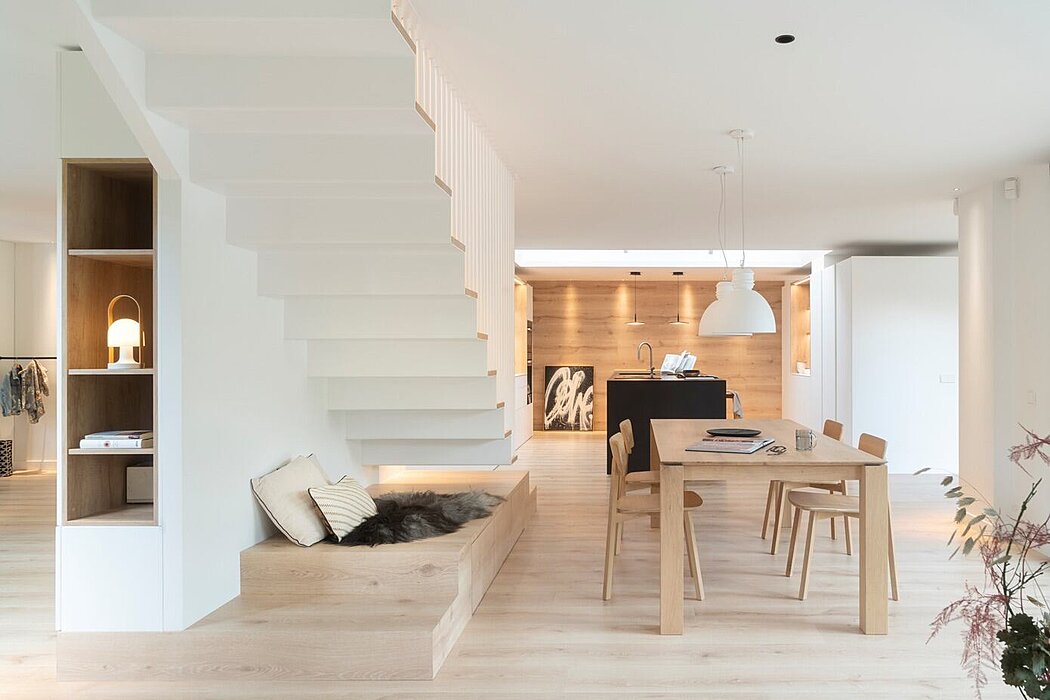 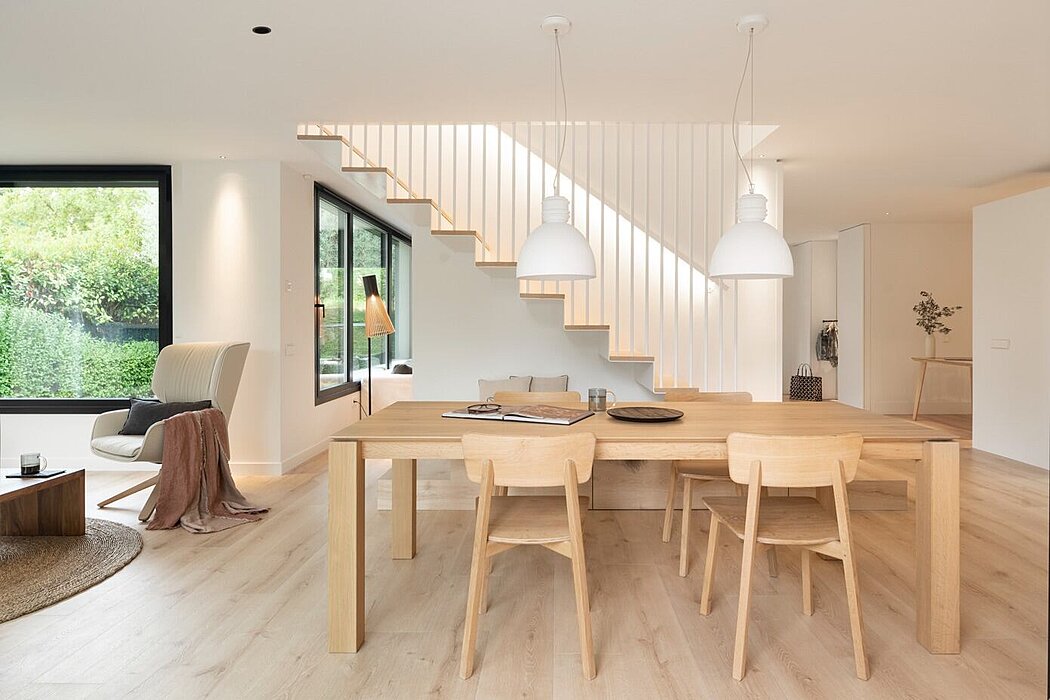 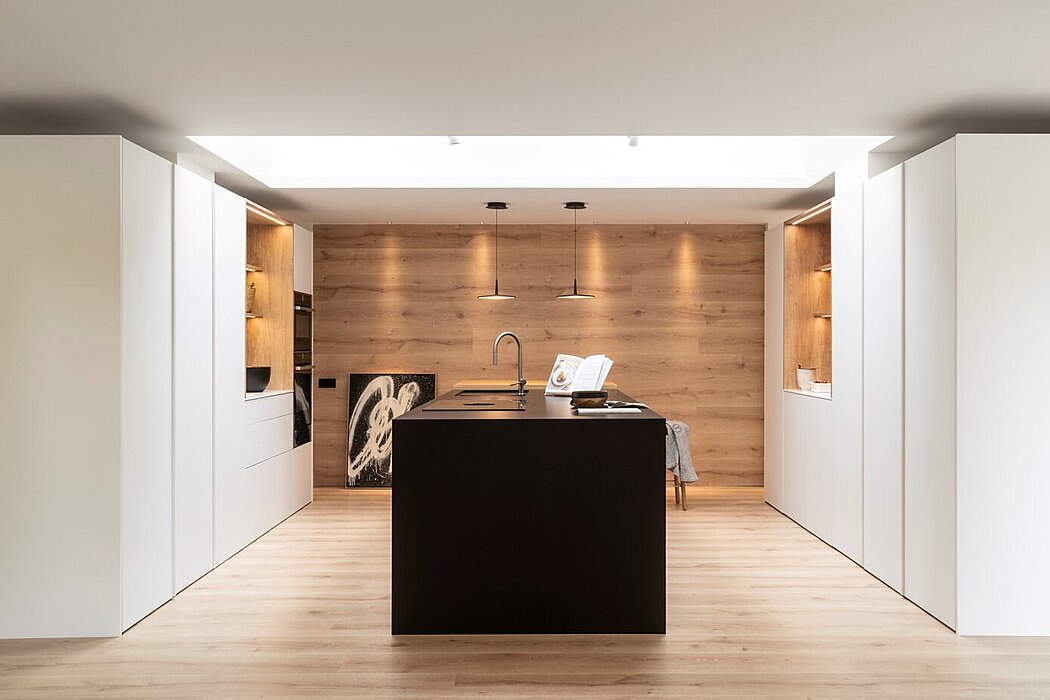 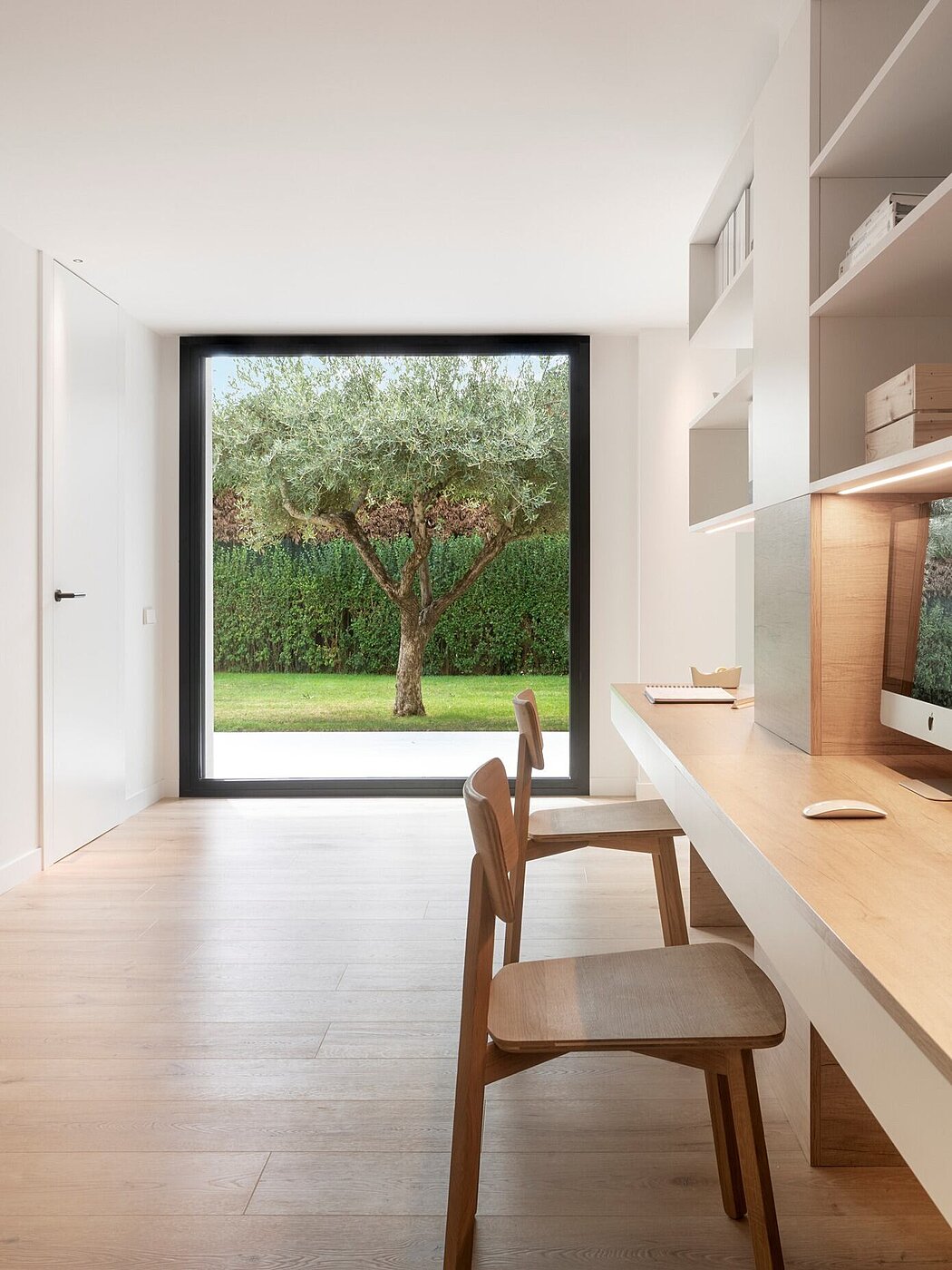 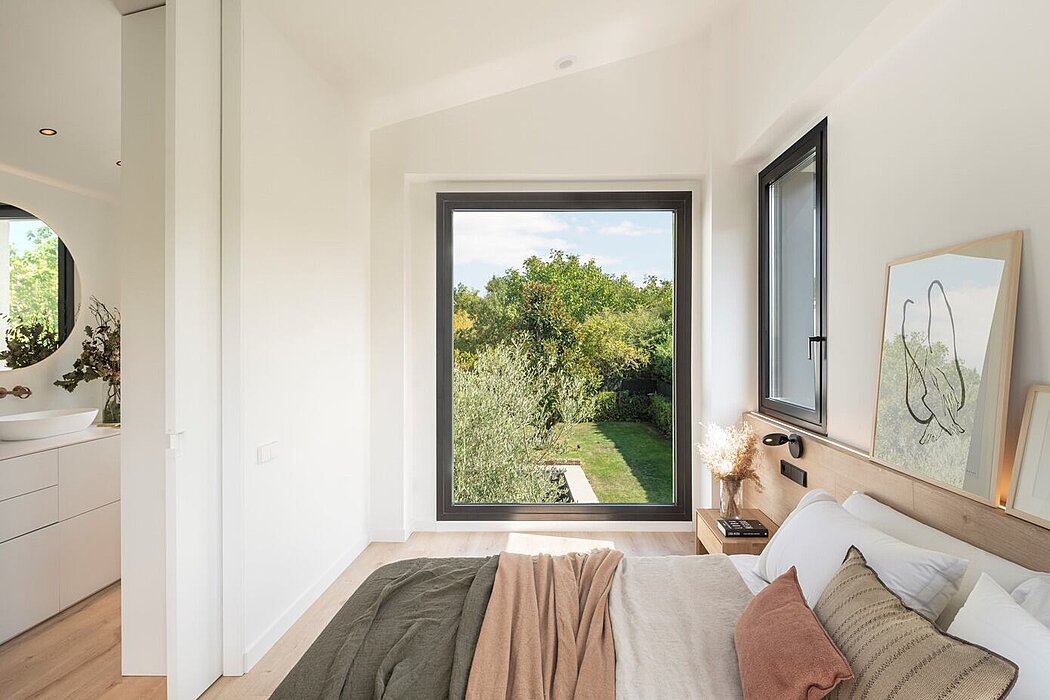 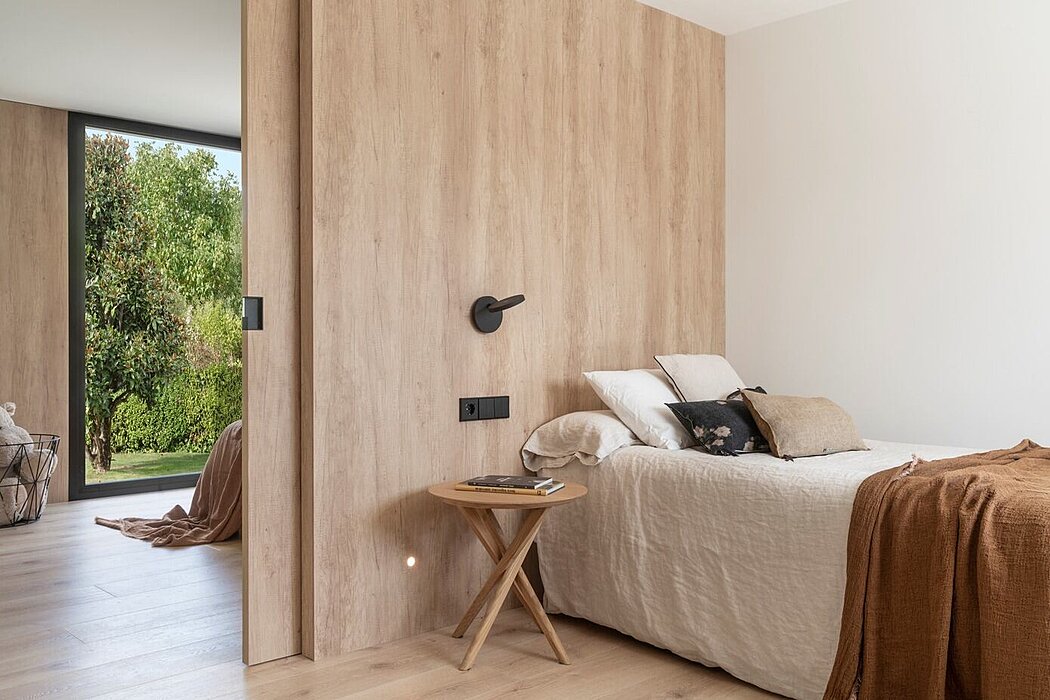 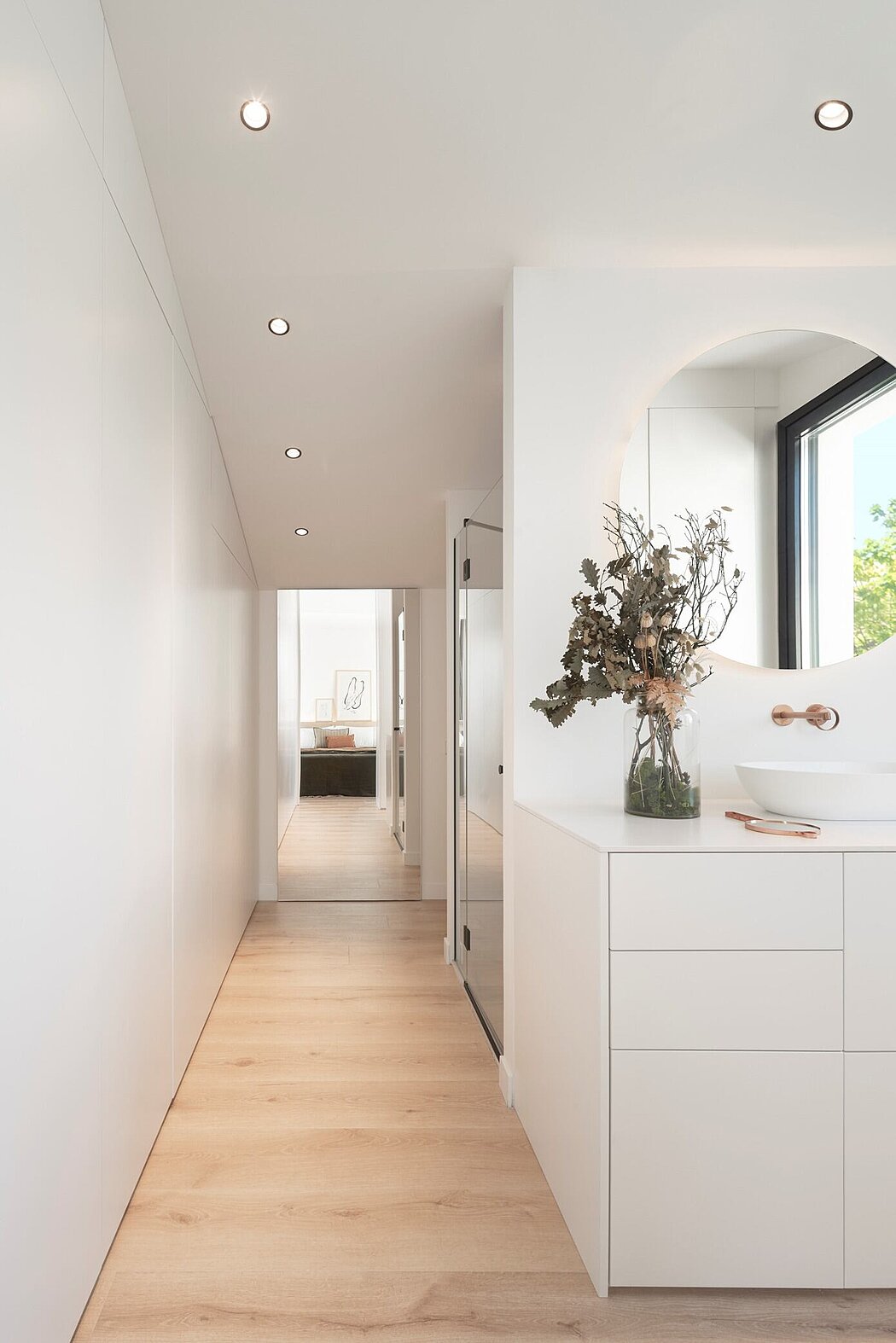 A home without walls or doors that plays with distribution as a connection strategy.

We are so used to living by the same patterns and the same rules, that we forget to listen to our instincts.

And not only in making professional, personal or family decisions.

But also, in creating a home.

Why stick to an established design, when you no longer believe in it? Why build walls and close spaces when what you are looking for is connection?

Within this context, in which you are at last free and decided, after realising that no, you don’t want to follow the rules in the construction of your house, the big question remains: why use doors if you have decided to do without walls?

The challenge of distribution in a home is more than just a plan with measurements and numbers that add up and fit together.

Distributing a space means understanding the connection needs of the person or family that lives
there. It is about listening, letting this instinct flow and allowing the subconscious, which always seeks wellbeing, to emerge.

We could say that distribution is a psychological tool, a strategy that allows you to build a puzzle
which is arranged according to your way of living. Although, seen from the outside, it will not look anything like the puzzles you’ve been used to seeing your entire life.

This is what happens in this house: we can describe it as a home with three bedrooms, a living room, a kitchen and an office. We would not, however, be able to define even 1% of what the distribution is like and, consequently, the spirit of this family home.

The kitchen as the nerve centre distributor

We start from the heart of the home, the kitchen, which originated as a space that distributes the rest of the rooms in symmetrical degrees, as if it were a fan that both spreads out and gathers together intimacy and communication.

In parallel and consecutive lines, to the left of the kitchen, we find open modules that make up, on one hand, the laundry room and the children’s room, and on the other, the home office ofthese two architects.

A nucleus that has two circular flows. Firstly, at the front, towards the outside, from where the separations created by furniture that has double functionality on both sides can be seen. Secondly, there is an interior circular flow, since all the spaces are accessible from the other side.

All this, free from high walls, with only 3 doors in the whole house.

A home needs to be permeable to the crucial stages of each inhabitant. For this reason, one of
the few rooms that has a semi-permanent door is that of the children, so that the house can evolve with their ages and their need for privacy.

Returning to the kitchen as a starting point, we see how the space communicates openly with
the dining room and the living room with a fireplace, all following the same form of expression.

The dialogue initiated with the flooring ends up forming part of the platform that stages the piece of furniture where the television is hidden. This continues until it becomes part of the first step of the staircase that goes up to the bedroom suite. This corner, used as storage, is one of the favourite hideaways for the children in the family.

A home with eternal autumn light

The light of the house, situated in a permanent northern autumn climate, has been sought as a
talisman through all its connections with the outdoors. From the skylight in the kitchen that has been designed to attract light in the morning and at midday, to all the windows in the living room that capture the afternoon light from every corner.

An interior-exterior connection has been sought in each room, complementing it with nature and
including a tree for each moment of connection: an olive tree and a Japanese willow are some of the trees that have become part of this family.

The bedroom suite located on the upper floor has been worked with the same intention of creating privacy without the need for doors. A large wooden panel acts as a silencer for the suite in one respect, while in another it gives privacy to the en-suite bathroom if required.