Åstrup Have House by Norrøn

Åstrup Have House is a holiday farmhouse located in Haderslev, Denmark, designed in 2020 by Norrøn. 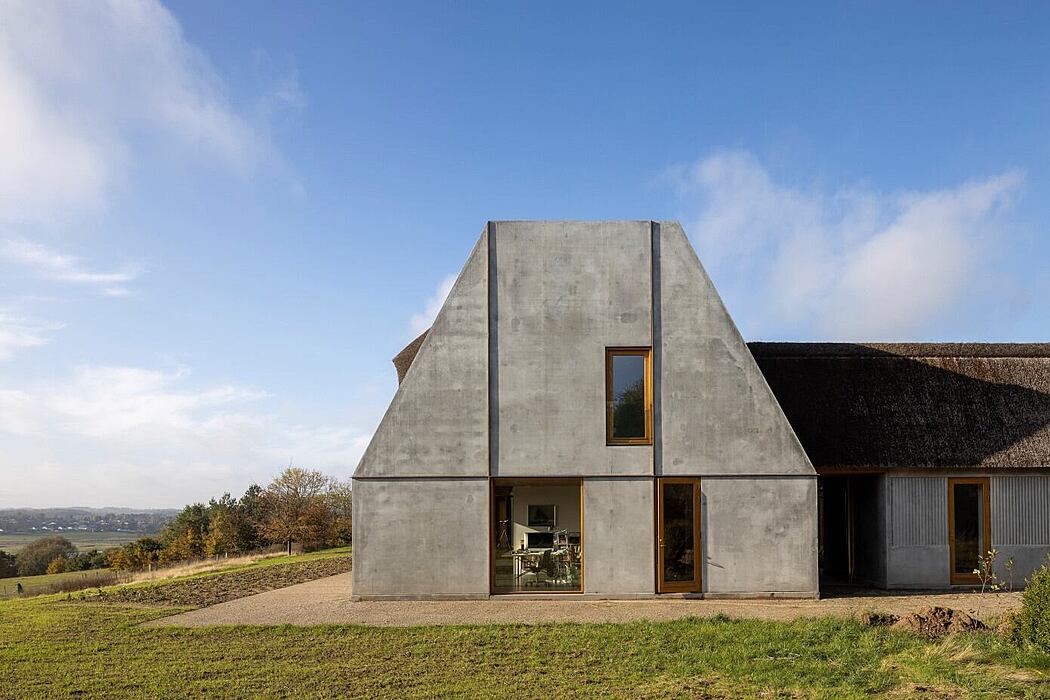 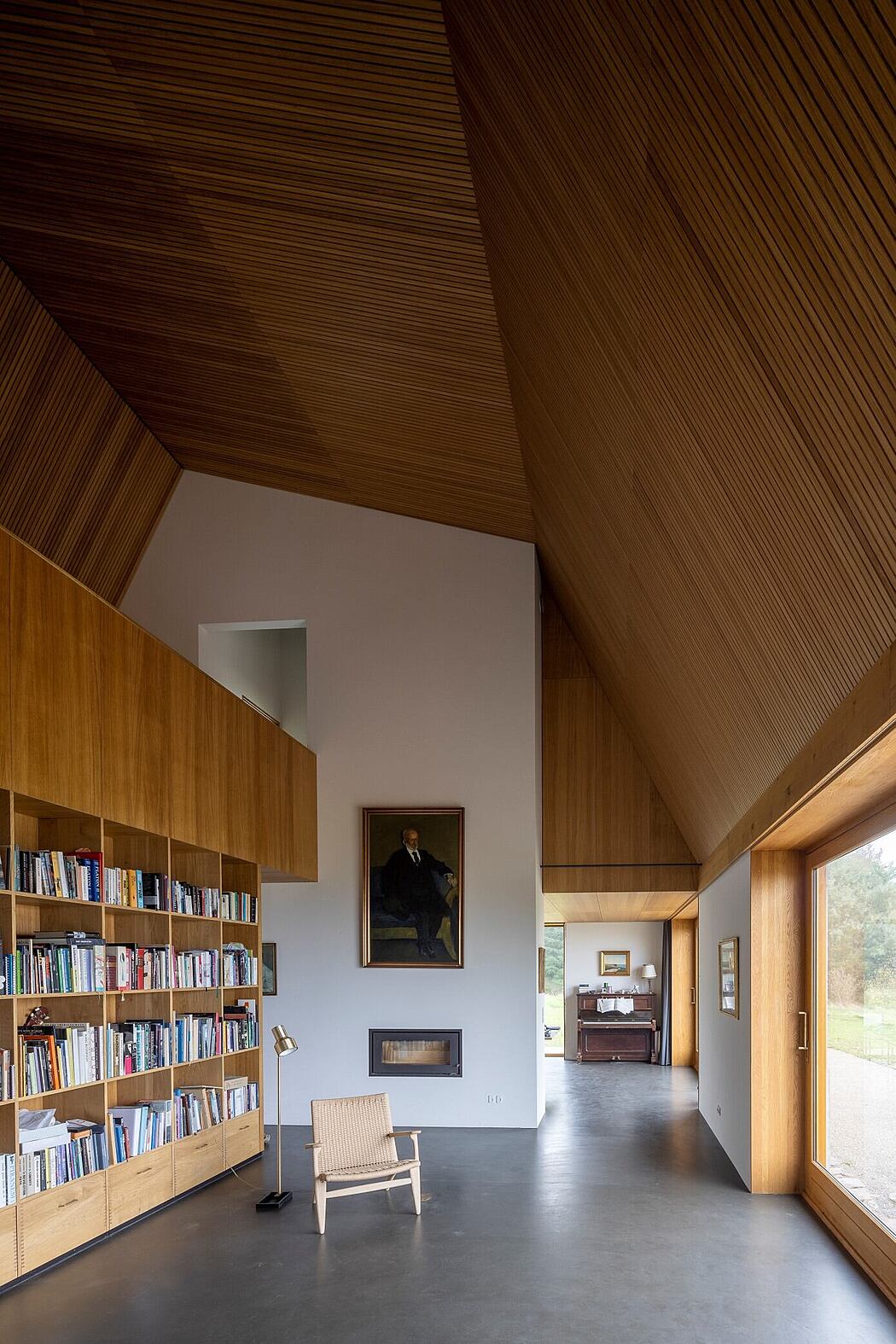 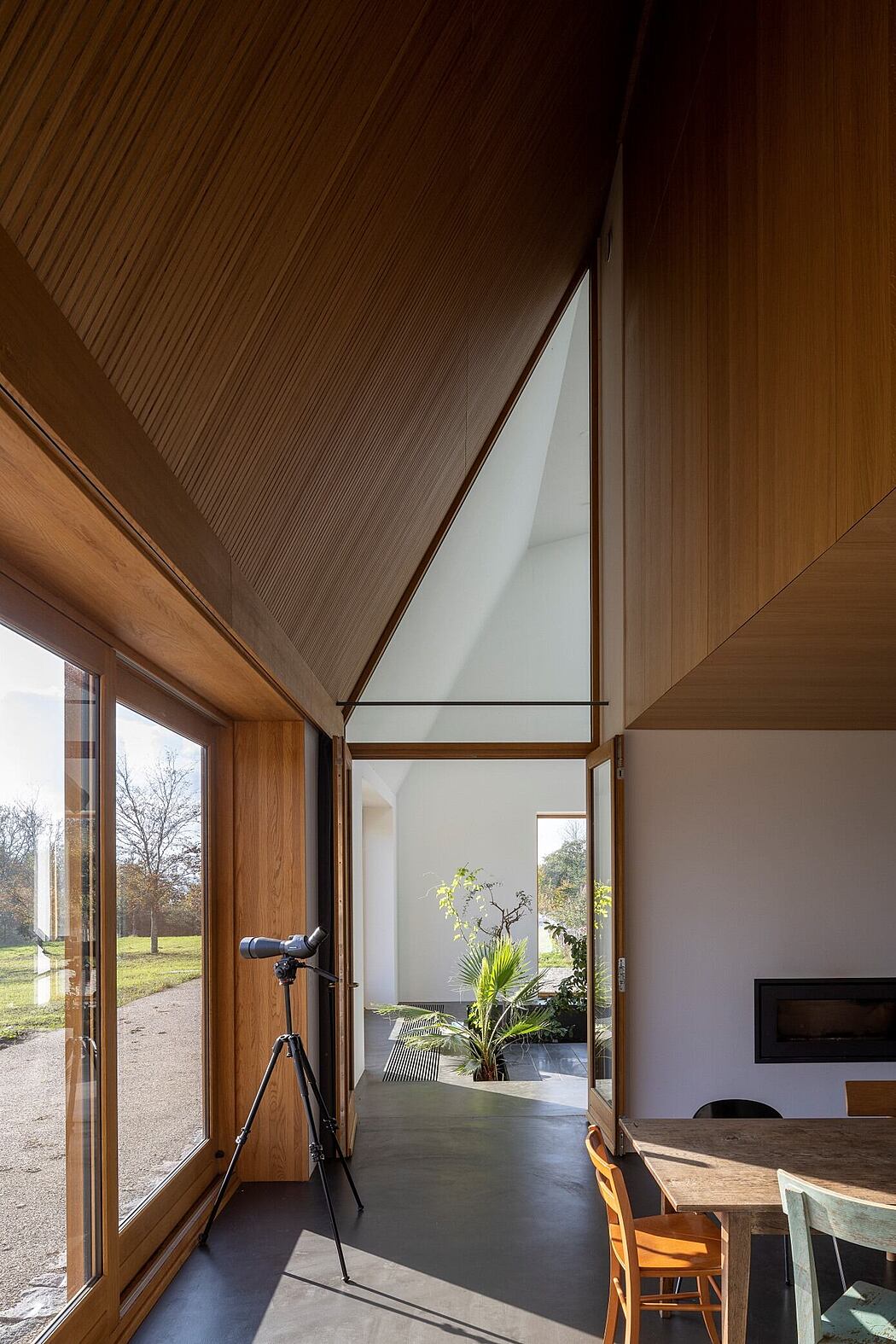 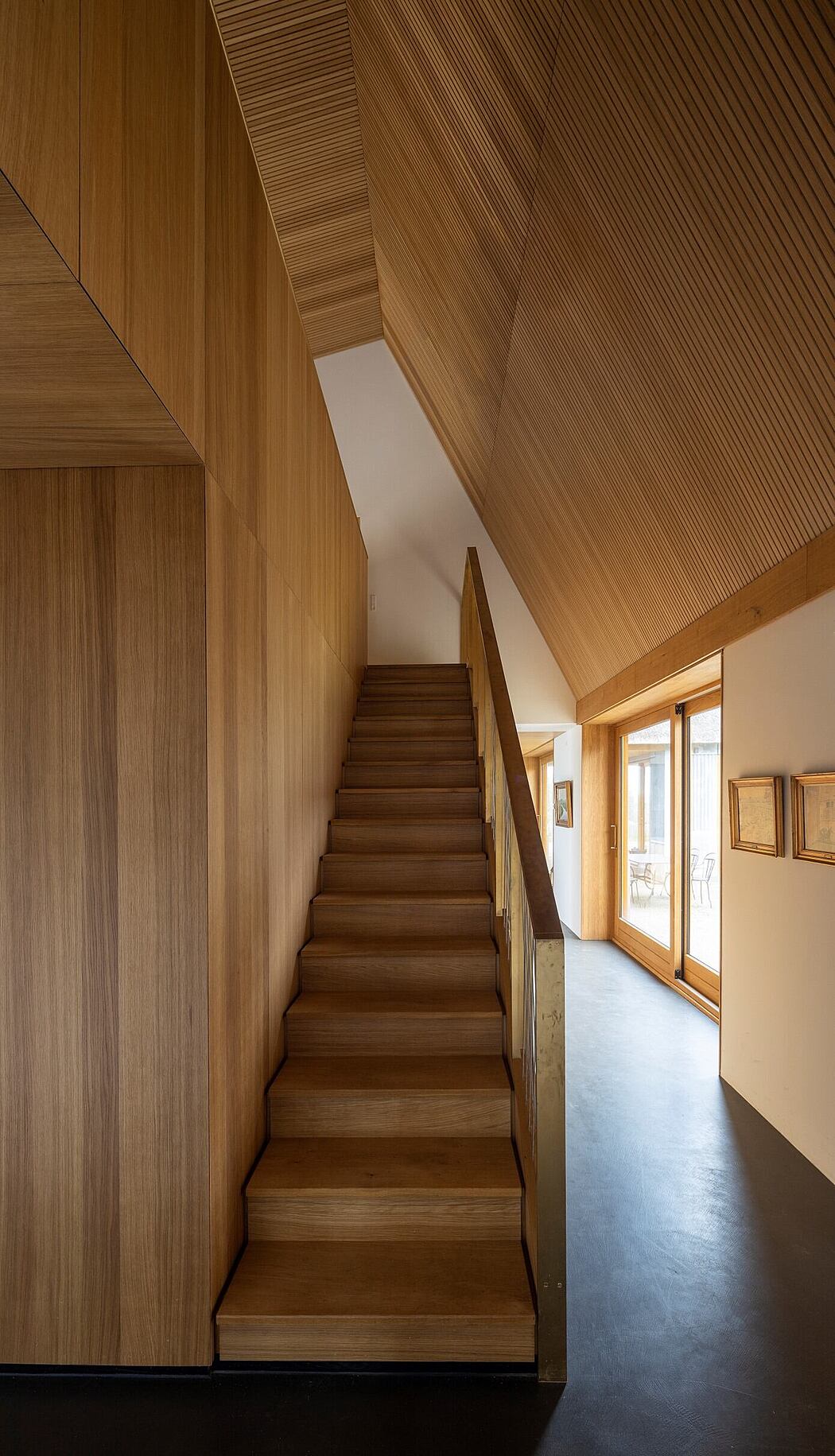 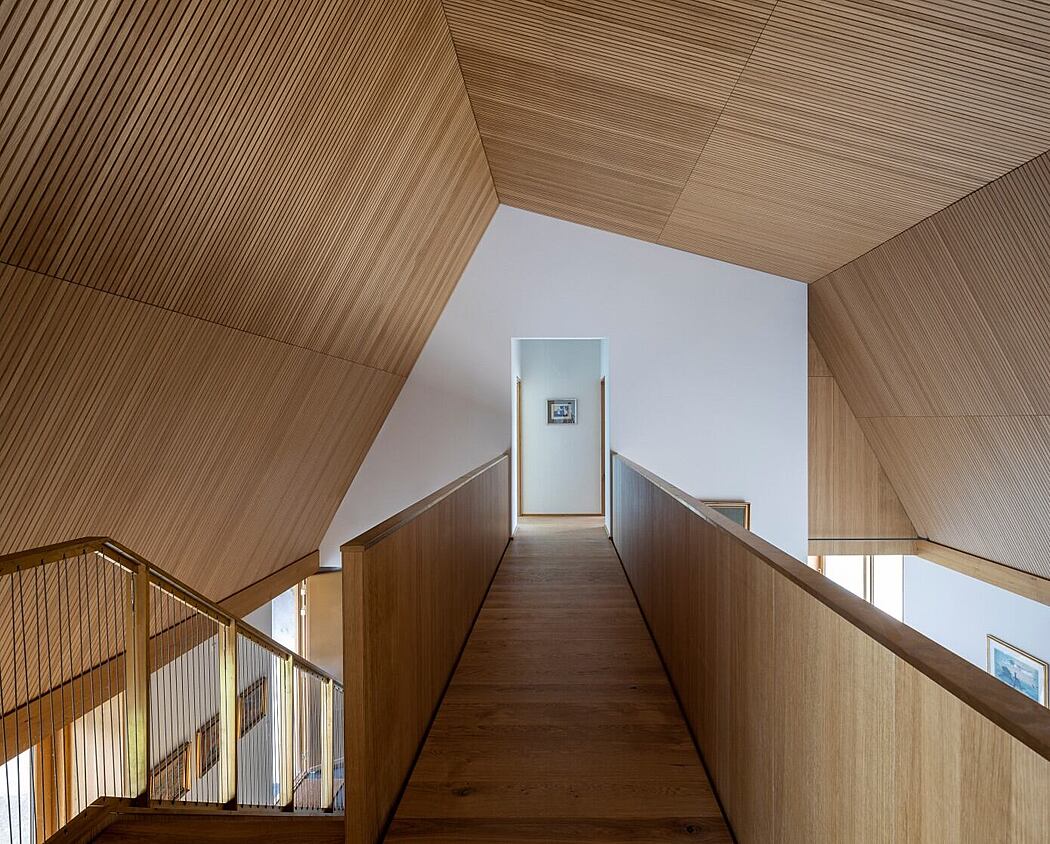 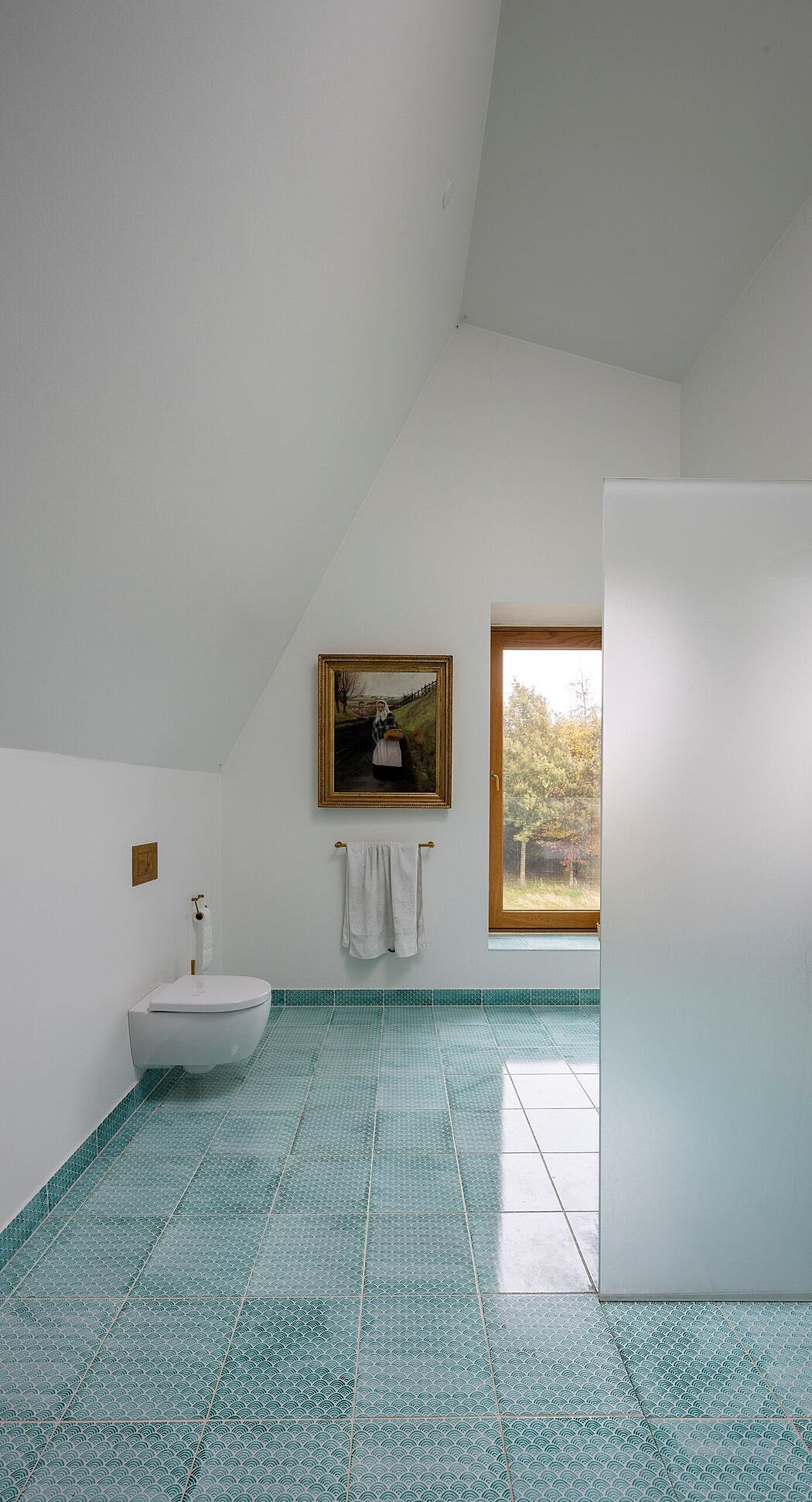 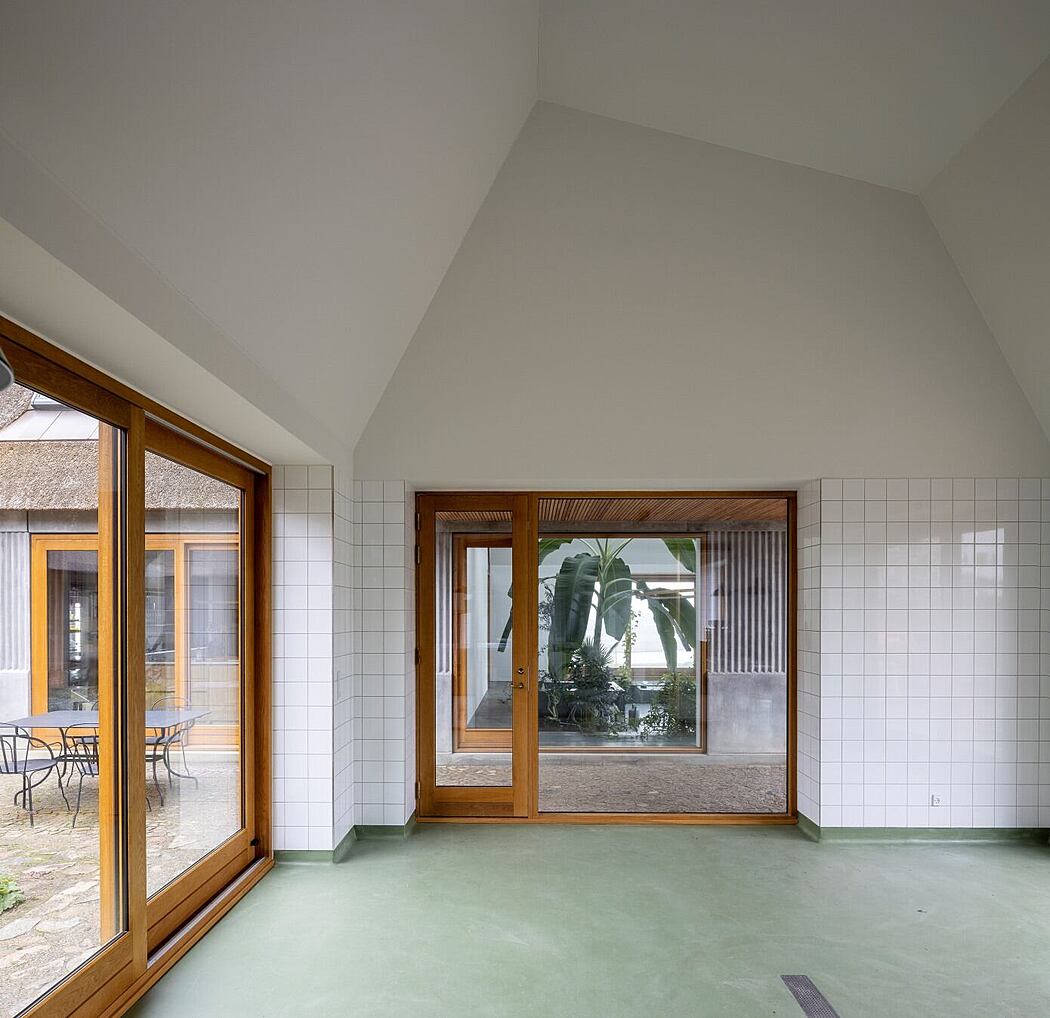 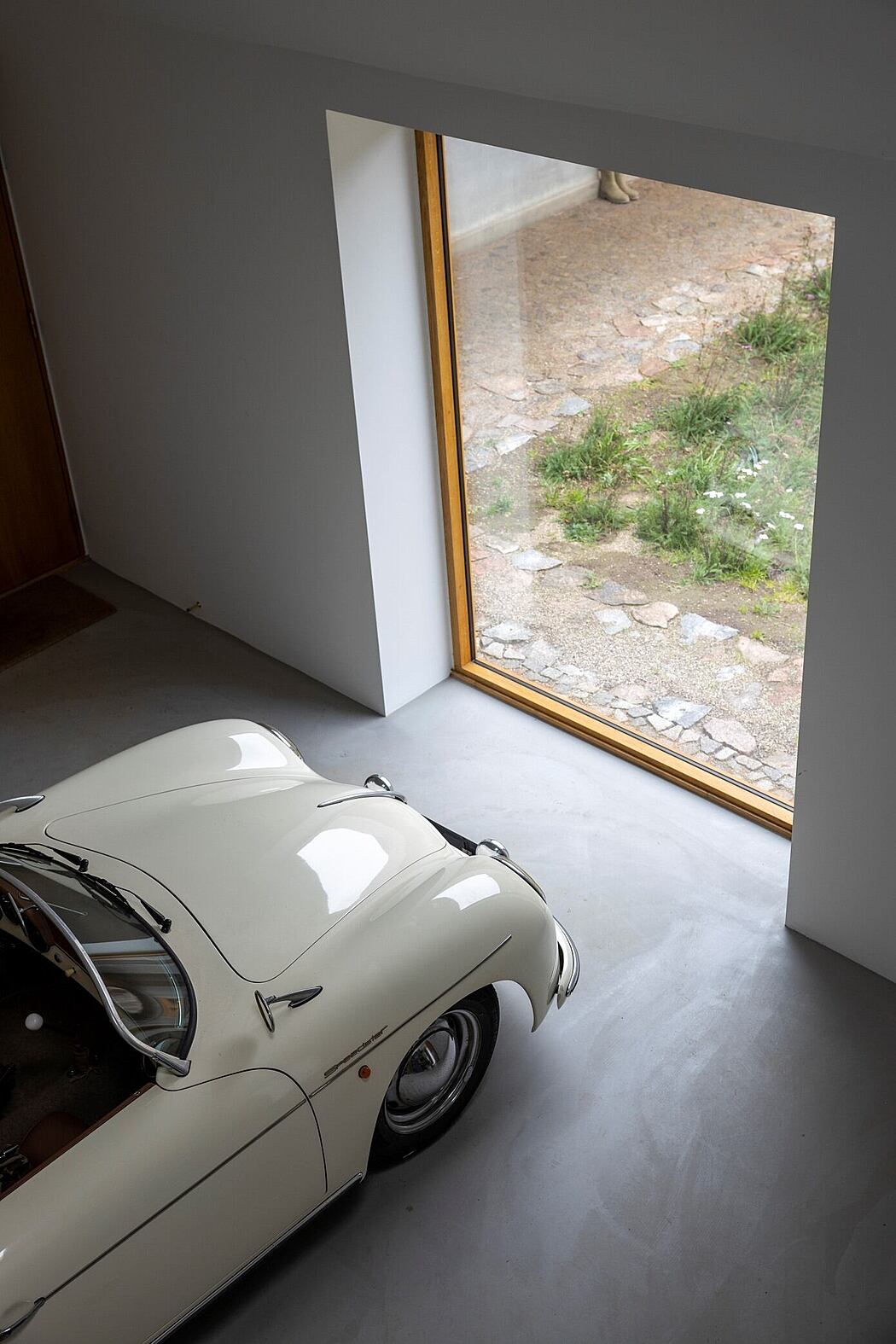 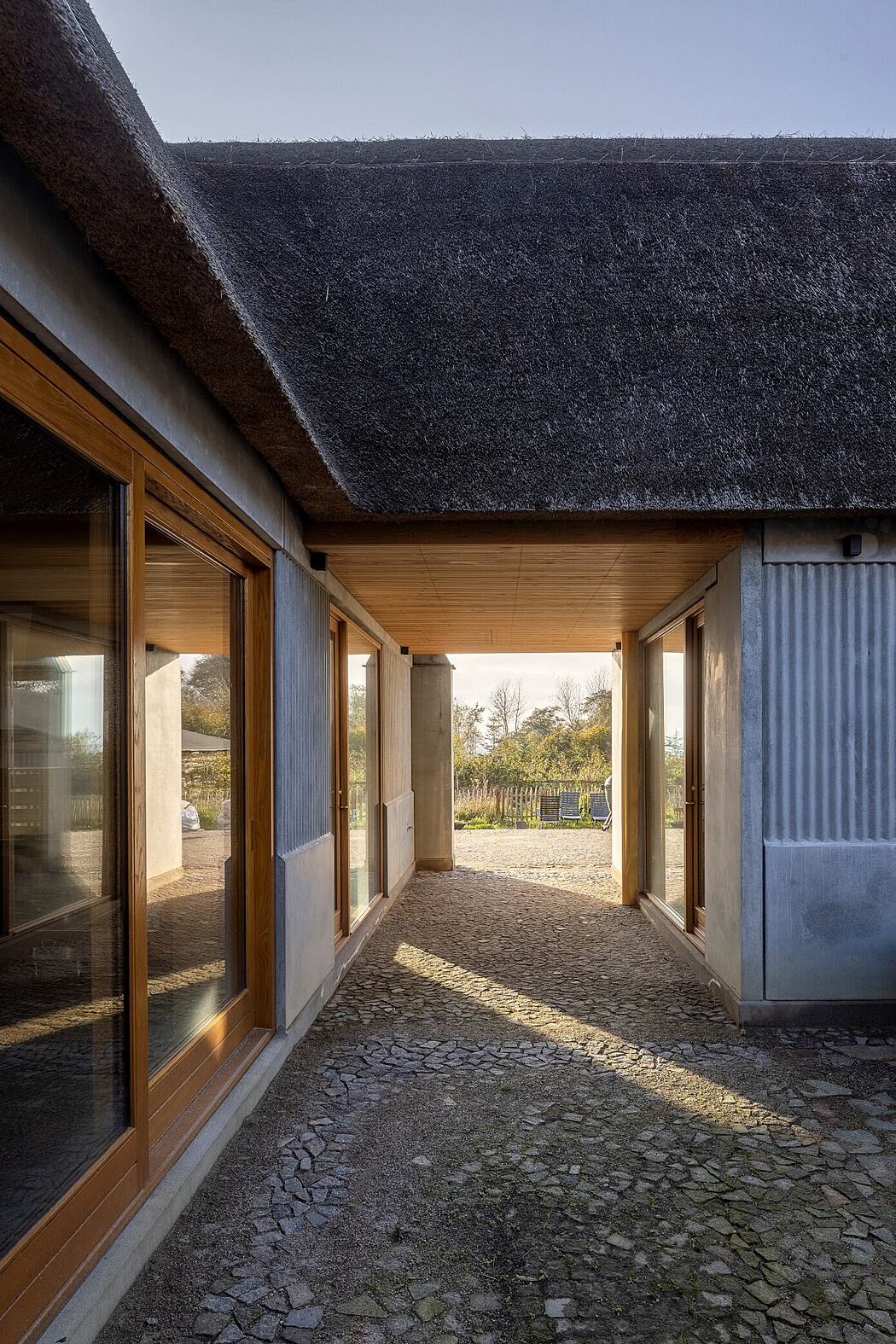 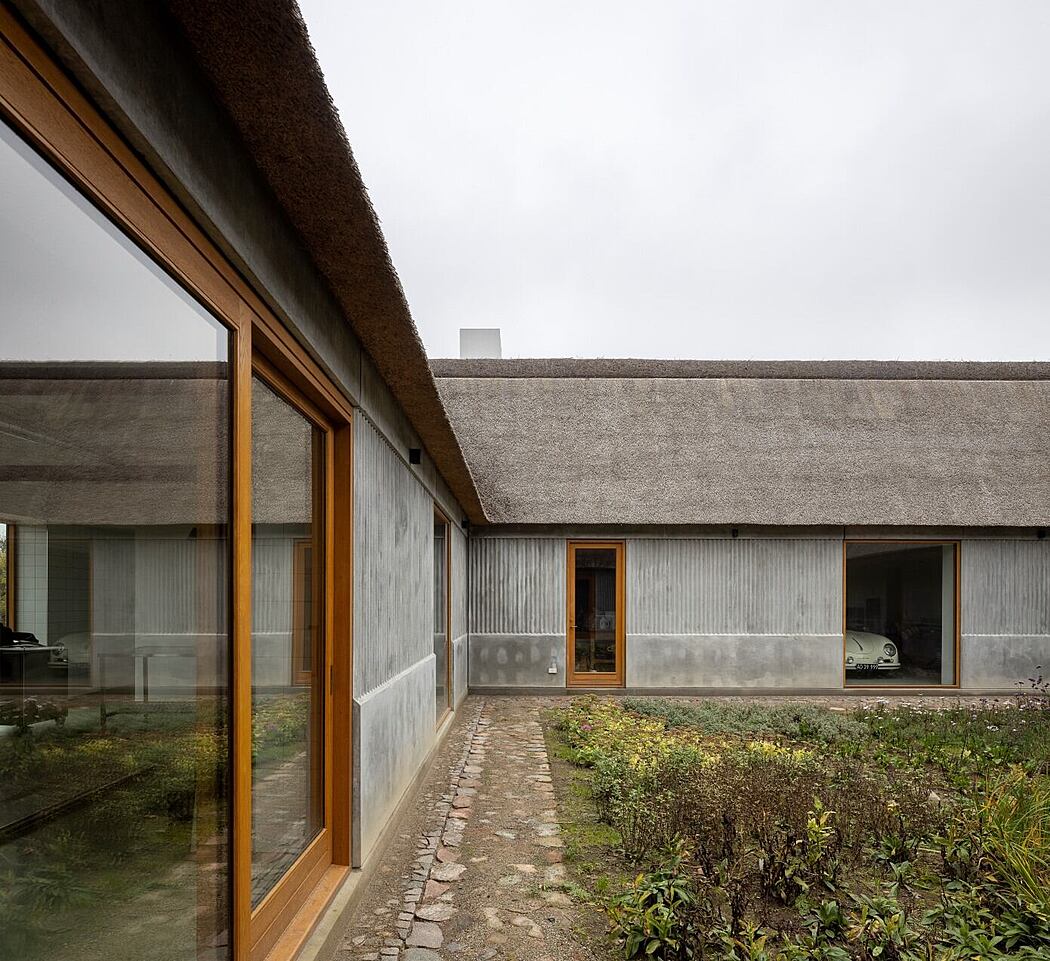 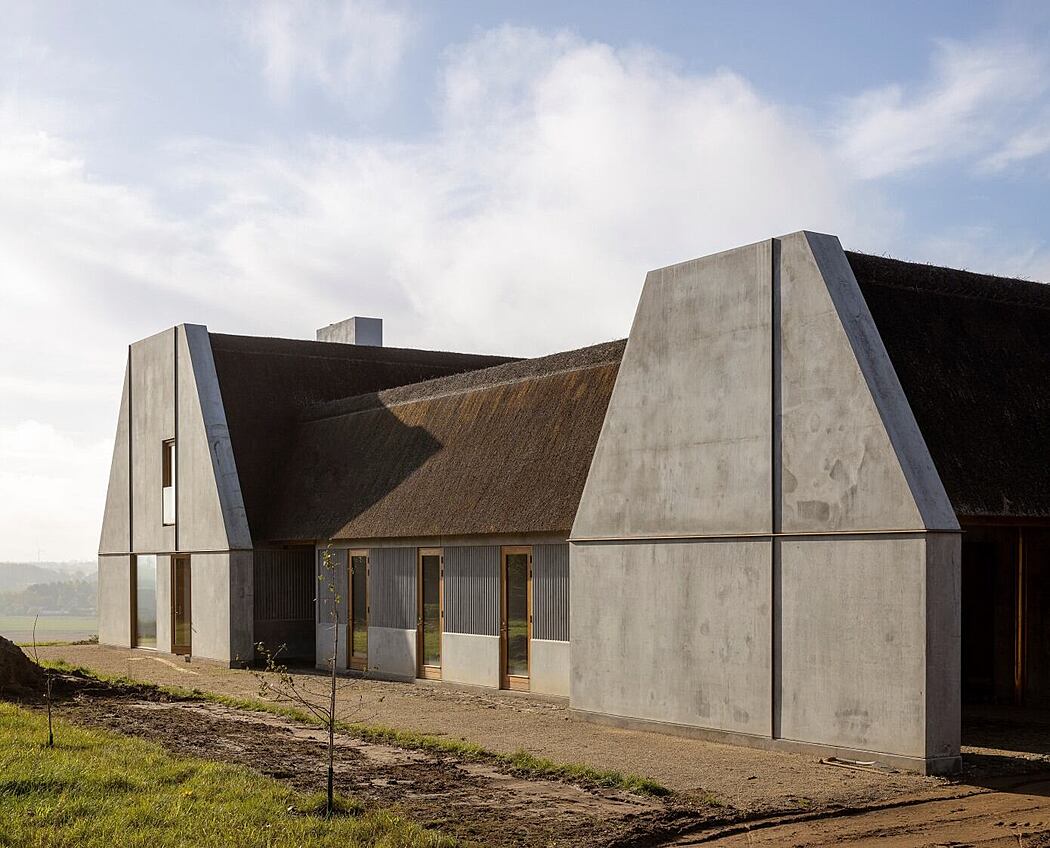 The latest addition to Copenhagen-based NORRØN’s body of work is Åstrup Have – a new recreational farmhouse gazing at Haderslev Fjord and built upon the dream of the countryside. Coined around concepts of biodynamic food production, freely grazing animals and farm to table, Åstrup Have evokes the region’s vernacular building tradition and inquisitively reinterprets the traditional Danish farmhouse.

The remotely located building, surrounded by a scenic landscape of the rolling countryside, greets visitors through cut out gables arising from the ground and towering into the sky – particularly upon entry from the avenue. Organized around a central patio that unifies the wings of the building, Åstrup Have stands as a four-legged concrete structure with each leg equipped with an open gate through which the surrounding rural setting reveals itself.

The clustered volumes, organized as a band around the central courtyard, are constructed from raw concrete panels with brass-filled dela- tion joints laid out as a thin grid in the facade.

Resembling a golden relief carved into the raw panels of concrete, the brass-fillings soften the building, and as such resonates with local vernacular where metal fillings and objects once were embedded in the old facades and served as generous additions to the regional building culture. When hit by light, a fragile shadow play appears, resulting in a stark, yet atmospheric contrast between the raw and the refined.

As a homage to local, Schleswig tradition, the steep roof unfolds as a thatched structure and a binding tissue joining the concrete body beneath. The roof is inspired by the traditional Haubarg buildings of the region. Characteristic to these is that they were all equipped with steep roofs, allowing for the storage of large quantity of hay that simultaneously gave the thatched roofs a long life span as falling water would quickly divert at the steep angle. The characteristic cutting of the roof profile also allows for solar panels, ventilation, chimneys, skylights, and modern technology to be immersed, resulting in a clean, yet discrete expression.

The functional program of the building is partly divided between residential spaces, and partly culinary facilities with associated programs. Each of the four legs is dedicated to each of their corresponding programs. Towards the north, the building consists of a garage and a workshop. Facing east, a guest wing where units of spartan decorated monk’s cells appear. The main programs of the building, the culinary facilities, are distributed towards the west and consist of production and educational spaces, a kitchen and a food distribution area. Supporting the guest and production facilities, is the main house with small living units and an orangery located in the southern leg of the building.

The interior spaces are composed as a series of diverse spaces, varying in height and size, and throughout the building, a sacred and harmonized atmosphere has been sought. In addition, an oak-covering interior upholstery spanning from the ceiling, via circulation and staircase furniture to window details, adds a coherent finish and natural warmth to the interior.