AN Apartment is a located in , Portugal, redesigned in 2022 by NMDARQ – NMD Arquitecto Lda. 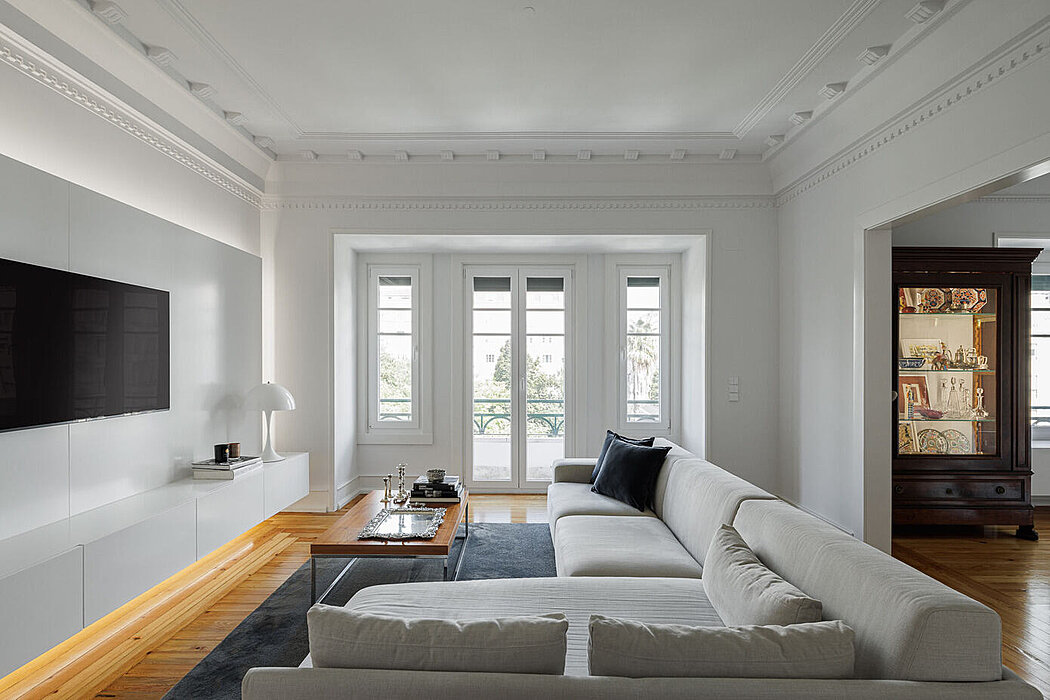 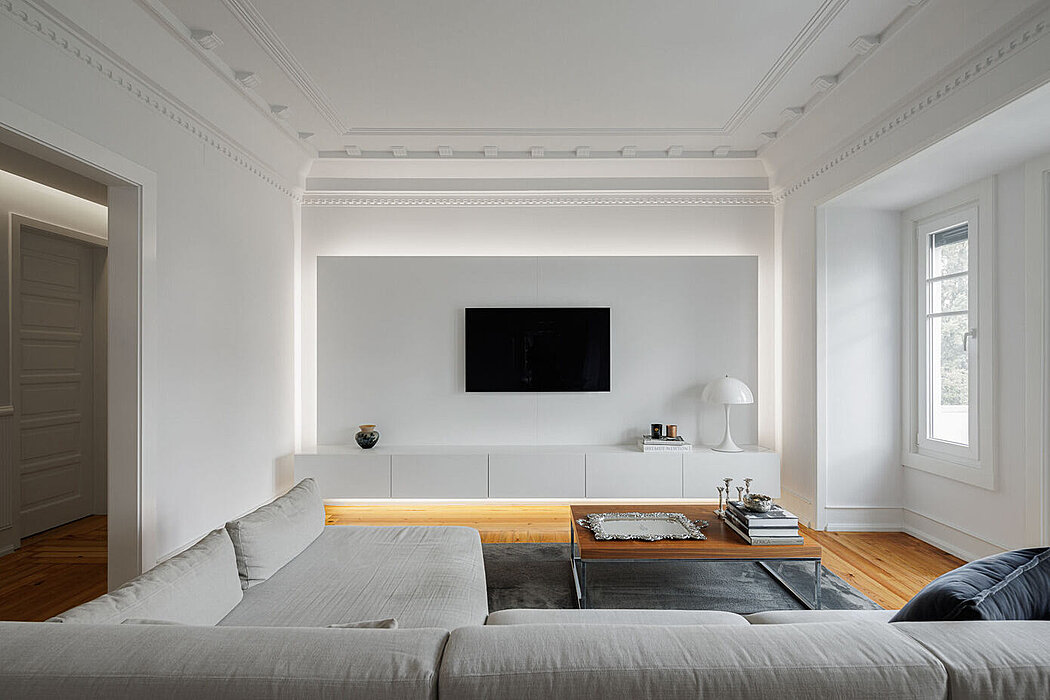 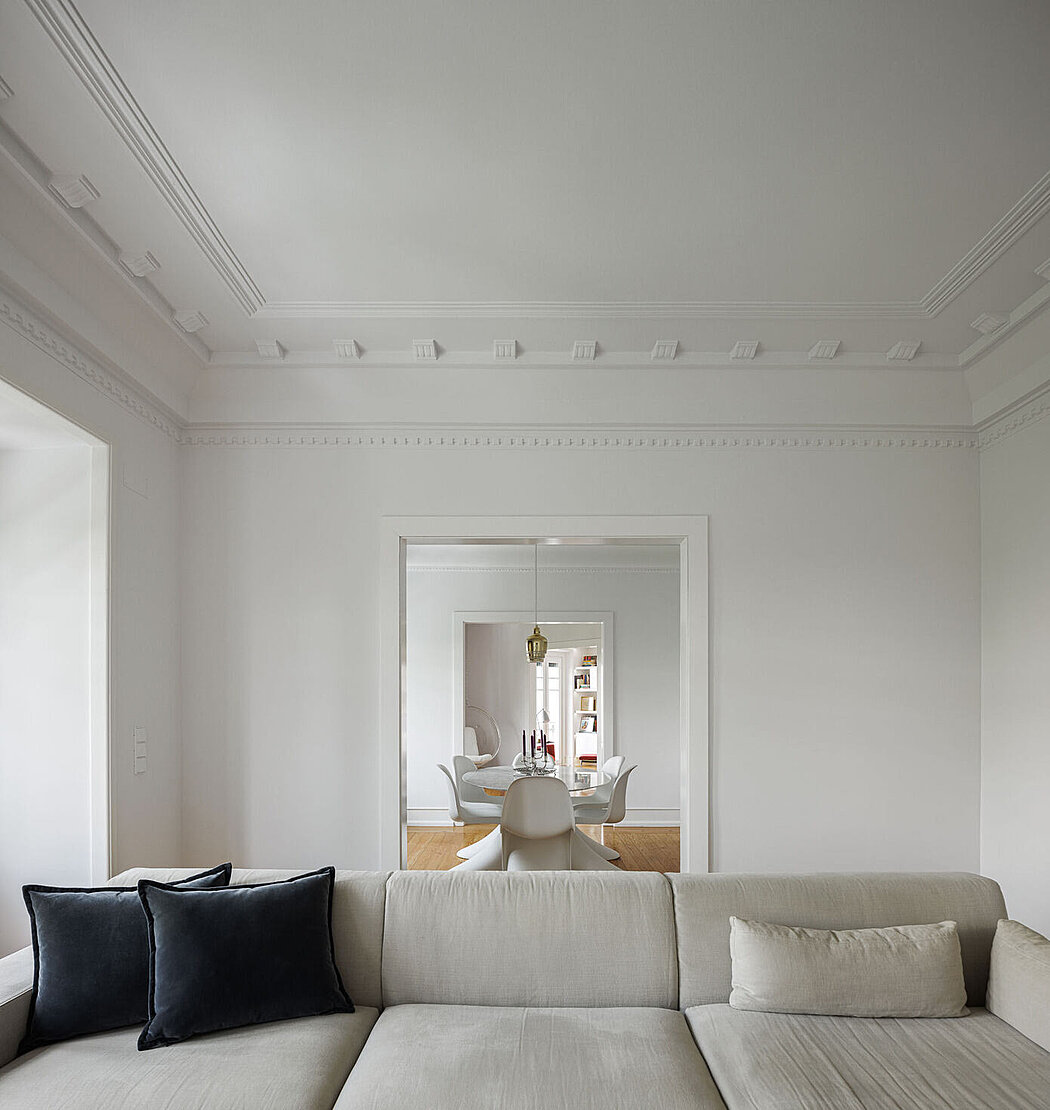 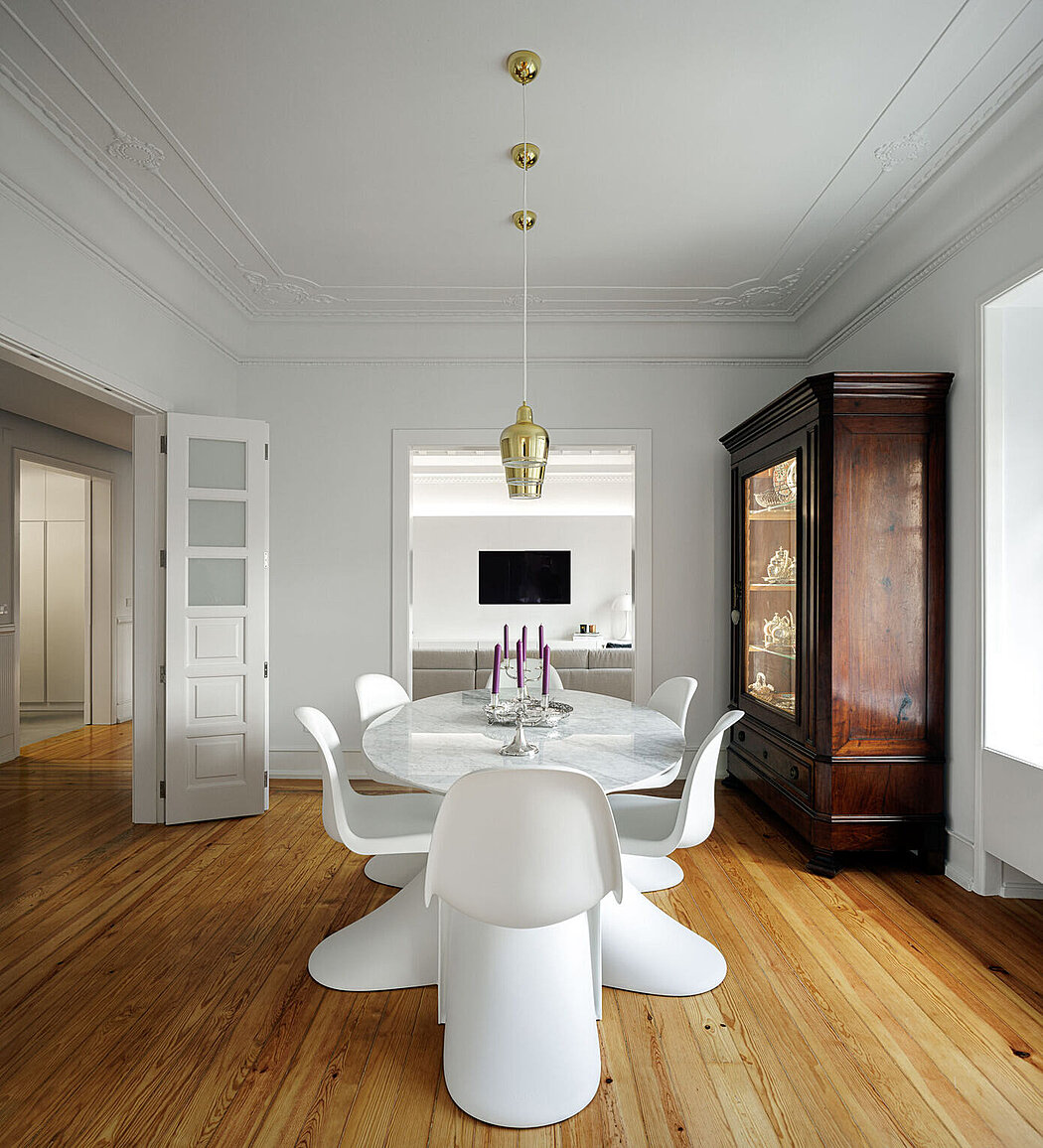 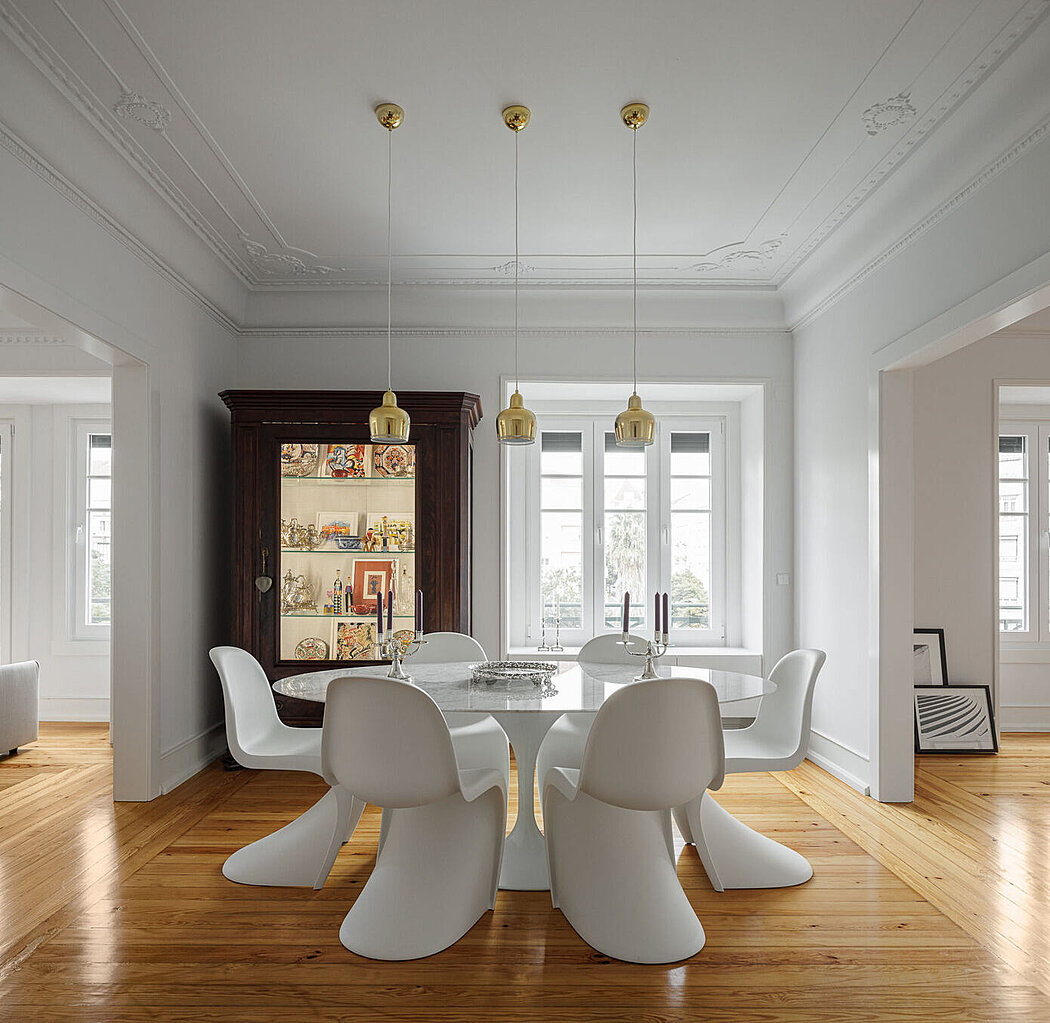 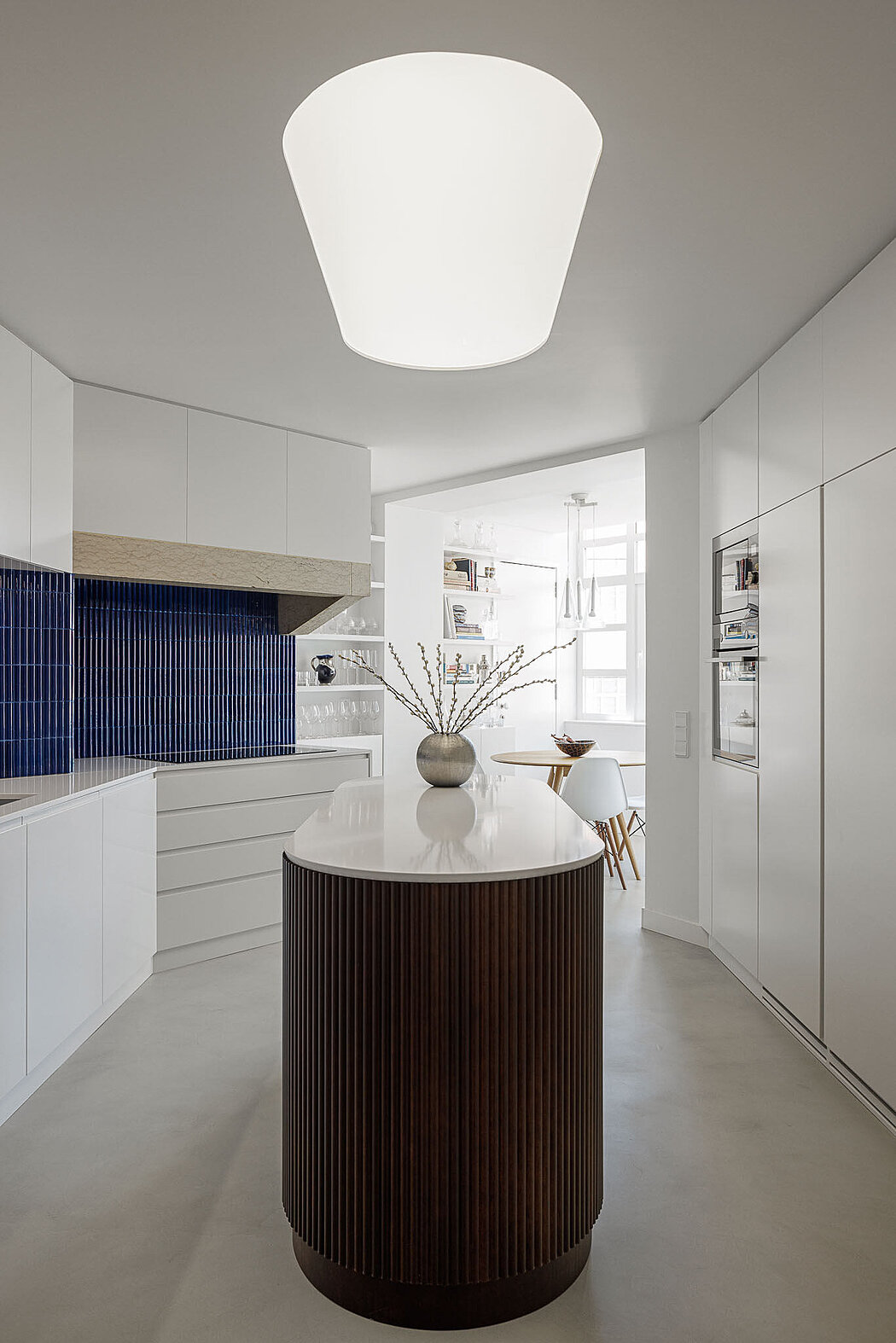 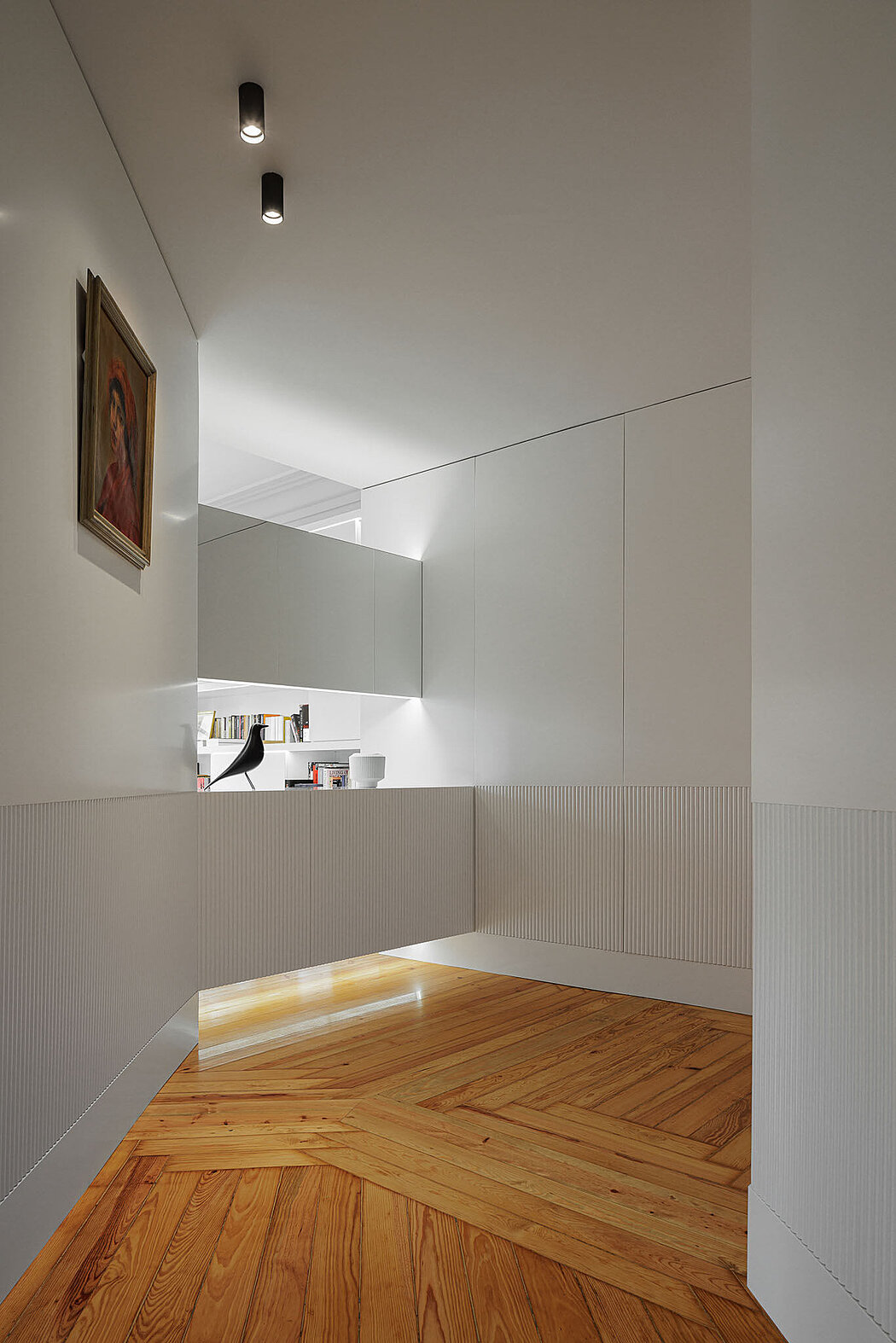 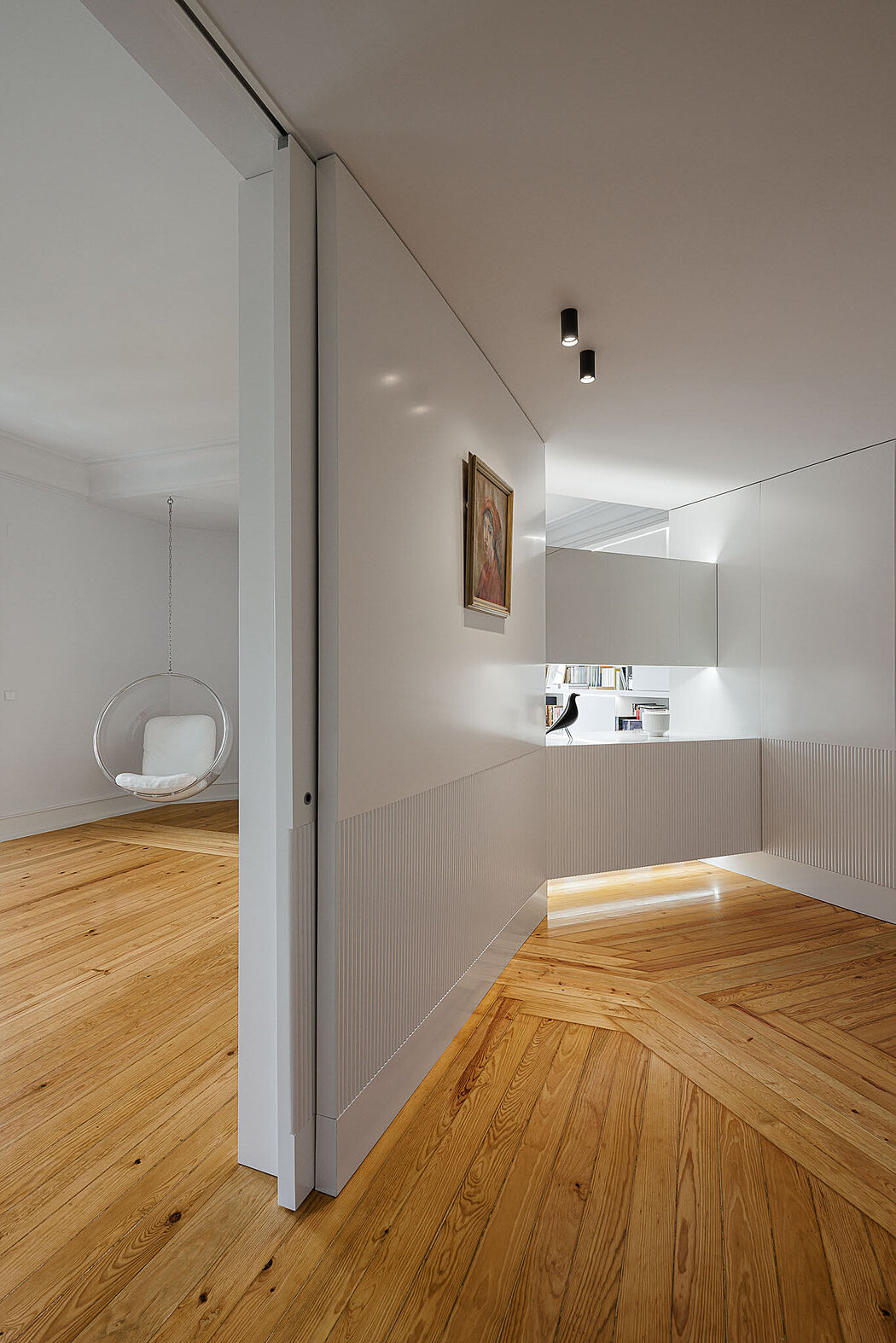 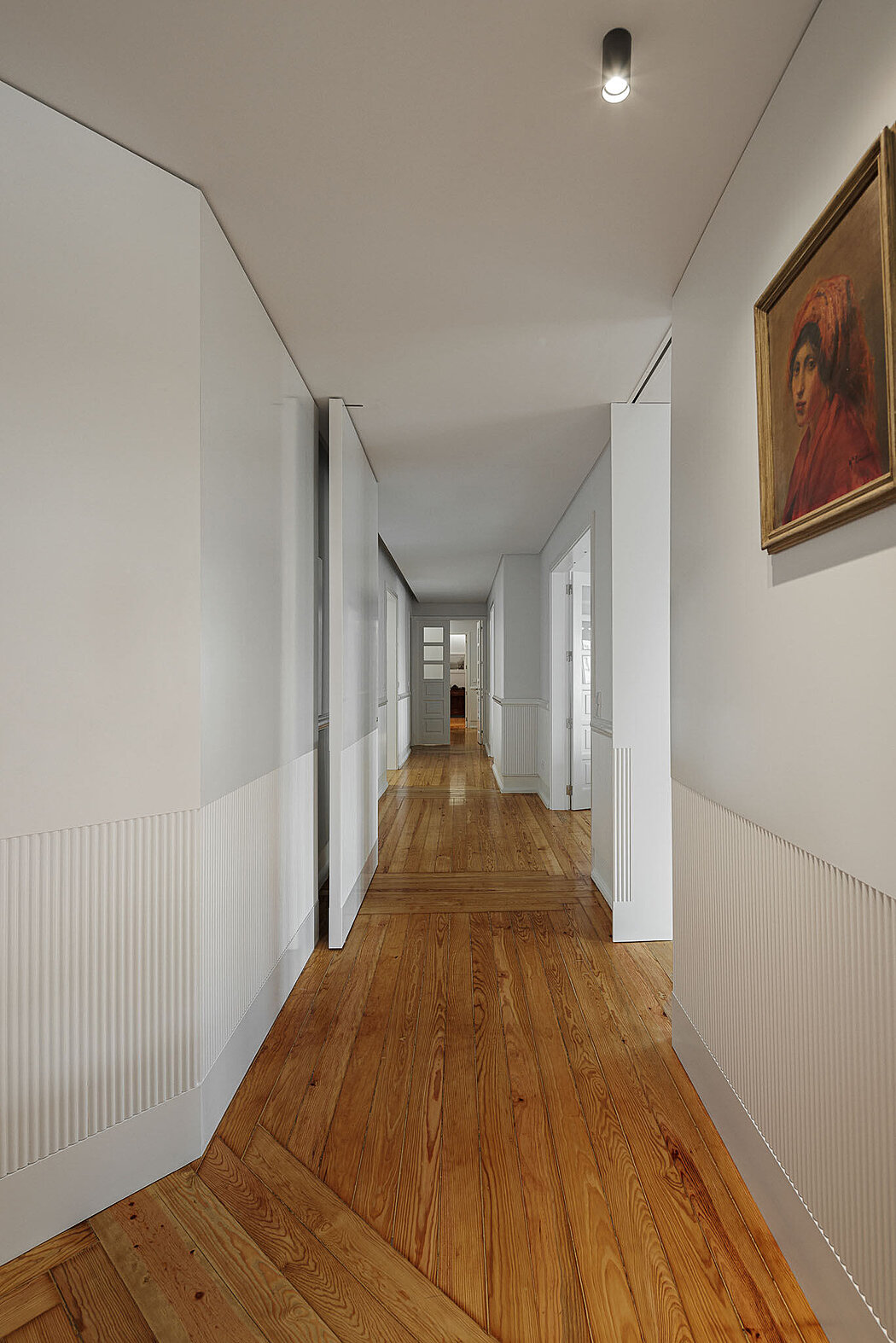 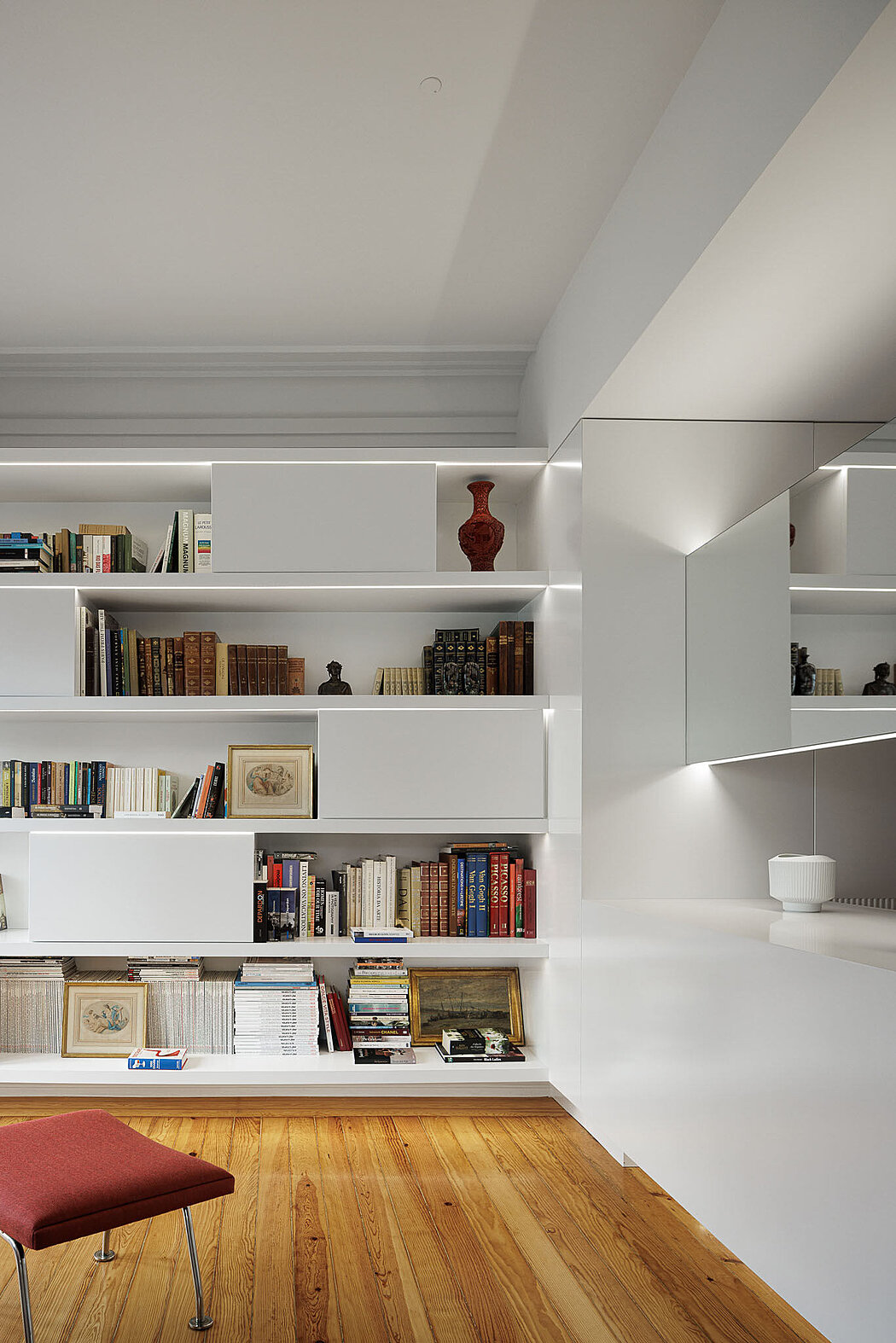 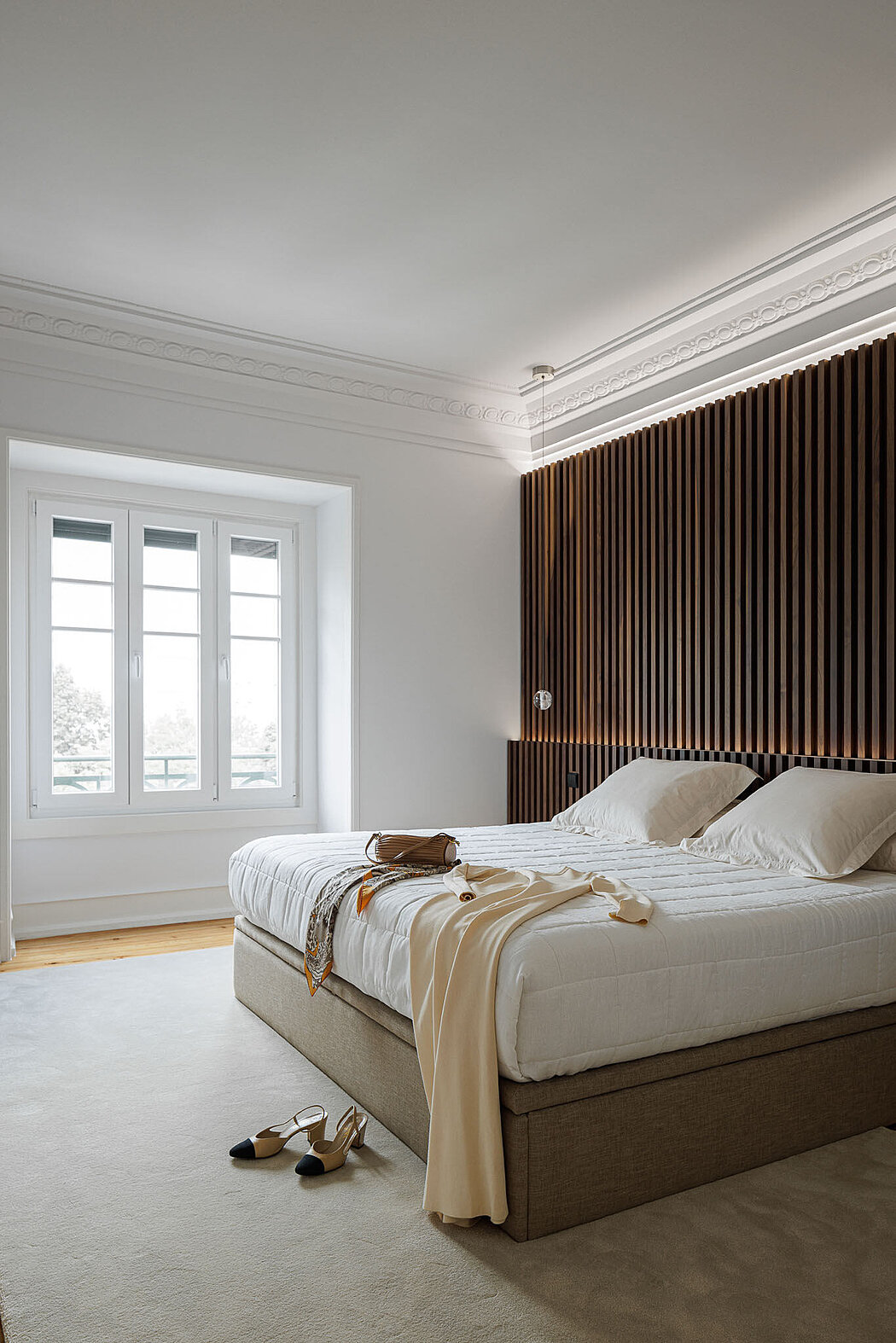 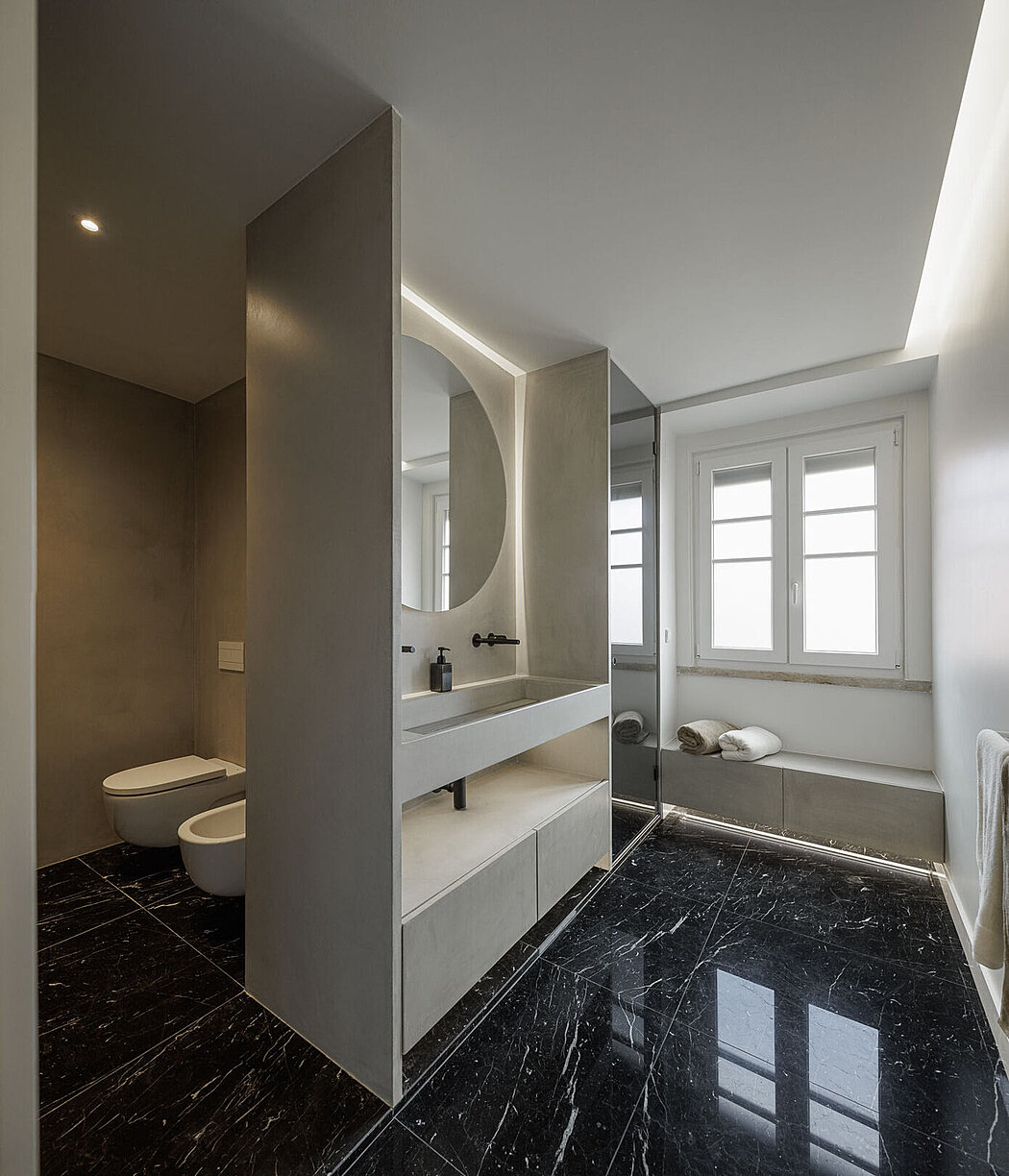 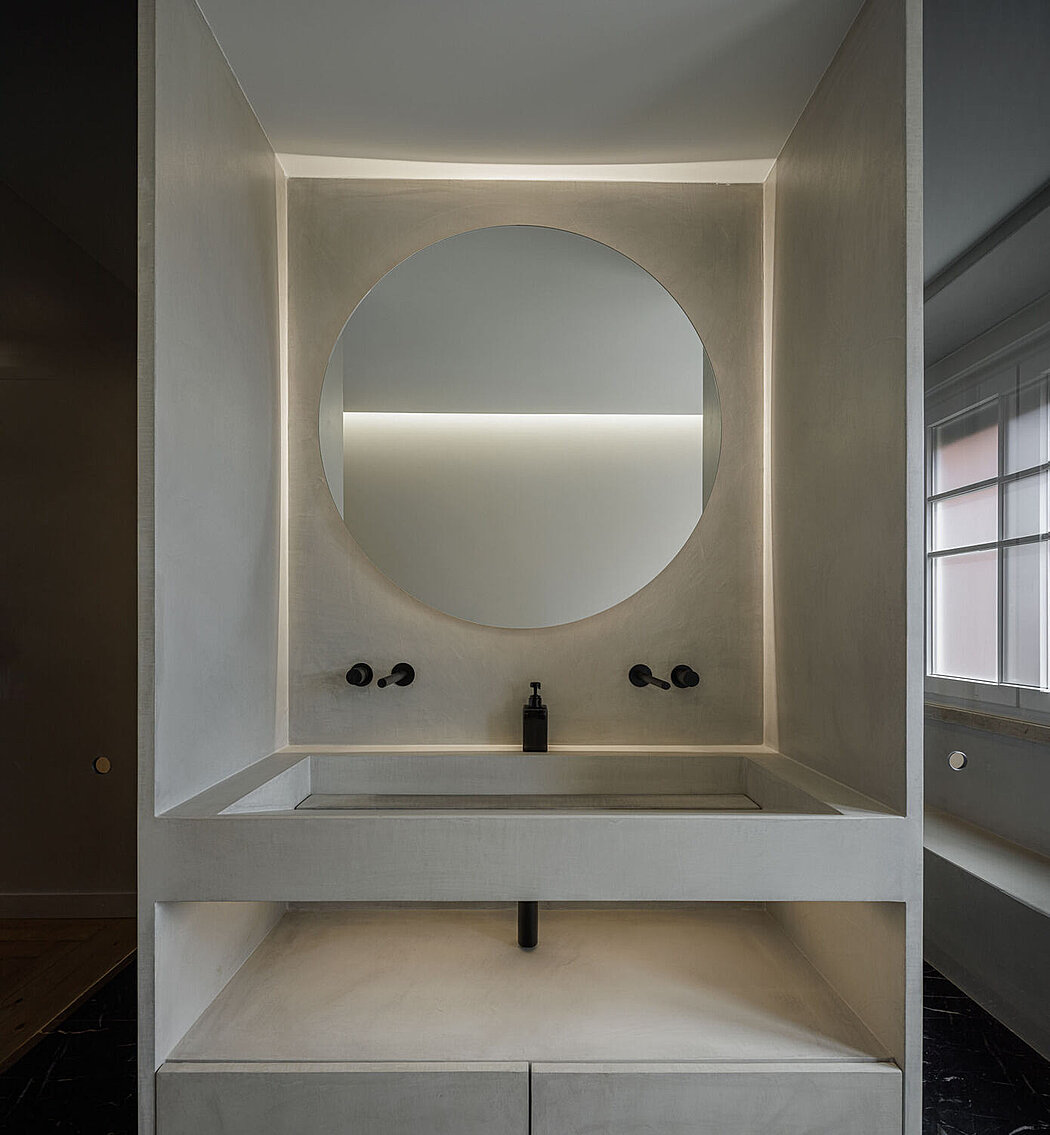 Located in one of the main arteries of the city of Lisbon, Avenida Almirante Reis, the Apartment is an integral part of a building built in the 40s of the 19th century. XX. designed by the Architect Manuel Norte Junior (1878 -1962), whose works are easily identifiable by the introduction of decorative elements inspired by Art Nouveau, including distinguished in several works in the city of Lisbon with the Valmor Prize.

The building in question, one of the architect’s last works, was created at a time when Norte Júnior was trying to move away from the eclecticism with which he was known, while maintaining, in a way, its imprint in the face of emerging modernism.

This fact is very present in the building as well as in the apartments, in our case the apartment, despite having been the subject of interventions over time, some decorative elements of the time were preserved, such as the worked ceilings in the social areas.

With great areas and well-distributed and illuminated spaces, the project fundamentally focuses on adapting the existing to new contemporary uses, preserving the identity and memory values still present in the apartment.
With two independent accesses, the main one, and a service one with direct access to the kitchen, the proposal aims to maintain the accesses and their spatial hierarchy, being proposed the introduction of a small vestibule in the main entrance, the alteration of the kitchen area, and the transformation of the apartment into just two bedrooms, one of which is the master bedroom with a large dressing area and a small office.

The project maintains the location of the existing social spaces, preserving their dimensions and therefore their ceilings.

The lack of a vestibule in the apartment, whose access was immediately preceded by the circulation corridor, created a challenge for the introduction of this area in a small space without natural light, which was partially achieved through the “semi-opening” of the vestibule to the library, separated by a bench and a slide suspended in a mirror.
The vestibule marks the first moment of entry into the apartment, allowing the connection to the interior of the apartment through two large doors, the sliding door that gives access to a parlor, and the other pivot door that opens onto the extensive corridor giving access to the other compartments.

The corridor is characterized by the reinterpretation of its wainscoting, composed of a horizontal frieze and a vertical rib in white lacquered wood, this feature is even identified in the vestibule space.

Walking along the corridor allows access to the living and dining rooms, which communicate with each other and between the parlor and the library, all of which are different from each other due to their carved ceilings.
Through the corridor, access is also made to the kitchen, which has undergone a profound transformation, making it more functional and adapted to the new requirements. the colored three-dimensional ceramic mosaic cladding.
The kitchen is also composed of its large balcony through which the maid’s room and the laundry treatment area can be accessed.

Finally, the most private area of the apartment consists essentially of two bedrooms, and a sanitary installation to support one of the bedrooms.

One of the bedrooms considered the main one, is composed of a small circulation corridor that separates the dressing area from the sleeping area, and this is not only characterized by its ceiling but also by the bed head wall, made up of vertical walnut wooden elements which are also used to light the room. It will be from the dressing area where you have access to the small office and the private toilet.

The transformation of these last spaces (kitchen and master bedroom) required greater intervention, and it was necessary to guarantee the structural integrity of the building by adopting a structural reinforcement solution in a steel structure, properly articulated with the existing construction, consisting of wooden slabs, walls solid clay brick interiors and stone masonry exterior walls.

In terms of materiality, it was possible to recover practically all the existing wooden flooring, replacing the flooring in the wet areas, such as the kitchen and sanitary installations, as they were badly damaged. Some existing wooden elements, such as doors, skirting boards, and others were partially recovered and/or replaced by replicas to safeguard the memory value of the space.

The new materials and elements introduced are in harmony with the existing ones, clearly identified in their time, they stand out, giving aesthetic and functional value to the whole proposal, as in the case of the wainscoting, whose ribbed design is reflected in the kitchen island and in is covering. handcrafted ceramic exclusively designed for this purpose.

The lighting proposal, mostly of indirect diffusion, appears in certain spaces as the main protagonist, but in others, it is assumed as an aid in the highlighting of some pieces or decorative elements.

In addition to preserving elements present in the apartment, there was also a need to safeguard the existence of some furniture and decorative pieces that the owners had in their possession and would like to keep. This fact became an aid in the development of the project, looking for specific spaces for the location of such objects, making them part of the architectural set.