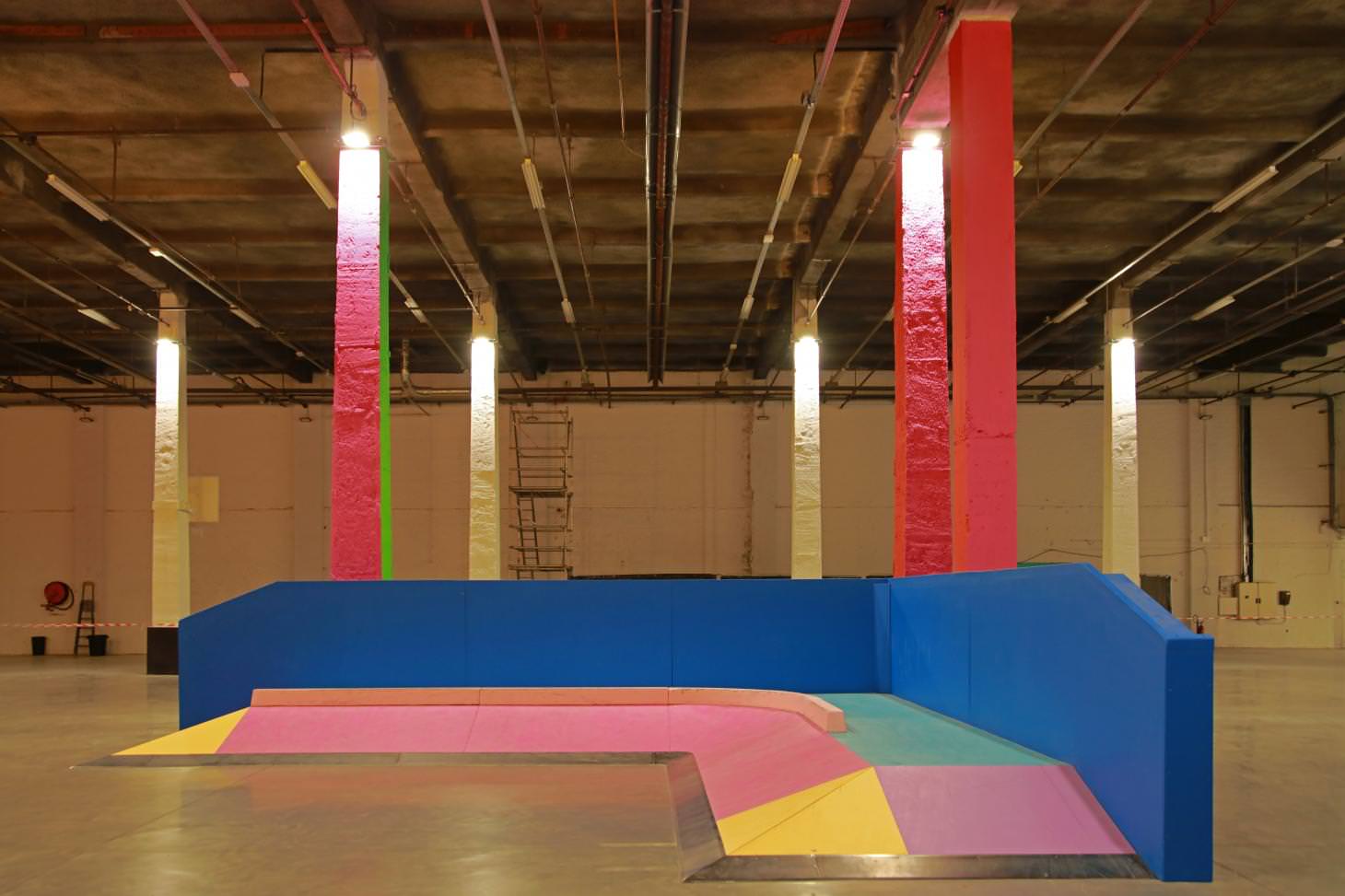 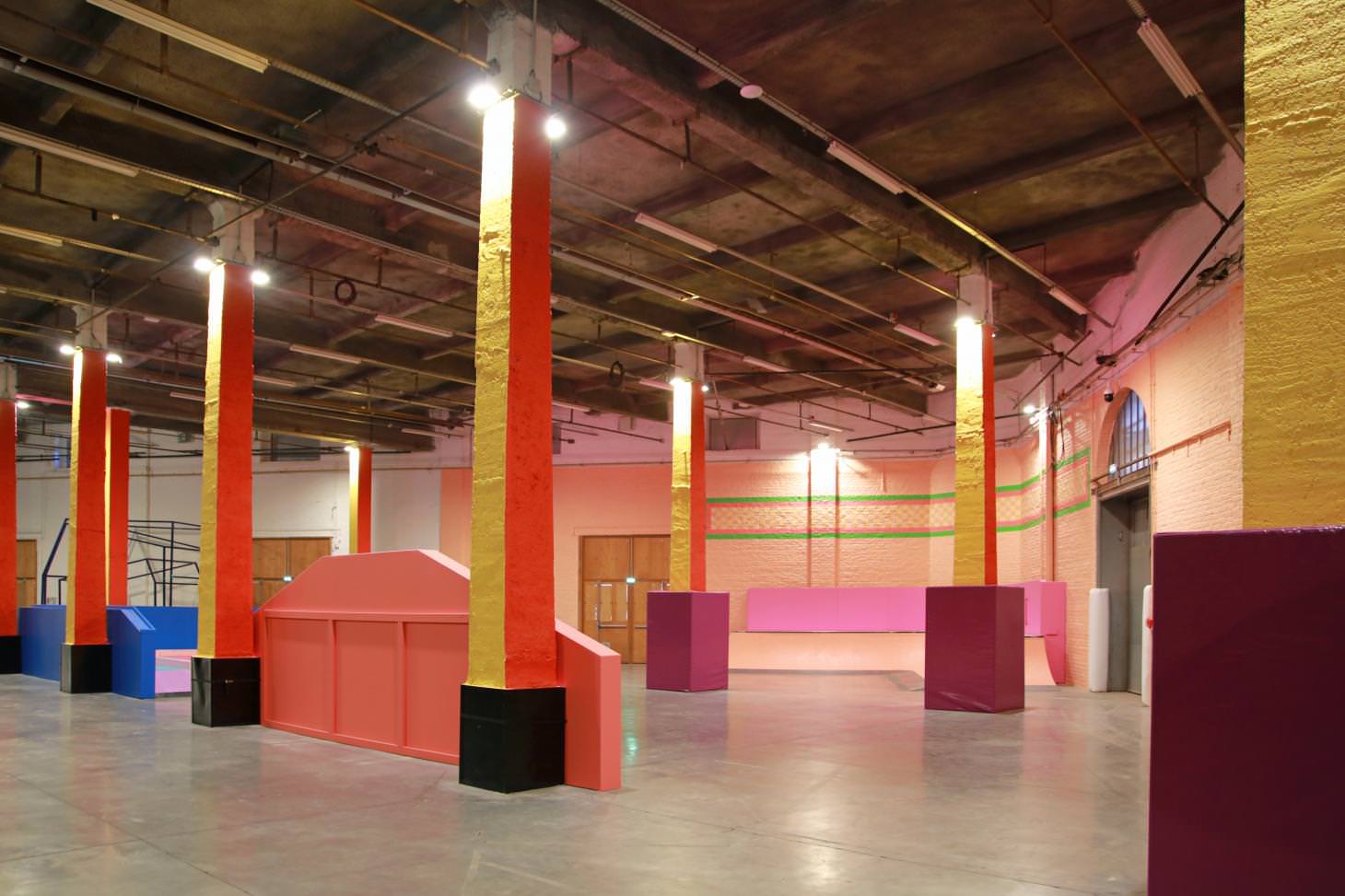 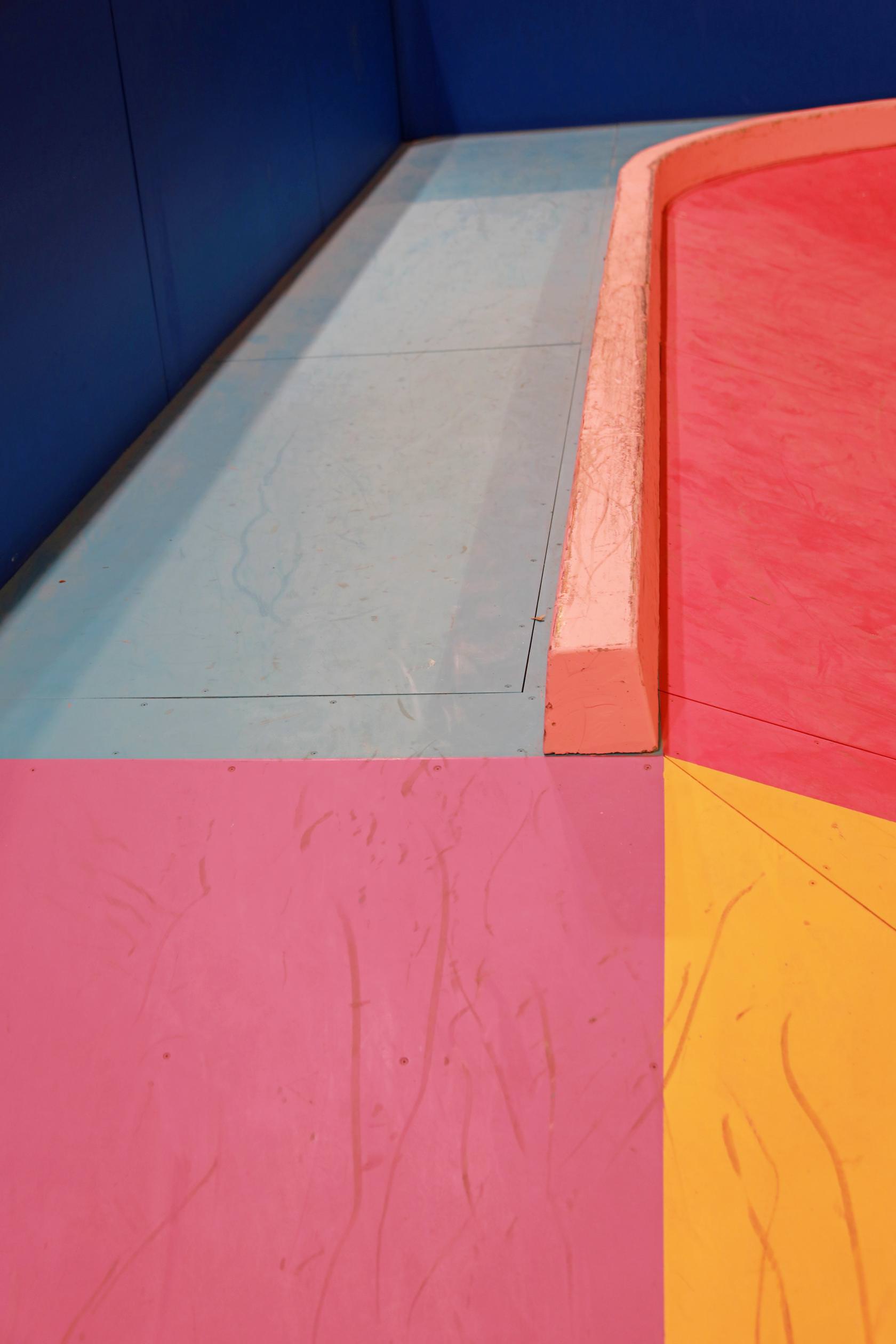 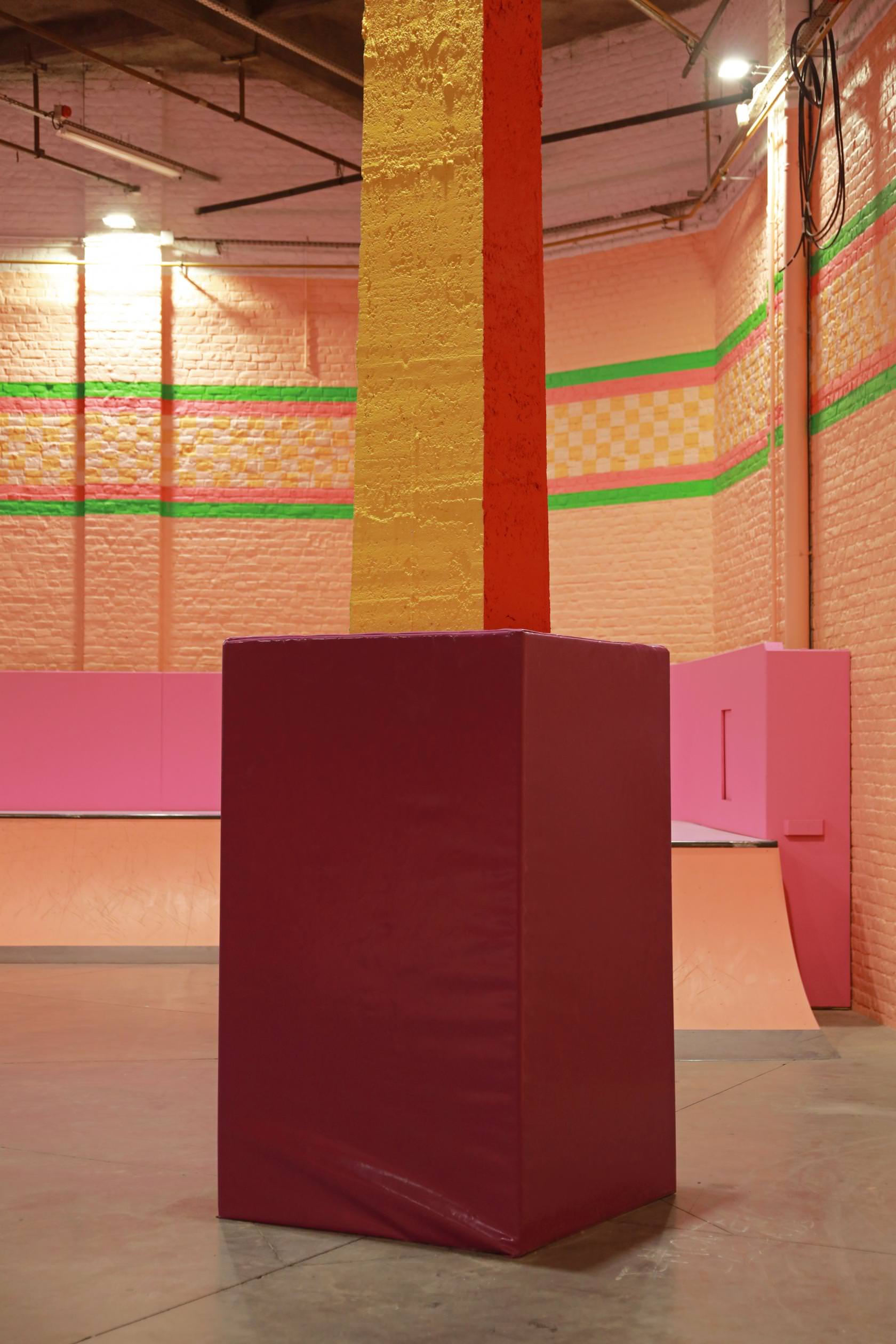 was commissioned by cultural centre to design an indoor skatepark set within a 19th-century warehouse in Roubaix, France. The result is a colourful landscape that fuses culture and community with street art and skateboarding. Calling it cool would be a massive understatement!

The skatepark finds its home within ‘Halle B’, a 1,550 square metre area inside a warehouse renovated by French architect Patrick Bouchain. Previously used for exhibitions and events, the space is now an inclusive social hub, designed to bring together different people within the community.

British-Nigerian designer Yinka Ilori worked closely with a team of professional skateboarders throughout the process, which often made him reconsider his choices. He says, “skateboarding is a unique art form on its own. It’s performative: there’s an audience, you’re doing tricks. So, there is that element of display and flamboyancy – it’s quite a big thing to watch.” He goes on to express, “I think as designers, we have to understand that sometimes we’re not designing only for ourselves, but for the people. This was quite a collaborative process, which I’m really grateful for.” 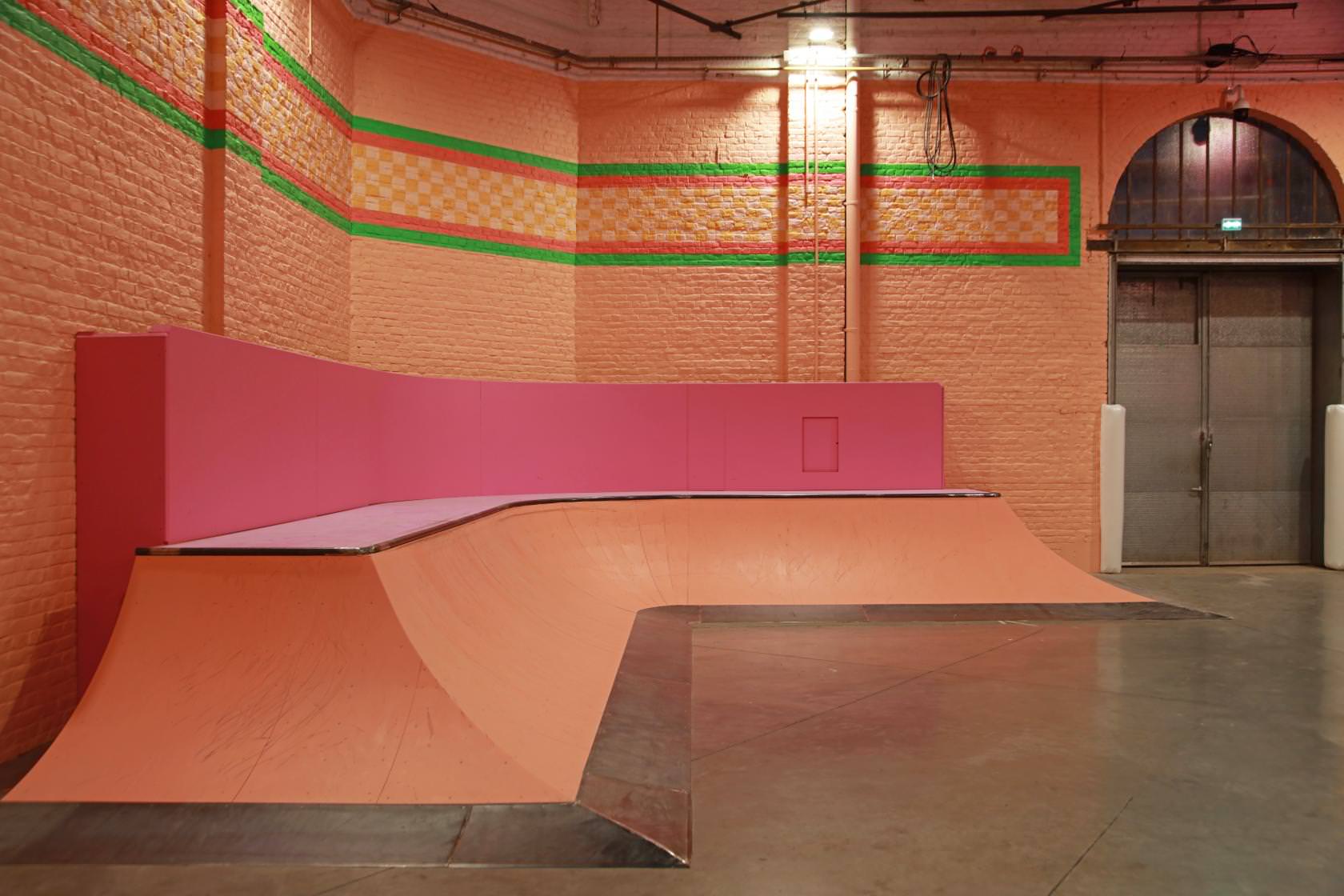 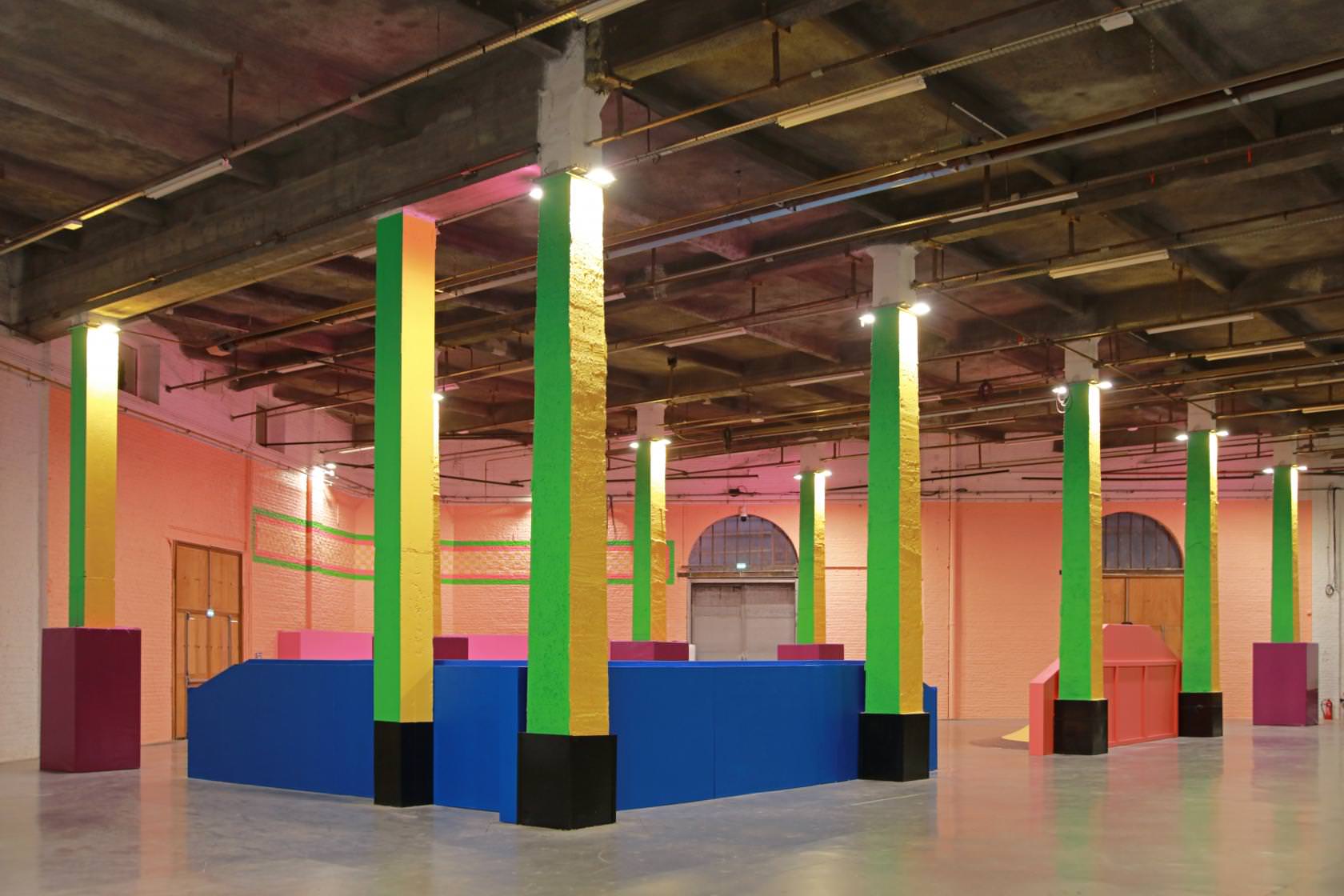 The vivacious, playful colour palette was in part inspired by the building’s 19th-century facade – Ilori referencing its lacquered tiles in a colourful motif on the walls. Structural columns grow out of the ground like over-sized lollypops, each face dipped in a different bright shade of red and gold. Brick walls are painted a peachy tone, breathing new life into the warehouse’s existing industrial shell.

The design features different modules including blocks, ramps, and partitions which all speak with a bold, bright voice. Although all of the elements have a powerful language individually, they all manage to sit alongside one another in harmony. The resulting scheme can feel like an assault on the senses but in the best way possible. Its boldness becomes its superpower, as those within cannot help but be positively impacted by its all-consuming energy. 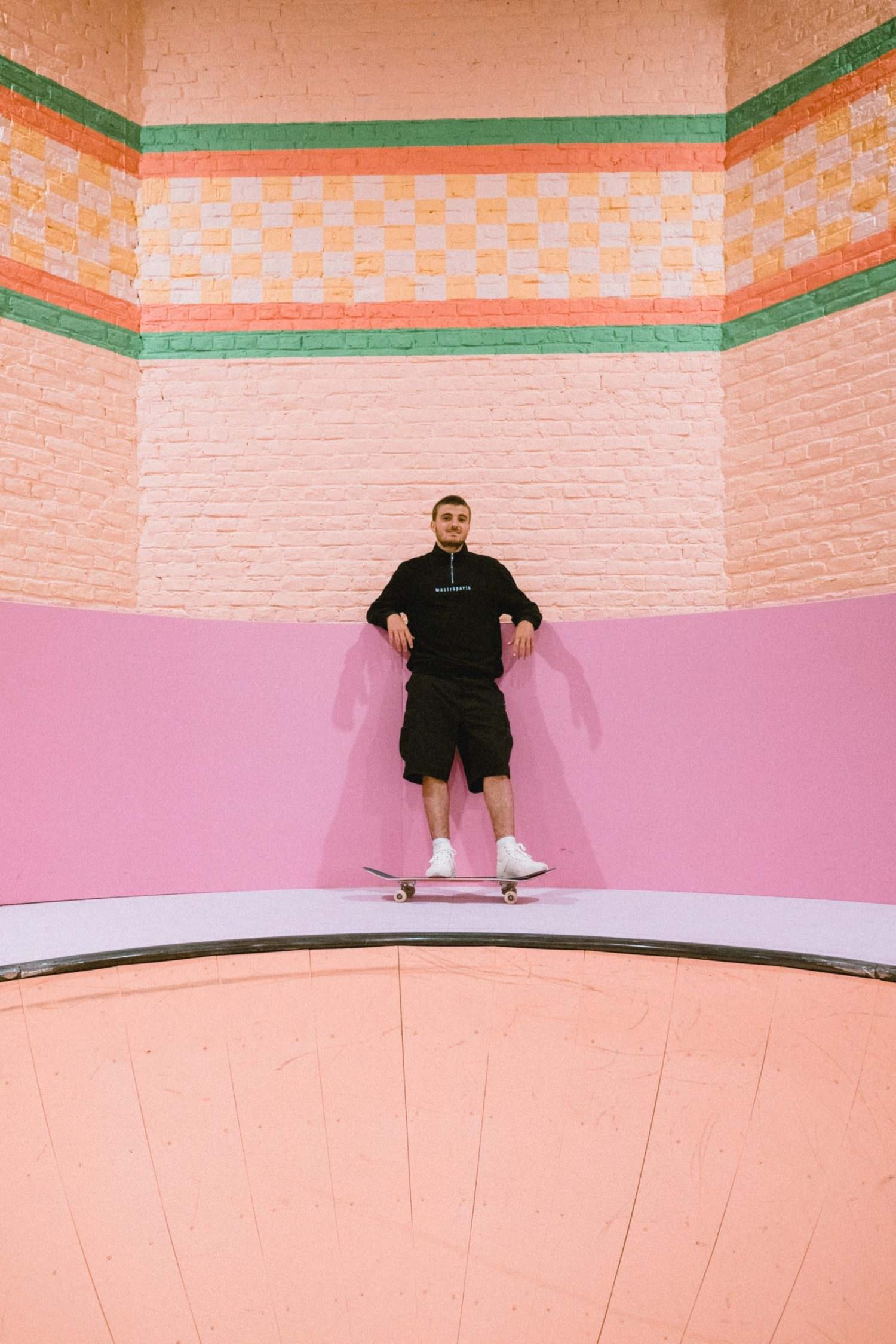 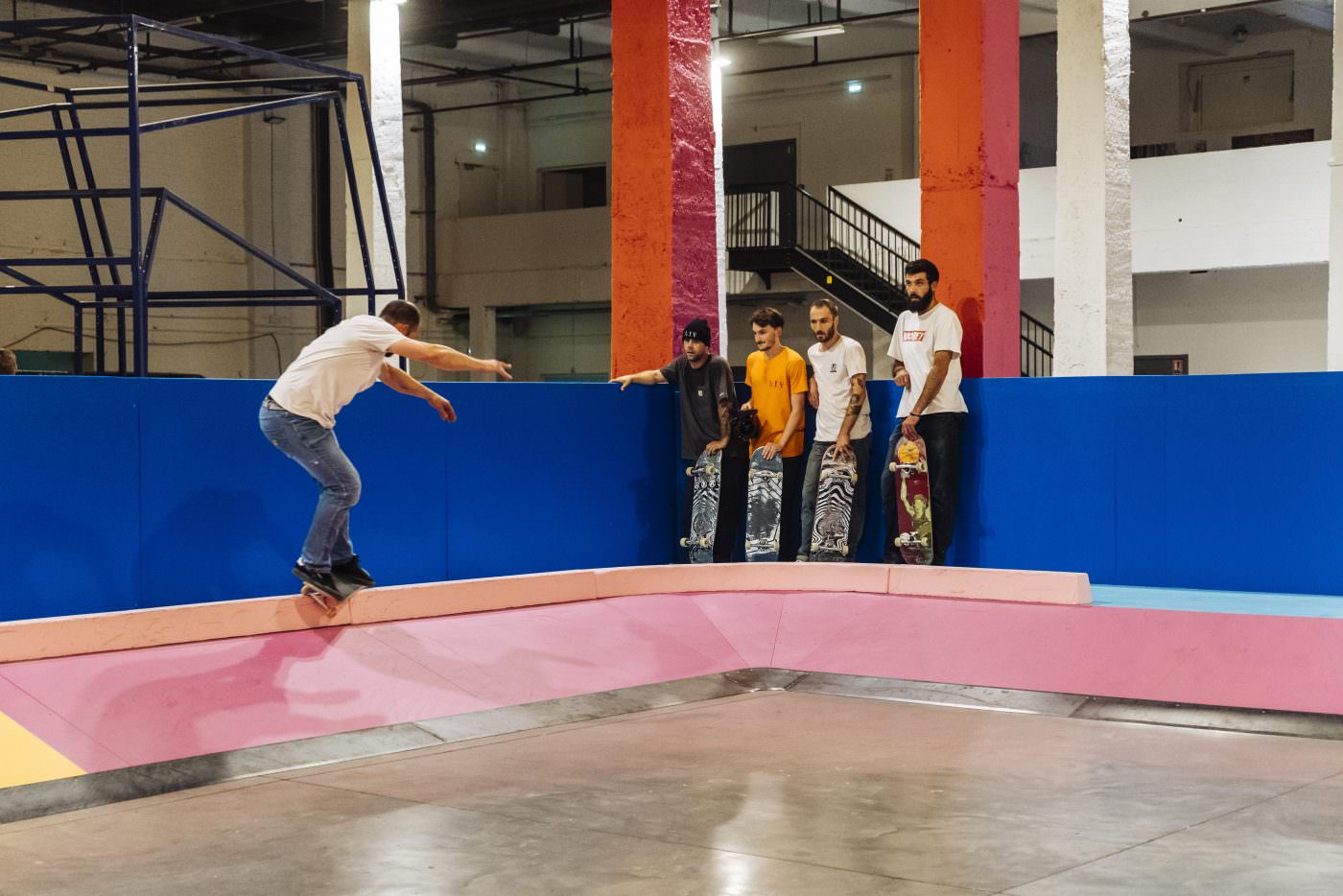 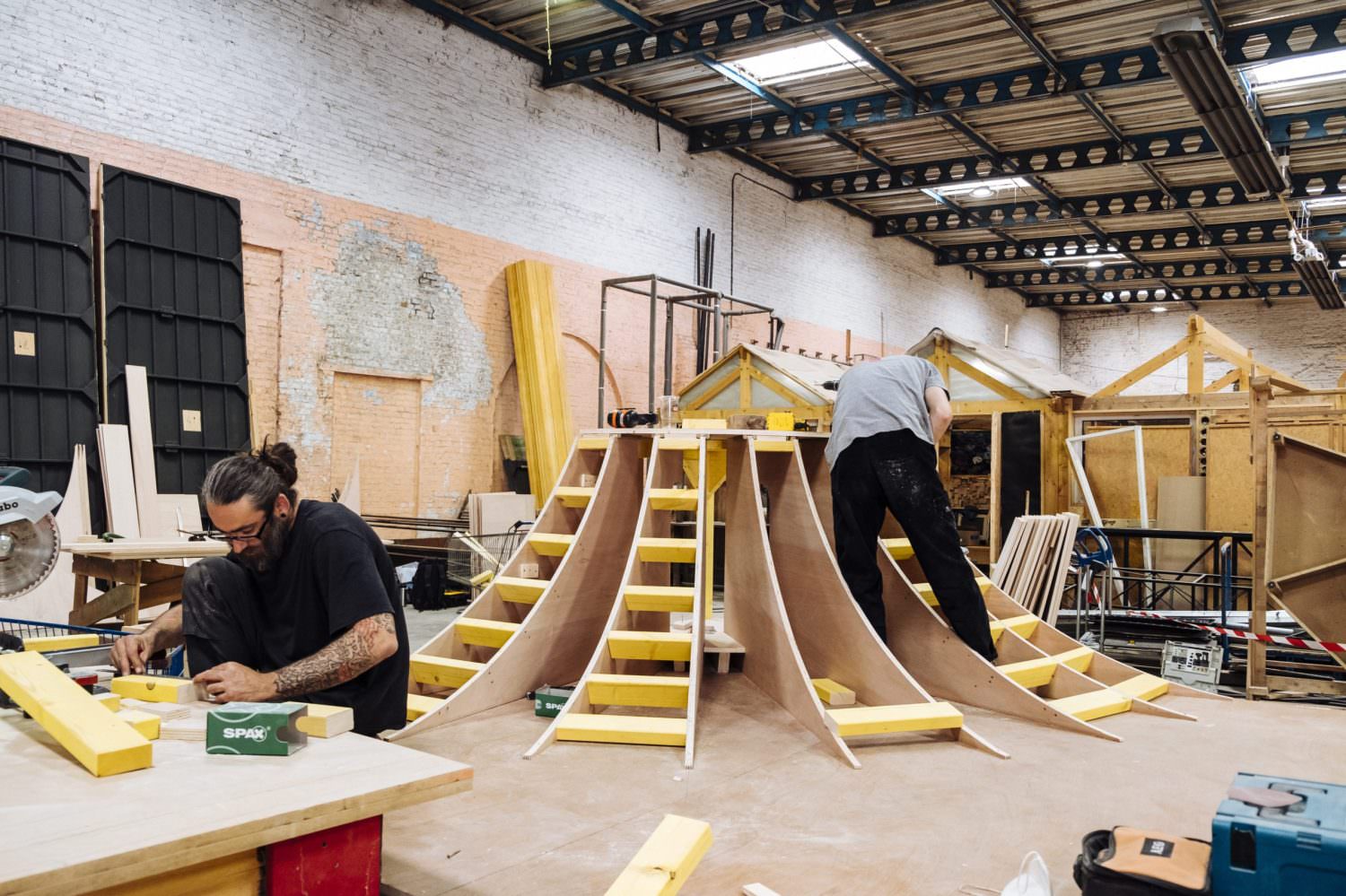 Students from a local high school were engaged in the project’s construction, helping to build and paint the facilities designed for them.

“Skateboarding is not only about skating, but it’s also about being part of a community, it’s also being part of a family”, Ilori explains. Therefore, he endeavoured to create a space that is joyful and inclusive, concluding that is efforts are “allowing room for stories to be told and created”.