To say I was suspicious of booking a low-cost carrier to go to to a place that would require over 10 hours of plane travel would be a bold understatement. In fact, when news first hit that Singapore Airlines were launching Scoot, a low-cost airline that offered incredibly cheap deals to go to the likes of Singapore, Bali or Australia I had immediate horror visions of zero leg space, non-reclining seats before my eyes and I didn’t give it another thought. 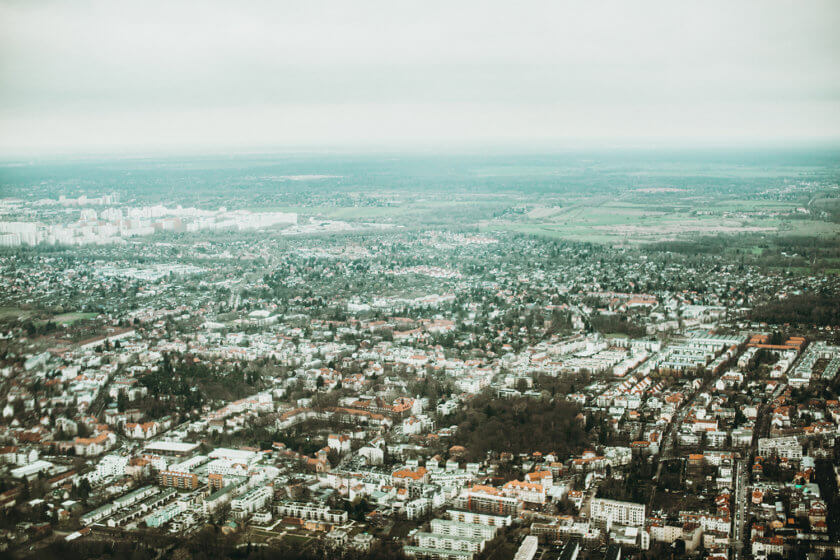 When the time rolled around to find flights to go to Australia for the first time in 10 years, the thought of spending €1200 on a return ticket for both myself, my son and our babysitter made me hyperventilate even more so I decided to do a bit of background research on Scoot which had deals at about half the cost.

By a lucky coincidence Scoot’s marketing department got in touch with me around the same time and asked for travelettes to review their service. So full disclosure: while Scoot treated us to complimentary flights from Sydney to Berlin, via Singapore, I also chose to book (and pay for) Scoot to fly from Berlin to Bali for the first leg of our journey. This report will factor in both flight experiences.

I started the journey fully prepared to be flying in some old, stinky plane from the 70s that was handed down from Scoot’s big sister Singapore Airlines. I knew there wouldn’t be TV’s in the seats and I connected the fact with old school carriers. Luckily I was so wrong. The plane was new with state of the art windows that darken and brighten by one click of a button, with perfectly solid amounts of leg space and really very comfortable seats. Nothing about it felt cheap and would set the tone for the whole experience. 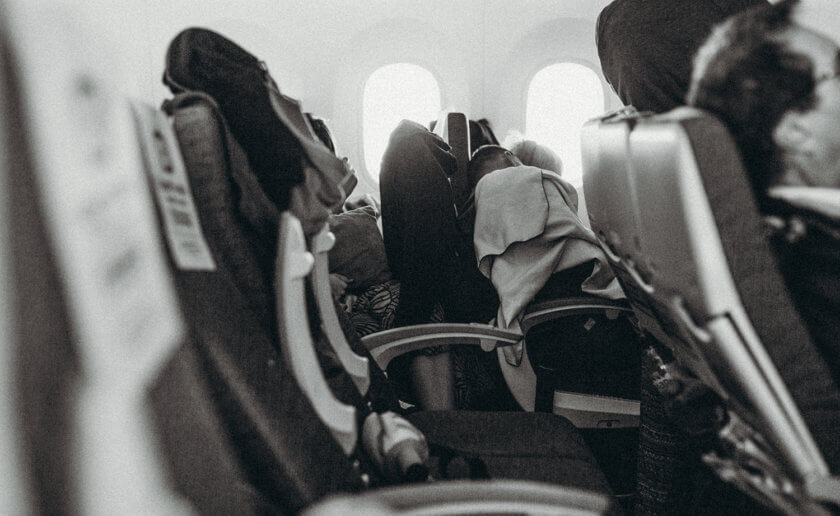 There is no food or drink automatically included in your flight and bringing food and drinks on board is officially forbidden. That said, no one checks your bags so sneaking in a sandwich and a banana is definitely possible. There is of course a menu on board allowing guests to purchase wraps, sandwiches, hot meals and all sorts of snacks. Big thumbs up from me for including a healthy variety of vegetarian, pescatarian and vegan options which is by no means a given in other low-cost airlines. The coffee costs around €2,50 and was probably the best coffee I’ve ever had on a plane, so I had two. 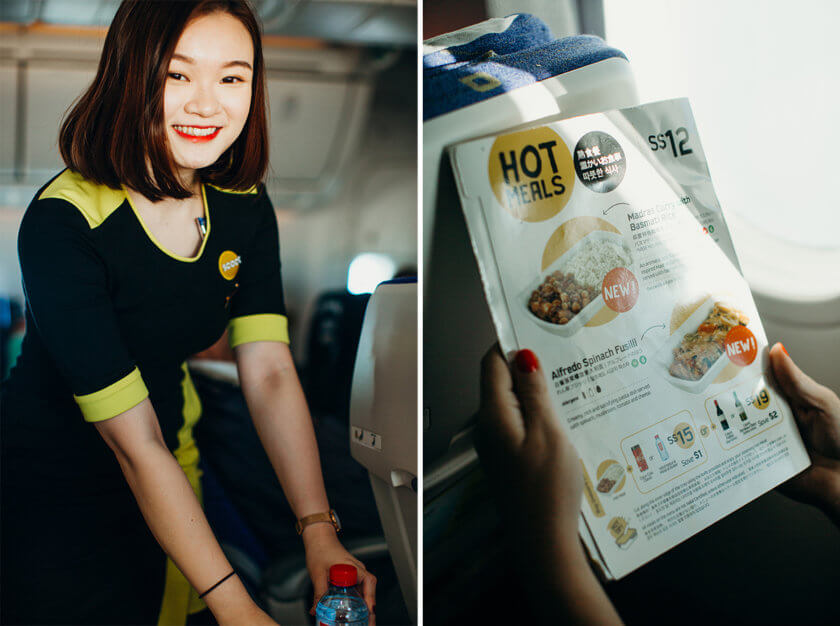 While food was zero issue on our flight from Berlin to Singapore which leaves at 9am, our return flight, which was a night flight had us go through baggage check at the gate itself, with no possibility of buying a water bottle or filling an empty plastic bottle before boarding. So unless you can go without drinking for 14 hours, you may have no choice but to purchase a bottle.

Truth be told I wasn’t far from a panic attack when I first found out that the 13hour flight to Singapore would not come with TV’s in the seats. Especially since this was a daytime flight I saw myself go into ultimate boredom, unable to entertain my 4-year old, let alone myself for that long. It’s one thing to equip oneself with books to read and card games to play and to do these things for an entire day. But it isn’t nearly as bad. Scoot in fact DOES feature on-board entertainment, however it can only be accessed via an app one has to download prior to departure (unless you use android in which case it can simply be accessed via a browser). To be able to use it you do need to invest a couple of bucks, but the deal is decent, considering you get free access to some of the hottest movies in theatres. That said, anyone with a Netflix account might be content to simply do some downloads and watch those for the duration of the flight – works especially well with small children! 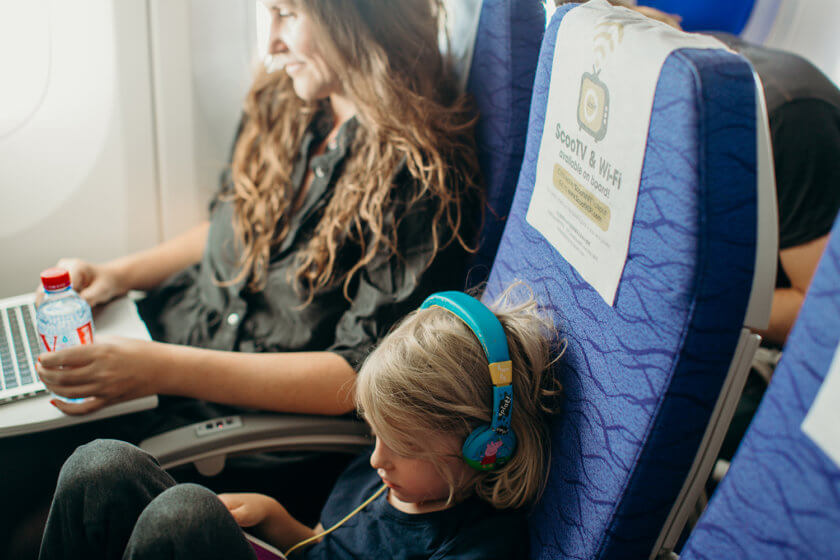 Speaking of kids, I had my 4-year old with me who is more of a routined flyer than most grown-ups, having visited nearly 40 countries in his short time on earth. He is my ultimate measurement when determining how well a flight went or didn’t. I was nervous about this one, since I know my kiddo to be fussy when it comes to how comfortable planes are. I also know he enjoys a bit of inbuilt TV with his flights so I expected some disdain over the lack of TV-screens on these planes. Overall I can say that this flight experience was one of the best we have had, in part because had 3 seats to ourselves on the return night flight which was overnight, that way he got a full 8 hours of sleep and jetlag wasn’t even an issue when we came home. Since i knew not to expect food I had packed all the foods we both love and everyone knows kids love snacks, so that was a win for both of us as well. All in all, I would not hesitate to fly Scoot again with a young child. 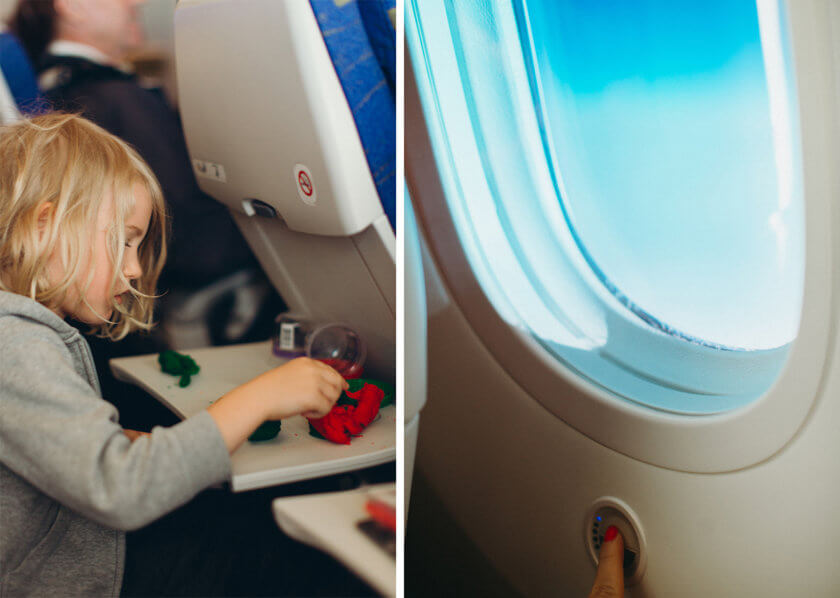 No doubt the cost factor is the biggest plus when it comes to Scoot. To get 3 people from Berlin to Bali I paid less than €800 one way which is pretty spectacular. That is without any extras like check-in luggage, on board wifi and TV, food or electricity for your appliances. All those things can be booked for an additional price but little surprisingly those costs can rise quickly and need to be chosen carefully. The biggest extra bucks go to check-in luggage, after all it’s only allowed to bring a 7kg bag on board. I will however mention that no one weighed our hand luggage (wink).

Especially for backpackers who travel lightly and families who have to pay seats for kids Scoot is a fantastic way of getting you to Asia or Australia on a budget.

As much as I was suspicious at first I have thoroughly enjoyed all my flights (4 in total) with Scoot and would book them again in a heart beat. All new planes and a sister airline that just so happens to be one of the best in the world. Fun fact: for our flight from Sydney to Singapore the Scoot carrier had to be exchanged for a Singapore Airlines machine which meant everyone on board got not only a free meal and drinks but also on board entertainment – all for free! So lucky! I would be more than happy to fly Scoot again and think it is so great that there is an airline out there that finally take the hefty price tag off of flights to Bali and Australia which are both such incredible destinations.

If you have any more questions regarding this flight, don’t hesitate to ask away in the comments below!

*Full disclosure: Our return flight from Australia to Germany, via Singapore, was complimentary and provided by Scoot. All opinions are my own