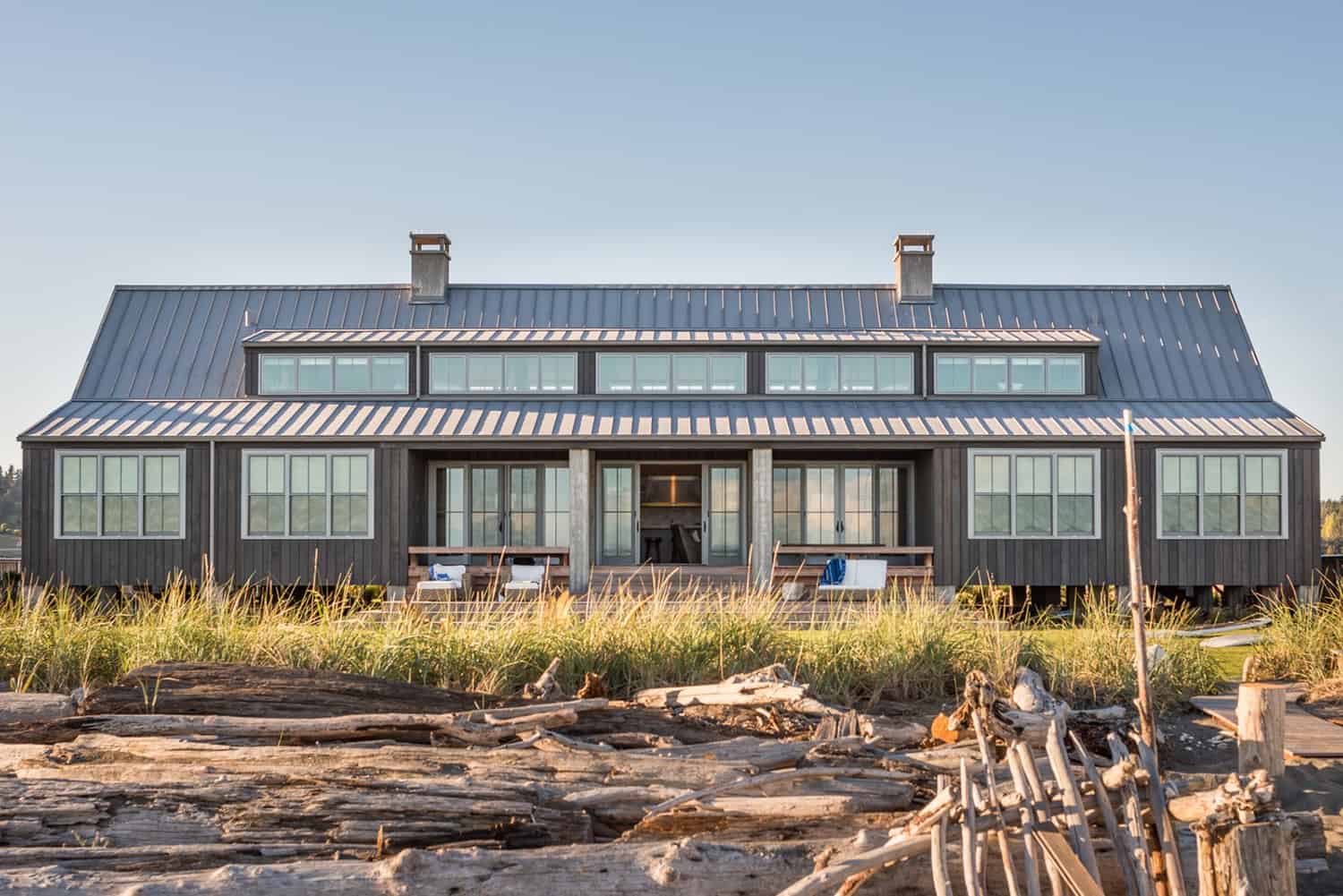 Hoedemaker Pfeiffer was enlisted to design this waterfront shelter nestled on Useless Bay, a bay near the southern end of Whidbey Island, Washington. Useless Bay was so named on account of frequent inclement weather. The community is situated on a 100-year old manmade spit, creating a separation between the open waters of Puget Sound and […]