Located on the Danish island of Fyn, Villa Korup is a modern wooden house designed for a young family of six by Jan Henrik Jansen Arkitekter. 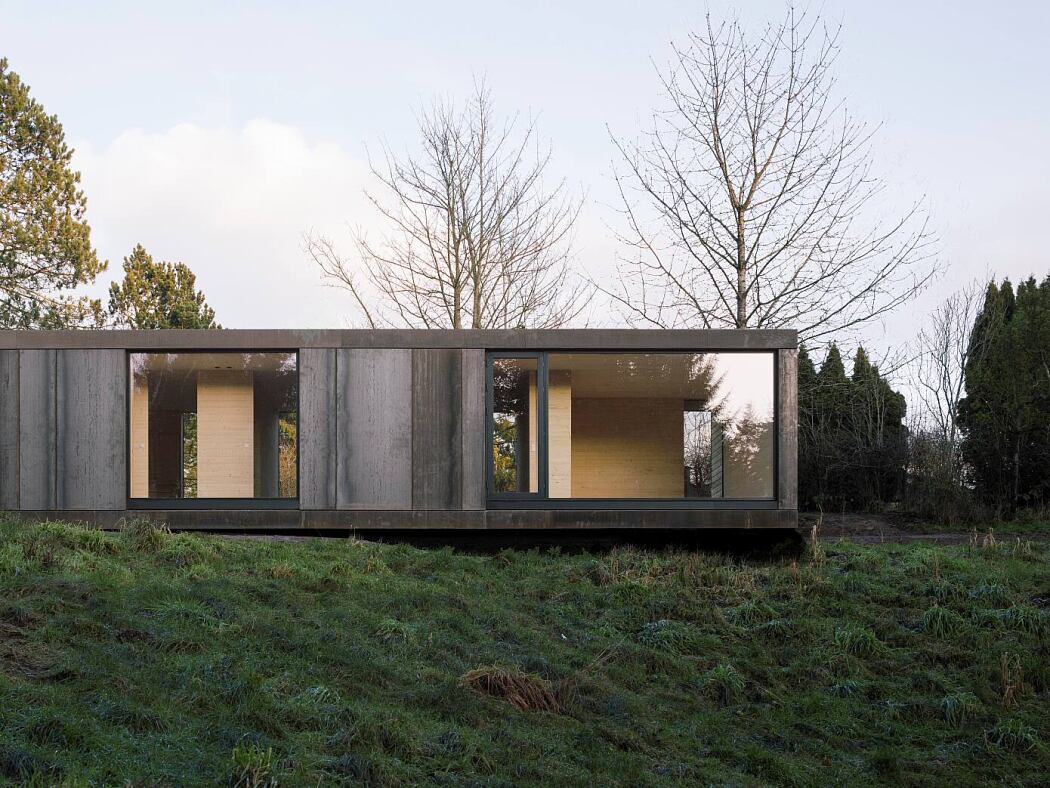 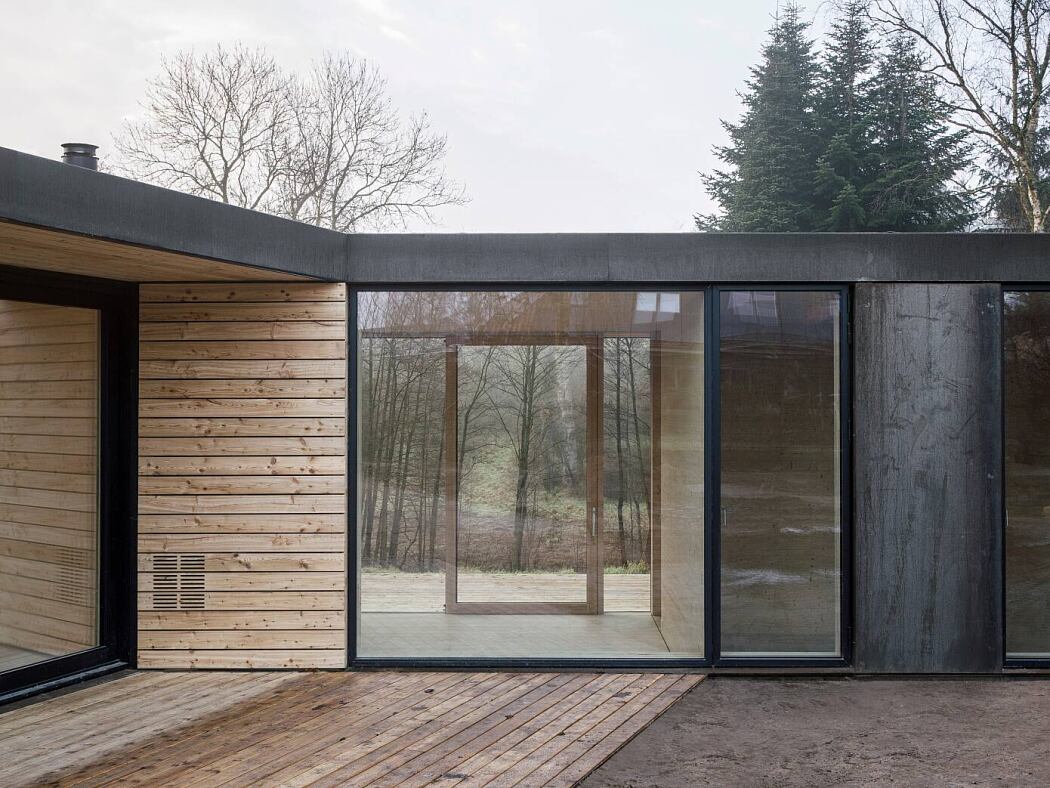 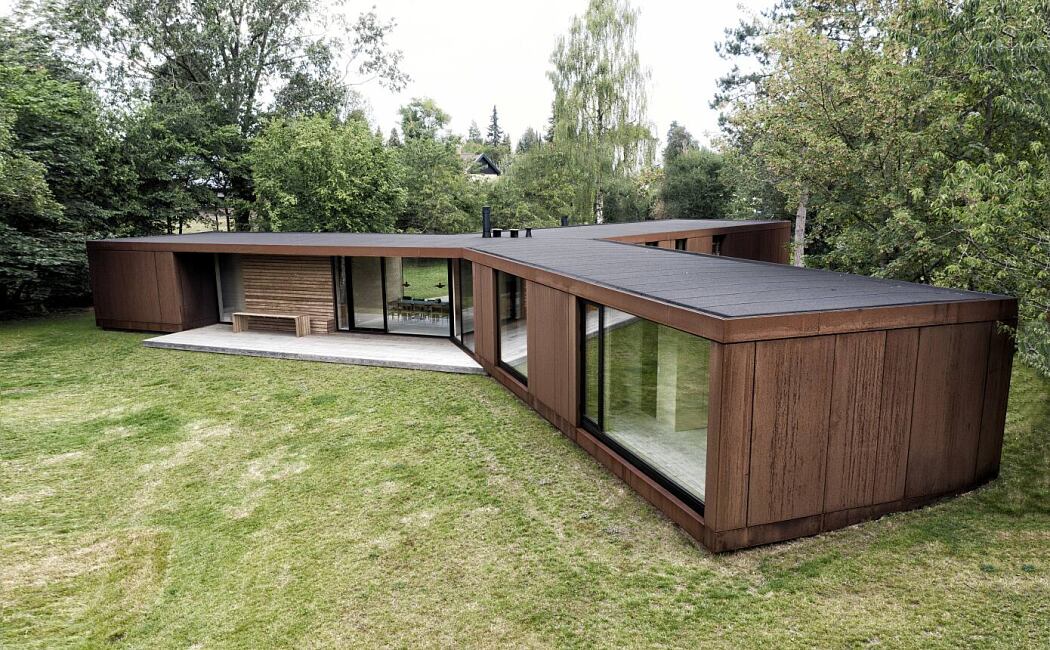 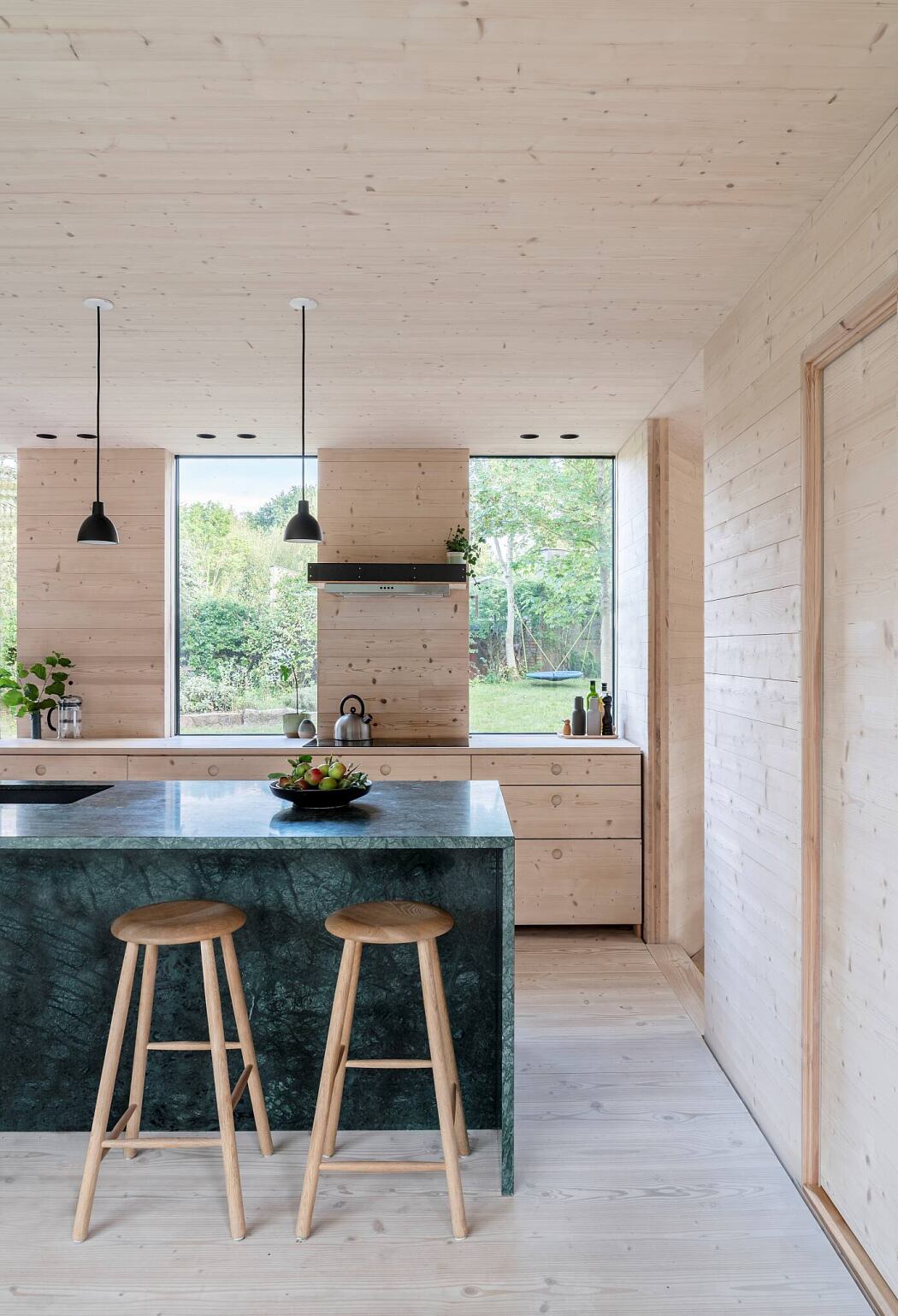 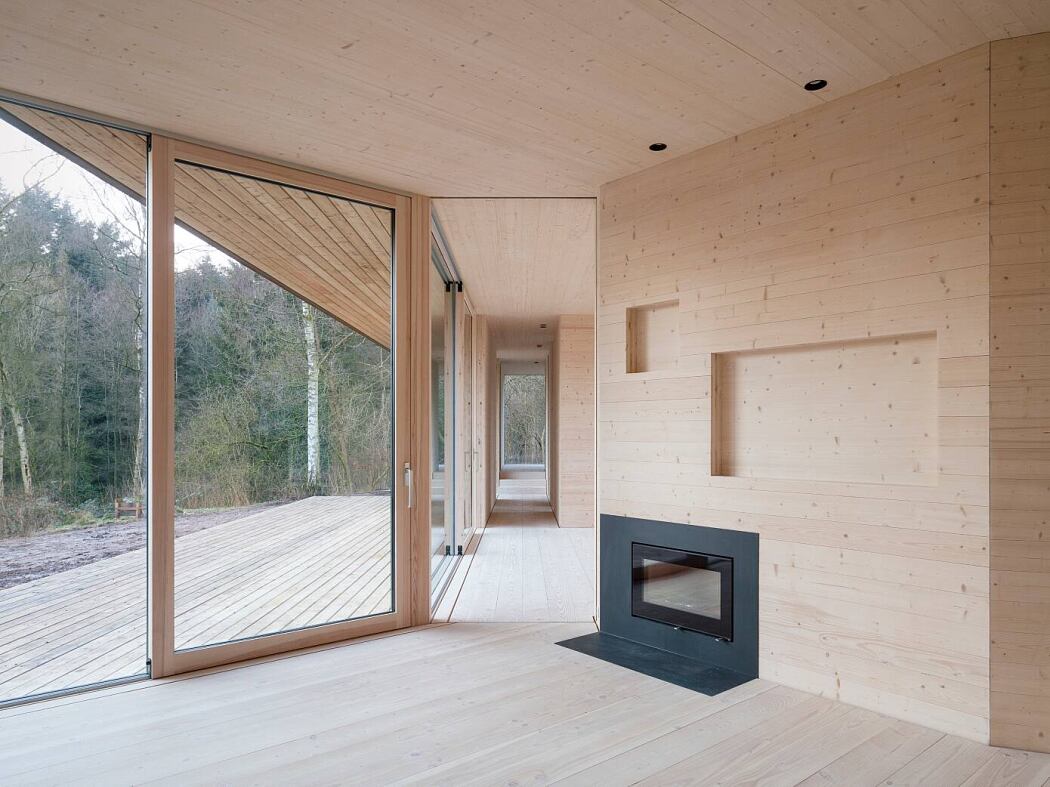 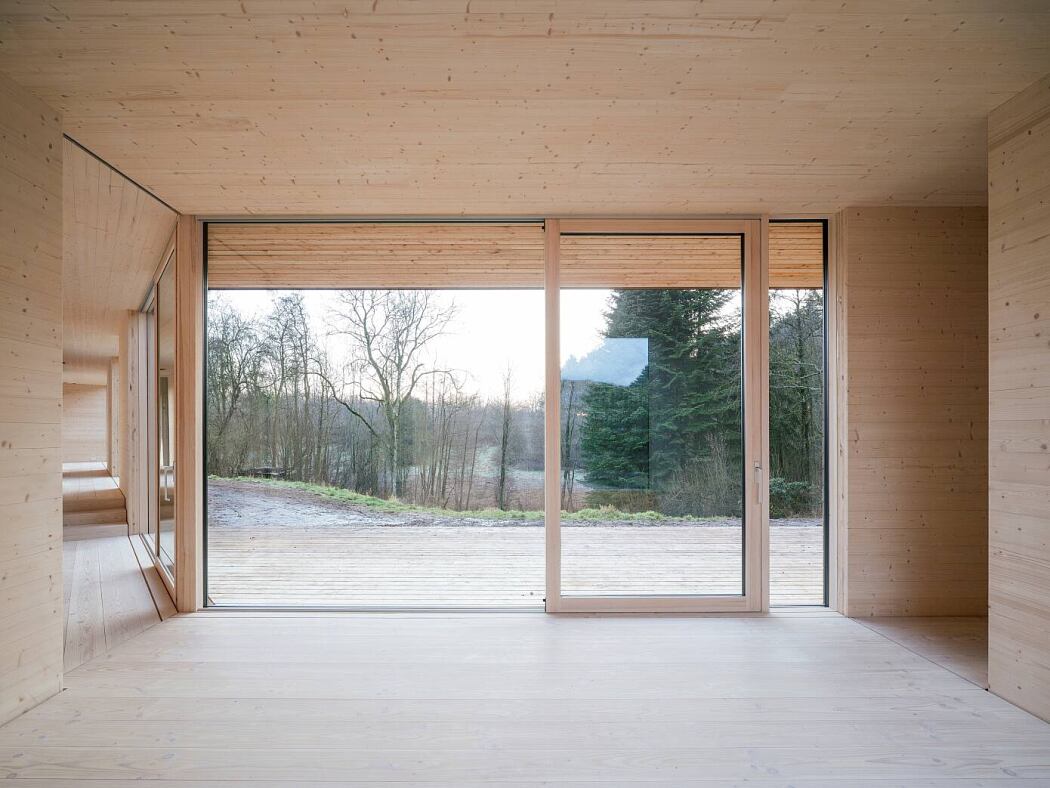 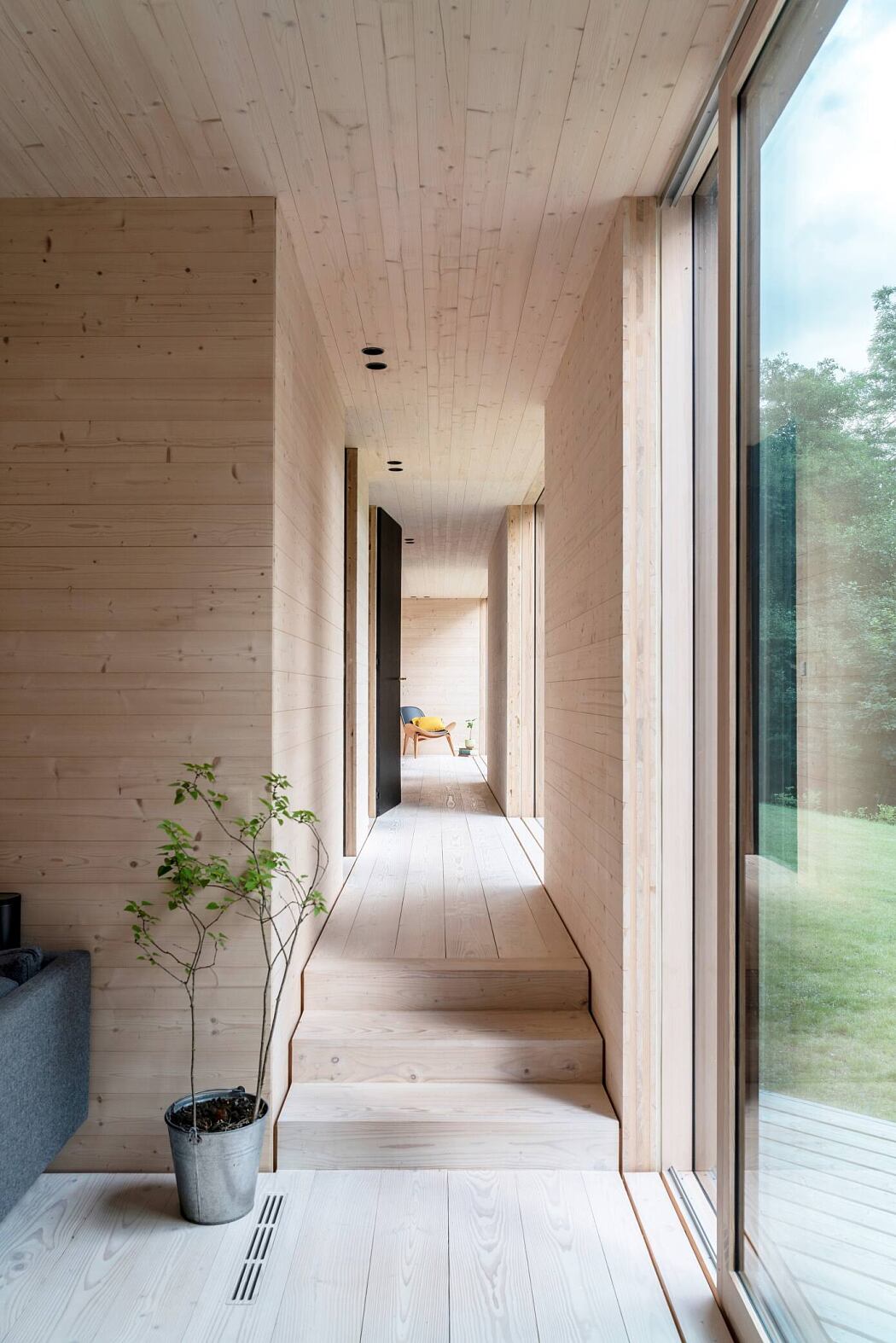 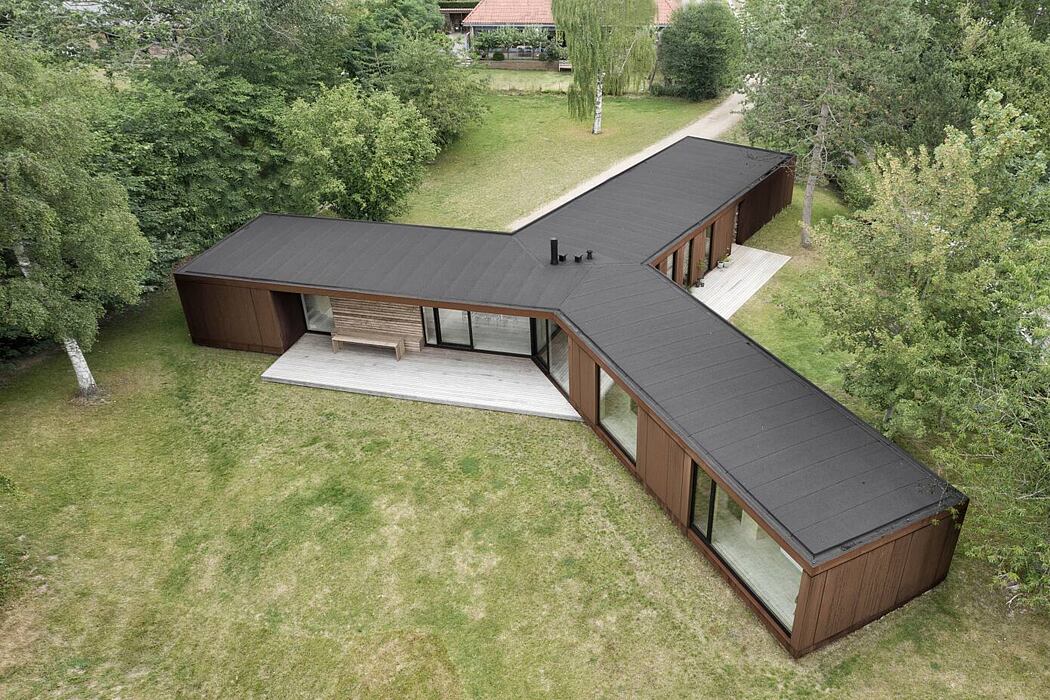 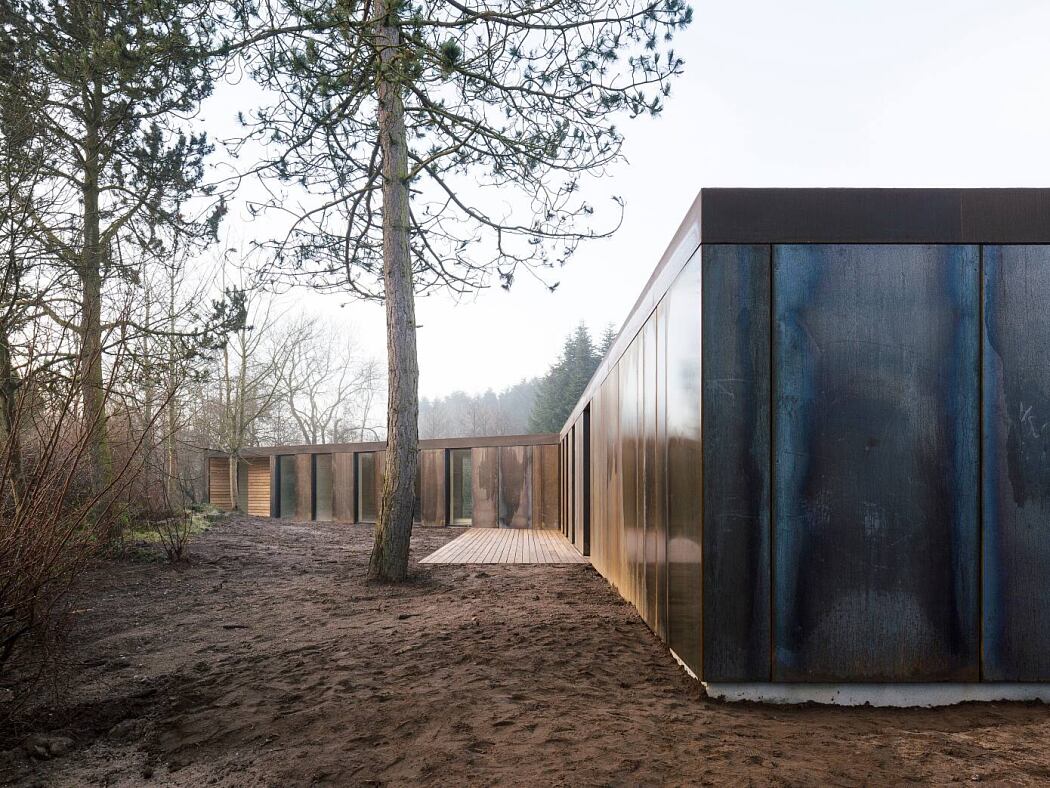 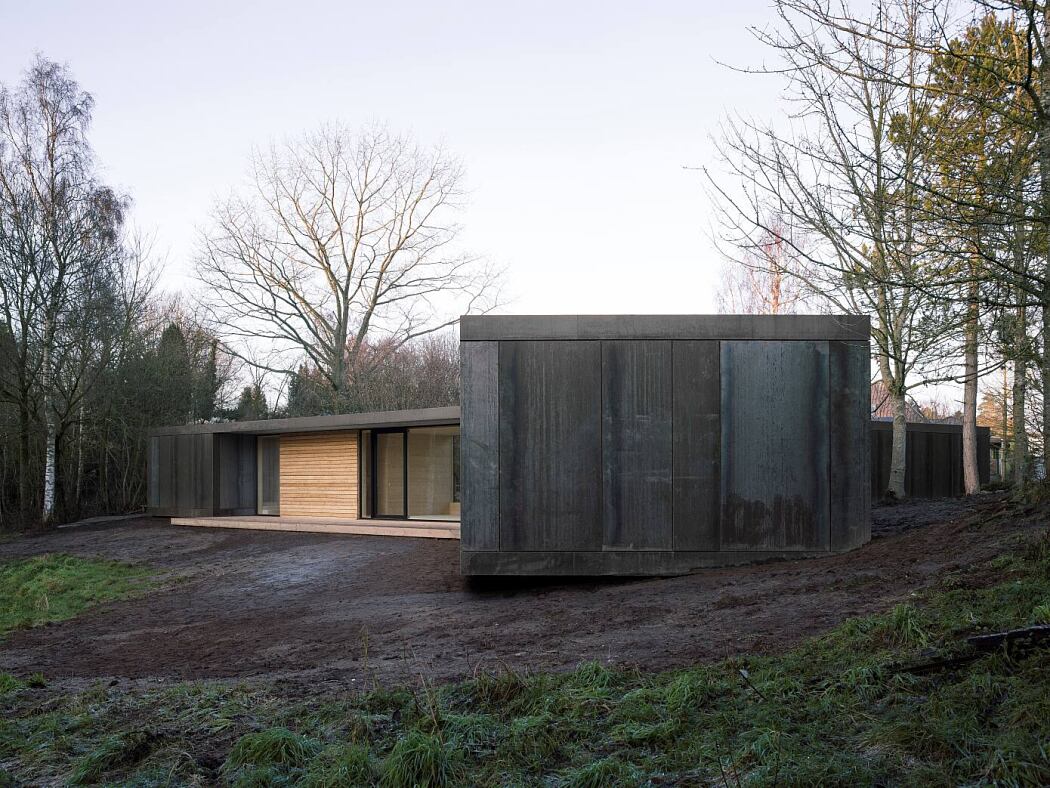 Villa Korup was designed for a young family of six on the Danish island of Fyn after a fire destroyed their previous home.

Internally, the plan provides central communal spaces for the large family to gather as well as more private, secluded spaces at the ends of the wings.

The house is constructed entirely from cross laminated timber (CLT) and clad with panels of raw weathering steel which react to the sites conditions and develop over time; starting out with an oily grey, metallic finish, gradually streaking with orange, fading into a mottled brown and eventually settling into a deep earthy umber. The steel cladding system was developed especially for this house and results in a completely fixtureless facade.

The house was one of the first private dwellings constructed in Denmark from CLT which has in this case been exposed through- out the house and treated in a traditional Danish manner with soap and lye which protects the timber and gives it a soft, resilient finish.

The house was raised in just three days after panels were carefully designed and robotically manufactured from sustainable FSC Baltic fir. Savings on labour meant that this solid timber house was constructed at a comparable cost to a more traditional timber frame house.
The house was designed by Danish/German architect Jan Henrik Jansen in collaboration with Australian Architect Marshall Blecher. The two architects are currently working together on projects across Scandinavia including an underground house in the sand-dunes of north western denmark, a private island cabin in Norway and the conversion of a 120 year old thatched cabin on the baltic coast of Germany.