Villa B by Studio KO

Located on the French island of Corsica, this stone retreat was designed in 2015 by Studio KO. 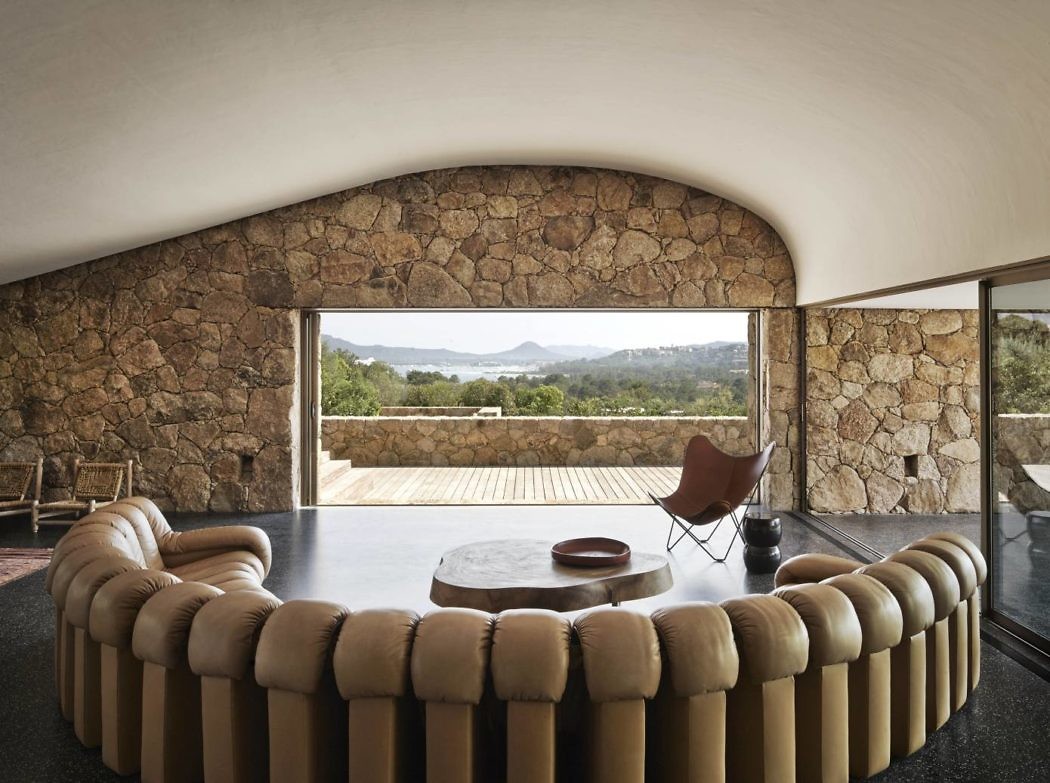 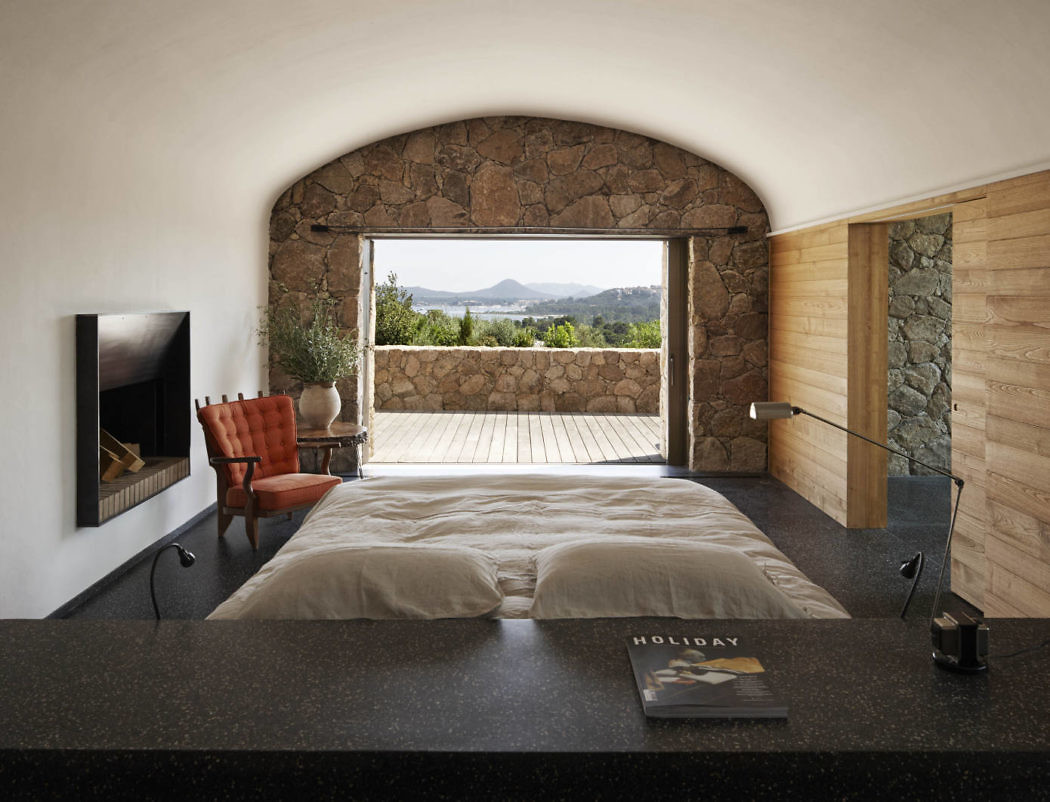 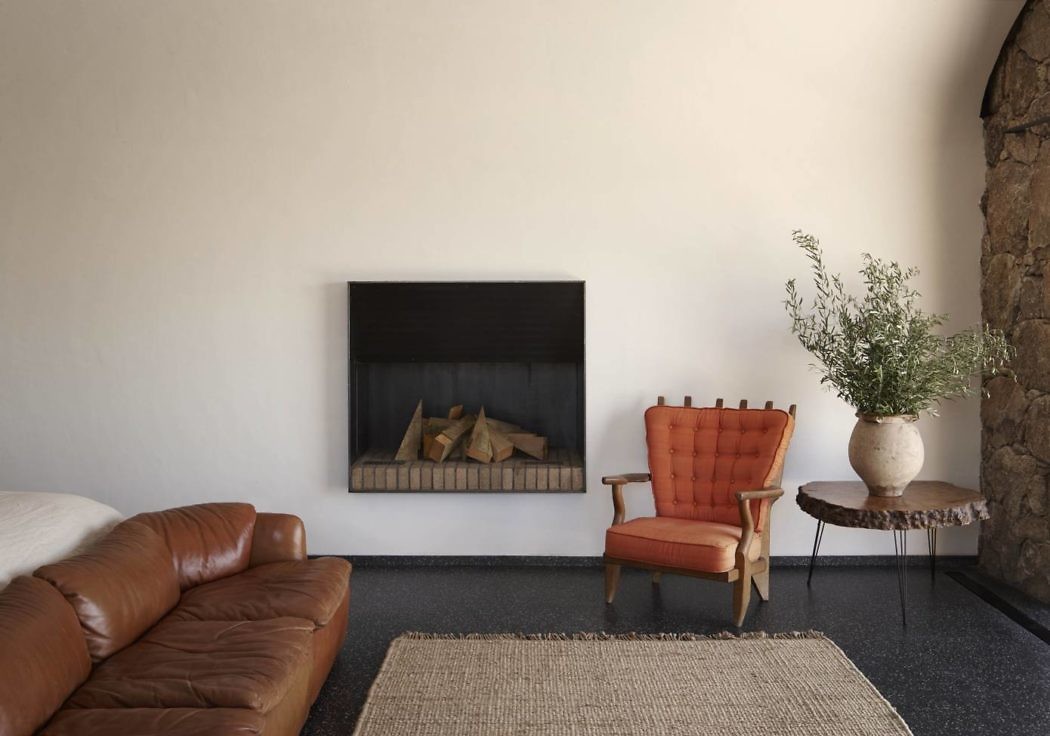 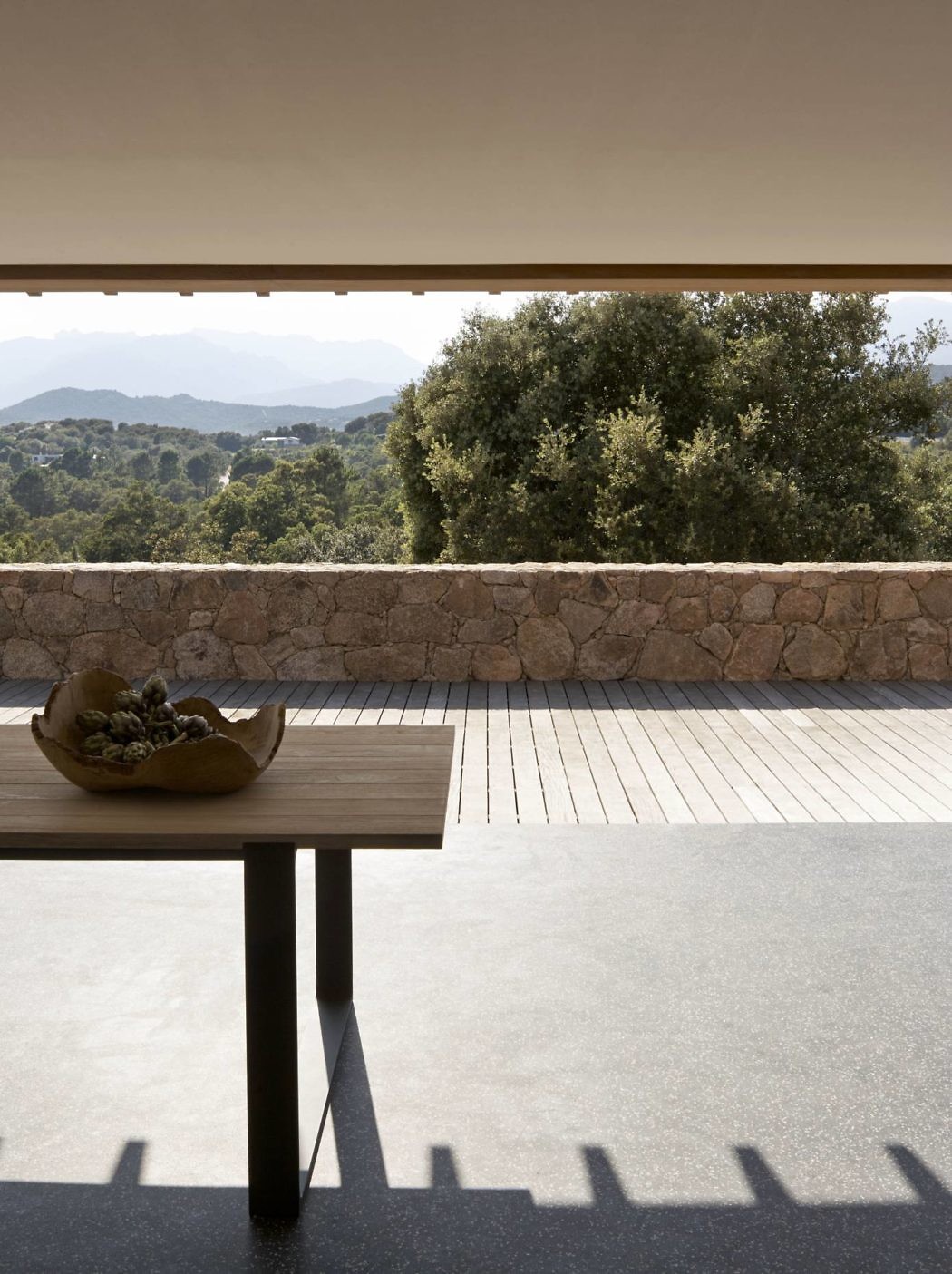 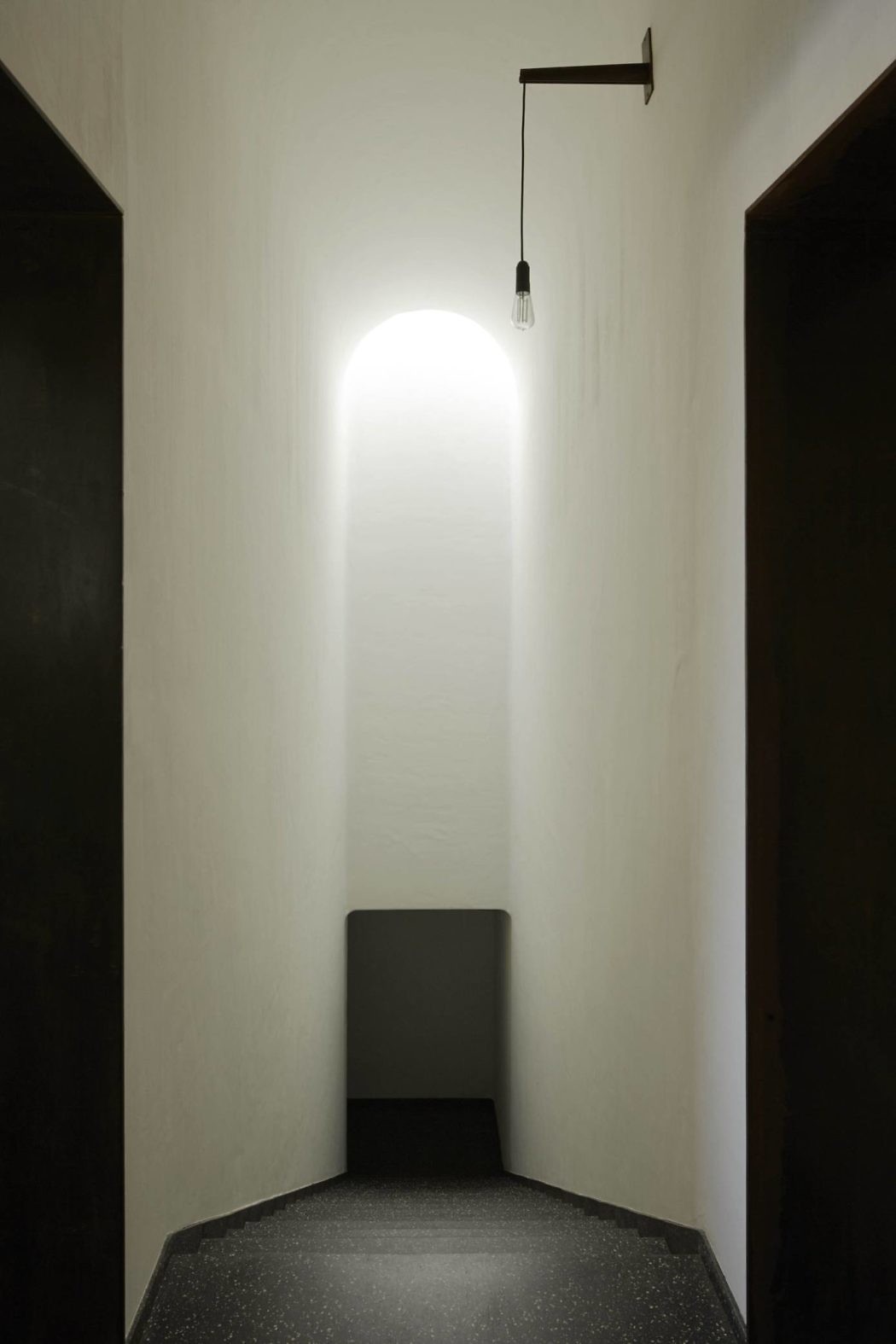 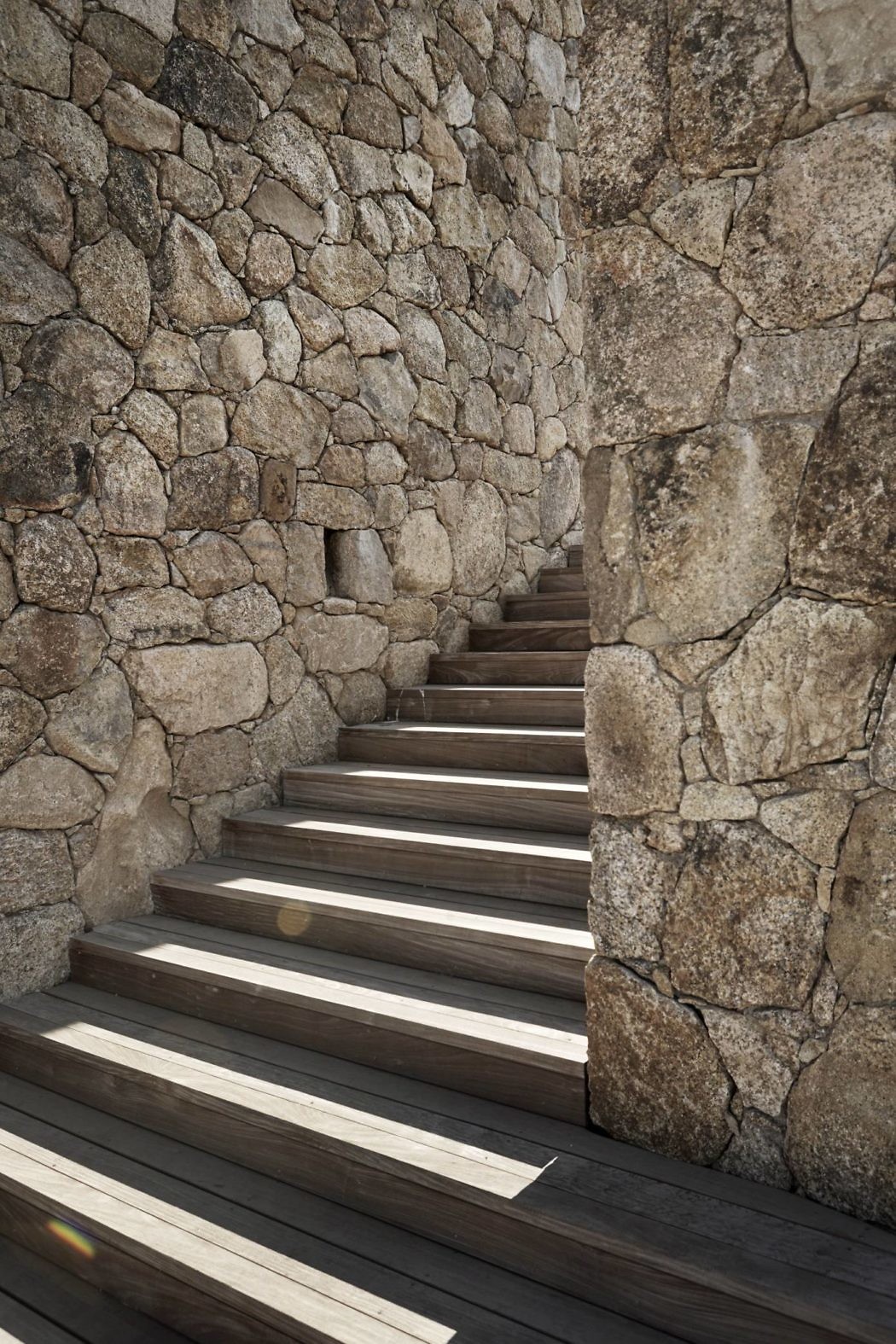 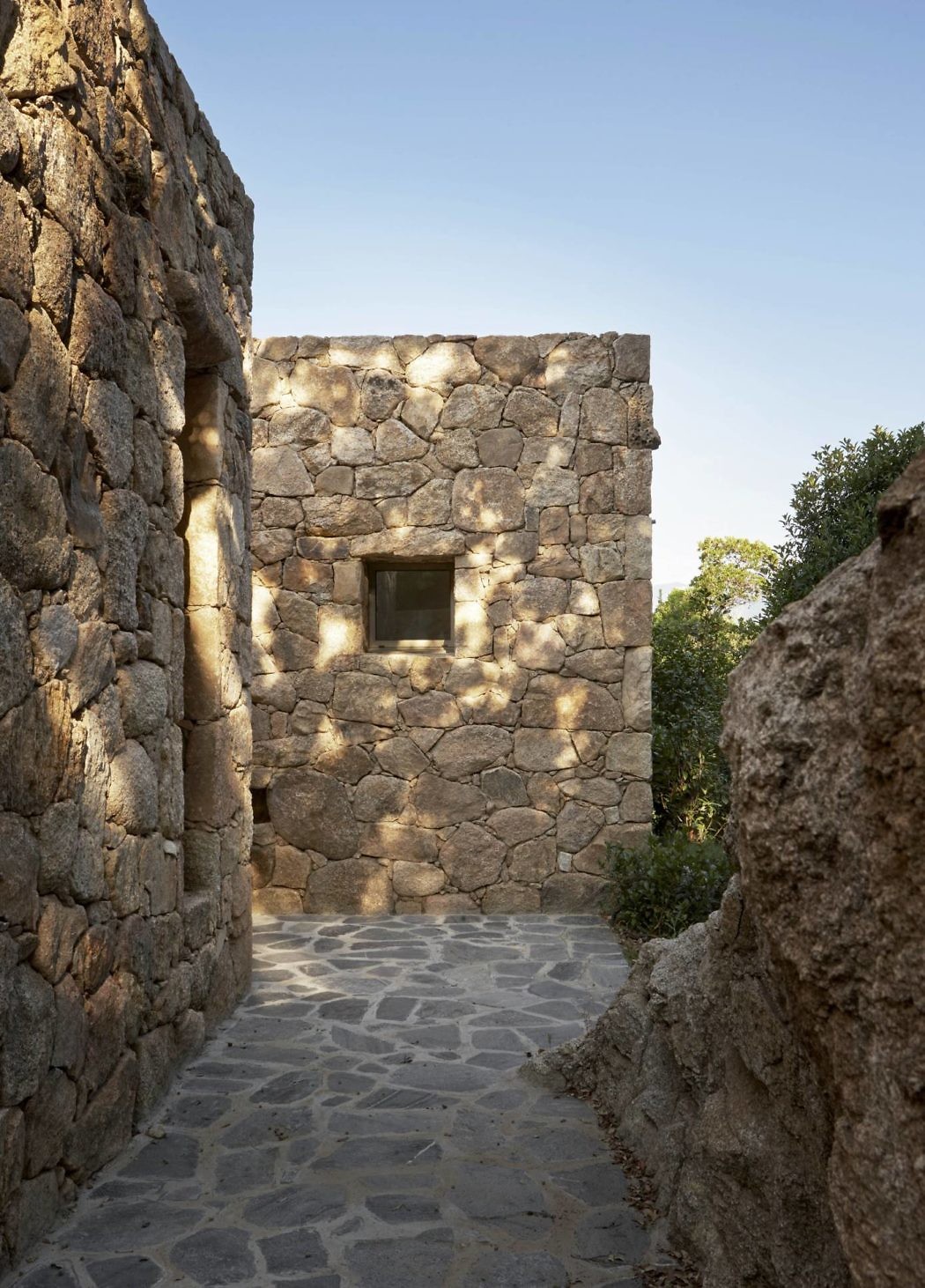 Just a few cobblestone-throws away from the sea, two straight walls of ocher rock crest over the cork oaks’ canopy, as rugged as the island terrain. Instead of sticking strictly to the villa’s saw-toothed profile, delineated by a pair of red-cedar-clad gable roofs, the downward slope of the walls hugs that of the hillside, helping the house blend into the landscape.

One of these ramparts instantly appears wider than it should be: inspired by a fortification of Corsica’s Citadel of Calvi concealing a secret gallery, this veritable spine of the home accommodates the hallways that connect the west-to-east succession of rooms. Inside, both sloping sidewalls are left bare, giving the walls a rich, authentic texture and softening the distinction with the outside—an effect emphasized by the wide floor-to-ceiling windows; the expansive and partially eave-covered terrace with a view of the setting sun; and the presence of a patio studded with citrus trees at the heart of the house, adjacent to the master bedroom and its bathroom. This composition is enhanced by the site’s steep downslope, thanks to the various sections that do not hinder each other’s view, like a succession of mountain ridges stretching off into the distance.

From this main level, a flared gallery unfurls its steps down to the garden level—a stone pedestal housing four guest bedrooms, their bathrooms, and the kitchen—and enables access to a slender pool whenever the sun shoots its rays with excessive ardor. Its light-colored lining contrasts with the indoor floors, as dark as lava, while the gable roofs allow for vaulted ceilings in the living room and master bedroom. The classic Corsican house’s essence LS thus reprised and revisited, further anchoring the project in its context. Contemporary yet traditional, light yet dark, protective and massive from the south yet open and porous from the west, the villa ultimately finds its identity in the splits of its personality.