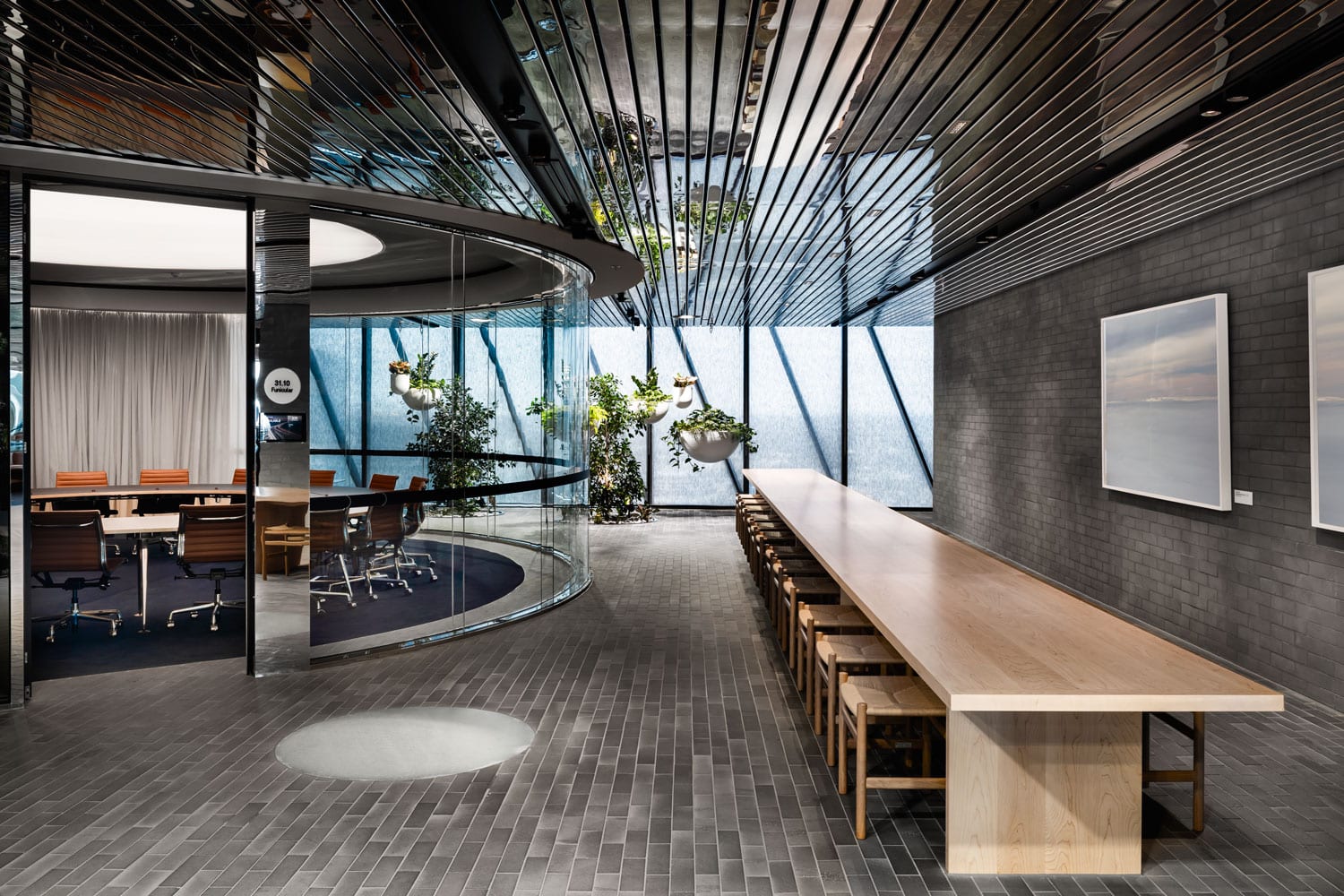 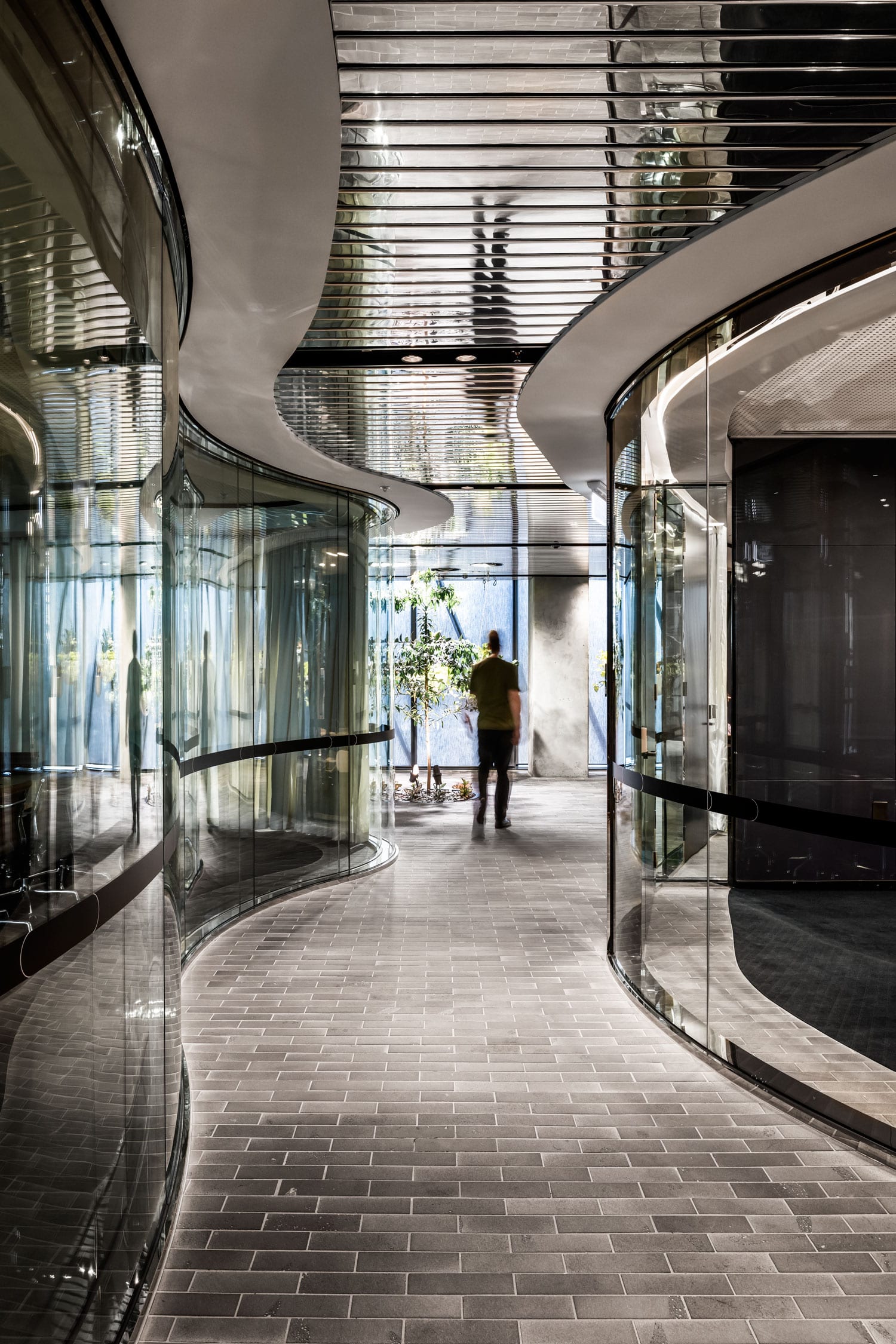 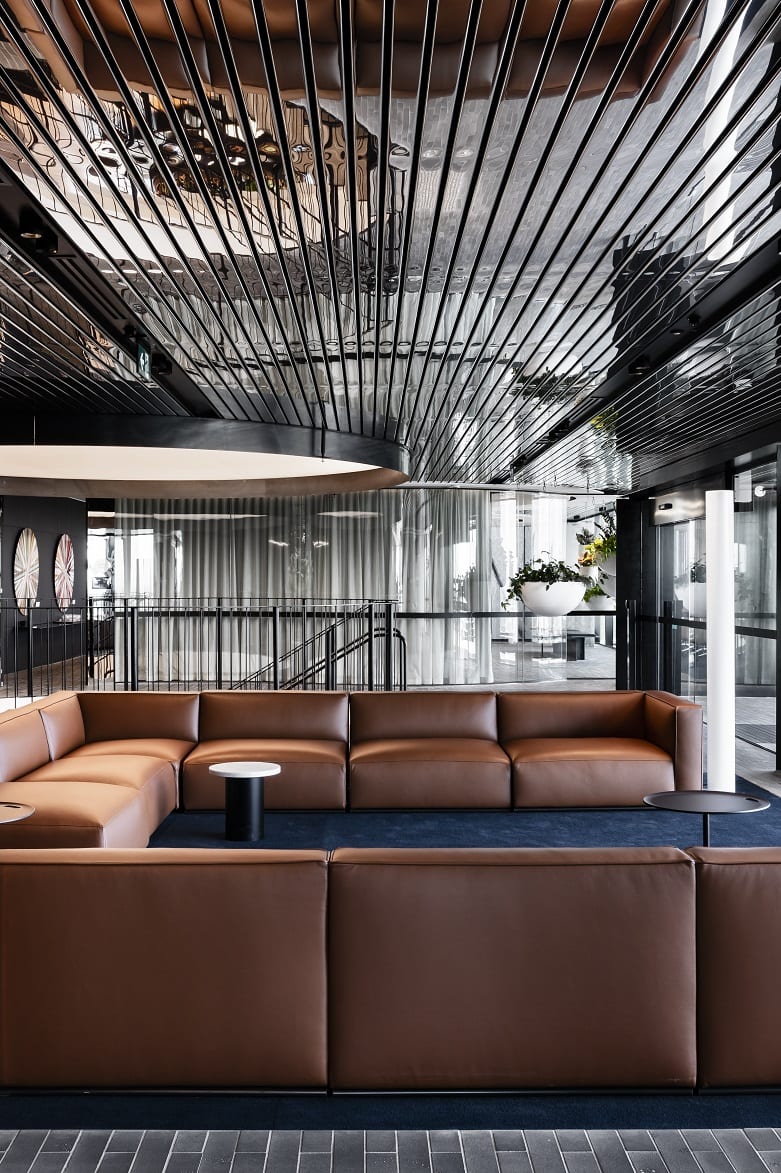 Accommodating rapid expansion, infrastructure company has a new HQ by , designed as an urban that reflects the fabric of the modern cities the company services. The office merges technology, nature, and community, emulating the dynamic energy inherent in a fast-paced metropolis.

This is the second office HASSELL have designed for Transurban, having originally completed their two-storey Docklands office in Tower Two of Melbourne’s Collins Square precinct. Located in the same precinct, the latest space occupies eight floors in the newly built Tower Five. The workplace is meant to display a shift in the perception of what today’s office can represent. Just as cities are a network of interconnected and engaging spaces, Transurban’s new office is a series of fit-for-purpose spaces and unexpected elements that, combined, provide a sense of community and wonder.

HASSELL Principal and Design Lead on the project Scott Walker says, “Far from being a monotonous interior, the new workplace reflects the diversity and aspirations of our cities. In Transurban, the traditional corporate design has disintegrated to reflect a greater connection to, and understanding of, the cities the organisation services and supports.” 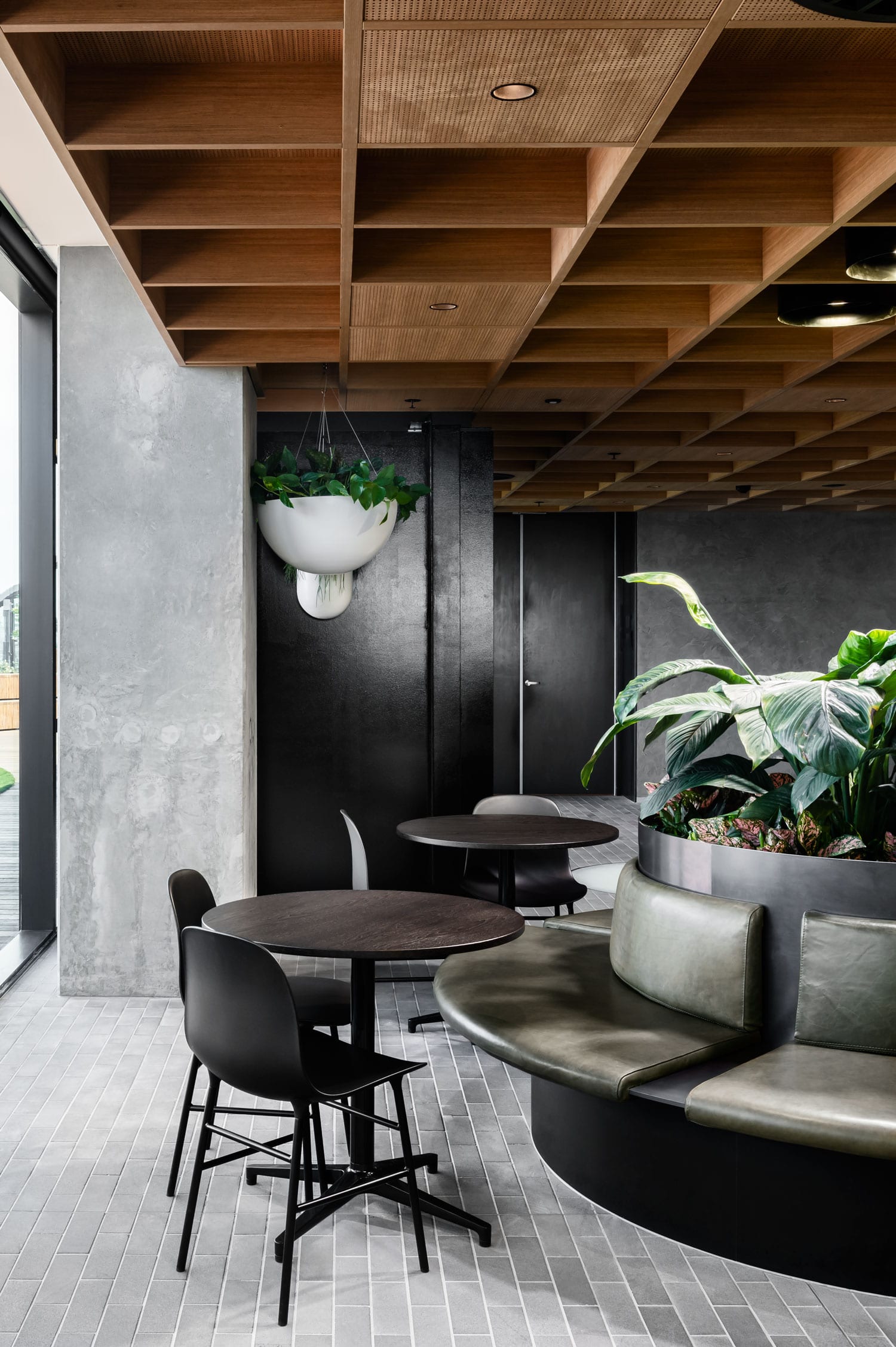 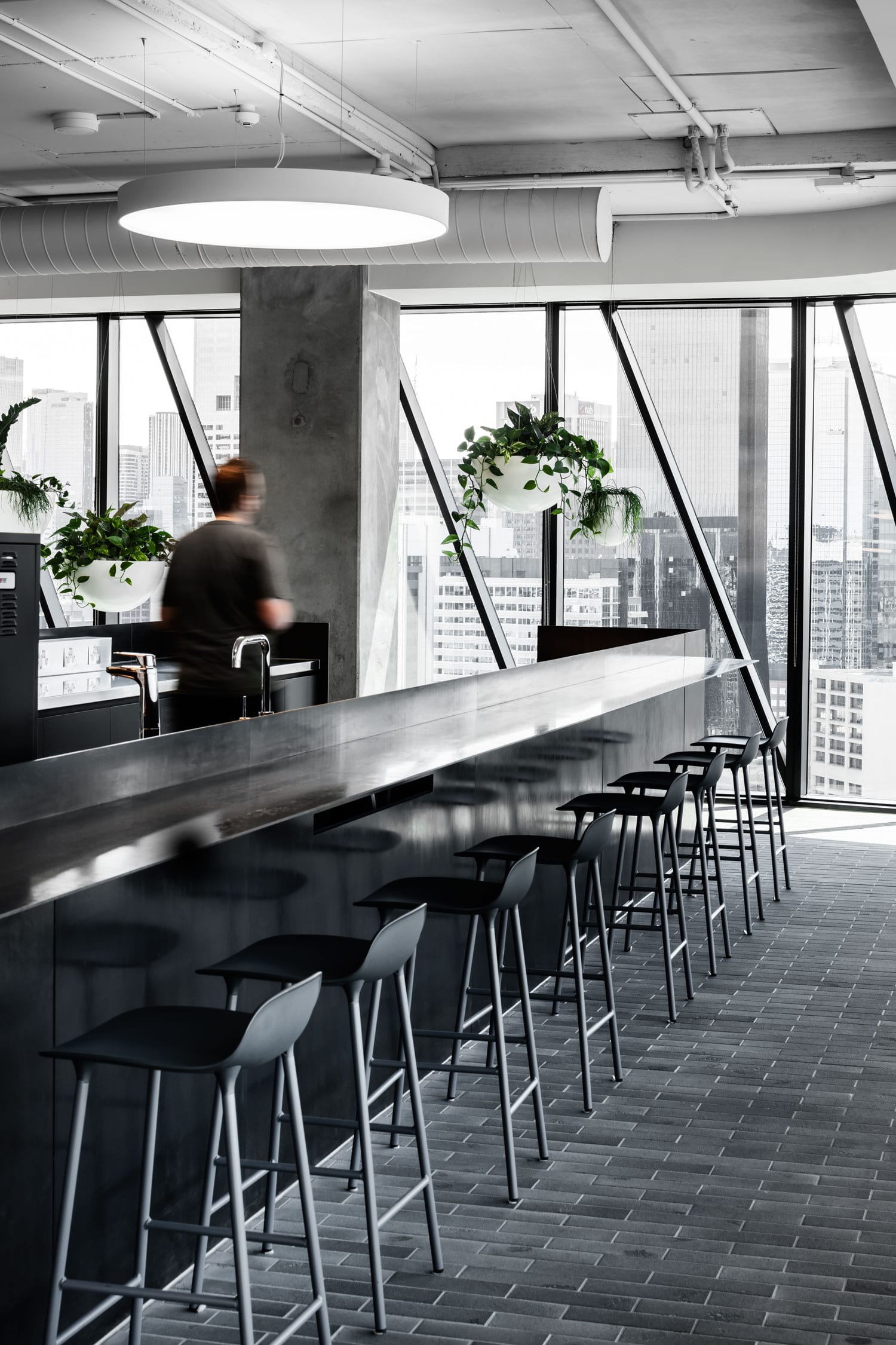 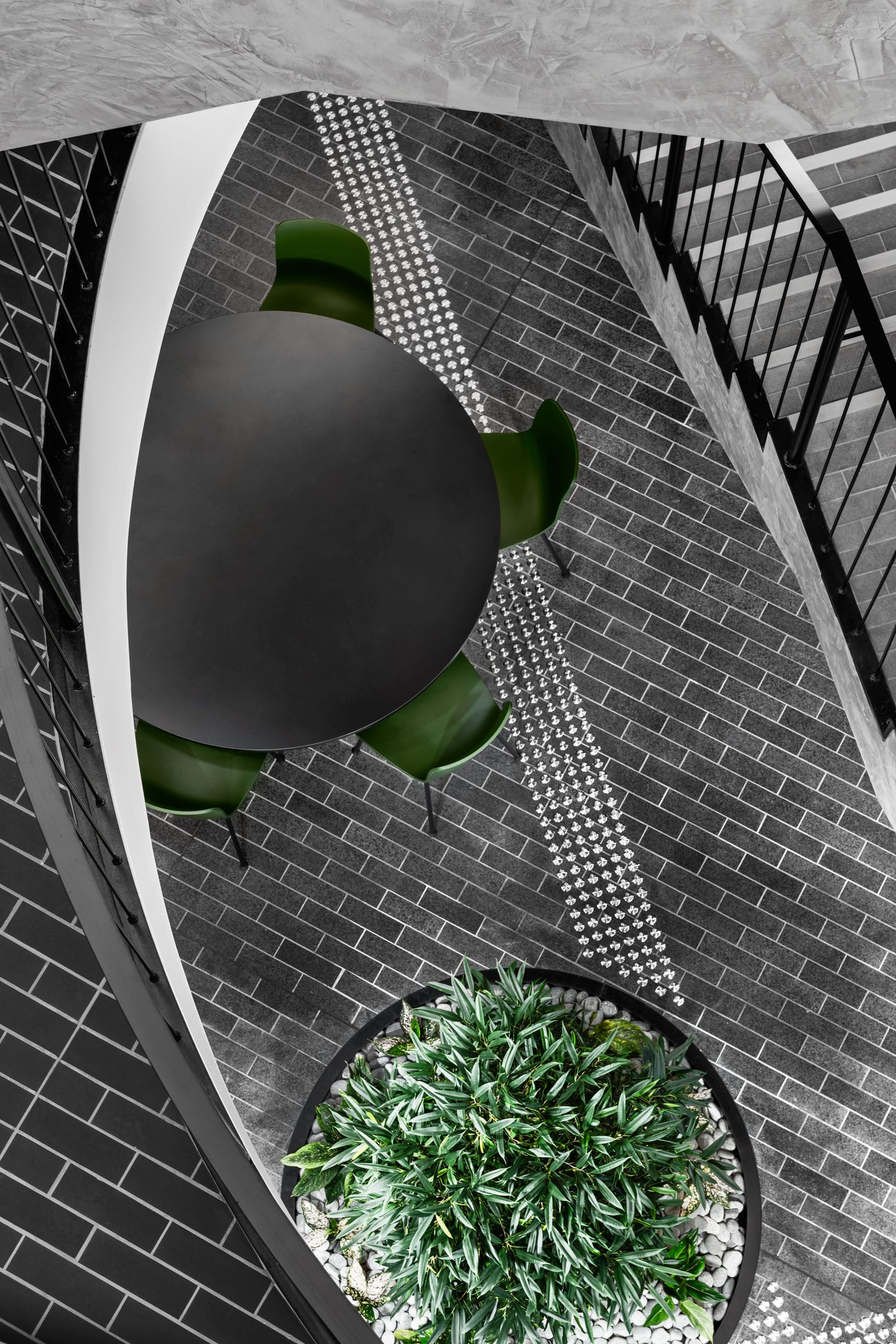 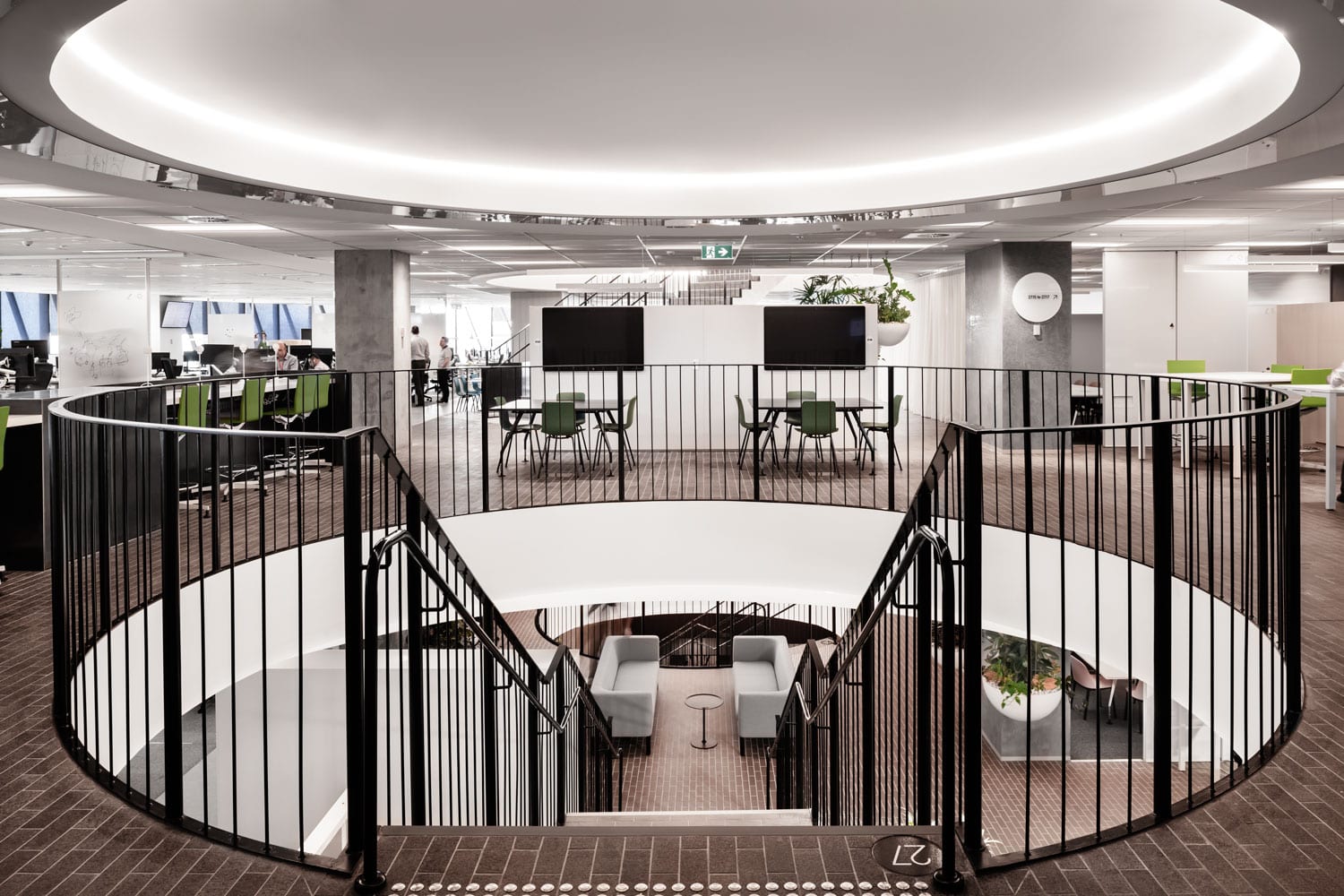 On arrival, guests are met with floor to ceiling screens displaying anything from tranquil underwater scenes to a busy road network, driving home the fact that technology plays an important role in Transurban’s day-to-day business. Unallocated desks support fluidity in the way staff work, while nooks, booths, lounges and work bays are arranged as a ‘village’ of rooms, reinforcing the connection to the urban setting. Raised platforms create collaboration zones, which also form the landing space of cascading stairs that puncture each level. This positioning was deliberate to increase interaction between staff and strengthen connections.

Porthole windows to the floors above and below enhance a sense of transparency, imperative in fostering community within a workplace. Some are complete openings for viewing, while others located in thoroughfares have frosted glass covers that provide a hint of the overhead activity. Nature plays an integral part in offsetting the harshness of a concrete jungle. HASSELL treat greenery as a crucial part of the interior, with an abundance of planters and hanging pots visible from any point throughout the space.

“HASSELL worked closely with the base building construction to accommodate an internal streetscape by insetting tree beds into the floor, mimicking a city footpath. The greenery paired with the timber vaulted ceiling and blackened steel joinery amplifies the down-to-earth nature of the space,” concludes Walker.