The Travelettes guide to Jordaan, Amsterdam 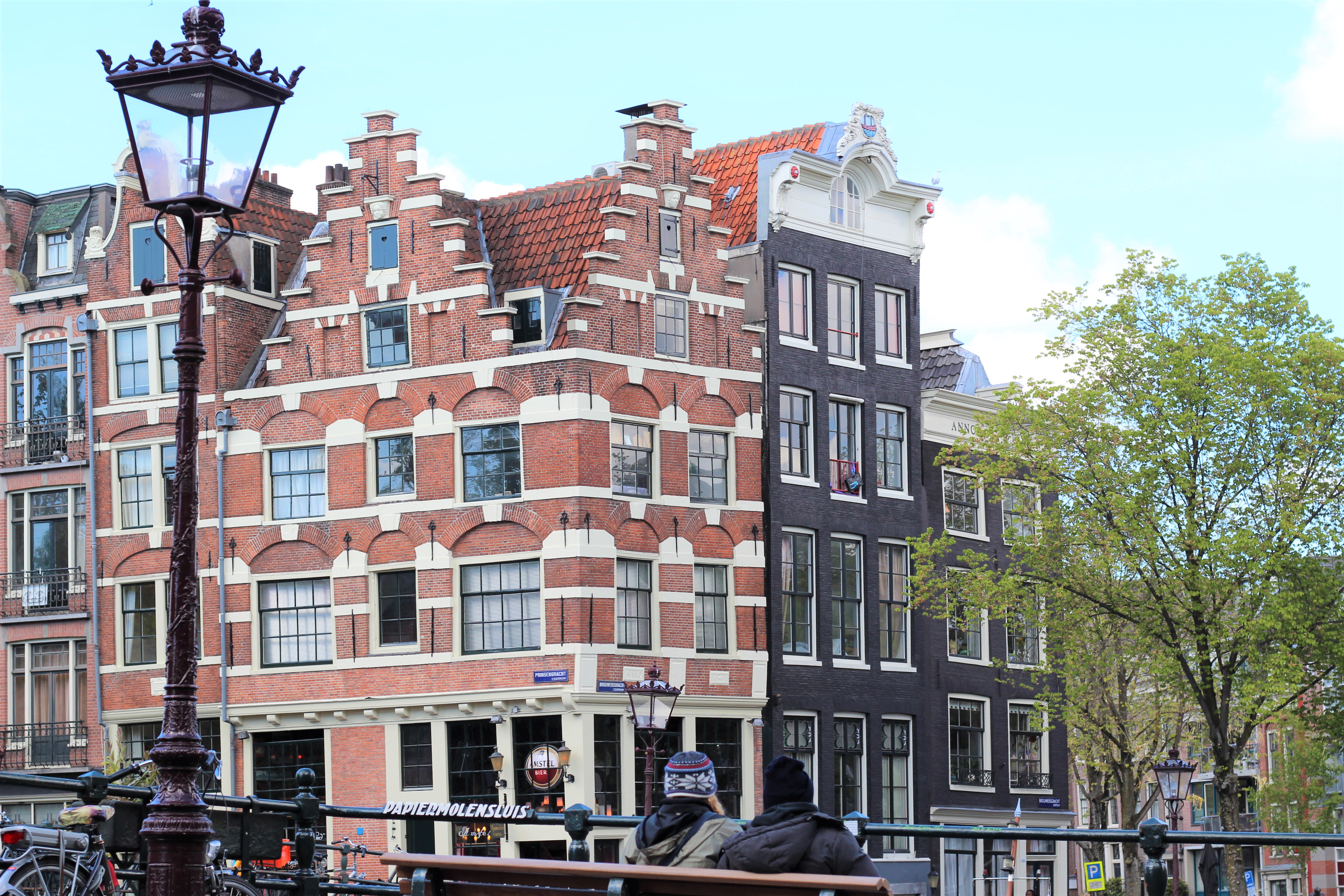 Oh Amsterdam, how’d you get so beautiful?

I ask myself this every morning. I’ve not always lived inner city, but oh boy, have I ended up in a good one.

Just the other day I was walking down the canal side and overheard a man on his phone describing Amsterdam as ‘a mix of Venice and San Francisco’.

Now, I’ve been to a lot of cities, but I don’t yet count Venice or San Francisco on that list.

I stopped for a moment to consider if this was, in fact, a compliment.

How could it not be? What’s not to like about this place?

An impossibly laid-back city where canals are lined with blooming flowers, the locals are tolerant and friendly and the air smells of, well, marijuana (tip: cafes sell coffee, coffee shops sell weed- don’t get mixed up). People here aren’t in a hurry; the city is chilled and trendy and you can get anywhere if you ride a bicycle.

You can bet you won’t find a better place for a city break.

Amsterdam itself can be broken down into more neighborhoods than I care to count on both hands. Each different and owning their own character and charm.

Many, many moons ago, Jordaan was one of the poorer districts of Amsterdam. Built in the 17th century to house large working-class families and those who fled nearby countries in small houses with no running water. At one time Jordaan was home to over 80,000 inhabitants.

Today Jordaan is rightfully known as one of Amsterdam’s most iconic neighborhoods. With its picturesque bridges, scenic canals and vast array of restaurants, cafes, bars and boutique shops. It boasts an atmosphere that rivals its fellow neighborhoods.

With this in mind here’s some things you most definitely don’t want to miss. 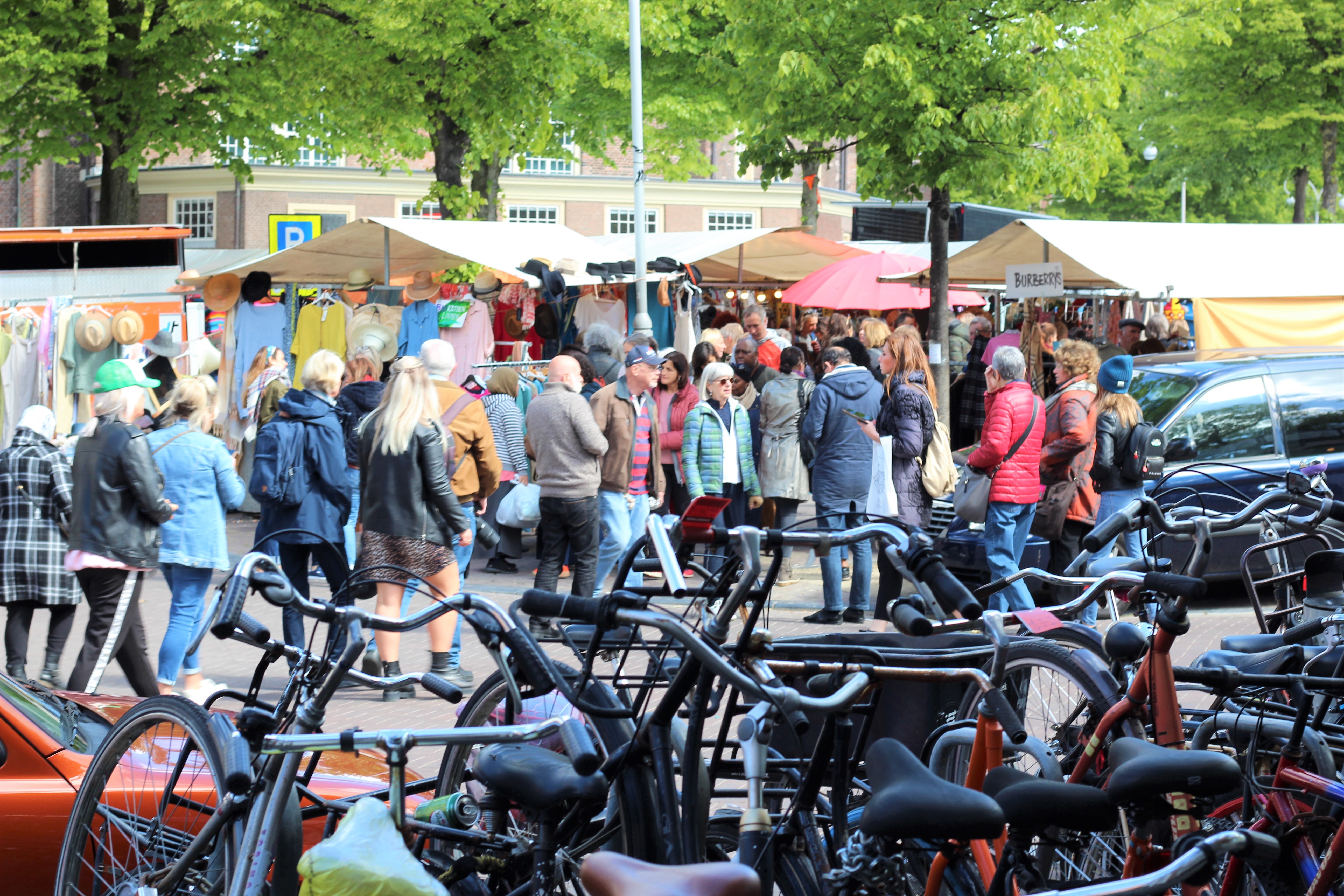 Located on the northern end of Jordaan, you can’t miss the thriving Noordermarkt. Every Monday until 1pm you’ll find everything from antiques, to jewelry, handmade gifts, books and food stalls. Lined with independent cafes and restaurants, Noordermarkt makes for a great morning out.

Join the locals on Westerstraat on a Saturday morning and enjoy everything from juice, fruit and veg, to fish, cheese and flowers. A great way to sample local Amsterdam life (and taste it too). 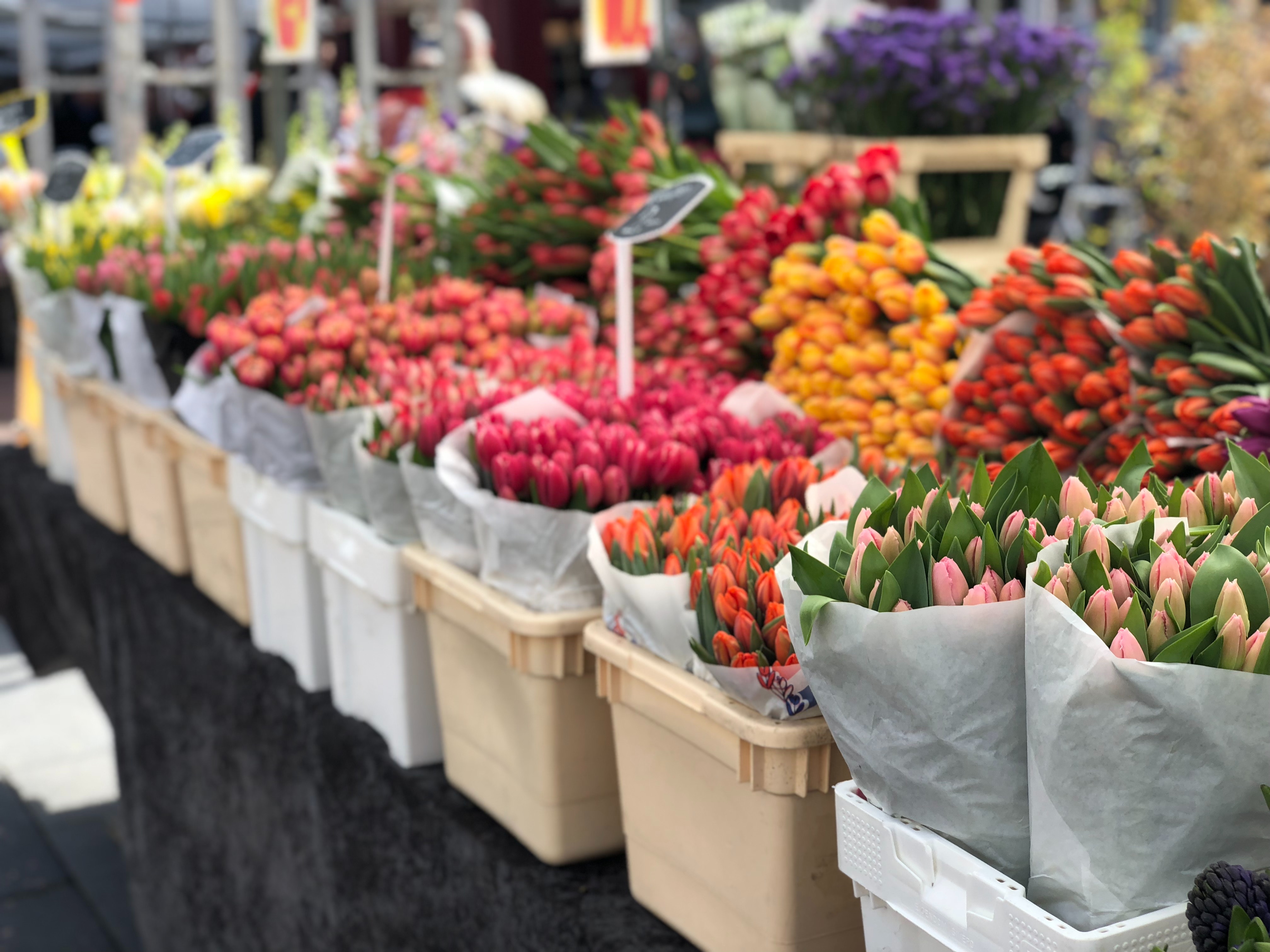 I can never resist the colors and the quality of a 2-euro bunch of tulips on a Saturday morning. A third of the price you’d pay in the more tourist heavy areas. 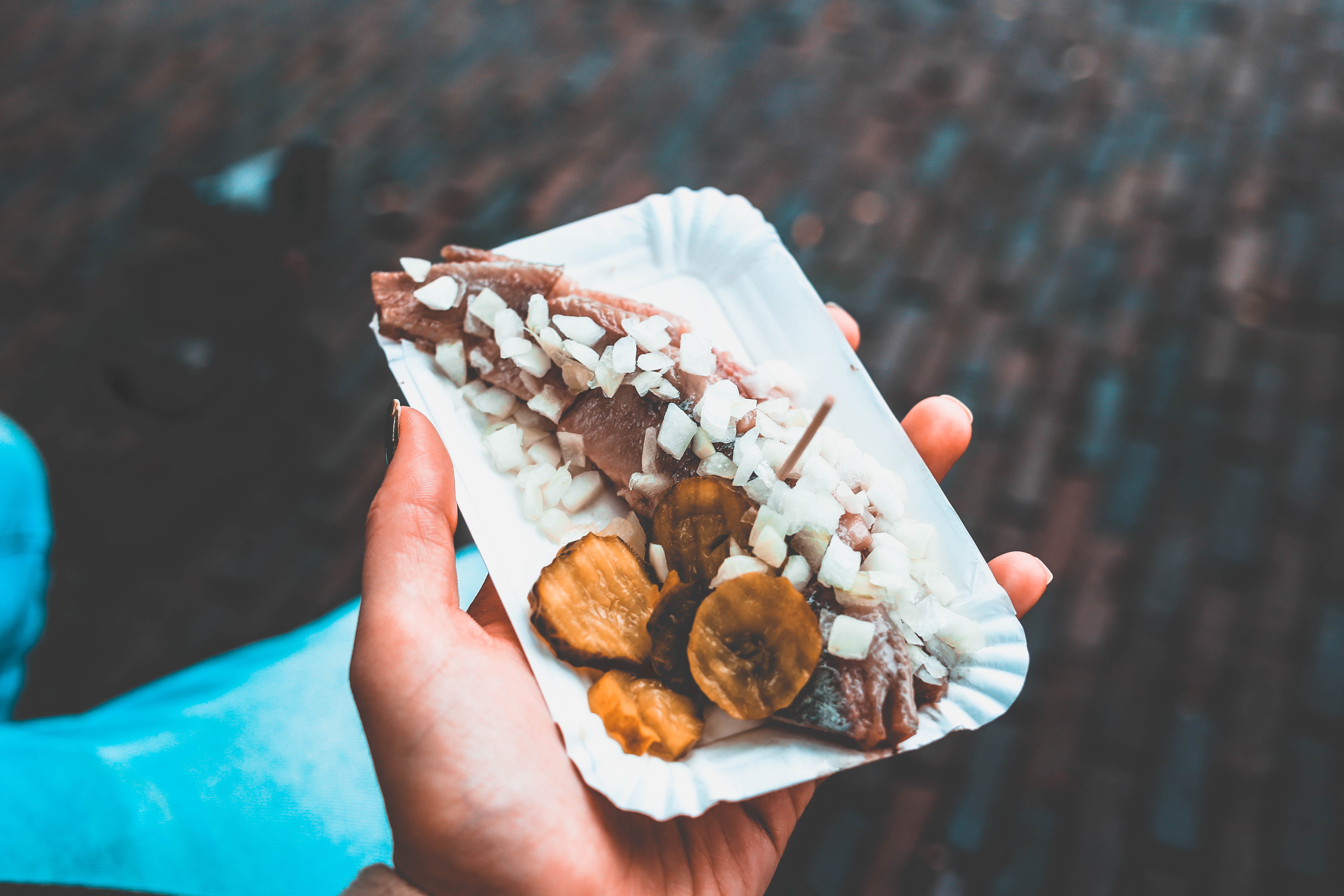 Grab a traditional herring sandwich (broodje haring) here, or indeed eat it even more traditionally, without the bread. Laden with pickles and onions, you’ll either love it, or you’ll hate it.

Bars and restaurants on Westerstraat 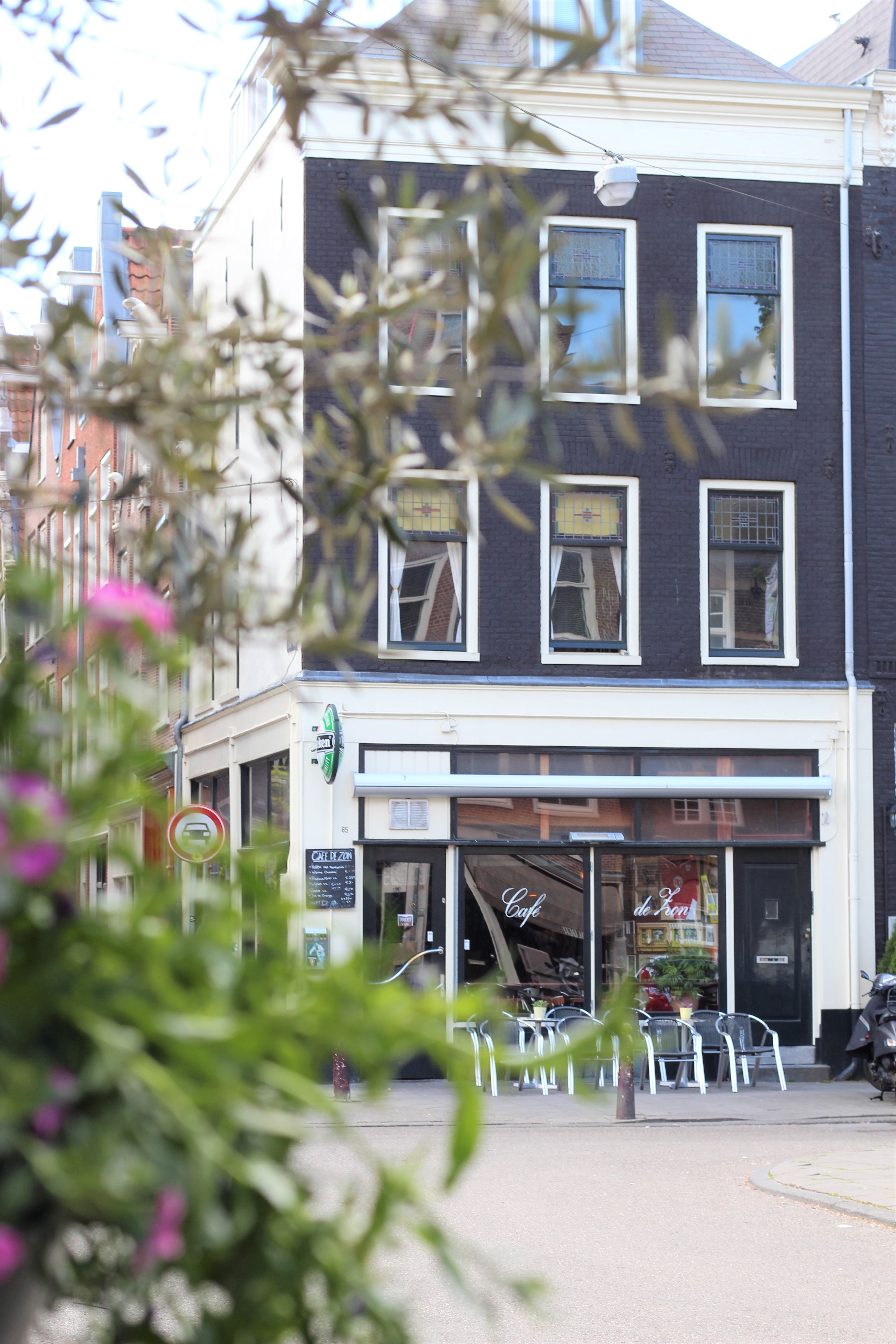 Jordaan is home to some of the best food in Amsterdam. From traditional Dutch croquettes, through to fresh fish and even Thai and Italian dining. Jordaan and its world class food options, literally has something for everyone and the best place to start is Westerstraat.

Likewise, with drinking. Join Jordaan’s locals in what Amsterdammers call traditional ‘brown cafes’ (and what I call a ‘pub’). The perfect spot for sipping on local draft beers and watching the world go by. Westerstraat has plenty of them.

I absolutely cannot write about eating and drinking in Jordaan without mentioning Winkel 43. Situated right at the end of Westerstraat on Noordermarkt, Winkel 43 is a must if you’re in the area. Serving up fresh (and famous) apple pies all day everyday as well as coffees and light snacks, you will not regret stopping by this cozy street side café. 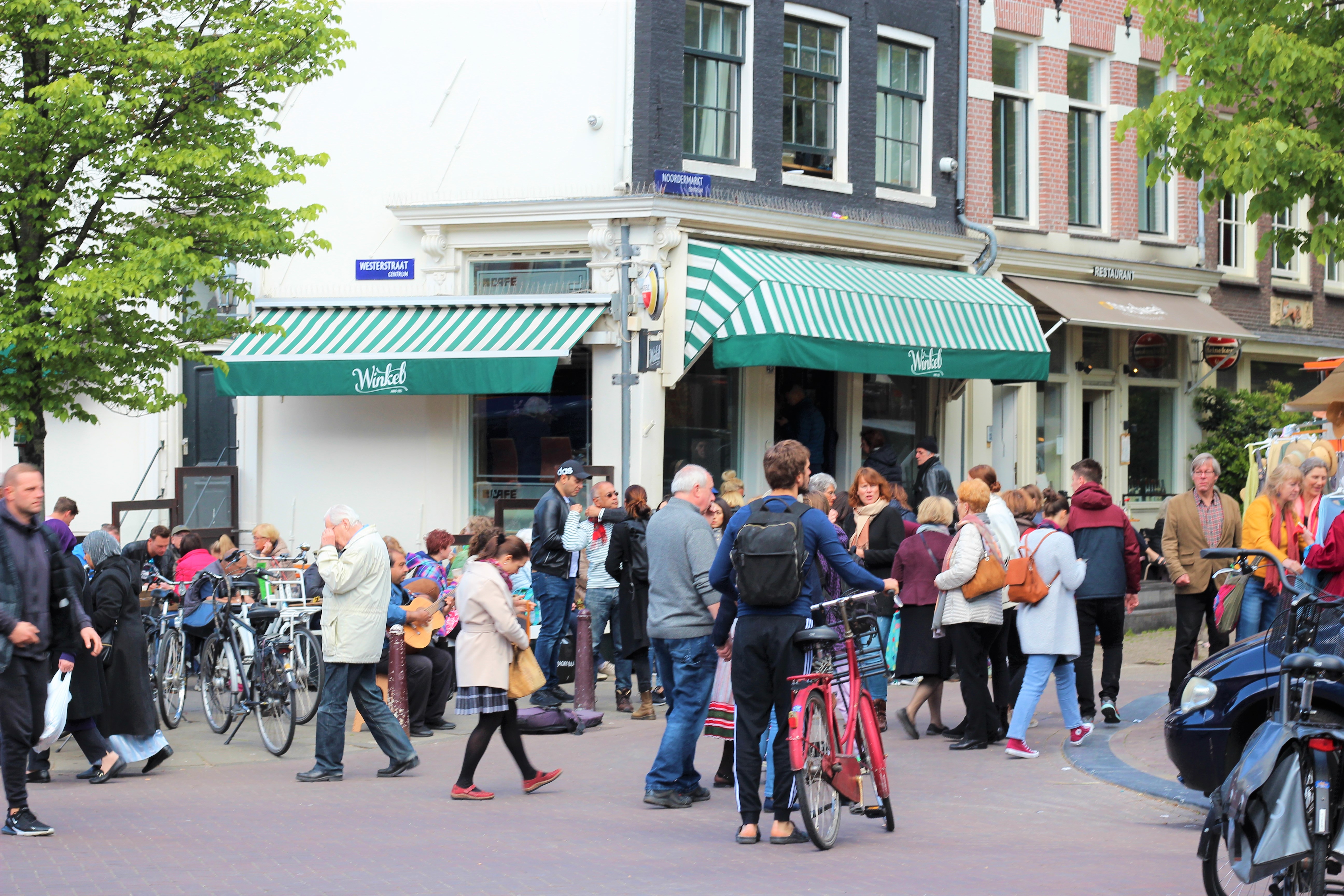 I once took a friend there who was ‘absolutely not into apple pie’. Let’s just say she left Amsterdam a huge pie lover. 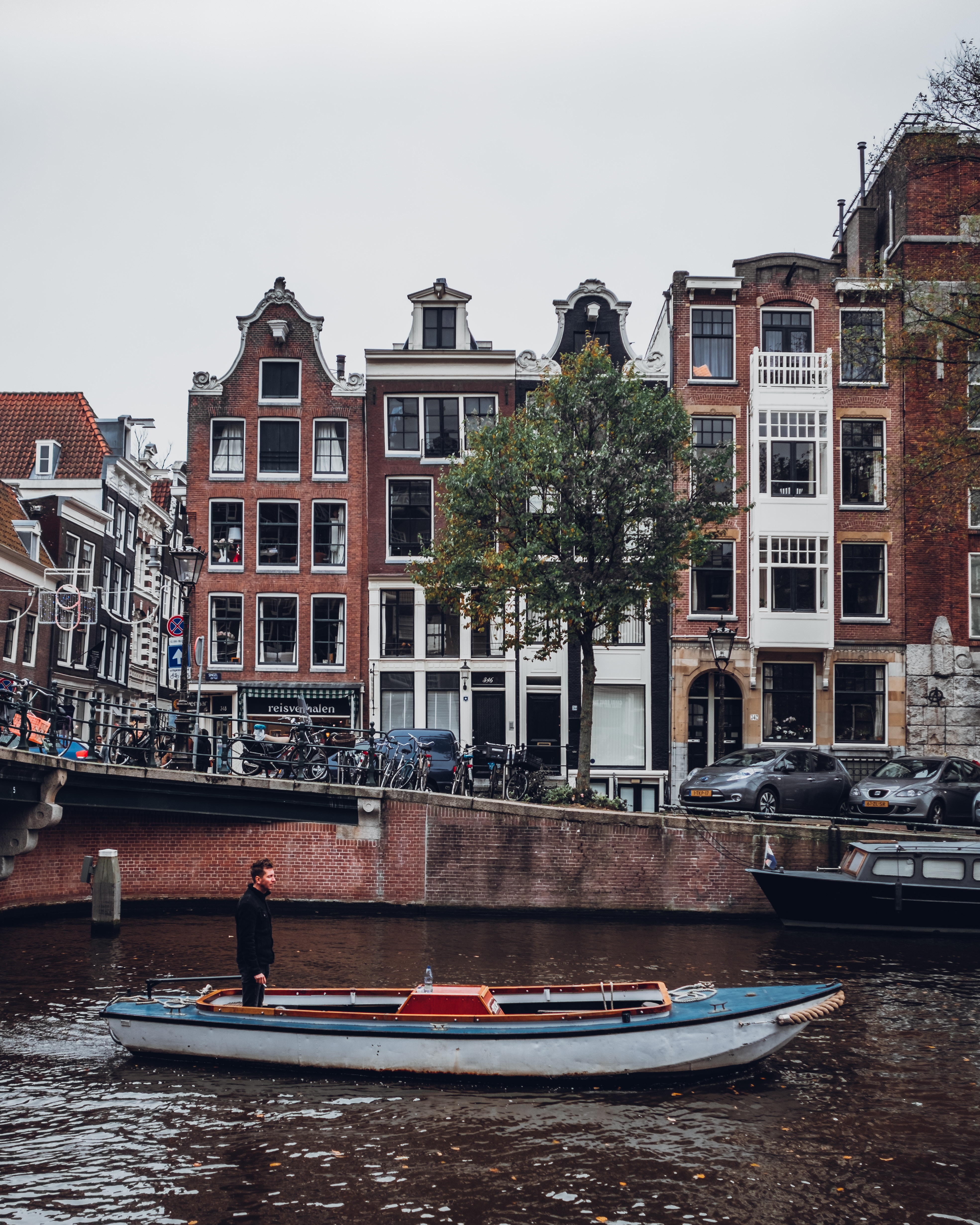 To the east of Jordaan lays the popular area, 9 streets (de negen straatjes). 9 streets are literally, you guessed it, 9 whole streets bursting with boutique shops, cozy cafes, bars, independent restaurants and quirky antique and vintage stores making the quaint and cobbled 9 streets the ideal spot for a stroll come rain or shine. 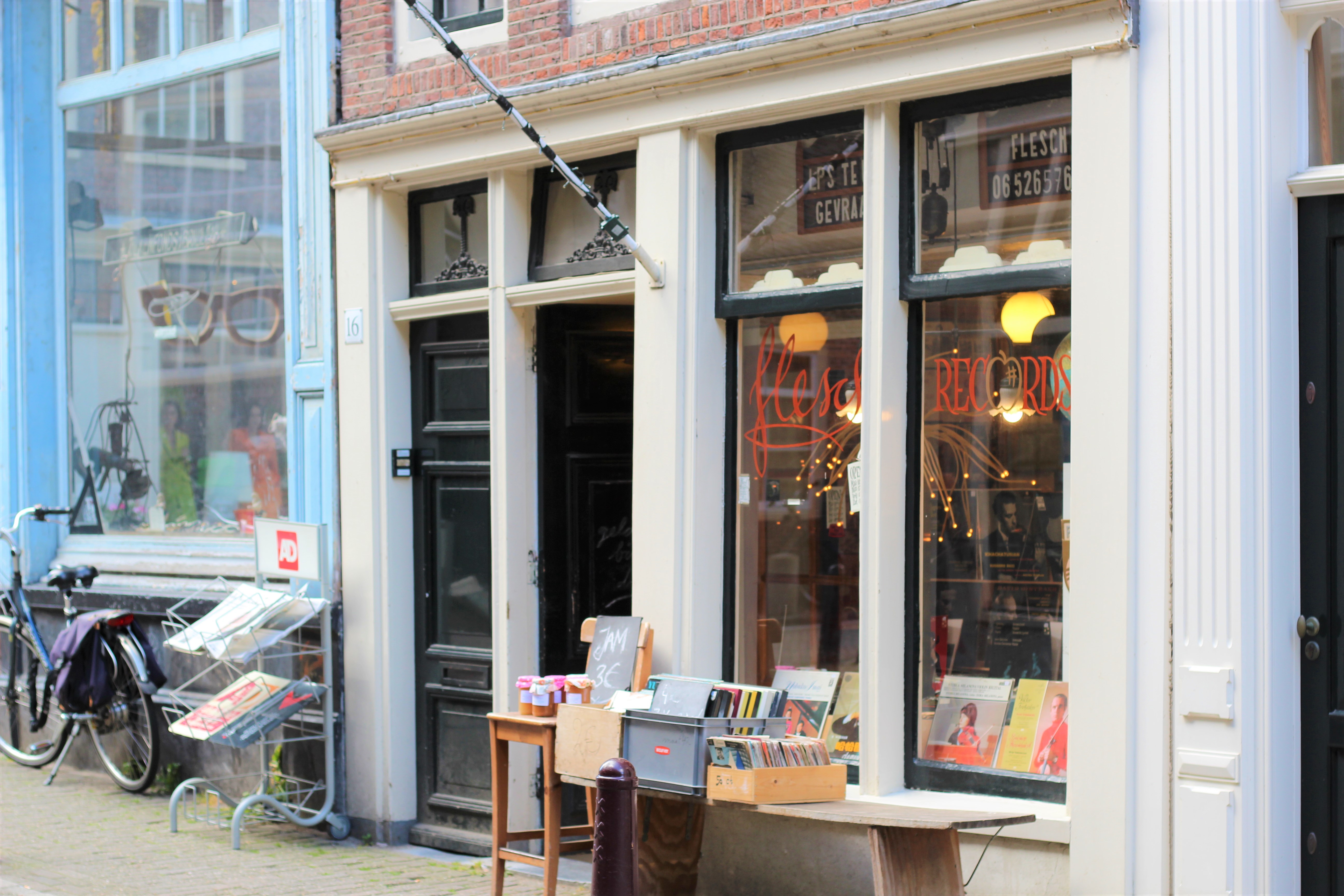 Extremely picturesque, this is probably the Amsterdam you’re used to seeing in magazines. 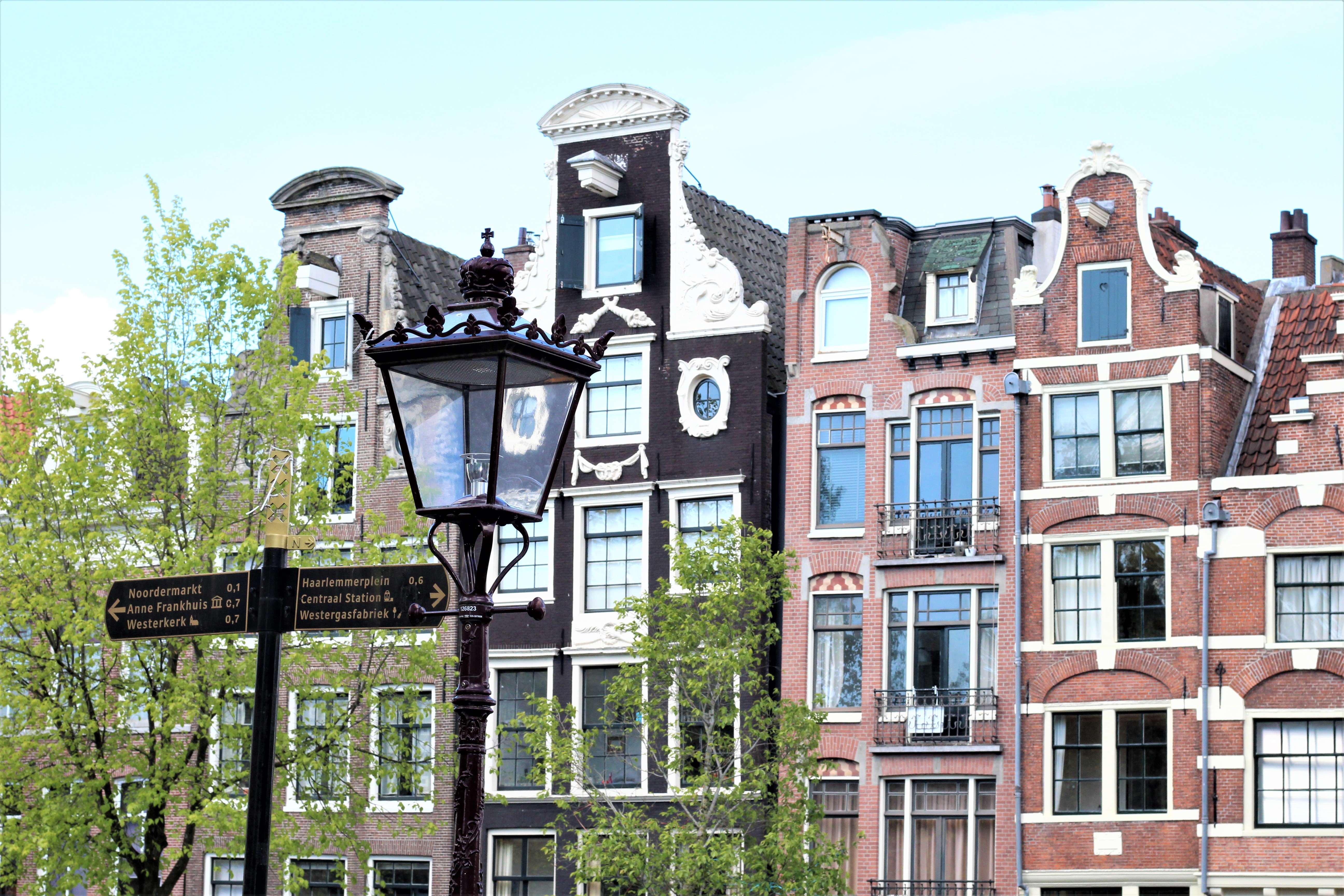 As if you can’t fill your days simply hanging around Jordaan, there’s plenty of museums to enjoy in the region. From the more tourist driven, like the tulip and cheese museums, to the quirky houseboat museum, and of course, the internationally acclaimed Anne Frank’s house.

Whether you’re familiar with Anne Frank’s story or not, the hiding place of the Frank family during the Nazi occupation through World War 2 is humbling, emotional and educational.

Anne Frank’s House has grown in popularity since it opened to the public back in the 60’s. Today you need to book way in advance, sometimes months, and book online. You get allocated a time slot and once you’re granted admission expect to spend at least an hour or so inside.

The museum’s self-guided audio tour takes you through Anne Frank’s compelling story, from samples of her original diary through to the original bookcase and untouched family hiding place.

If you only visit one museum in Amsterdam, make sure it’s this one. 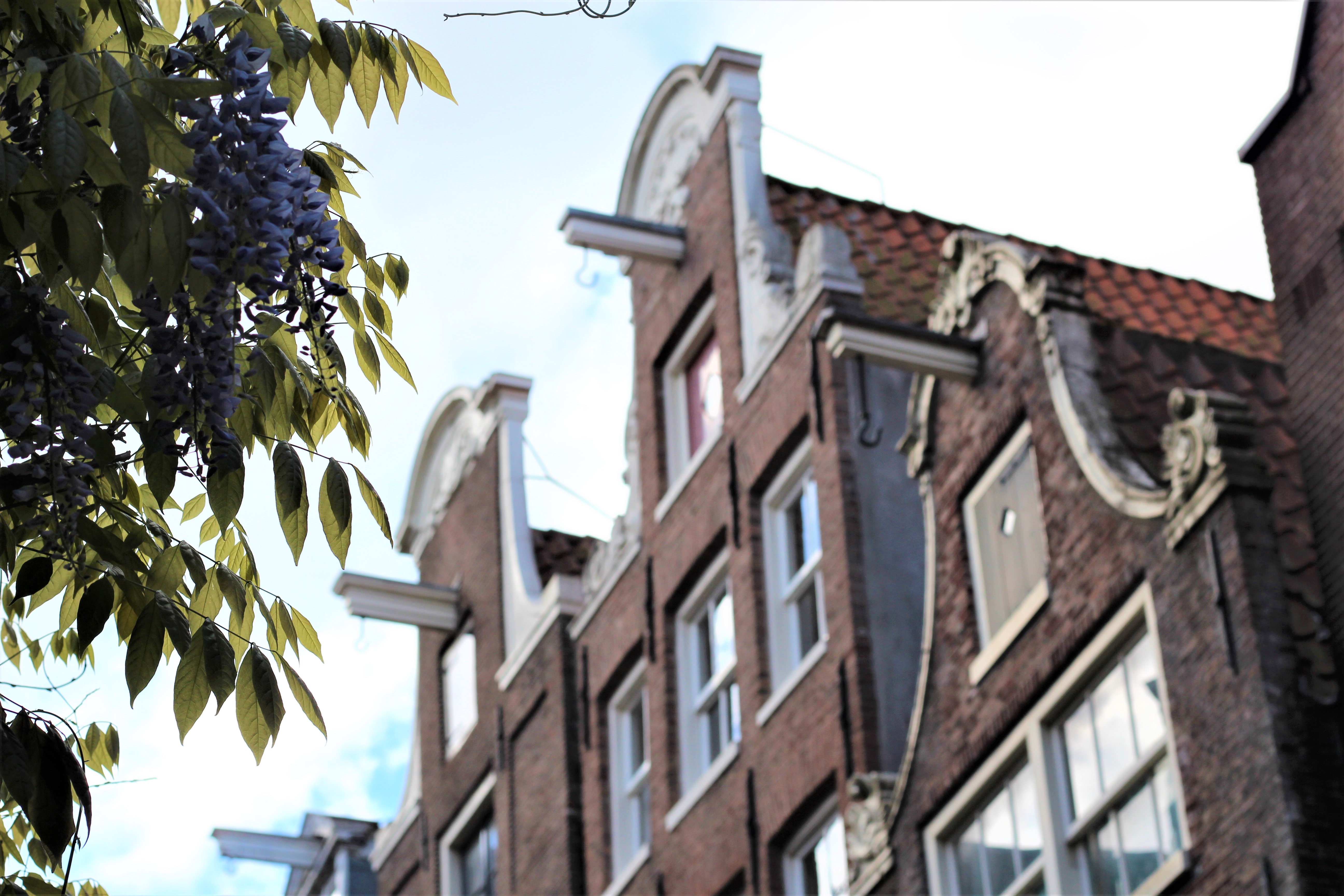 Of course, Amsterdam is brimming with fun neighborhoods to discover.

I’m just saying Jordaan is a great place to start.

Have you enjoyed one of Amsterdam’s thriving neighborhoods?

Drop your tips below! 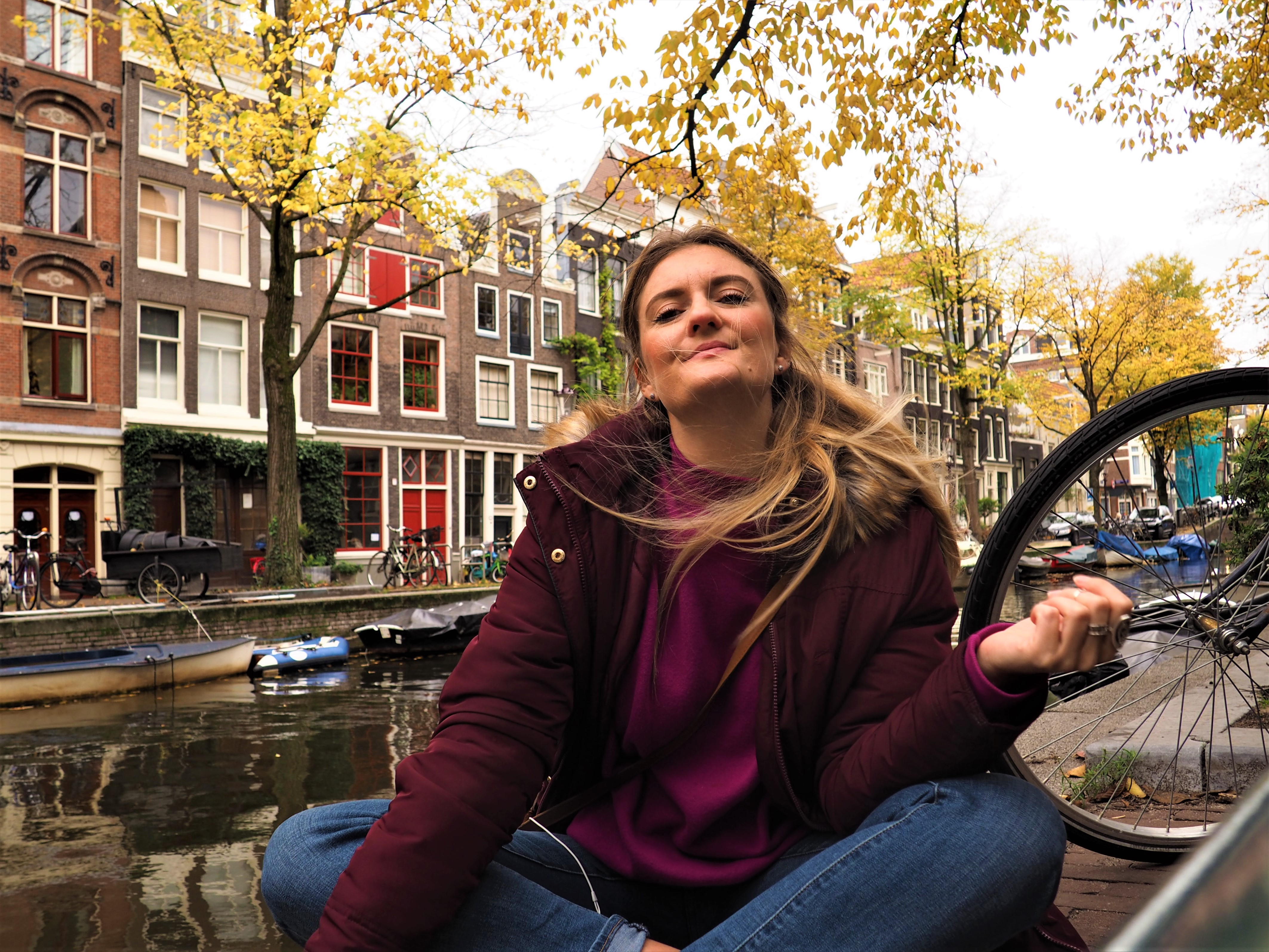