The Travelettes city guide to Brasov 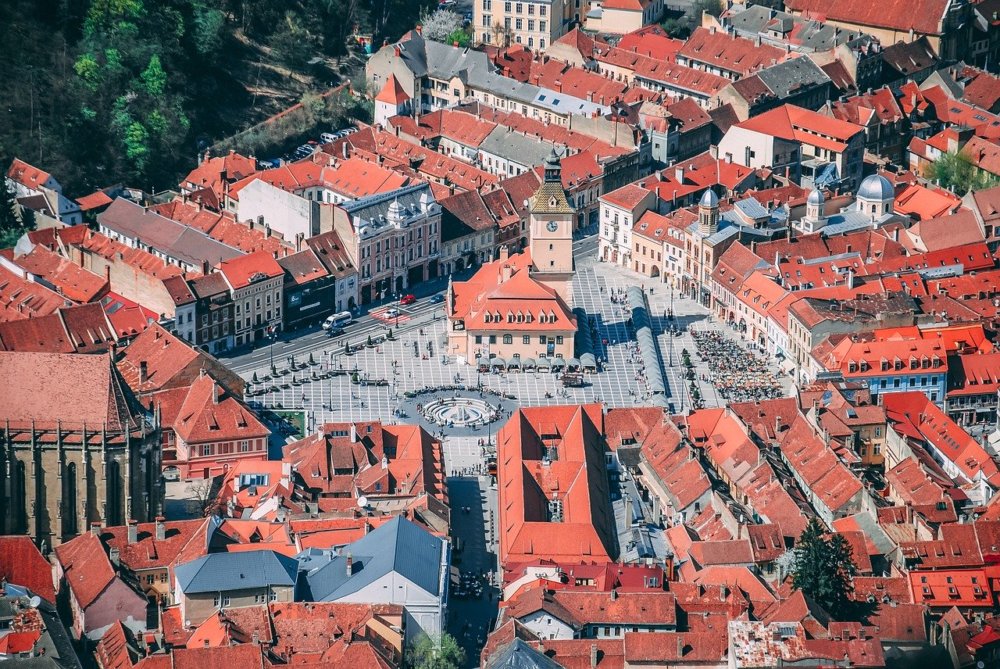 Ringed by the Carpathian Mountains sits the quaint town of Brasov, in one of Romania’s most well-known regions; Transylvania. Characterised by its medieval Saxon walls, gothic architecture and cute cafes, Brasov is a pleasant destination to explore. Though small, the sights to see are plenty so further ado, here are a few we think you shouldn’t miss out on. 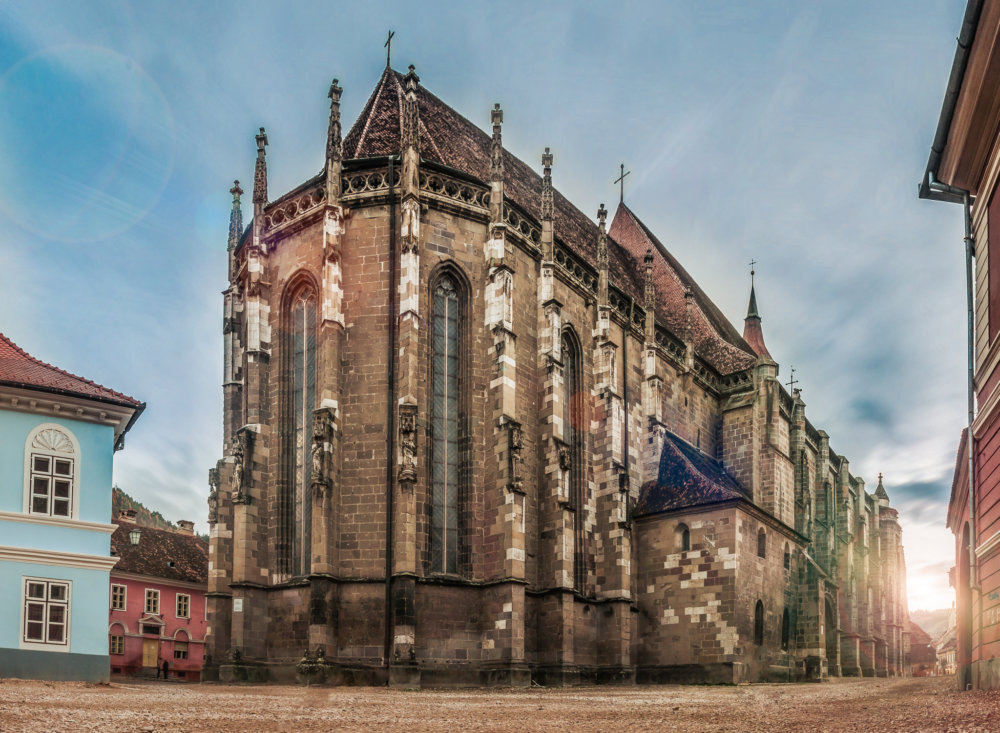 As its name suggests, this tall religious site adds to the gothic look of the town with its dark colour. It towers over the town square so spotting it is easy. The church dates back to the 14th century and its interior is as interesting as its exterior, though what you see has recently been updated. A fire in the 16th century devoured a large portion of the church and it took almost 100 years to be restored.

Now, the Biserica Neagră, as it’s known, houses the largest bell in Romania, weighing six tons and a 19th-century 4,000 pipe organ. If you are lucky you’ll get to hear an organ concert. Usually, they are on every Tuesday at 6 pm from June to September. 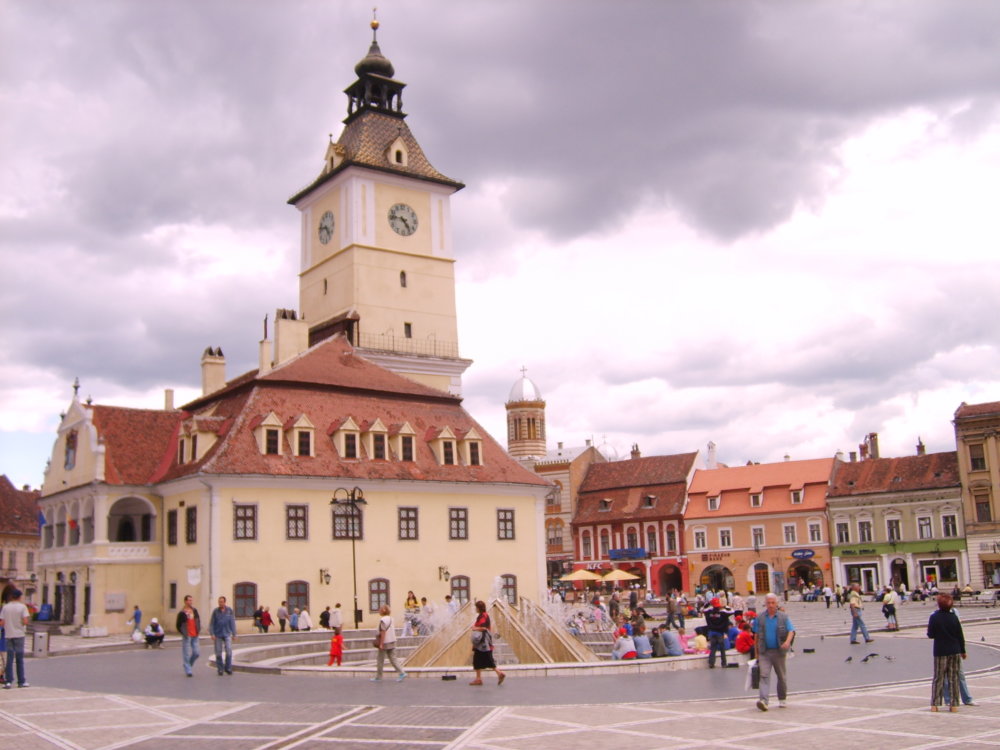 Whether you plan on going or not, chances are that you will find yourself on Sfatului Square one way or another. It’s one of the locations that come up the most when Google-ing Brasov and for a good reason; it’s the centre of the town. Now a hub of restaurants, cafes, bars and shops, the square is heavily visited by locals and visitors alike, but that wasn’t always the case. Back in the day, the square was far from a social meeting point. It was the place where the public executions took place, but now, decades later, very little of its dark past is evident.

Right on the square is restaurant serving local cuisine. One of the must-try dishes when in Romania is papanasi, delicious creamy doughnuts served with a berry jam. These are an iconic statement of Romania cuisine and it would a sin to visit the country without tasting them. La Ceaun was one of the places that did the best version of papanasi we tried while there. But don’t go overboard and get excited by its cottage cheese, jam and fried goodness – they are quite filling.

While you are on a culinary experience, grab a chimney cake from one of the street carts found around Sfatului square. Specific to the Transylvanian region (and Hungary) these are long, fried dough-like cakes drenched in a sugar-cinnamon coating. 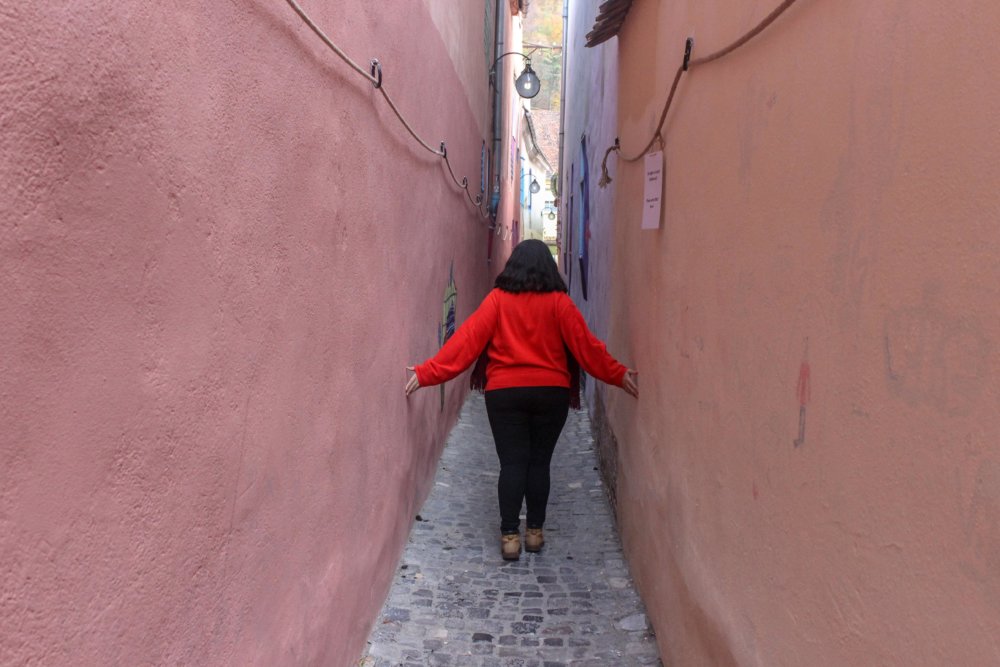 Thought to be one of the narrowest streets in Europe, Rope Street is an exciting alley to stumble upon. Indeed narrow, the street is a colourful delight with a pebbly ground. It’s not too far from the centre and finding it will be a good walk to explore more of Brasov’s neighbourhoods. You’ll want to photograph this one.

Beyond the Saxon Gates 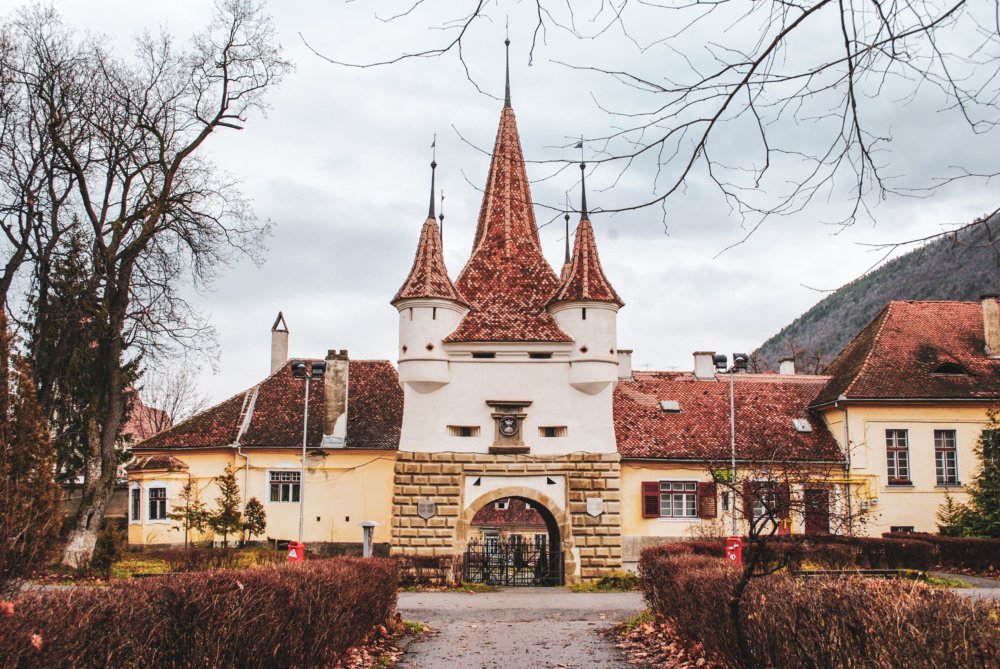 While on a hunt beyond the town centre, why not explore what lays outside the Saxon gates that surround Brasov? As part of the old fortress, the town has numerous entrance gates, known as the Saxon walls. Catherine’s gate is a beautiful spot to explore with pointy tower tops and big-leaf trees. Past the gate is another small centre, the Schei district, brimming with more restaurants and cafes. 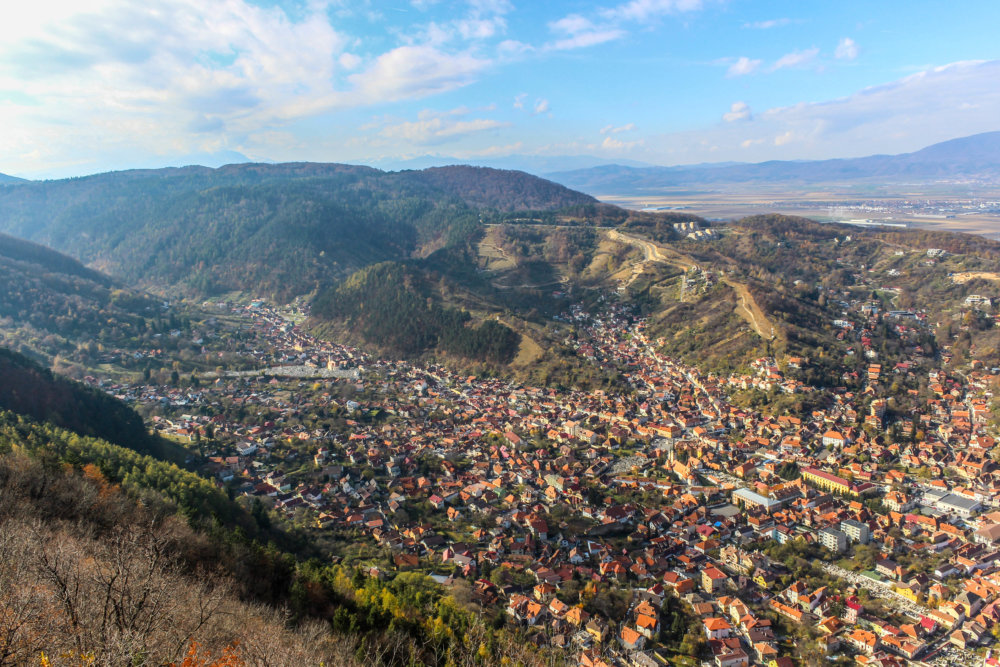 Tampa mountain is a dense green viewpoint to see Brasov and the surrounding mountain tops from above. Its stunning views only put things into perspective and offers a better look at where you are actually at. Nestled between mountains. The way to get there is even more exciting (if not the most exciting part about visiting Tampa mountain). There are two options to climb up the mountain: hiking or a cable car.

Once at the top, you can explore a bit of the flora and fauna of the area, just beware of the bears that may be lurking around, after all, it is the forest is their home. Several decks and viewpoints are around to take in the view – they are the ultimate spot for photography and meditation.

If it’s something playful and adventurous you’re after, is an outdoor playground for kids and adults filled with zip lines and forest-lined ropes. It is Eastern Europe’s largest adventure park with 16 routes that progress in difficulty. During the winter months (December to February) the park is open on Fridays, Saturdays and Sundays. In the summer, it’s open daily. The choice is yours, though the winter months are bound to be calmer.

Brasov hides a lot of gems, in architecture, history and cuisine. Getting to know them simply requires an open mind, a curious spirit and a thirst for exploration, and chances are if you’re reading this blog, these are qualities familiar to you. For a more organised and in-depth look of the town, you can join a free walking tour where local guides show you around and tell you the good, bad and ugly of their town. After all, aren’t local stories and myths what make a place even more interesting? Brasov and are all about that. 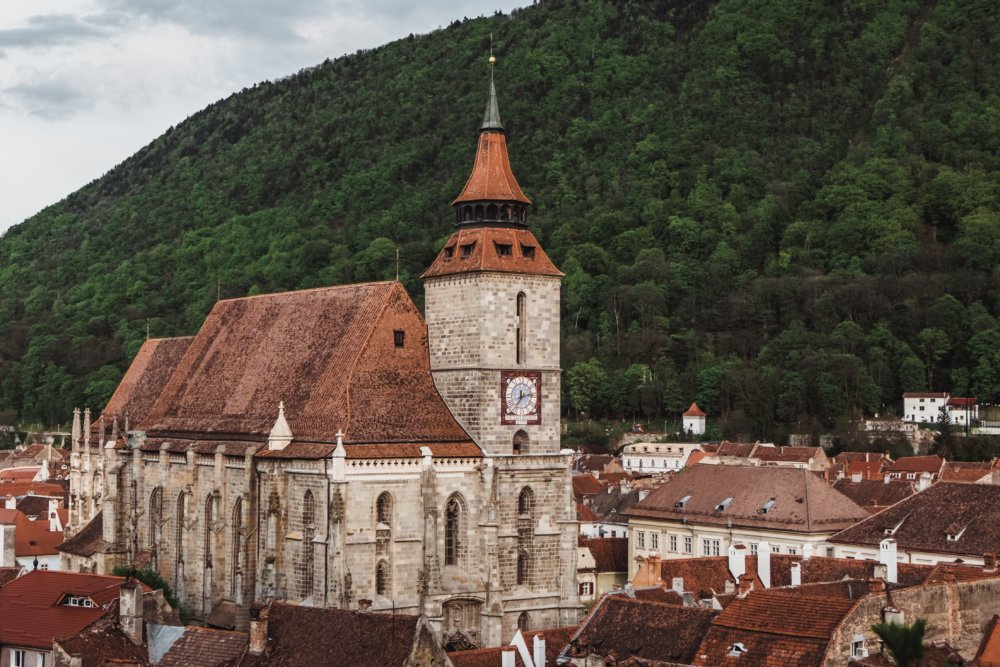