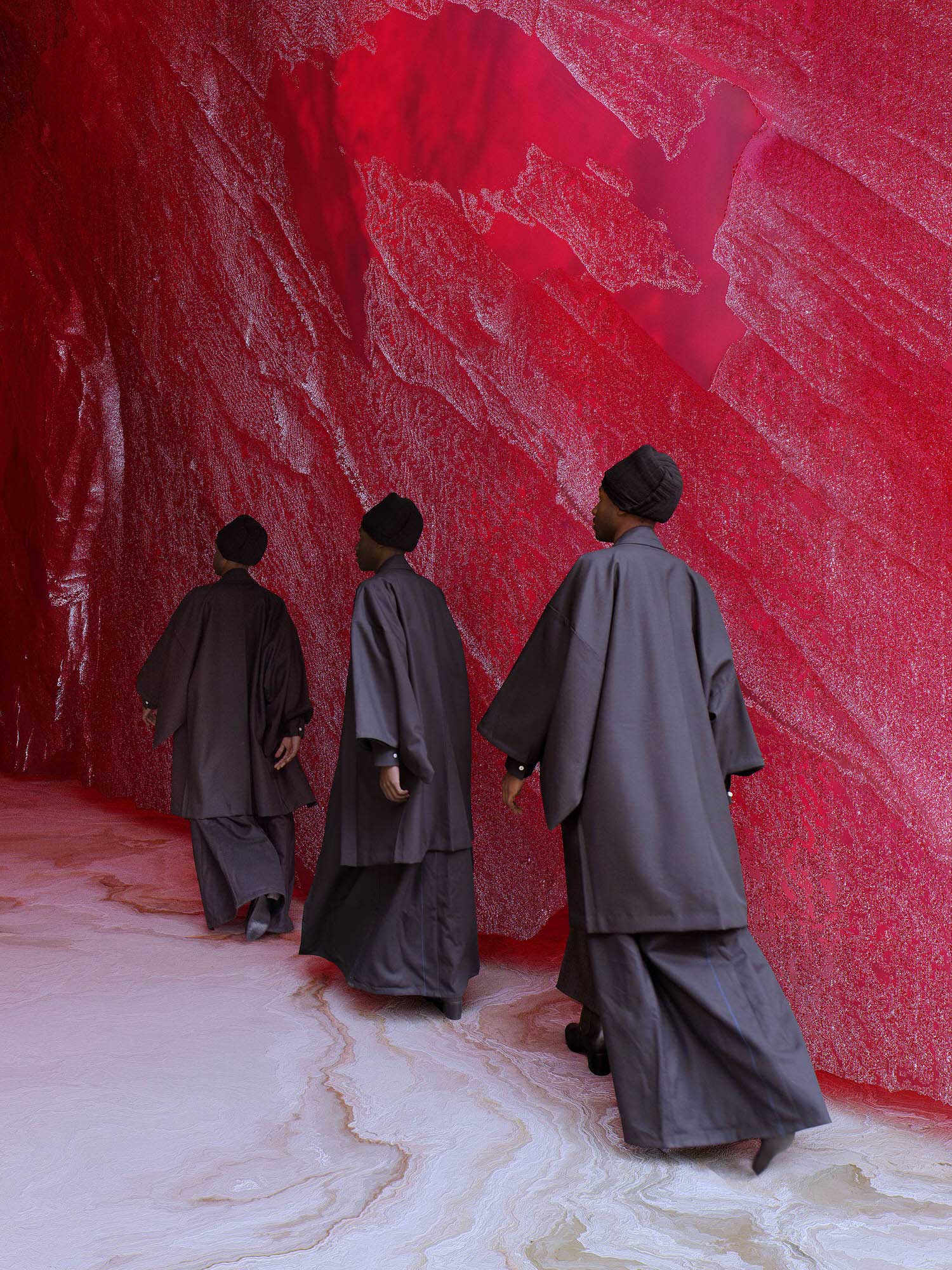 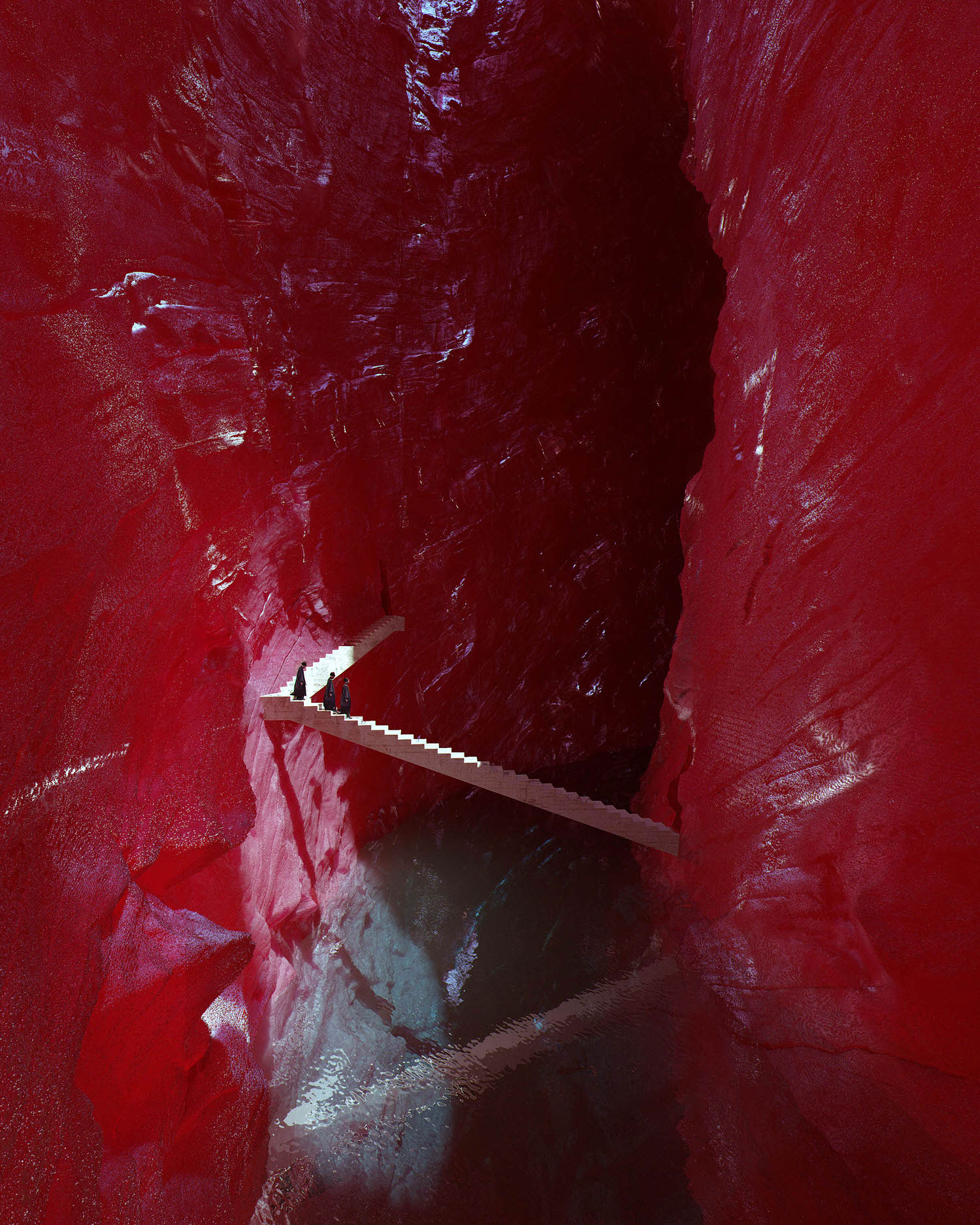 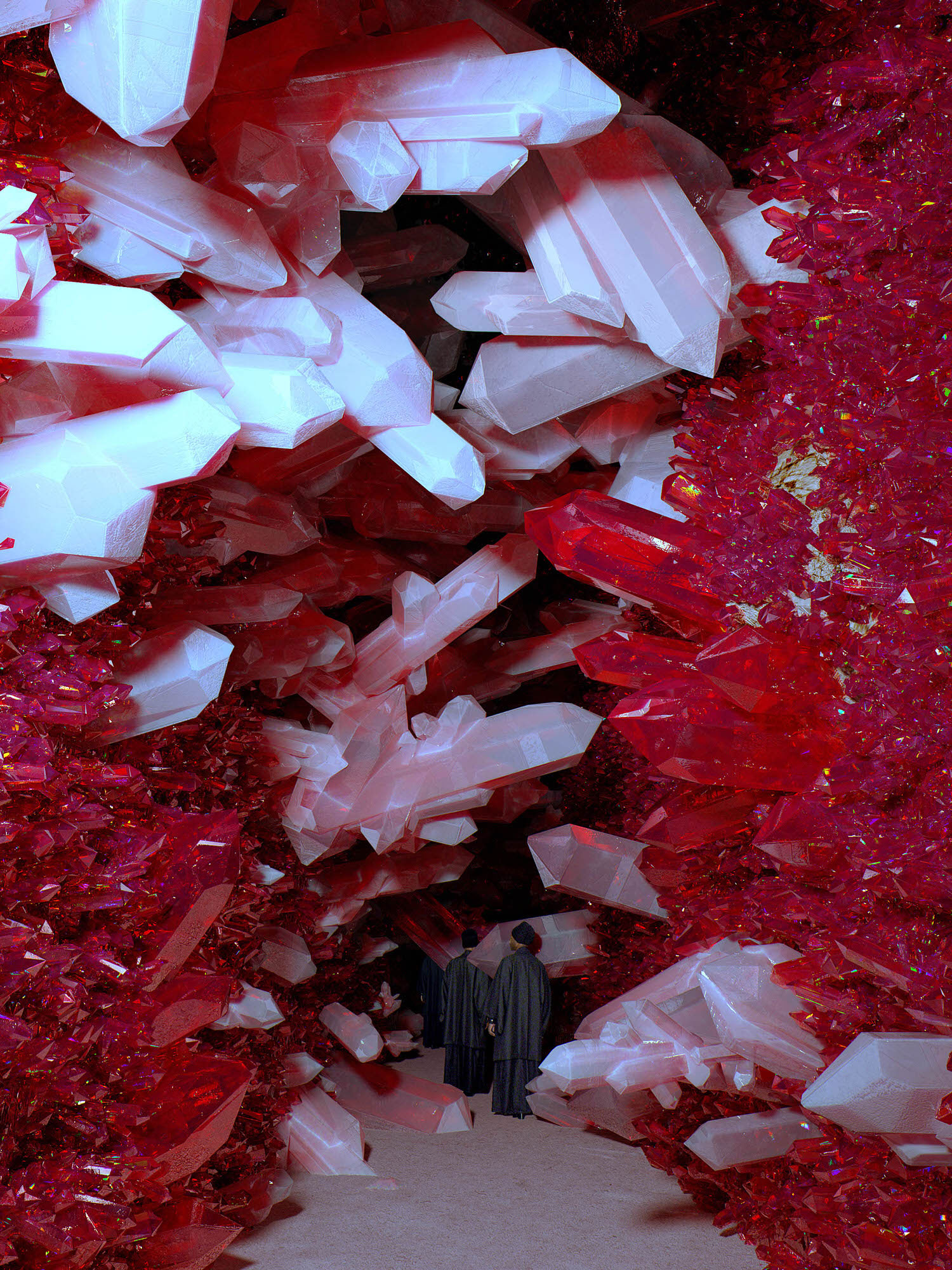 The experience of viewing ’s otherworldly photo series, ‘The Temple’ can be likened to entering a futuristic alien-like world, where the unexpected is celebrated.

KVANT-1 is a multidisciplinary design studio in Bergen, Norway newly formed by Vegard Aarseth, Nicholas O’Leary and Jan-Erik Sletten. The trio describes their practice as one that is “curious, playful and finds comfort in the realm of the unconventional.” Their series ‘The temple’ is no exception. The team were inspired by “tales of the orient, stories of pyramids, and everyone’s favourite archaeology professor turned treasure hunter, Indiana Jones” when creating the images. They describe the result as “an ode to both mystery and understanding and ultimately, to imagination.”

The team explain this imaginative, speculative series was largely based around a collection of projects they undertook in isolated, arid locations. The raw landscapes brought a new perspective to the Norwegian studio, providing them with a new experience from which is draw inspiration.

A series of shimmering, blood-red crystals fall from the ceiling, creating a cave-like structure. Two figures, clocked in black sit like ants, shrunken by the vastness of the objects suspended above them. Another image features a cavernous rock formation whose red body glows a vivid red. A singular stairwell traverses the curving gap, allowing the otherworldly, alien-like figures to disappear into the carved rock. 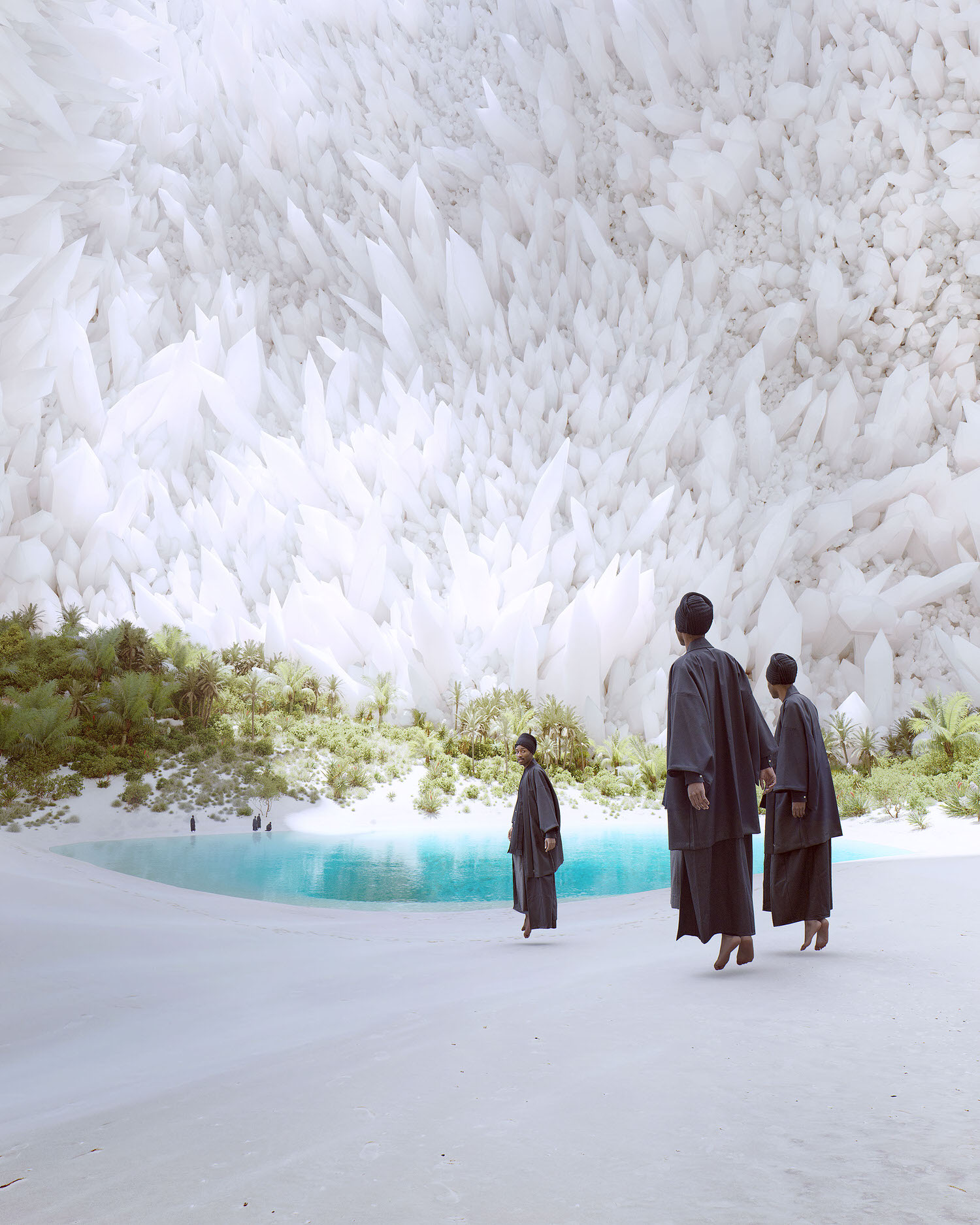 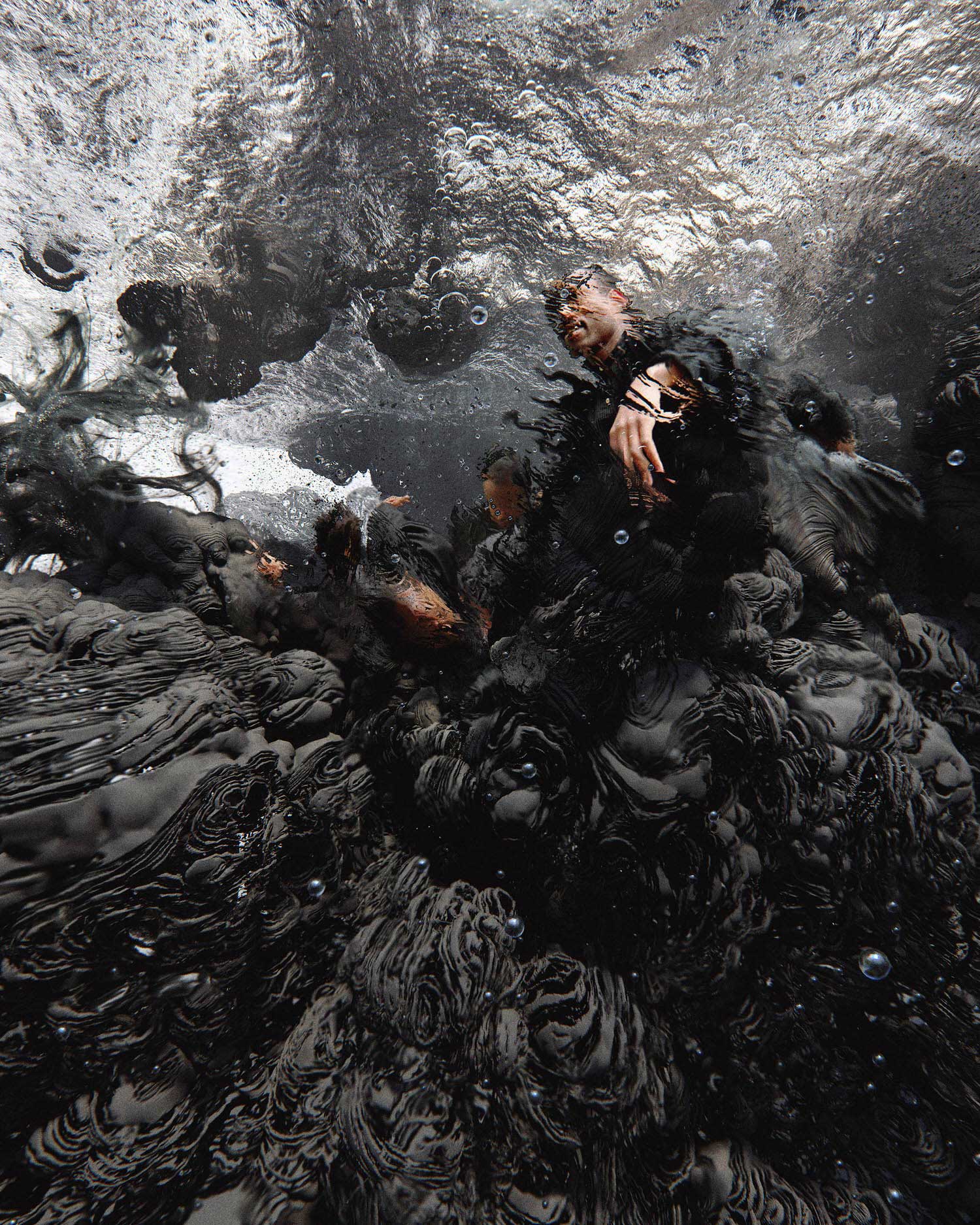 “We were completely taken off guard by the beauty of the landscapes; the textures, the atmosphere, the quality of light, the variation. It was like experiencing the world anew again. In our innocent minds their lay mystery and wonder everywhere”,  explains the team.

“The scene is set in a land foreign to all where the definition is deliberately left undefined. Built upon the disintegration of absolutes, the temple is an interplay of seeming contradictions. Dark becomes light, stone becomes flesh, barrenness becomes life, grounded becomes weightless, solid becomes fluid. The unknown is one of the most potent fuels for imagination, and in the midst of the pandemic, partly as a form of escapism due to the restrictions, we set about exploring more of the unknown.”