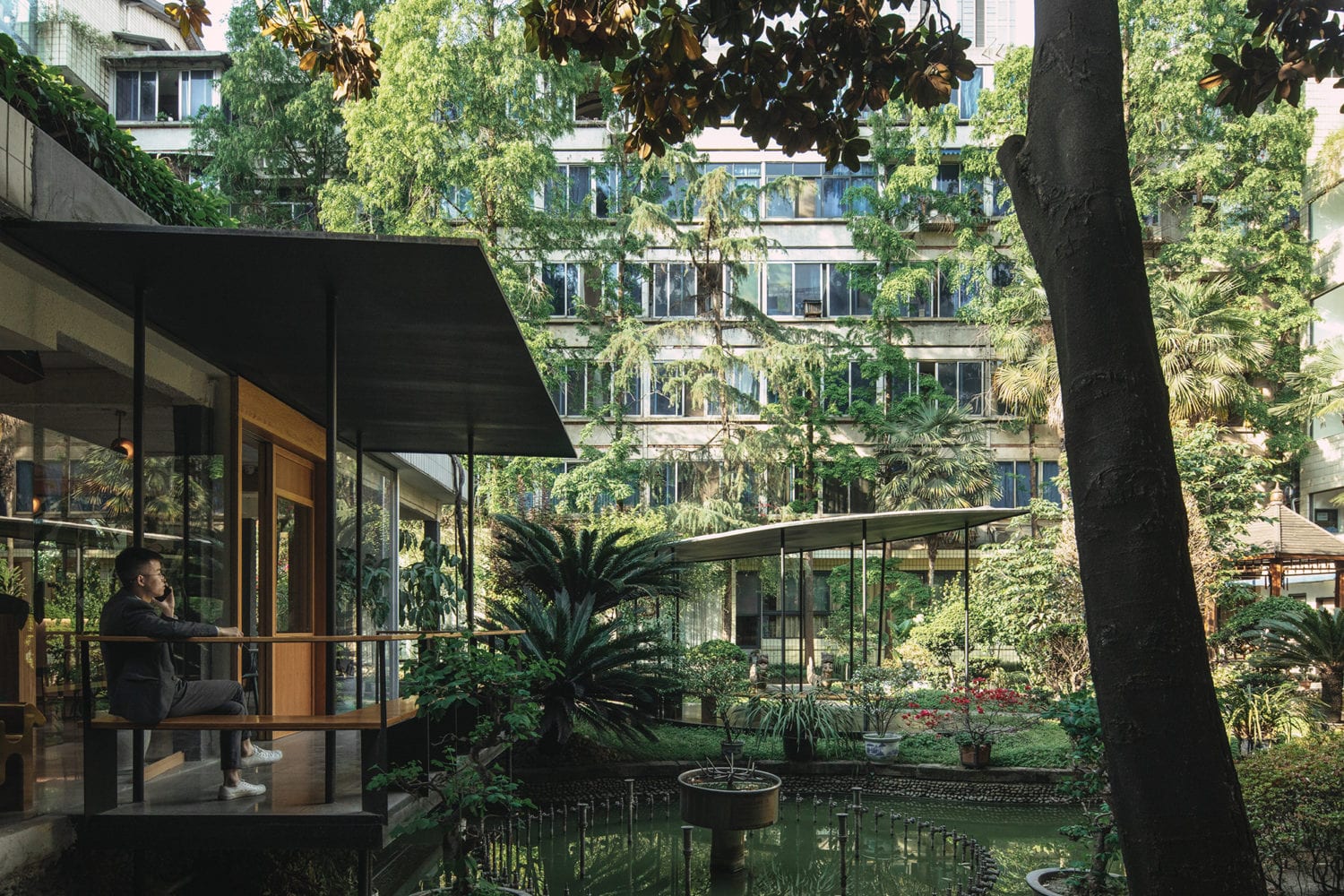 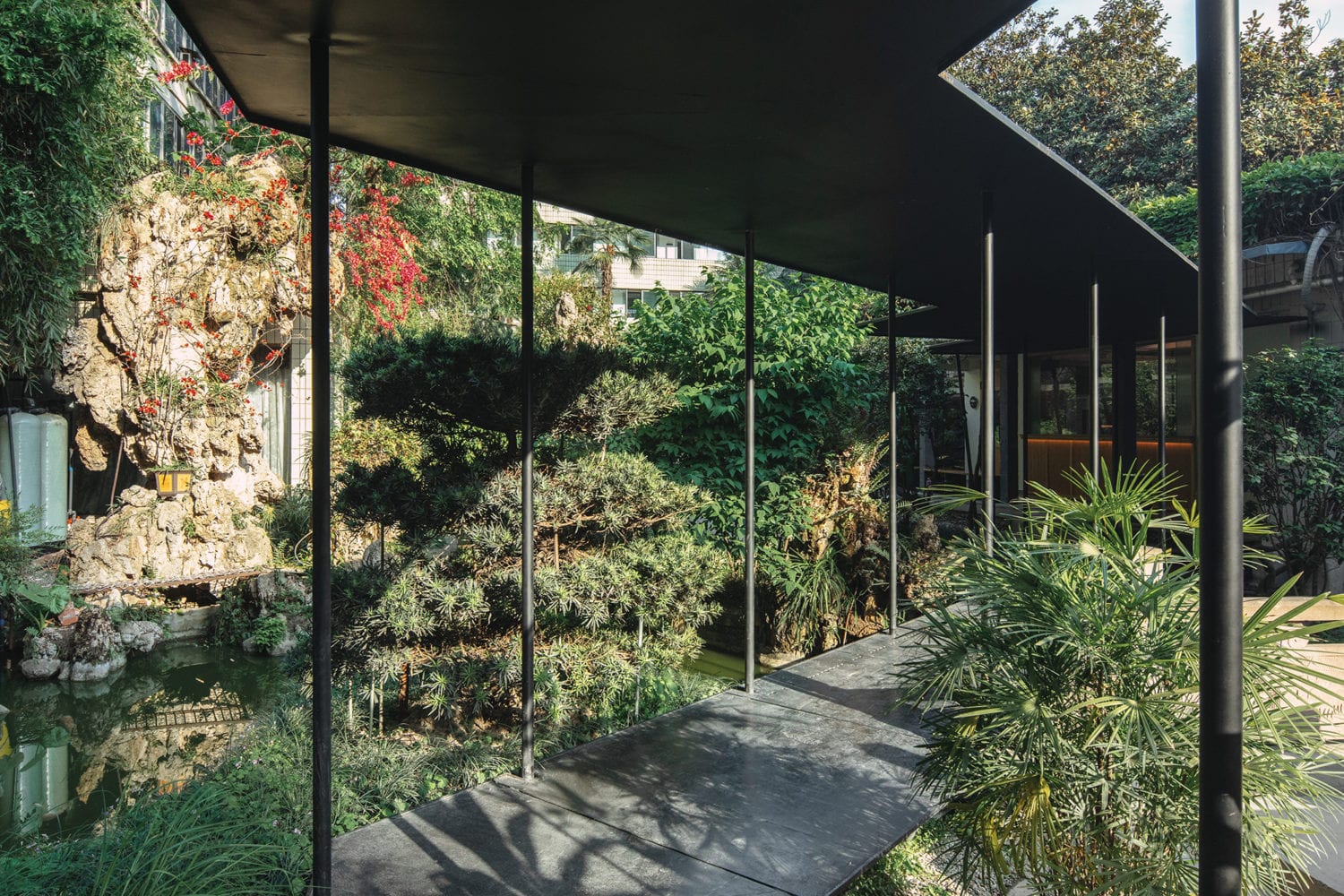 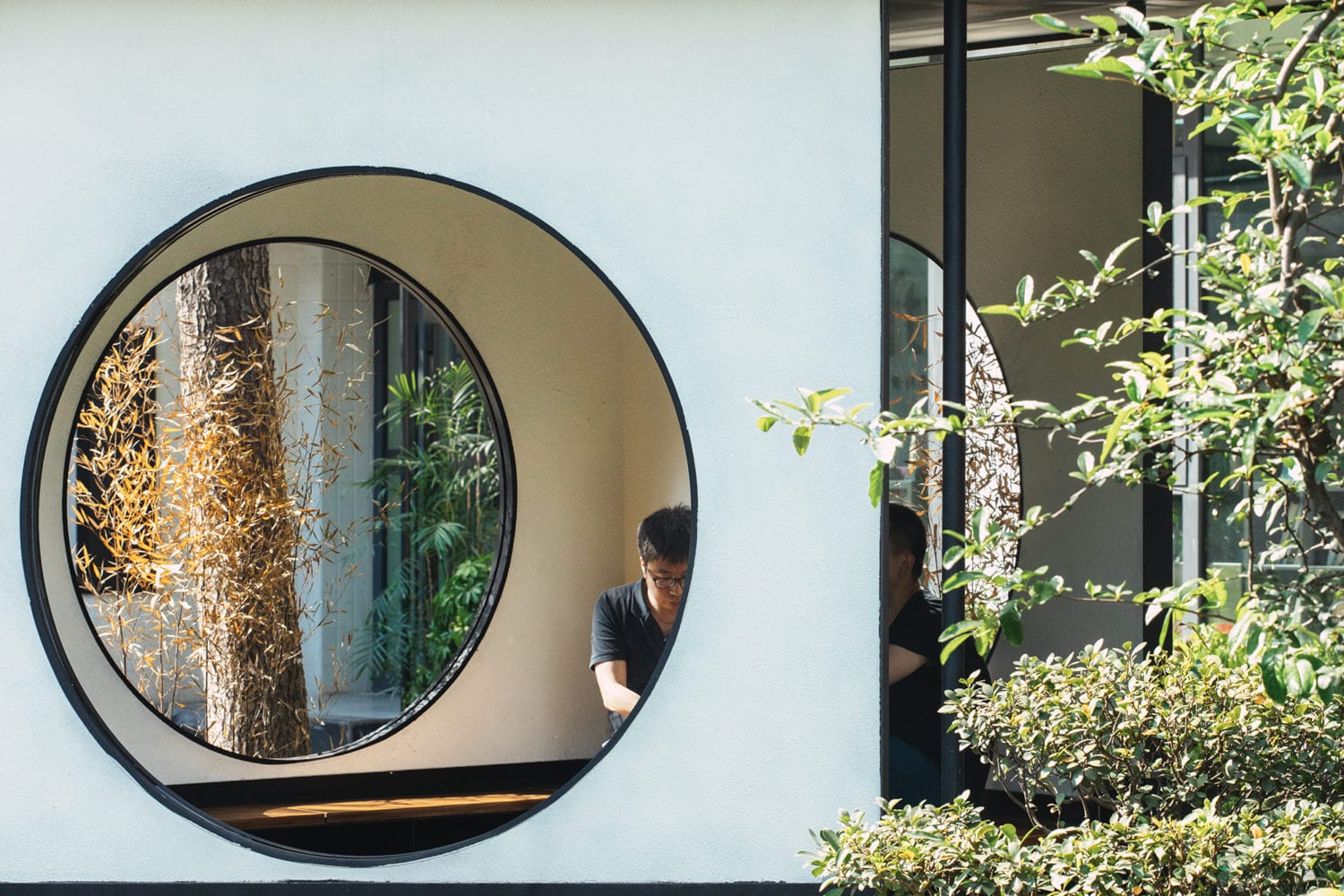 The site of the historic Garden Hotel in Sichuan, was in danger of demolition, before being rescued and repurposed into offices by . Distinguished by its verdant greenery, the design aims to retain the original characteristics of the hotel garden while being careful not to erase traces of its evolution over the years.

Applying a strategy of modification rather than demolition was key, with the architects following a ‘minimum intervention’ approach due to limited budget and site conditions. A shaded walkway follows the original garden path, while the former hotel lobby is transformed into a tea house. The path is a closed loop, with the central tea house forming both the start and end points of the Garden Island Countyard.

The raised pathway enhances the landscape of “proper dense, various views, full of twists and turns,” according to the architects. 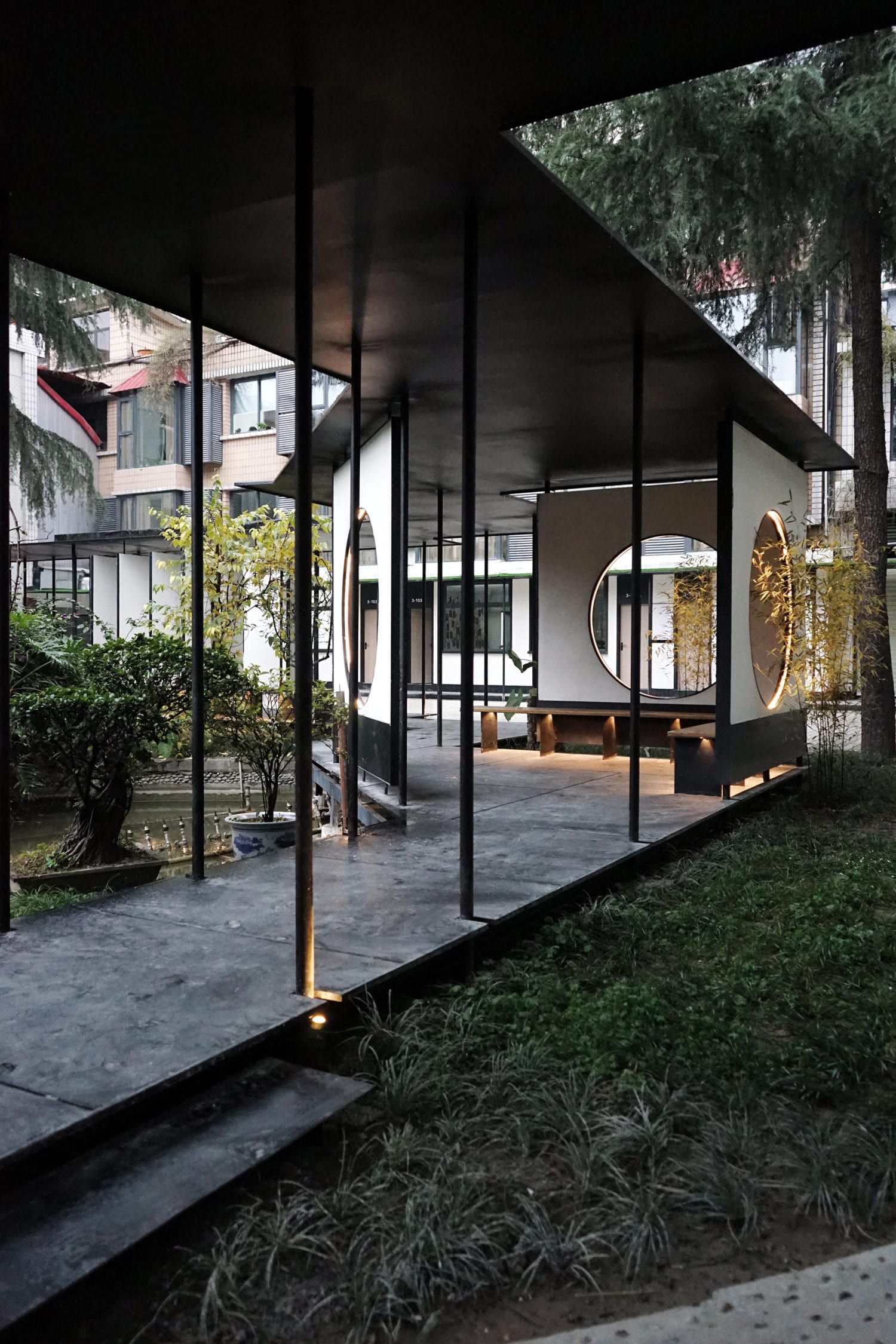 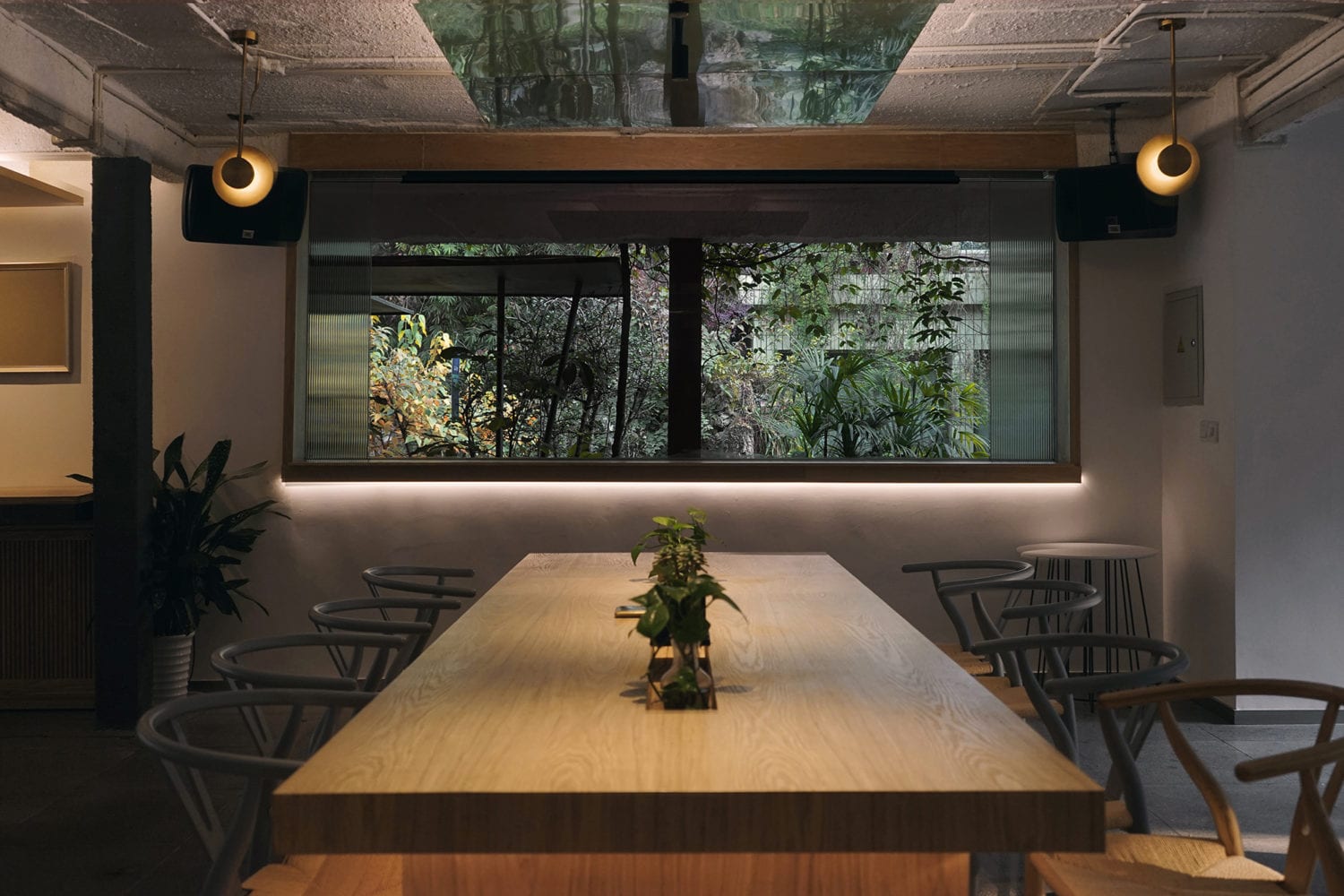