The Future of Living by Urtzi Grau & Guillermo Fernández-Abascal, UTS School of Architecture. 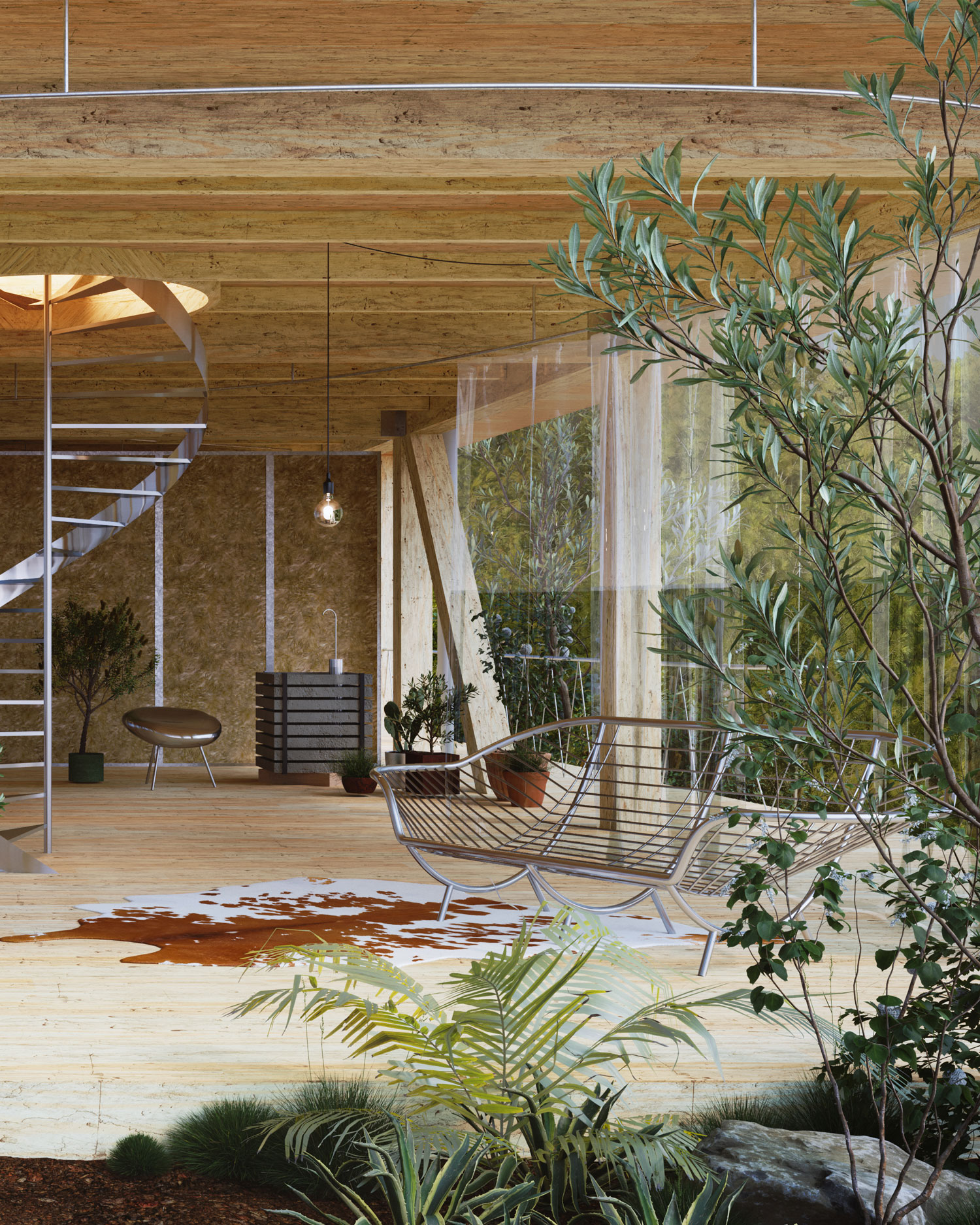 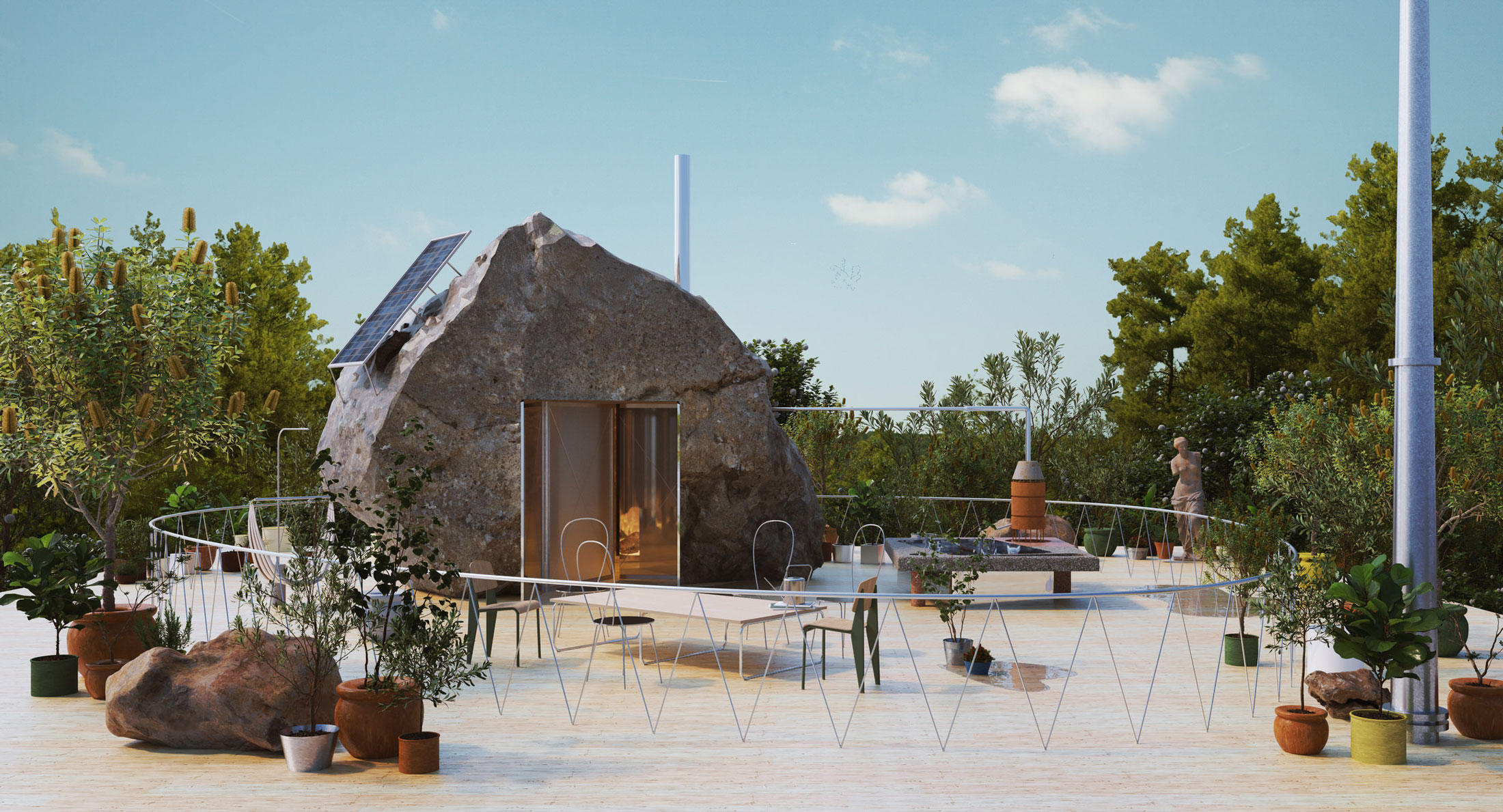 The Future of Living – The Hut.

The great Australian dream has informed how generations have lived in this country. The idea of domestic bliss was always embedded within the brick walls of a humble, free-standing family home sandwiched between suburban front and backyards. Once the golden standard, this dream now lies largely discarded.

In the face of dramatic cultural, environmental, and social shifts, a significant redefinition of the future of living in Australia (and beyond) is required. A rethinking that and have undertaken as a part of ’s investigation for Allianz Australia.

The Future of Living – The Hut.

Grau and Fernández-Abascal’s theoretical project, The Future of Living, addresses a “new type of domesticity emerging within Australia, defined by a shift towards hedonistic collective housing.”

The duo describes their project as a “step-by-step devolution of contemporary household property models”, creating in its place, a new way of sharing life. Future inhabitants are seen as a collective within the project, that together must “become involved in a continuous definition of their domestic environment.” 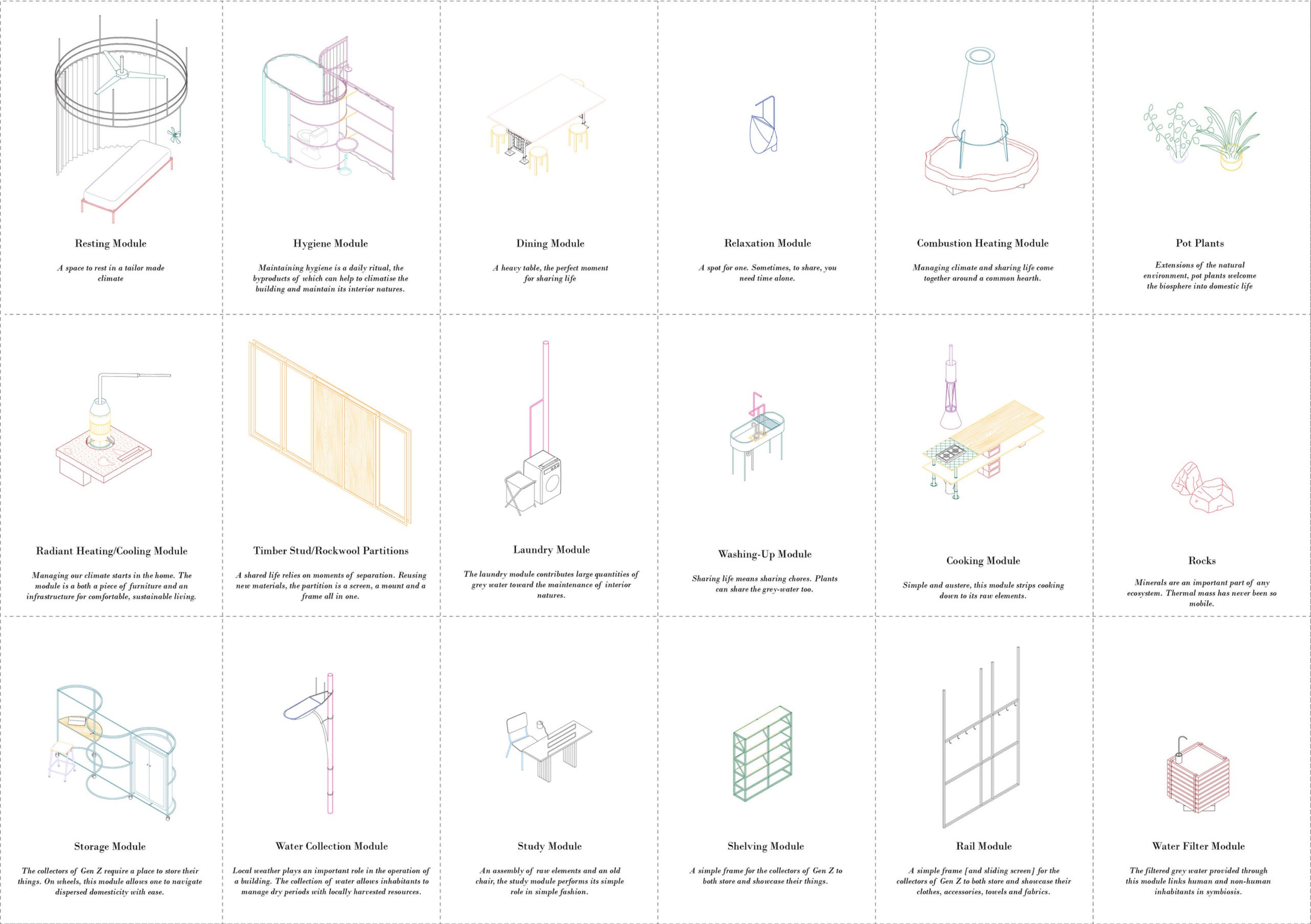 “They are scattered around the house and provide a variety of spatial conditions. They perform climatically, they provide privacy, they include plants and rocks, they allow us to gather. This collection of objects defines an ambiguous living environment. It is neither an interior nor an exterior, but it is certainly a part of the Australian landscape.” 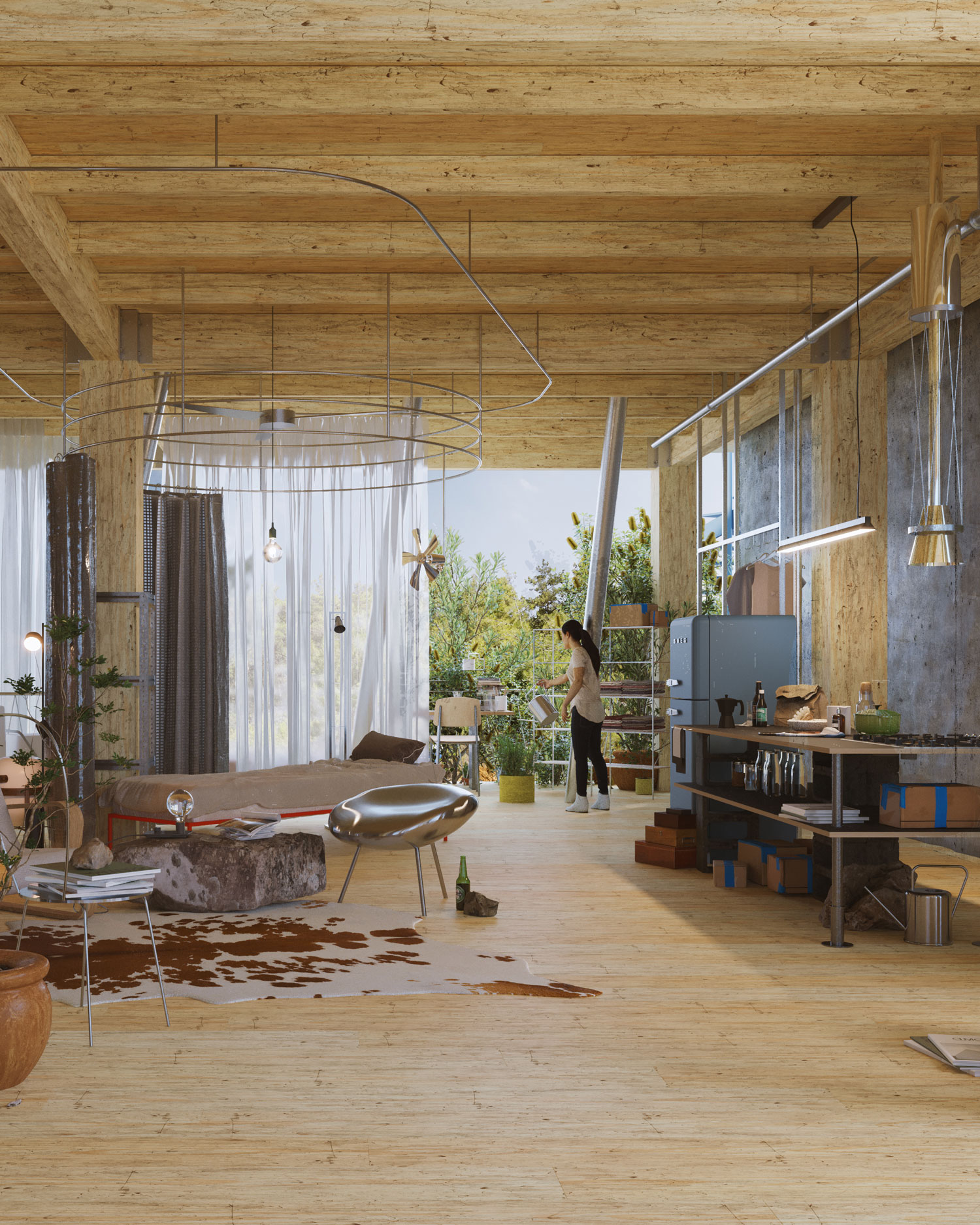 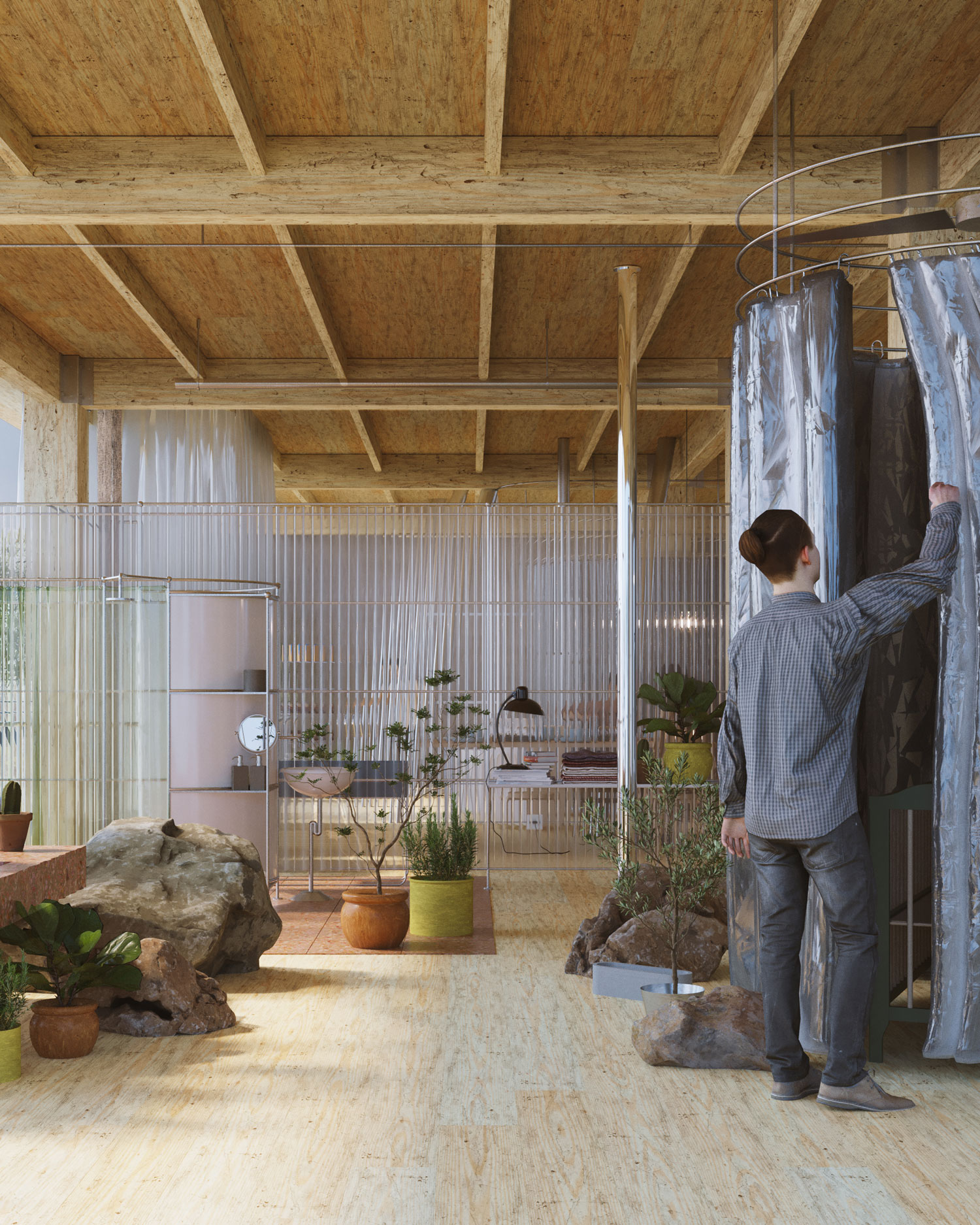 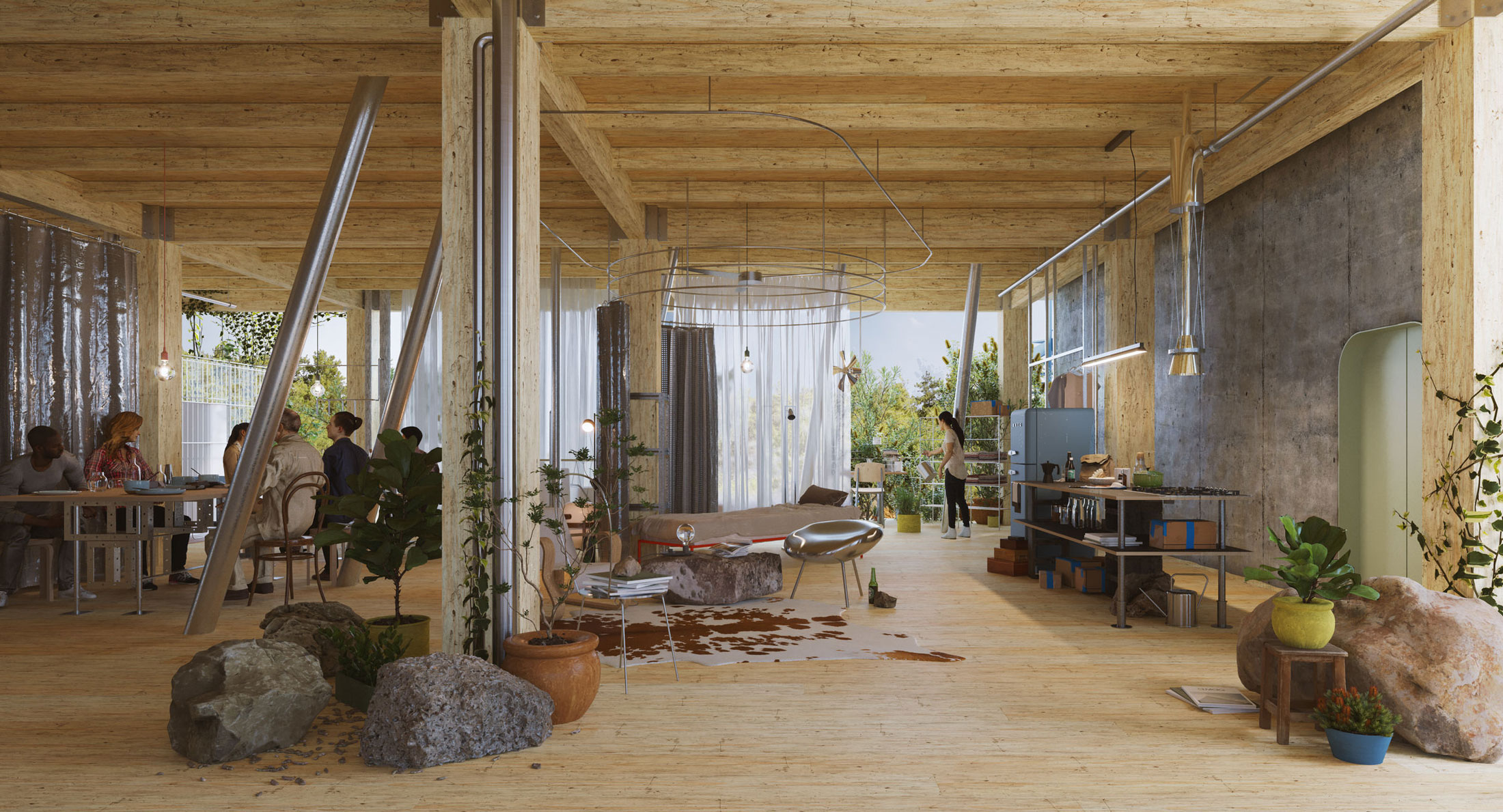 The Future of Living – The Tower.

The environment affords the ability for the users to define their own comfort. Conventional domestic infrastructures such as appliances, curtains, plants, and furniture can be manipulated to alter climatic, acoustic, or visual conditions. Grau and Fernández-Abascal state – “If climate and mood shape the domestic dreams of future generations, The Future of Living provides the tools to define them.”

The project exists as a prototype for mass production, designed to be erected in isolation (The hut in the bush) as well as a part of a high rise (The tower in the city). Each environment that intersects with the structure informs the way of living of the inhabitants. Although it barely touches the ground, the structure “welcomes flora, fauna, looks after the local geology, and fosters the water and wind. The next step for exploring new ways of living requires a great deal of care and maintenance,” proclaims the duo.

The Future of Living – The Tower.

An open-plan, no façade structure, constructed from a square grid of CLT (Cross Laminated Timber) columns and a timber roof, forms ‘The hut in the bush’. Interior spaces flow seamlessly into the exterior as the surrounding environment blends into the ground floor.

“Everyday life becomes a continuous negotiation with the position of the sun, the views, the need for privacy, the pursuit of pleasure, and the desire for a life together with the land.”