Oh, New Zealand! Is there another country that packs more into such a small a space? From its rugged coasts to its long golden sandy beaches, to its towering mountains and winding rivers – its truly a country overflowing with so much phenomenal natural wonders. Wether you’re seeking adventure, luxury or relaxation, New Zealand’s South Island really does have something for every traveler. I can’t cover all of the incredible sights, but I have pulled together a list of some of the best things to see in New Zealand’s South Island and I hope this gives you some inspiration.

Starting at the top of the South Island, the Marlborough region is best known for its vineyards and no trip to this area is complete without sampling some of Marlborough’s famous Pinot Noir and Sauvignon Blanc blends of wine. The little towns of Blenheim and Renwick make picturesque bases for exploring the wineries and taking in the views of the endless rows of bright green vines. 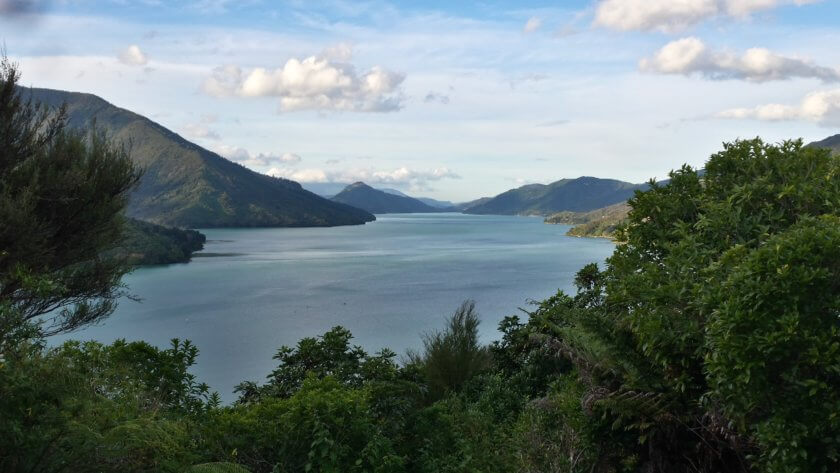 Further afield, the vineyards melt into lush green landscape until you hit the town of Picton, nestled in the very heart of the Marlborough Sounds. From this little seaside town, you can either hop on a ferry over to Wellington or head off and explore some of the hiking tracks which lead to the hills and rugged coast of the Queen Charlotte Sounds. 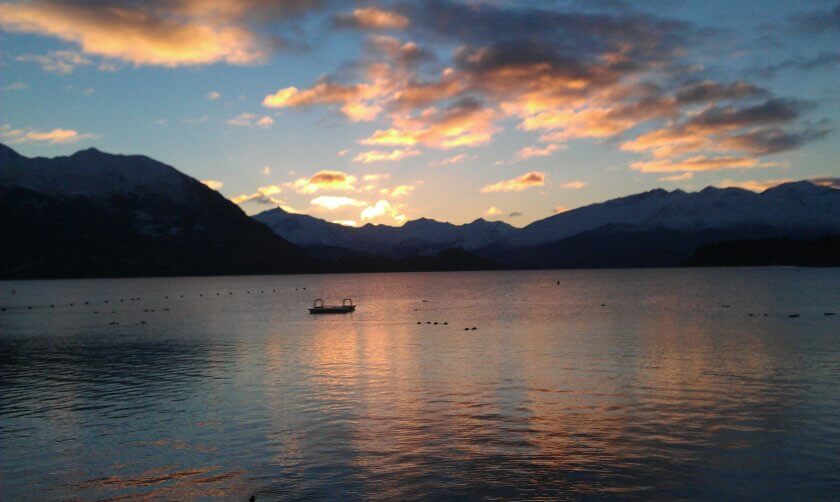 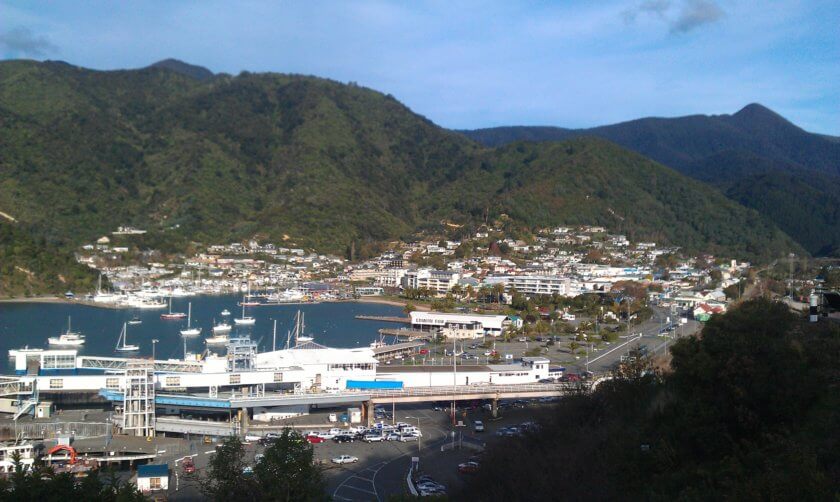 Follow the winding coastline along and you will be treated to some of the most breath-taking views of the long stretches of jagged hills, half-moon bays and hidden caves flanked by dense forests until the bustling town of Nelson comes into view. It sits at the very heart of the top of the South Island, making it one of the most popular spots for visitors as well as holidaying Kiwi’s. The perpetually sunny weather and laid-back nature of the locals, gives Nelson a really charming hippy vibe. It’s also renowned for its thriving art scene and music festivals. 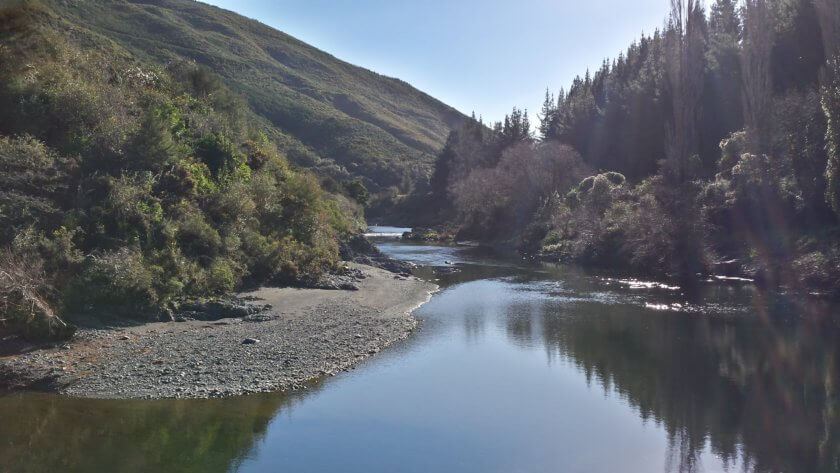 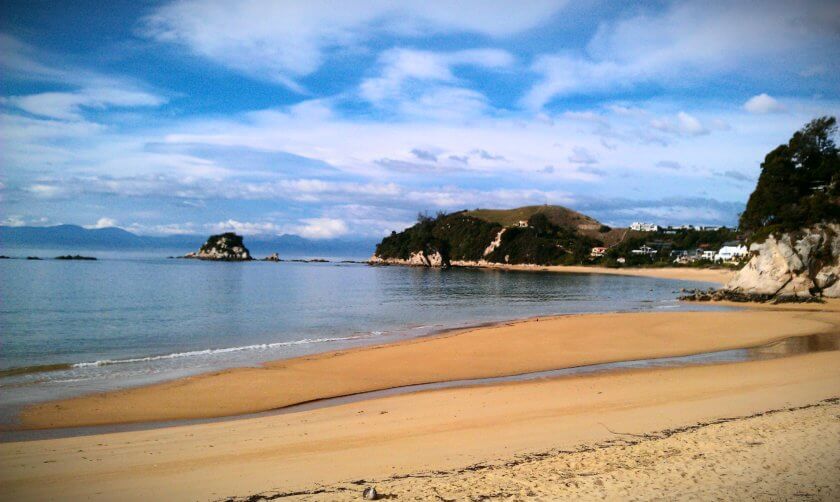 From Nelson, continue west along the coastal route to Abel Tasman National Park, with a stop off at the gorgeous little beachside town of Kaiteriteri. In my opinion, the Able Tasman National Park is a not-to-be-missed part of the South Island. The striking landscape is brimming with golden sandy beaches, dense bush land and crystal-clear blue waters. Head off on one of the many hiking tracks and lose yourself in the vast natural beauty of the area. Alternatively, take to the waters and rent a kayak or hitch a ride on one of the sailing boats which cruise along the calm ocean. There is the option to camp or stay in a cosy lodge, but the nearby towns of Motueka and Marahau also have plenty of accommodation options as well. 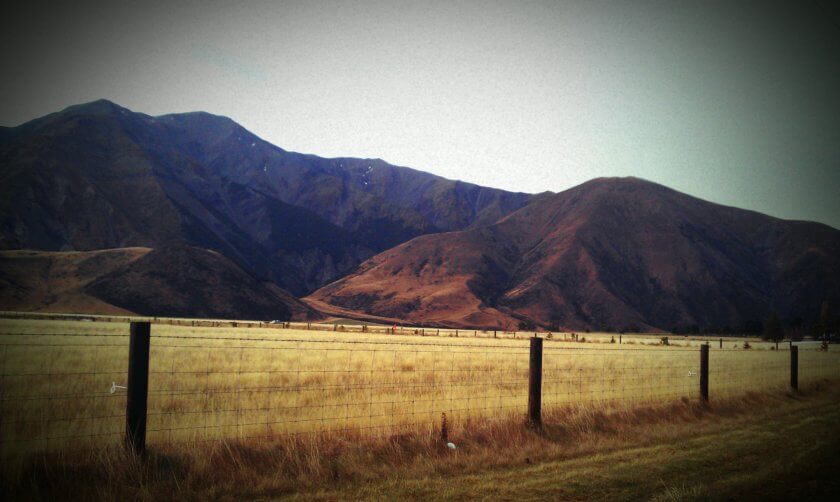 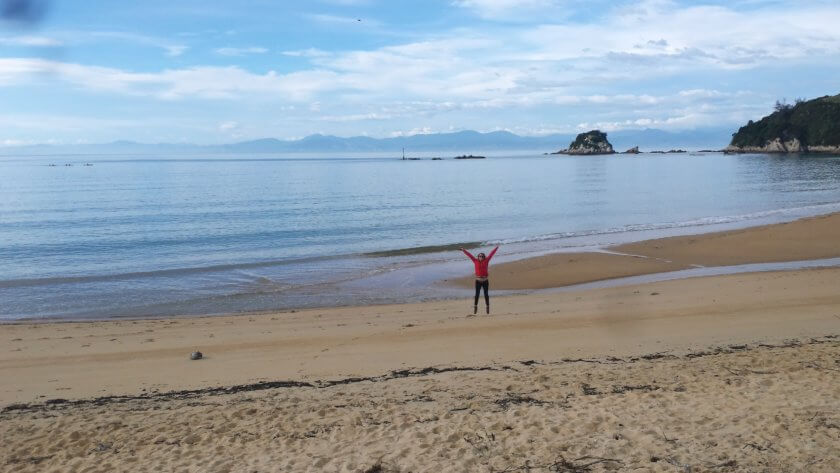 Journey a little further along still and you will reach the northwest tip of the South Island. Here you will discover the untouched area of Golden Bay which stretches out to the pinnacle at Farewell Split. There’s only one route that leads in and out of this spot which makes it largely remote and undiscovered. 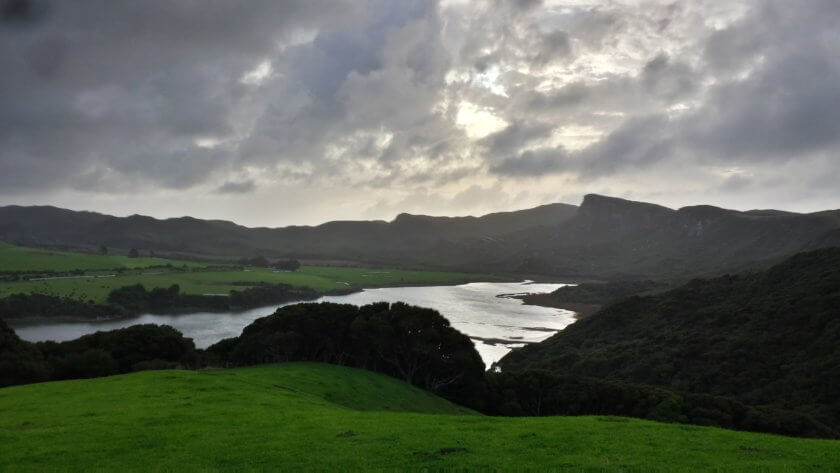 WEST COAST AND THE GLACIERS

The West Coast of the South Island is the most uninhabited and wild of all of the island’s shorelines, making it unique in its untamed, raw beauty. Unlike the golden sandy beaches of Marlborough, the West Coast is laden with torrential rainfall, rocky cliffs and rough waters. 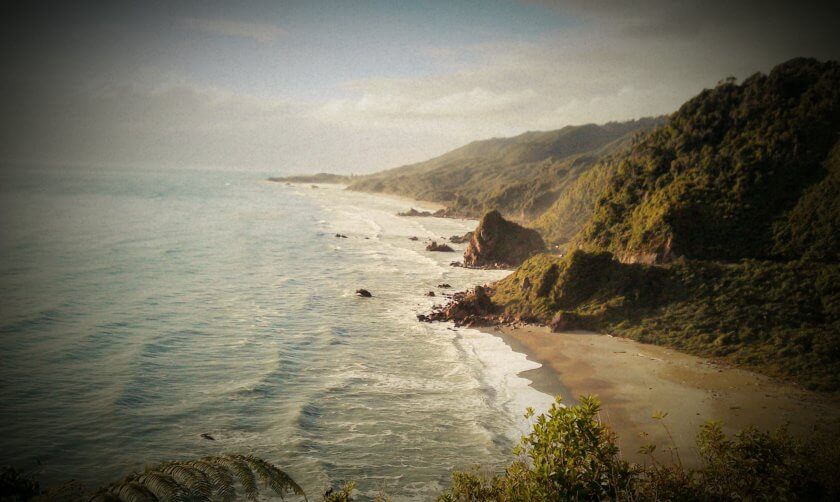 You don’t come to this stretch of coast to sun-bake but rather to appreciate the volatility of nature. The best place to witness this is at Franz Josef and Fox Glaciers. The biggest of the two, Franz Josef Glacier can be explored by foot on an hour and a half hike up the face of the glacier. And when you make it back down, head to the glacier hot pools for a well-deserved soak. Fox Glacier is a short drive south and is easy to hike on the marked walkway which takes about an hour. Be sure to check out the glow worm caves which are back near the town centre. Other spots in the area which are worth the detour are Lake Matheson and Paparoa National Park. 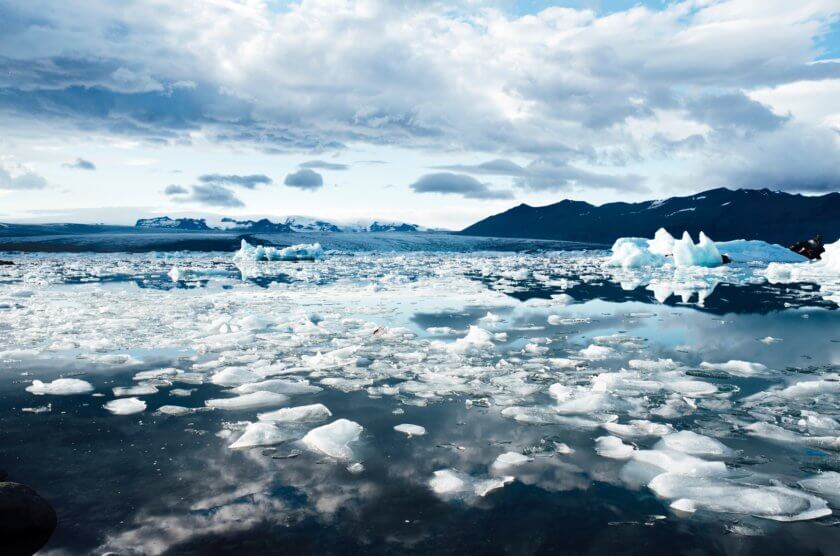 Adrenaline seekers flock to Queenstown as it is known to be a paradise for lovers of all things adventure. Queenstown is set between rocky mountains on one side and the expansive blue waters of Lake Wakatipu on the other. It’s one of the busiest and most popular parts of the South Island – filled with hip restaurants, cool bars and luxury hotels. But visitors to this part of the world are more often than not coming to try out the many adventure activities. The most popular of which are bungee jumping, white water rafting, jet boating and zip lining. However, if heart-stopping sports aren’t really your thing, you can also have a go at disc golf, which is a strange combination of golf and Frisbee. 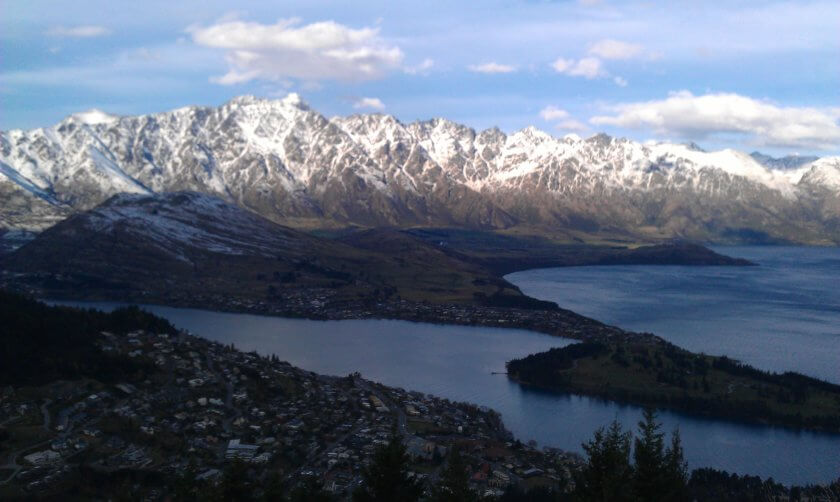 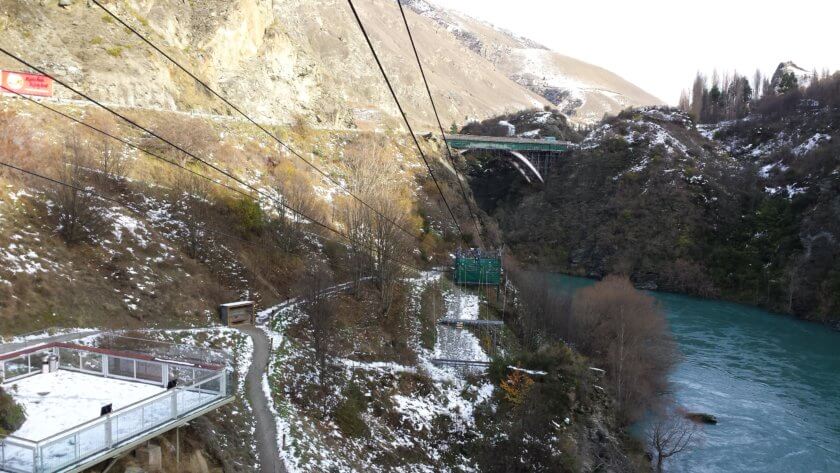 On the outskirts of Queenstown sits the cute little settlement of Arrowtown. It was once a gold rush town and still has the essence of a place firmly rooted in its rich history. Venture a little further and you will reach Wanaka. The laid-back town sits on a lake of the same name and with the hills of Central Otago and Mount Aspiring in the background, it is undoubtedly one of the most picture-perfect places in the South Island. 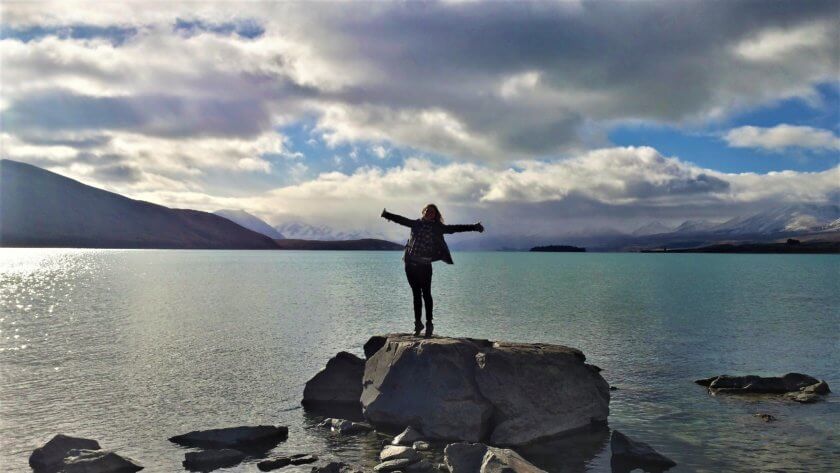 The Fiordlands covers the most remote and desolate areas in the South Island. Often referred to as ‘the end of the earth,’ the Fiordlands are home to some of the most dramatically stunning landscape in all of New Zealand. The area encompasses 14 fiords as well as two of New Zealand’s deepest lakes and an array of wildlife, birds and plant-life. It would be impossible to cover the whole area, so there’s a few spots which are not to be missed. 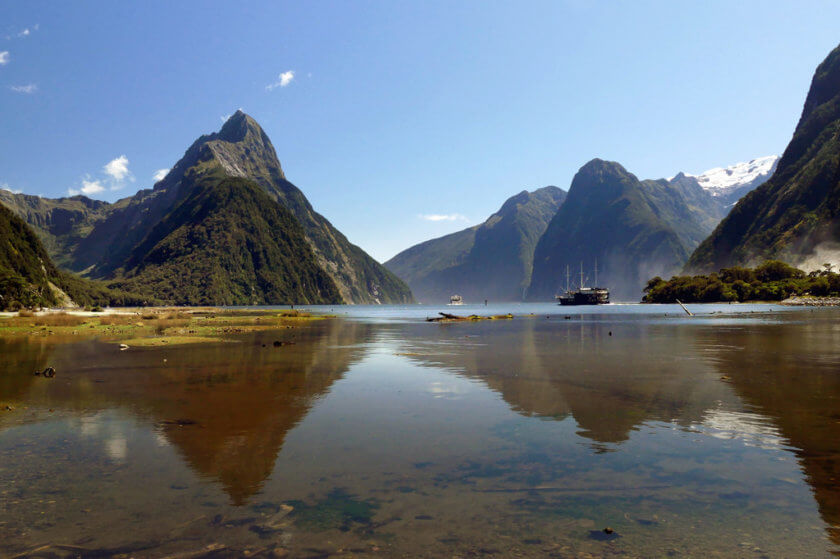 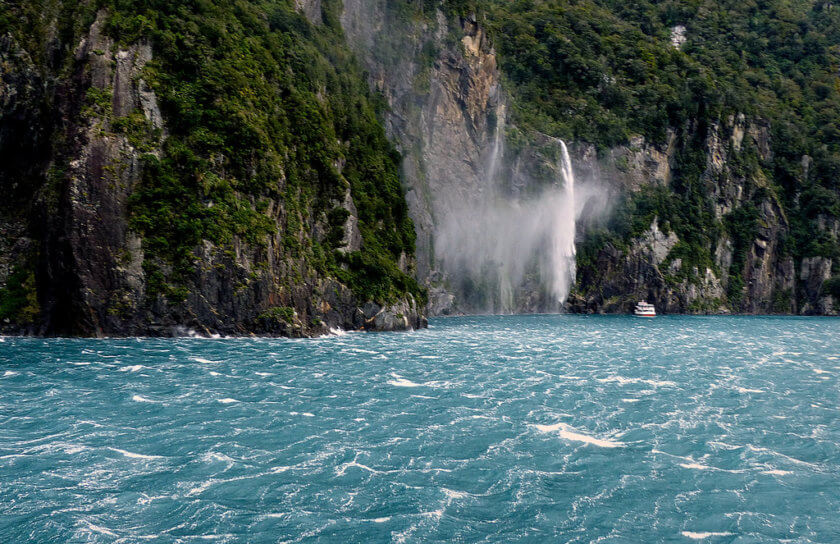 The most popular of which is Milford Sound, where cliffs tower up from the sea, waterfalls cascade deafeningly from huge heights and colonies of dolphins, seals and penguins saunter down its long stretches of rivers. The other must-see sight is Doubtful Sound, which much like Milford, is flanked by rocky landscapes, and deep-blue waters perfect for kayaking or sailing. There are two main lakeside towns – Te Anyu and Manapouri – which are good starting points for hiking the Milford Track, one of the greatest walks in the country. 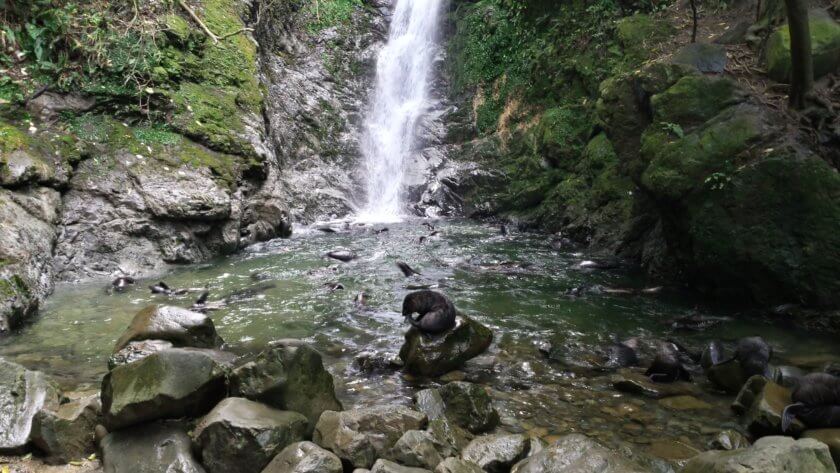 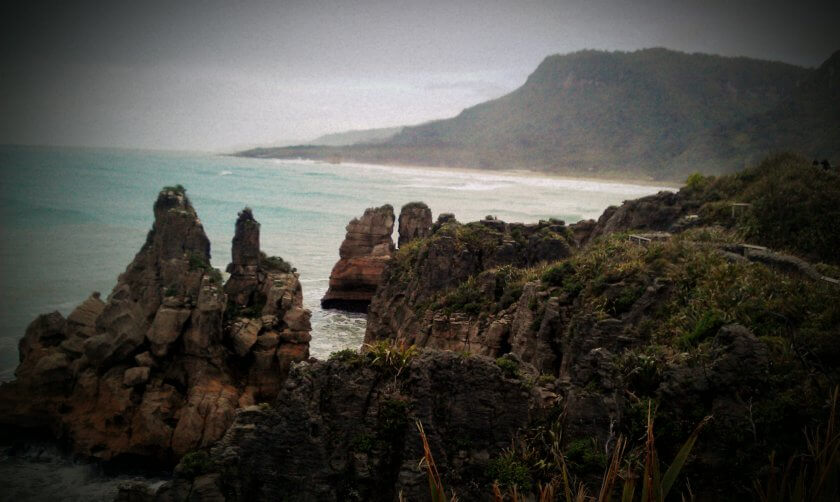 Christchurch is the biggest city in the South Island and since the earthquakes which devastated the city in 2010 and 2011, Christchurch has been transforming and rebuilding into a bustling new hub. Spend a few days strolling through the inner city and exploring the main attractions such as Hagley Park, Cathedral Square, the Canterbury Museum and then take a punt down the Avon River.

Check out the thriving art scene by popping into a local gallery or hunting for street art. Then, to really experience the local hotspots, you should head out of the city centre to the trendy suburbs of Merivale or Riccarton. Or go even further afield to Sumner beach where locals soak up the sun and surf. Alternatively, if you want to take in the magnificent sweeping views from the beach to the city, take a walk on one of the tracks through the Port Hills. 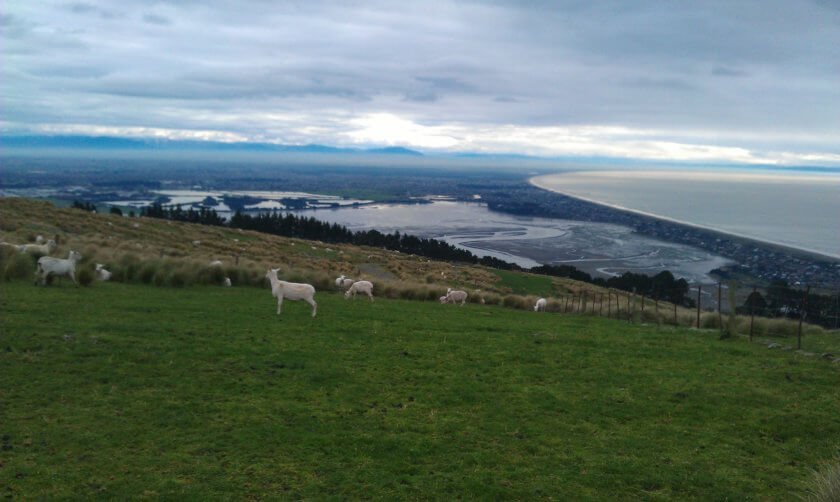 It is also worth the drive out to the neighbouring town of Akaroa which used to be a French settlement and still has remnants of the French influence. The town also sits on a harbour and is a popular spot for dolphins, seals and penguin colonies; as well as an array of marine birds.

Have you been to New Zealand’s South Island? Do you know of any other must-see sights?