Berlin is such a universe itself that I often forget how close other fascinating universes are, like Poland. Bydgoszcz is often referred to as “little Berlin”, and I don’t like comparisons like that but there are certain similarities in architecture, street art and well, pretty coffee shops between the two cities. But let’s go back to the beginning. When I recently hit up Bydgoszcz for a weekend, I had mixed feelings about what to expect, largely because I had no idea how to pronounce the city’s name and I’m still having trouble with that to be honest. The journey is so short (3.5 hours by train!), I got there in no time and by Sunday evening, I felt rested and inspired in a way that only the very best of all weekend trips can achieve. Here are a couple of highlights and places I would recommend you to visit, if you’re already heading to Warsaw or Poznan. And trust me, Bydgoszcz, Poland’s eighth-largest city, definitely deserves to get on that list. 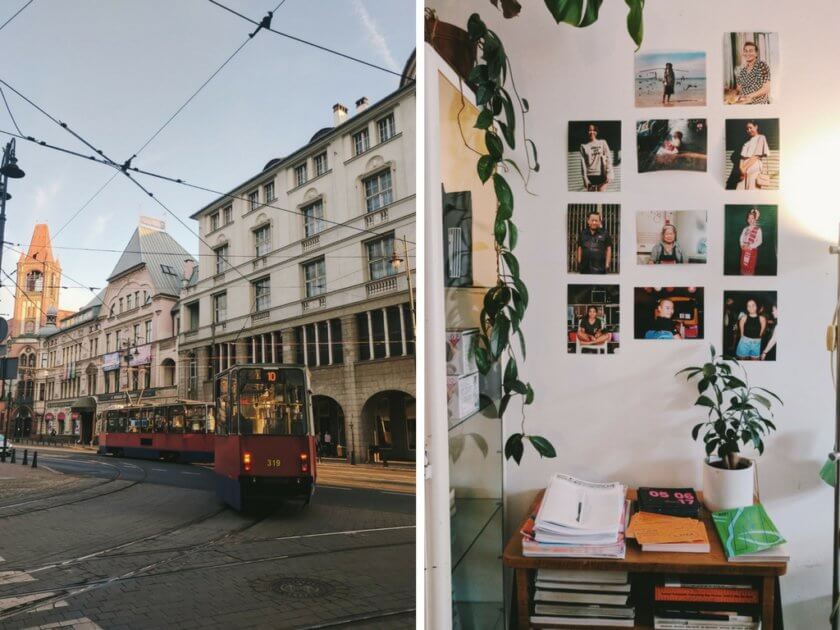 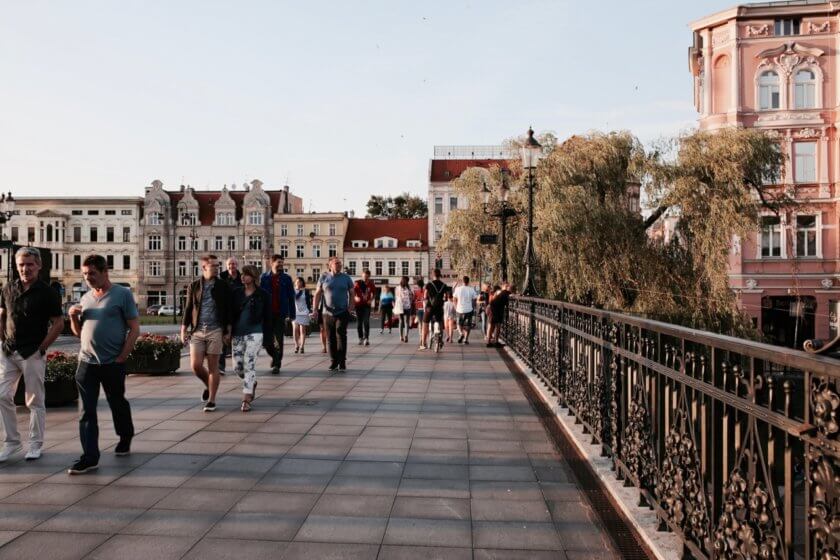 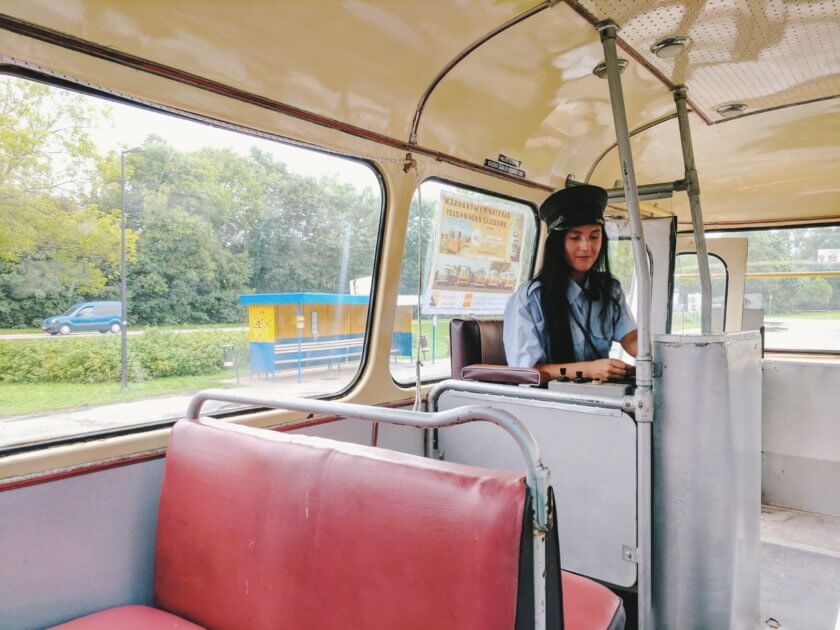 The Myslecinek park is Poland’s largest park; in fact you could probably spend entire days just walking around, cuddling with the horses, running over the green grass or trying out wake boarding for the first time. It so changes a city’s vibe if there are a lot of green spaces around. Another pro tip: If you’ve finished looking around the park, there is an old-school bus that will take you back to the city centre. 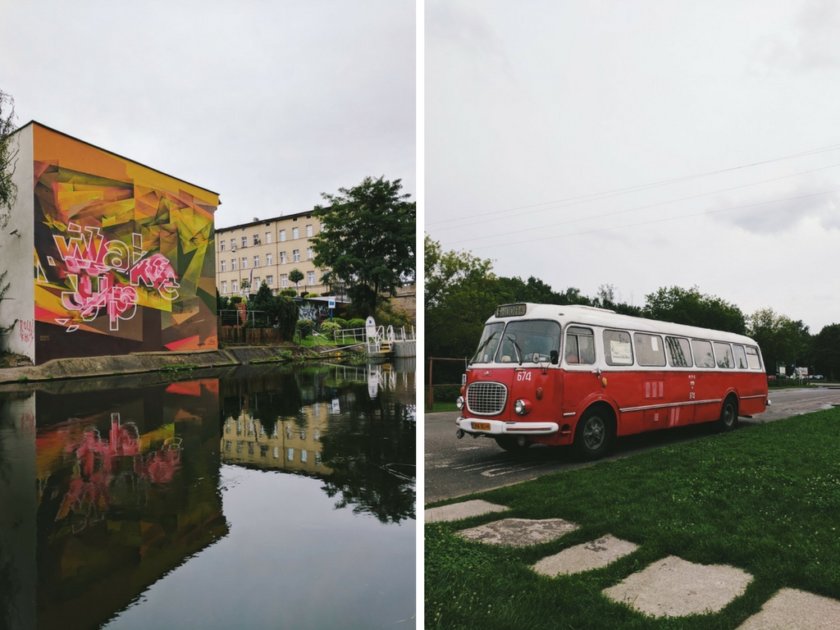 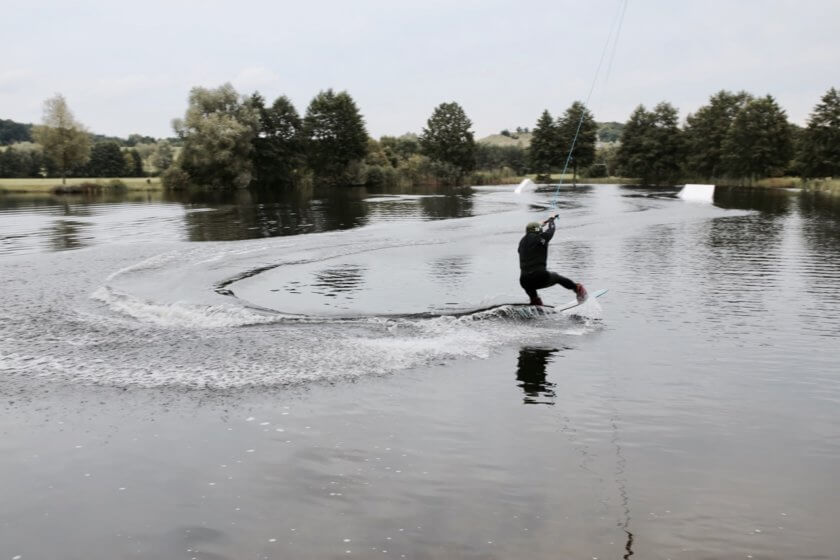 Mill island is one of the most magical places in Bydgoszcz. It’s a stone’s throw away from Old Market Square and the old town. The island is full of chestnut trees and red brick houses that used to form the industrial centre in the Middle Ages. We had lovely traditional Polish food at , where you could hear water flowing through the canal while sipping a locally brewed beer. The good life, it’s right on Mill Island, I’m telling you! 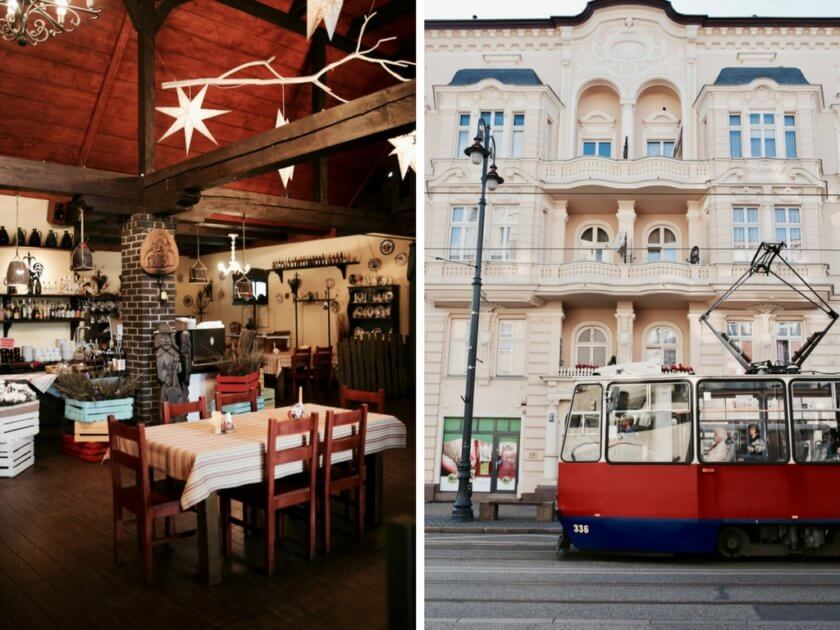 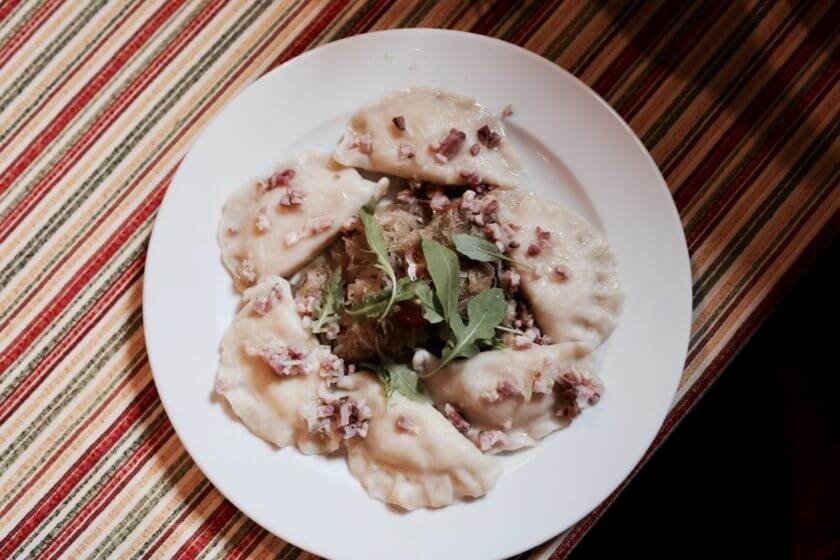 Speaking of Polish food… The , located right next to the canal (there’s also another branch in a bustling street two minutes away) has a different menu every day with about three options. If you know me, you’ll also know that my love for burgers is not of this world, so here’s my number 1: ! is another traditional Polish restaurant with a really unique interior; the staff were just getting ready to host a wedding when we were there. If you like beer, is the brewery you want to go to. It’s also in a really cool, street-artsy area and across the street from Post Coffice (we’ll come to that in a sec). There is also an amazing market on Sundays next to where local farmers sell fresh produce like Polish sausages (OH. MY. GOODNESS.) or beautiful cheeses. 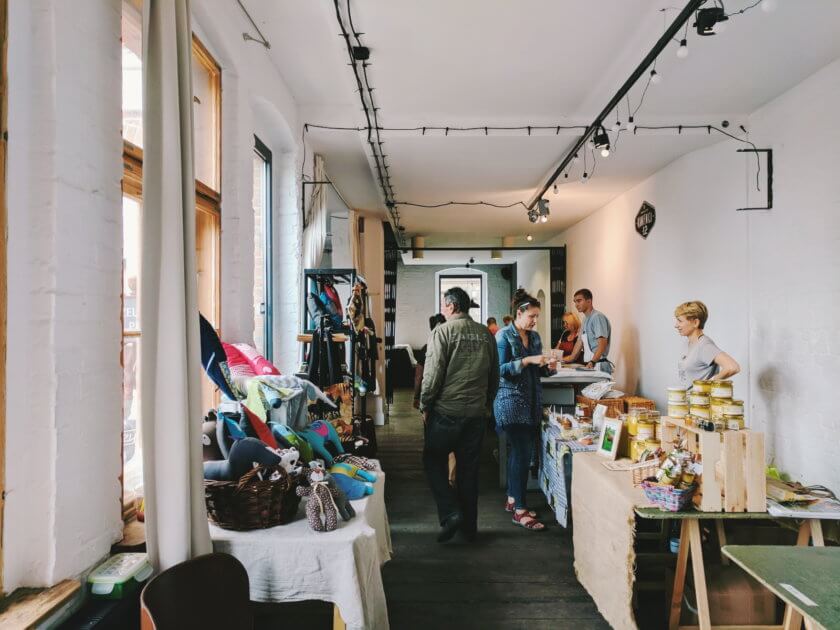 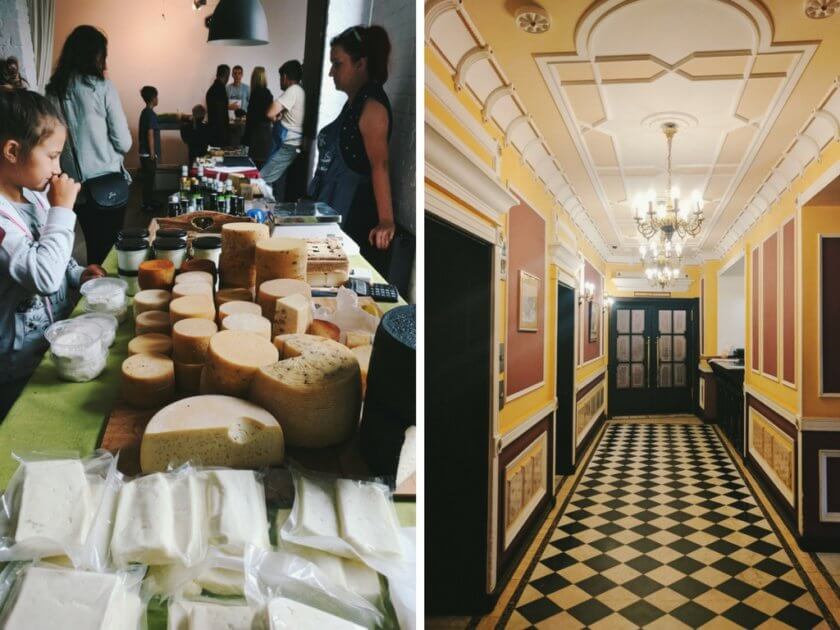 When walking through Downtown Bydgoszcz, it will be a challenge not to photograph every building. Most were built during the Gothic and Art Nouveau eras and still shine in their own way. One of my favorite places was the (“Under the Eagle”) which really looks more like a Wes Anderson film set. The hotel was built between 1894 and 1896 and became the largest and most modern hotel in Bromberg with an extremely luxurious facade. And guess what – staying there is actually affordable (prices starting from €60). 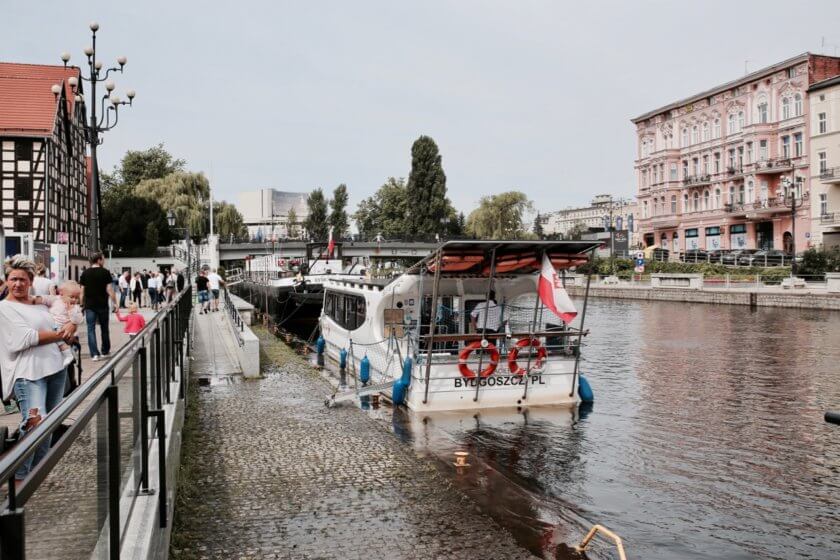 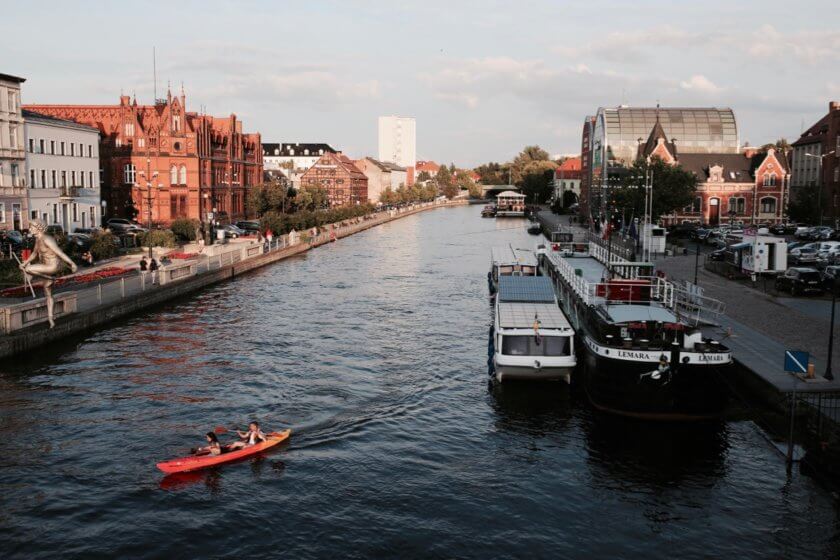 The “Exploseum” (Yes, that probably means what you think it does) is on the site of a former German explosives factory with 1.000 buildings, 400km of underground passageways of 40km of underground railways, plenty of space for what was one of Germany’s largest pre-war arms factories. After World War II ended, the space remained abandoned and partly destroyed. With the help of the European Regional Development Fund, it was turned into a museum in July 2011 and now is a harrowing reminder of what have been some of the darkest days of humanity. 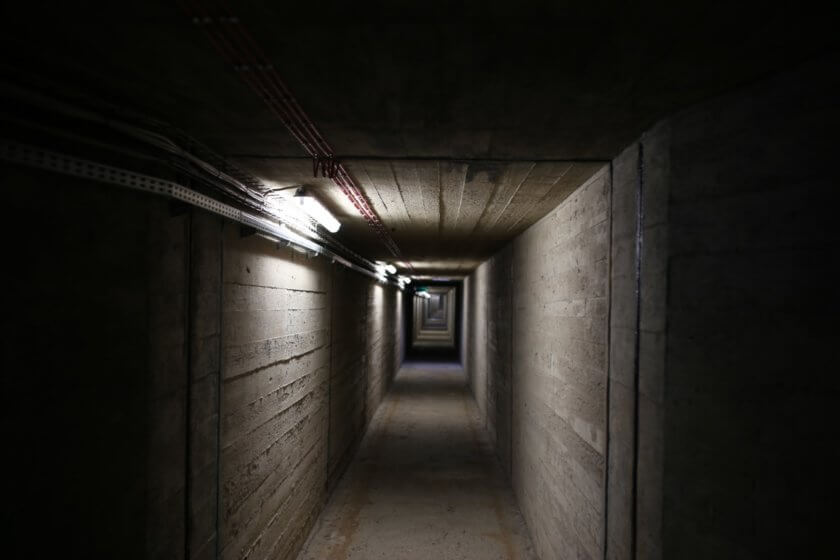 Another museum I really, really loved (perhaps the best one I’ve seen in the last two years) was the Soap Museum in the Old Town. If you book a tour, the staff will walk you through some of the most interesting and disgusting facts on hygiene (or lack thereof) and make you a little more grateful for how easy it is nowadays to put on the washing machine or take a 20-minute hot shower without thinking twice about it. Visitors can also make their own soap after the tour which you will appreciate all the more! 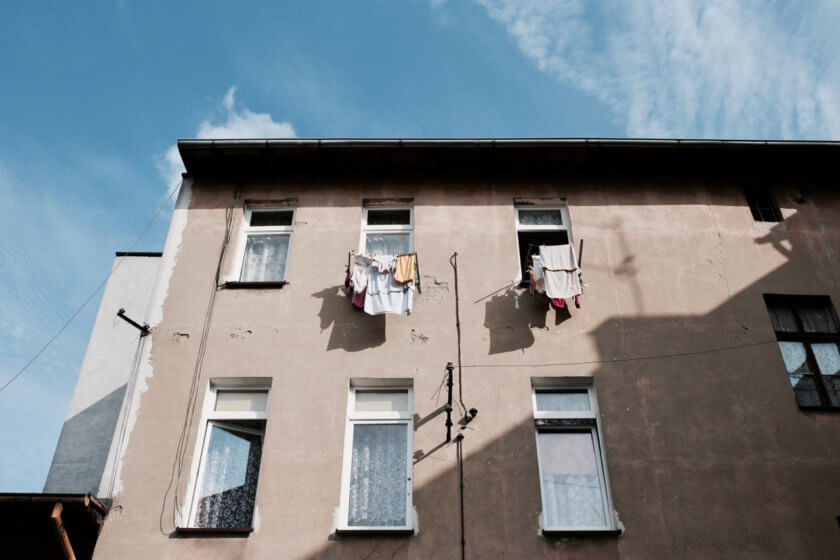 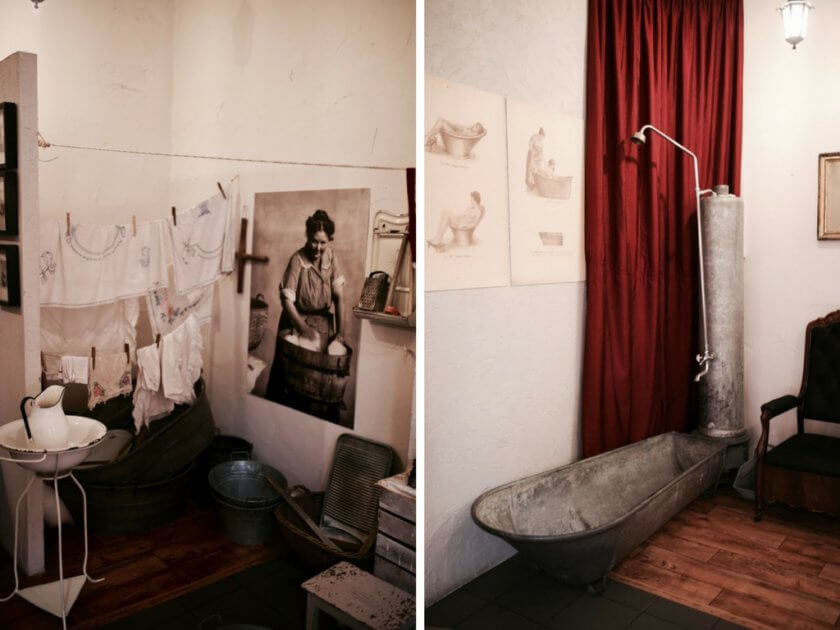 Since Poland joined the EU in 2004, Bydgoszcz has undergone a lot of cultural and architectural changes. It is developing into a bustling place that celebrates its canals, the Brda river and basically all things water. Traveling on water is the best way to travel (correct me if I’m wrong!). Bydgoszcz’s famous water tram will give you a comprehensive overview of the city, its street art and the development the architecture is currently going through. 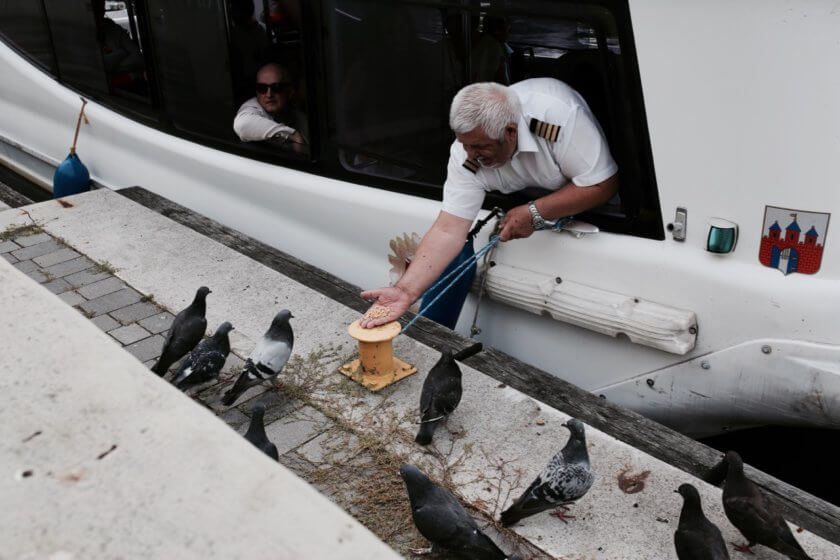 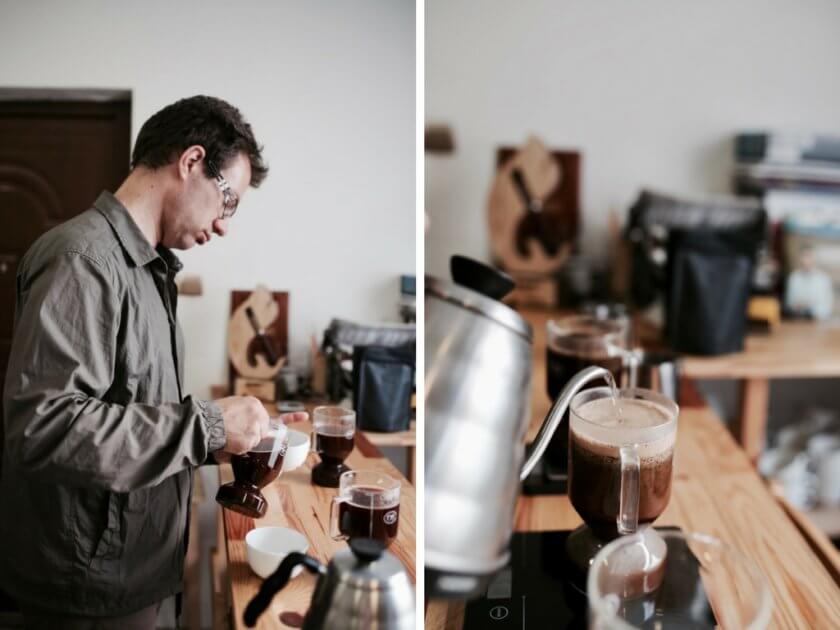 In recent years, Bydgoszcz has really seen a surge of specialty coffee shops and caffeine enthusiasts moving to the city. is one of them. Originally from Norway, he won the world coffee championship and now specializes in roasting coffee for local shops all over Poland. He gave us a little taste of his favorite coffees and boy, does he know what he’s doing. His filtering routine has made a lasting impact on me and I now think of the gentle and appreciative way he poured water over the ground goodness almost every morning. My three favorite cafés were (they also sold Audun’s brew!), and . The latter had an amazing interior stylist; look at these old mats, they took me back to my school days in an instant. 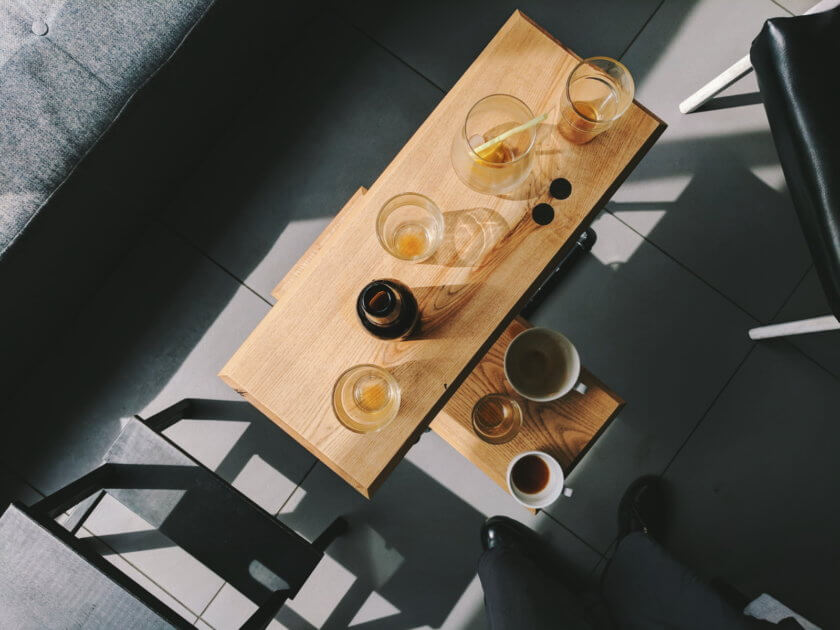 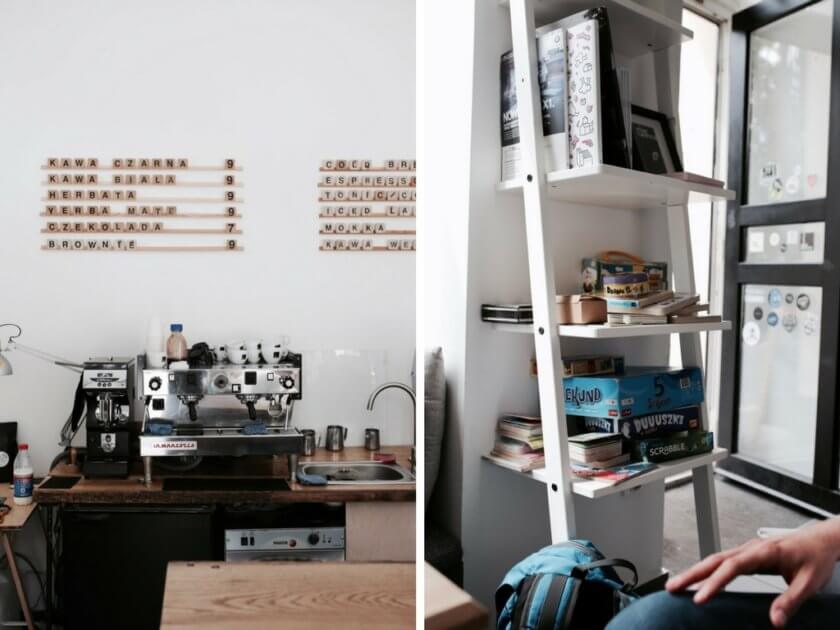 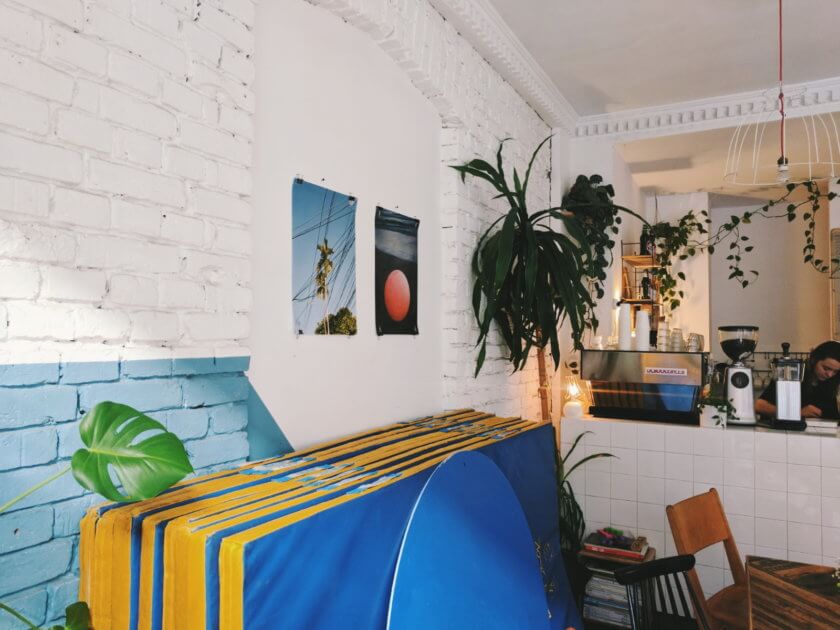 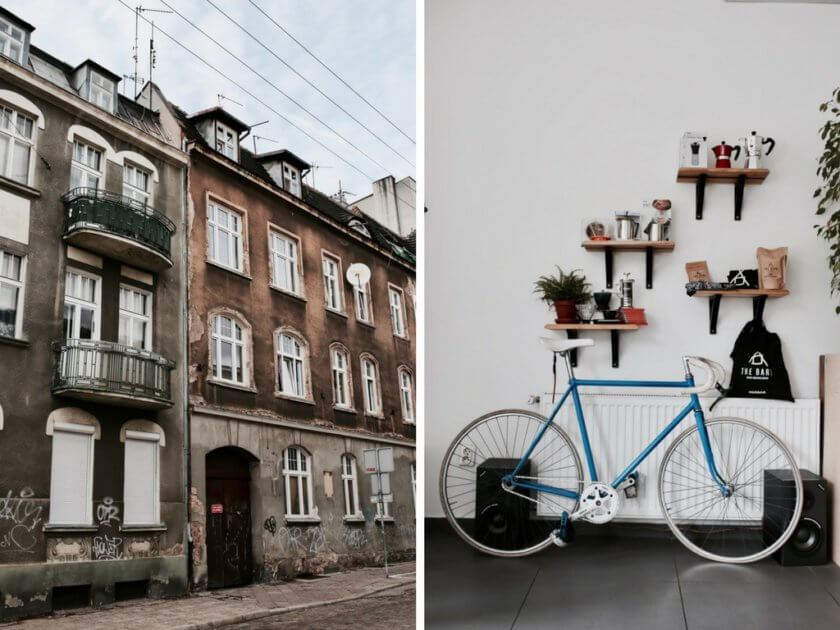 Landschaft is located in the city’s music district which is incredibly trendy and undoubtedly has similarities with Berlin’s Friedrichshain. You can easily roam the streets, pop into every store you see and feel like you’ve just discovered Poland’s best kept secret. And that’s perhaps the difference between the two cities. Bydgoszcz is small; you have discover your favorite hangouts yourself; but once do that, you’ll fall in love with the magic of traveling and with the magic of shop owners, baristas and proud locals who have found what they love and want to tell the world about it. Bydgoszcz, I will be back for your waterways and coffee! 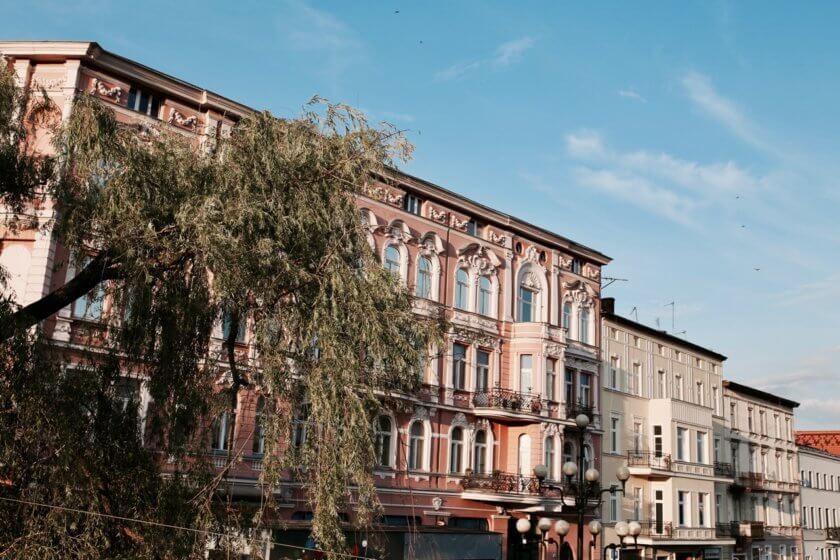 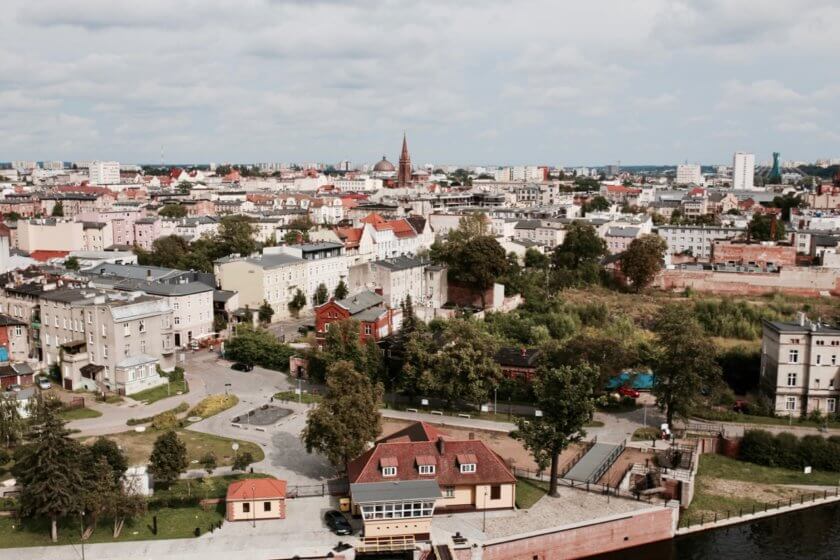 Disclaimer: We were invited to Bydgoszcz by the local tourism board,
however all opinions are our own.