the art of failure 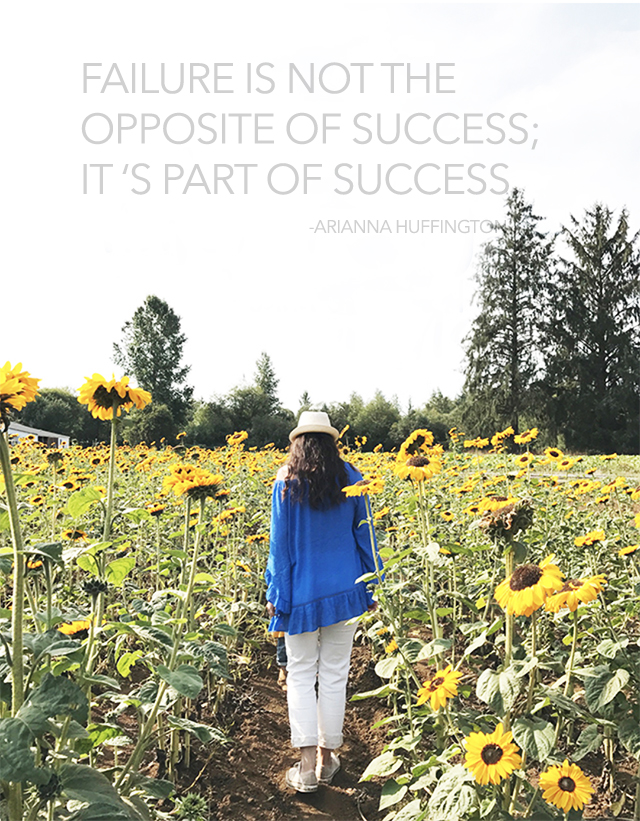 Failure is one of those things that we often don’t want to talk about- it’s uncomfortable, discouraging, embarrassing and can have shame attached to it. But in a quest to try and share the good and the bad in this space, I want to tell you that I have failed WAY more times than I have succeeded in my creative/business life.

A few highlights from my journey- I got a D in color theory class in college. I’ve applied and been accepted to countless art fairs only to sell nothing. I’ve had my work hanging in galleries and yep, you guessed it, never sold anything. I’ve accepted jobs that looked like a dream creative position only to be faced with a terrible boss and an unhappy environment. I’ve signed book deals and written books that barely sold. I’ve created classes and products and art that flopped. I’ve signed licensing contracts with big companies that crashed and burned. I’ve been rejected, told no, hit dead ends, had my heart broken and my confidence shot more times than I care to count.

I’ve been making art since I was a kid and while I’ve had so many amazing moments pursuing my love of art and chasing after those dreams- I’ve learned that for every successful opportunity or moment, there is likely a ton of failures, dead ends and hard lessons learned on the road to that success. But you know what? I wouldn’t trade one single failure (well maybe I would change that D in color theory class cause honestly, I was smarter than that!) because all those failures represent WAY more to me than something to be ashamed of. They represent risks, movement, momentum and the courage to keep trying. Failure can absolutely be the best thing to happen in your life- as long as you don’t let it have power over you, it can be turned into fuel to keep trying! And the best part of failure is that success, accomplishing a dream, finding the “right” opportunities and reaching those accomplishments is so much sweeter and profound and special when it comes after the hard stuff. I can honestly say that not one accomplishment in my life goes unappreciated. From the tiny stuff to the big awesome opportunities, I am more grateful BECAUSE of all those failures came before success.

Struggling with failure? Here are some things that have helped me: