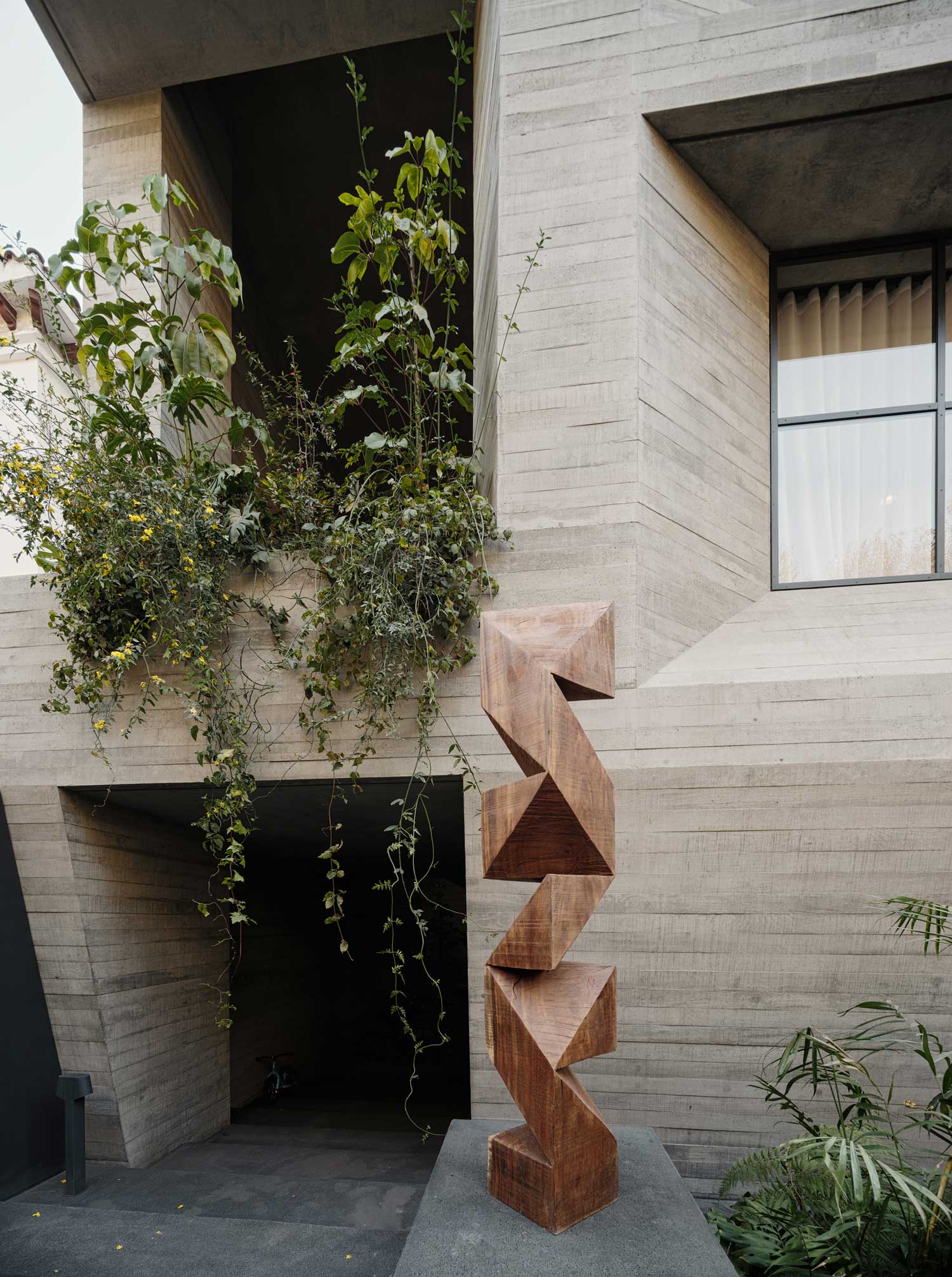 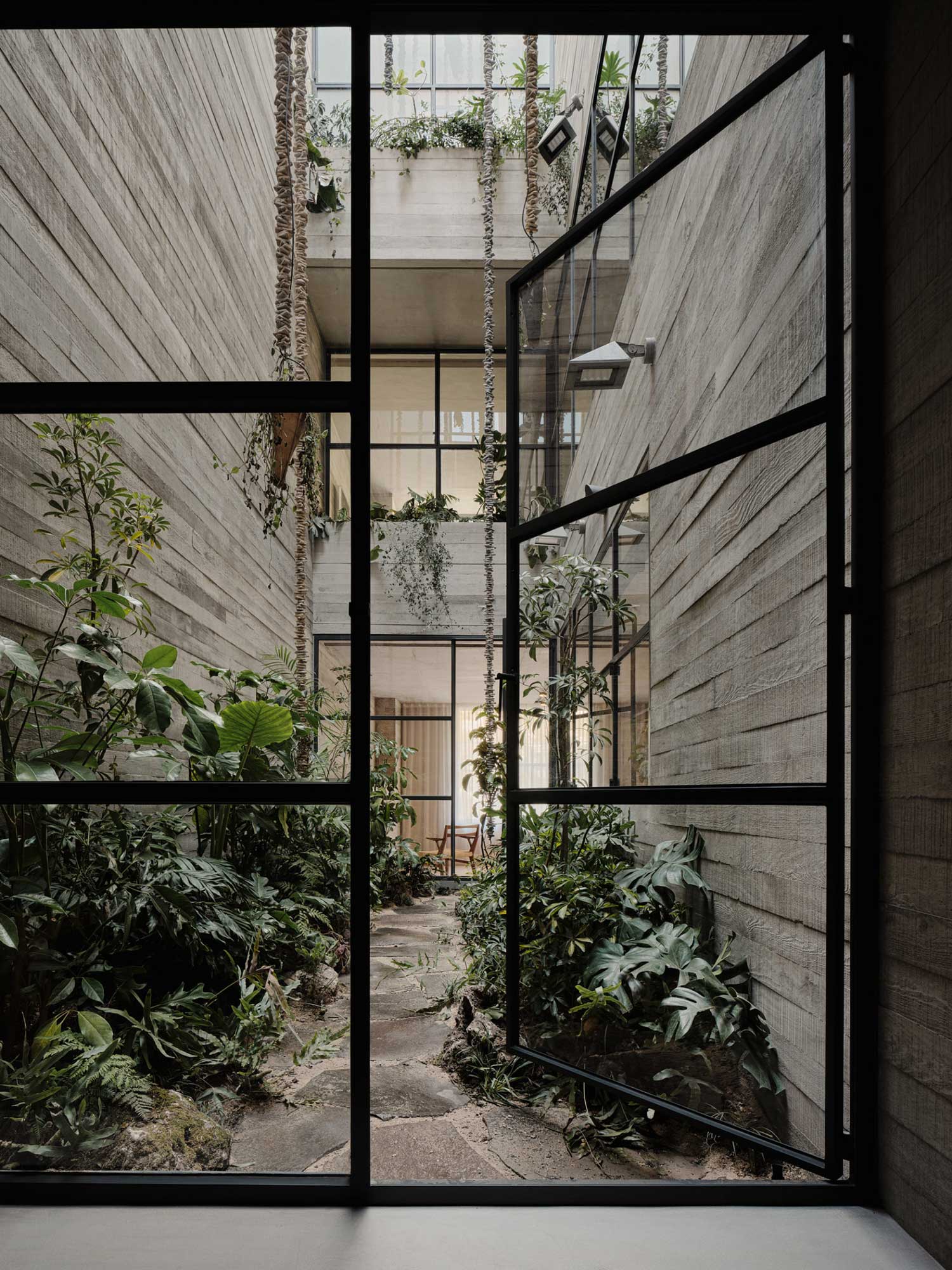 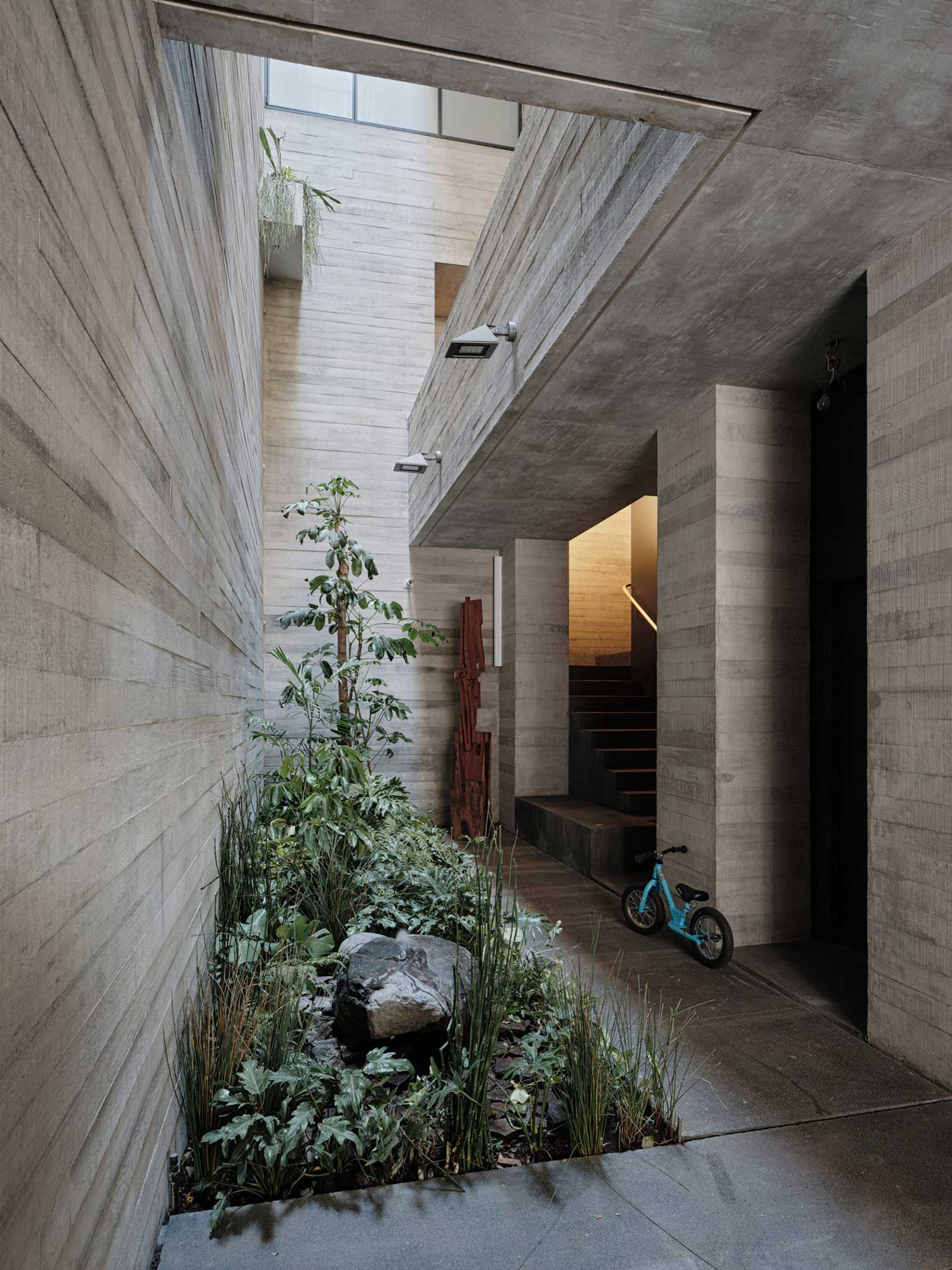 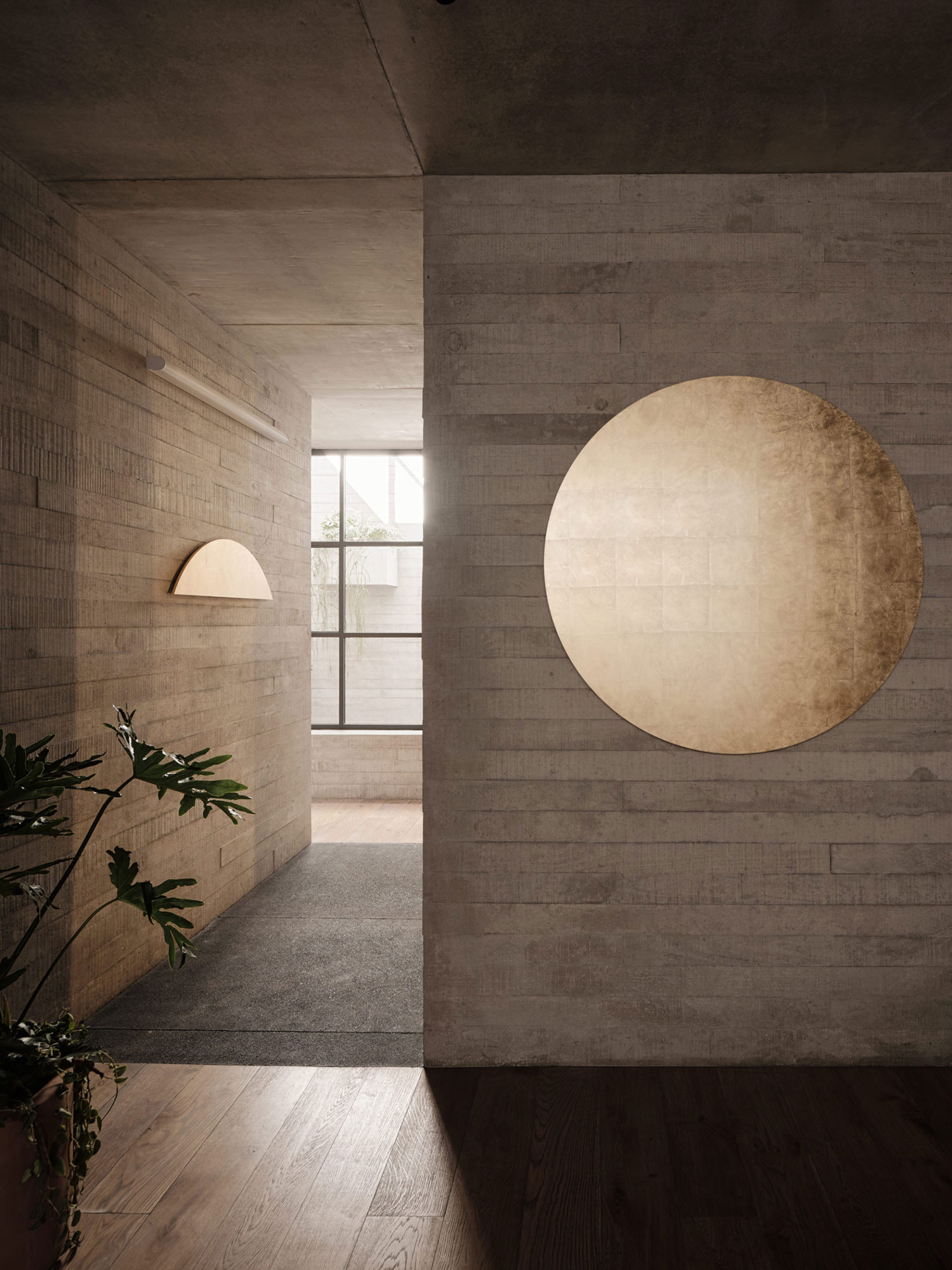 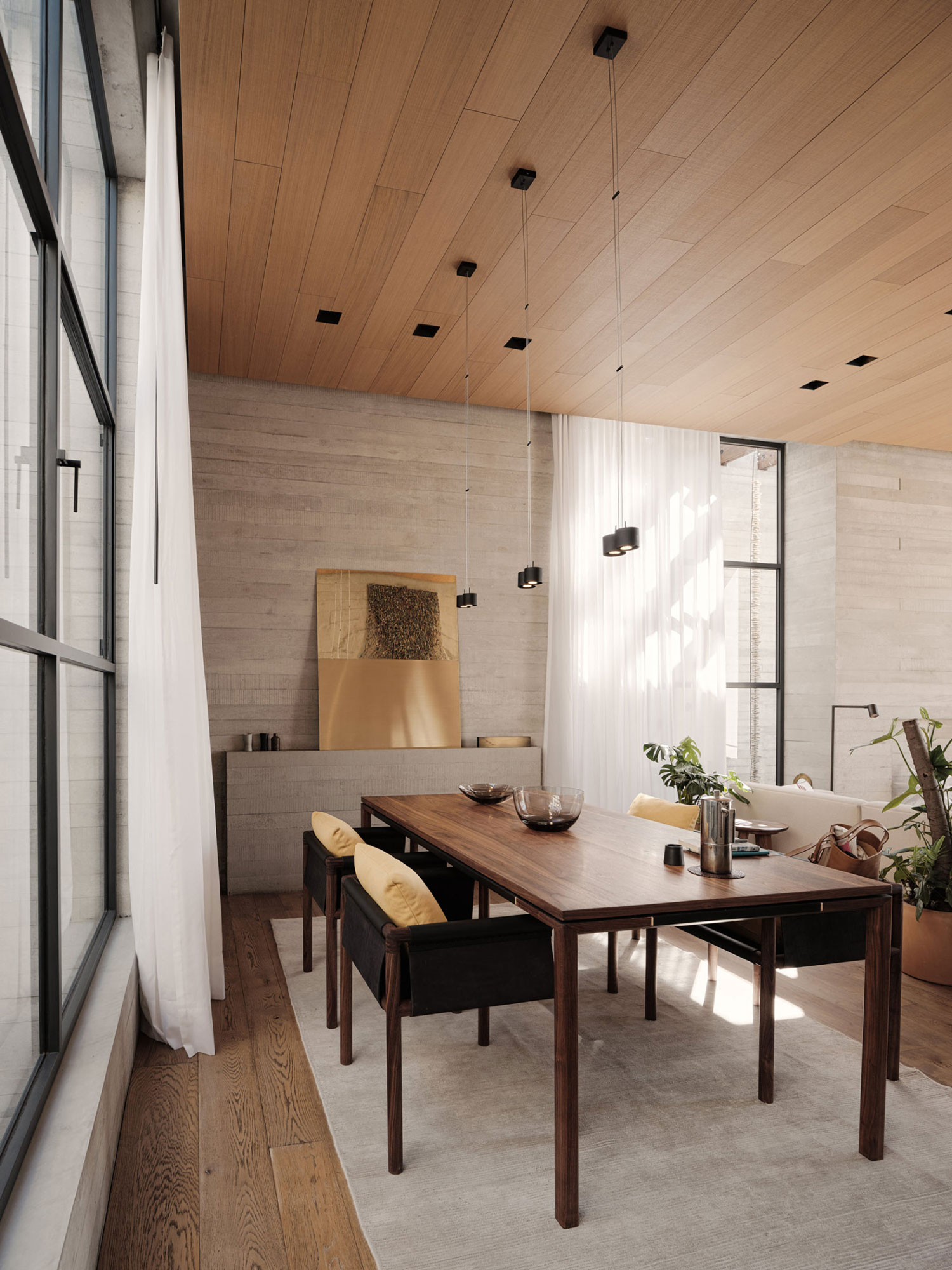 in all its glory defines this five-storey apartment block by in collaboration with , set on a quiet street in Mexico City’s upscale Polanco neighbourhood. The townhouse-style block encompasses two duplex residences stacked atop a garage. Although shoulder to shoulder with neighbouring buildings on three sides, the building stands out amongst the traditional, flat frontages thanks to it’s sculptural facades.

The architects looked to local building traditions to inform a limited palette of materials, giving the building the appearance of a carved urban sculpture. The entire building was formed by a process of pouring concrete into primavera-wood forms. The imprinted texture of the timber planks and warm undertones of locally produced concrete subverts common perceptions of the material as harsh and Brutalist when used en masse. 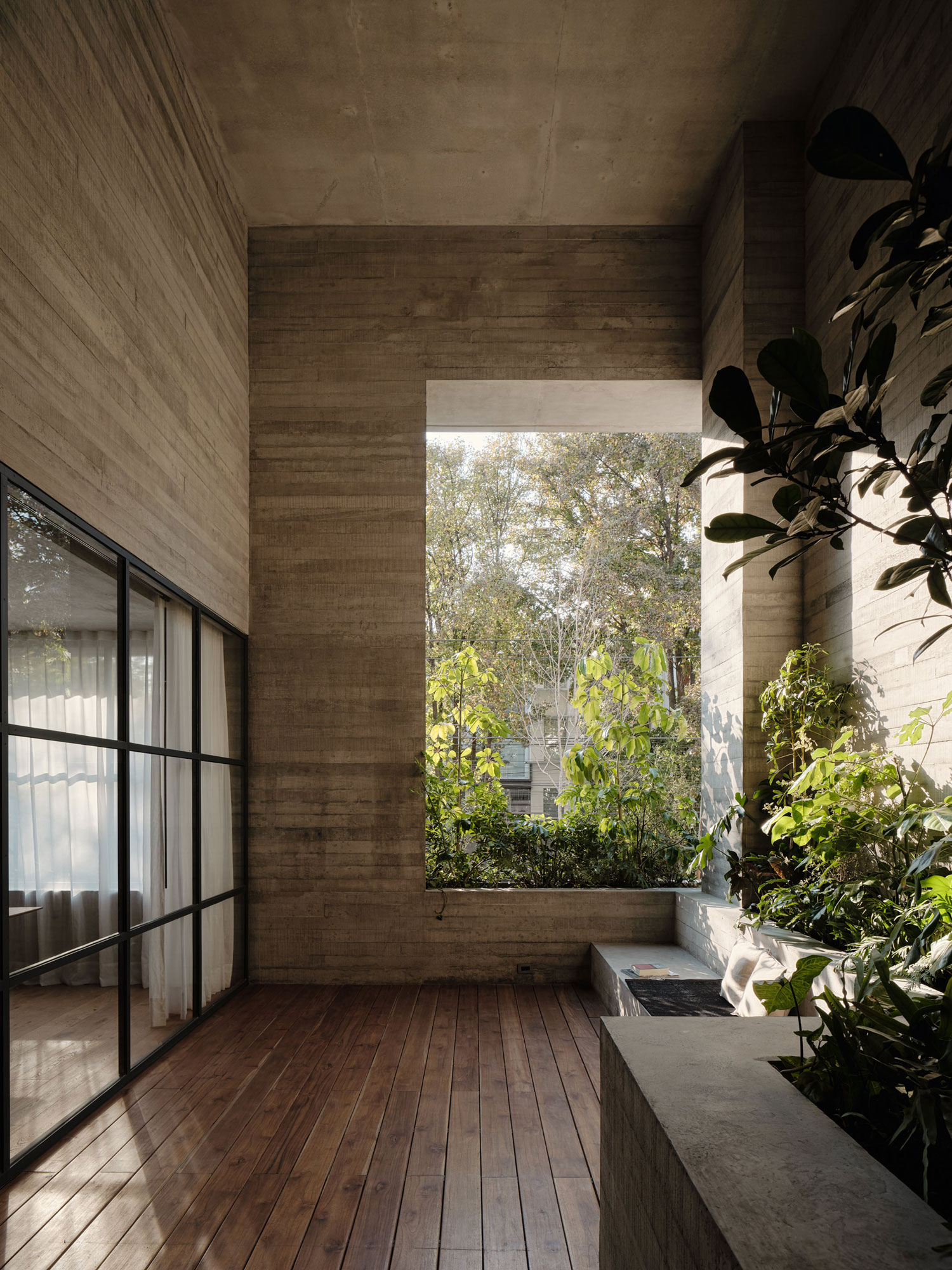 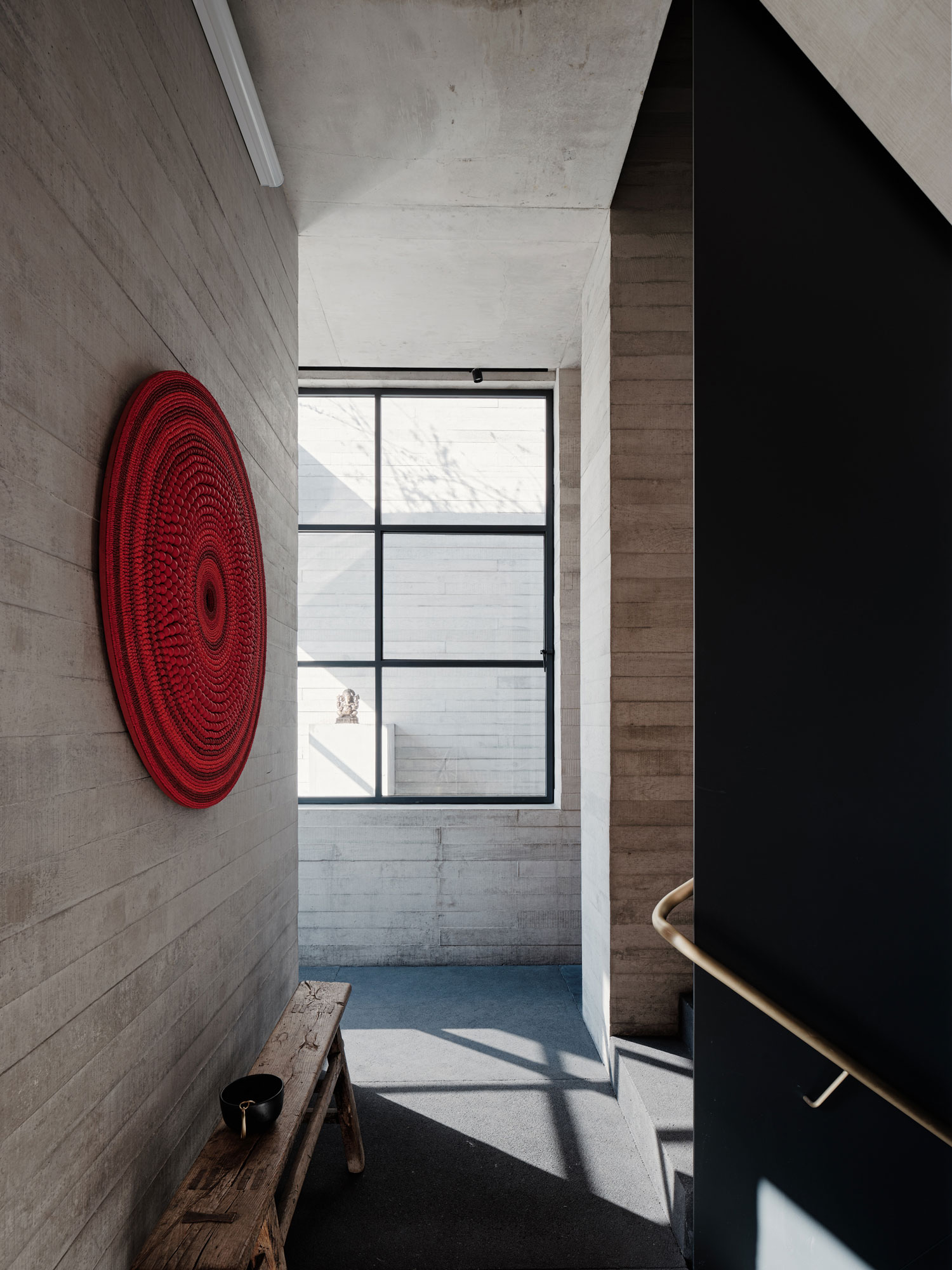 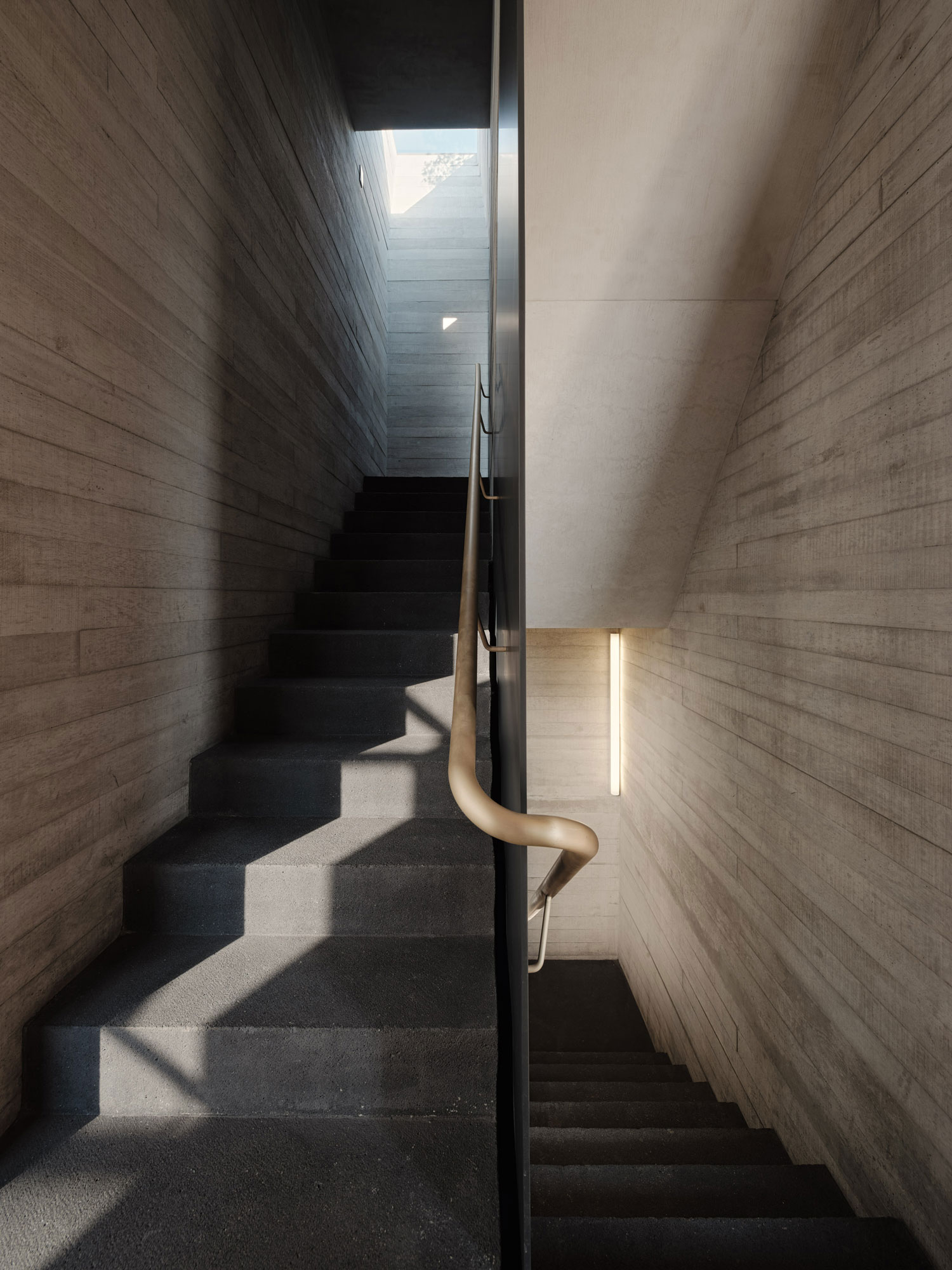 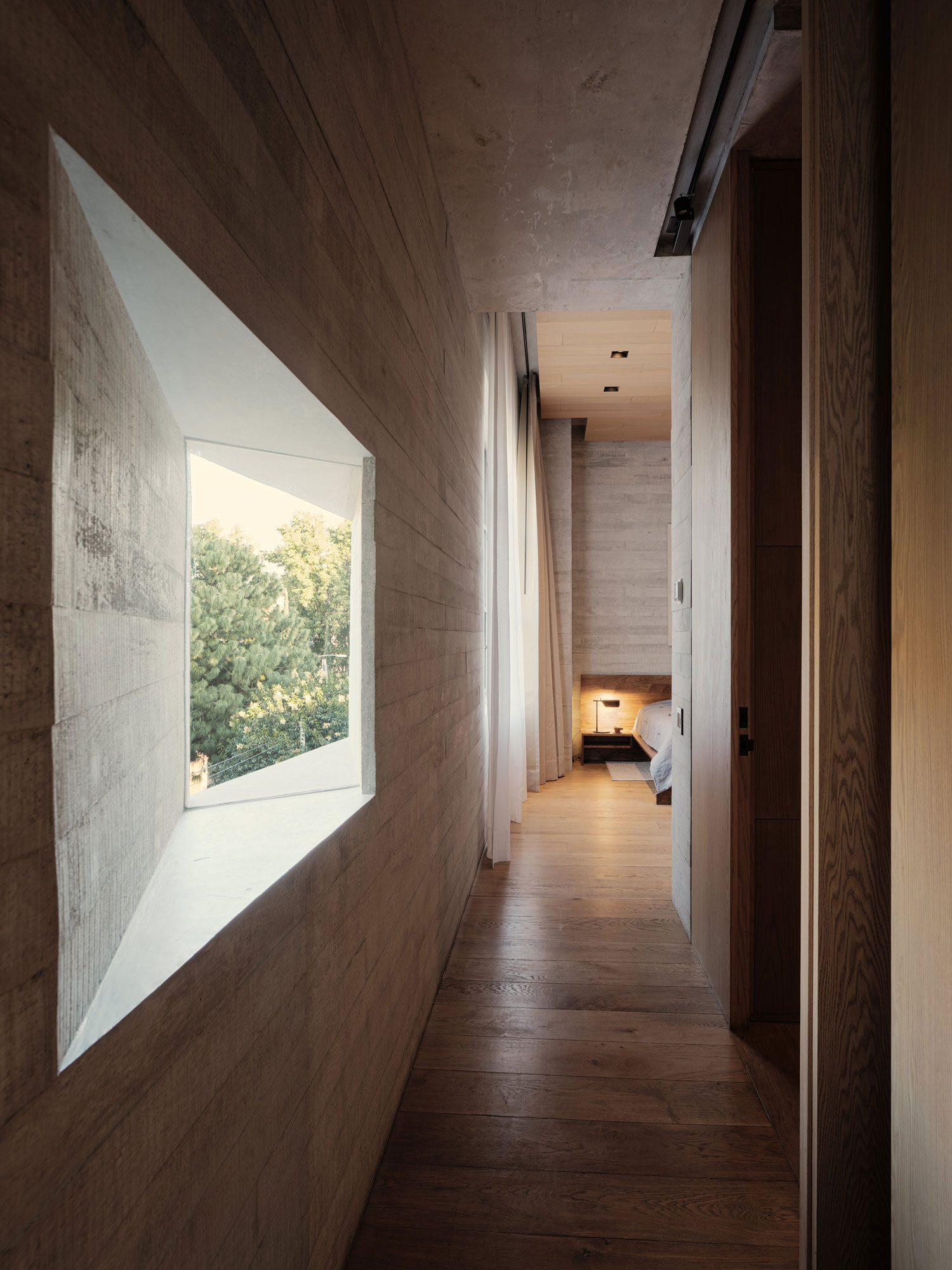 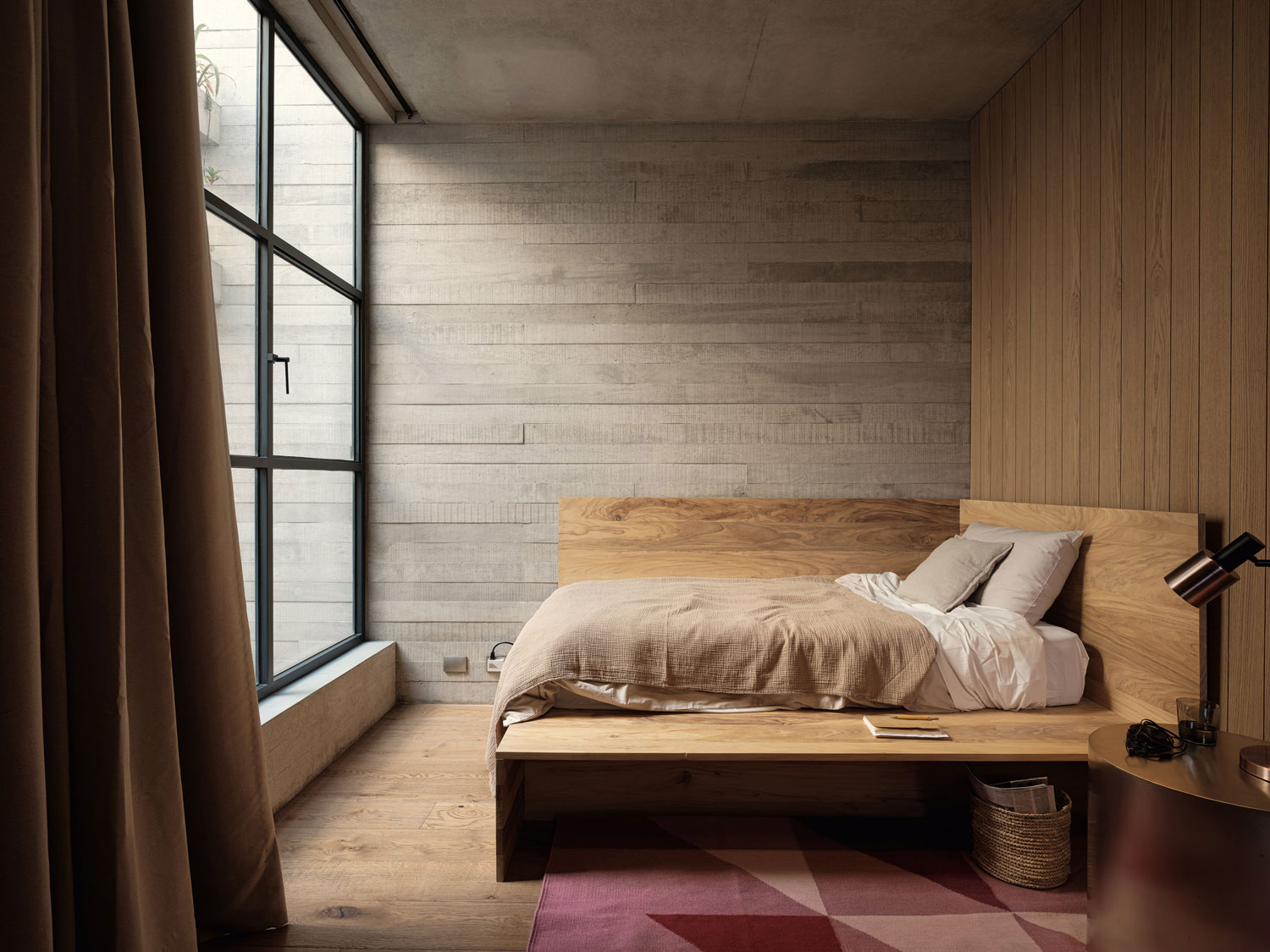 “Rough sawn board-formed cast in place concrete gives texture to the walls when they are grazed by light,” explains the design team at Studio Rick Joy.

Three verdant atriums filled with planters, boxes and hanging vines bring greenery and softness to the exposed concrete structure, and ensure daylight reaches the lower levels of the block. Bringing the outside in is a motif throughout Joy’s work, incorporating nature into even the most urban sites. Since the atrium shafts serve both apartments, the architects ensured privacy by coating the window glass with an opaque film. 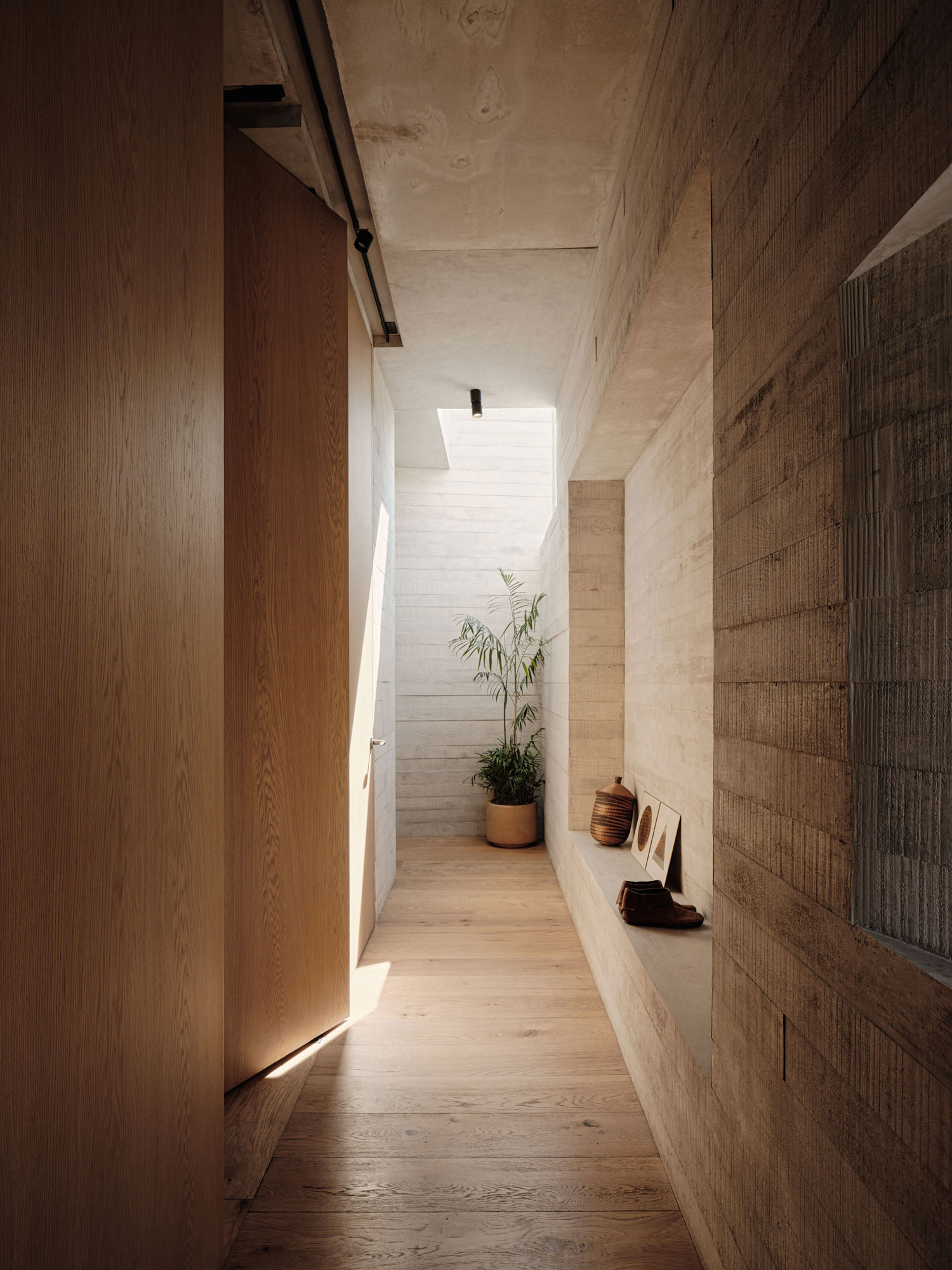 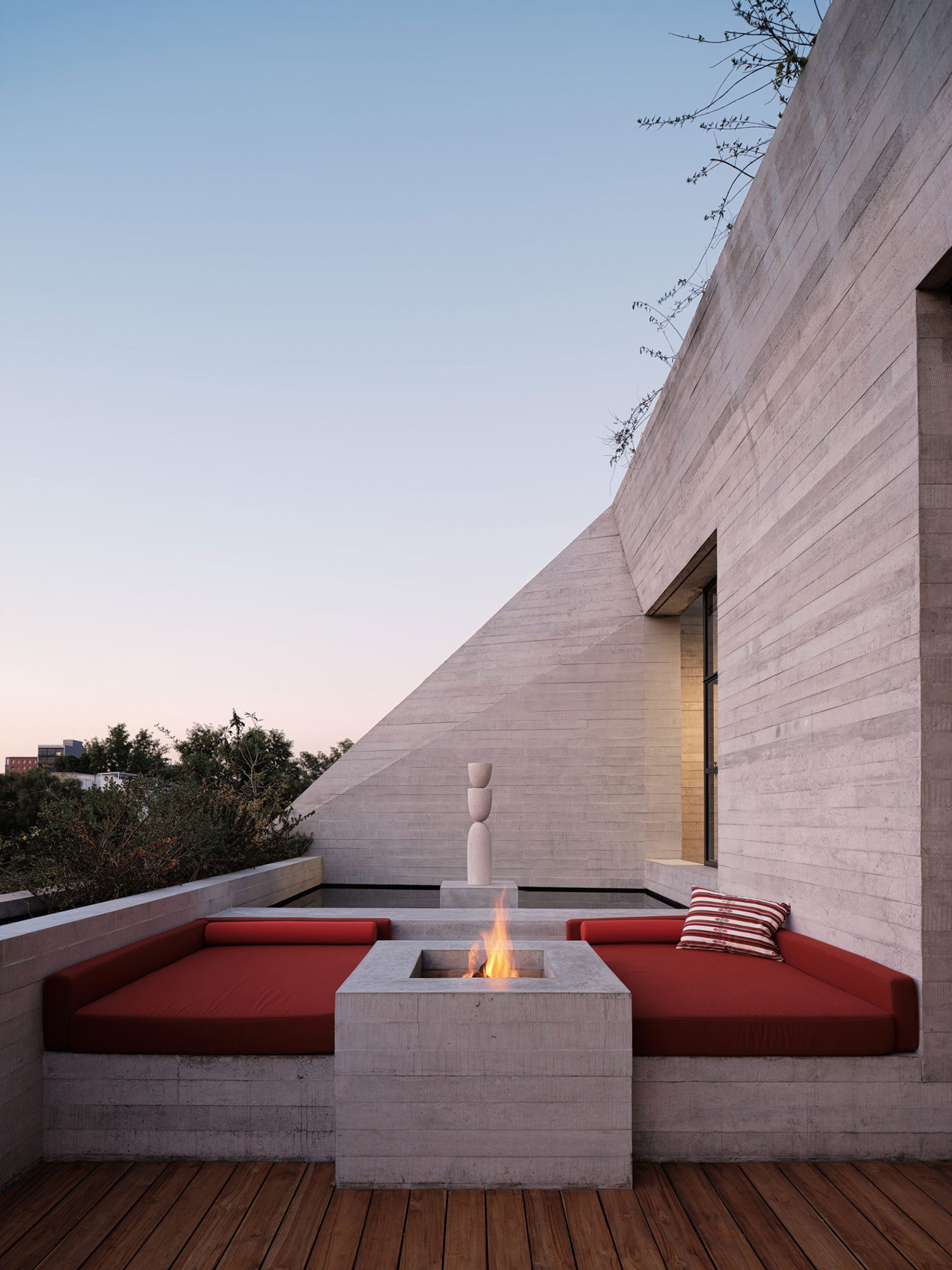 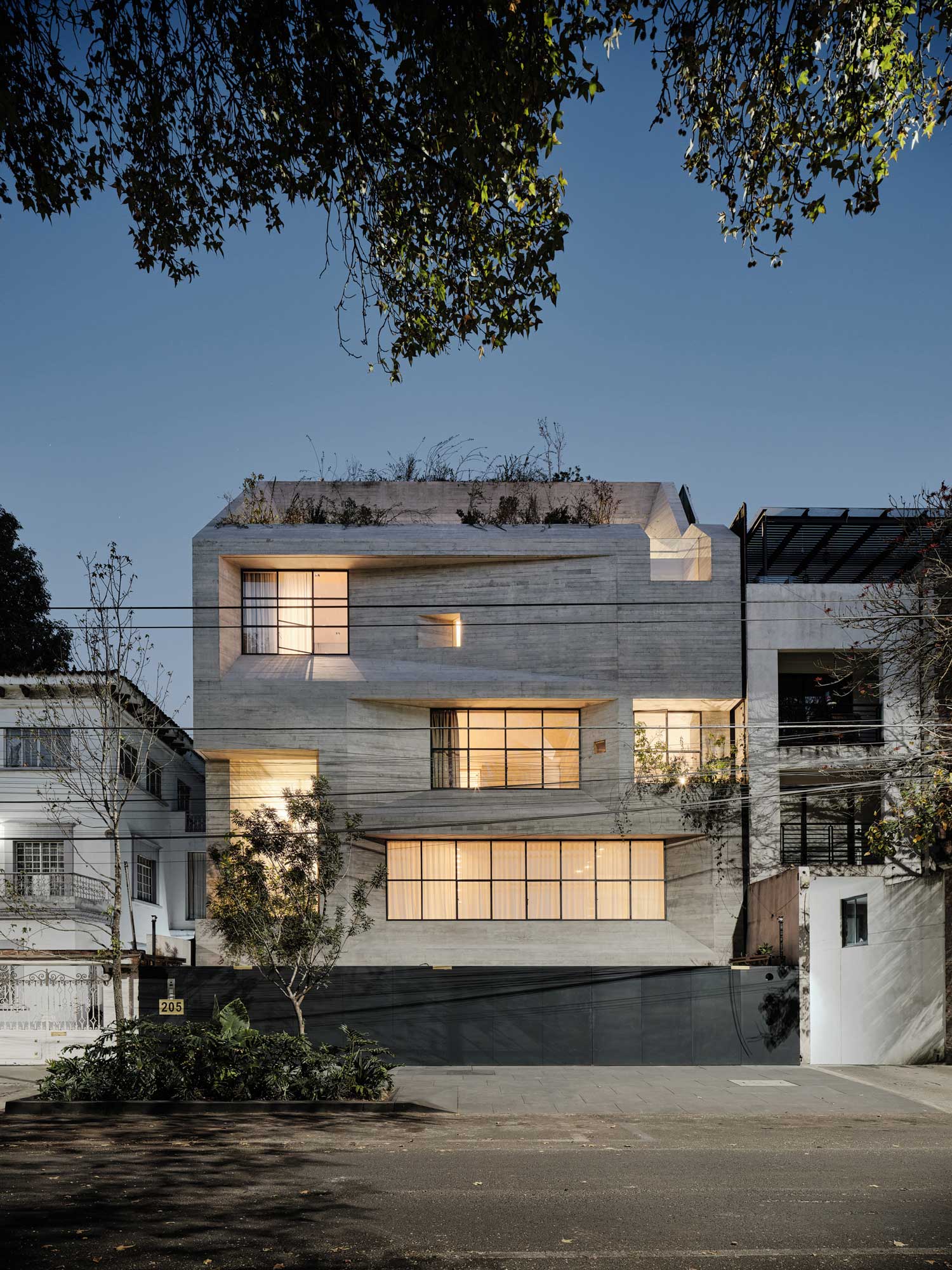 The interior board-marked concrete walls are complemented by steel-frame operable windows, oak timber floors and cabinetry, and brass fixtures and detailing. Minimalist furniture in monochromatic tones of cream and black result from collaborations with local makers and artisans, a decision that both avoids the high import tax on European pieces and further reflects the essence of Mexico. Studio Rick Joy custom-designed hardware elements such as handles and hinges and had them manufactured locally.

Each unit has its own outdoor terrace, further connecting to the surroundings. The penthouse terrace is open to the sky, featuring a firepit and small pool surrounding a totemic sculpture. Street-facing linear windows are positioned to frame tree views as much as possible, with one window pointed toward the striking 1940’s Parroquia se San Agustin church by Leonardo Noriega Stavoli, made of reinforced concrete.