Indre by Nikolai Kotlarczyk for Rakumba is a nostalgic but contemporary lighting collection that pays homage to the city of Copenhagen. 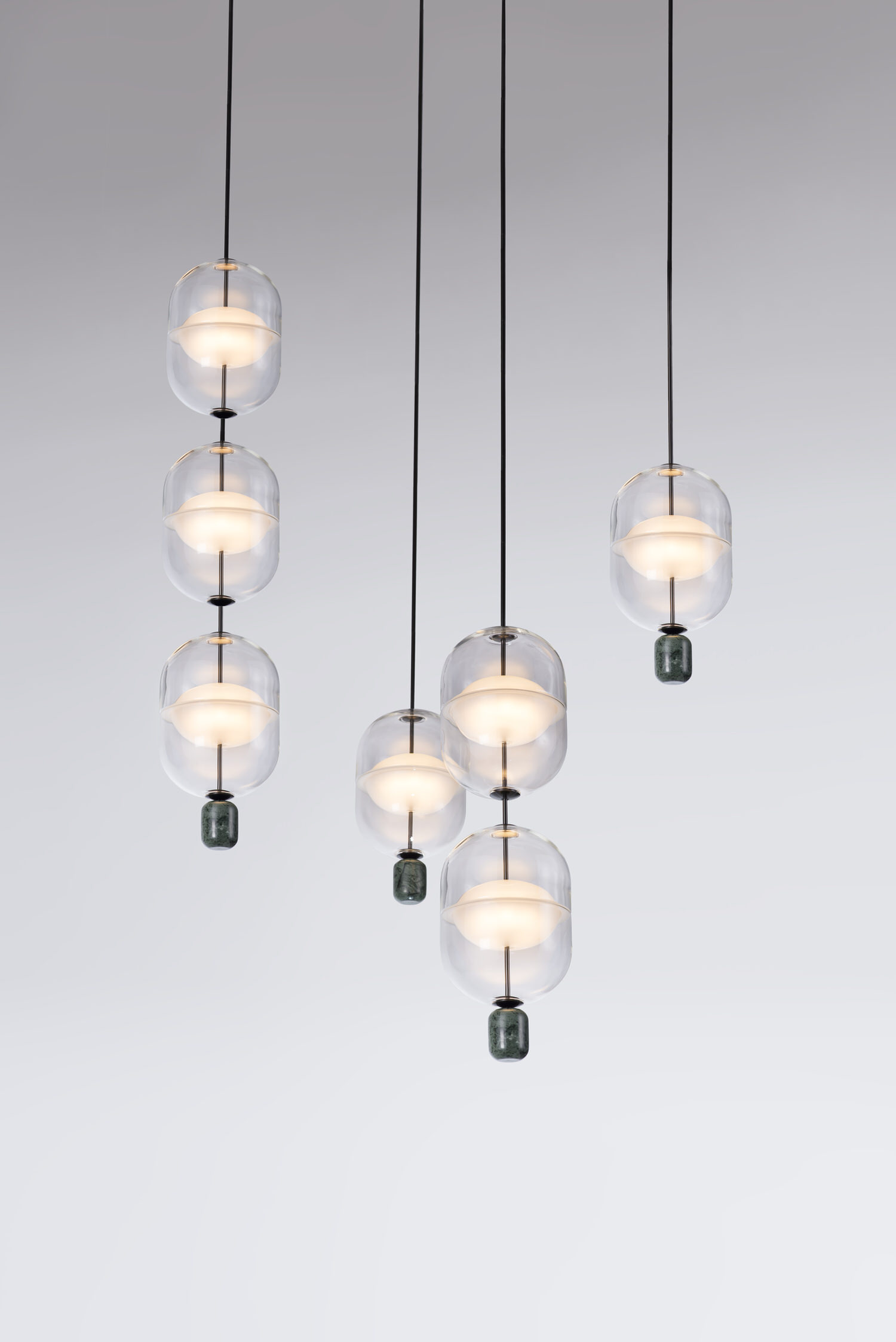 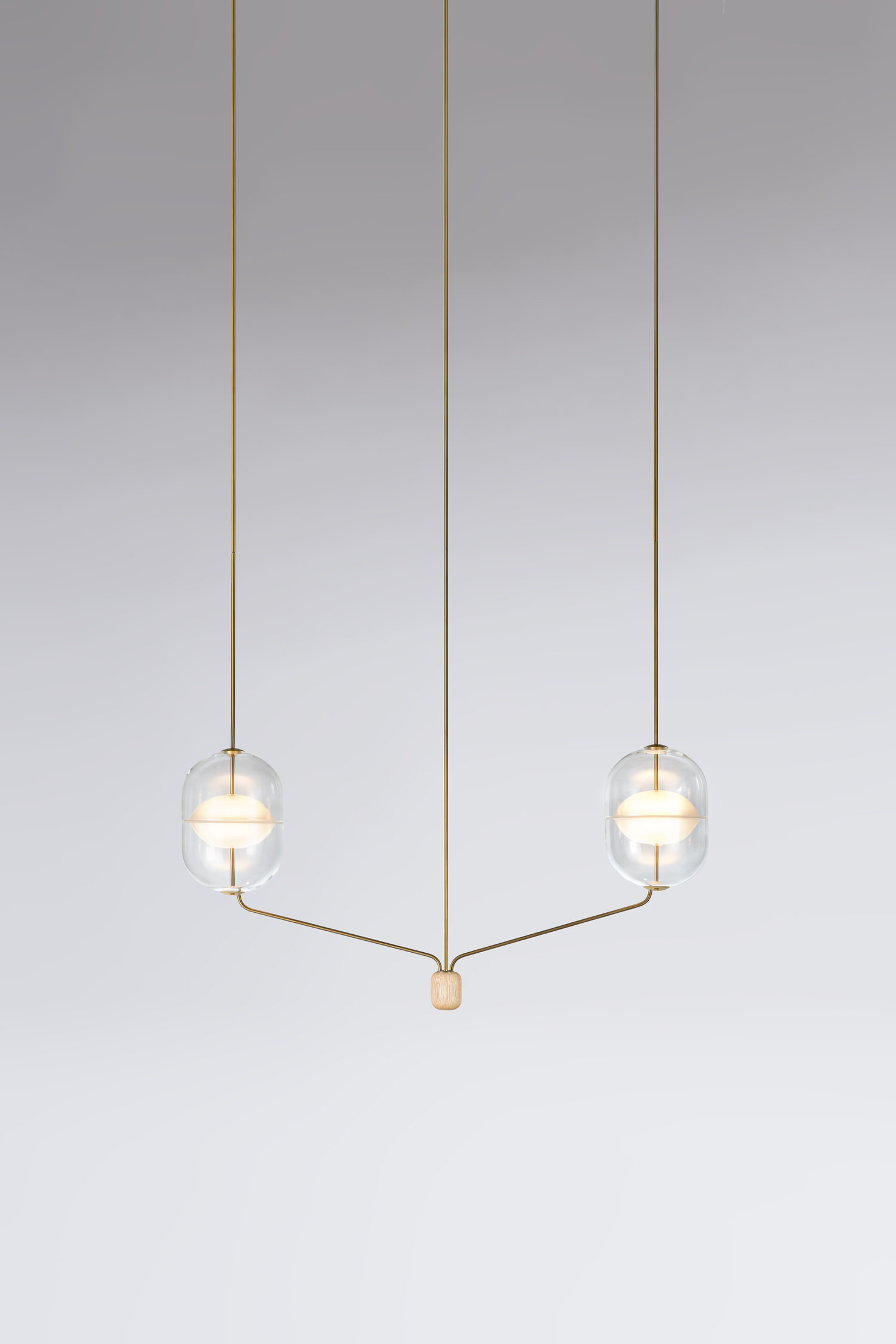 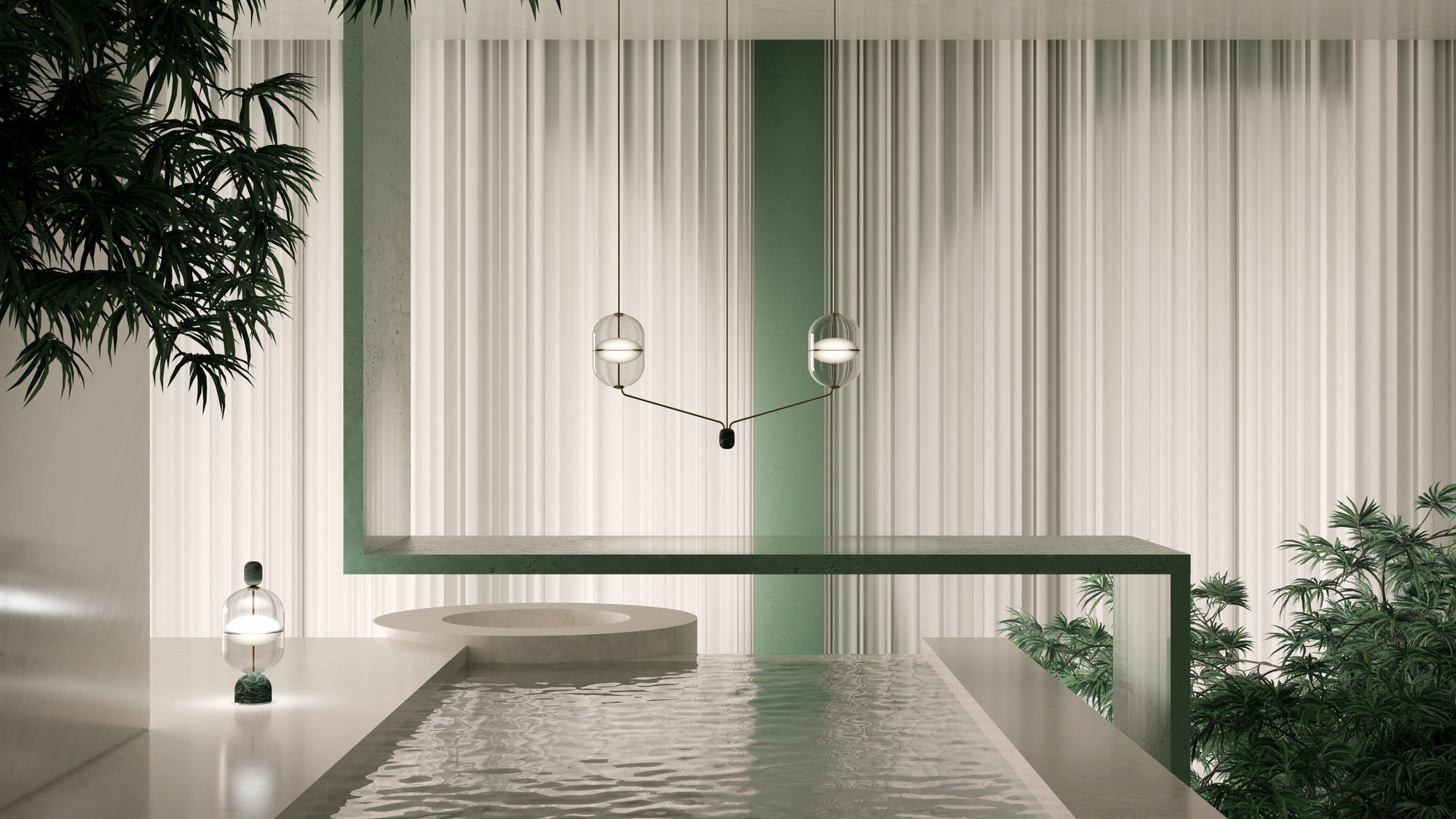 “Indre captures that unique feeling of Copenhagen’s historic city centre. A prominent feature is its streetlights suspended from buildings to allow for foot traffic, bikes and cars,” explains Nikolai. “Indre captures that connection between lighting and architecture and brings it into the interior architect’s spatial environment.”

2020 has been a prick of a year for many. And while some have retracted and stayed idle, others have used it as an opportunity to – no, I’m not going to say pivot (the most overused-to-the-point-its-become-quite-sickening word of 2020?) but rather, come up with alternative ways to get on with it.

Case in point, Australian lighting company had very different plans for their year of international product launches, starting with a big activation planned for Milan, but by now we all know how that story ends.

As Australia’s oldest international lighting brand (they are 52 this year!), Rakumba has a strong history of collaborating with established and emerging . Led by managing director Michael Murray, this year, despite COVID challenges, the team brought two new collections to the market – and – with another one by Tom Fereday currently in the works.

So how does one go about landing a gig with a high profile international designer like ? What were some challenges, opportunities, a-ha moments? And what was it like working with an emerging designer Nikolai Kotlarczyk? Truth be told, I planned to write this article very differently from the start. I put a few quick questions to Michael for some extra comments, but he came back with too many pearls of wisdom that were too good not to use almost exactly as they were. So I thought it was best you heard it straight from the horse’s mouth.

Read on for Michael’s behind the scenes insights on bringing two collections to market with a sneak peek of what’s to come next year. He also discusses Rakumba’s collaboration with a South African digital artist, , on a series of “Surreal Interiors Inspired by Australian Landscapes” which were commissioned pre-COVID, and have now become an on-point way to communicate a coherent design vision for the brand’s latest collections.

Dana: 2020 has thrown a pretty major spanner, to say the least. How has Rakumba been affected this year and what’s been your subsequent approach to product development and collection launches?

Michael: Hah – this will resonate with you Dana – no travel for an entire year. If I’d known that at the start of this year, I’m not sure I would personally have been able to cope. From the relaxation of a house on the coast of Queensland at the start of January, I booked a trip to China for our designers to review manufacturing for a large bespoke project and a series of meetings with Stellar Works for our collaboration in Milano, a trip to Germany for Light+Building, the most important international lighting trade fair, and of course Milan for design week where we had planned a team of people to work on our exhibit as well as meetings with our international agents and dealers. Within the space of about two weeks, those three trips were cancelled – and our entire marketing strategy for the year was turned on its head.

People talk lots about ‘pivoting’ – I hate the word – for us, the epidemic has reinforced more strongly than ever that our ‘why’ – “making beauty” is right for me and for my amazing team. So we haven’t pivoted, instead, we’ve built on our core. And whilst it’s been an exceptionally stressful year navigating through all the Covid-related changes, it’s also given us time to take a much-needed deep breath, focus on our local market and on the energy we all get from new product releases, and perhaps be less thinly spread across what we’re working on both in Australia and internationally. 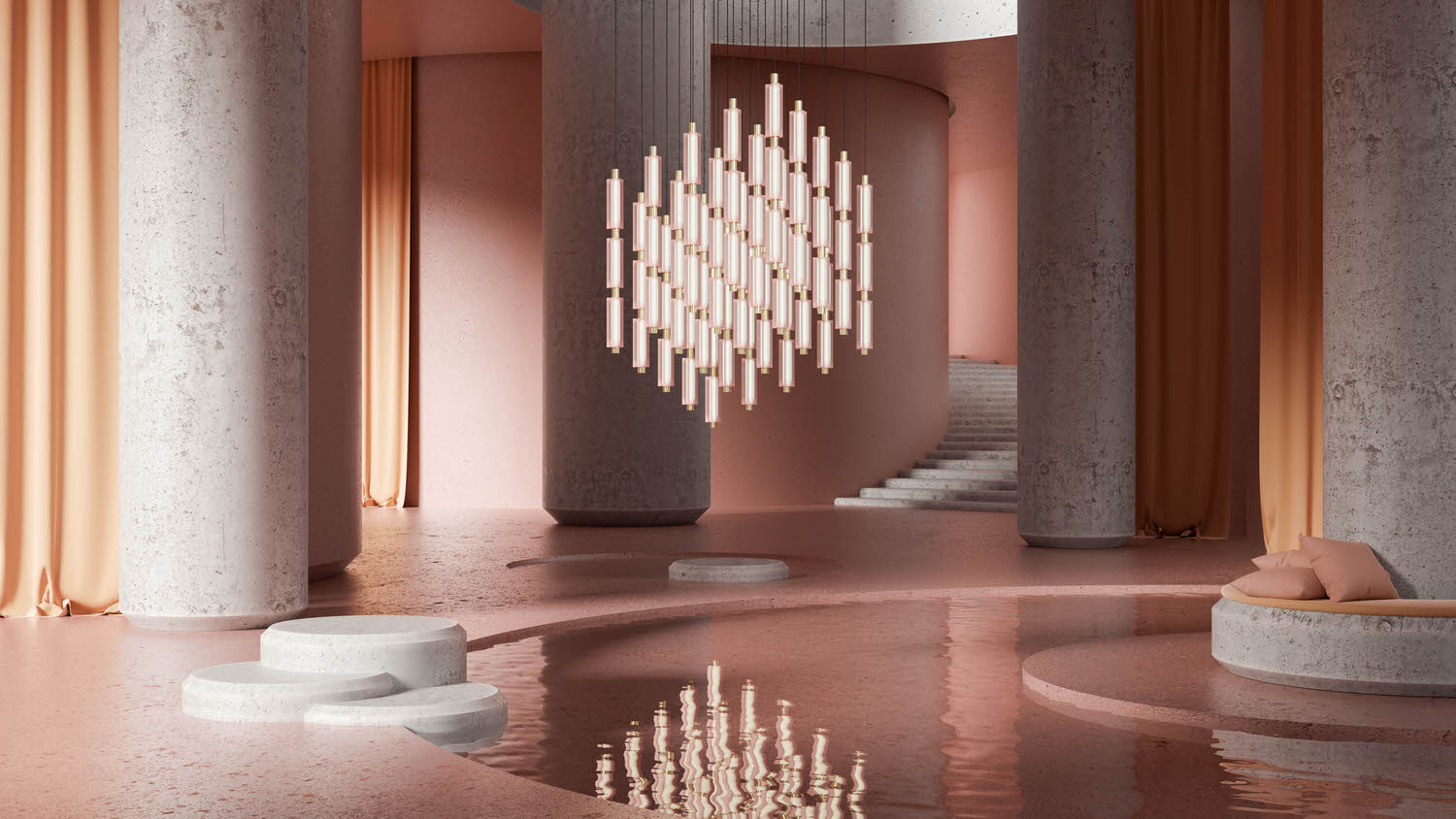 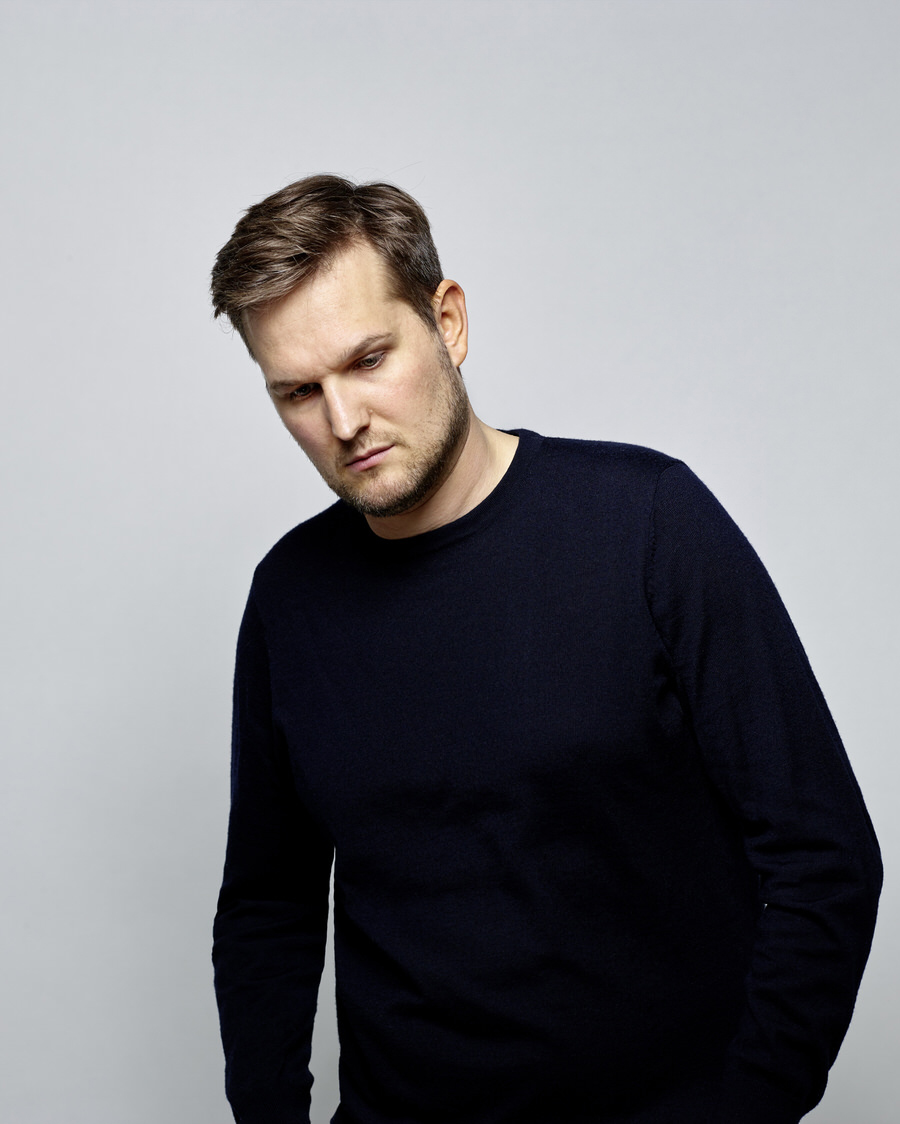 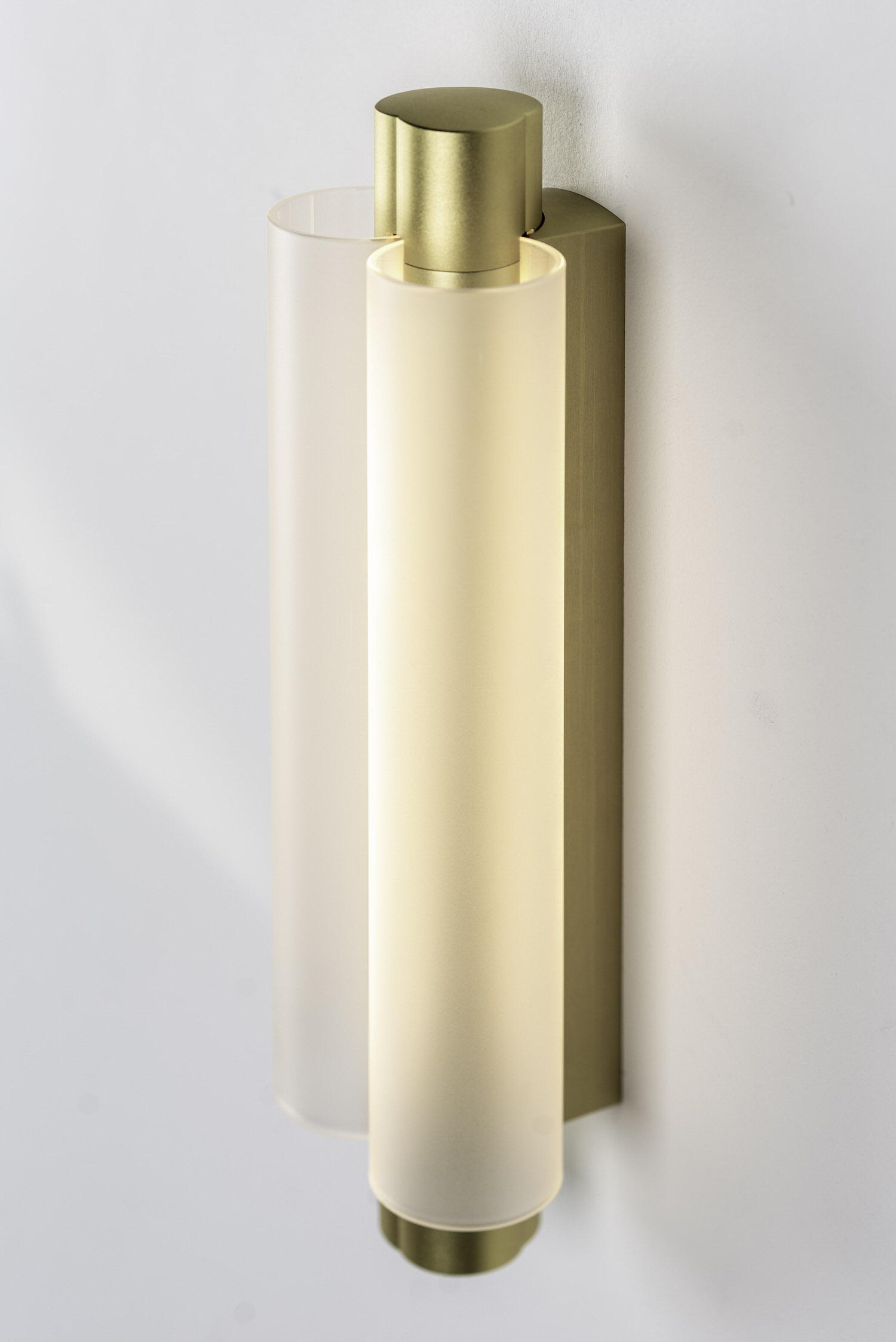 Earlier this year you launched a collection with Sebastian Herkner, who’s a pretty big-deal name on the international design stage. This was his first partnership with an Australian design brand and your first with an international design luminary. How did this collaboration come about?

Back in January 2019, Rakumba had just taken part in IMM Cologne as a sponsor of , Sebastian also had several products launching in Cologne. I then went on to in Paris where Sebastian was named as Designer of the Year.  Queuing for entry, I happened to be standing next to Stephen Todd who told me he was about to interview Sebastian. I tagged along just to say a brief hello and with the idea of planting the seed of a collaboration. Sebastian messaged me a few days later and we arranged for our designers to meet Milan to discuss the brief. He visited Australia mid-2019 to launch his furniture collaboration with Wittmann, so our designers were able to meet with him again to workshop several proposals – and . 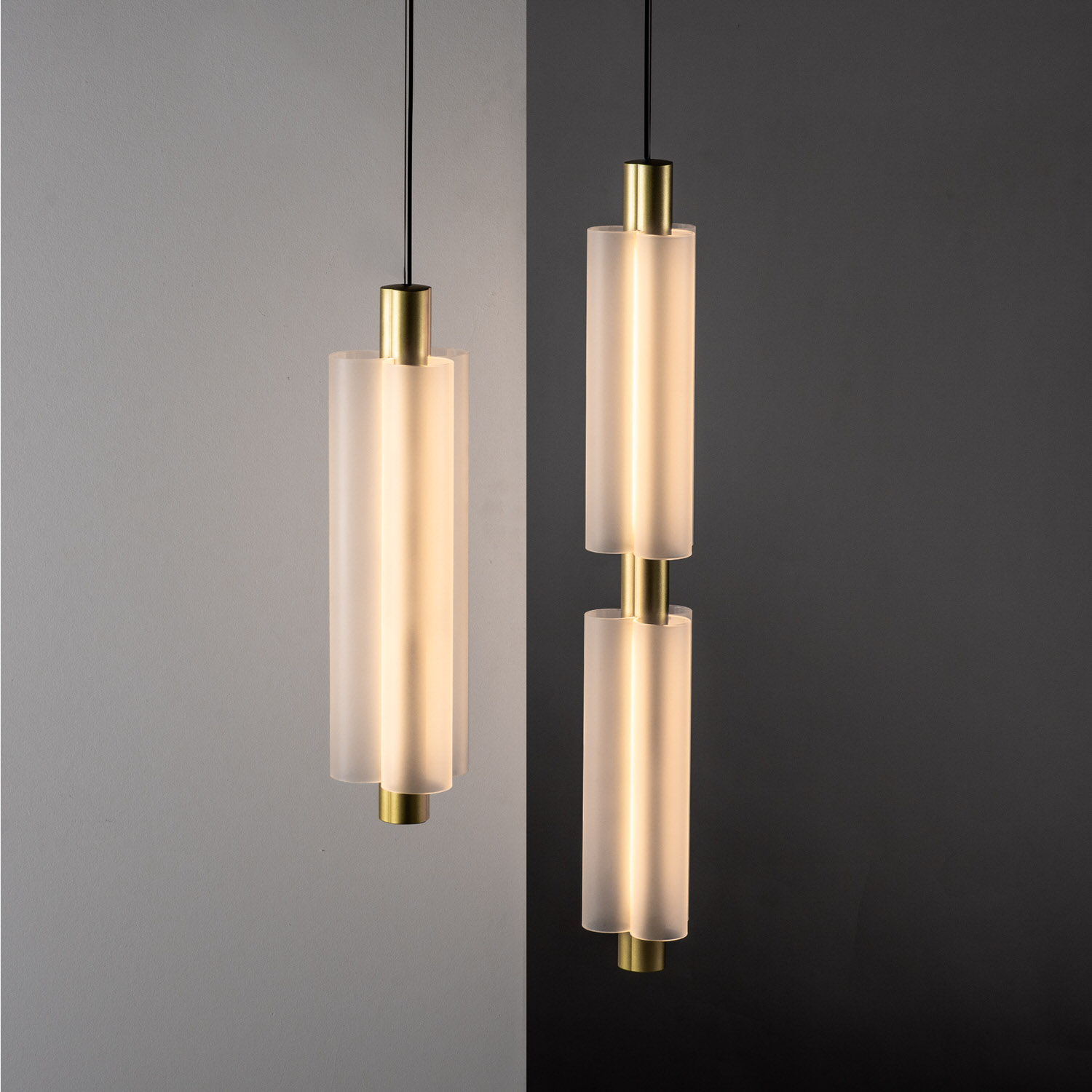 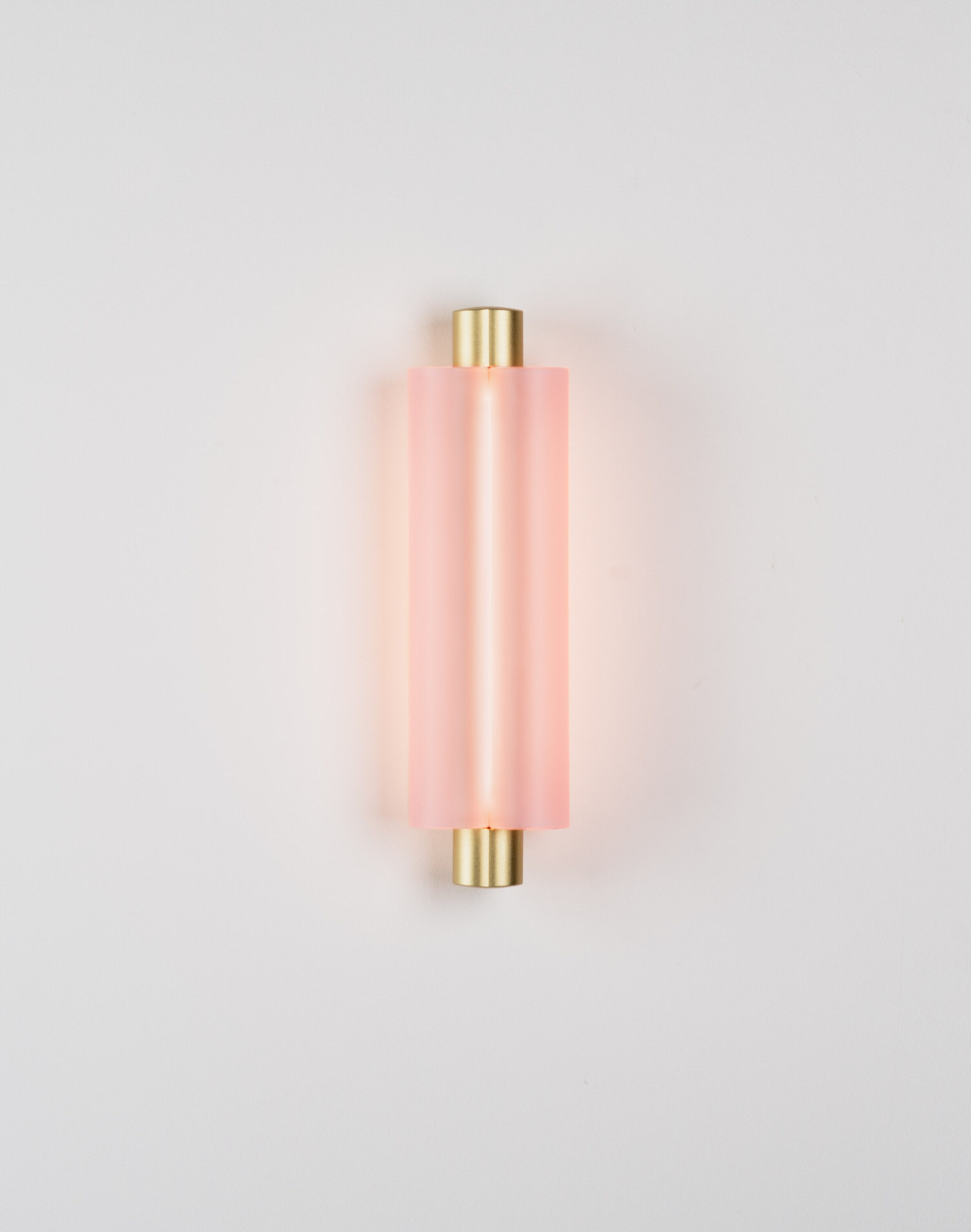 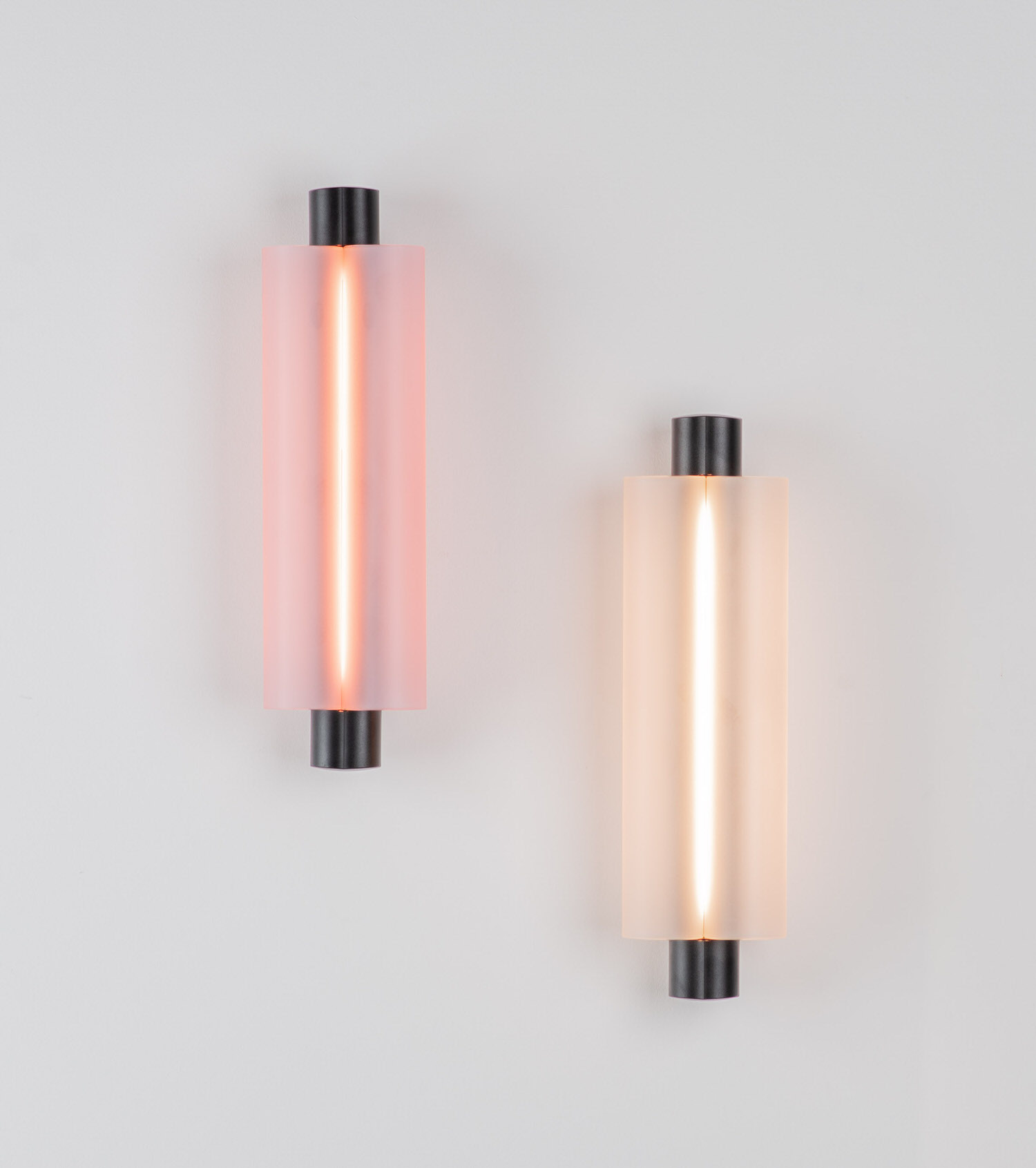 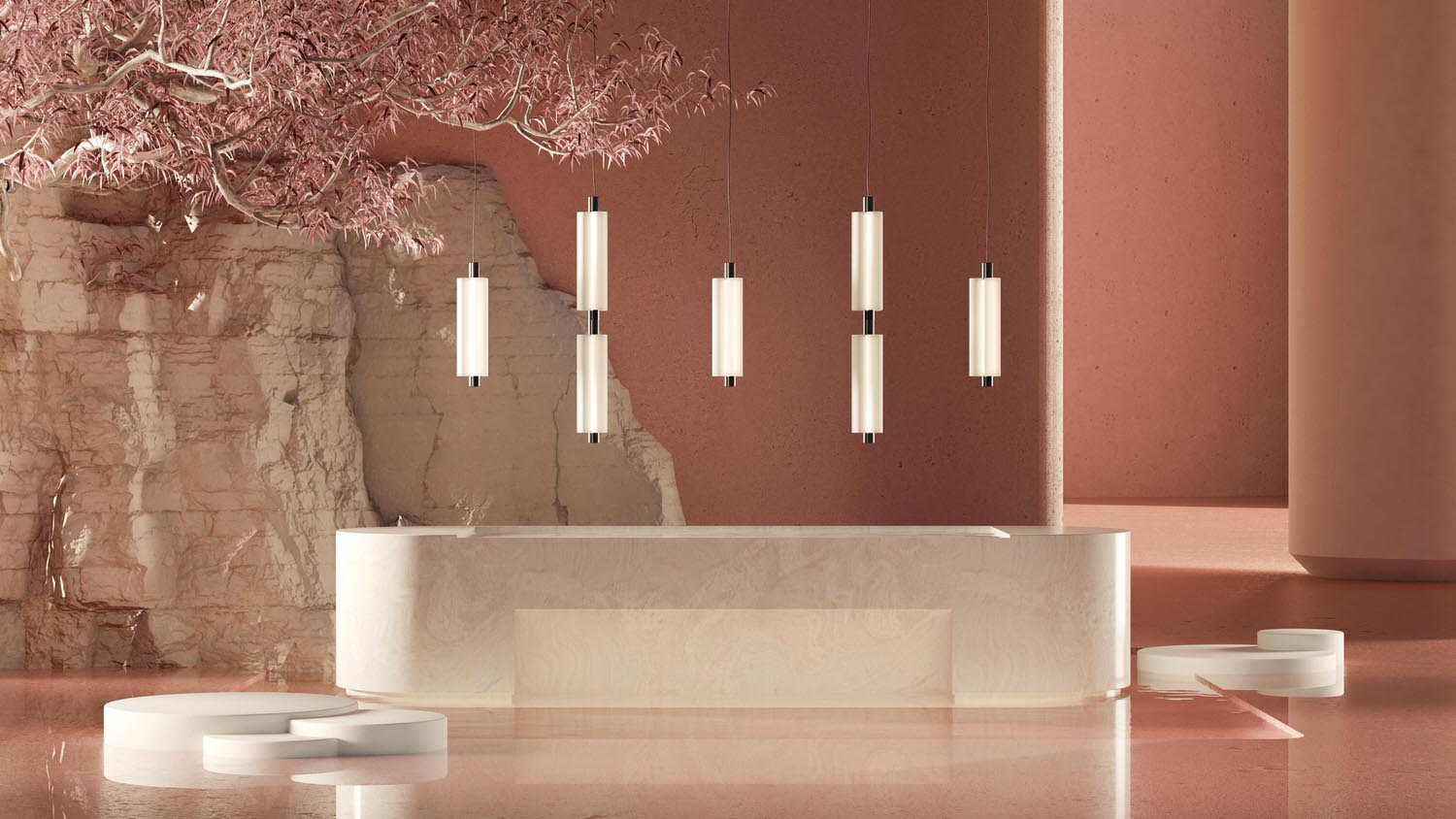 Can you talk a bit about what it was like working with Sebastian? What were some of the unique challenges you had to overcome? And perhaps some of the opportunities that came part and parcel with someone so well versed in working with high-profile international brands?

As a highly experienced European designer, Sebastian’s confidence in the designs he presents and his experience collaborating with brands internationally are clear, as is his commercial knowledge of European markets.  This was extra interesting for Rakumba, since we’ve previously only collaborated with Australian designers. Sebastian’s knowledge of Rakumba was based on what he’d seen at European trade fairs rather than from knowing us personally as part of a local design scene.  So we were focussed initially on building trust on both sides of the collaboration.

Sebastian contributed the design concept, scale and initial thoughts about Metropol’s intriguing lighting effect.  Rakumba’s design team then worked closely with Sebastian’s studio to complete the aesthetic before moving on to detailed production design, initial prototyping and finishes selections.  After evaluating the first prototypes, we worked together to finalise the form, in particular introducing the refined shaping to the inner light-emitting column.  The initial form became successively more sophisticated as the design progressed.  Each time the aesthetic changed, we’d email, Whatsapp or Skype Sebastian and his team to share opinions.  And as our relationship developed, the trust clearly grew, enabling responsibilities to become more blurred throughout the process. 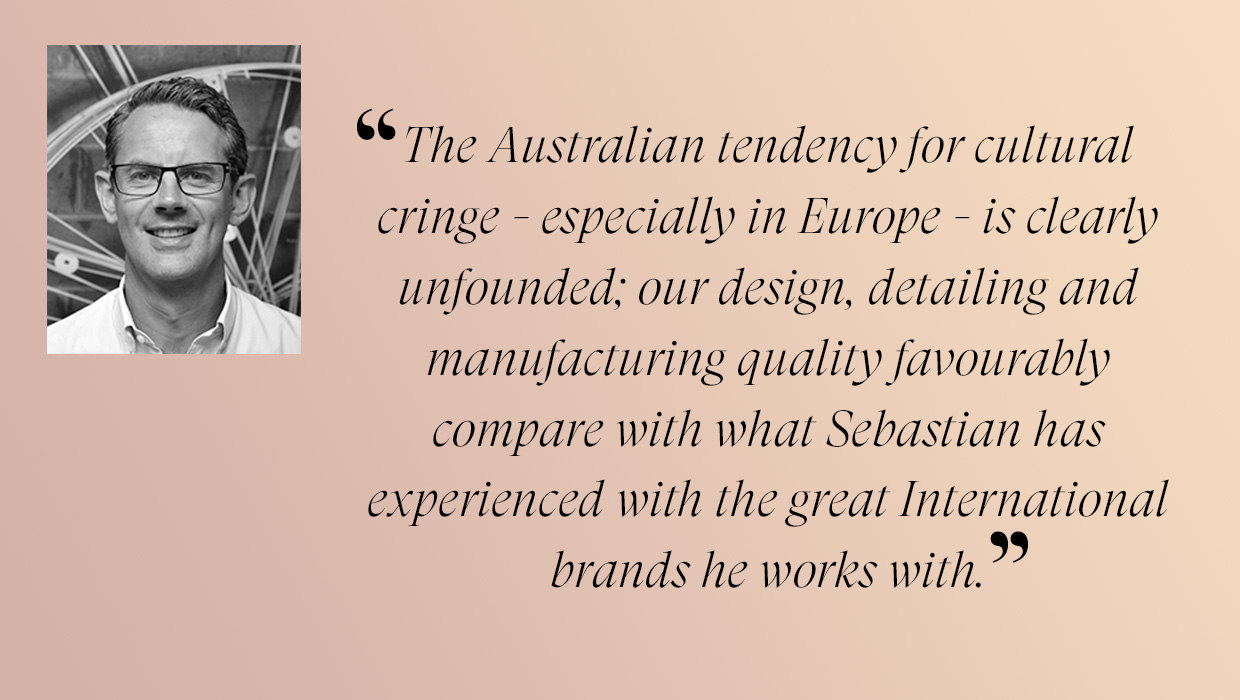 Working with Sebastian turned out to be the source of a great deal of satisfaction for our design team and, as it turns out, also for Sebastian. Just last week he installed a cluster of Metropol pendants in the dining area of his apartment in Germany – a thrill for us to realise how proud he is of what we achieved together.

The Australian tendency for cultural cringe – especially in Europe – is clearly unfounded; our design, detailing and manufacturing quality favourably compare with what Sebastian has experienced with the great International brands he works with. He’s welcomed us as part of his network, and as a result of what we’ve achieved together, we’re now working on new collaborations with Sebastian and another (still under wraps) high profile European designer. 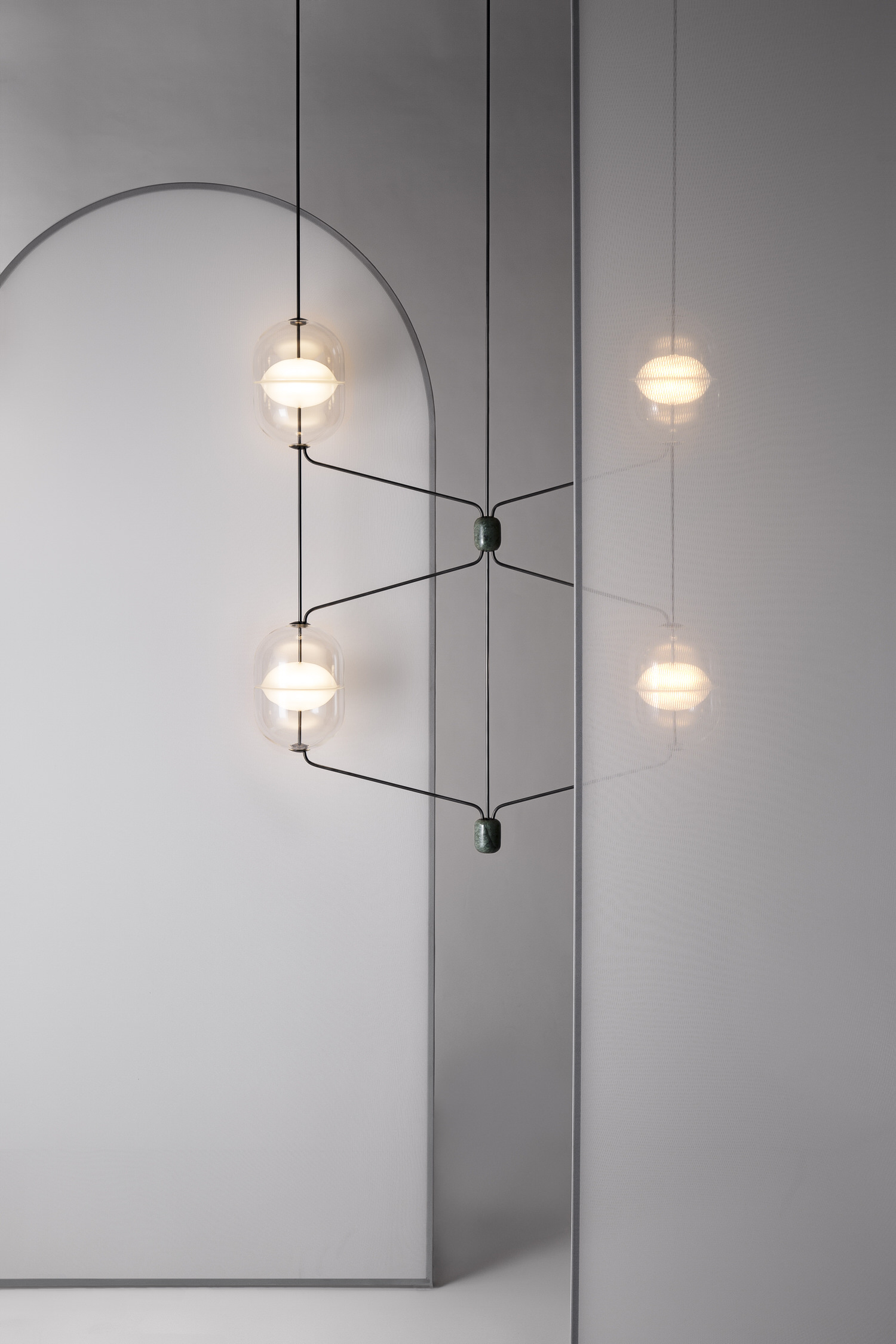 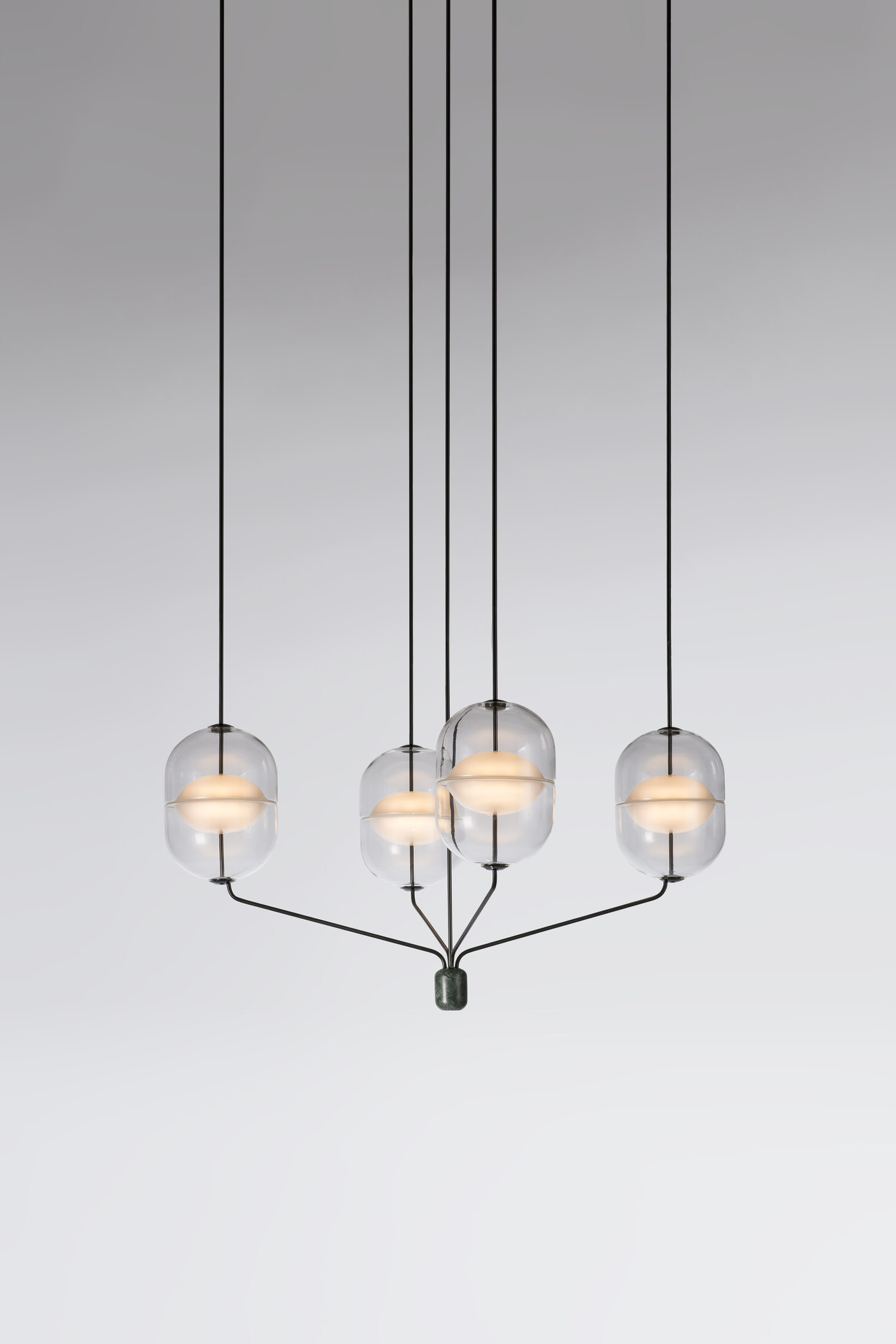 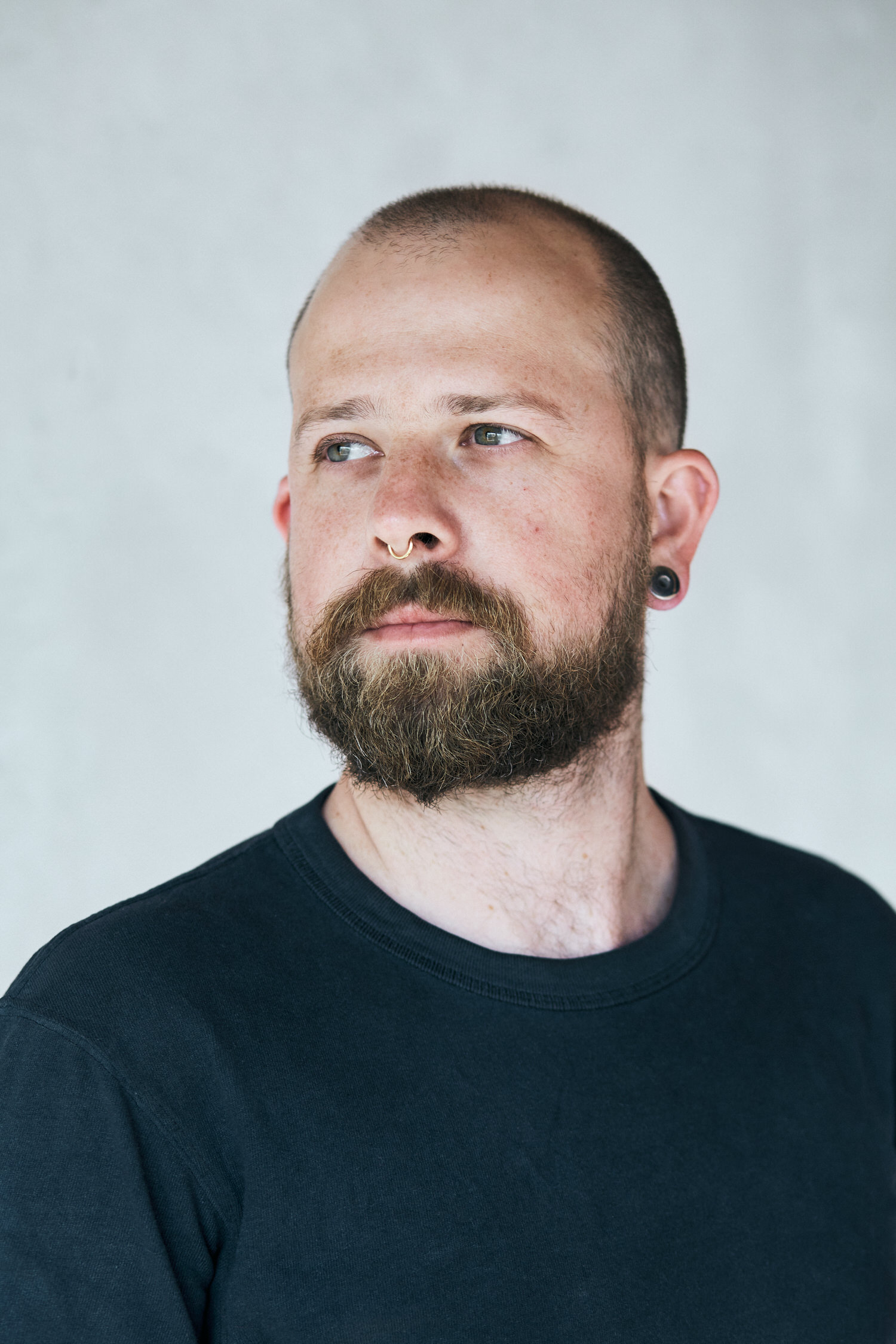 Mr Nikolai Kotlarczyk, the designer of the Indre collection. 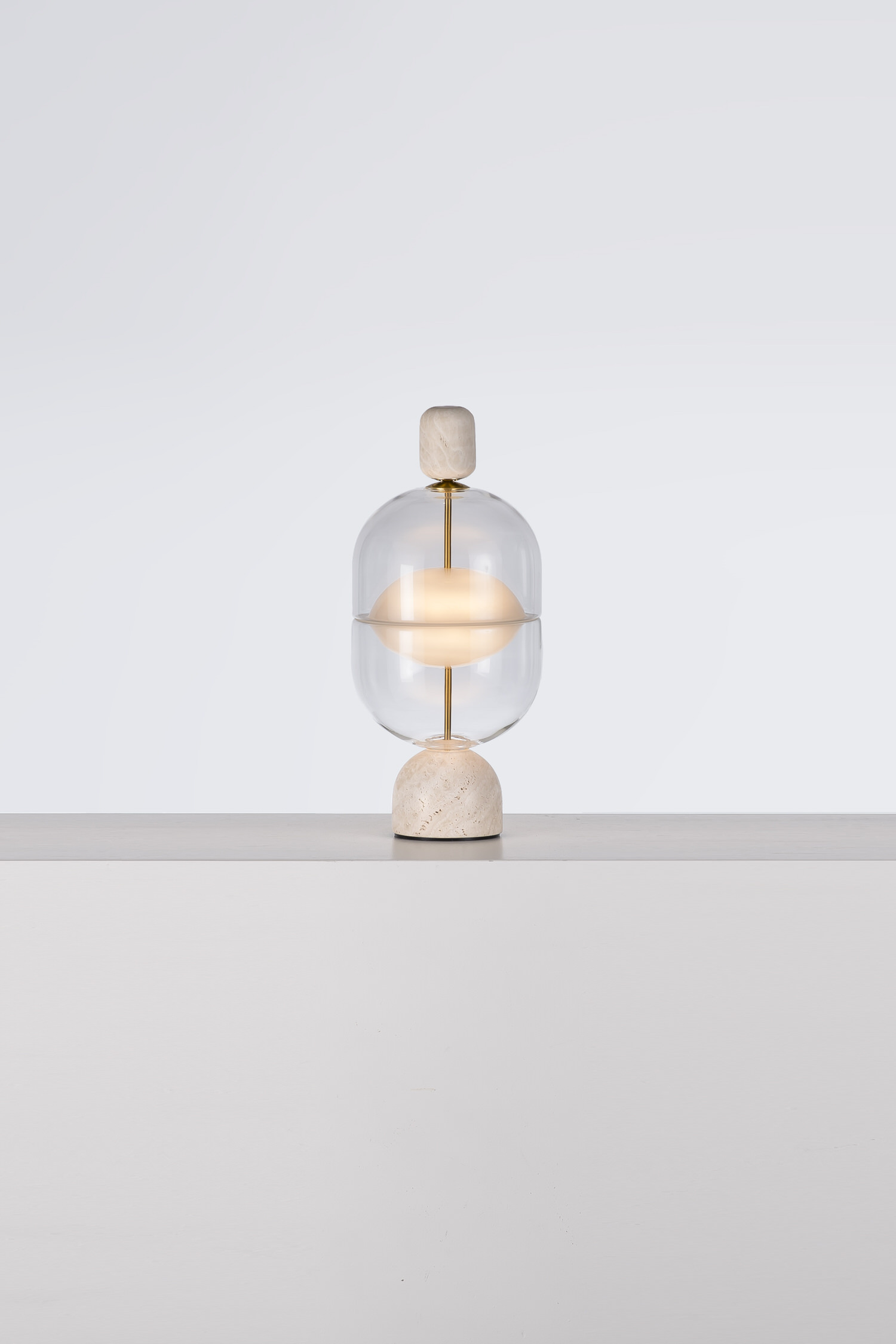 Your latest collection Indre comes via a collaboration with Nikolai Kotlarczyk, an emerging Copenhagen-based Australian-born designer (and one of the OG Yellowtrace contributors, btw!). Nikolai, by comparison, is a lot less experienced than someone like Sebastian. How did the process of working with him differ to the one with Sebastian? What were some of the challenges and opportunities presented by this partnership?

One of the most rewarding things we find working with emerging designers is that we’re able to deliver highly sophisticated design, both aesthetically and technically, that draws from the designer’s freedom of expression merged with Rakumba’s depth of experience in commercialising lighting collections internationally.

As an Australian expat with Polish heritage now living in Denmark, Nikolai brings a rich cultural mix, manifested in his nostalgic love of narrative, decoration and colour.  Rakumba’s design studio is also strongly driven by narrative and emotional connection, and brings deep aesthetic, technical and production design experience.  Nikolai’s natural chutzpah and freedom of thought together with Rakumba’s structured design and R&D processes, and our commercial experience, created a fantastic melting-pot from which to draw something entirely new.