Subterranean Private Villa is a located in Antiparos Island, Greece, has been designed in 2021 by Tsolakis Architects. 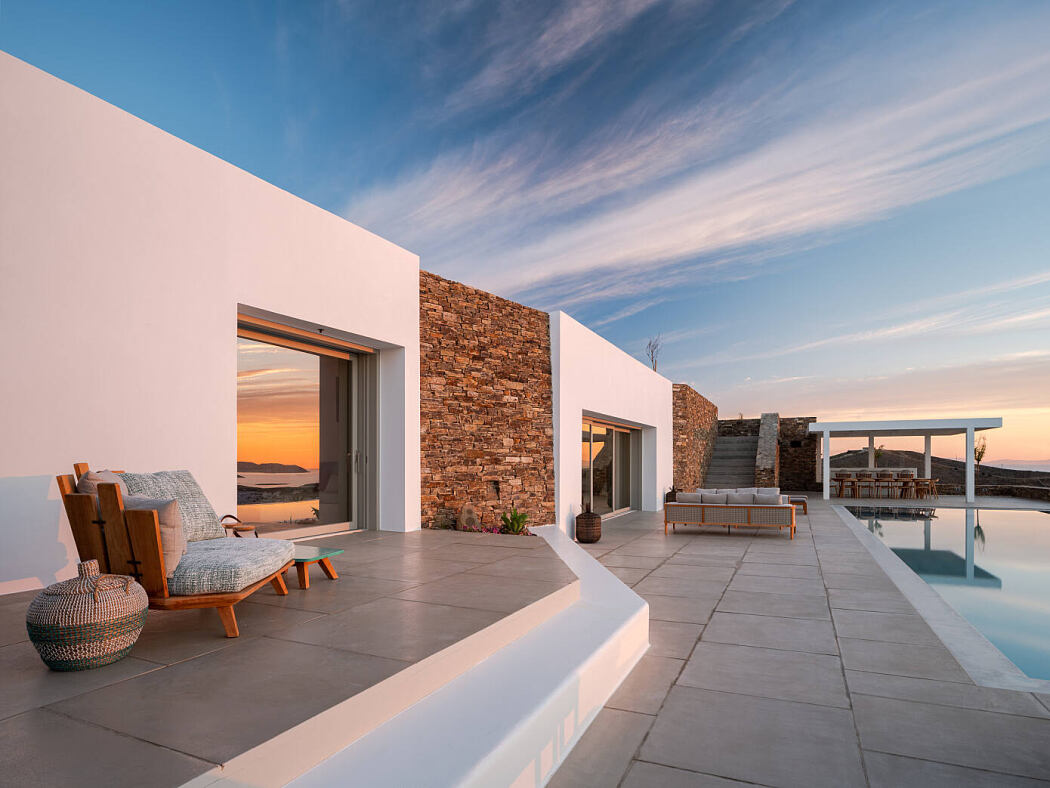 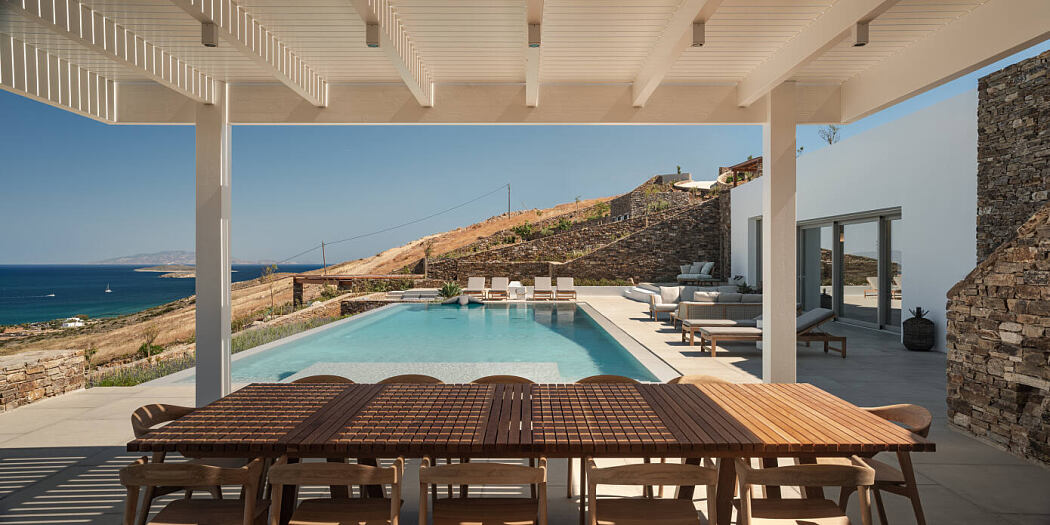 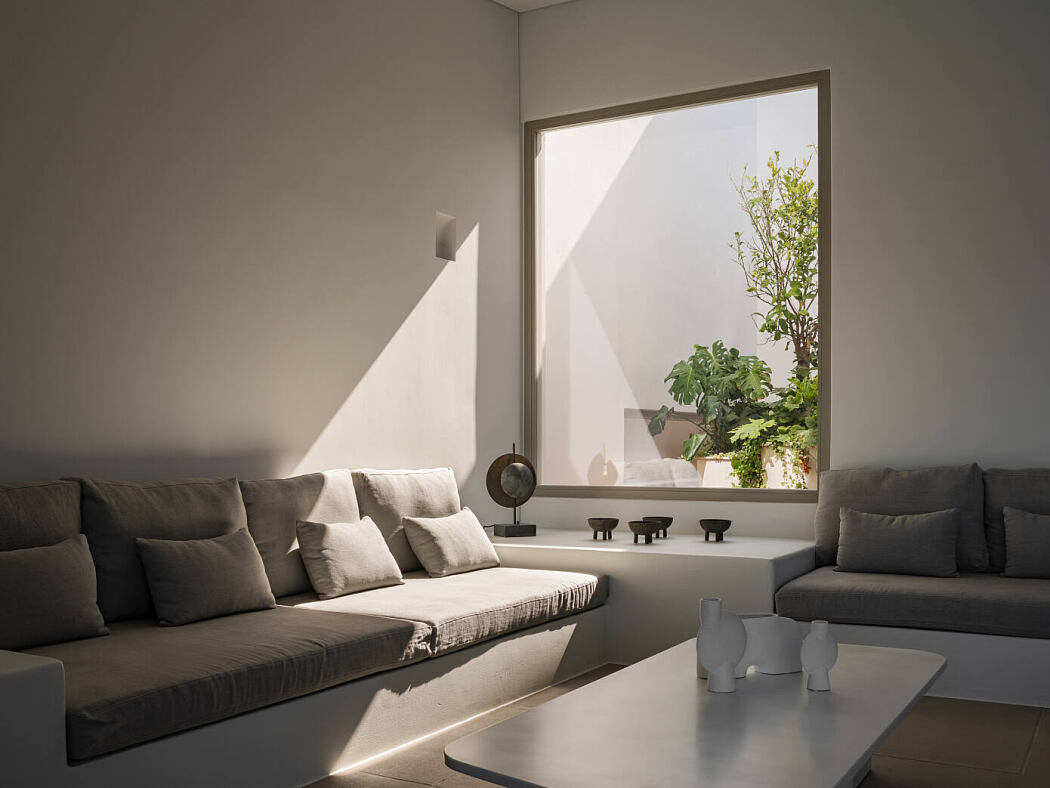 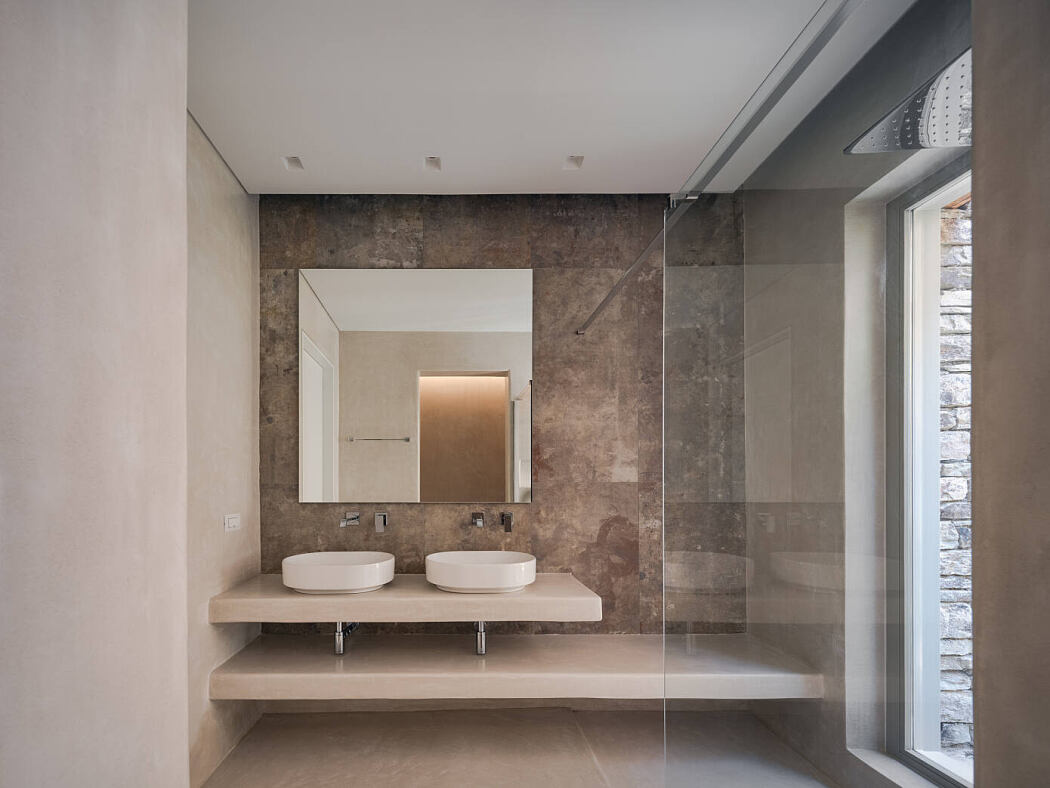 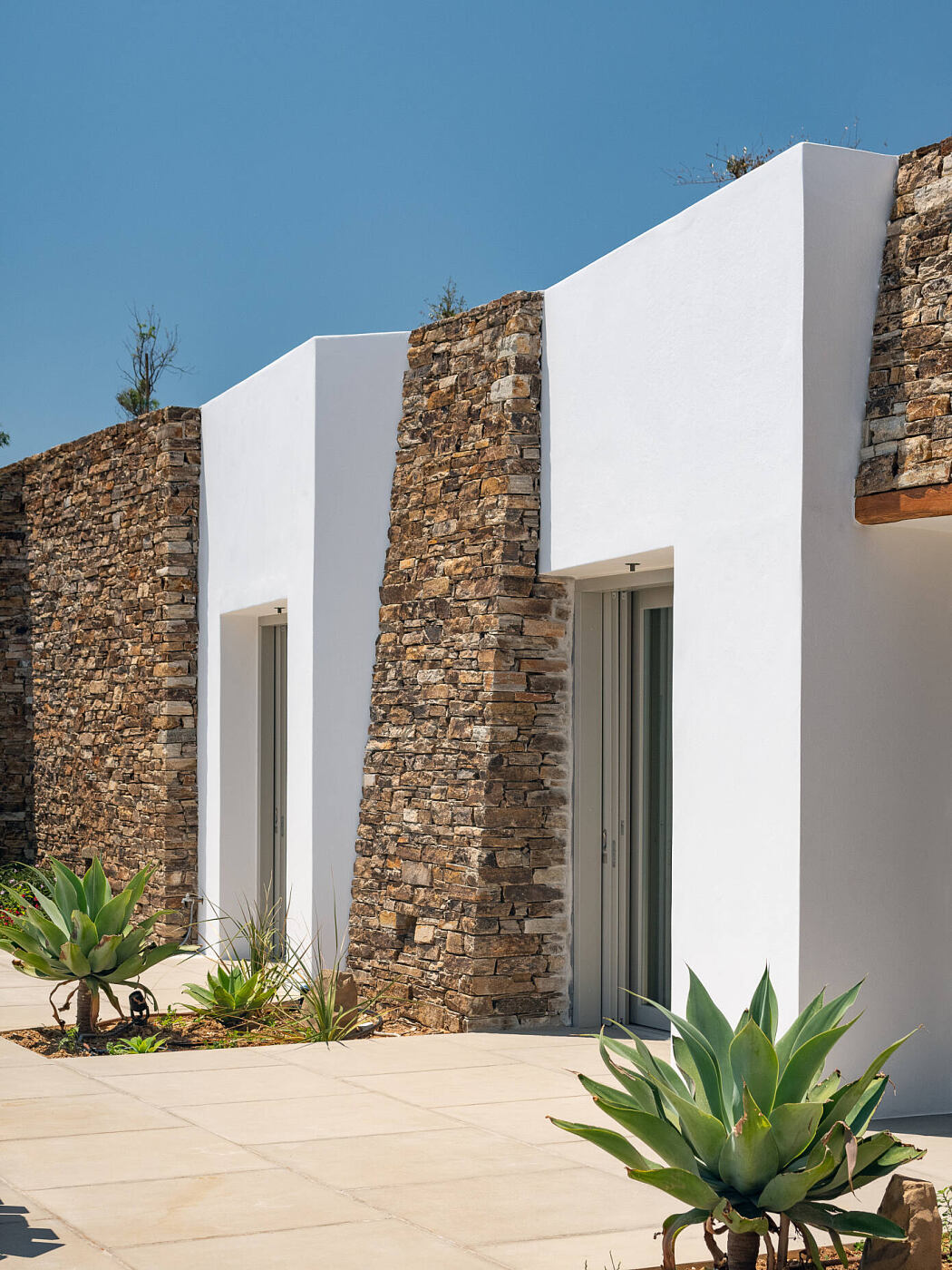 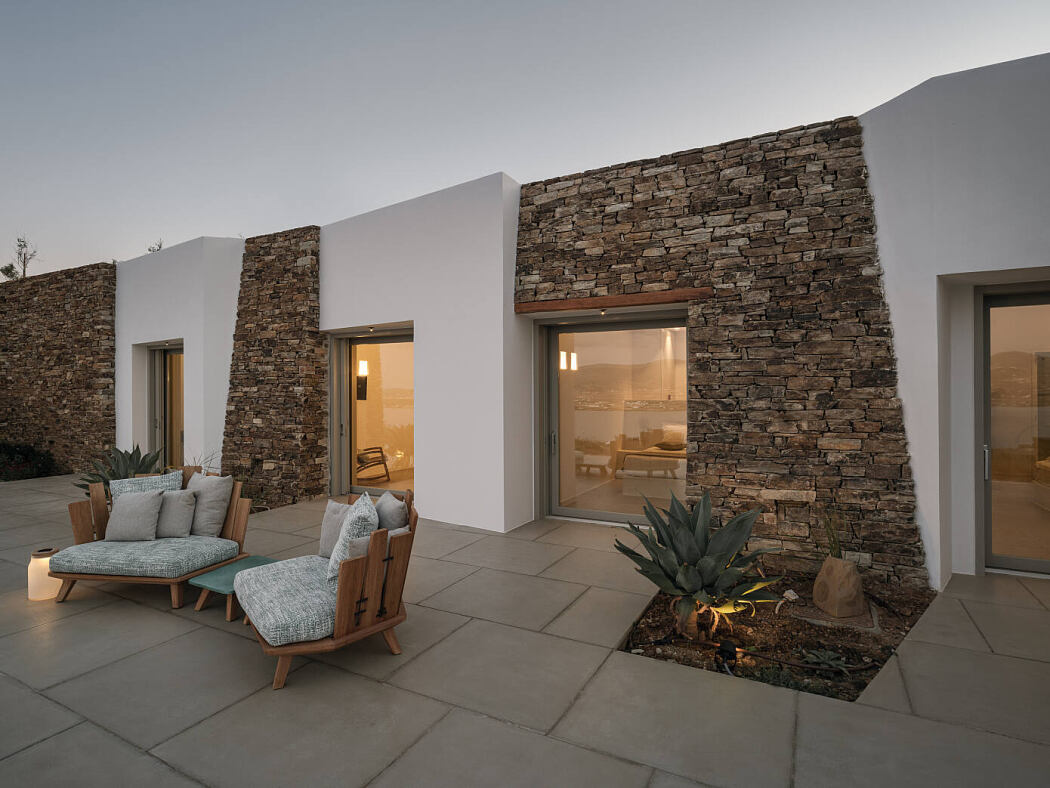 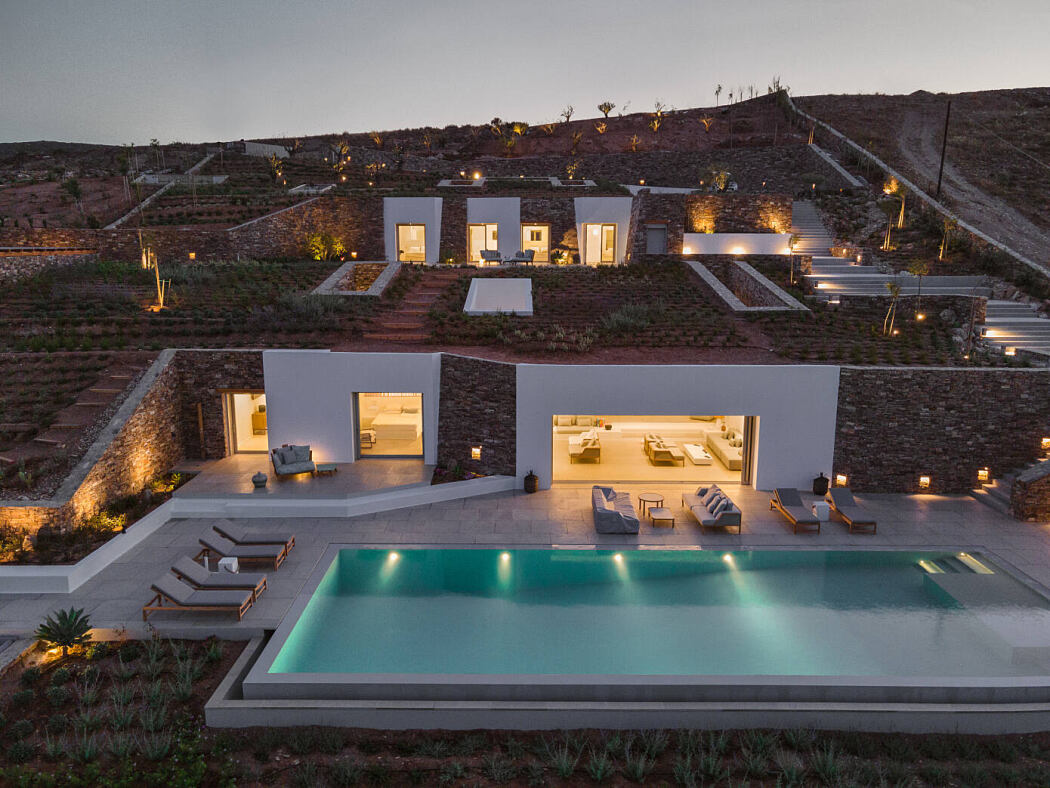 The project refers to a vacation house that is developed in multiple levels, on a steep slope on the island of Antiparos. Οriented towards the East, the plot offers a direct view of the island of Paros, as well as visibility to the islands of Cyclades nearby.

The main idea is to integrate the building into the landscape. The variant volumes in combination with the subterranean parts of the house correspond to the concept of embracing the rocky topography. Thus, the fragments οf the design create a mild architectural intervention, emphasizing to the transformation of the terrain. Three subterranean dwellings emerge through the design process.

The configuration of the façade has a dual content which refers both to the “primitive” and the “geometric” architectural gestures. The “primitive” responds to the project’s materiality and more specifically to the use of natural stone as an integration tool referring to the landscape. On the other hand, the “geometrical” design of the facade responds to the reinterpretation of the existing rock’s shape which is metaphorically transformed into the white plaster segments of the dwelling. Furthermore, the interchange between plaster and stone, imprinted on the façade, gives the feeling of a small-scale intervention, preserving the sense of traditional Cycladic architecture.

The design emphasizes the coexistence of the multiple functions of the complex. The sleeping areas are located both on the upper and middle level, while the living areas intervene between them. The swimming pools have been designed on the middle and lower lever of the complex.

Elements of transmittance and focal points are highlighted by the contiguous engravings and the footpaths into the architectural complex while guiding the dweller to the swimming areas.

The design emphasizes the coherency of indoor and outdoor spaces. The construction of indoor atriums, the use of contemporary sliding frames, as well as the use of materials αllies the inside and outside. The interior of the subterranean buildings is illuminated by elongated slits in the ground, which mold a scenographic atmosphere on the inside.

Pergolas and structural elements, fully integrate with the environment, while protecting the user from the sun and the strong wind of Cyclades.

Τhe spatial design of this Cycladic shelter maximizes the user experience within the natural landscape of Antiparos.