Located in Melbourne, Australia, Split House is a lovely single family house designed in 2019 by . 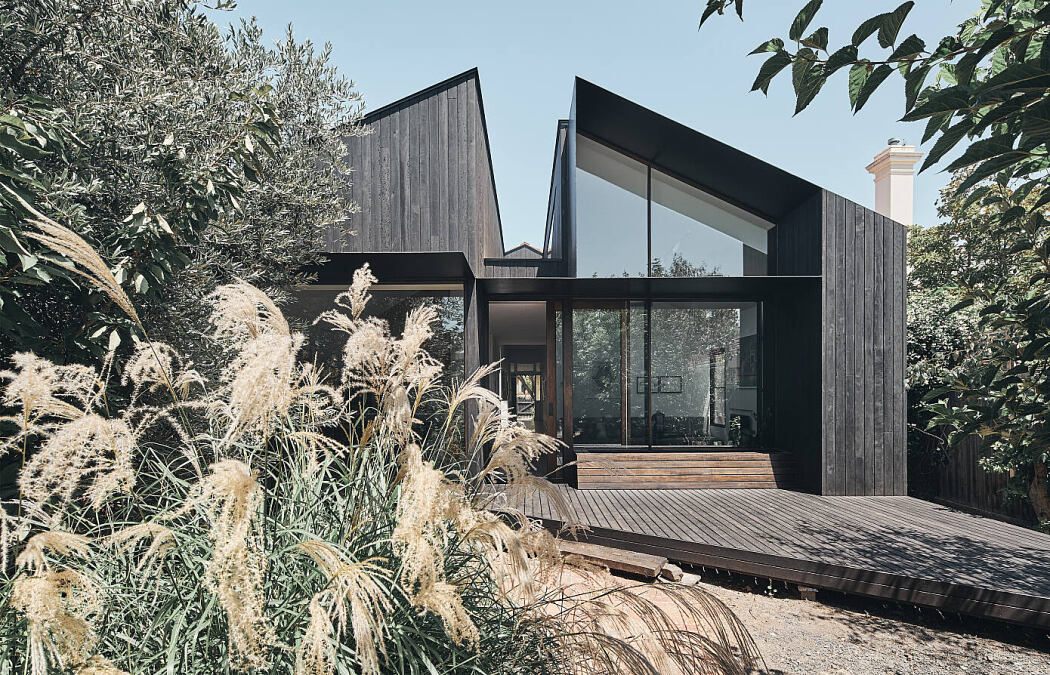 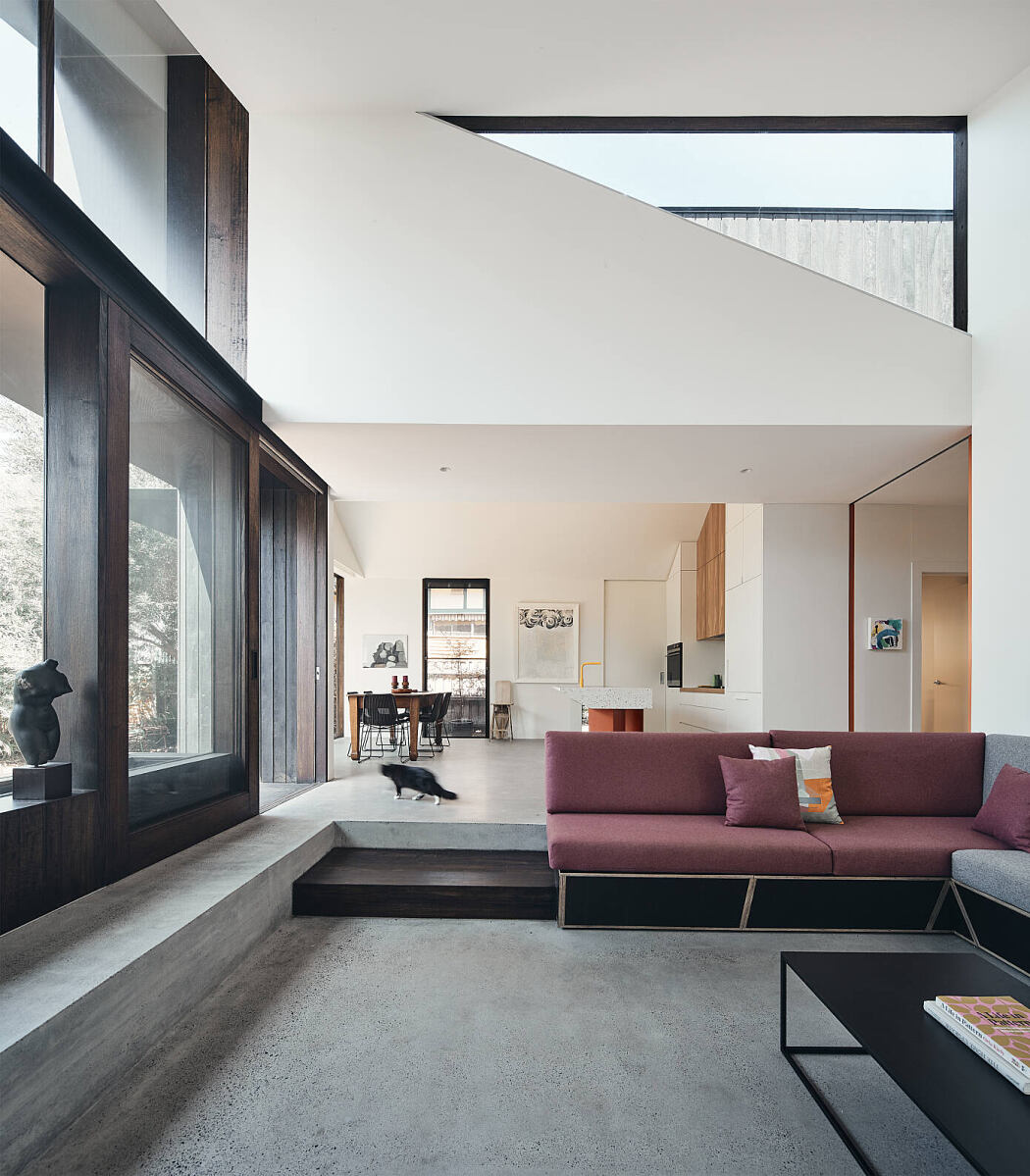 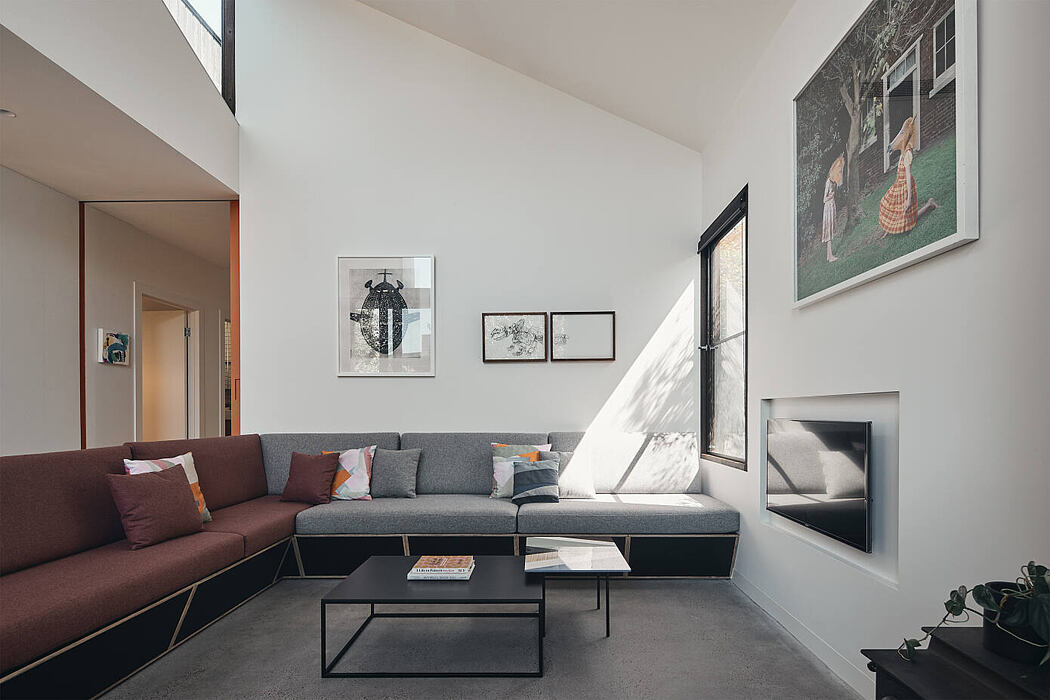 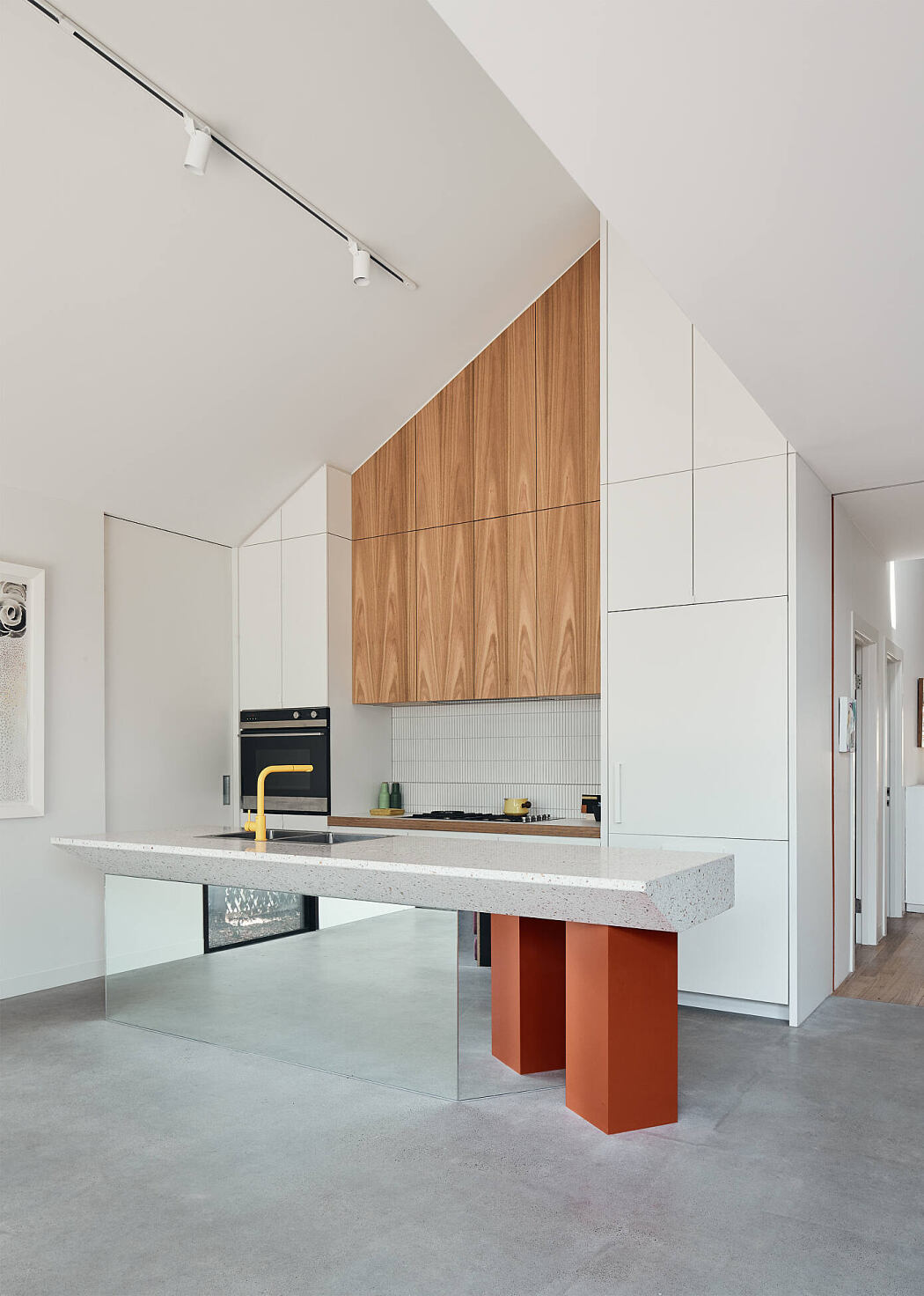 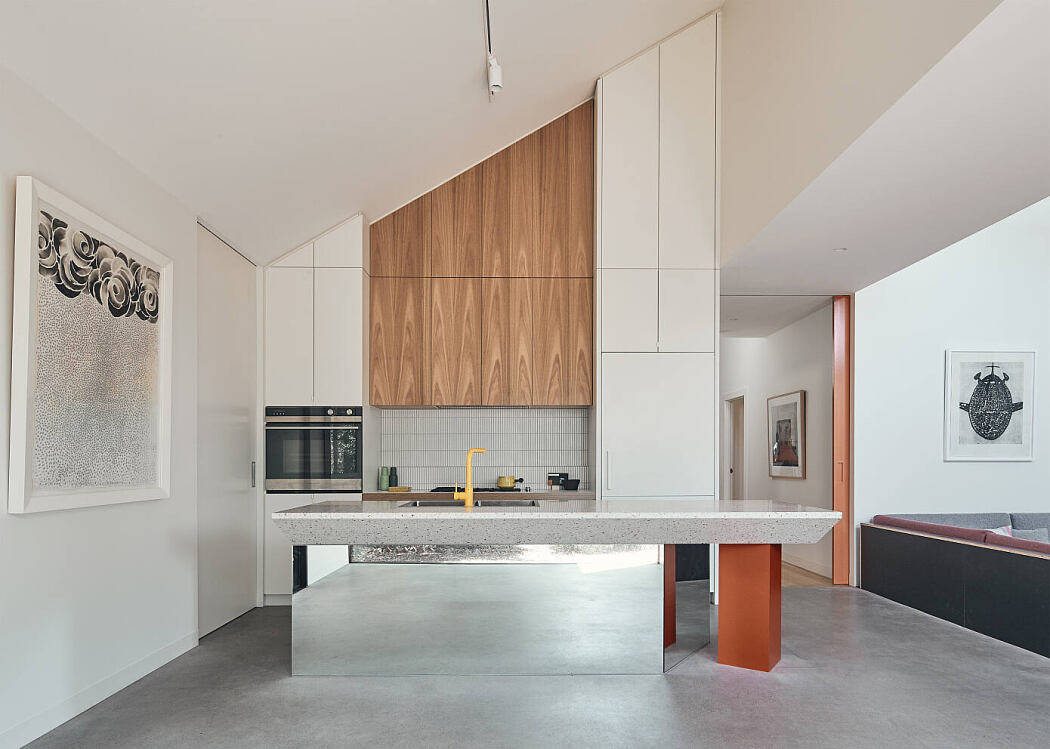 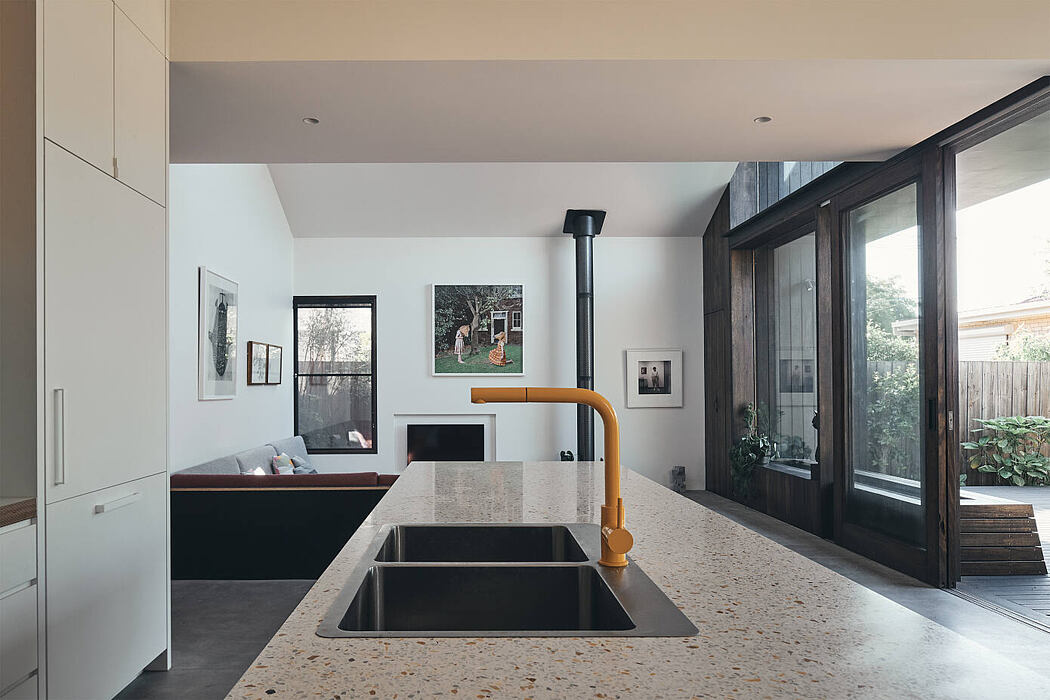 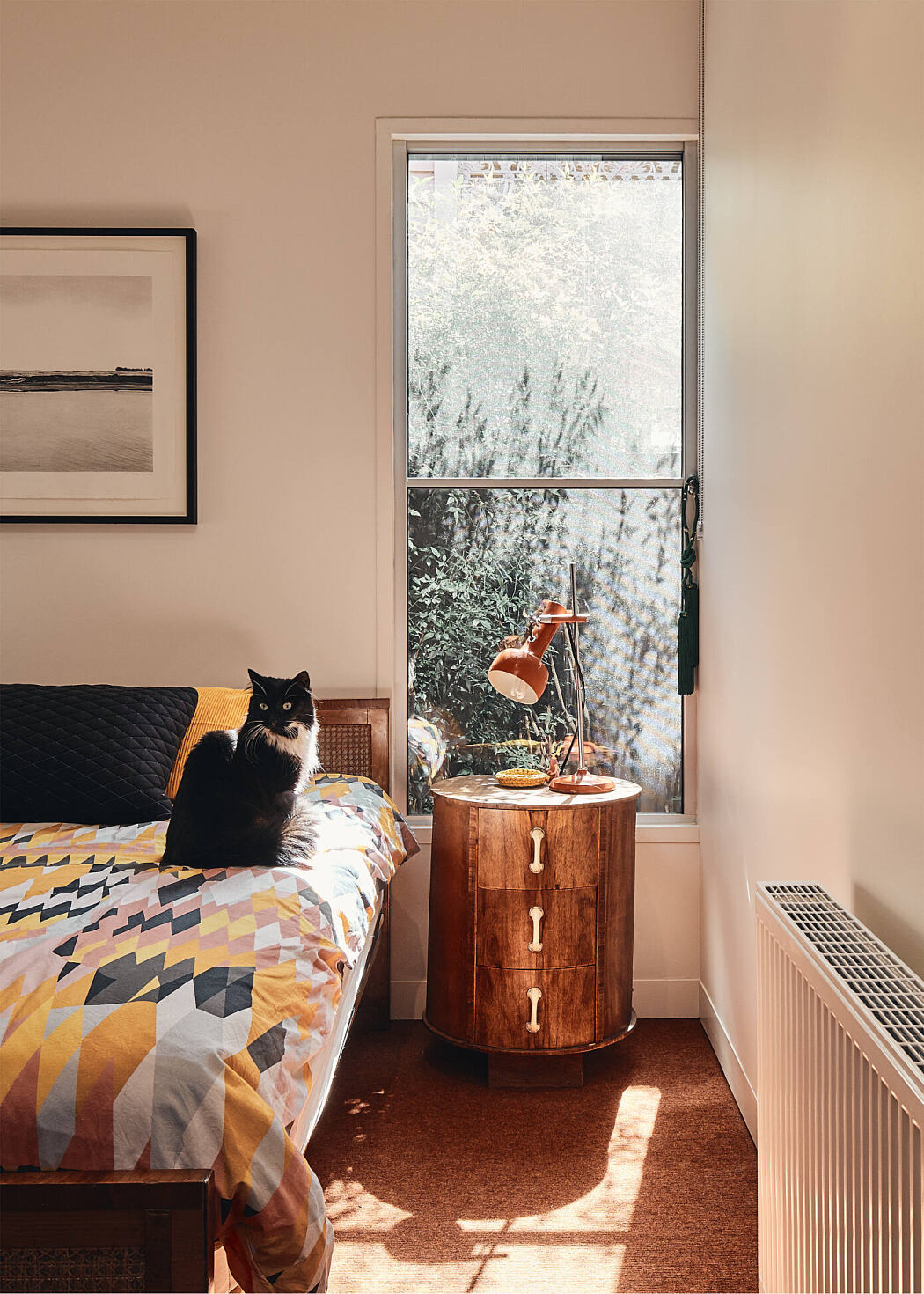 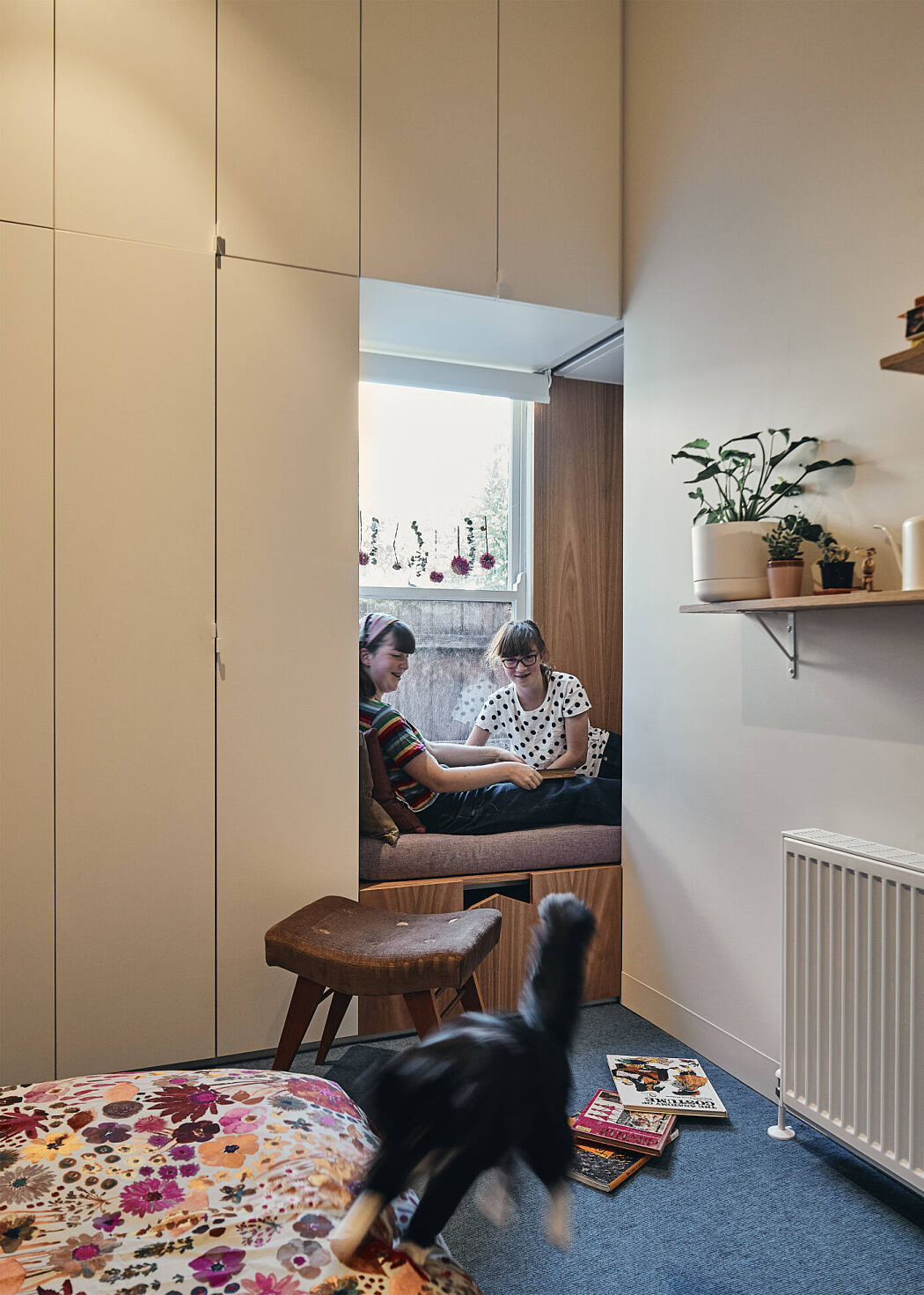 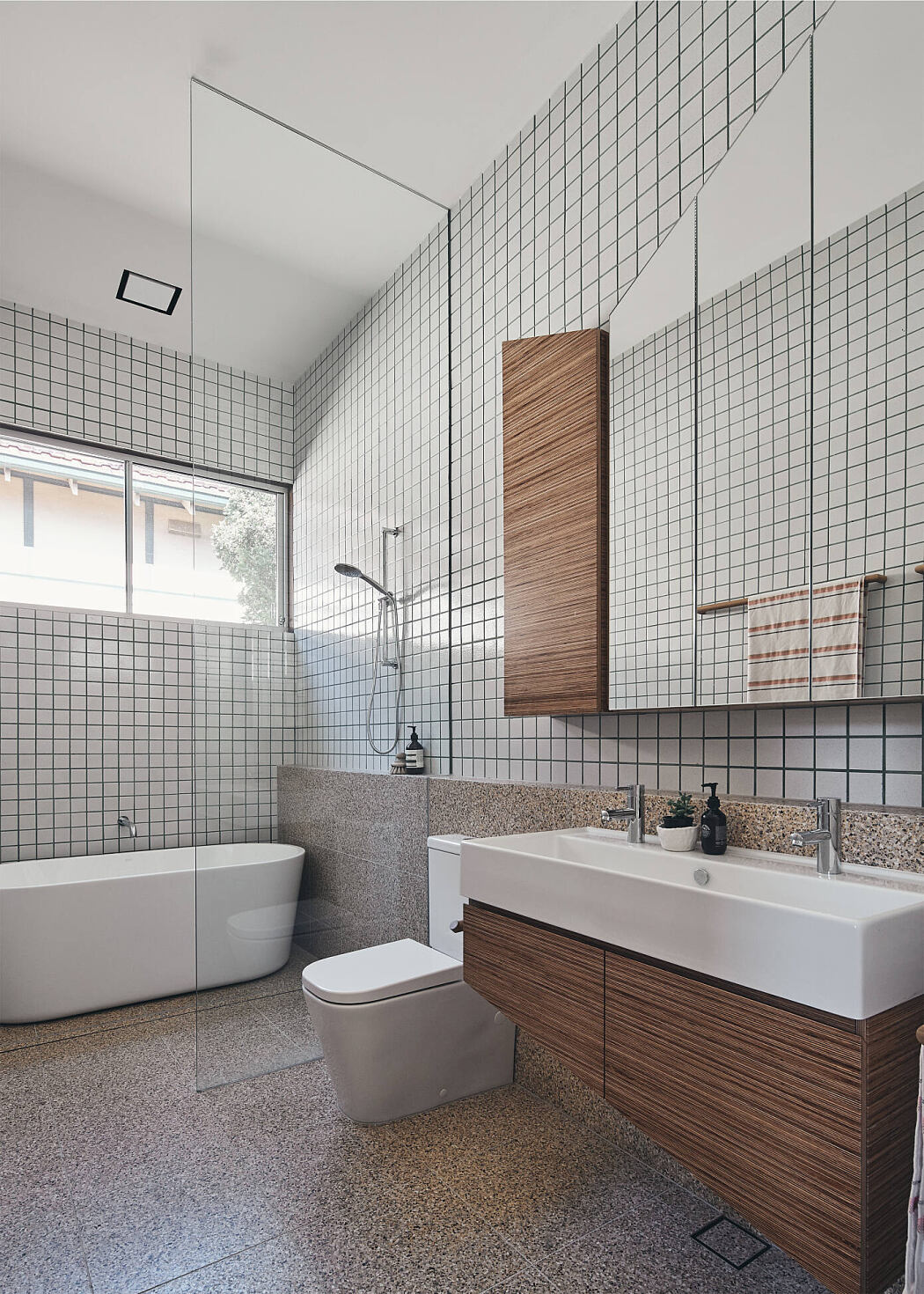 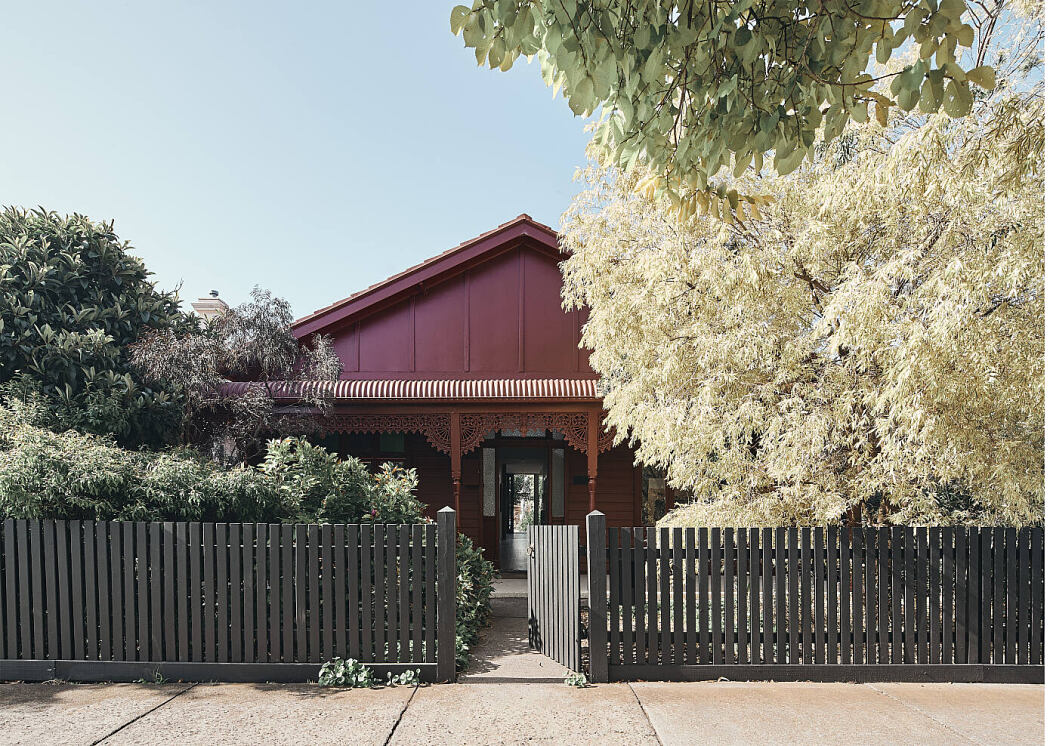 Split House is a sequence of spaces that are split, rearranged and reconnected to create a cohesive architectural response.

The brief expressed a desire for north-facing living areas to accommodate extended family and friends, creating strong spatial distinctions between living, dining and kitchen areas and facilitating moments for the family to connect. The spatial qualities of the existing cottage drove the design team to develop a narrative around inverted and split volumes, establishing a pattern language and balanced visual cohesion.

The new addition follows the existing roofline with an apex cut out, drawing in northern light. The lowered roofline below reinforces the line of the existing double-loaded corridor in the new open plan living spaces, allowing the spaces to be split into two zones; the kitchen and dining to the east and the lounge to the west. The raked roof line is expressed internally in both spaces with the lowered corridor ceiling dividing the two.

The ‘split’ concept is reinforced in subtle interior gestures throughout the home. Each element articulates connection and individuality, reflecting the personalities that come together as a family unit. The kitchen bench is composed of offset sculpted forms, bathroom joinery is articulated in triangulated geometries, while the northern deck reiterates the roof form in plan, mimicking an inverted shadow cast by the building.