Secret Ideas To Grow Lavender At Your Home: Features And Types

Lavender is a beautiful plant that captivates with its graceful, delicate aroma. She has gained wide popularity among gardeners for a very long time. Fluffy bushes of lavender, dazzling with bright inflorescences, spikelet’s – an excellent plant for borders, alpine slides, and rockeries. 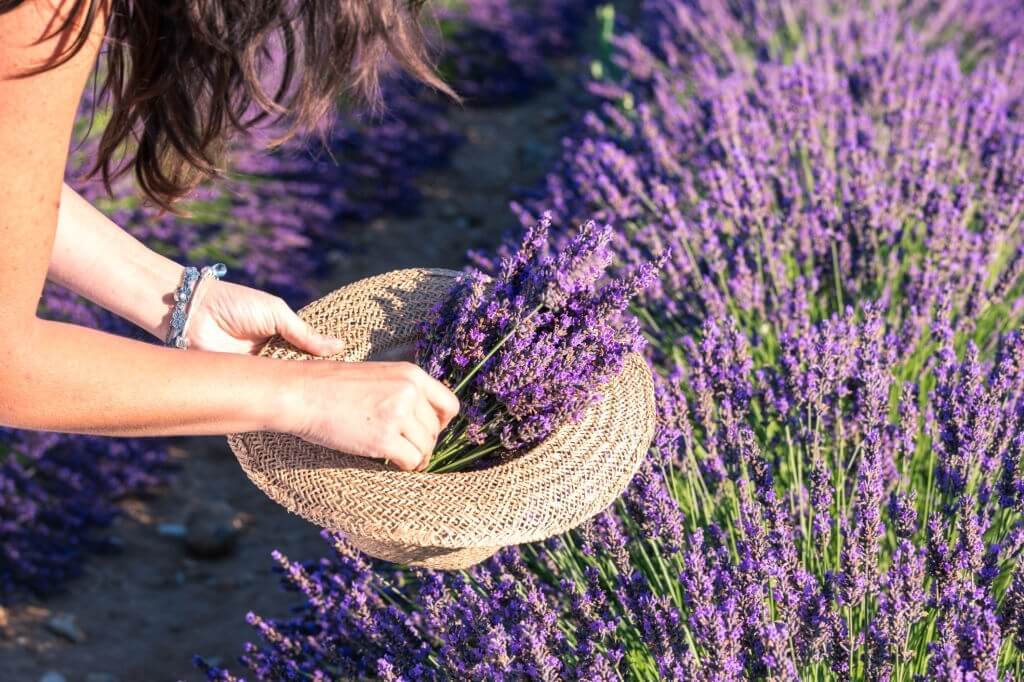 Of course, to get a luxurious flower bed, you have to try. Lavender care is required regularly. The complex of measures must include:

Lavender is a thermophilic plant. Therefore, it is not possible to grow this perennial in open ground in any climatic zone. Bushes should be planted in flowerpots in cold climates and quickly transfer to a warm place at the first hint of the cold snap. Any variety of lavender can be grown as a pot plant. 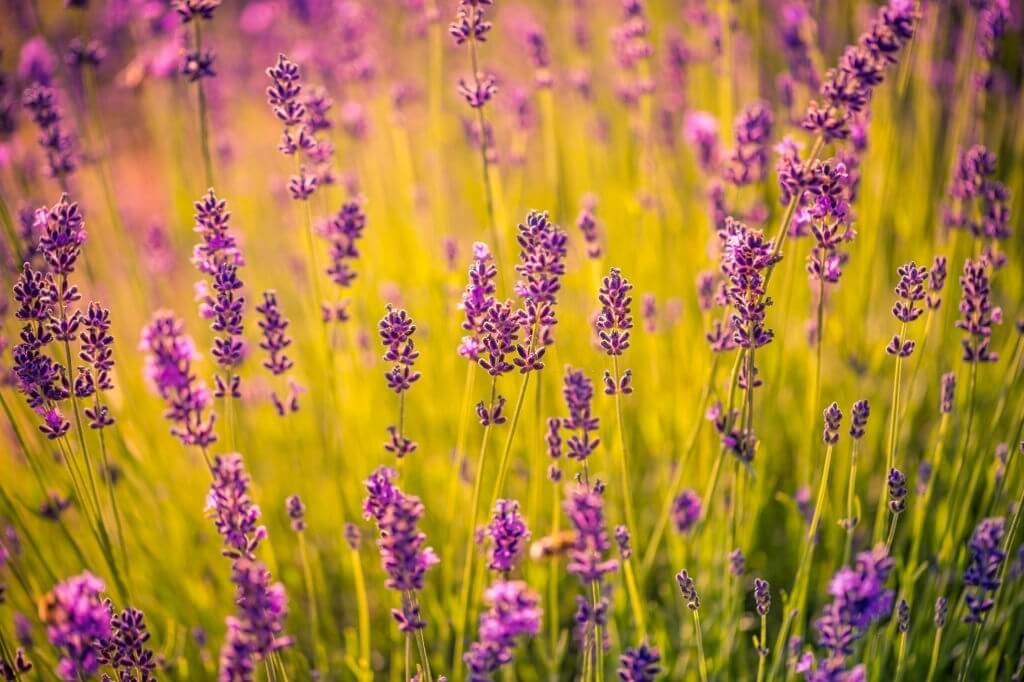 The key to successfully growing lavender is choosing the right planting site. Most of all, the plant will like open areas, well lit by the sun’s rays. The bushes will take root in the shade, but they will not achieve abundant and long flowering.

The roots of a plant are sensitive to the high level of moisture in the soil. Therefore, you should refrain from planting lavender in wetlands and areas where groundwater is too high. However, there is no other option, and you can build a hill and plant bushes on it. Excess moisture near the roots can be easily eliminated with a drainage layer. 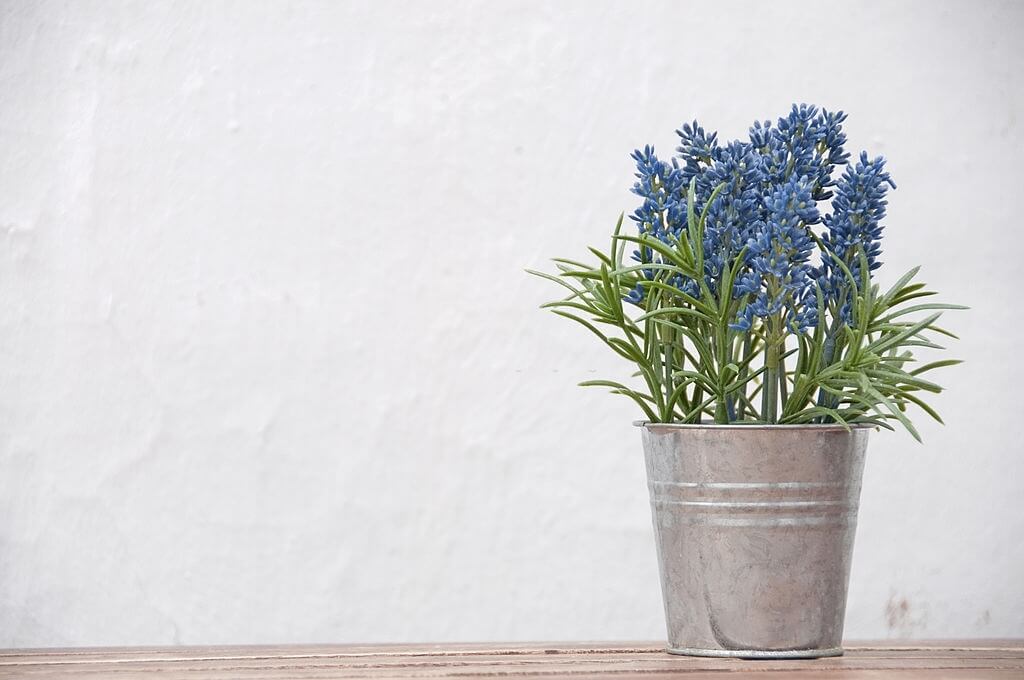 Lavender is also demanding on the level of acidity and soil structure. If in doubt, it’s best to be safe and add a little wood ash or lime to the soil before planting. These are effective soil deoxidizers. And to ensure its porous structure, it is enough to add compost to the garden bed regularly. It will not only loosen the soil but also supplement it with nutrients. 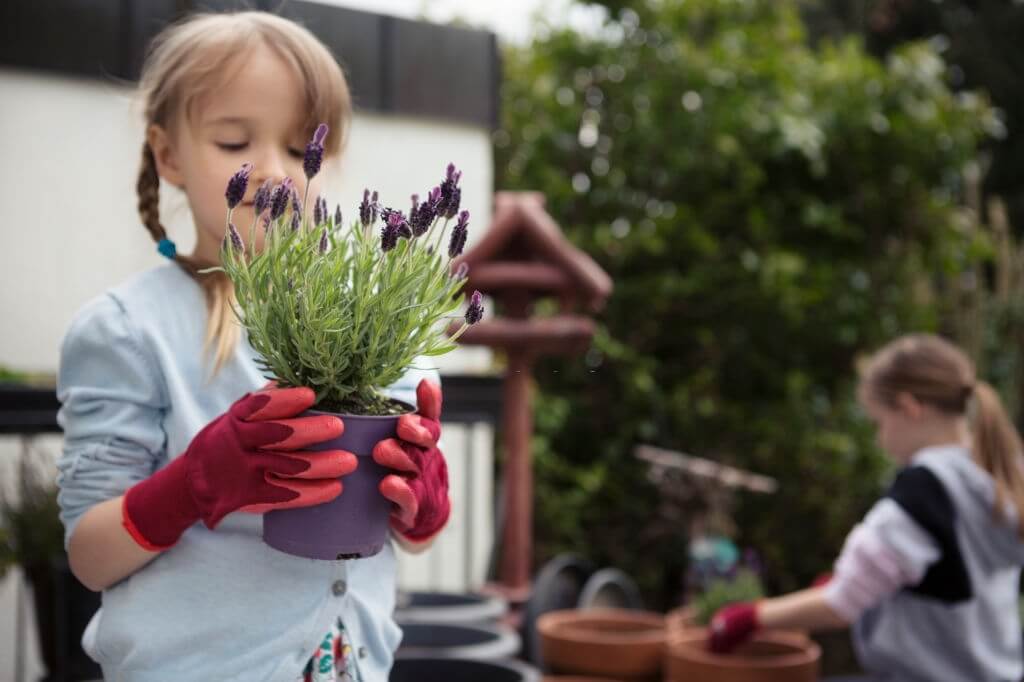 It is a responsible process. Adult bushes do not tolerate transplanting well. If you have to do it, then carefully and only with a voluminous lump of earth. It is better to immediately determine where the bushes grown from seeds, cuttings, or cuttings will be located.

The distance between adjacent specimens should be approximately equal to their maximum height. Then the bushes will be lush. And to get a slender border, we reduce this parameter by half. This way, you can achieve the maximum solidity of the plantation block. 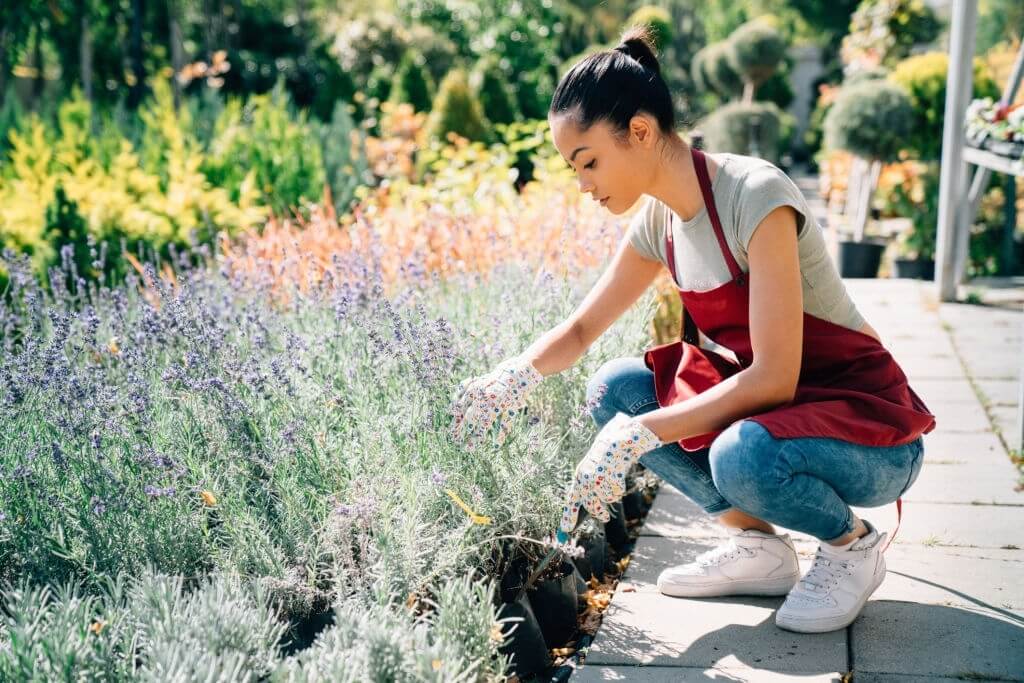 It take root rather quickly. The planting algorithm is simple: deepen a couple of centimeters into a loose soil mixture, cover with a film and regularly moisten the soil. Gently dig out the rooted cuttings and transplant them to the chosen place. 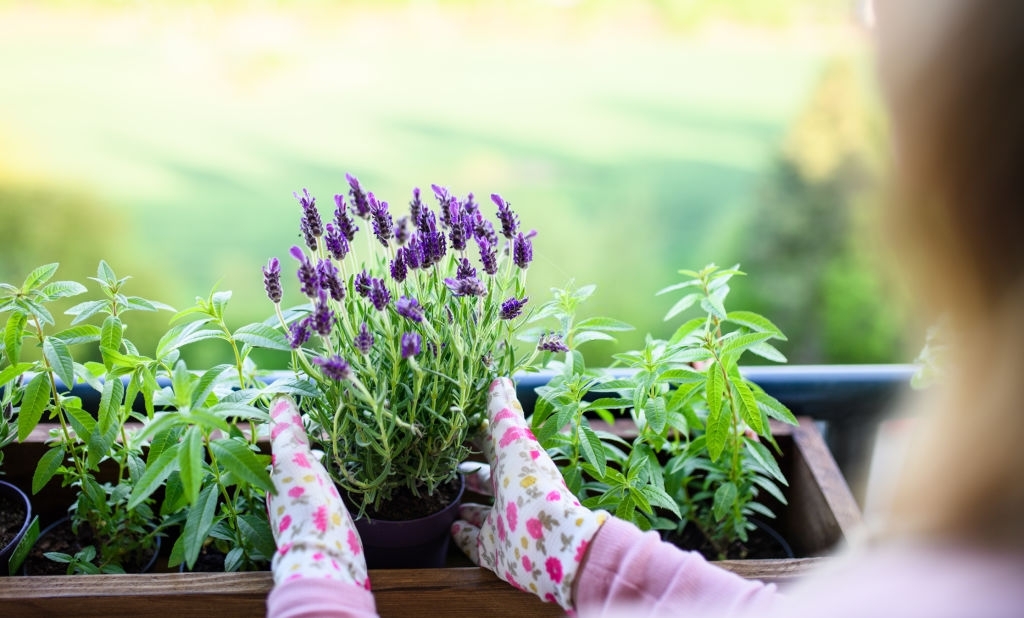 They are rooted branches of a plant. To obtain planting material, bend one of the lower shoots to the side in the spring. Fix the place of contact with the ground level and cover with soil. When a lump of roots forms, carefully cut off the cut with a sharp knife. Sprinkle the place of the amount with crushed coal to protect it from decay processes. That’s it – the layering is ready for planting. 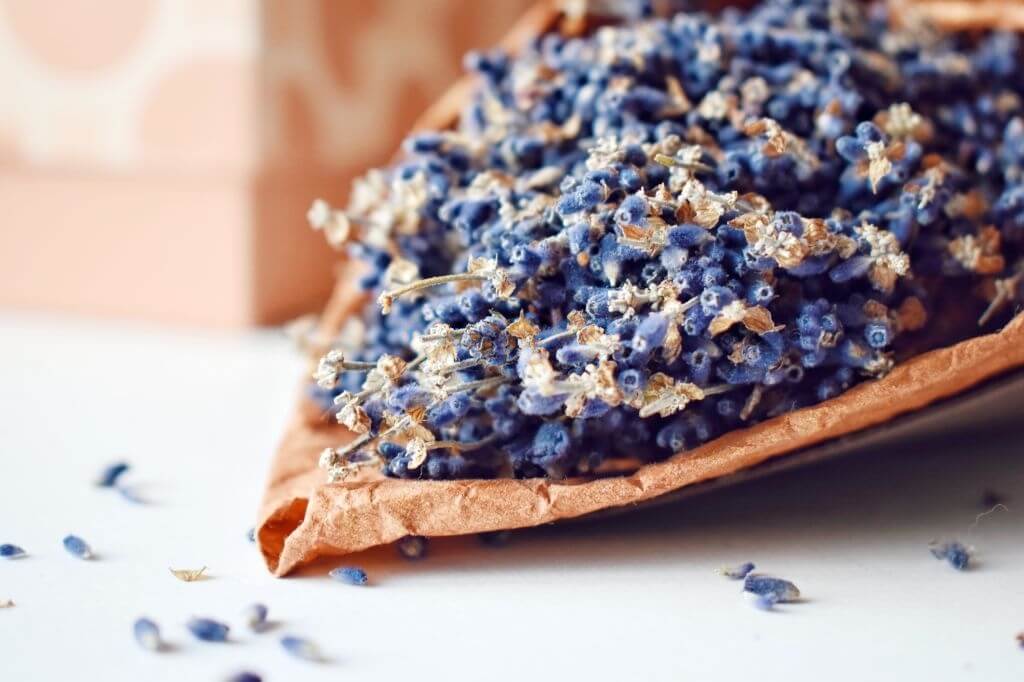 Lavender is difficult to propagate by seed. But if it is not possible to purchase an adult plant or twigs, you can also try sowing seeds.

A critical step is stratification. Lavender seeds must be stored at low temperatures for some time. You have two options here: either plant them right away in the ground or artificially stratify them at the end of autumn. The first method is only suitable for warm climates. With significant frosts, seeds may die. Therefore, it is better to opt for the second option.

For artificial stratification, the seeds must be mixed with a small amount of sand, poured into a container, wrapped in polyethylene, and refrigerated. Keep them there for a month and a half at the very least. Longer is better. Seedlings will appear sooner in this situation. Then, towards the end of the winter, you can sow seedlings in boxes or greenhouses outside (at the end of spring).

When sowing with seeds, it will take a whole year to expect flowering. In the first seasons, seedlings will only develop, increasing the root system. And only after a year, or maybe even two, will they delight the gardener with cute spikelets-inflorescences. 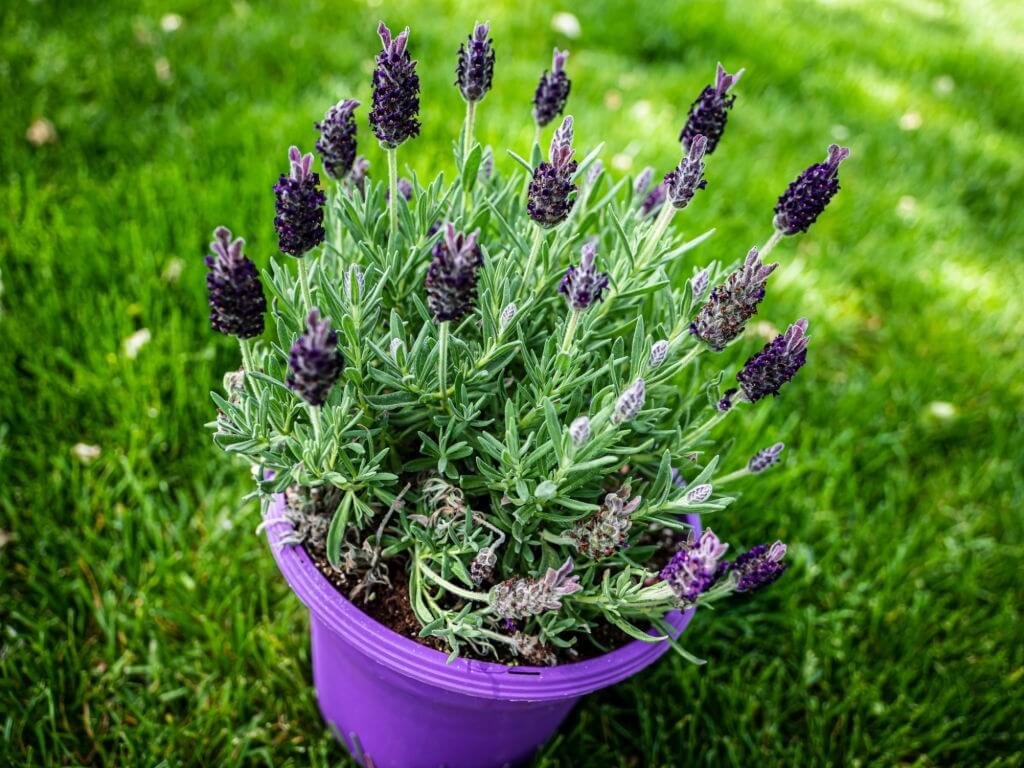 Lavender does not like dense soils. Its roots need good air circulation. In addition, of course, you need to get rid of pest weeds next to lavender. Therefore, loosening and weeding should become a regular procedure.

You can do it more accessible – organize a good mulching layer on the lavender garden. Decayed foliage or decorative multi-colored substrates can be used as mulch. But in any case, near the base of the trunk, the soil should remain uncovered. This will keep the plant from rotting. Watering lavender should be done very carefully.

Excessive irrigation can cause root rot and yellowing of the plant’s aerial section. Drought is also bad for the plant – the lavender will not die, but the flowering will not be as luxurious as we would like. The ideal watering regime is as the soil dries up. 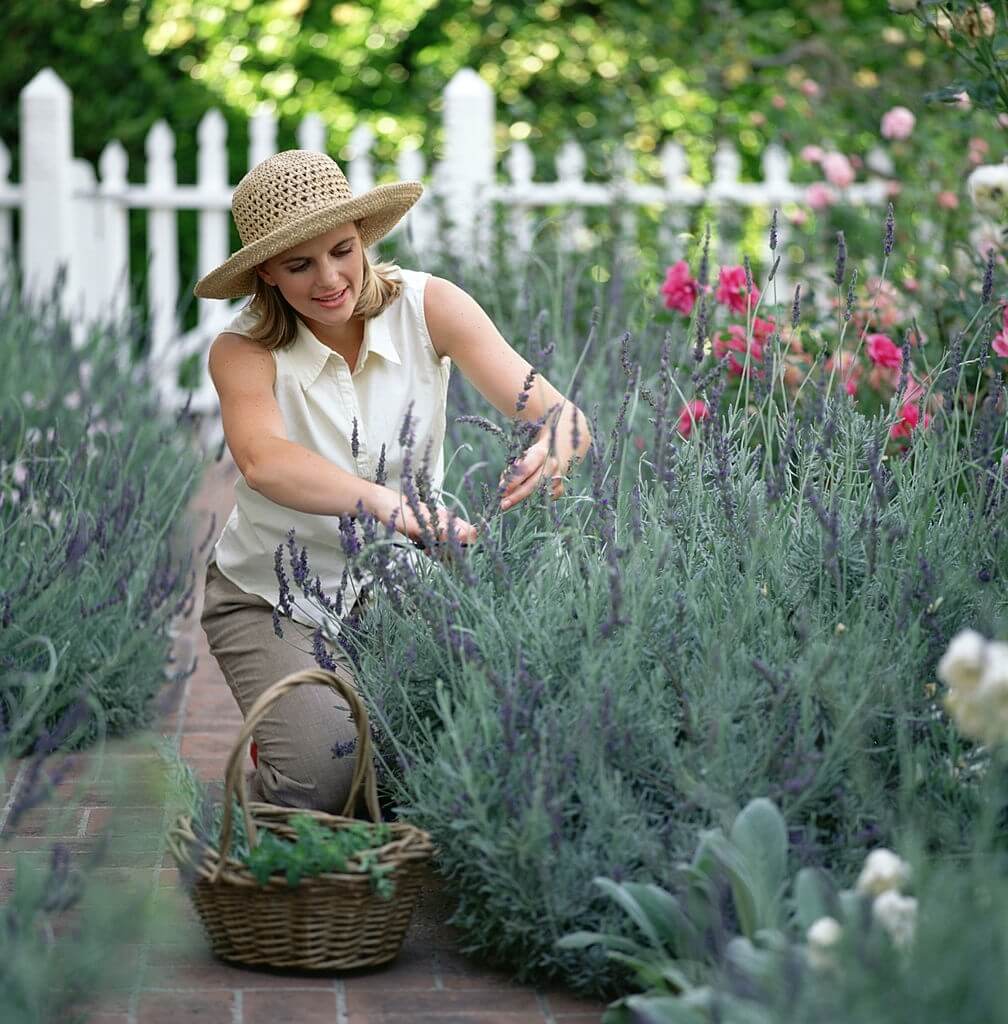 This stage of lavender care cannot be called mandatory. But only by pruning can you achieve the formation of beautiful lush bushes. Therefore, you should not give up a helpful procedure.

The first pruning should be done immediately after the inflorescence spikelets wilt. It would help if you shortened the shoots literally by a couple of centimeters. At the end of the warm season, more drastic pruning is carried out. But here, too, you should not show excessive enthusiasm. If you shorten all the branches to the level of the lignified part, the bush may die. 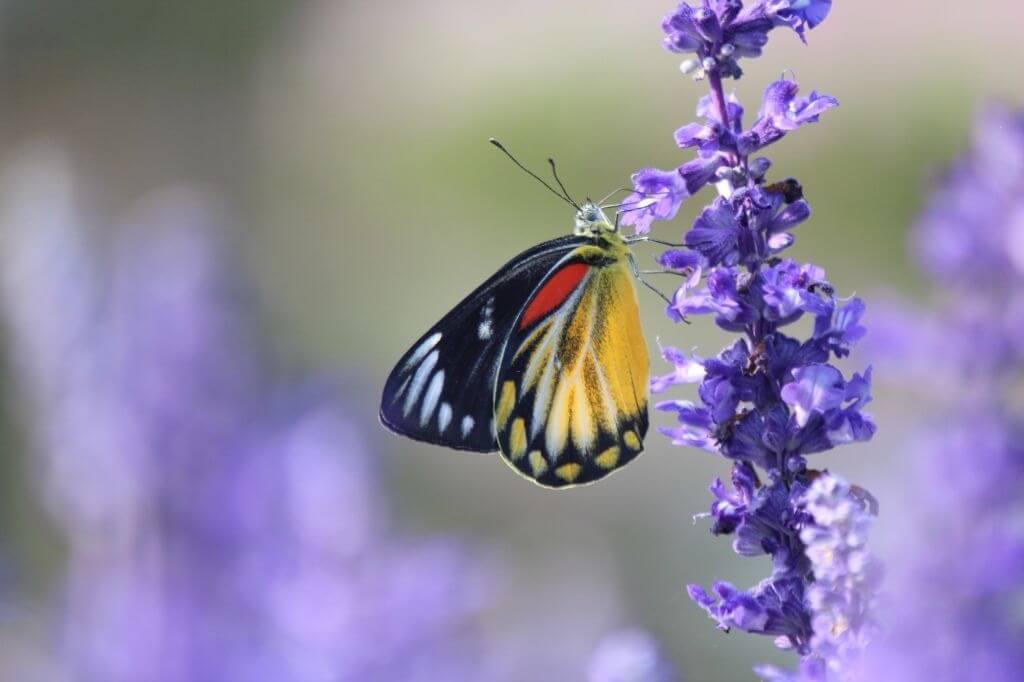 Mineral complexes, which are sold in all garden and flower shops, are excellent fertilizers for lavender. They should be applied during the beginning of flowering. Concentration – 2 tbsp. spoons in a bucket of water. With the resulting solution, you need to shed soil around the perimeter of the bushes.

Nitrogen fertilizers are responsible for the development of green mass (2 tablespoons per bucket). Therefore, they are indispensable at the beginning of the growing season (growth). But in the second half of the summer, it is forbidden to use them. Under the influence of nitrogen, the growing season is significantly extended. As a result, there isn’t enough time for the plant to prepare for the winter. Fertilizers can be abandoned entirely if there is a thick layer of compost mulch under the bushes. Decomposing under the influence of external factors will supply the plant with nutrients throughout the season. 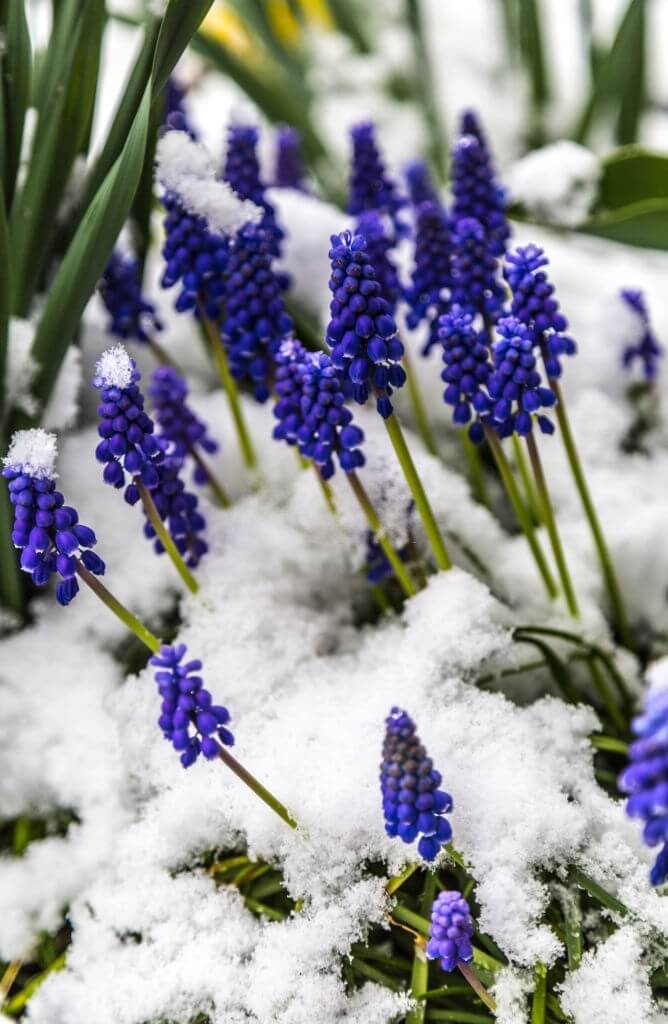 For lavender bushes that have to spend the winter outdoors, a safe hiding place can be organized. True, in warm climatic zones, you can do without this. According to experts, lavender will survive the winter well, even if the temperature drops to -25 ° C. If frosts are expected stronger than this mark, insulation is necessary. Furthermore, it will not be unnecessary to be cautious if the winter does not produce much snow.

At the end of the season, lavender bushes are pruned. Branches are laid on top of the garden bed (best of all from conifers ). But the usual insulation in the form of a layer of foliage is not suitable. Lavender can rot under it.

In general, caring for lavender is not as difficult as it might seem at first glance. Using compost mulch will eliminate weeding, loosening, and top dressing. Therefore, the gardener will only have to cut the bushes promptly to grow strong and bloom profusely.

Many people associate lavender bushes with a constant purple color. The shades of different varieties conquer with variety. There are specimens with blue, white, pink, and even greenish colors. And this is just the primary palette. And the shades of inflorescences-spikelets are even more. But color is not the only difference between different lavender varieties.

According to the generally accepted classification, there are two broad groups 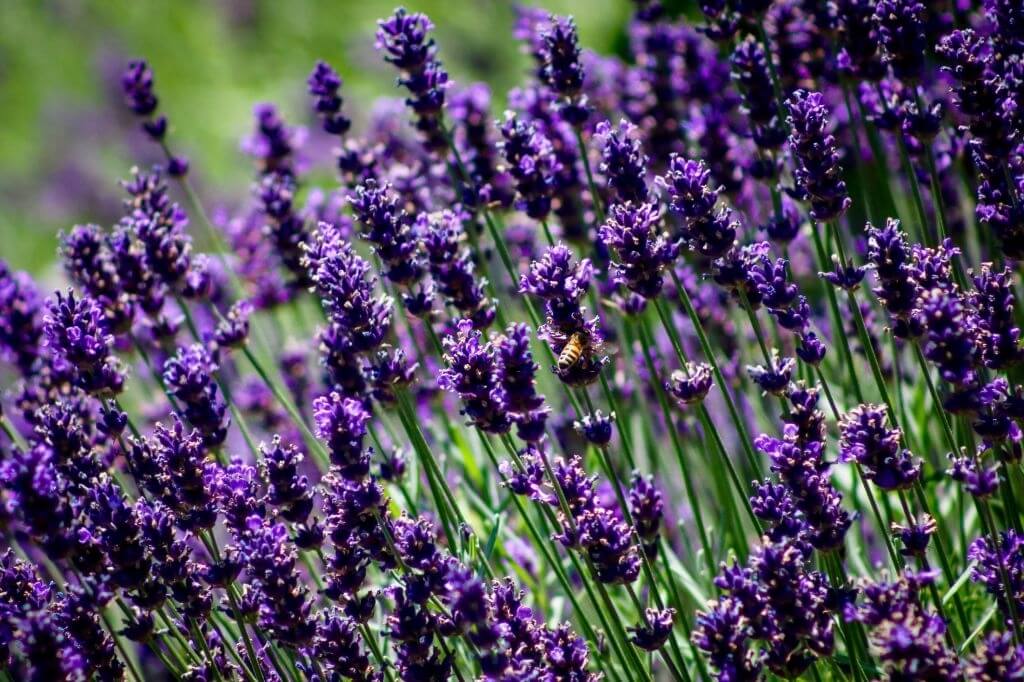 It is the owner of narrow leaves and elongated spikelets-inflorescences. It is worth noting that it is this type that has received the most widespread use. Such varieties quietly winter in the middle lane, not needing to be dug up in late autumn. 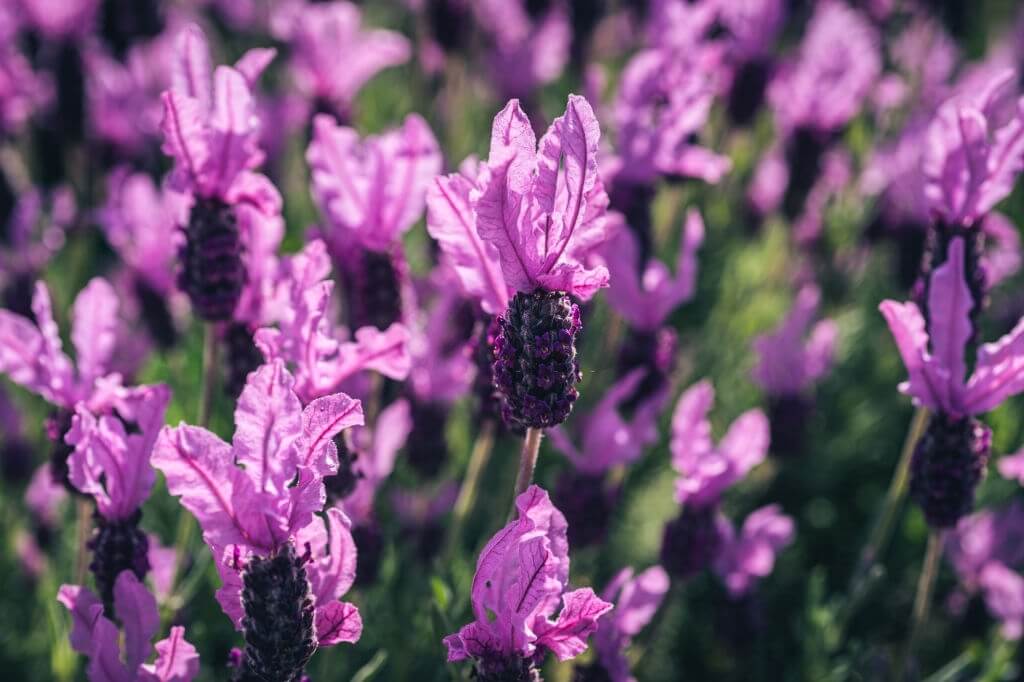 It is a more capricious plant. Outwardly, it is similar to the previous species, but its leaves are more comprehensive, and the inflorescences are shorter. They were traditionally used as pot culture. After all, even minor frosts down to -15 ° C can instantly destroy the plant.