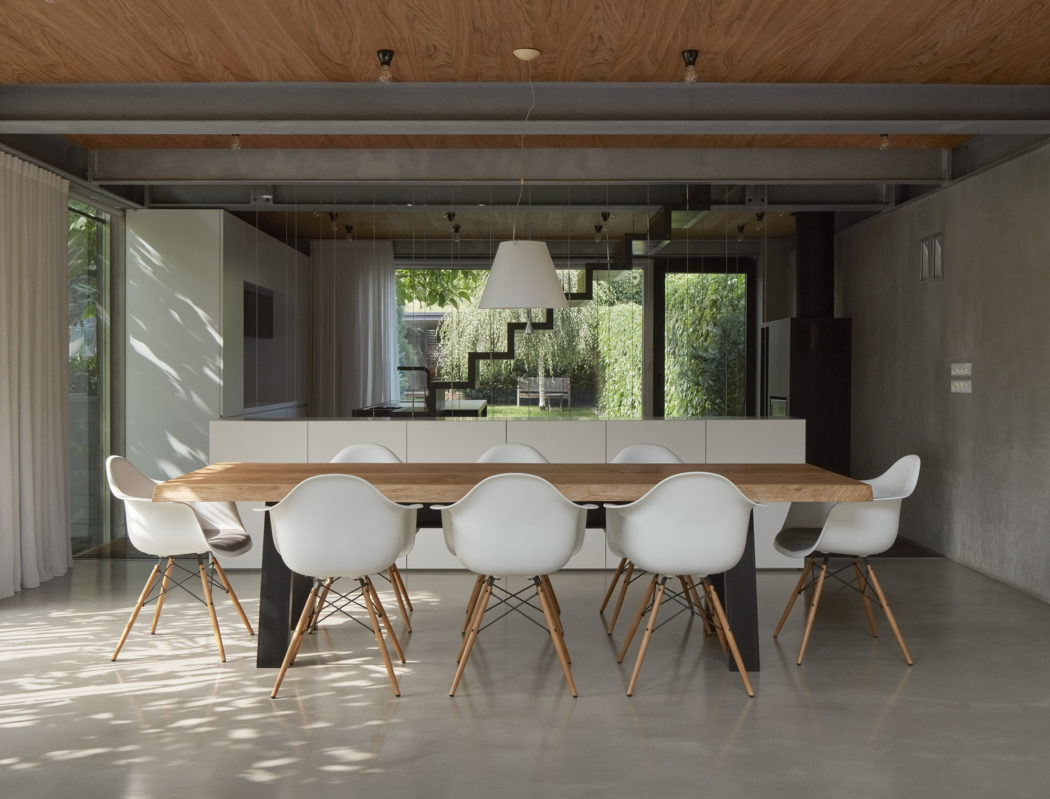 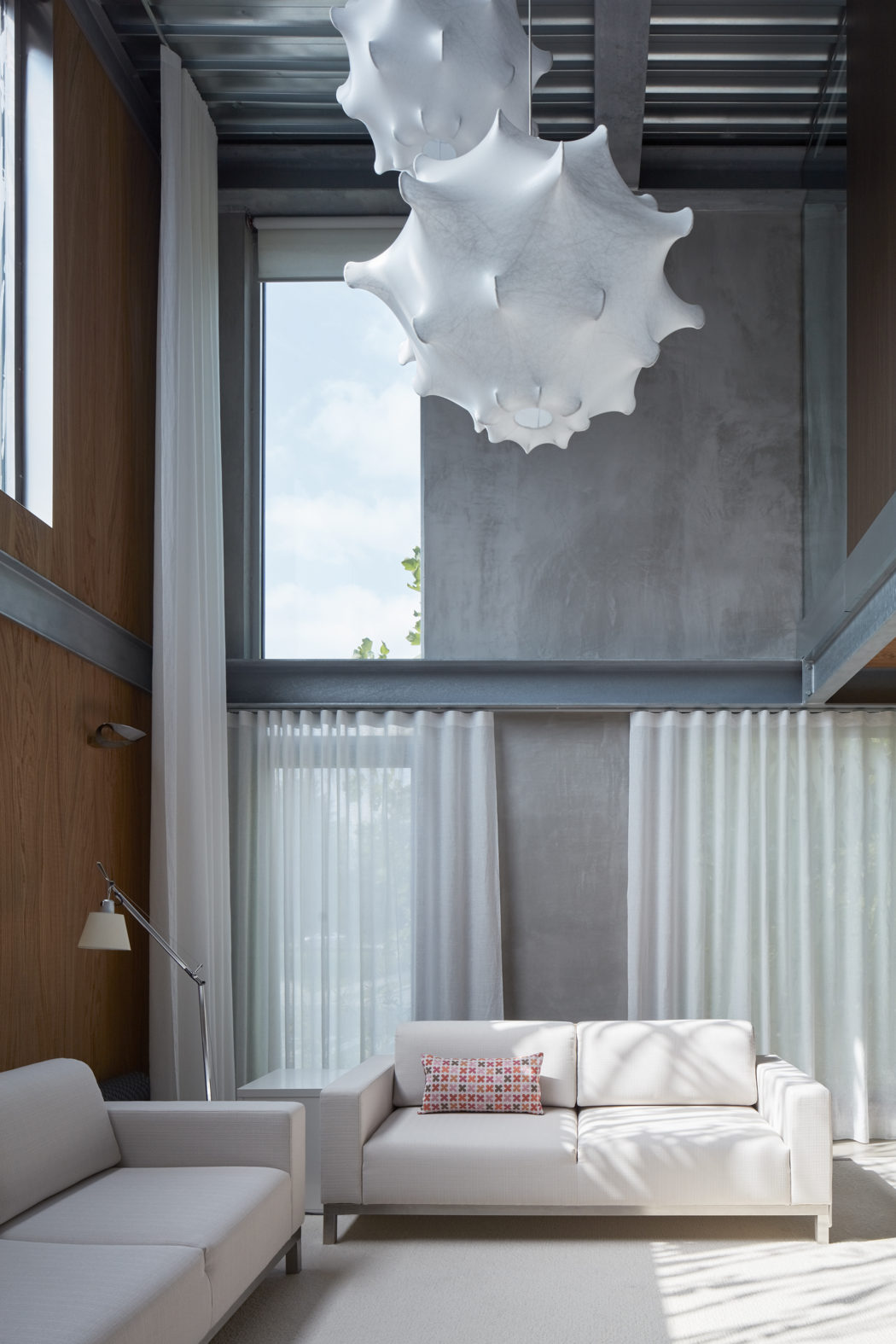 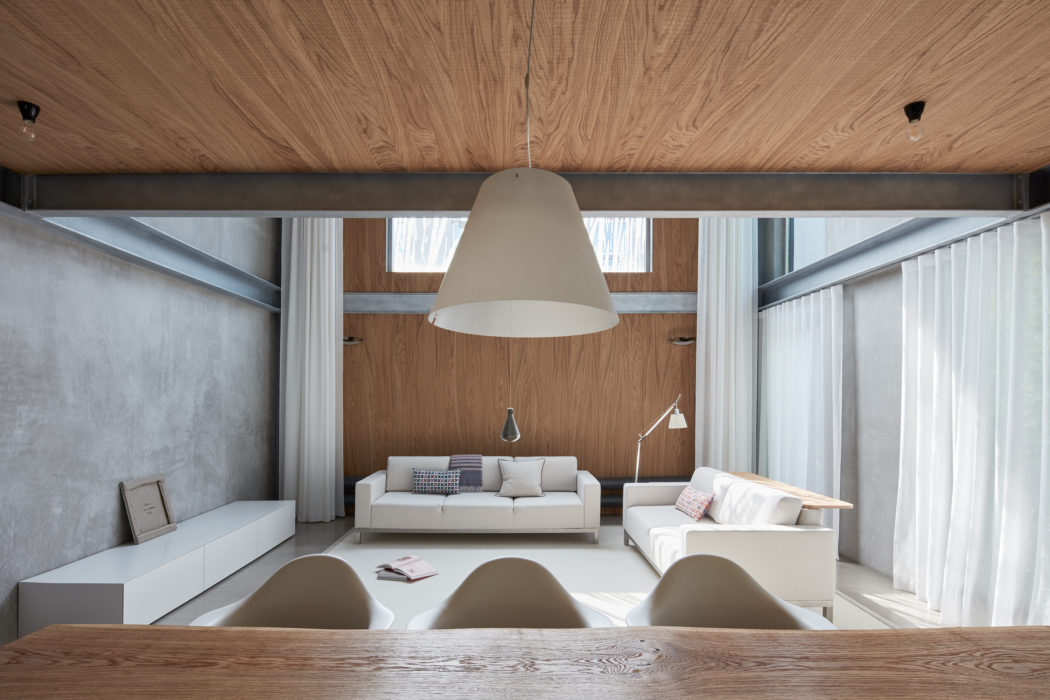 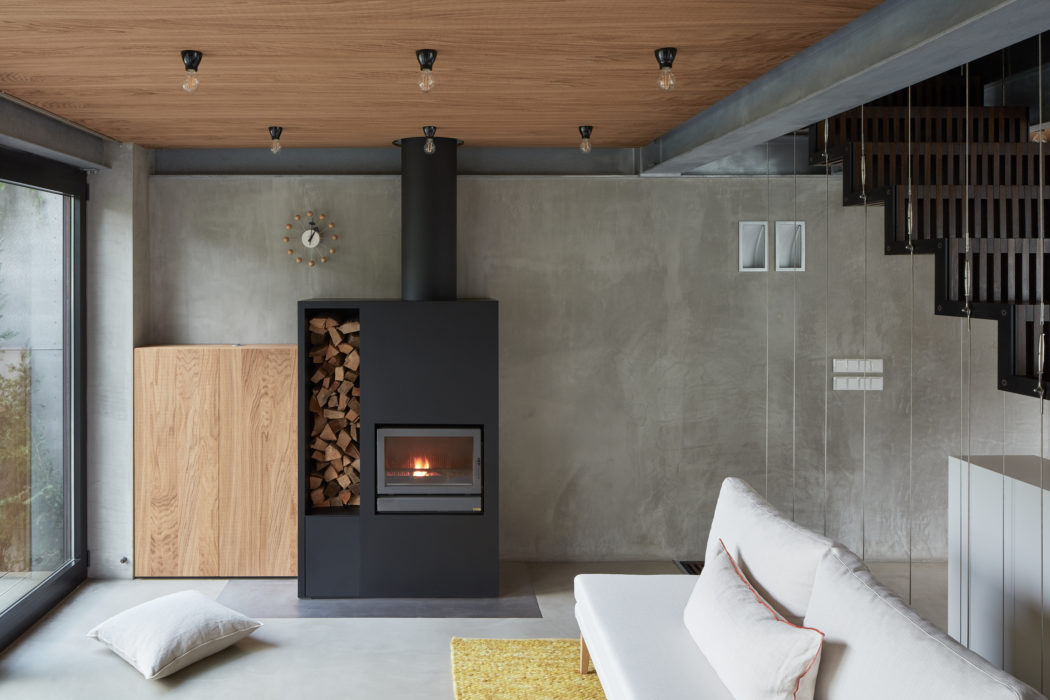 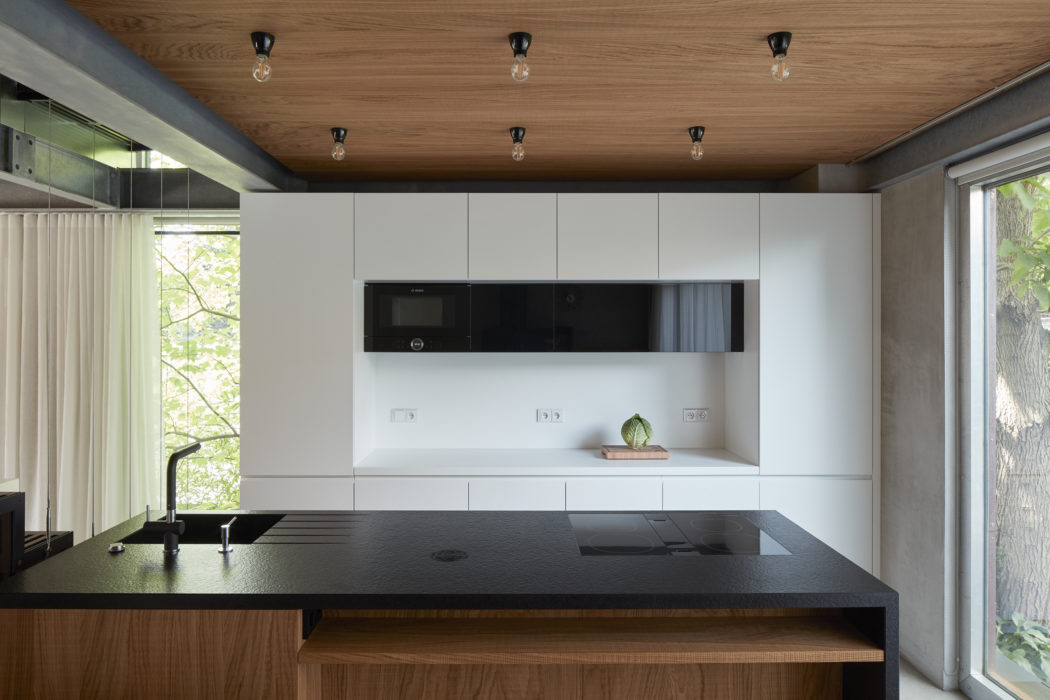 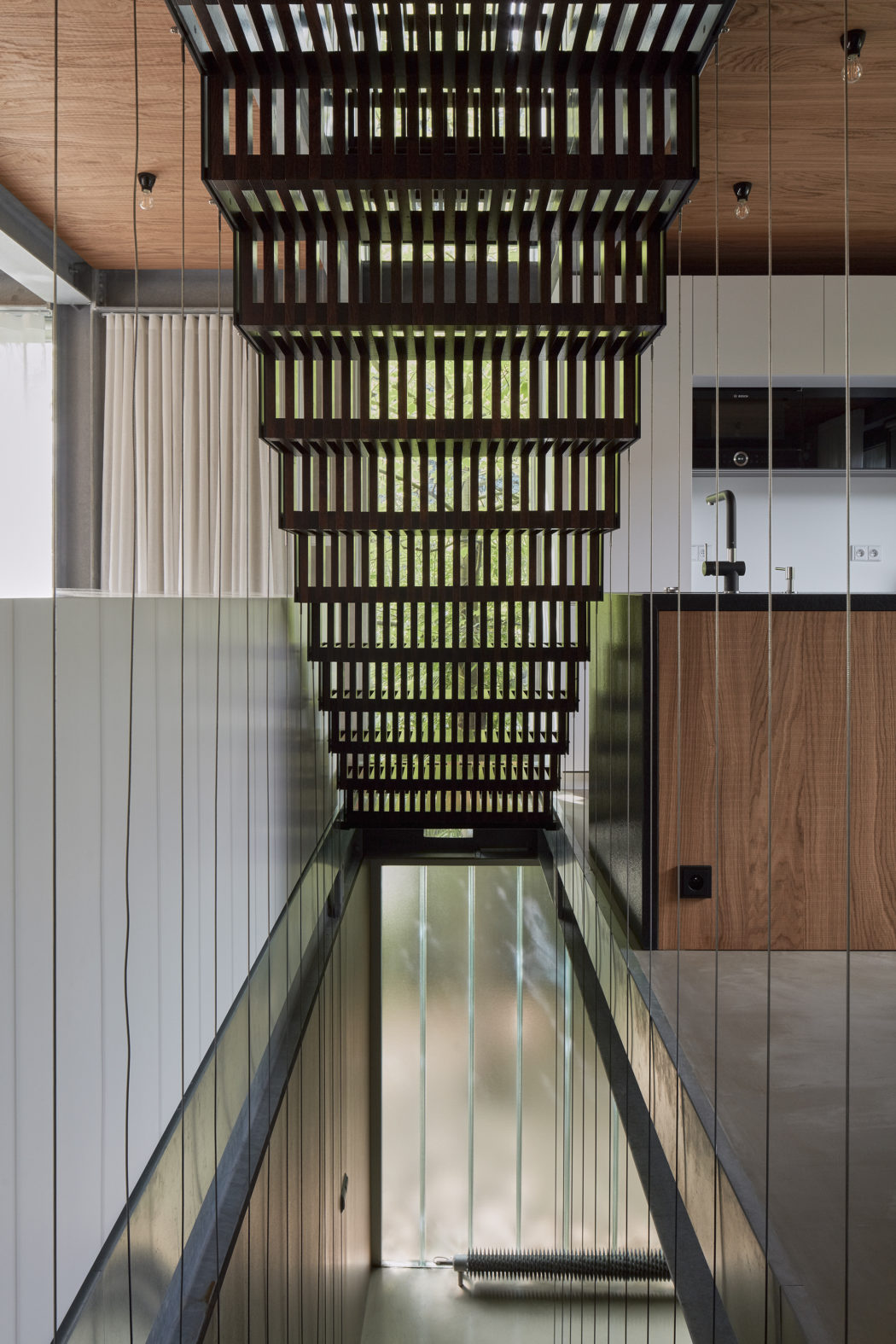 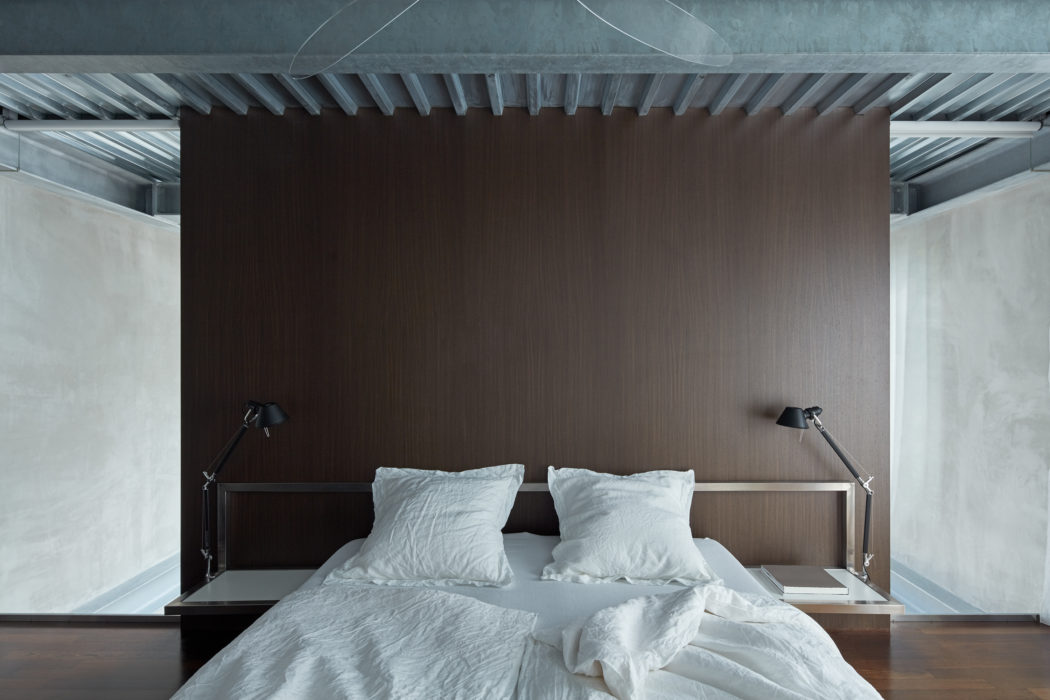 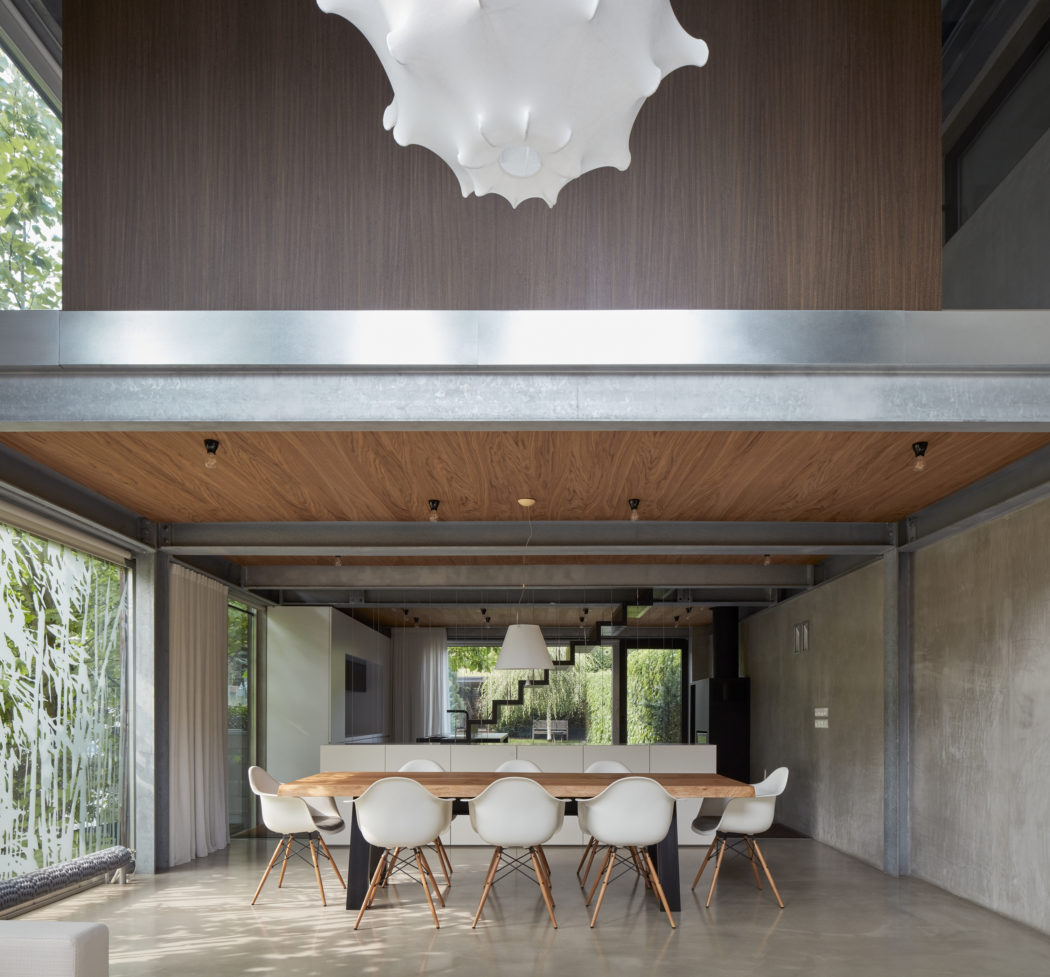 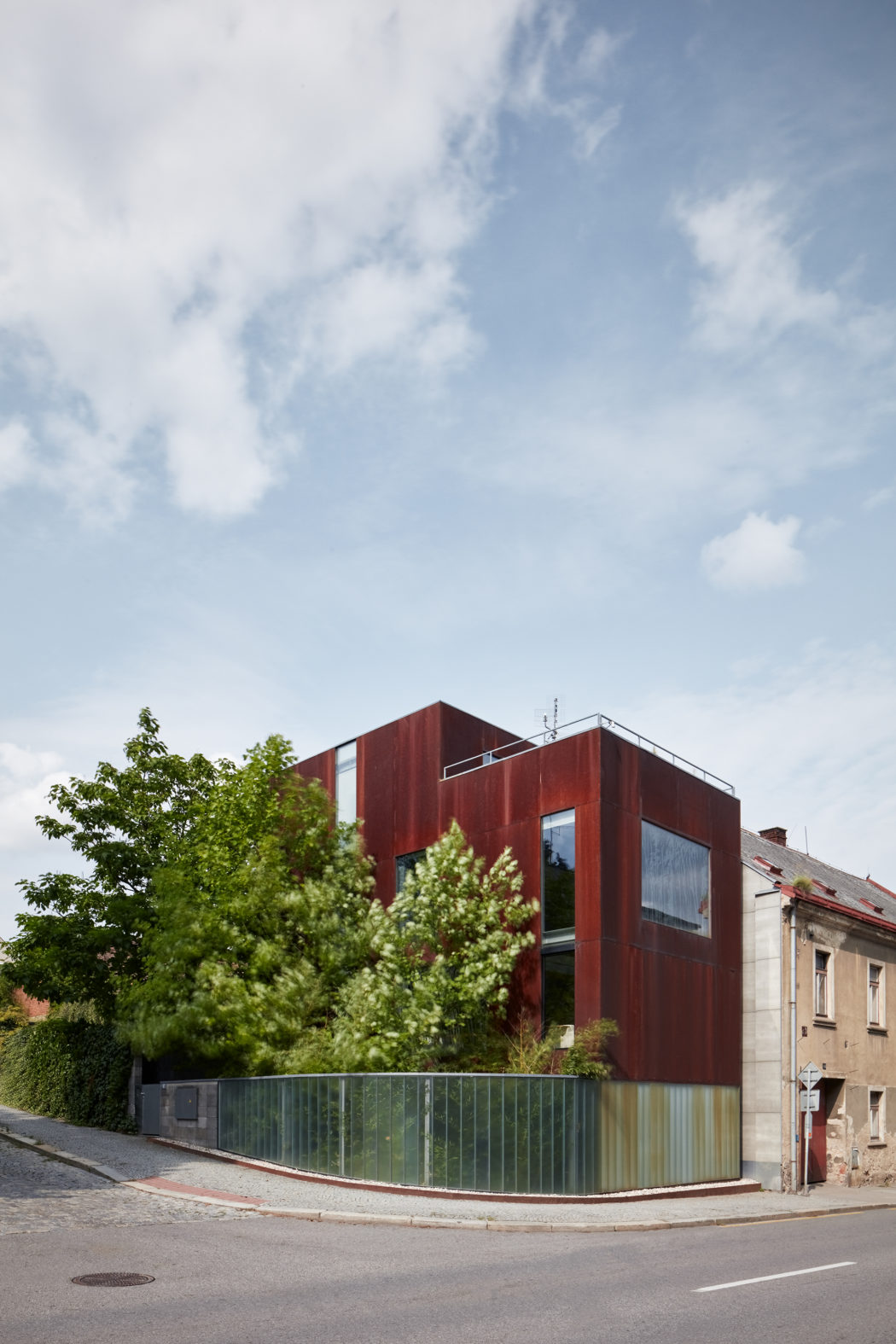 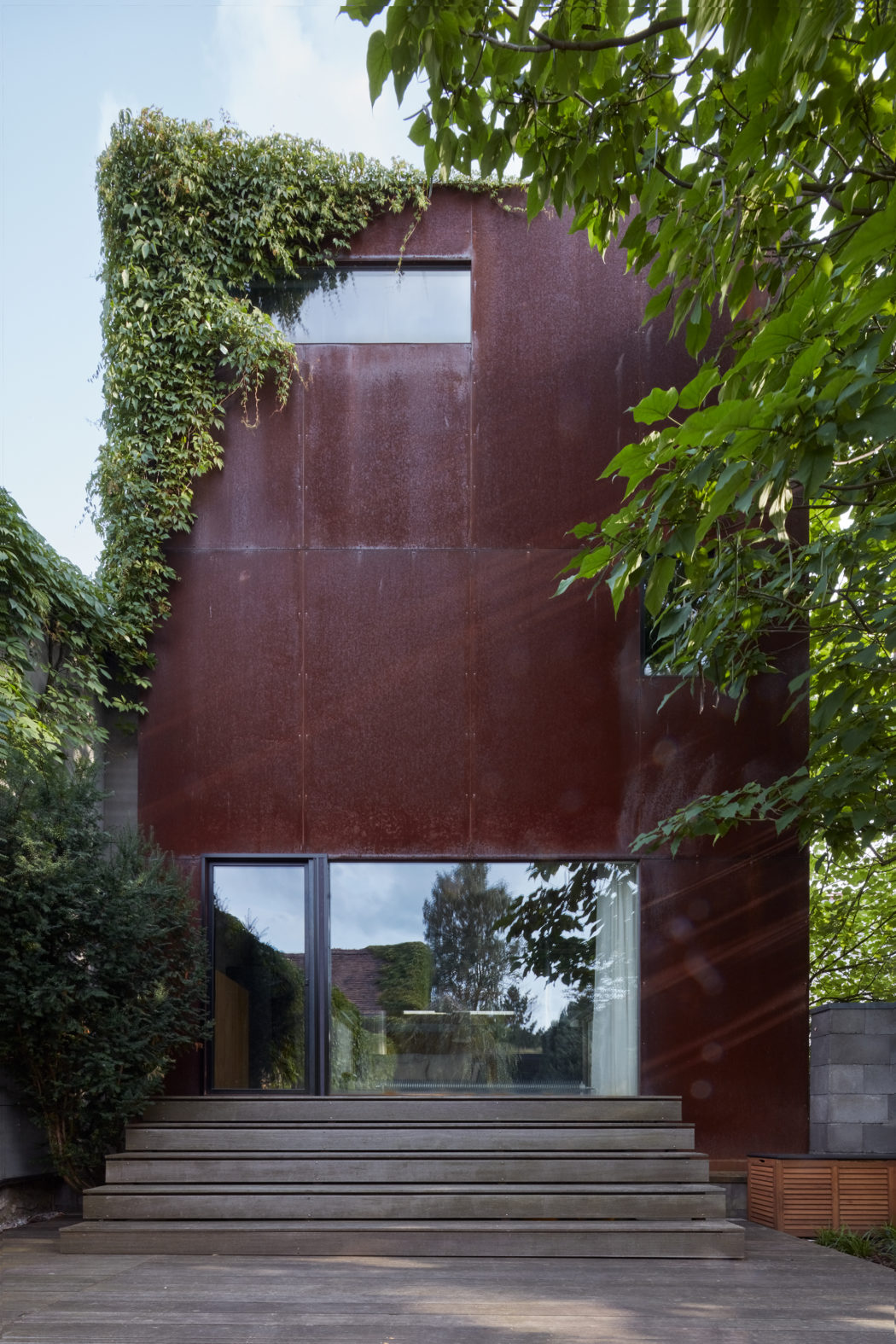 Built in the small town of Humpolec in the Czech Republic in 2005, the now iconic Rusty House demonstrated the possibilities of working with a relatively small and tight parcel with numerous limitations.

The house was built with exposed materials in their raw state: polished concrete floors, an exposed galvanised steel structure forming the basic axis of the house, corrugated sheet metal covered with concrete for the ceiling and a concrete screed as the final wall finish. The entire exterior of the house is clad with pre-rusted sheet metal (CorTen). The landscaping of the garden forms an integral part of the project, and therefore, after being originally shunned by the public, the house naturally blends into the neighbouring line of homes. Thanks to the mature trees planted around the house, it has become virtually invisible.

After living in the house for 12 years, the owner decided to renovate the interior and to ‘soften’ the original ‘rawness’ on the main floor of the living space. Additional layers were added to the interior for both aesthetic and functional reasons. The basic parameter that had to be improved was the acoustics of the interior. All of the hard and reflective surfaces in the minimalistic interior were modified, and the acoustics of the space were improved considerably by the installation of oak ceiling panels. The wood is scored with perpendicular lines, creating an unusual impression consistent with the certain austerity of the house. New drapes also increased the acoustic comfort and intimacy of the space.

Other changes were focused only on the redesign of the interior. The majority of new elements were custom-made based on designs produced by the architecture studio responsible for the original and new concept. The new kitchen cabinets replace older, functionally obsolete types, while the new fireplace insert reflects the latest trends in heating. The entire lighting and control of the house underwent a major change from both an appearance and energetic perspective. The heating system was technically improved as well.

The owners don’t perceive the renovations as a reconstruction but rather as added functional layers applied to the original raw structure; the old and the improved complement one another and form a harmonious, new whole. ‘It’s fantastic that the house is able to naturally respond to new demands and ages or matures with us’, noted the satisfied owners.