Romania: More than just the myths

As much as I hate to admit it, we went to Romania with one thing in mind. We’ve all heard the stories about the ruthless Vlad the Impaler – the inspiration for Bram Stoker famous novel. We love a good horror story, so what better place to visit then the home of Dracula himself? 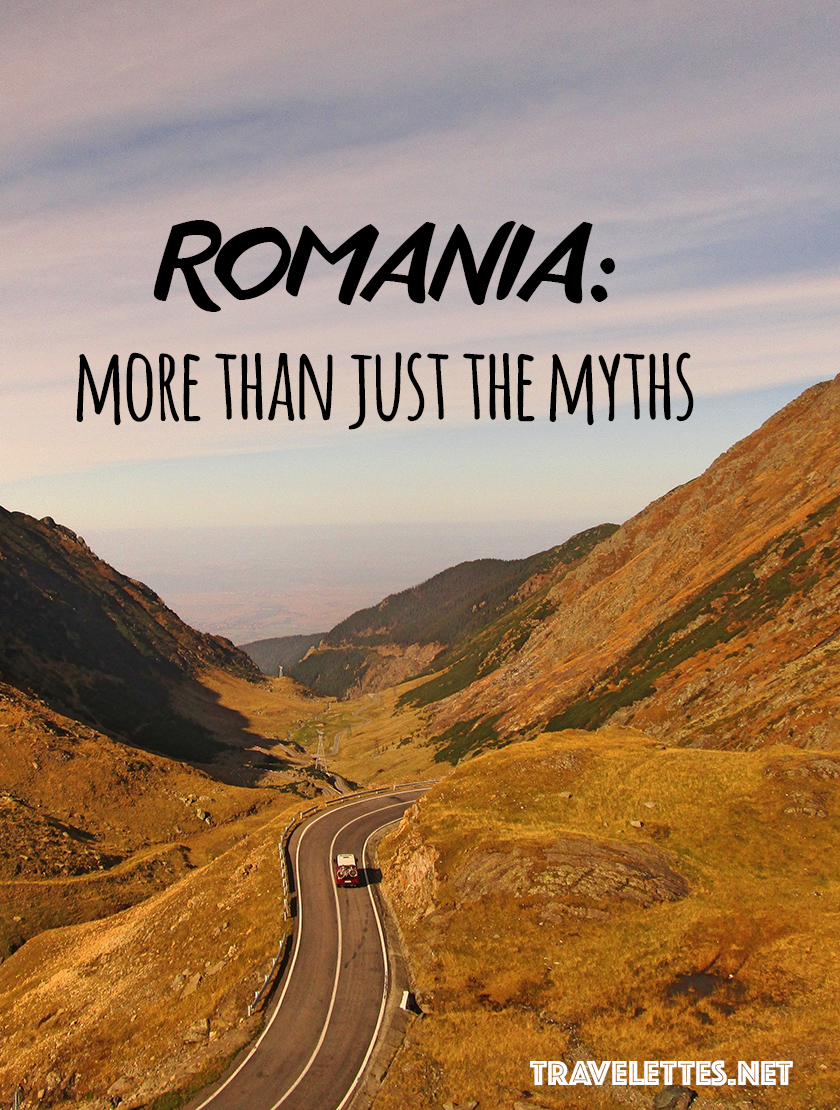 We left the sunshine of the Bulgarian coast to arrive in the country’s capital, Bucharest, in the rain. Digging through our backpacks to find our coats that we hadn’t needed in months, we set off to find our hostel. When we’d mentioned we were stopping off in Bucharest to other travelers, most of them advised us to travel through. That first night I could see why. But everyone knows you can’t make a judgment when you’re tired and cold, and the next day Bucharest won us over -so much so we ended up staying nearly a week. 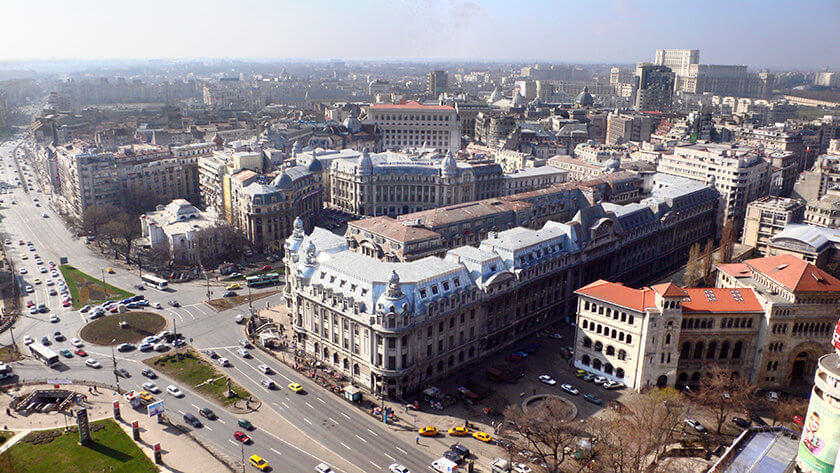 While there, we went on one of the many free walking tours offered. Our guide, Micky, told us of the history of Bucharest. Of course, she mentioned Vlad, but she mainly concentrated on the city’s communist past. I don’t know if it was just my school or if all UK history lessons are so lacking, but I was ignorant to the problems that Romania had faced in the 80s and 90s. I learned so much from Micky in the few hours we spent with her. She thoroughly earned the tips that fund the free walking tour she and her colleagues offer.

Dodging the rain, we visited the beautiful Carol Park. The small market that lines the entrance on a Sunday morning lured me in with all sort of unusual trinkets. I fell so in love with one painting I ended up carrying it around in my backpack for the next 3 months. Not my smartest idea, but it does look wonderful on my wall back home. 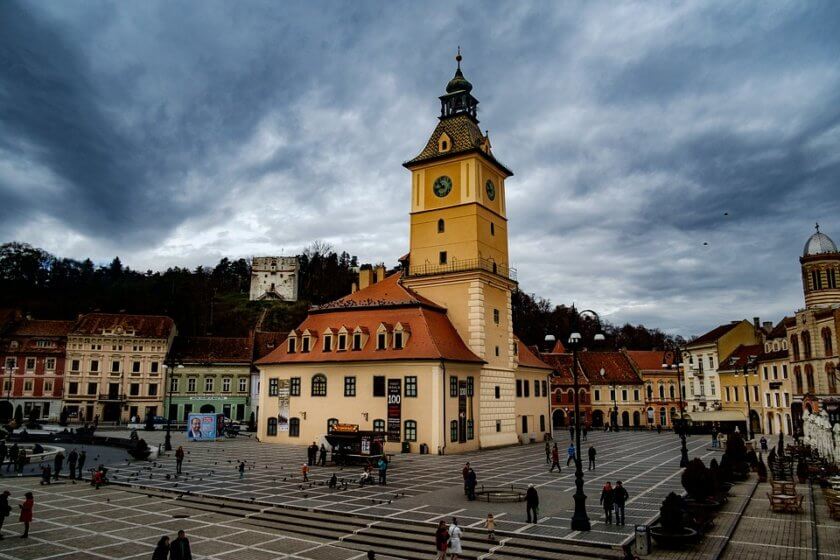 Leaving Bucharest, we traveled to the town of Brasov. There’s no denying the cobbled streets, colorful houses and café-lined town hall square are remarkably pretty. While Romania’s meat-heavy dishes might not appeal to vegetarians the soup here was delicious, and after trekking up Tampa mountain, which looms over the town, it’s exactly what we needed.

Even here in Transylvania, there was no sign of anything remotely vampire related – until our visit to nearby Bran Castle that is. Said to be the inspiration for Bram Stoker’s novel, he never actually saw the place himself, and the stories of Vlad the Impaler staying here seem a little hazy too. Nonetheless, we excitedly set off in the hope of seeing some true horror at last. In truth, the castle left us a little underwhelmed, as did the surrounding area full of market stalls selling various Dracula merchandise. 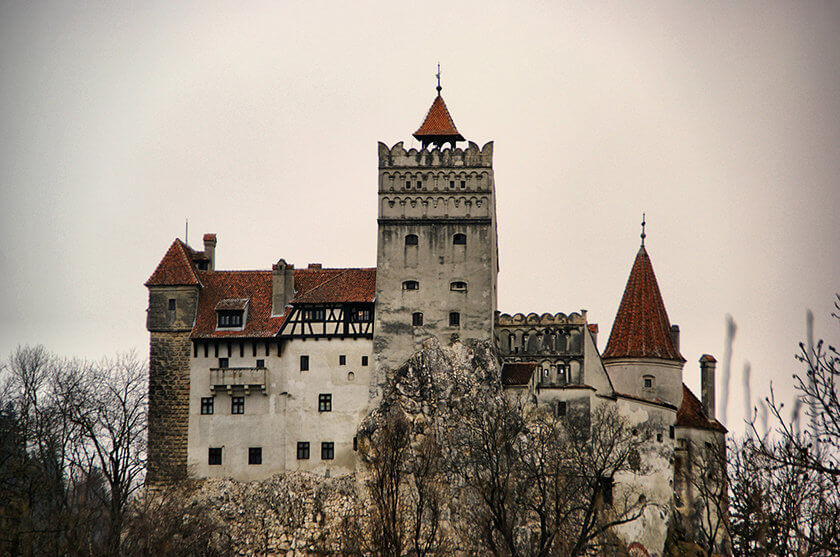 Our host, Sarah, didn’t seem too surprised by our disappointment. “But so many people go!” she (quite rightly) pointed out. The castle was full of complaining tourists; but we’d all paid to get in, as well as spending a small fortune on Vlad mugs and Dracula tea towels too. And what’s the harm? We got to pretend to be vampire hunters for a few hours and the Romanian economy surely benefits from the tourism it generates. Sarah seemed a little more torn. She explained how Vlad III is big deal in Romania. While the rest us read about a cruel blood thirsty murderer, here he’s seen as a respected leader who saved the country from the Ottomans. There’s no denying that some of the tourism doesn’t reflect the respect that a lot of Romanians have for him. 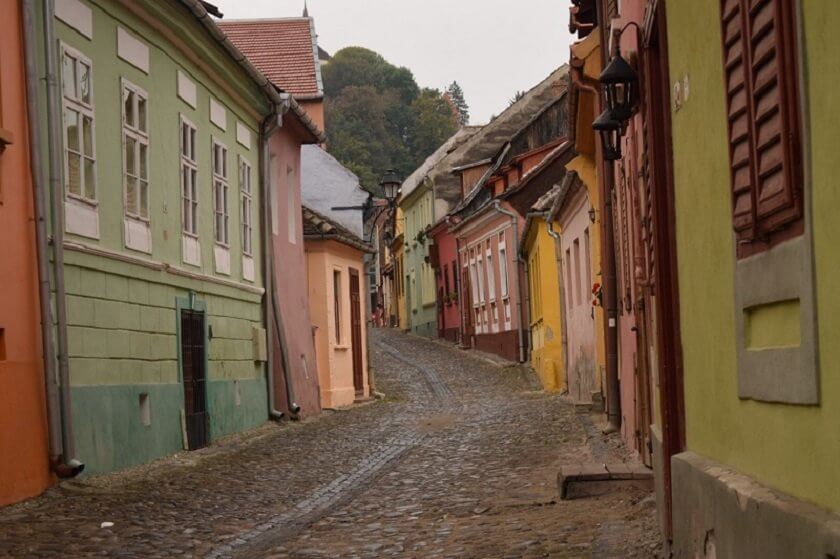 Afterwards, we traveled to Sighişoara, the birth place of Vlad. The town is split into two, the new town and the old Citadel; all of which is as UNESCO world heritage site. Here you can visit the house where Vlad was born. Now a bar, it’s every bit as bizarre as you’d imagine. After paying the bartender we were lead up a flight of stairs by a fed-up looking man who pointed through a curtain and left us to it. The foreboding music and flickering candle light told us we were in the right place. Sure enough, a coffin lay in the middle of the room where an equally bored looking man, although this time in cape, launched himself out. Laughter probably isn’t the reaction they were hoping for, but I’m sure they’re used to it. 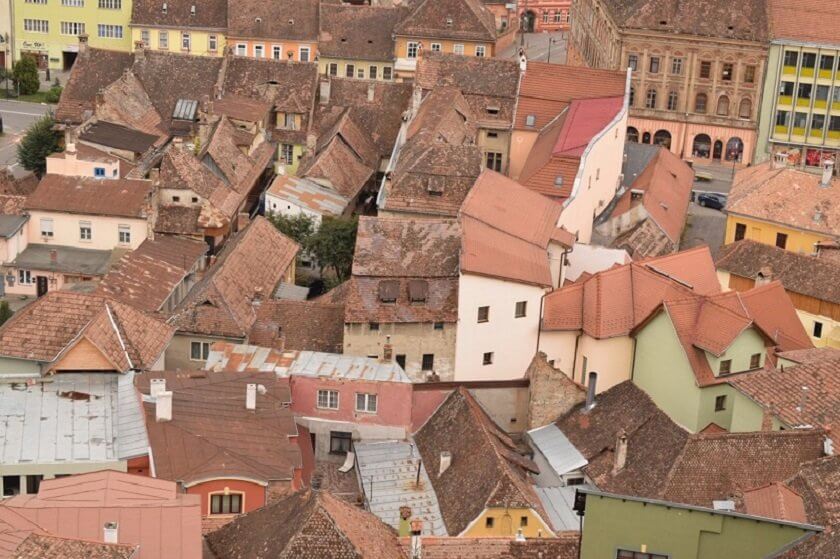 Sighişoara is a beautiful place with lots of interesting things to see, this just wasn’t one of them. Our host, Alex, was a little less understanding of our vampire hunting urges than Sarah had been. “Why waste your time?” she said when we told her of our experience. She was right; it was a waste of time. Though we stayed in Romania for another few weeks, that was the last we saw of anything vampire-related. 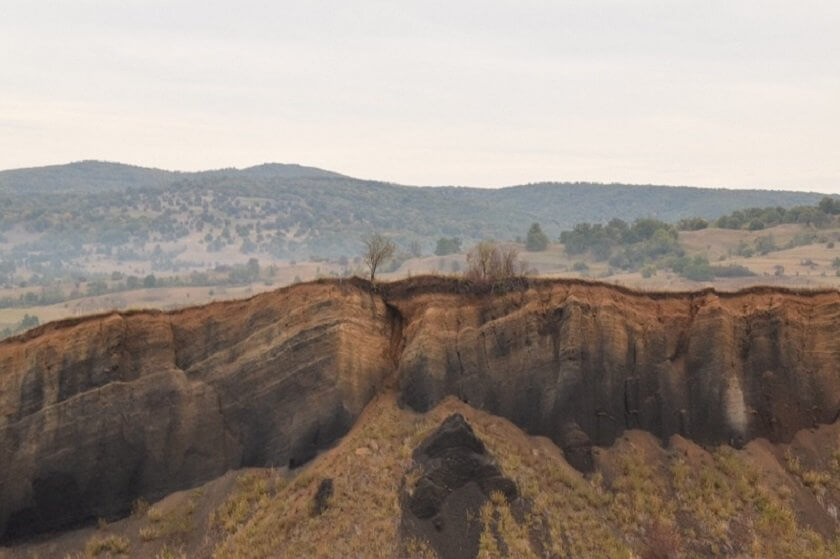 We had my favorite day of our trip not long after, in Racos, a village not far from Brasov. Walking up the winding road the led past the houses and farms we reached a crater, left behind from a volcano eruption thousands of years ago. We spent hours exploring in eerie silence; it was truly quite creepy, with no vampires in sight. It seems that Romanians know that the country has so much to offer, that the Dracula thing is merely a touristy distraction. In fact, they all seemed a little bored by it all. Perhaps, by now, those of us who visit the country should be too. 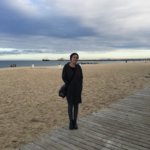 Chloe is 24 years old, from South Yorkshire in the UK. She has recently returned home from a 6-month trip around Europe with her boyfriend. When she isn’t working or studying, she can be found cycling around the beautiful Yorkshire countryside with her camera by her side.