Roble 3.6 House is a located in Querétaro City, Mexico, designed in 2021 by Pothe Estudio. 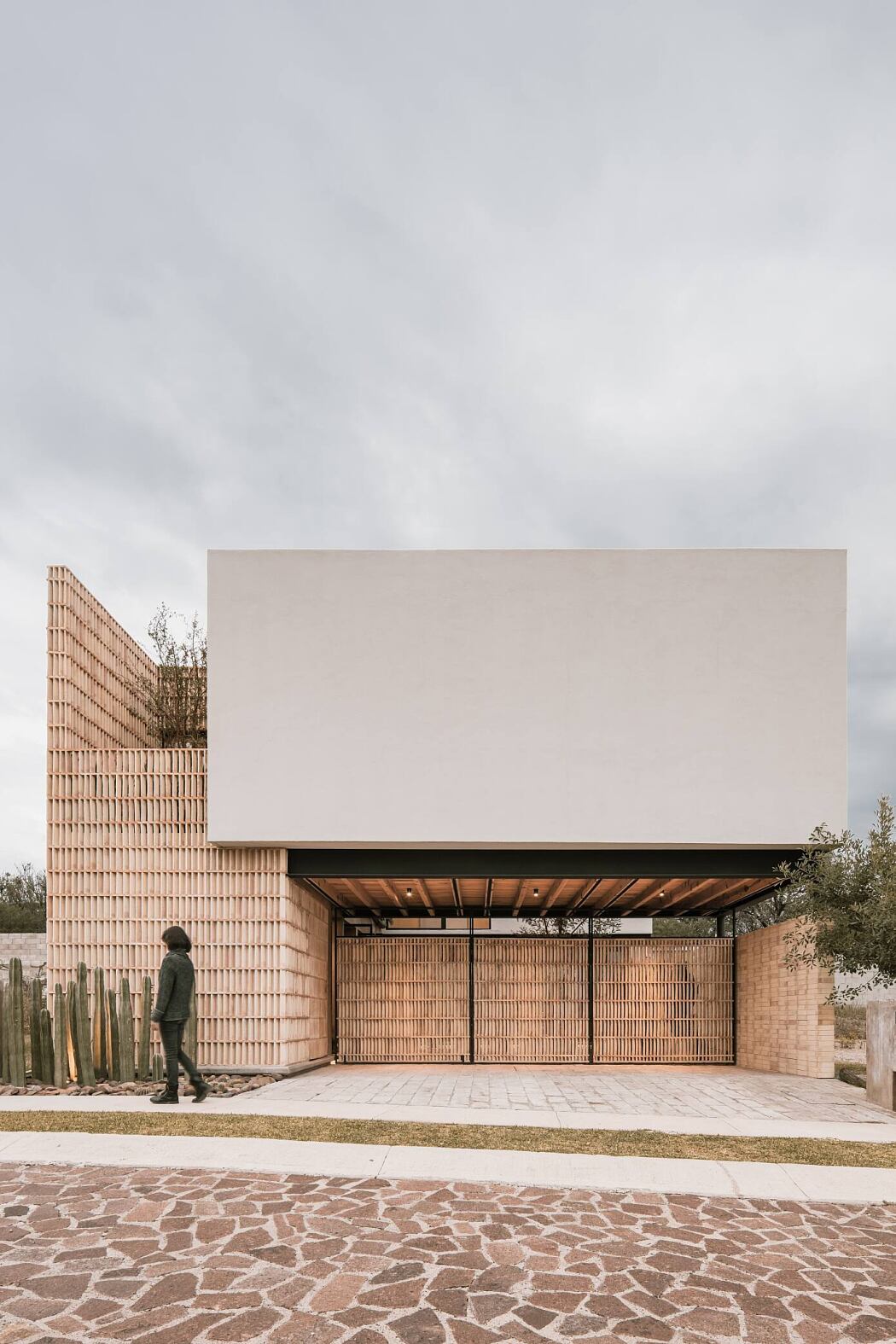 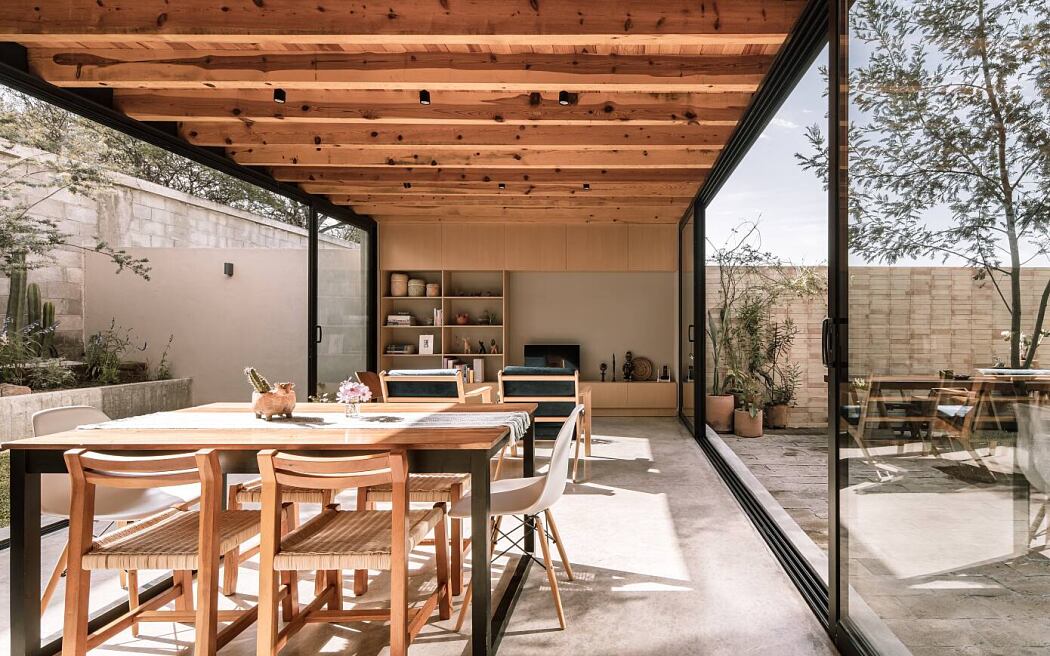 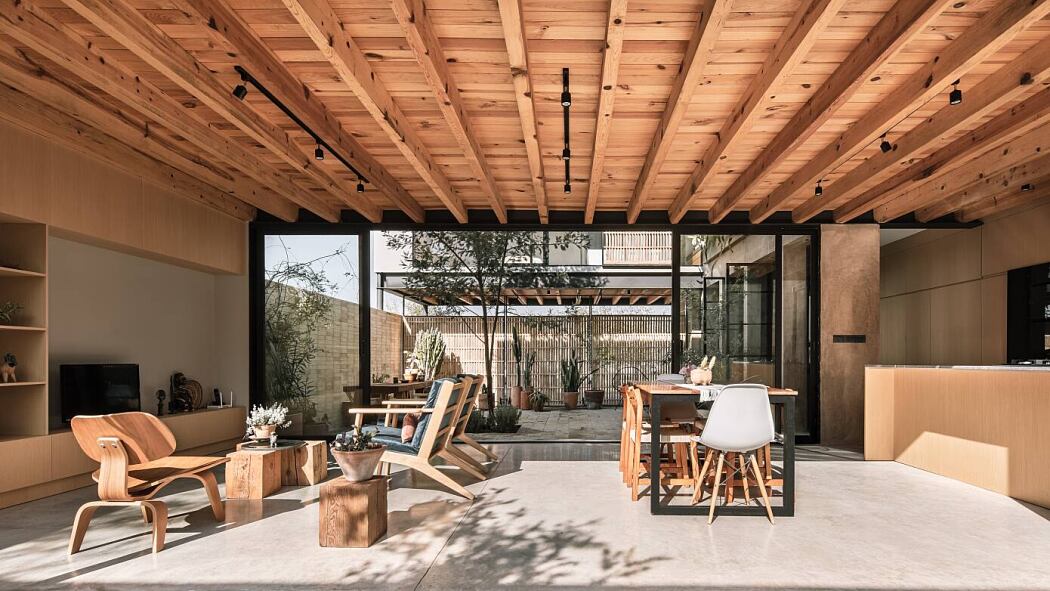 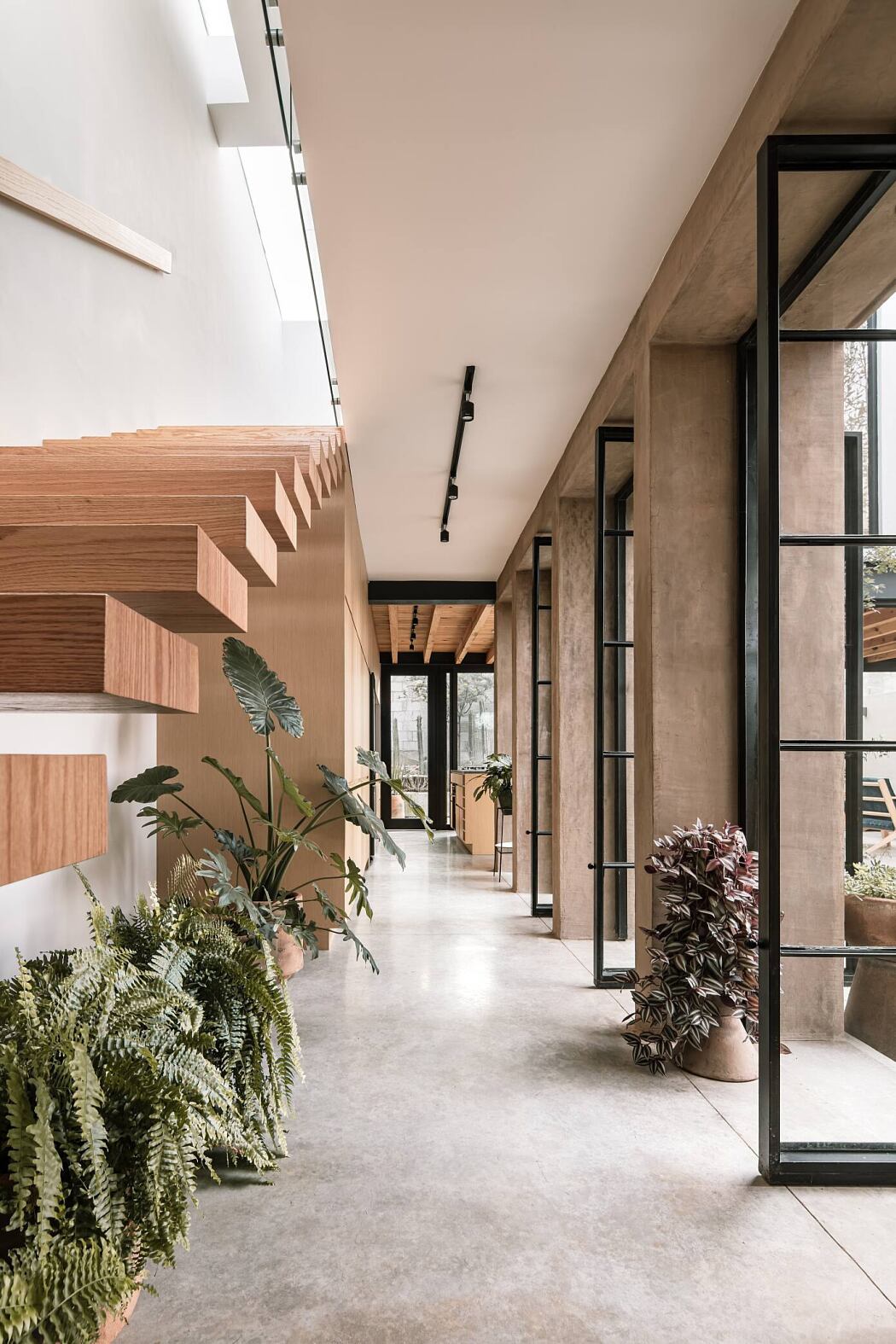 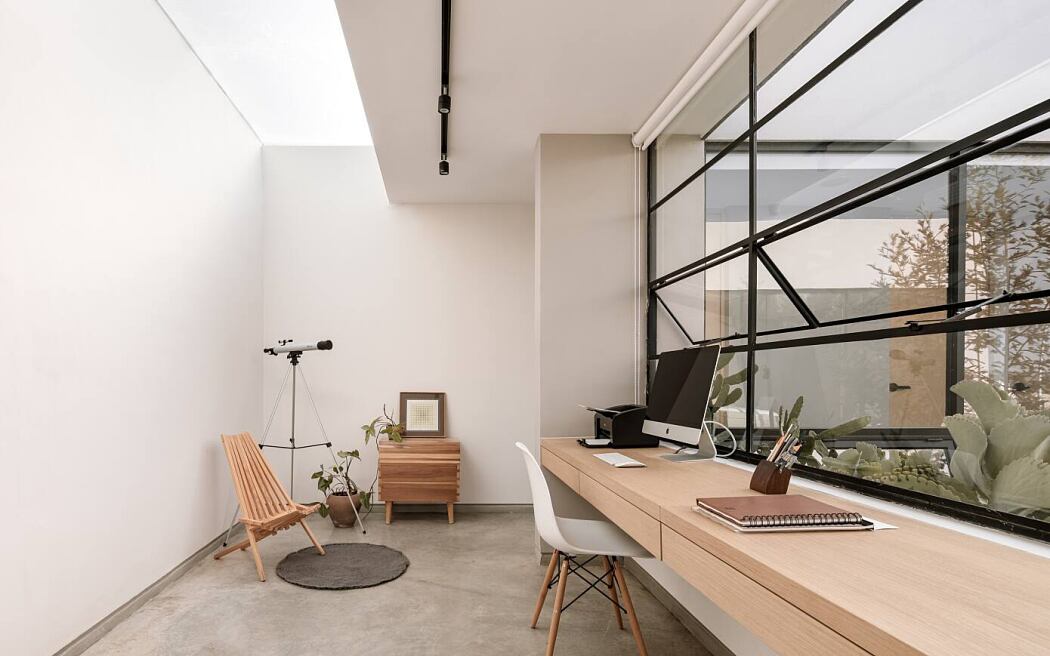 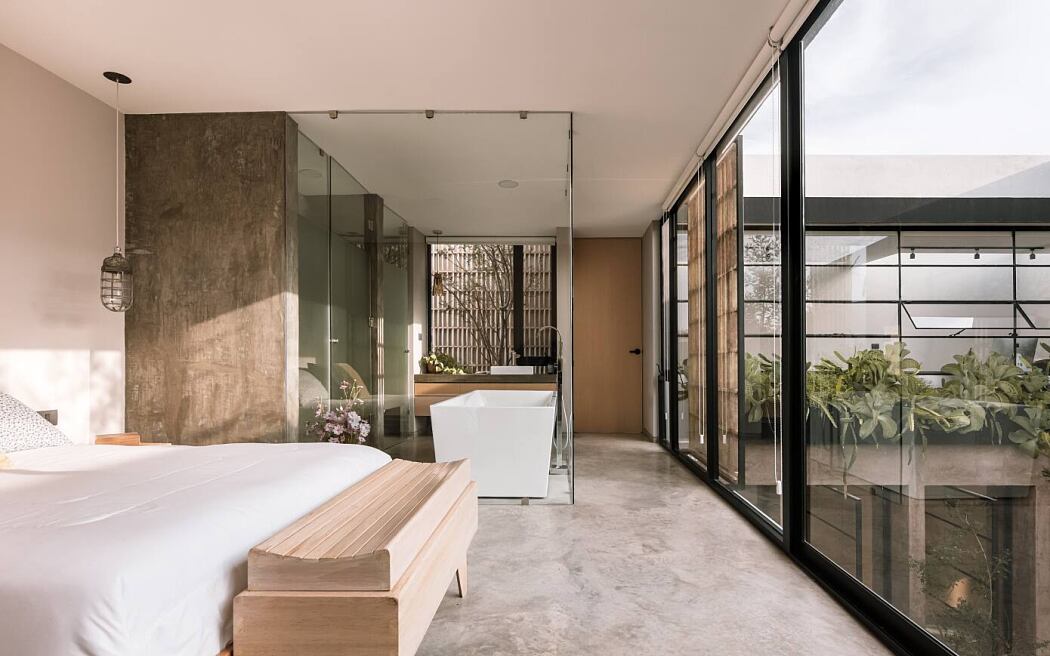 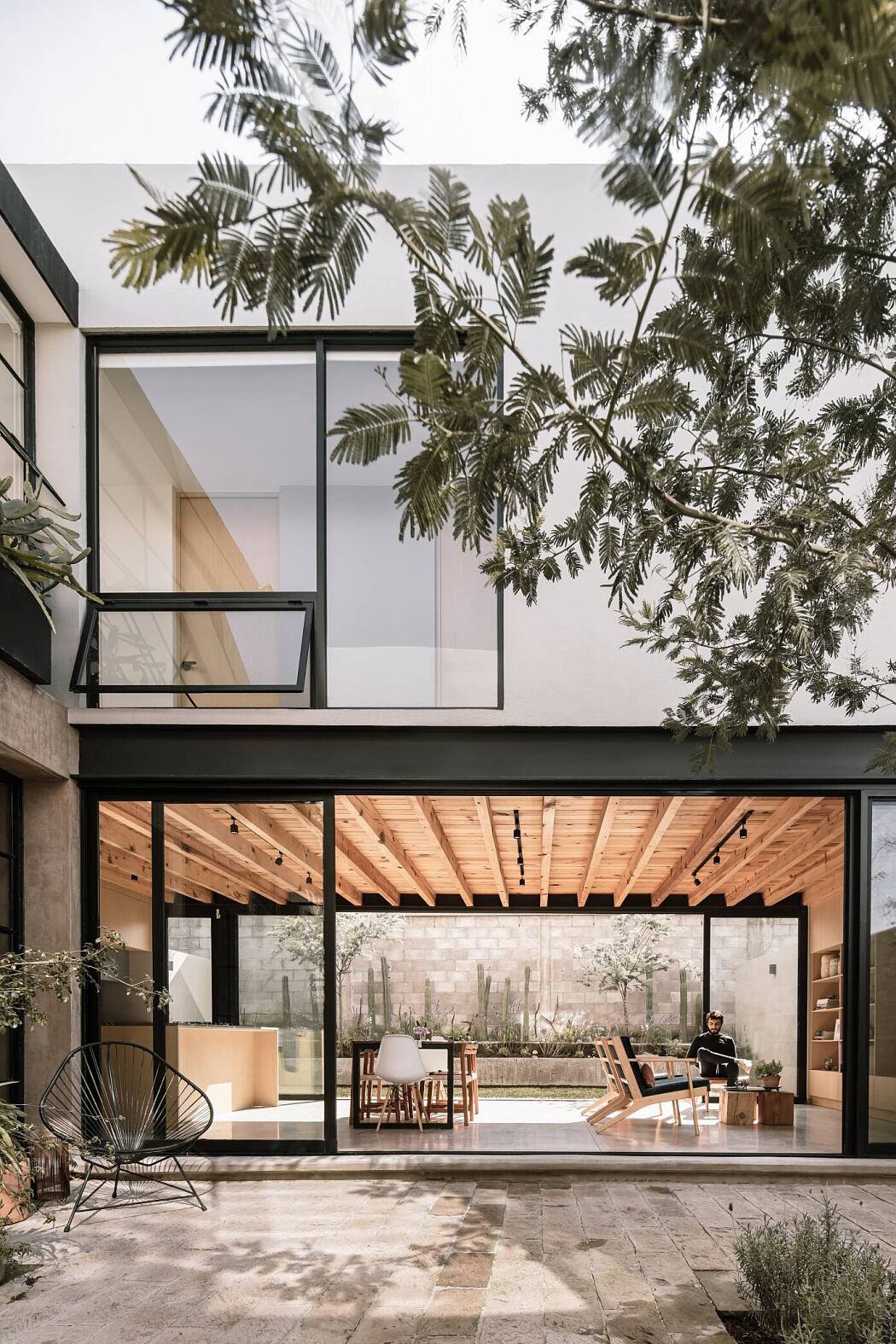 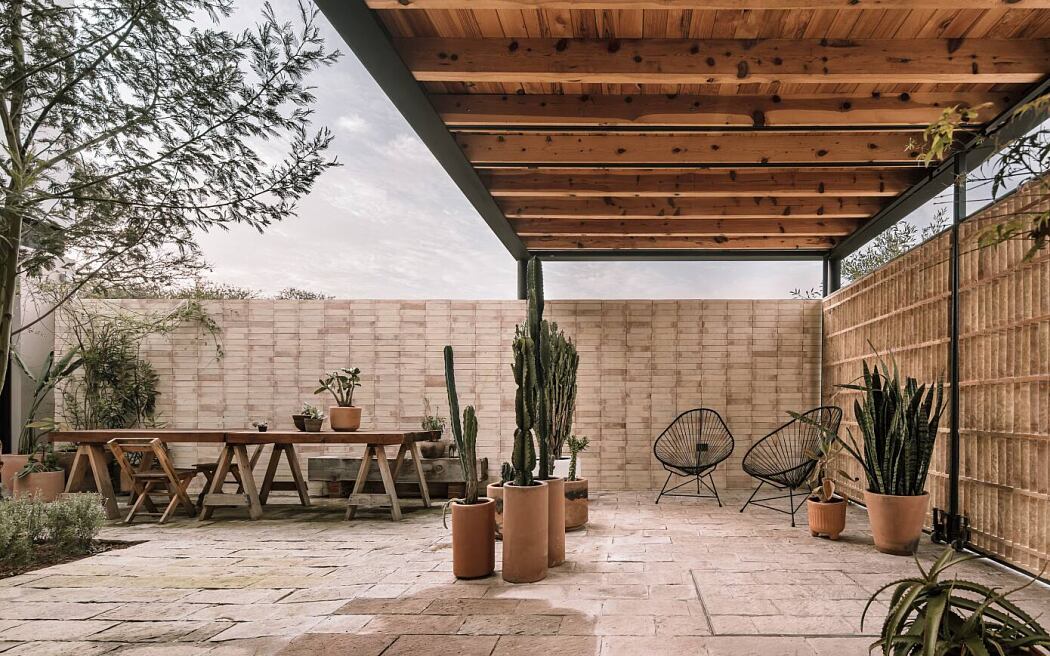 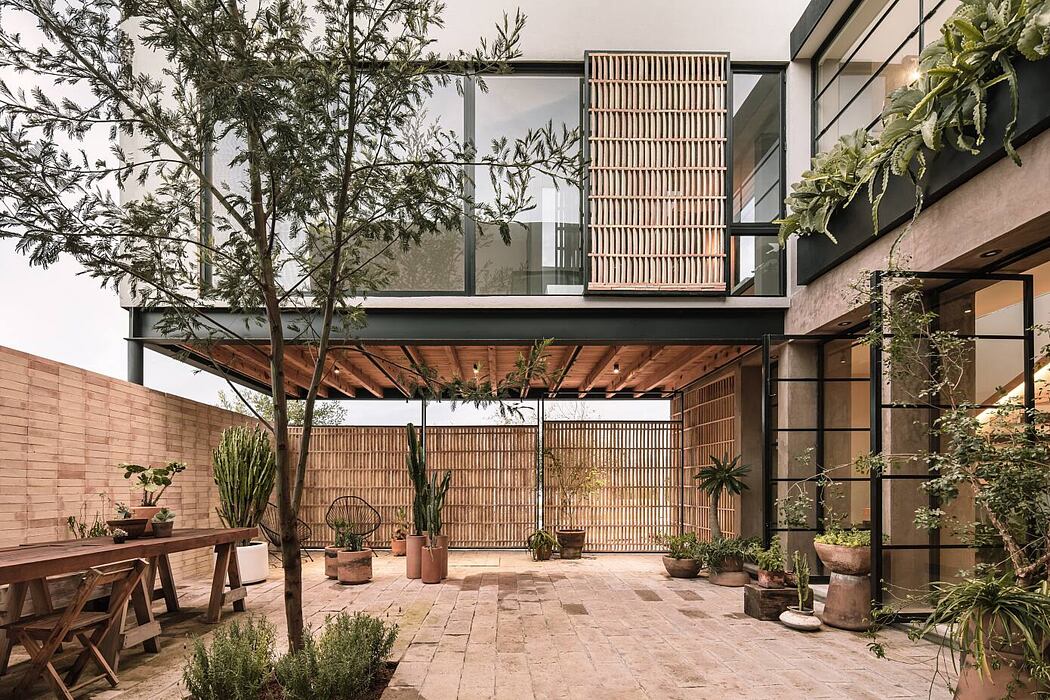 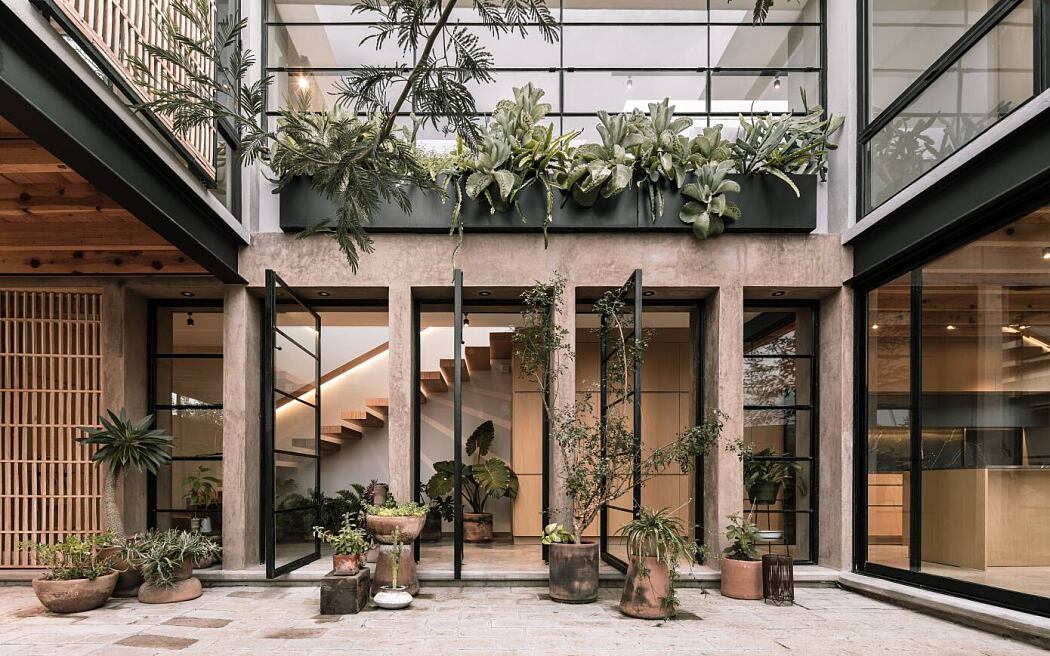 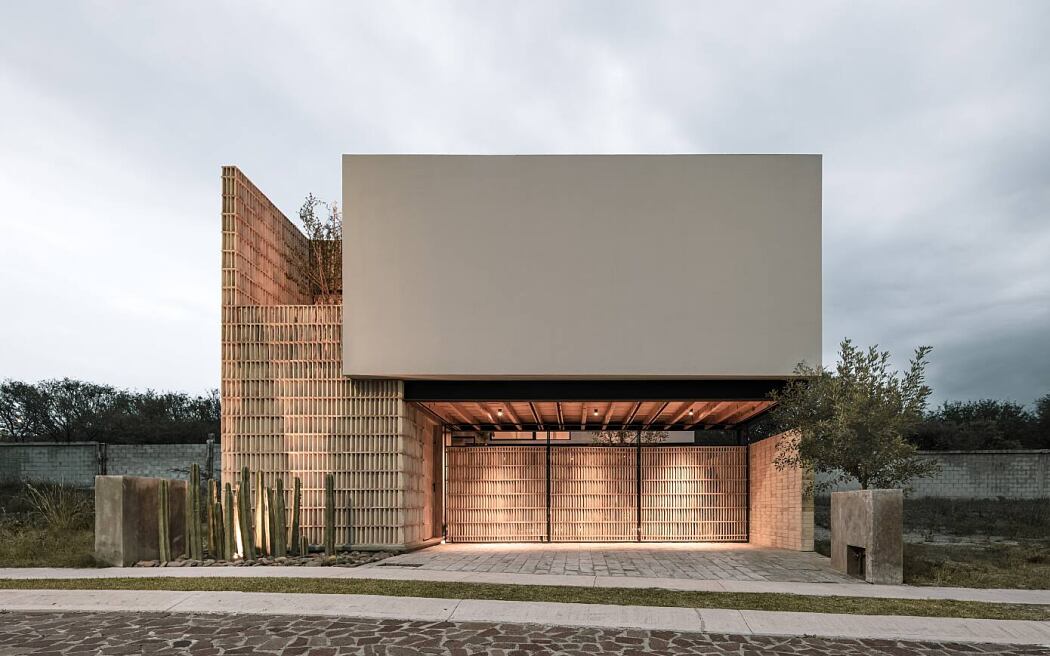 Casa Roble is the result of a work inspired by the spatial and material distributions of the houses of old time houses and the return of the patio as a container for recreational and social activities.

The patio as the main concept of the house became the guideline for the project, the real challenge was taking a space beyond what was planned. Since the working area was not very large at only 10x19m (32.80×62.33ft), the patio had to be able to be expanded, prepared for surprise visits and plenty of movement, taking this in consideration the gate was designed to accommodate two clearly divided spaces, the garage and patio, but this element, when traversed, had to give way to a large central space. The gate was the right element to provide all this flexibility. Its aesthetic was planned to blend in, and not stand out. At first glance, the house seems resolved in very simple and closed volumes, but its white clay textures are clearly the protagonists of the space, the lattice gate achieves a more intense visual experience for the user, provides privacy and fills the home with light. The entire motive revolves around this central element, which generates multiple internal views. The social area is projected on the first level. Living room, dining room and kitchen are blend in a single open-plan gallery contained between two exterior spaces; this allows interaction among them by having floor-to-ceiling windows that run along the sides, allowing the air to circulate and the sun to enter. The space becomes one, mixing all the environments. As a nod to the past, the lobby is a corridor that has parallel frames of pigmented concrete and pivoted ironwork windows on its side, also generating that interaction with the outside, making a clear abstraction of the corridors of convent courtyards, with their arcades and columns.
The second level is the private area, a study-hallway and three bedrooms, the circulation of the spaces and the main bedroom open onto views towards the patio and to the center tree top filling the visuals in green.

The house seems contemporary, but at the same time from another season, that feeling is the result of finishes that seek the feel of the materials used on the Mexican space. The patio is a pink quarry paving stone typical of the region that covers the floor, material that clearly emulates an ancient patio, a material that has the peculiarity of changing over time, generating a deeper beauty, imperfection.

The clay on the walls, the polished concrete on the floors and the quarry will make the house age with dignity over time, welcoming the effects of nature and allowing history to be visible. “Casa Roble” was conceived as an architectural handcraft to be inhabited in the most flexible way, ready to host humane social activities, while still looking at the history of time.