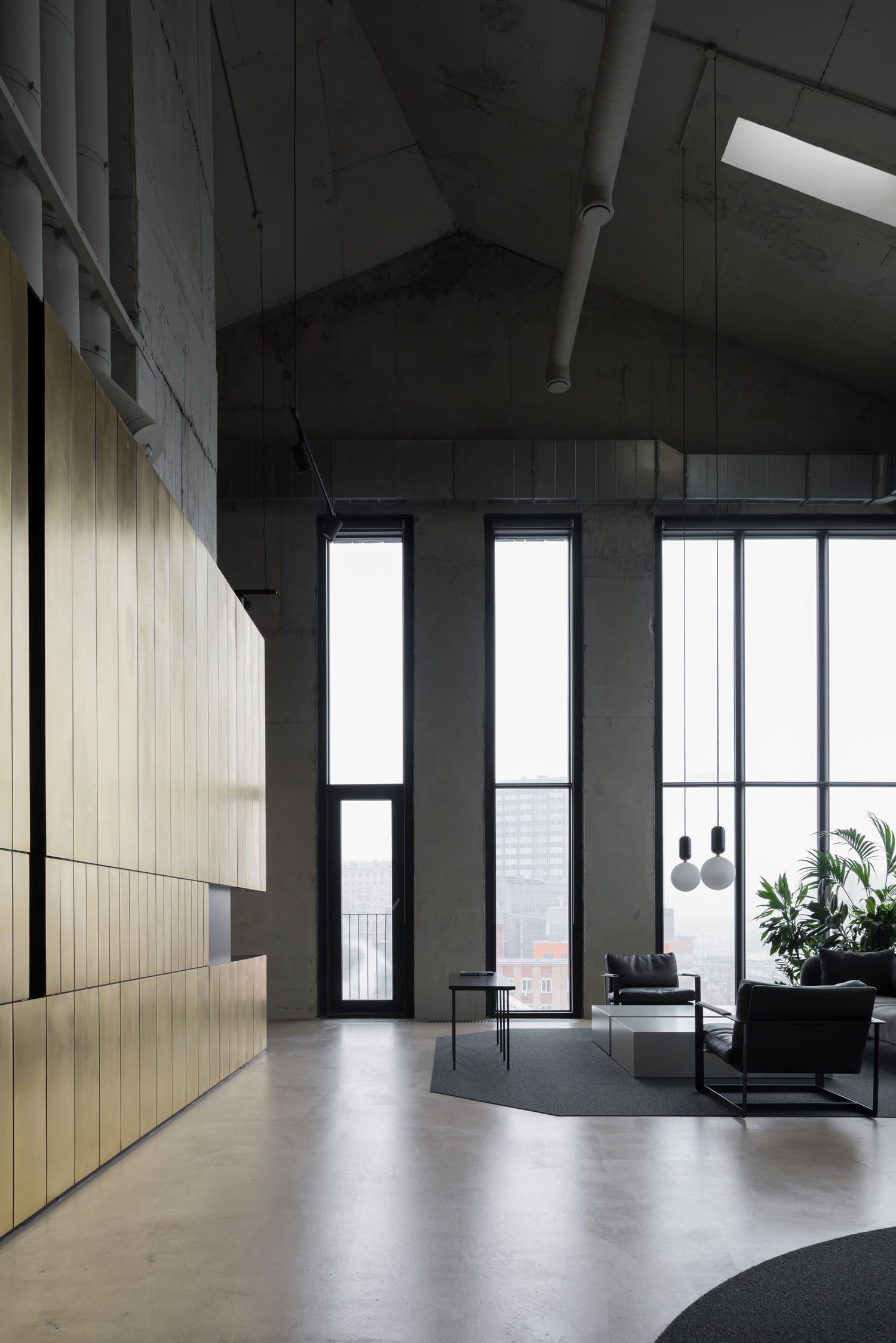 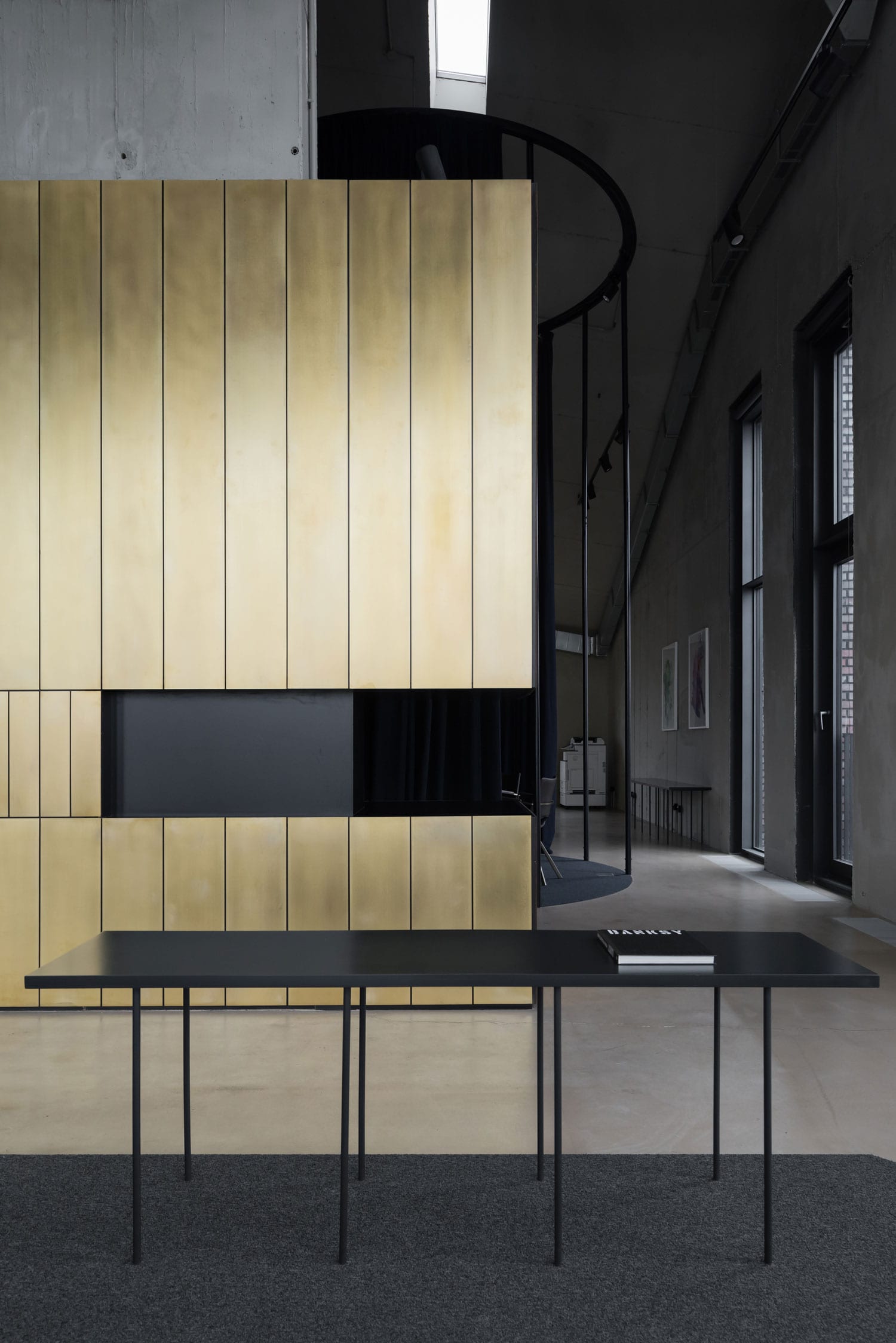 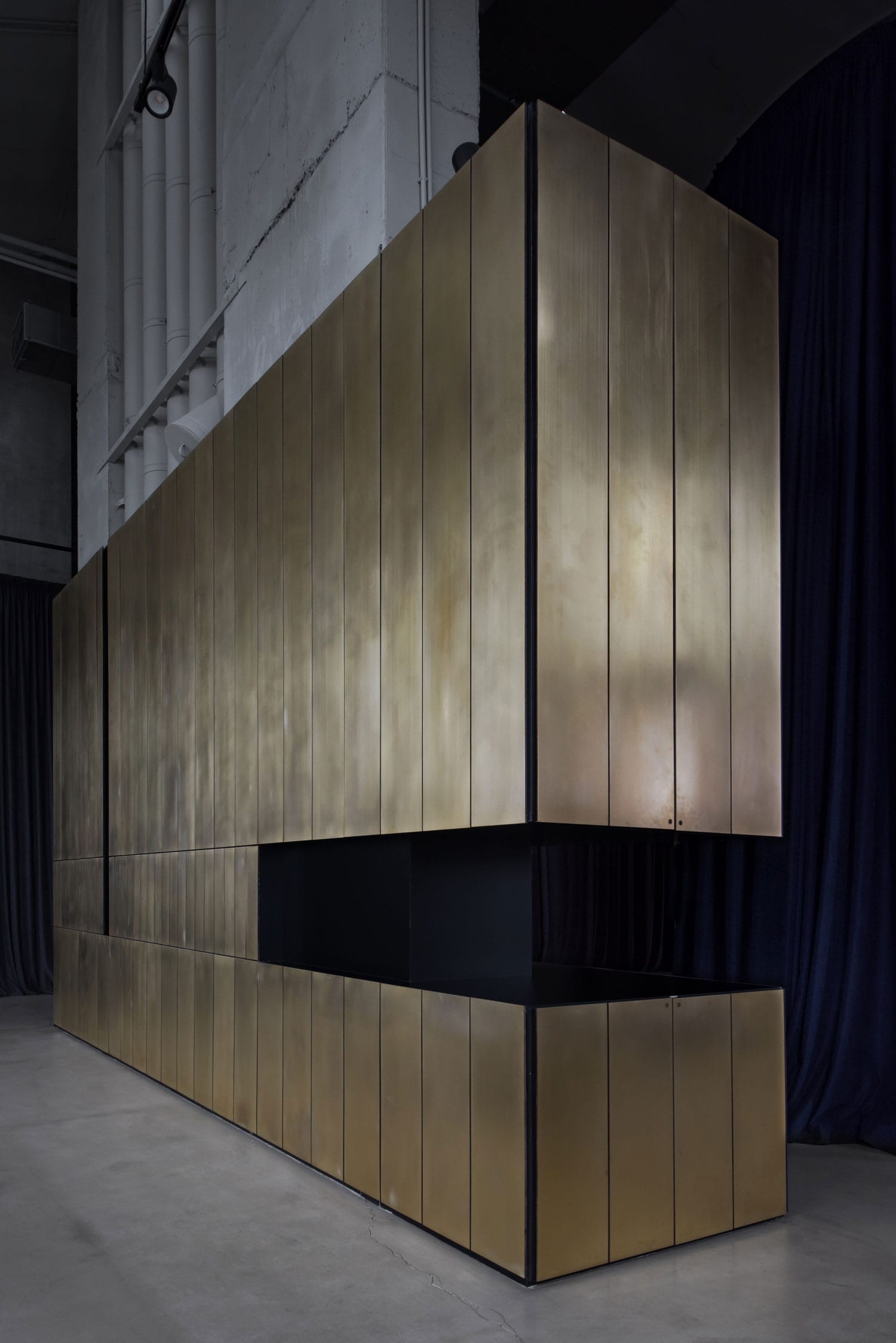 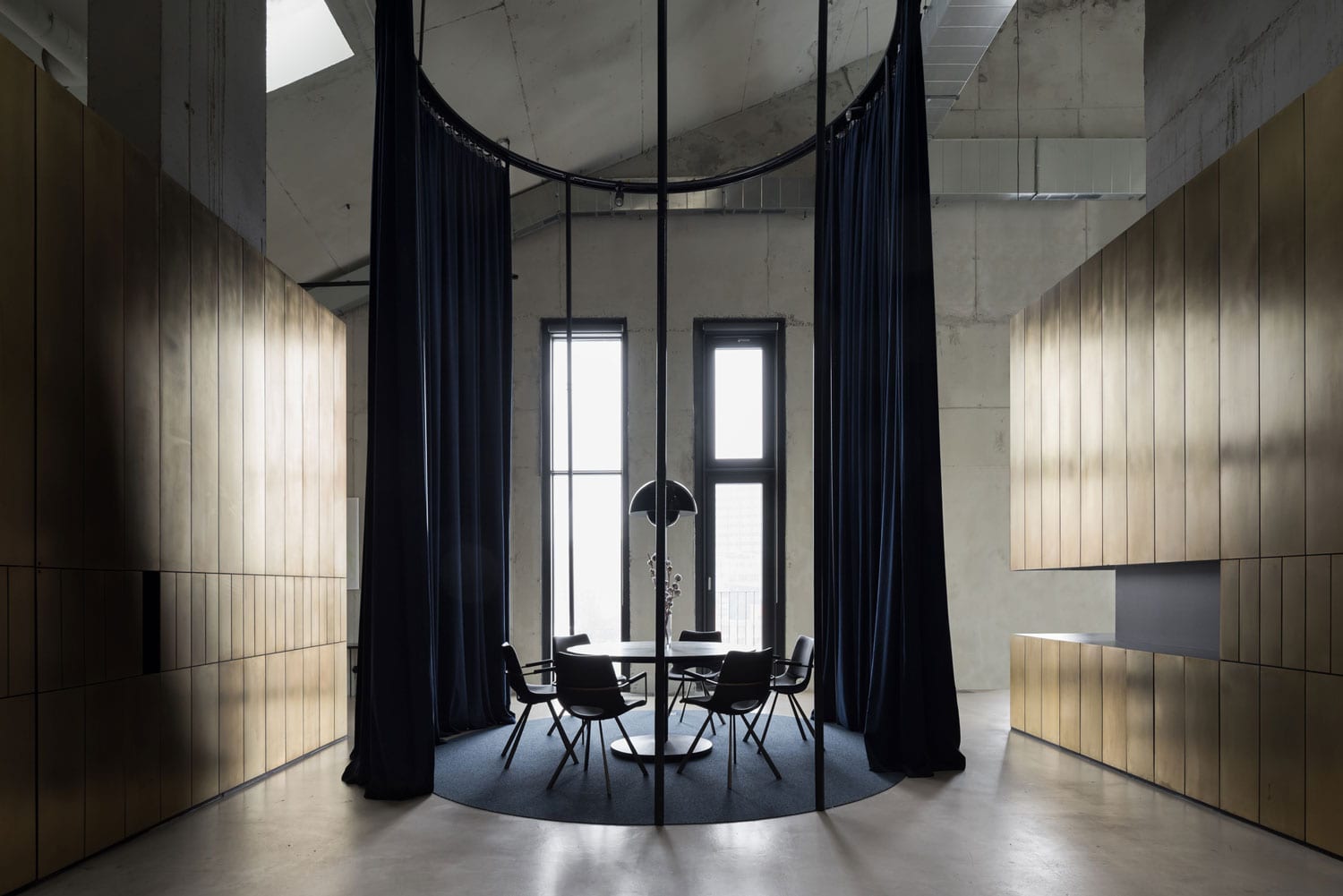 have created a sales office for luxury residential complex NV/9 ARTKVARTAL, and it’s so luxe that most people would be content to forget the apartments and just move in there. Located in a penthouse, the 180sqm office had an impressive concrete shell to begin with, featuring panoramic views of the Yauza River and an 8.5m gable ceiling.

Two tall, -panelled boxes house utilities and conceal a kitchen, bathroom, and storage. They serve to differentiate the living room, displaying a scale model of NV/9 ARTKVARTAL development, a round meeting room, and an employee office. 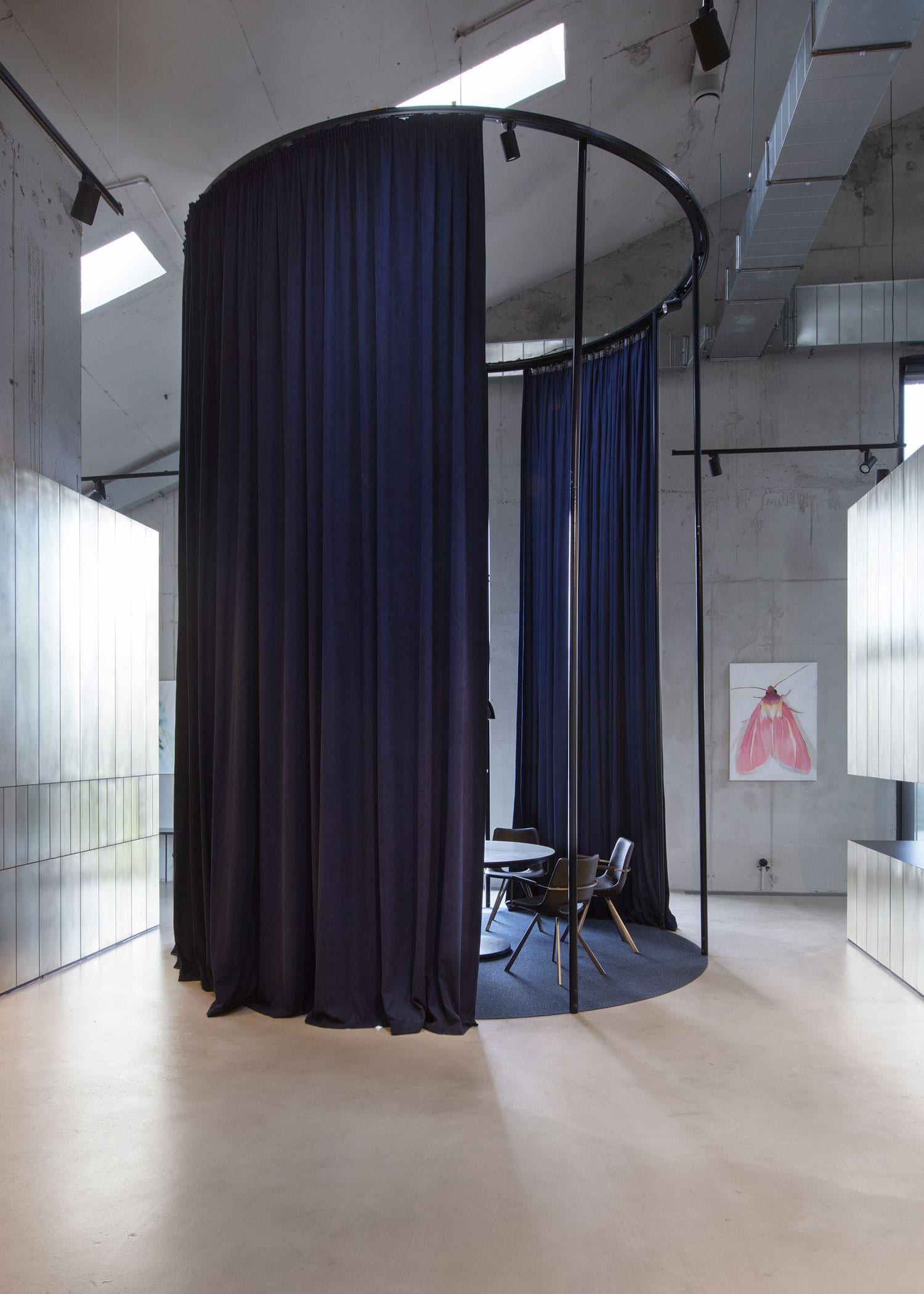 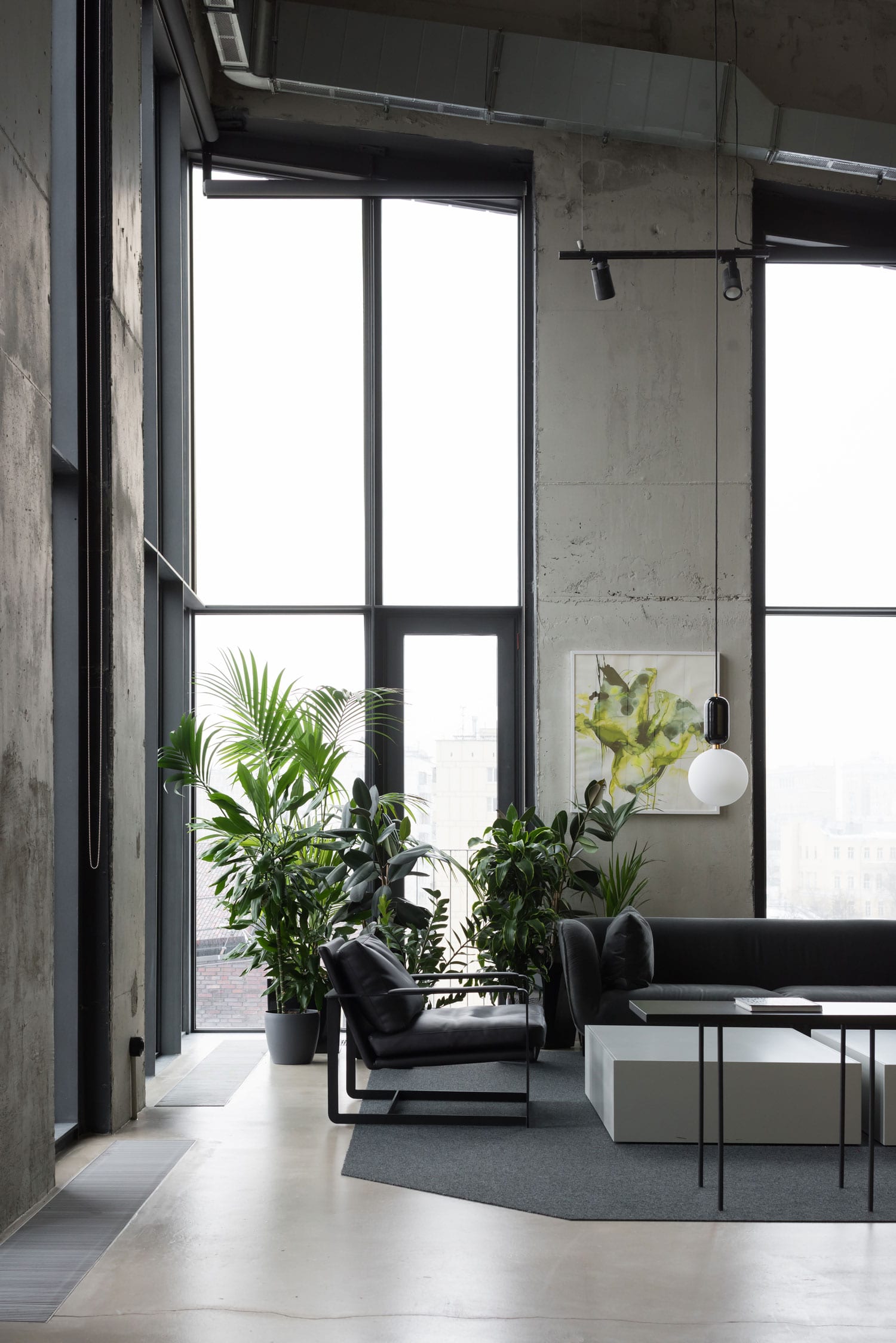 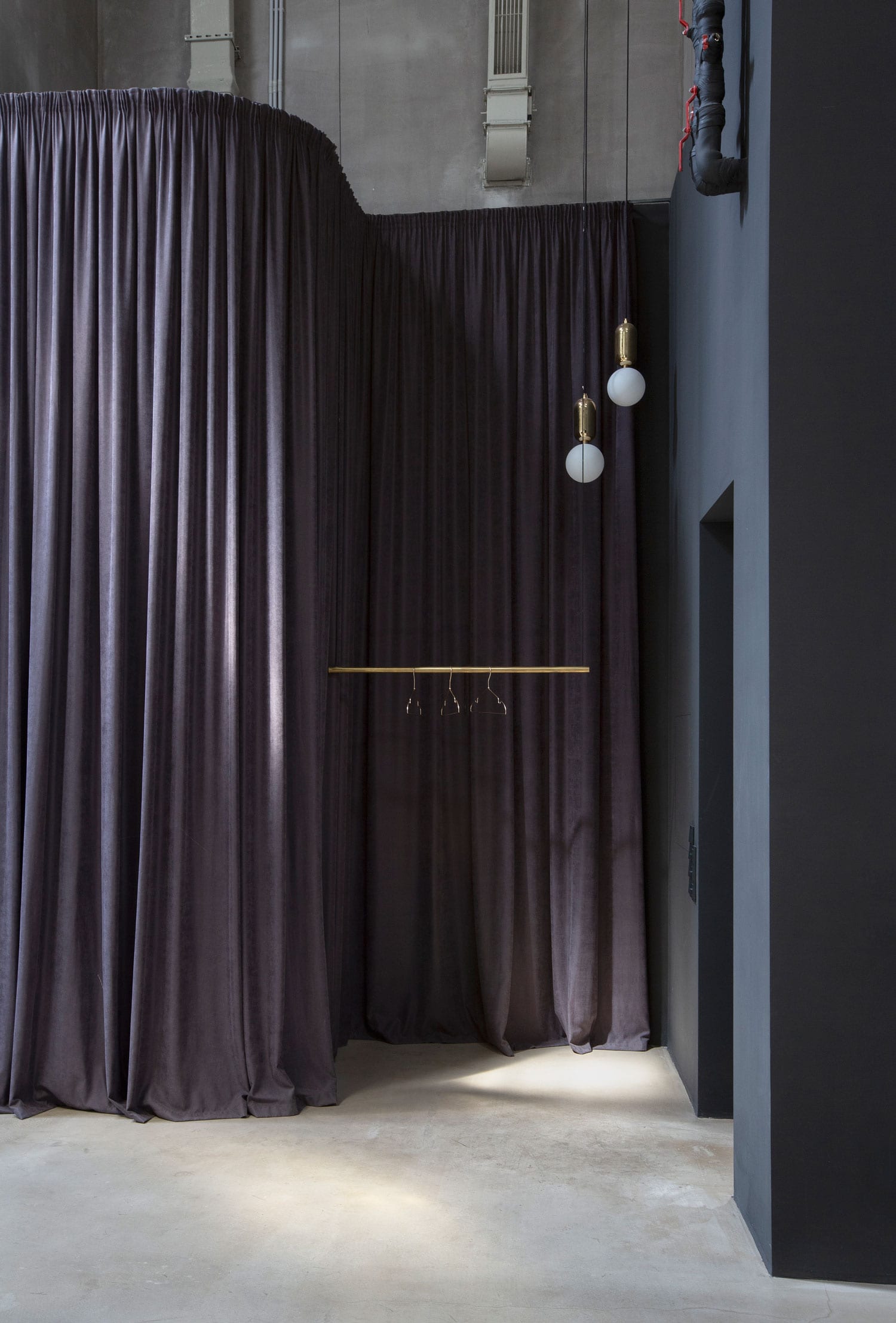 Rather than creating walls, an indigo blue velvet curtain encircles the meeting space, suspended on a black metal rod. Black metal is used for all the hardware, including linear spotlights, desks and chairs, a masculine element against the dominant brass structures. A one-of-a-kind lamp designed by Alexander Volkov illuminates the detailed scale model of the residential complex, consisting of 25 bulbs around the perimeter.

The architects play on the dramatic scale of the space, emphasized through the variations in height of key elements. The brass-panelled walls are 3.5m high, while the blue curtained meeting room is 5m high set within the 8.5m tall space. Besides height, the architects use custom-made minimalist furniture, and textiles such as theatrical drapes to accents various sections of the office.

“All the objects, manufactured especially for this project, are based on our designs: the lamp above the scale model, multileg tables, table for the scale model. They accentuate the individual character of the space and manifest the purpose of the office,” the architects explain.