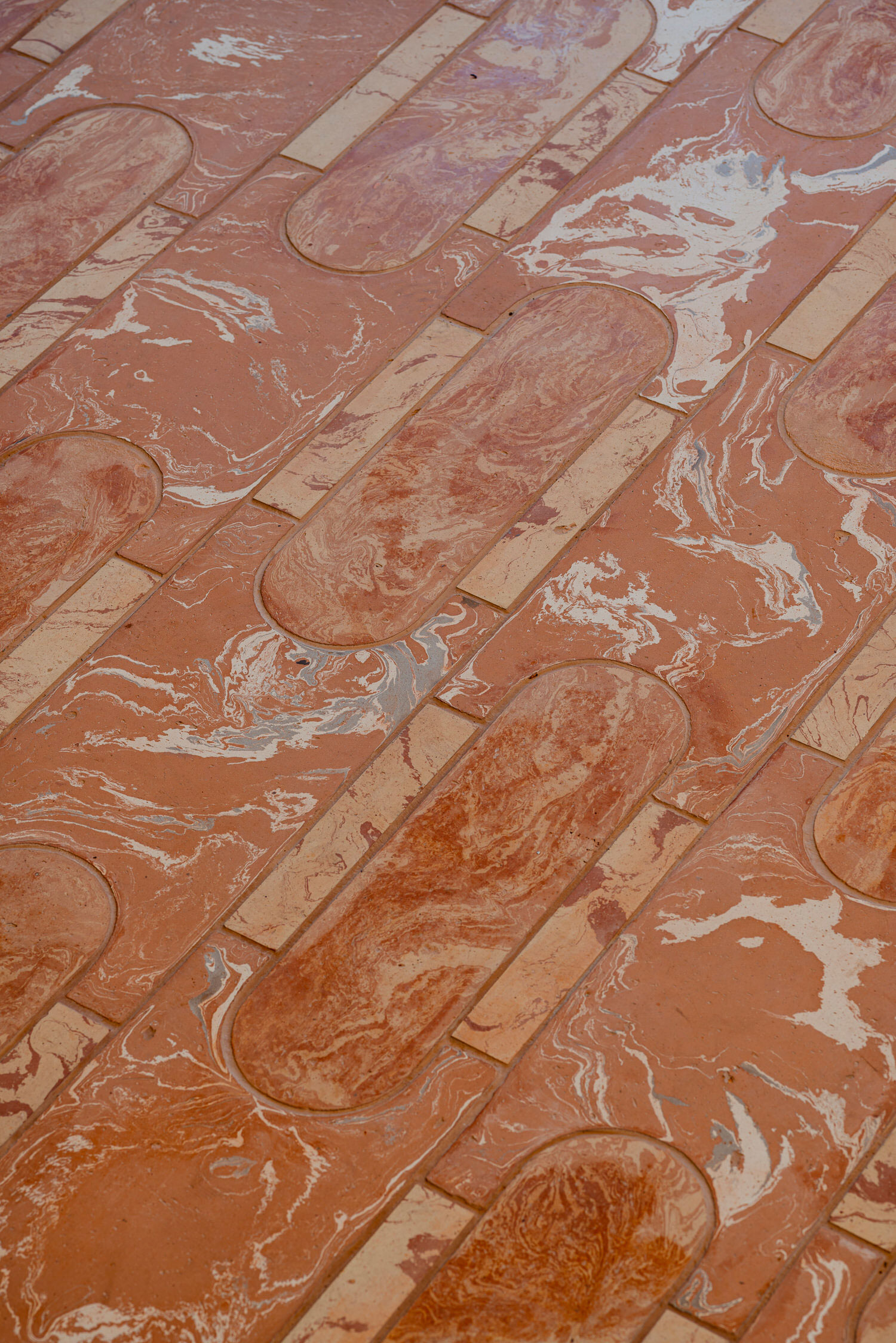 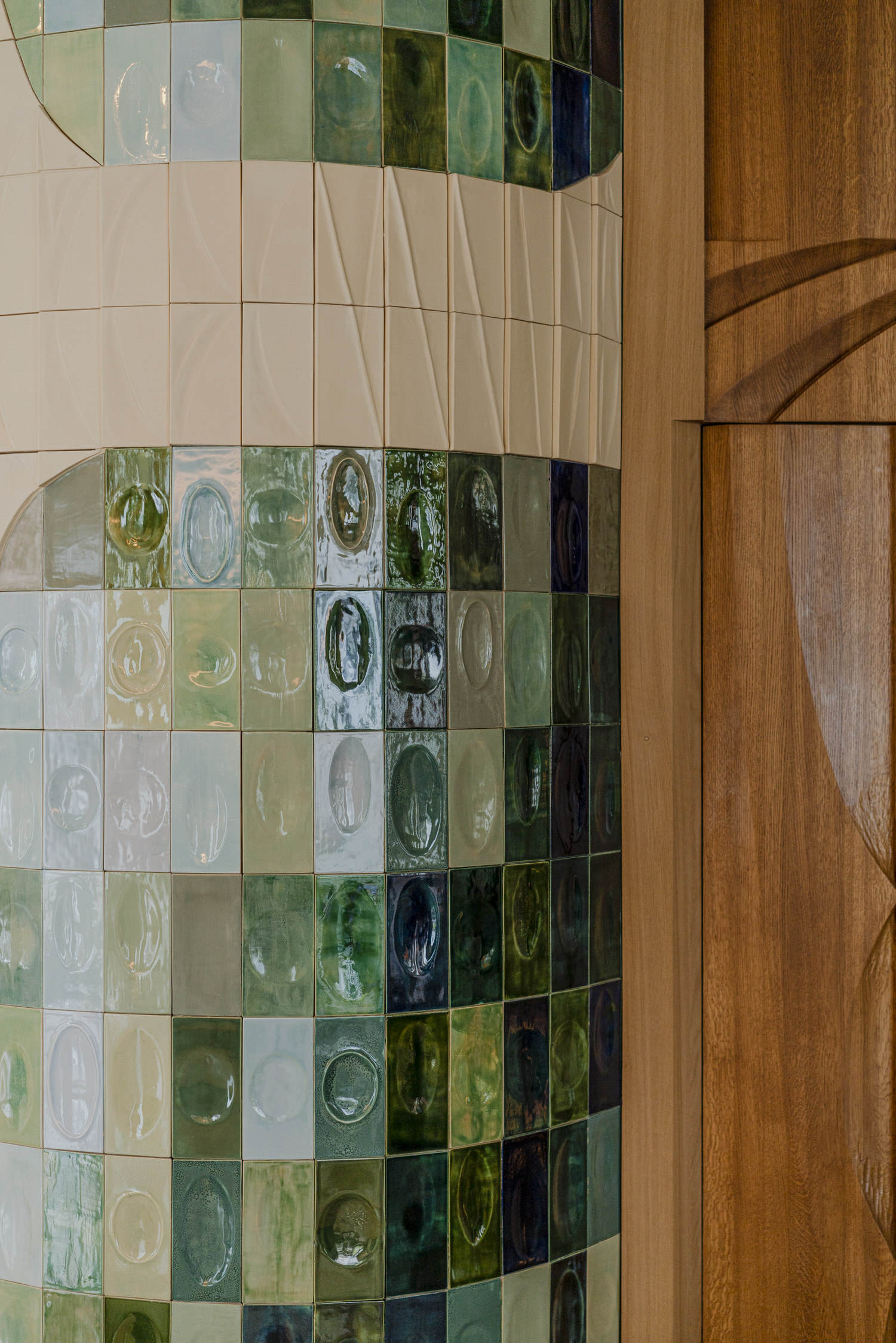 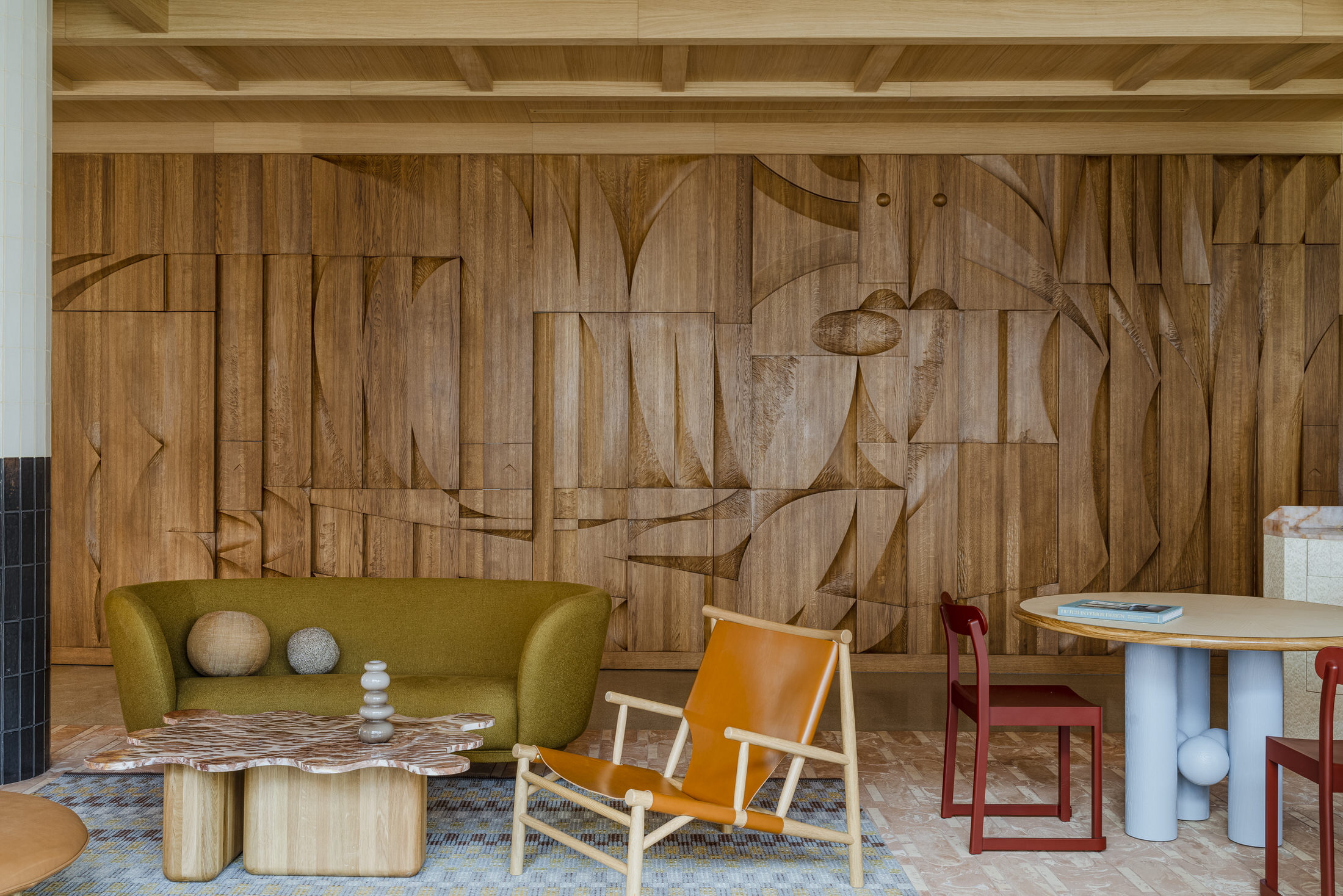 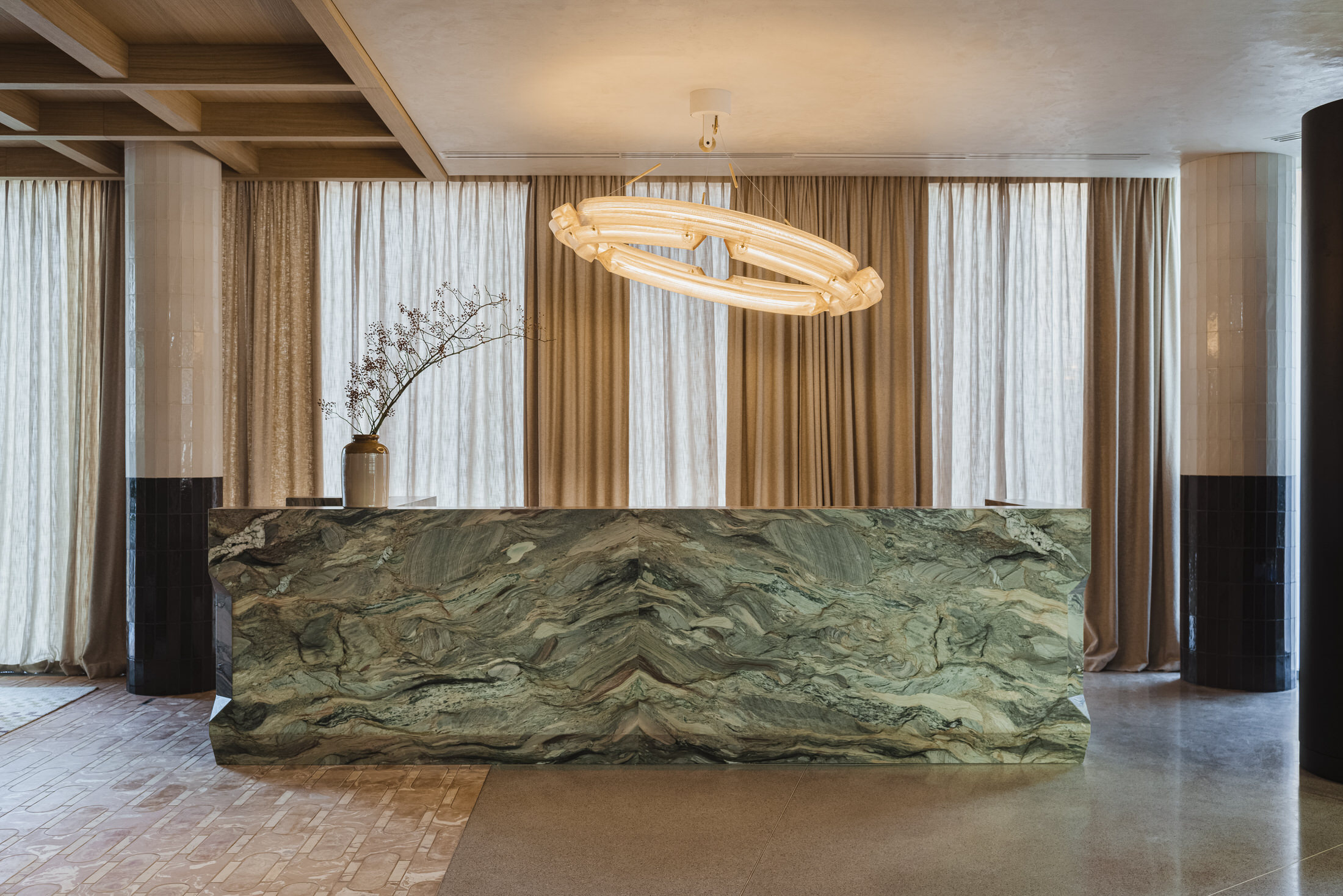 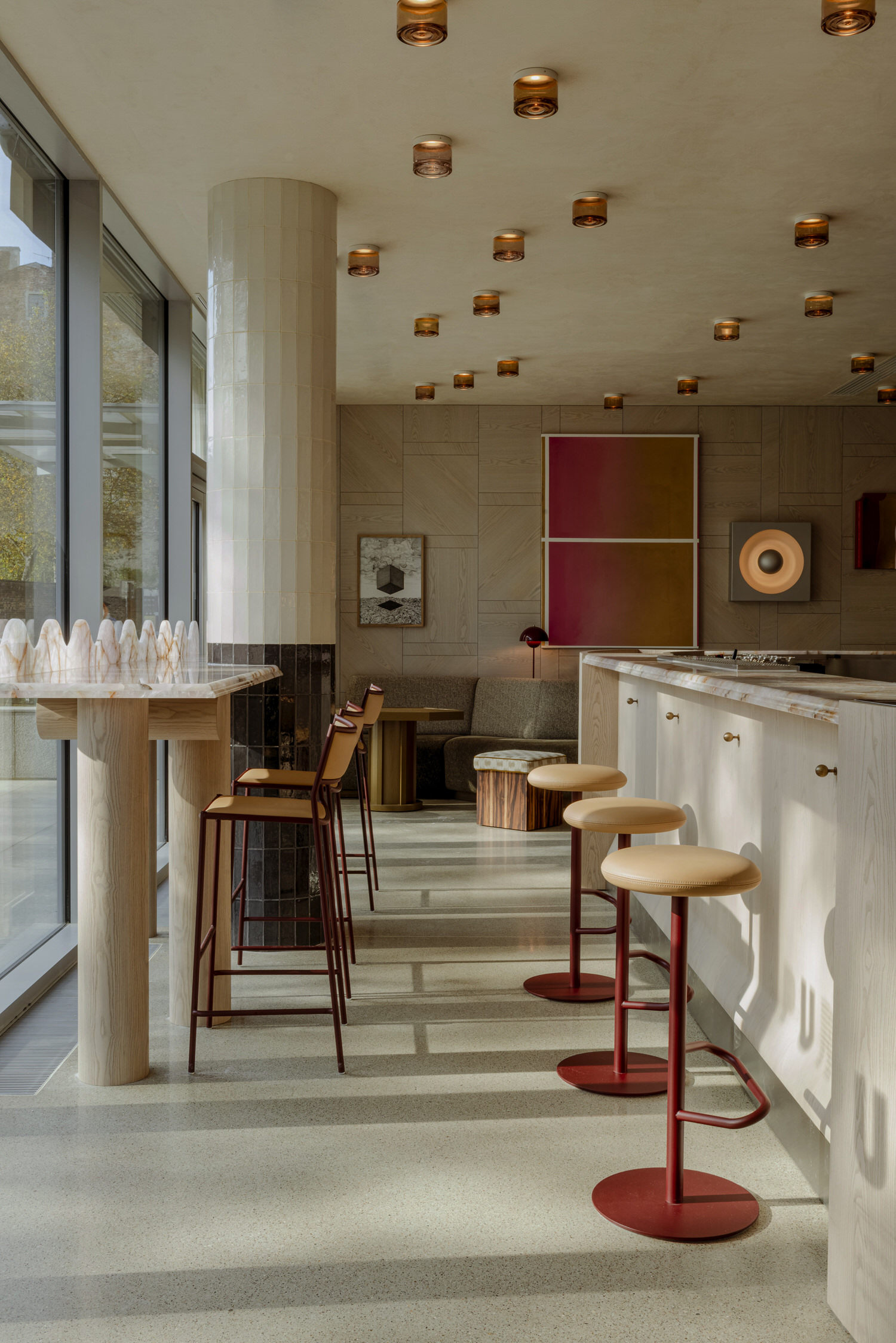 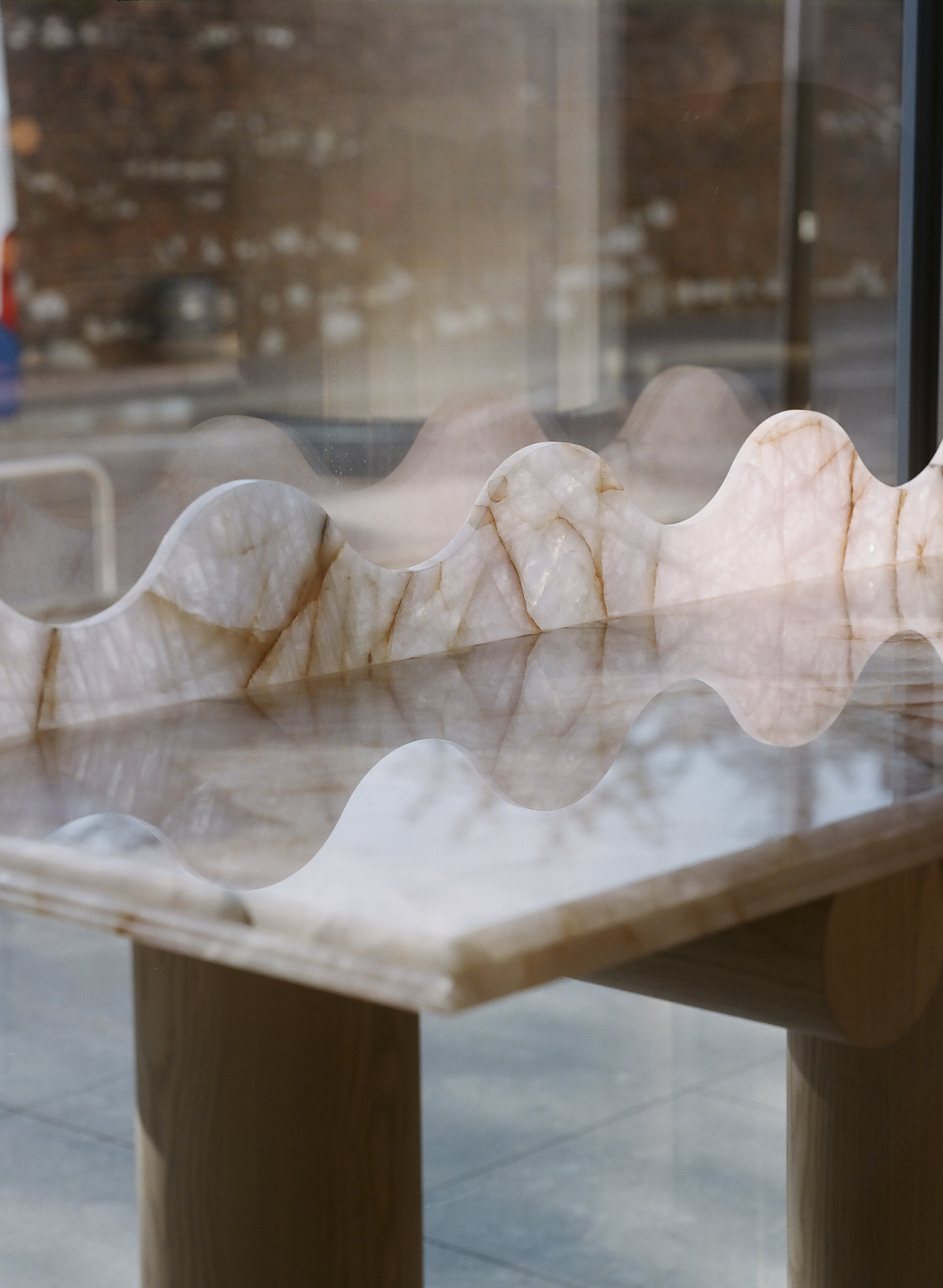 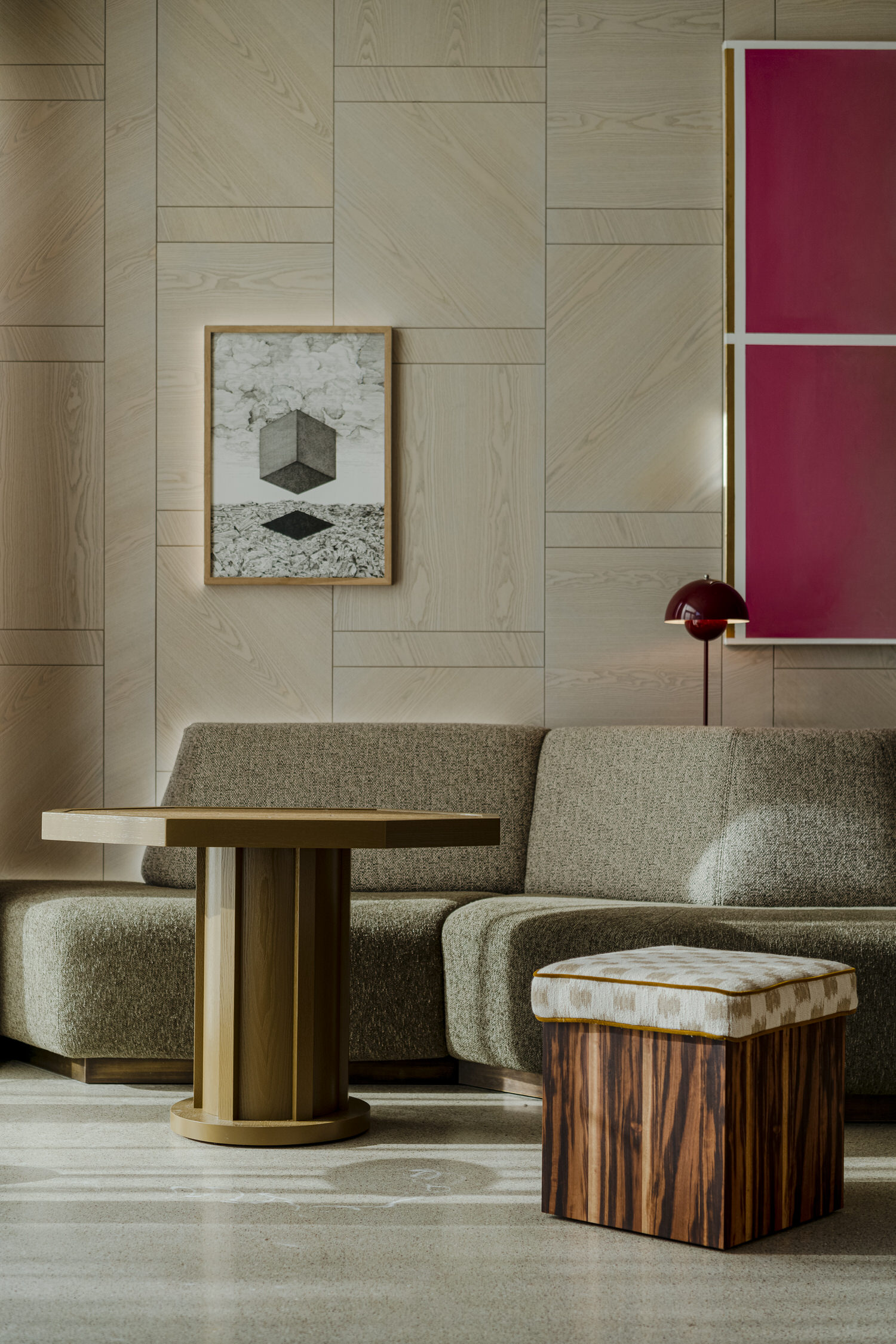 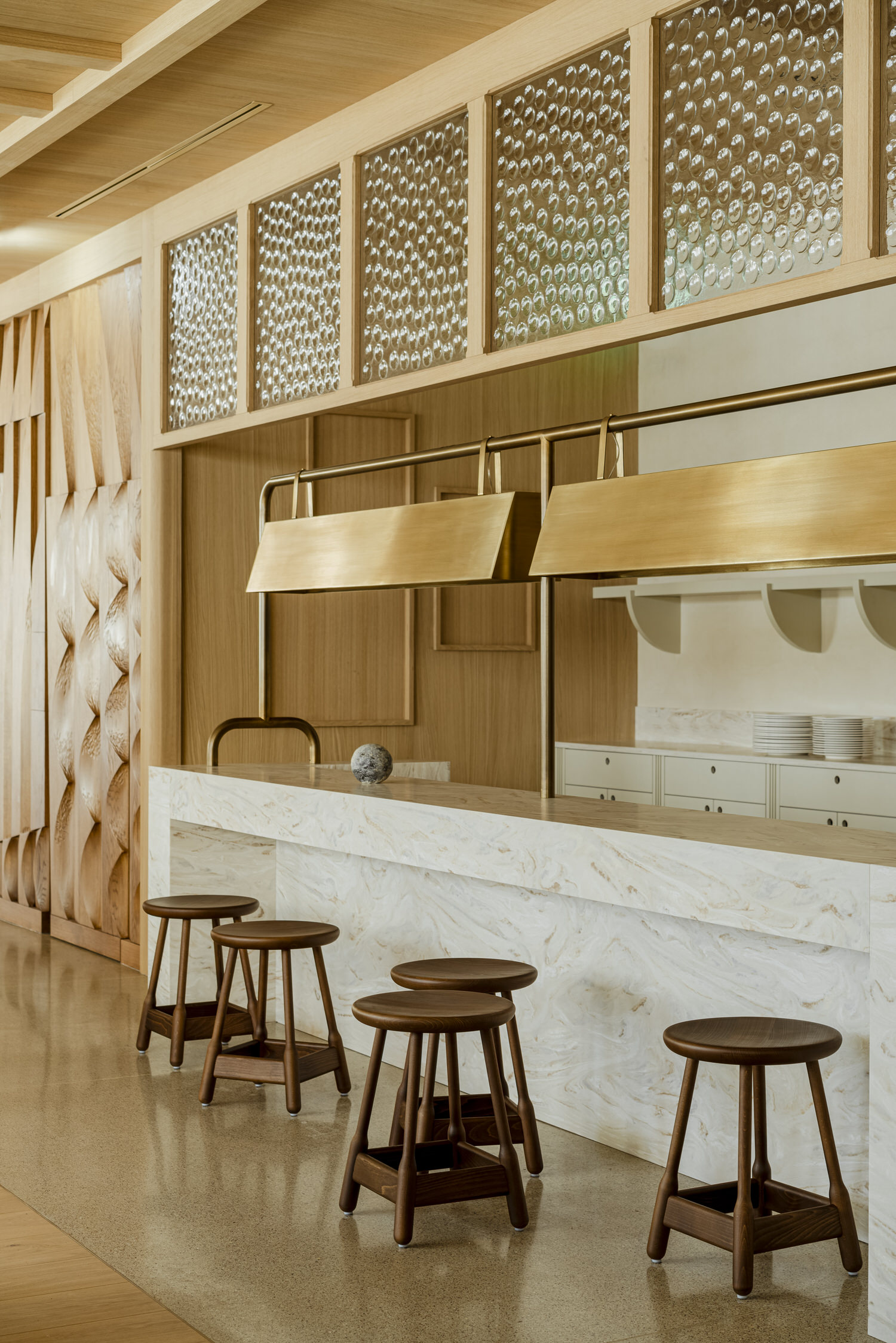 After eight years since its establishment, PURO Hotel’s branch in Kraków sought a new interior that would reflect the site’s historical location in . Commissioning the local design practice, and Yellowtrace favourite, , the team reinterpreted interior cues from the interwar period, jazzing up the 138-bedroom while simultaneously reflecting the lesser-known historical charm and the creative community of Kraków — one of the oldest cities in Poland.

Kraków’s interwar period was one populated with destinations that many journalists, artists and intellectuals would adore. These included glamourous cafes and the clean functionalism of mid-century modern hotels such as the now abandoned monumental Hotel Cracovia and Forum Hotel. With very few of these places remaining within the city, Paradowski Studio sought to preserve these elements of chic reflected in the bygone era of Kraków — but not without combining interior elements inspired by the ’50s and ’60s. Upon entry, visitors are met with a custom green mosaic tiled wall framing a bas-relief shaped of patterns inspired by the ’70s and the nearby Tatra Mountains — a mesmerising scene created in collaboration between Paradowski Studio and artist . 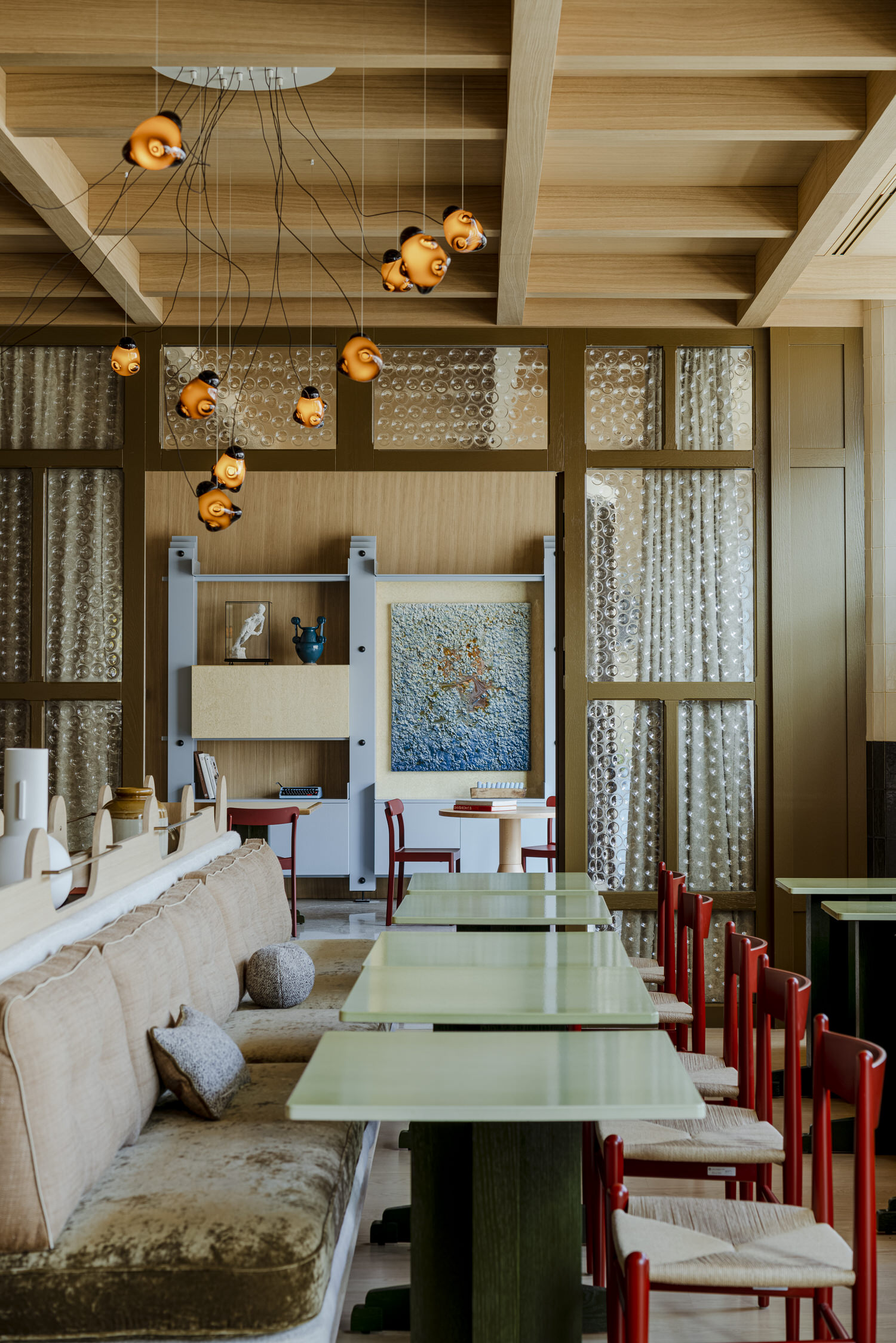 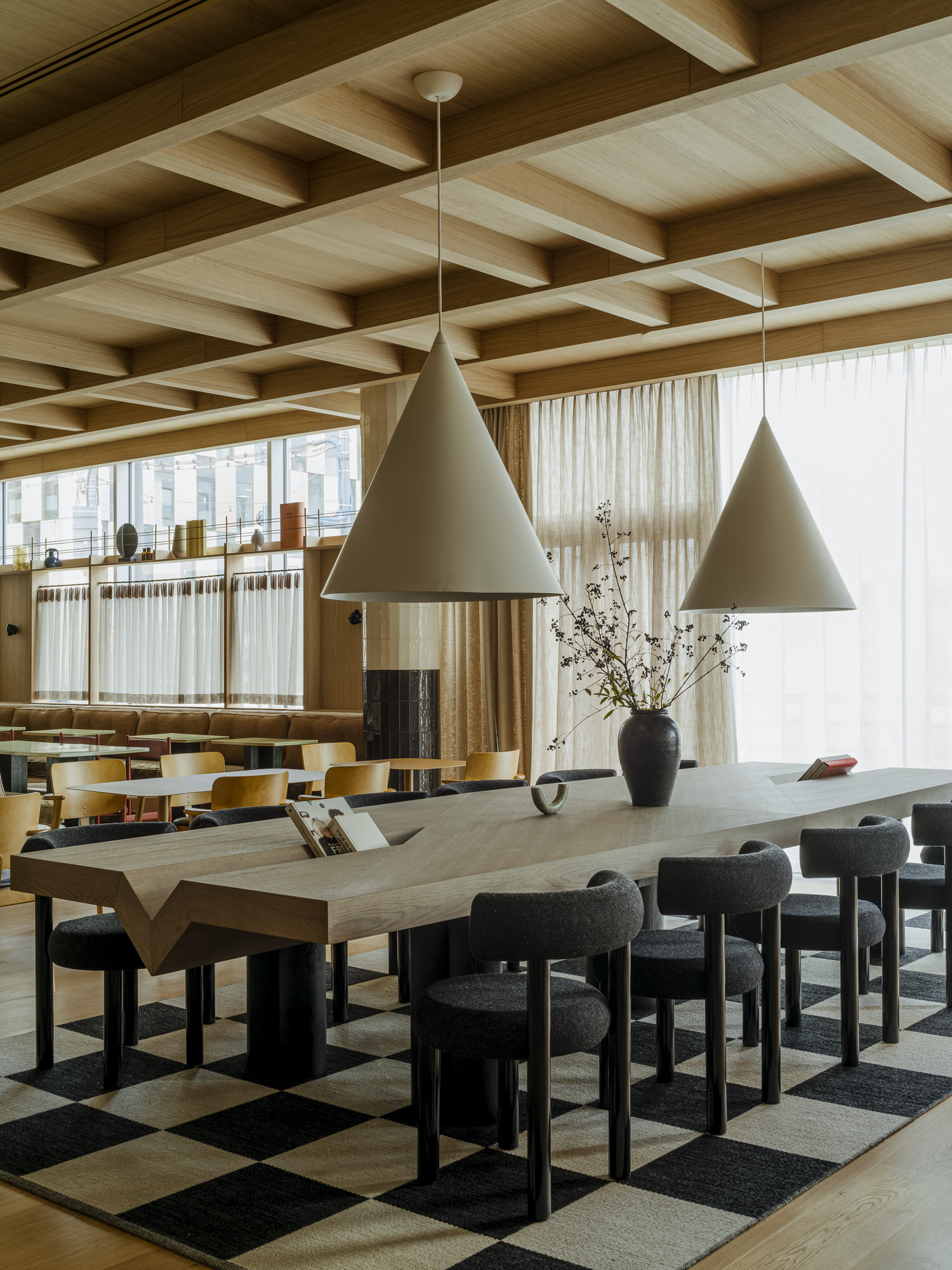 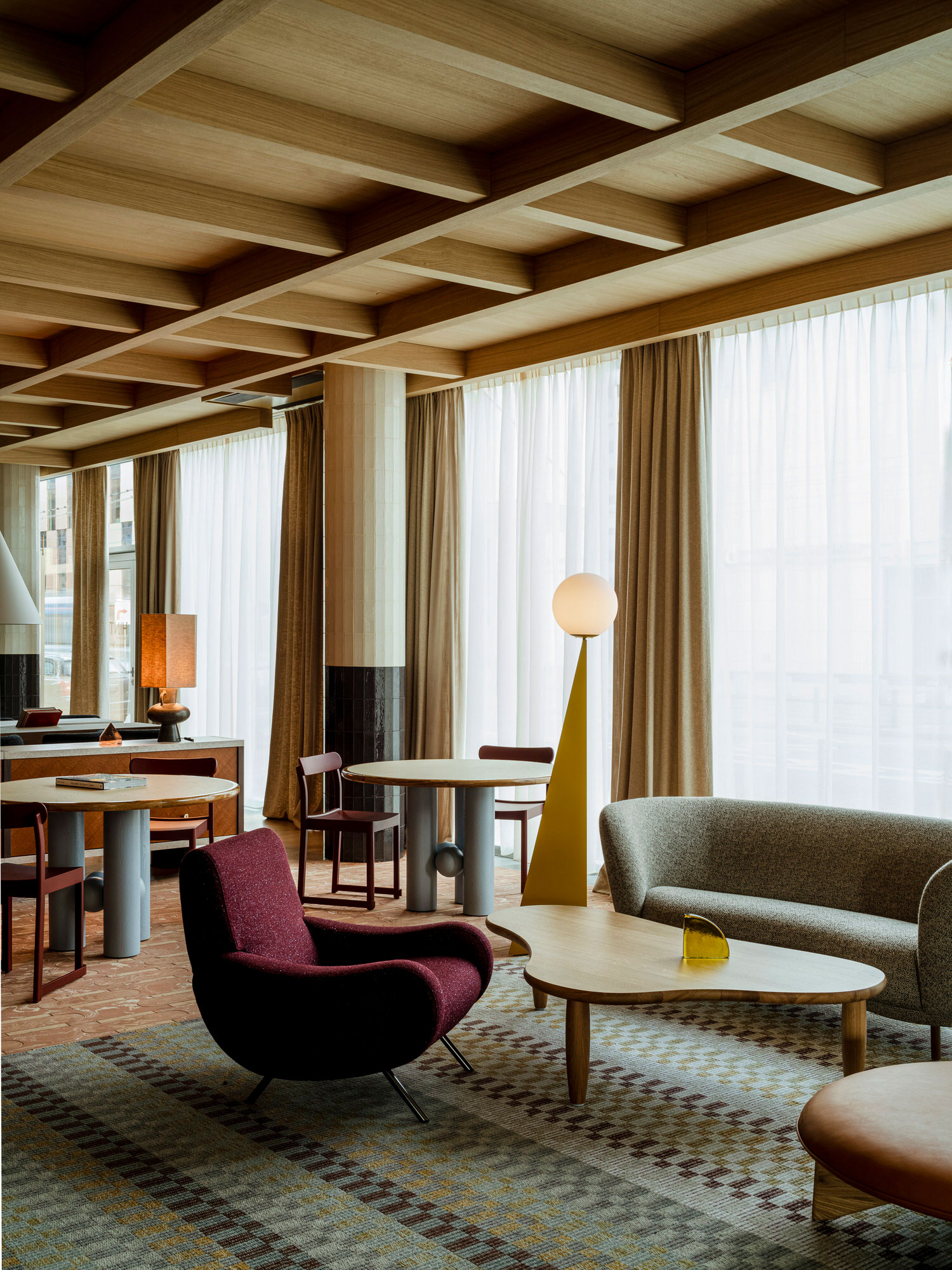 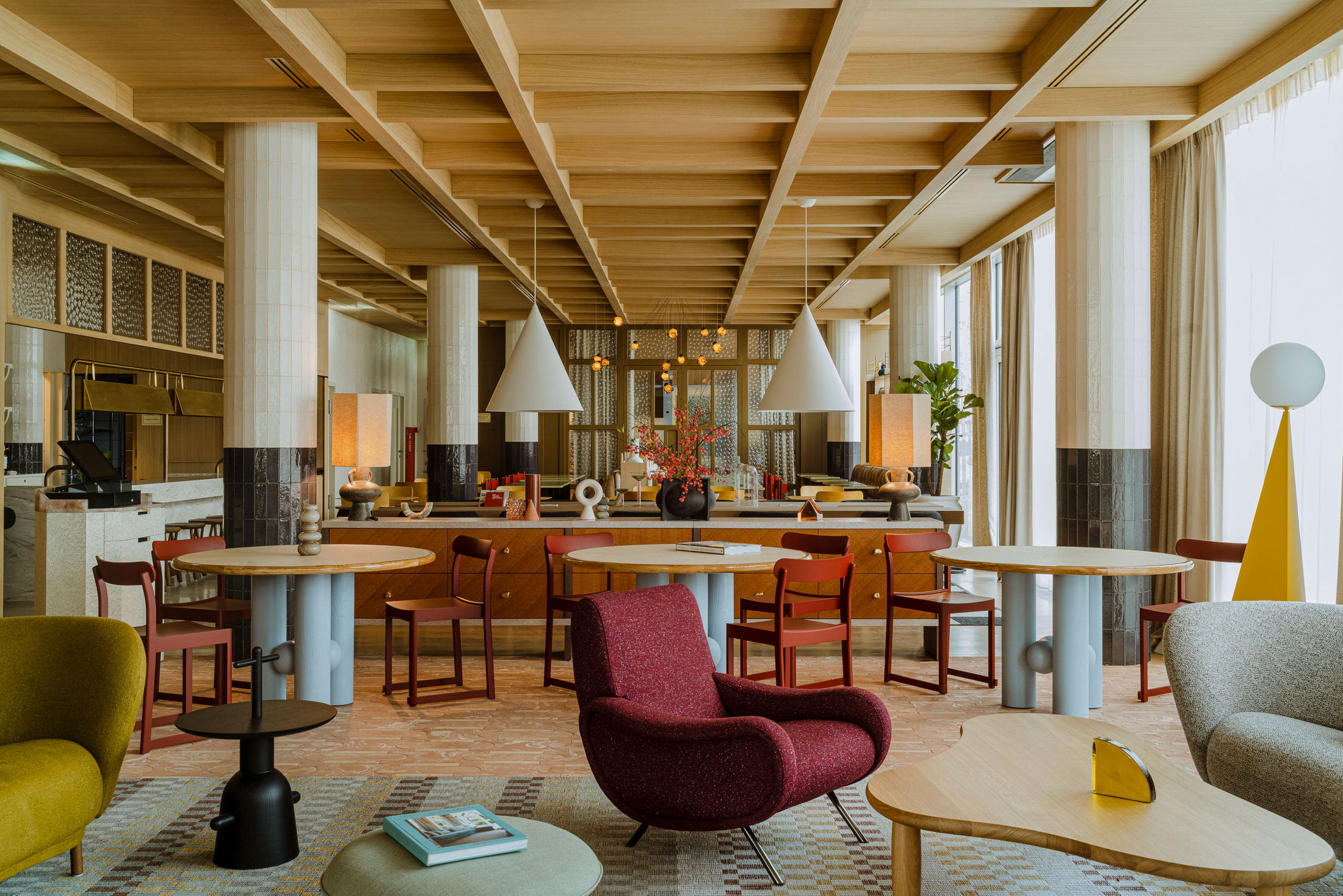 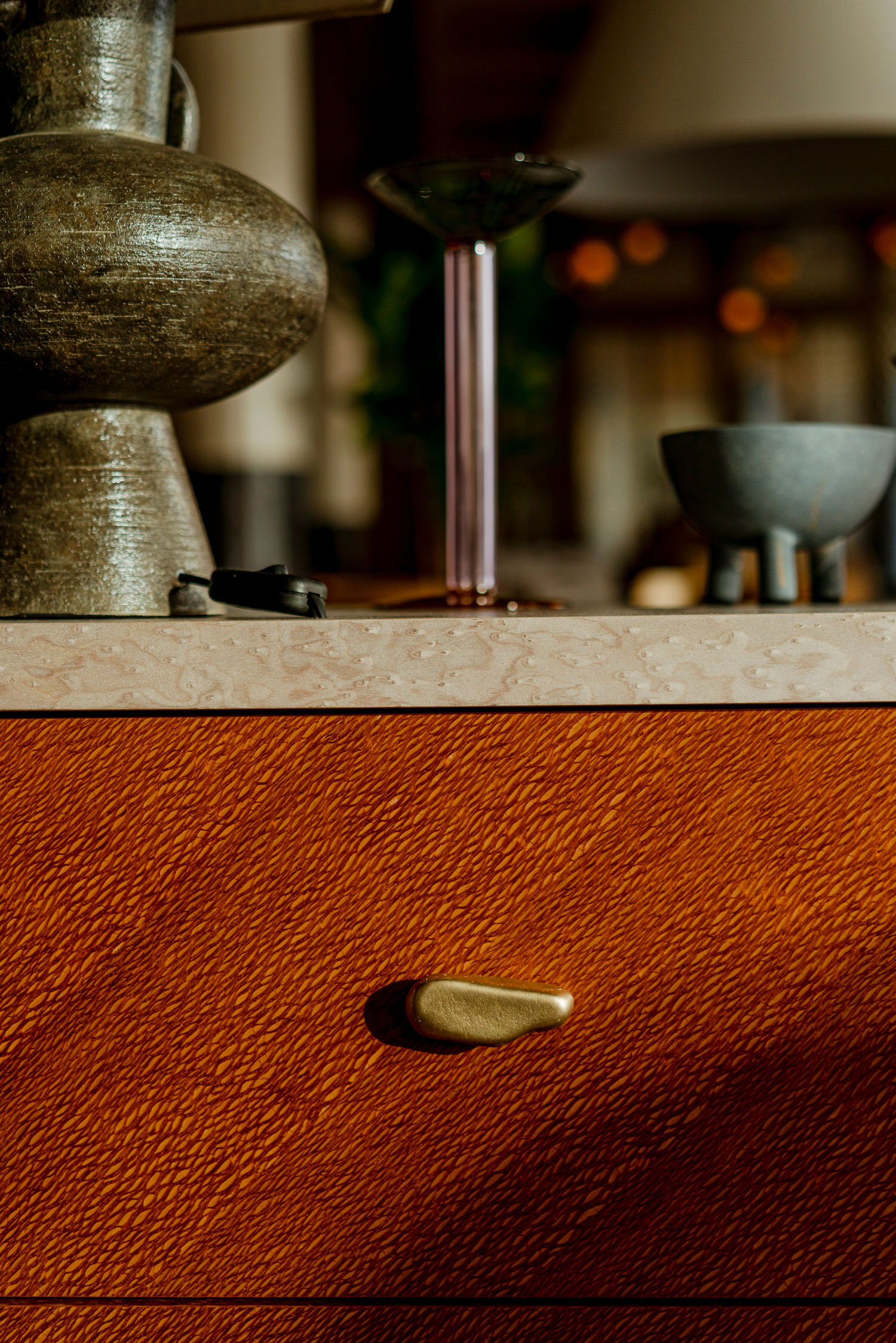 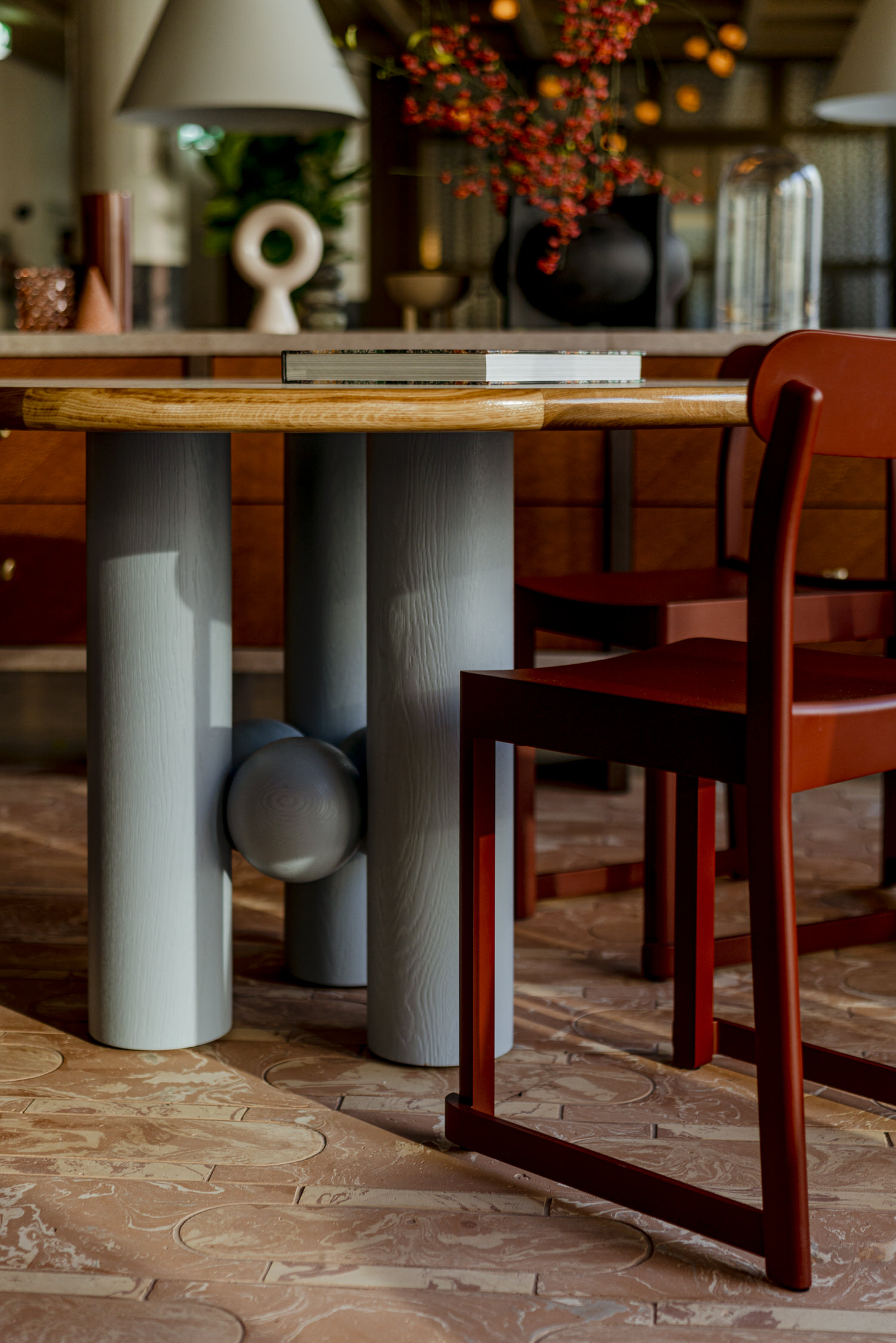 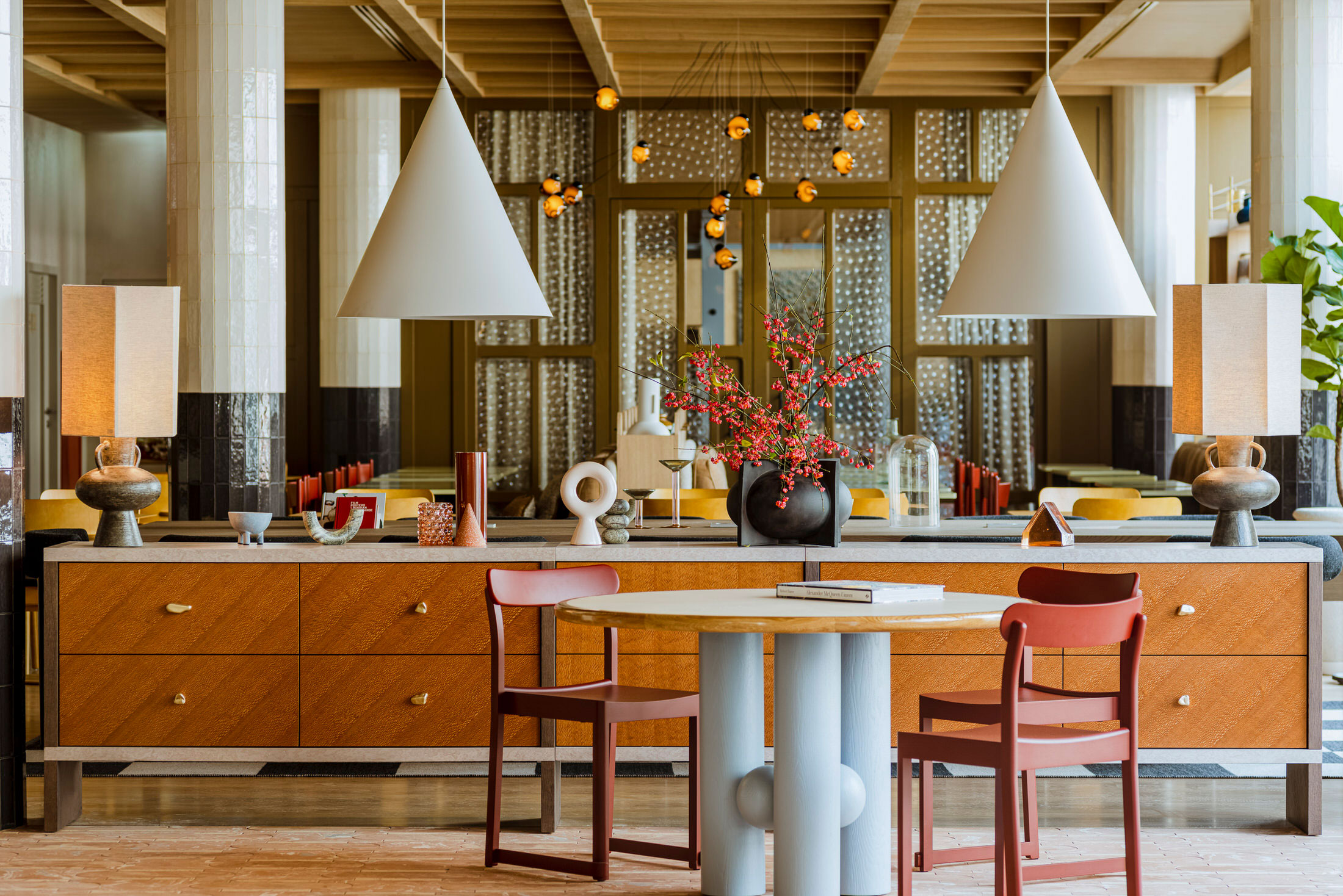 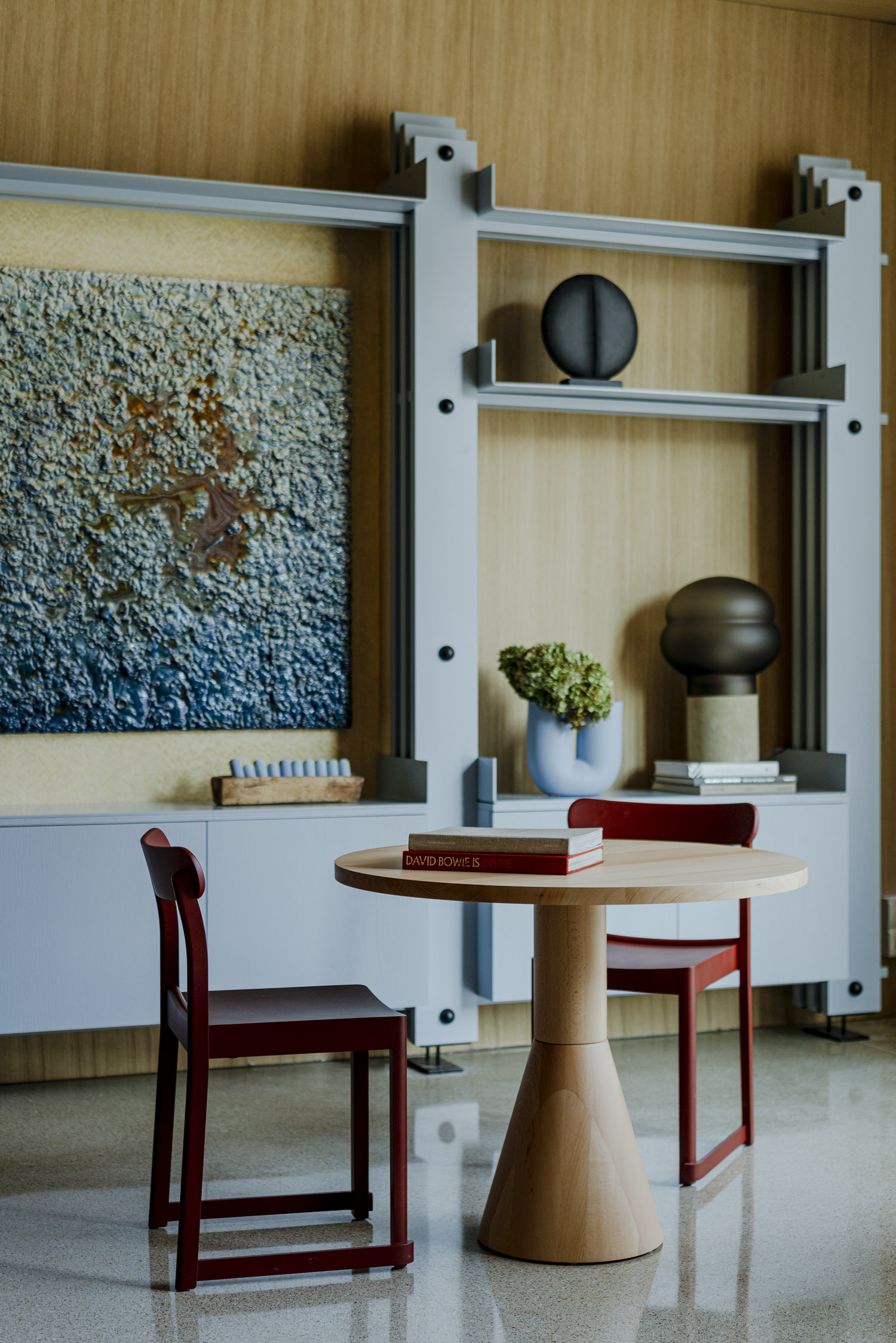 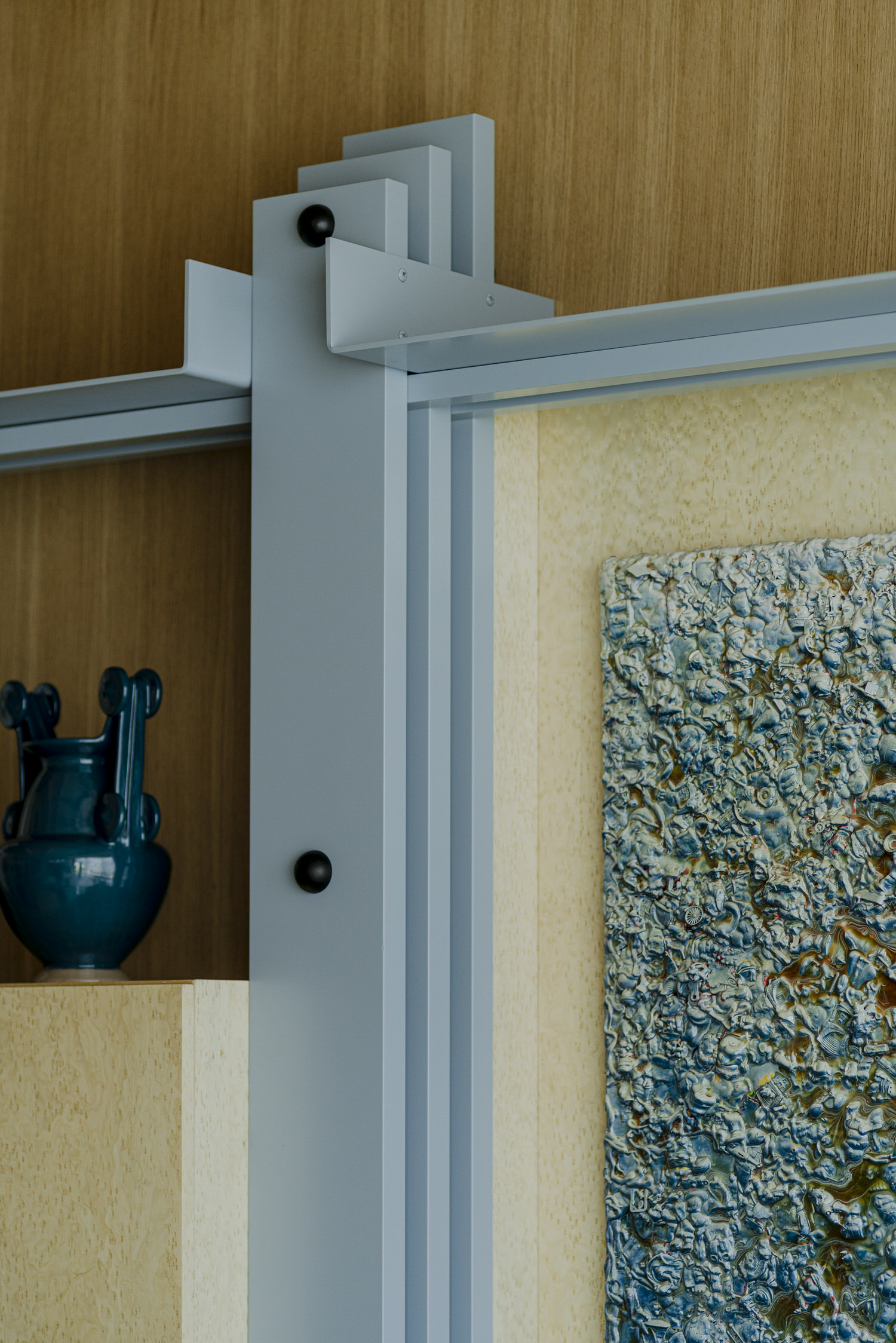 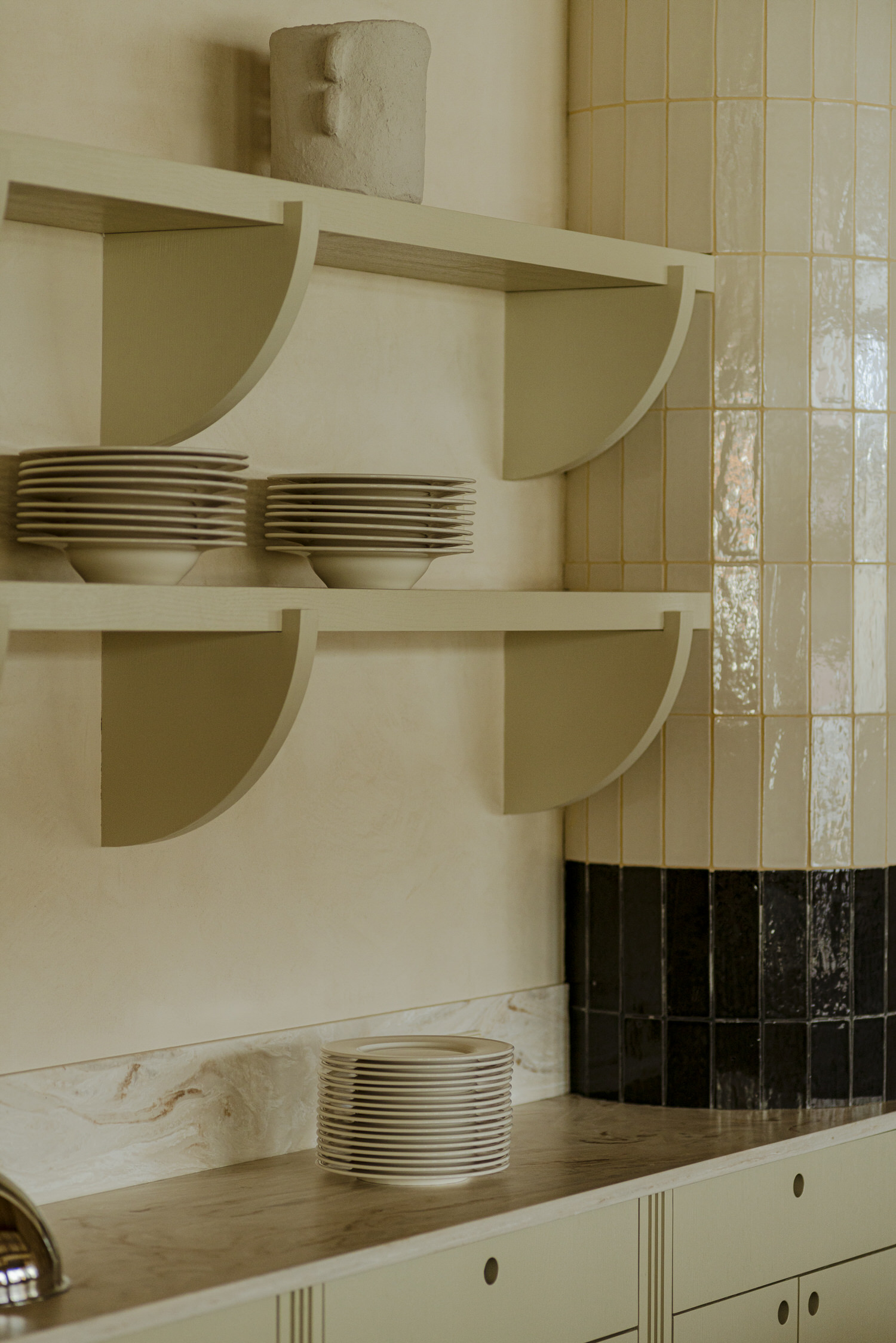 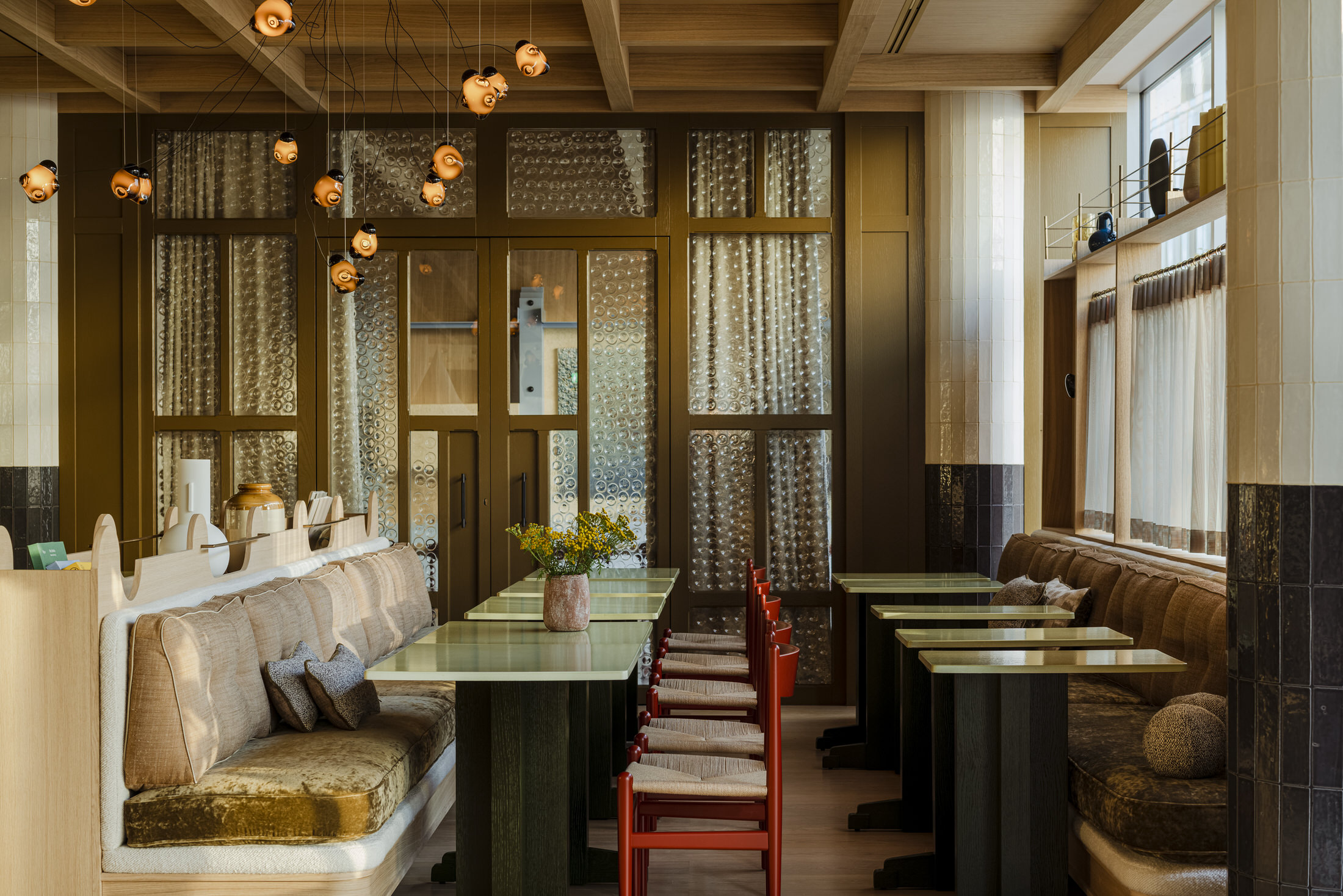 Passing the reception reveals a school canteen-inspired layout with a centralised restaurant and bar — one that acknowledges the functionalism of the ’60s. The design of the layout is intentional, with furniture pieces carrying complementary colours of fire truck red and mint green, added with the occasional touch of brassy browns and light baby blues — grouped colour patterns suitable in transforming the interior’s function at different times of the day.

Across the hotel, it’s evident a lot of love was placed within the curation of the space. Like total design mixed with hints of art-deco, certain feature walls in transitional spaces, banquette seating in the bar area, and the walls of the bedrooms are designed to appear sculpted yet still functional as a door, storage or a picture frame at the same time. Zesting up the flair of the living art, hotel includes selected designer pieces that complimented the natural oak and honey-coloured curtains and Hotel PURO Kraków’s local artwork collection, including photographs and paintings by ‘Tomasz Baran, Małgorzata Malwina Niespodziewana and Tomasz Wiech; and woodcuts, mixed gouache-collage, hook weaves and lithographs, created respectively Marta Wojtuszek, Tomasz Opaliński, Agnieszka Owsiany. 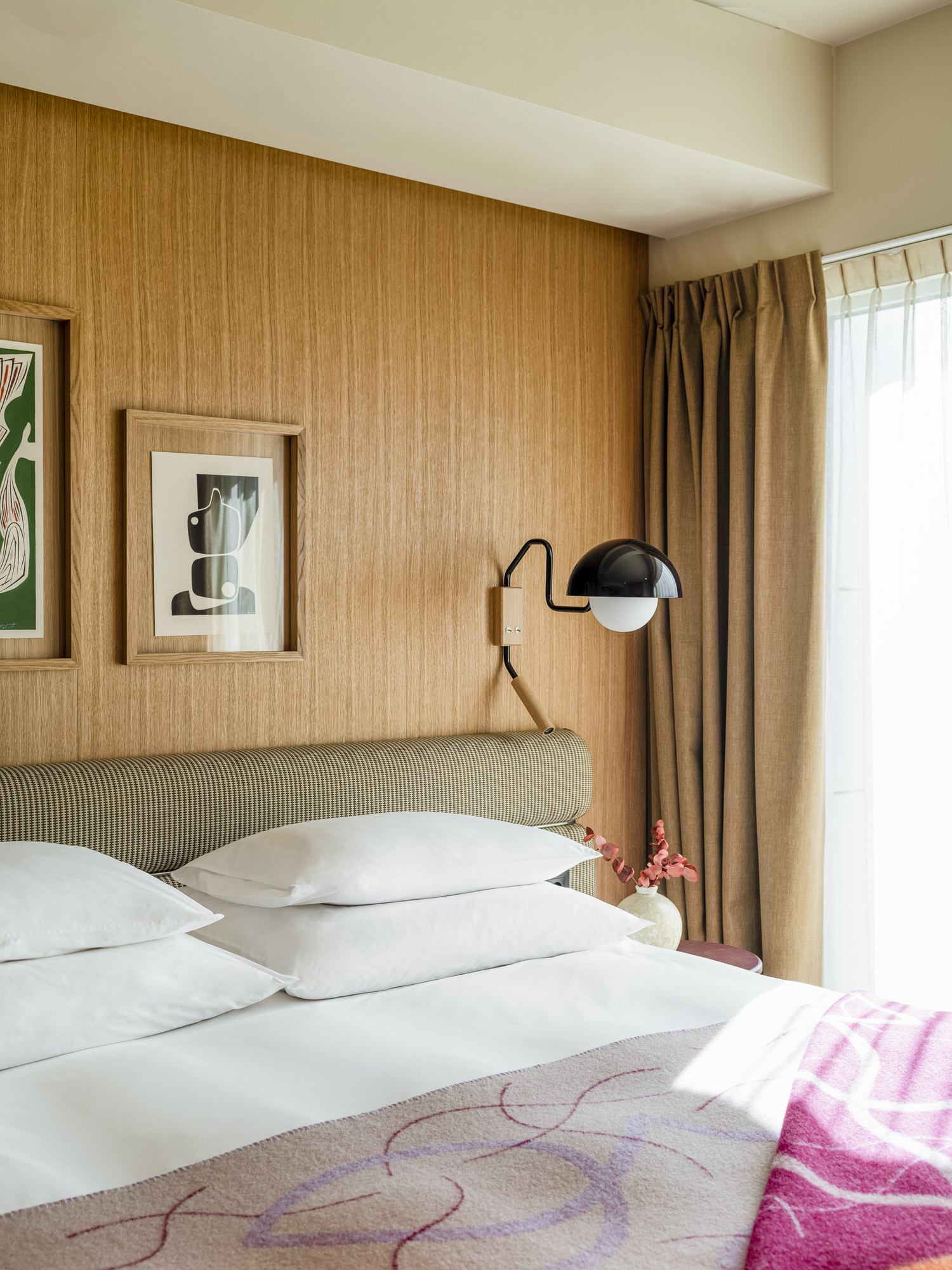 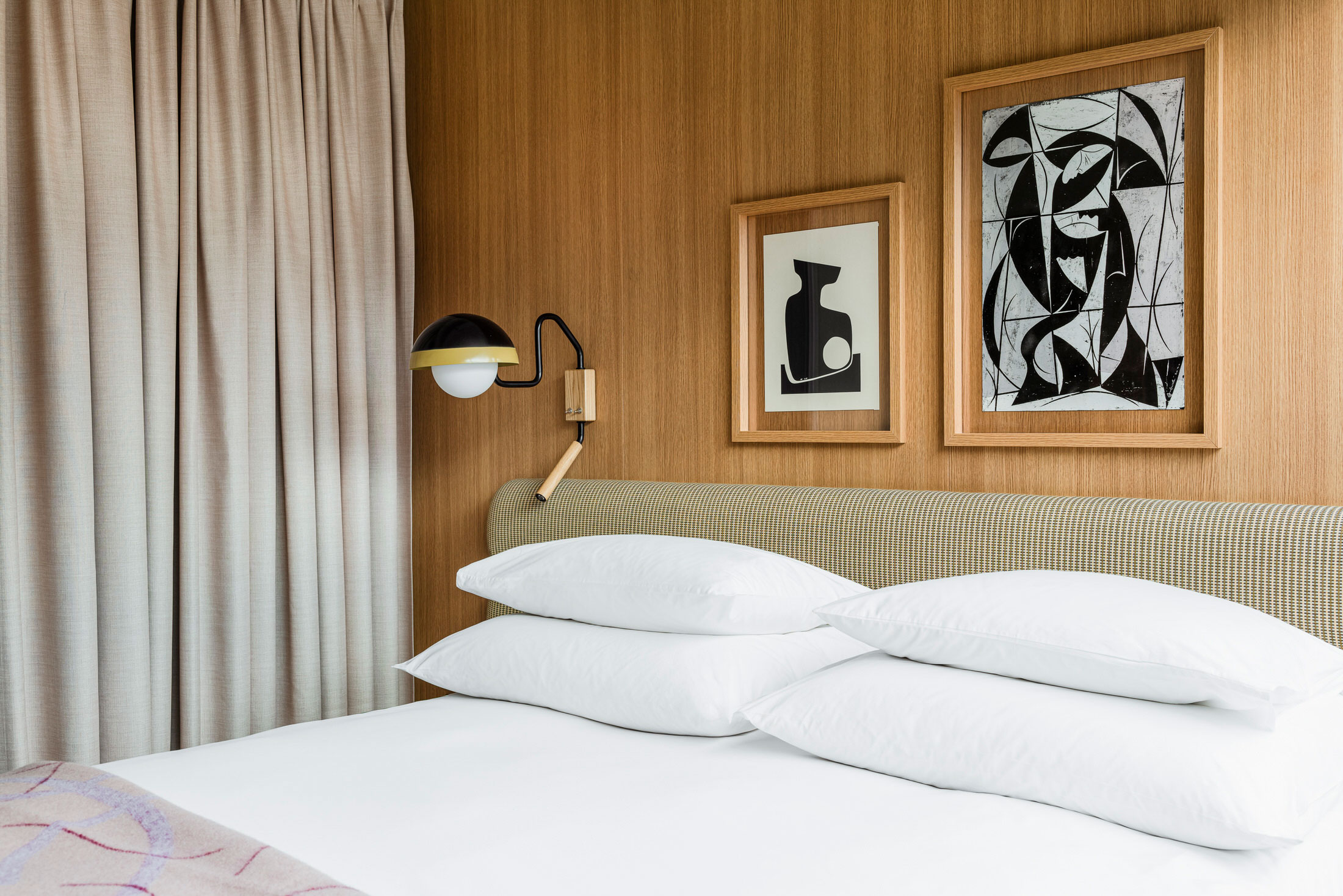 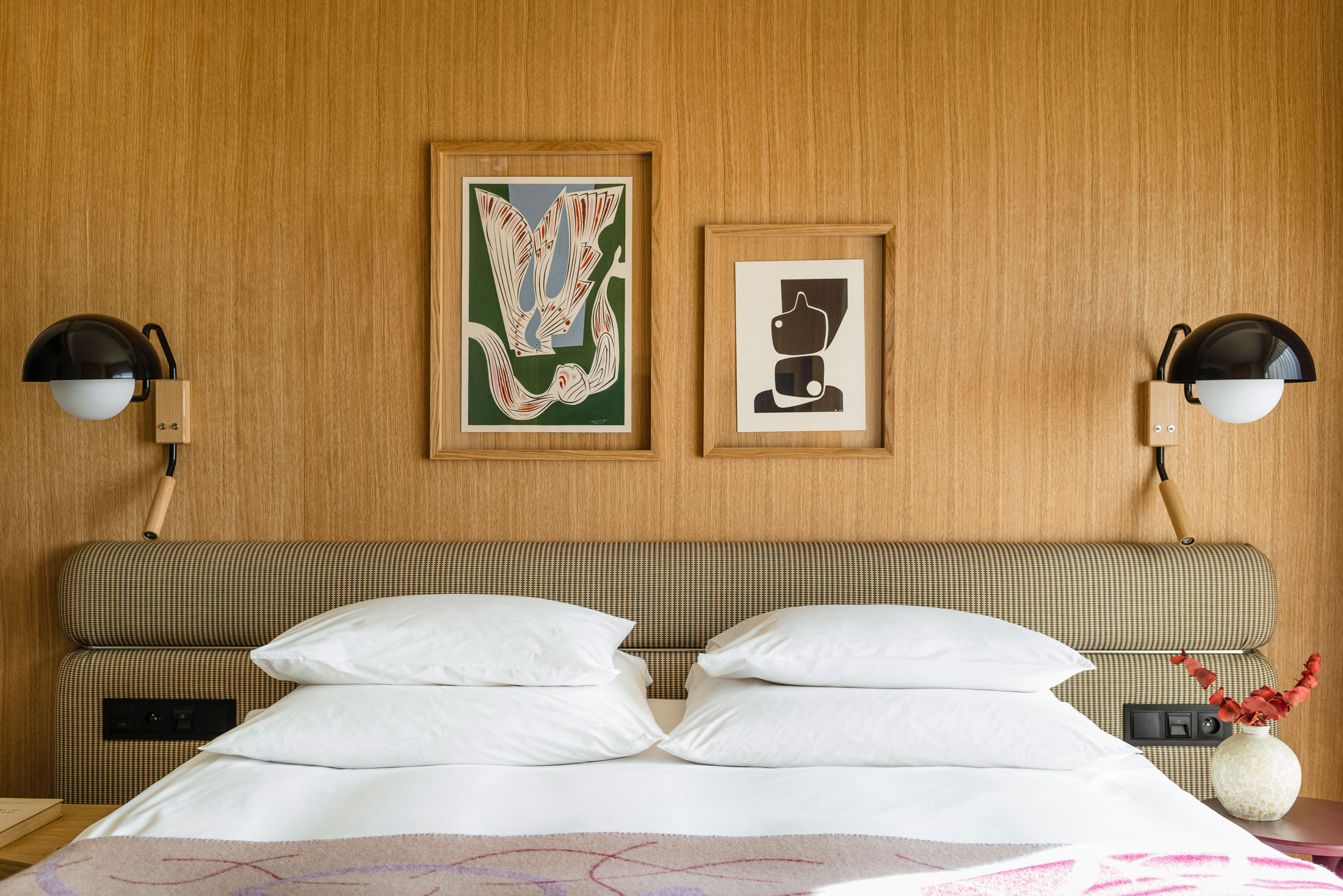 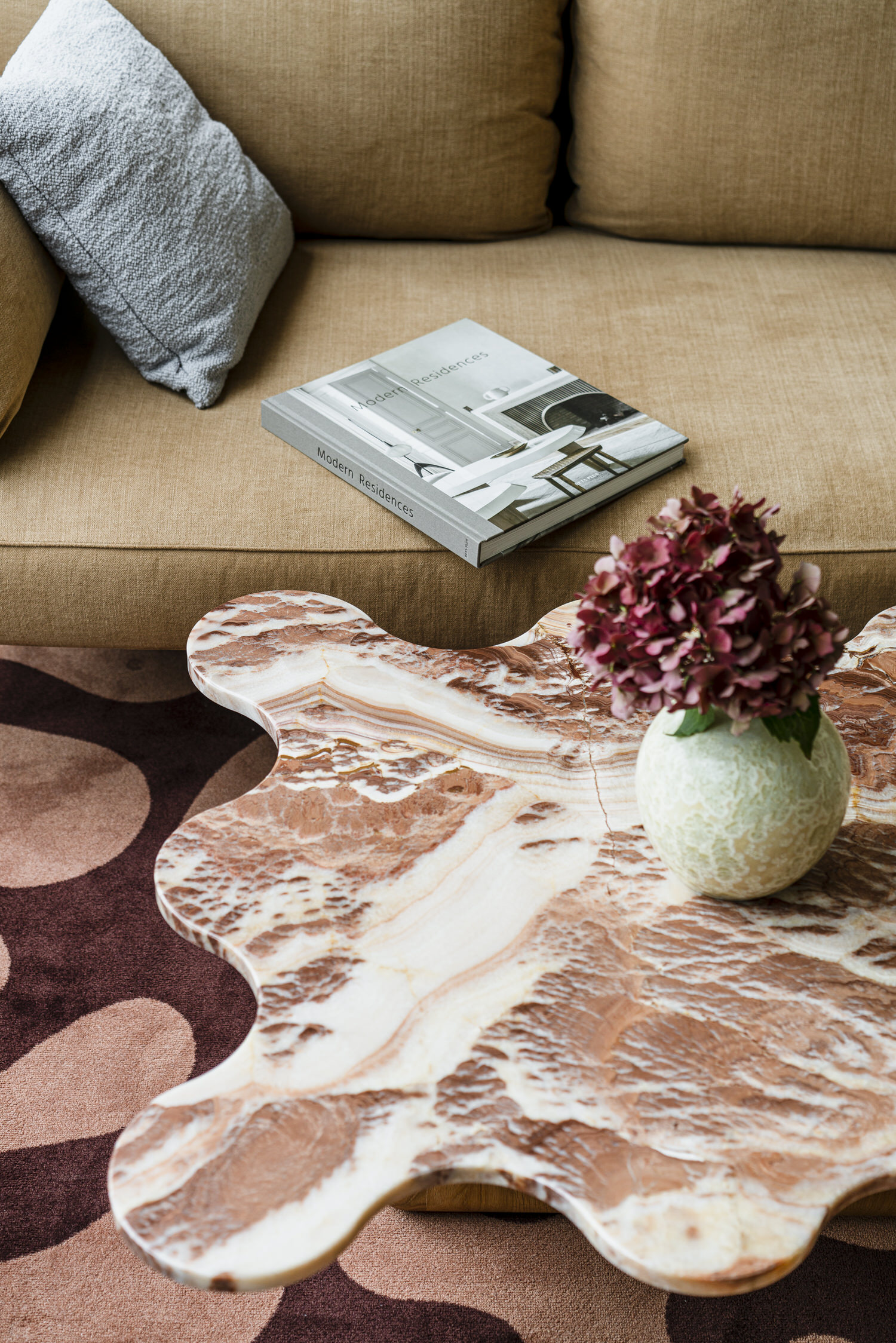 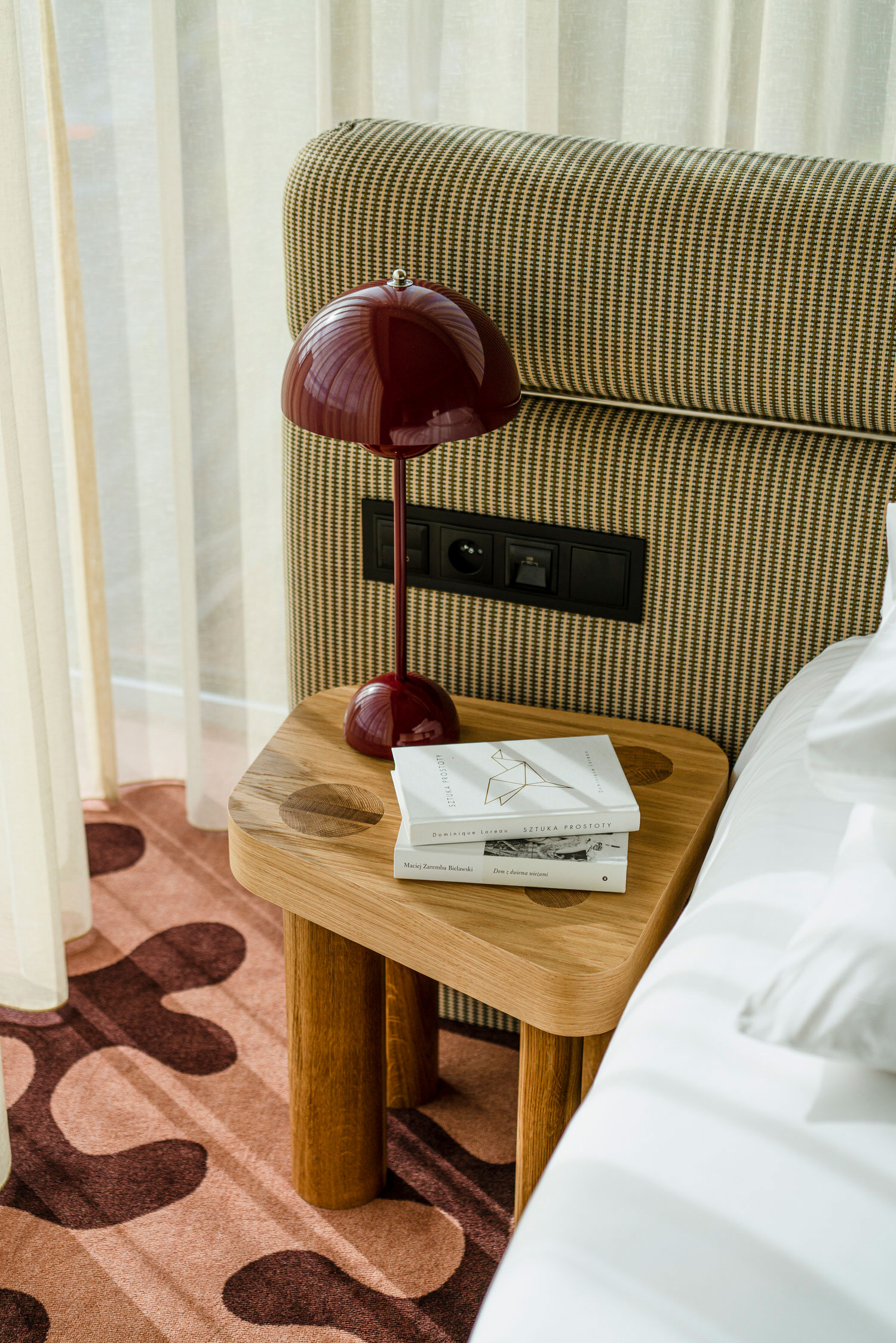 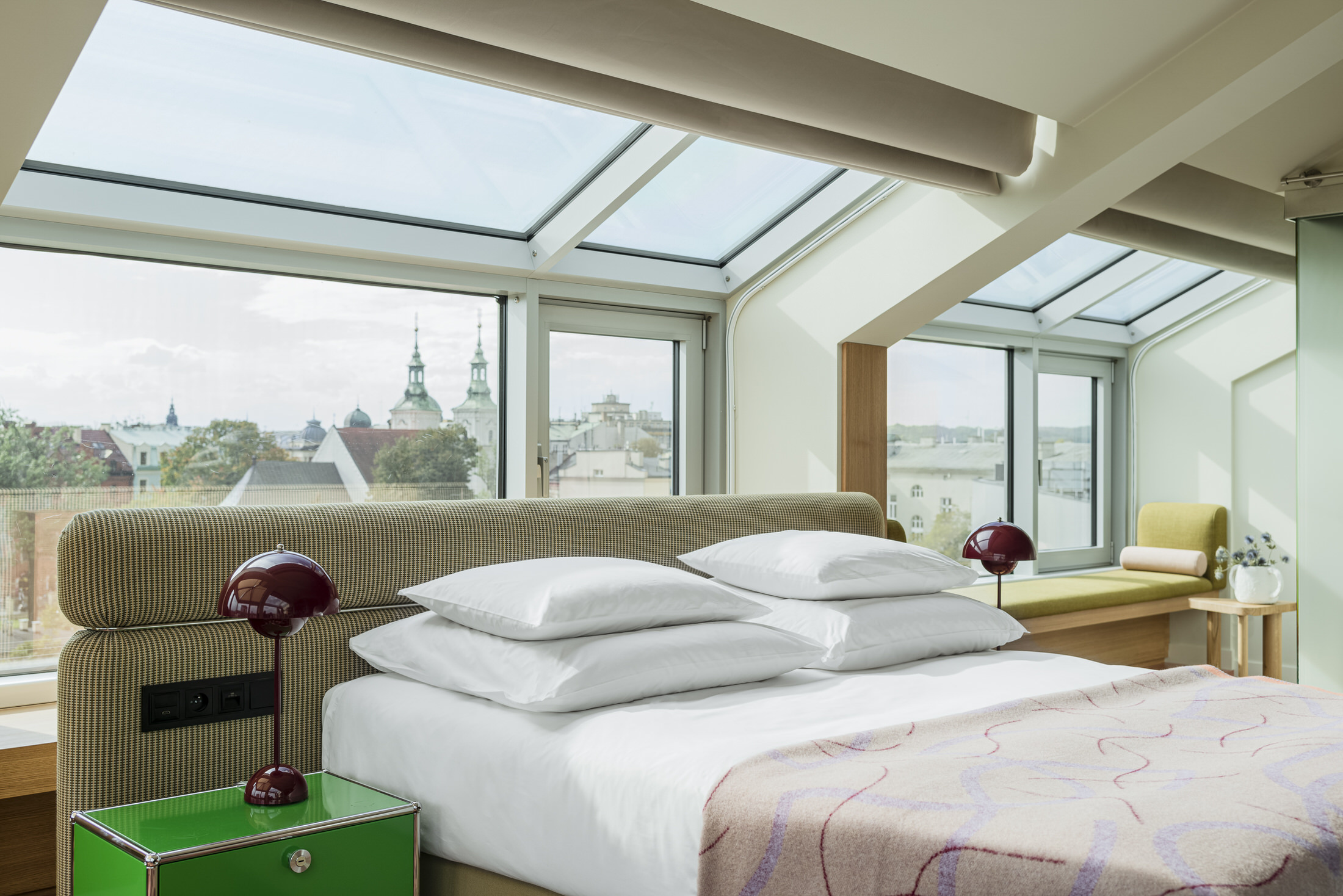 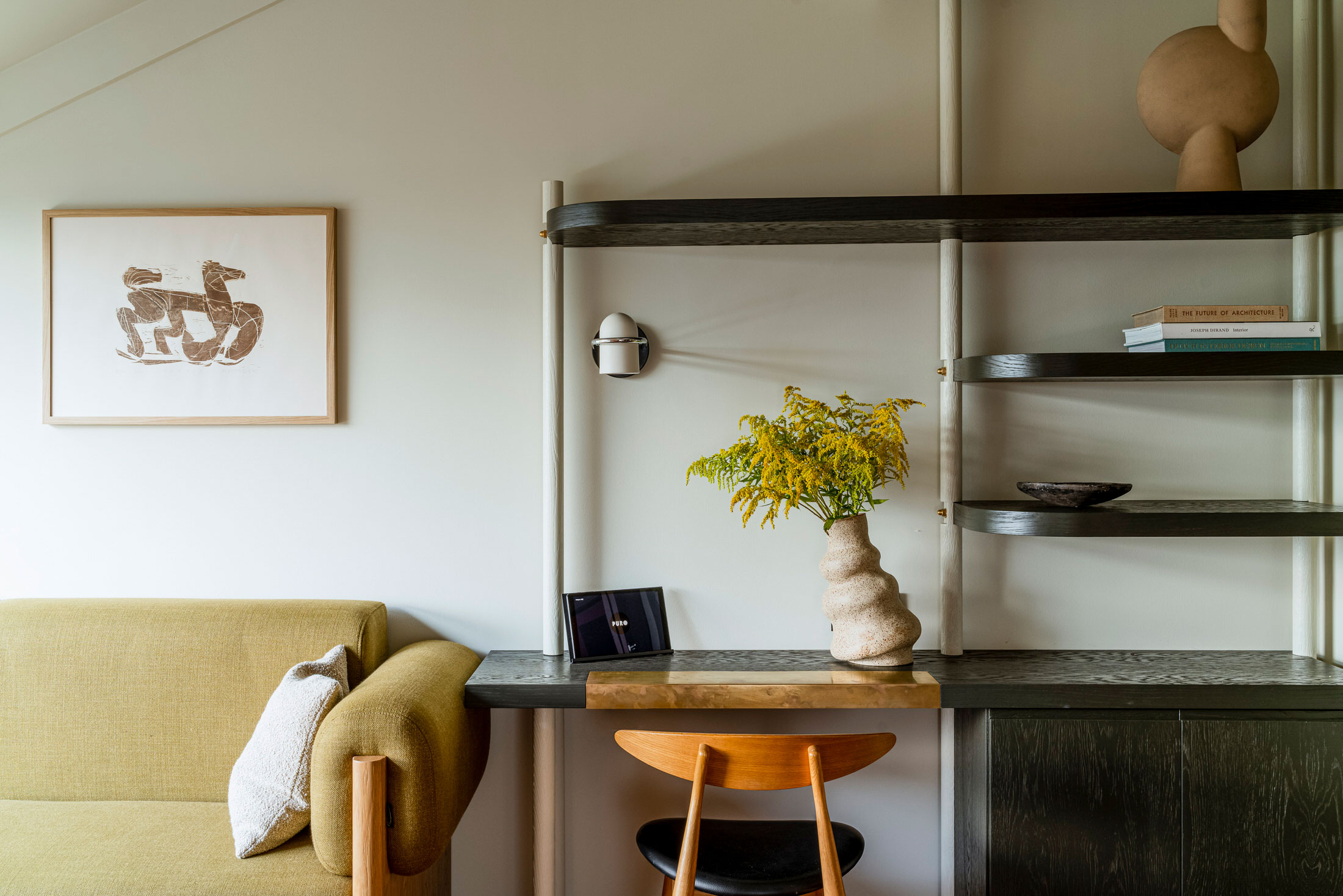 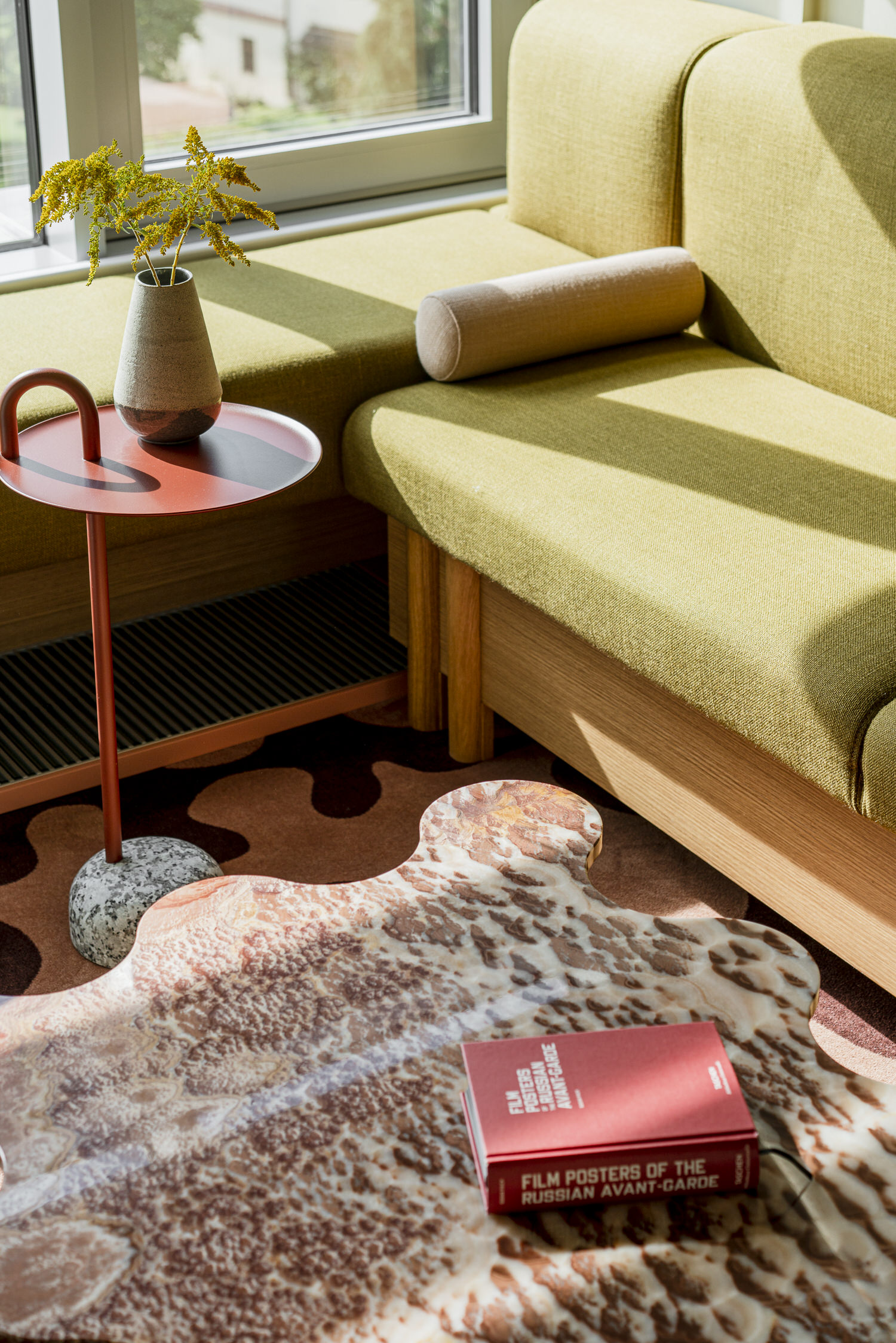 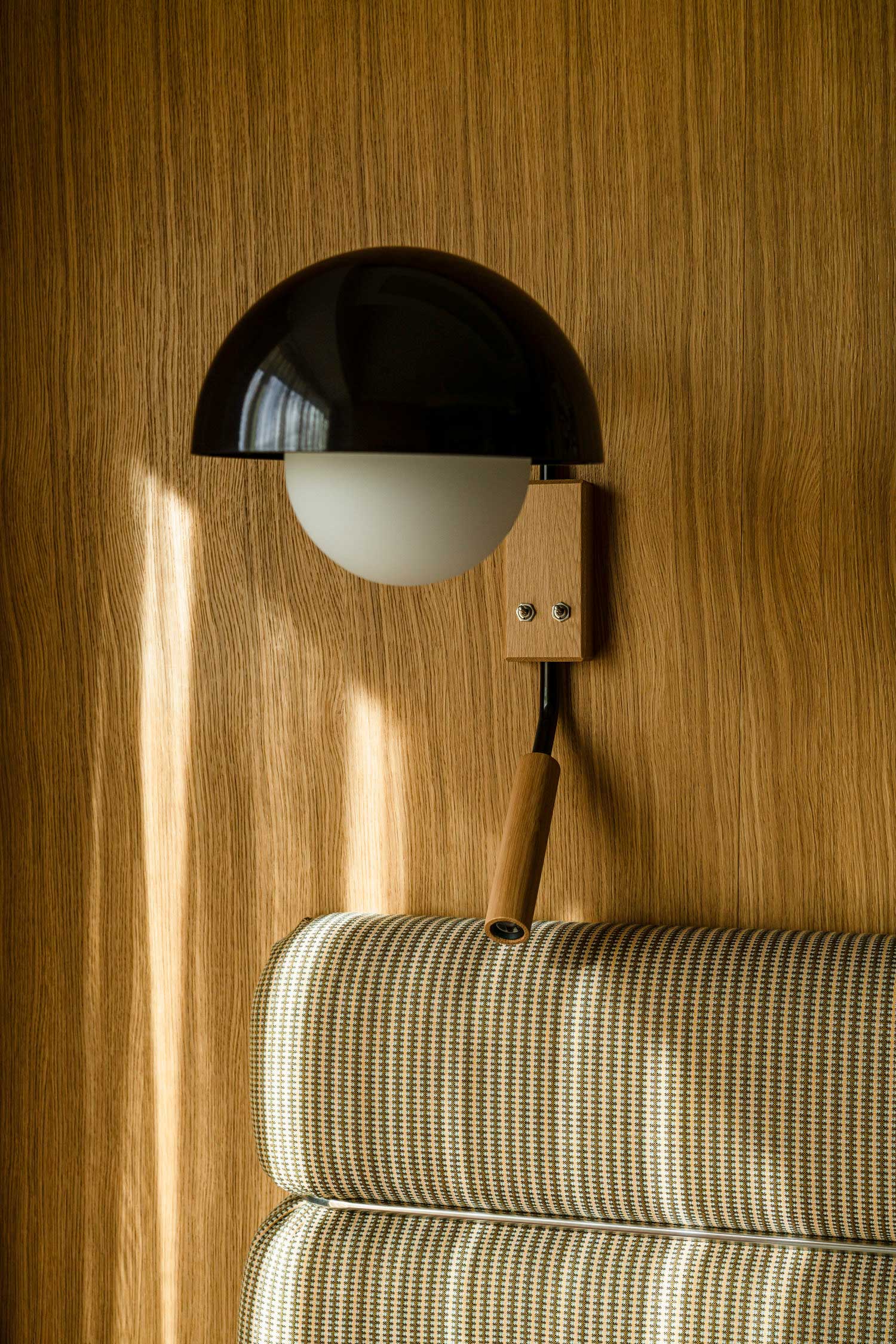 Pared back European and Scandinavian furniture and lighting selected from classical designers (Artek, Carl Hansen and Cassina) are complimented with emerging designers (Massproductions, Wastberg, Dirk Vander Kooij, Areti, Verpan, Bocci, Friends & Founders, Tom Dixon) to balance taste to avoid the accidental kitsch. Some of these items are carefully chosen to also reflect in the curvy geometries found in the carpets and joinery used to decorate above the modernist floor tiles seen in the open lobby of the hotel.

I’m running out of words to describe how excited I am by which, to me, feels like a living and interactive art installation. A place that is rich in history communicated through combining nostalgia and modern lens together — it’s a renewed deep appreciation of an emotional past while adding a new hopeful interpretation altogether.