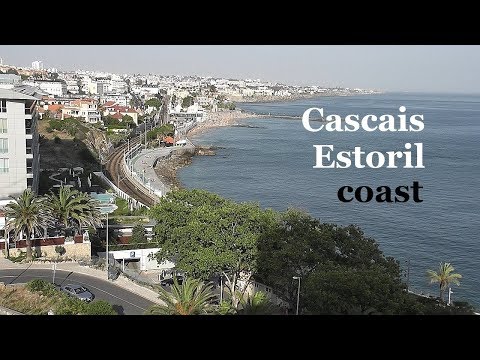 Cascais is a coastal municipality 30 kilometres (19 miles) west of Lisbon; it is a cosmopolitan suburb of the Portuguese capital and one of the richest municipalities of Portugal. There is a large yacht harbour and several small sandy beaches in and around the town. The city has the ruins of a castle, an art and an ocean museum, as well as parks and cobbled streets in the historic centre. The town has many hotels and tourist apartments as well as many restaurants. It is also becoming a popular golf destination, with over 10 golf courses nearby. Surfing, sailing, windsurfing, and kitesurfing are also popular in the region due to favourable weather, wind, and sea conditions.

The Estoril coast is relatively close to Lisbon, the Portuguese capital; it extends 15 kilometres (9.3 mi) from the capital. Estoril includes several smaller boroughs and localities along the coastline, namely (from east to west): São Pedro do Estoril, São João do Estoril, Santo António do Estoril (or simply Estoril) and Monte Estoril, as well as other to the interior. Estoril is popularly recognized for the Casino Estoril, widely regarded as Europe’s largest casino.
________________________

The Portuguese Riviera is the coastal region to the west of Lisbon, Portugal, centered on the towns of Cascais, Estoril, and Sintra. It is coterminous with the Estoril Coast (Costa do Estoril) and occasionally known as the Costa do Sol (Sunny Coast). The region is known as a popular luxury resort area and for its history as a home of the wealthy and famous.