Peek House is a redevelopment and extension project of a Victorian cottage in the diverse urban suburb of Brunswick, Melbourne, by . 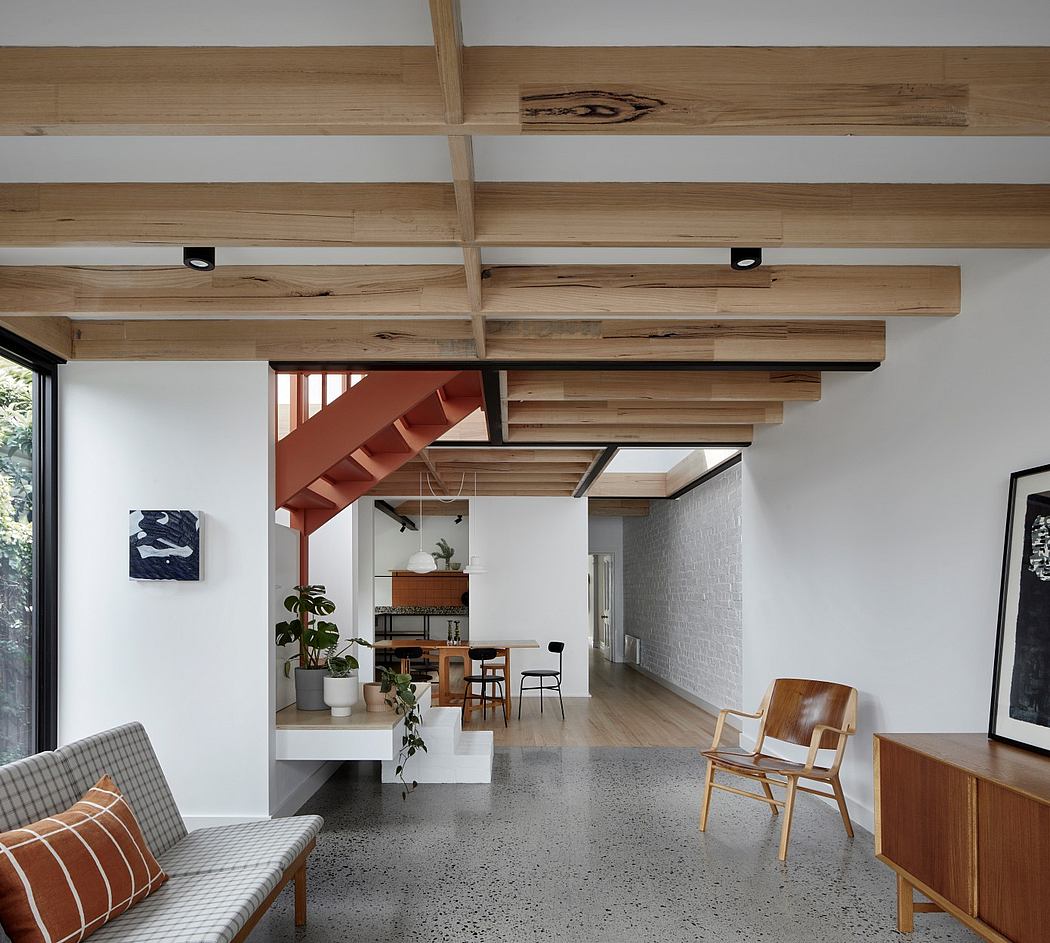 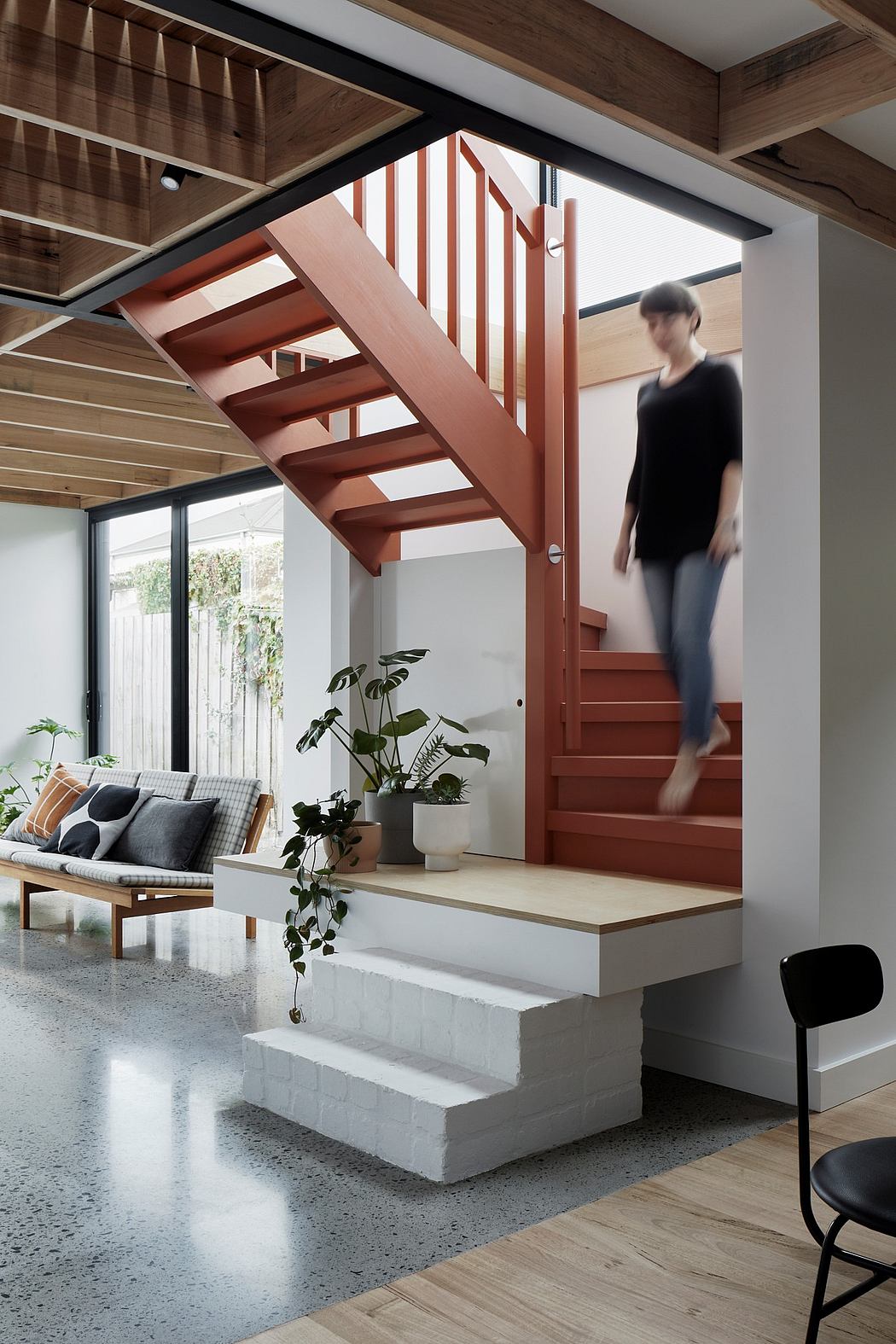 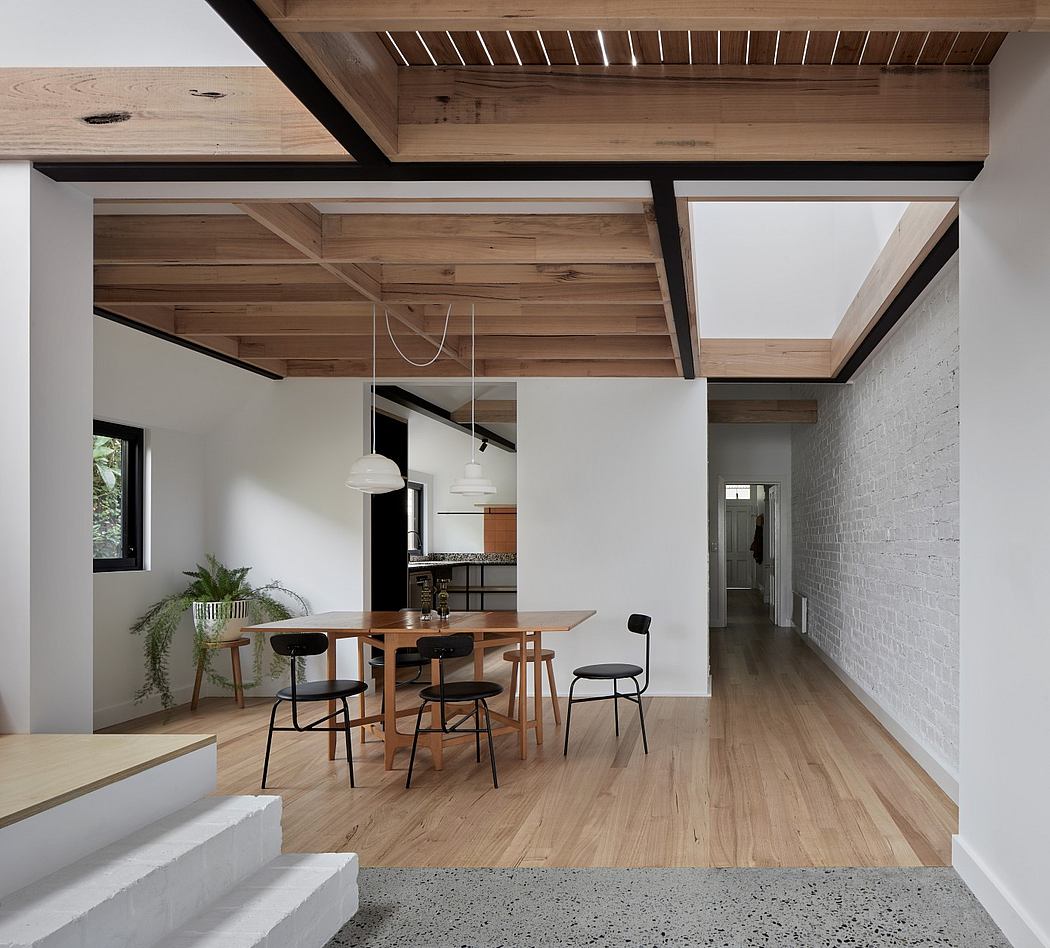 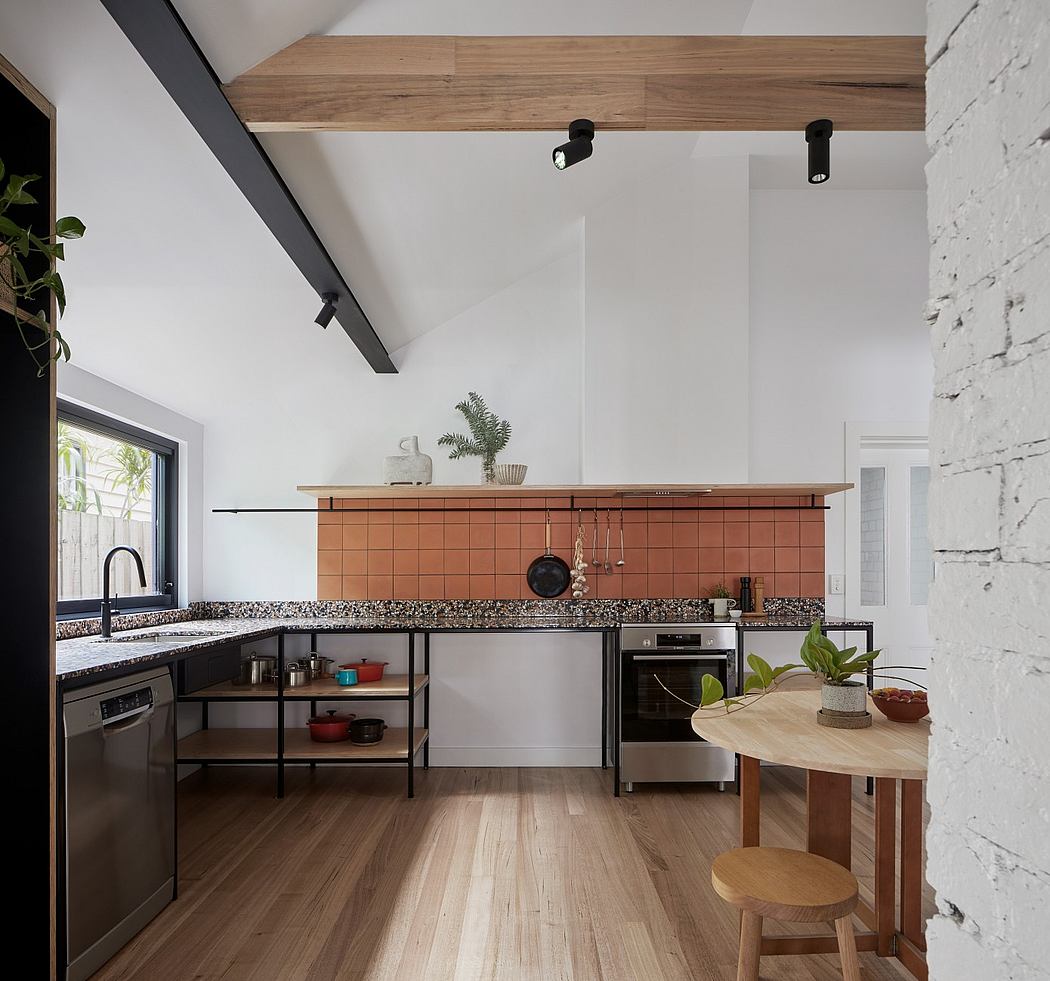 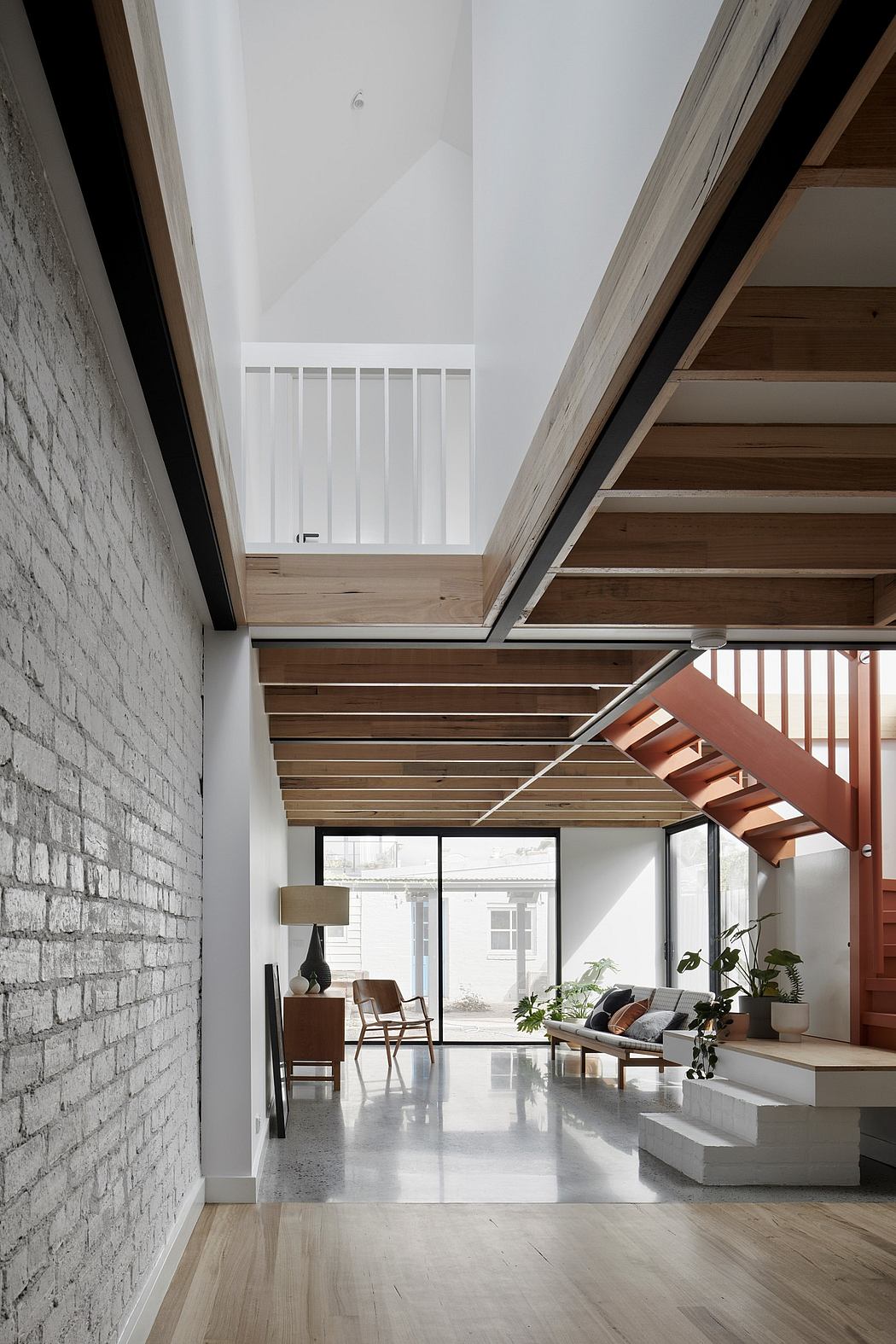 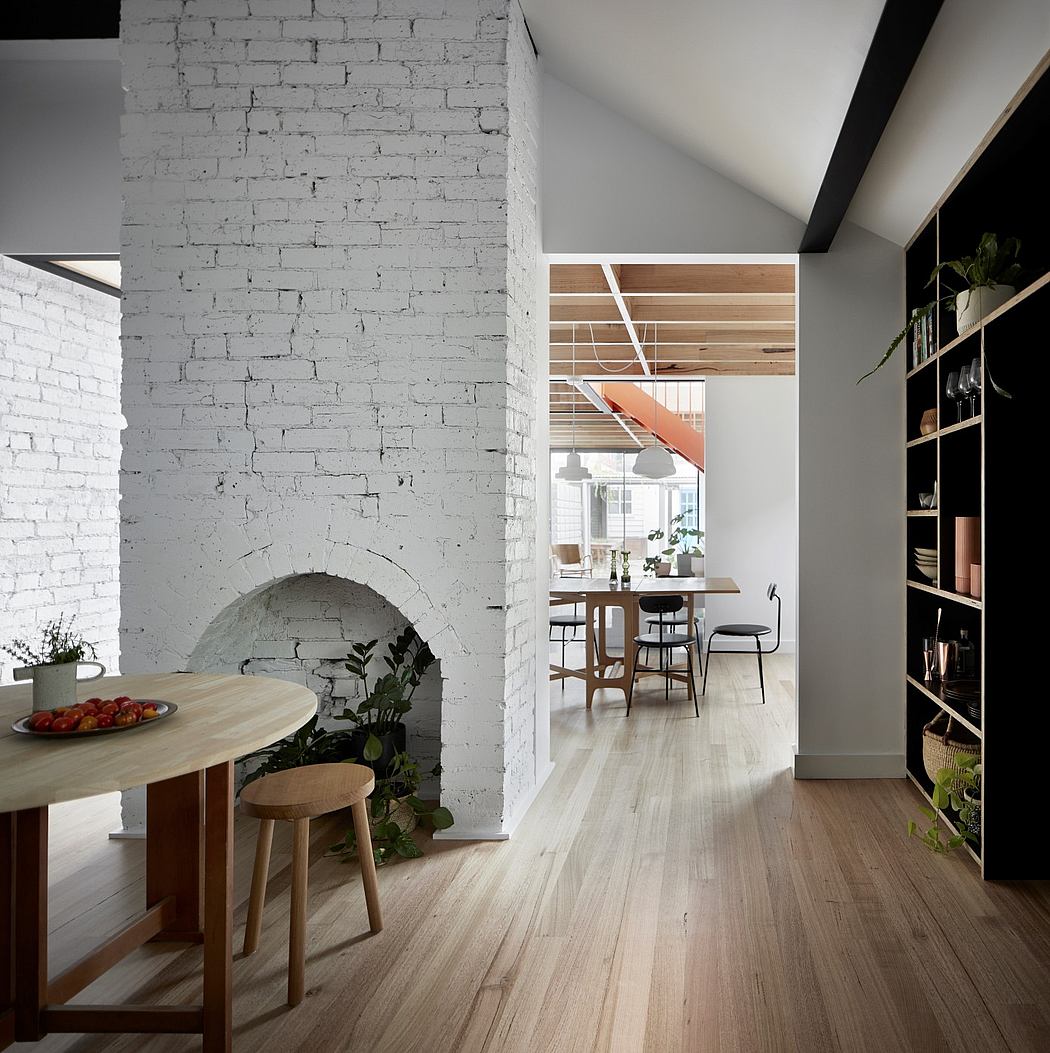 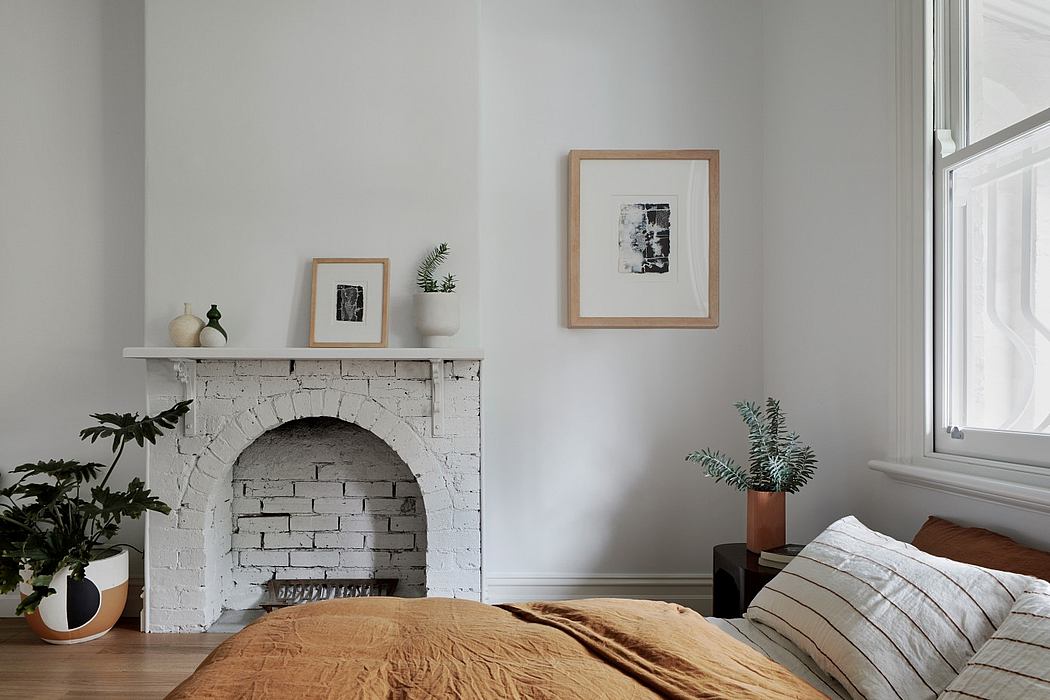 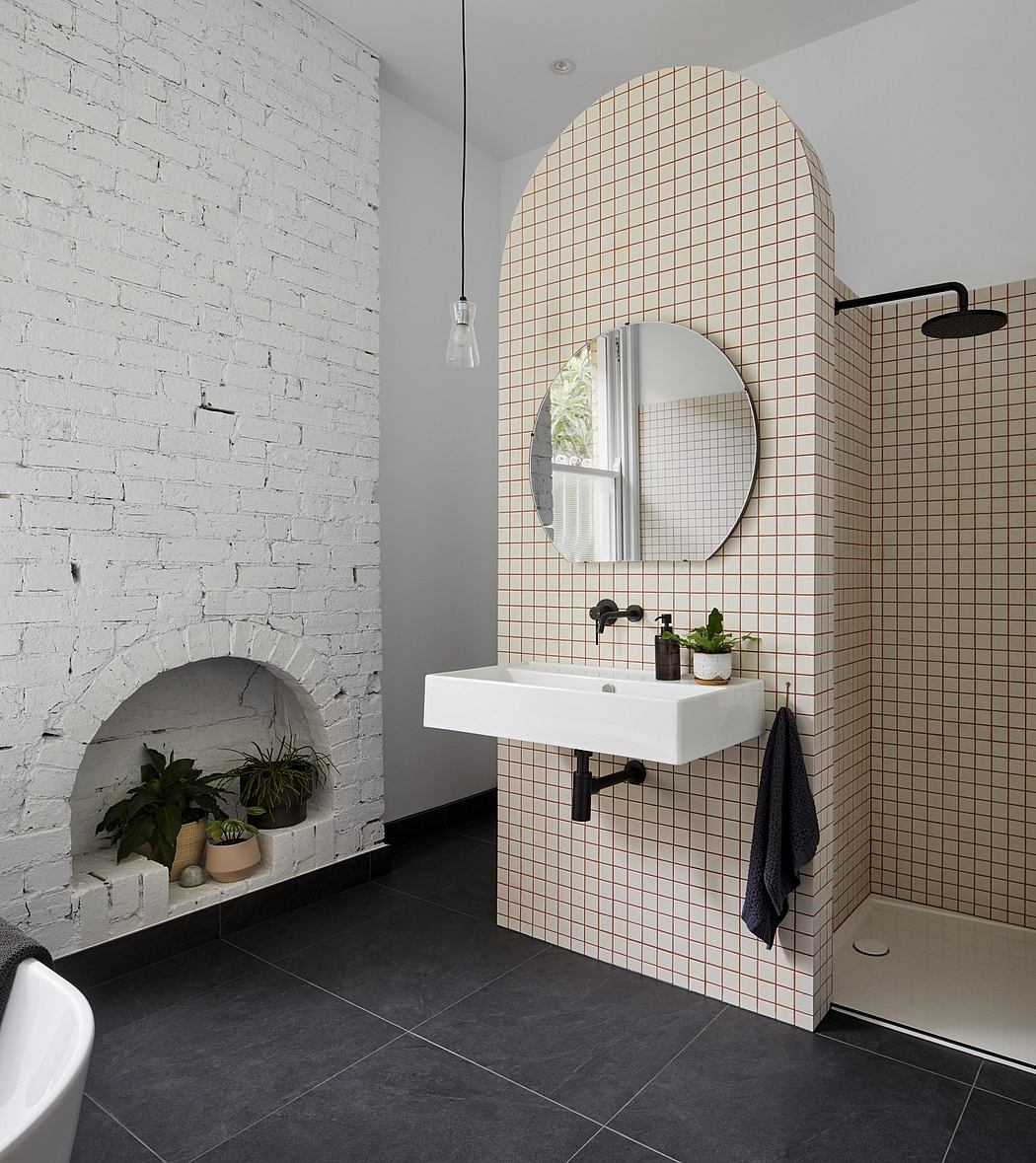 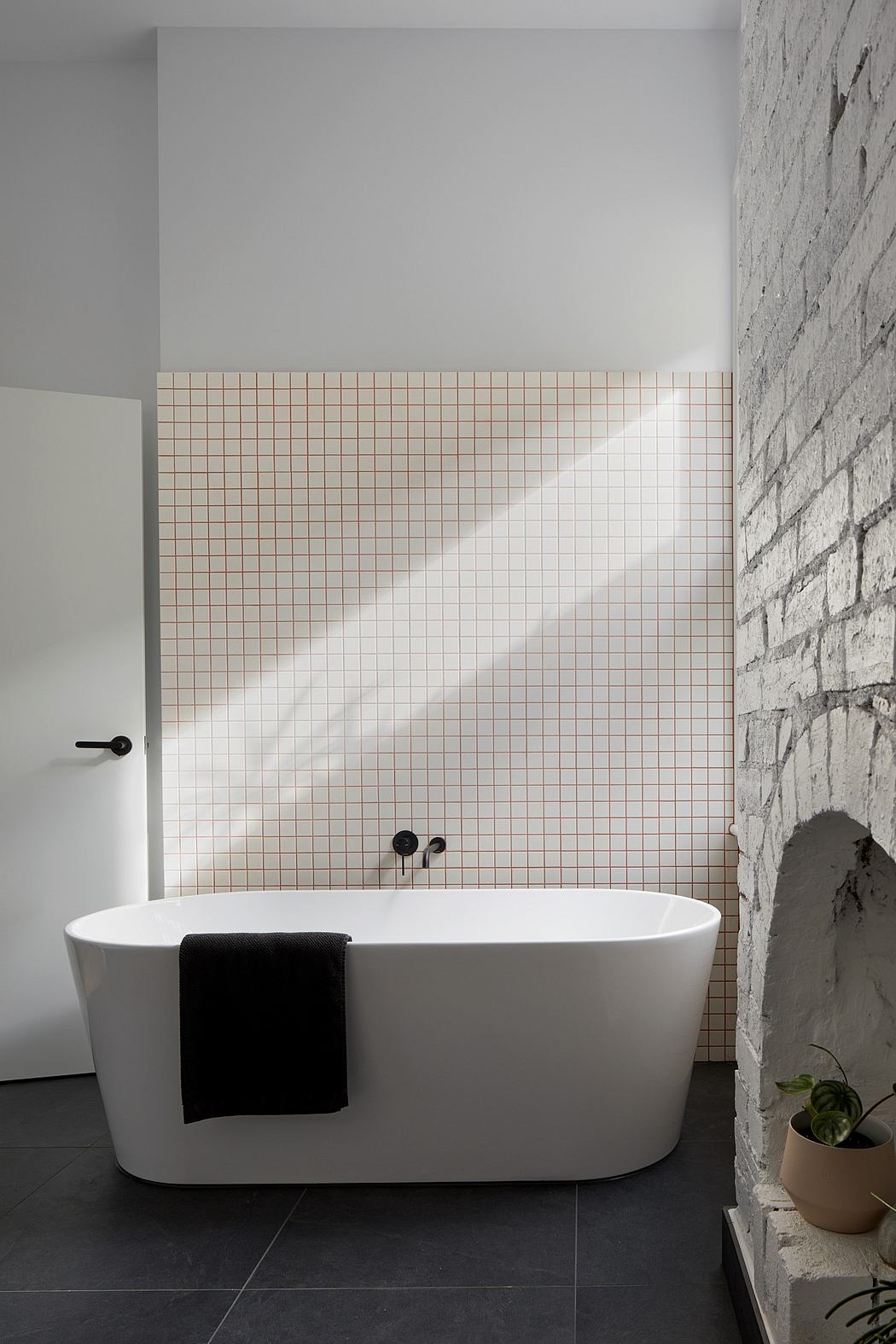 Peek House is an alteration and additions project to a Victorian cottage in the diverse inner-city suburb of Brunswick, Melbourne.

The owners, a couple, and two children bought the property some years back for the house’s heritage charm and separate rear laneway studio; perfect for the artist owner and visiting extended family. Over time the family outgrew the two-bedroom cottage and needed to address the houses worsening damp, dark, and cramped conditions.

The original heritage house consisted of two front bedrooms with a living room at the rear that was cut off from the garden by a series of lean-to add-ons that housed the kitchen, laundry, and bathroom amenities. The house grew increasingly smaller, darker, and lower as you traveled through the spaces.

The brief for this project was to provide a separate kids area, a larger integrated living area that connected to the outdoors, new modern amenities, and to introduce much-needed natural light and volume on what is a very tight site. It was also imperative that the renovation addressed the damp subfloor conditions and improved the overall environmental responsiveness of the original house.

In addition to the functional brief was the owner’s desire to retain the rawness of character of the terraced cottage. It was vital to the owners that new works were not soulless additions, that we add a sense of individuality to their home, including some heirloom pieces, and avoided conventional cabinetry (particularly in the kitchen).

The first design response was to introduce a first floor that could accommodate the kids’ bedrooms and bathroom, but just as importantly, provide void spaces that would allow Northern and Western light to penetrate the lower floor living spaces. The tight site and planning conditions informed the sharp asymmetrical roofline resulting in a soaring peaked internal ceiling. An abundance of natural light refracting off all-white interiors creates a sense of the ethereal hidden amongst the urban grain. Externally, the first-floor addition peeks subtly above existing undulating rooflines from the rear laneway and is entirely invisible from the front heritage façade. A triangular gap between old and new rooflines provided an opportunity to bring Northern light into the lower floors via a light void. This aperture acts as a sundial projecting a triangular beam of light across the walls throughout the day.

On the ground floor the verandah, front entry, and main bedroom had their original cottage character retained and restored. The second bedroom was converted into a combined bathroom laundry while still retaining the room’s heritage proportions and features. This was achieved by inserting shaped tiled partitions to create different zones, rather than carving up the room with full height walls. The shower and laundry are concealed behind an arched vanity wall, which references and addresses the original brick fireplace. Small mosaic tiles with terracotta grout and the imperfection of existing brickwork add texture and boldness to this simple compact space.

Past the front original front rooms is the new open plan kitchen, which was formerly the living room. The richness of terracotta and terrazzo combined with black steel framing and ply detailing. The owners opted for open shelving and exposed fixtures, rather than conventional cabinetry, complimenting their desire for a flexible uncomplicated living arrangement. The kitchen consists of custom prefabricated steel frames and ply shelving made on site by the builder. This design eliminated the need for a conventional cabinet maker.

Another retained original brick fireplace is the threshold into the new dining and living areas beyond. It is at this point that the house celebrates old and new, rough and smooth, dark and light. The home’s history is displayed through retained rough-textured brickwork located throughout the space, contrasting against crisp new plaster walls and polished concrete floors. With the owners’ desire for a raw character the first-floor addition structure was designed to be on display. Timber floor joists are exposed and structural steel beams frame void openings.

Heirloom pieces from the owner’s German heritage are dotted throughout the house: such as the mirror and pendant light in the bathroom and the opaline glass light fittings in the dining room.

Colour was extremely important in the creation of light, space, and texture in this project. Dulux ‘White on White’ was chosen for every surface; allowing light to bounce between spaces and highlighting textures between old and new.

Given considerable expense was required in the rectification works of the existing cottage foundations, some cost-saving measures were required which resulted in opportunities for bold interventions. An off-the-shelf staircase was emboldened with Dulux ‘Simply Terracotta’ which tied in the terracotta tiles and grout featured elsewhere in the interiors. The upstairs bedroom floors were simply sheeted and painted with Dulux ‘Asparagus Sprig’ for a fresh and playful effect.

What was once a dark damp house is now filled with light, color, and moments.