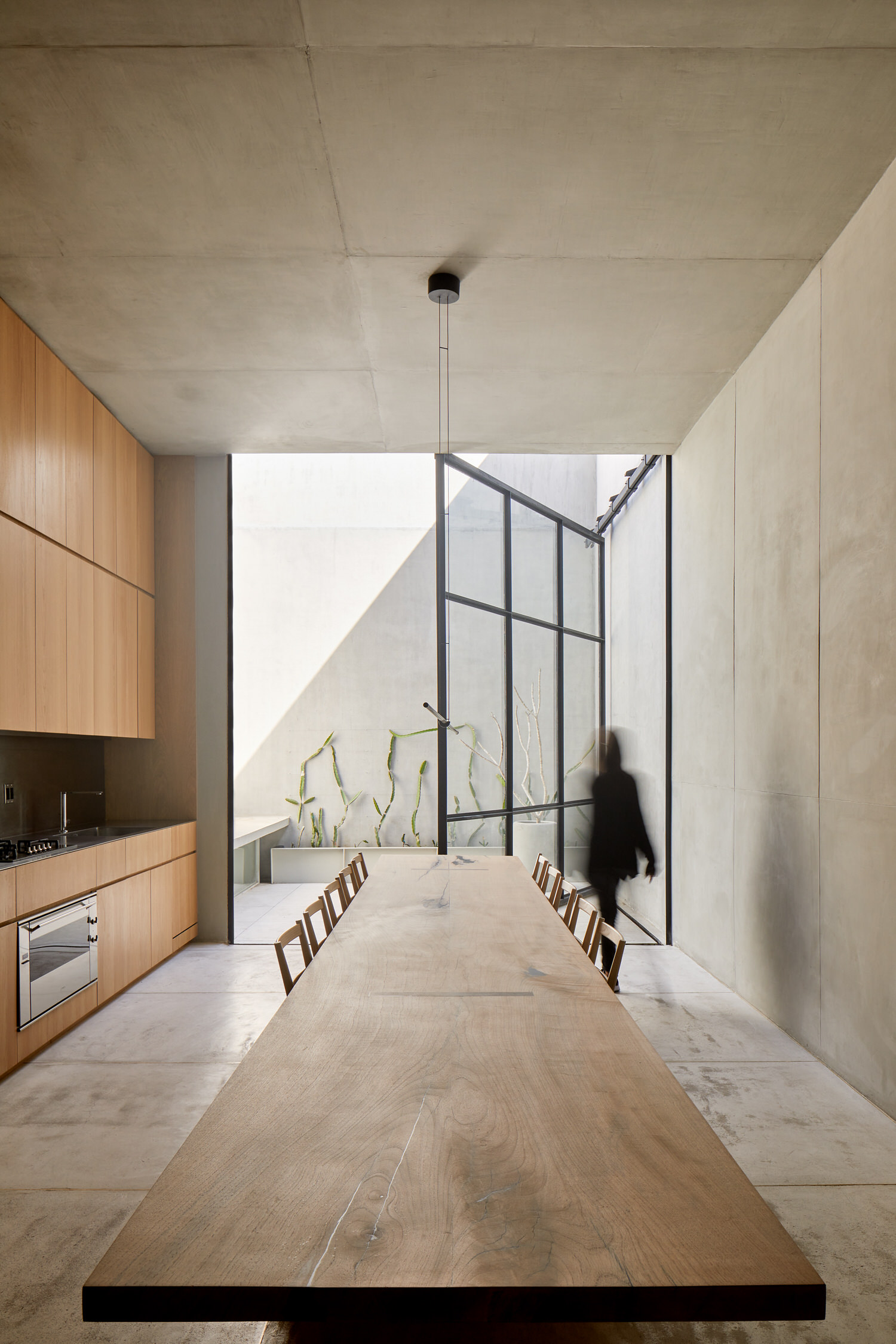 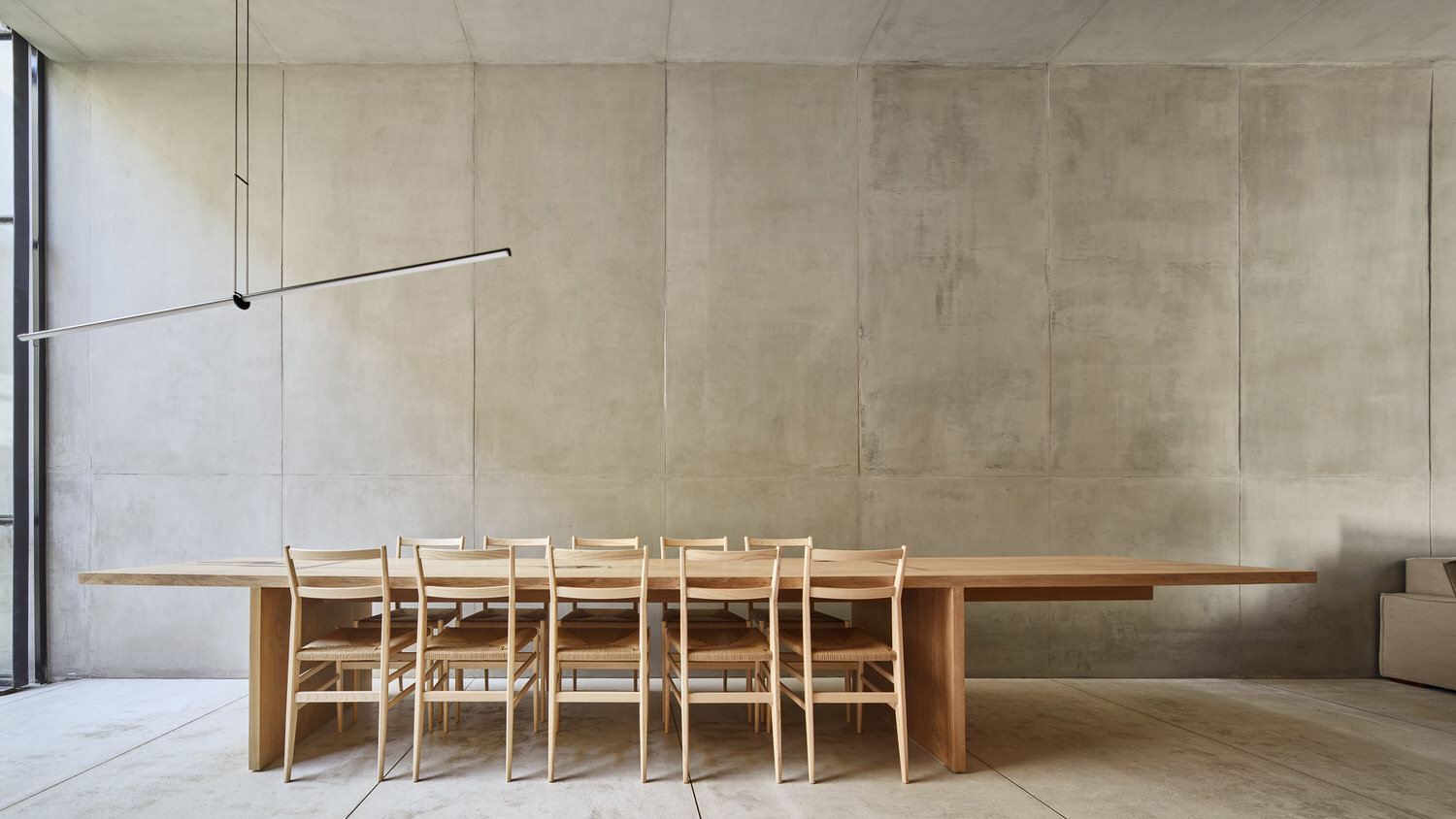 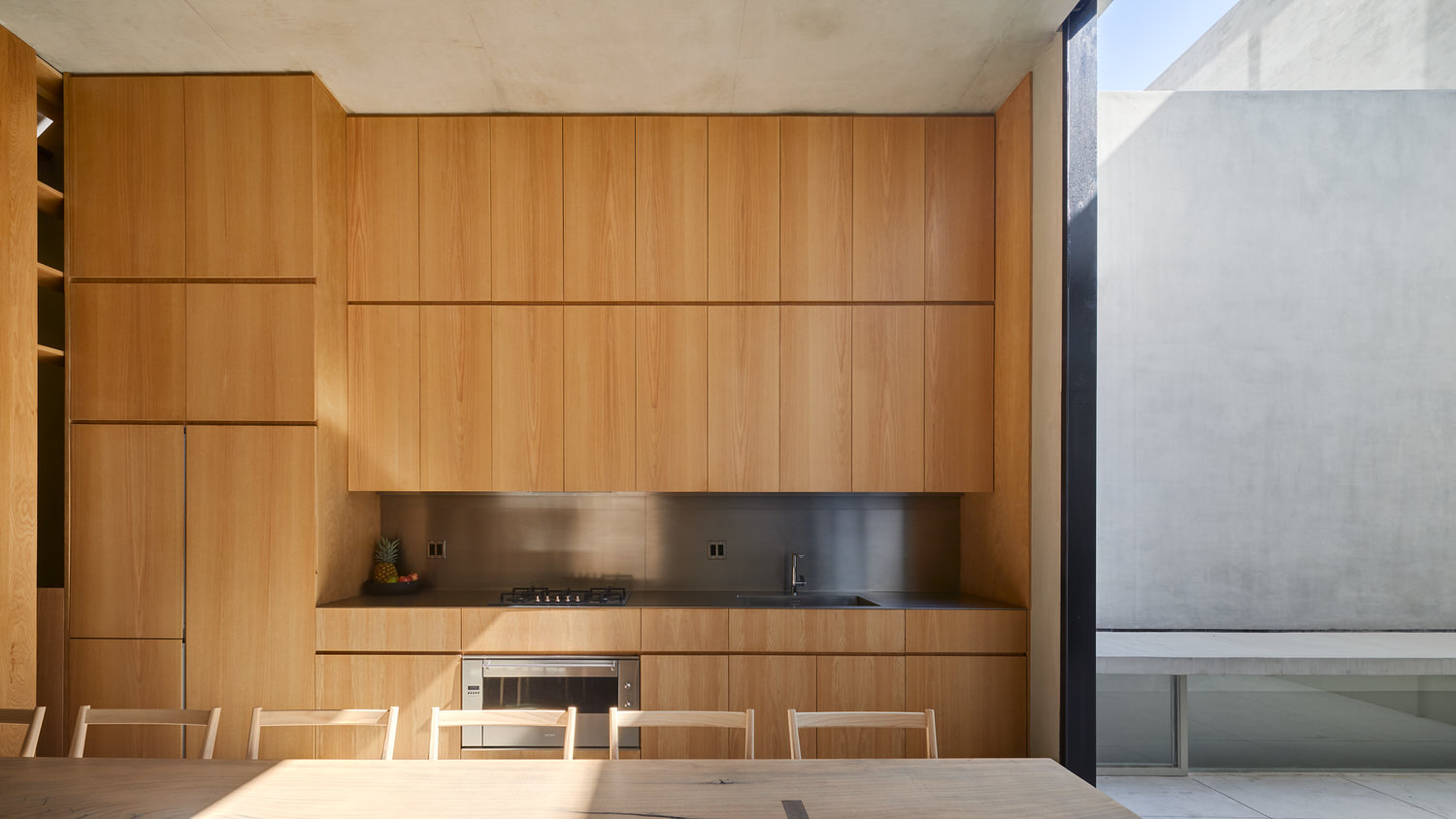 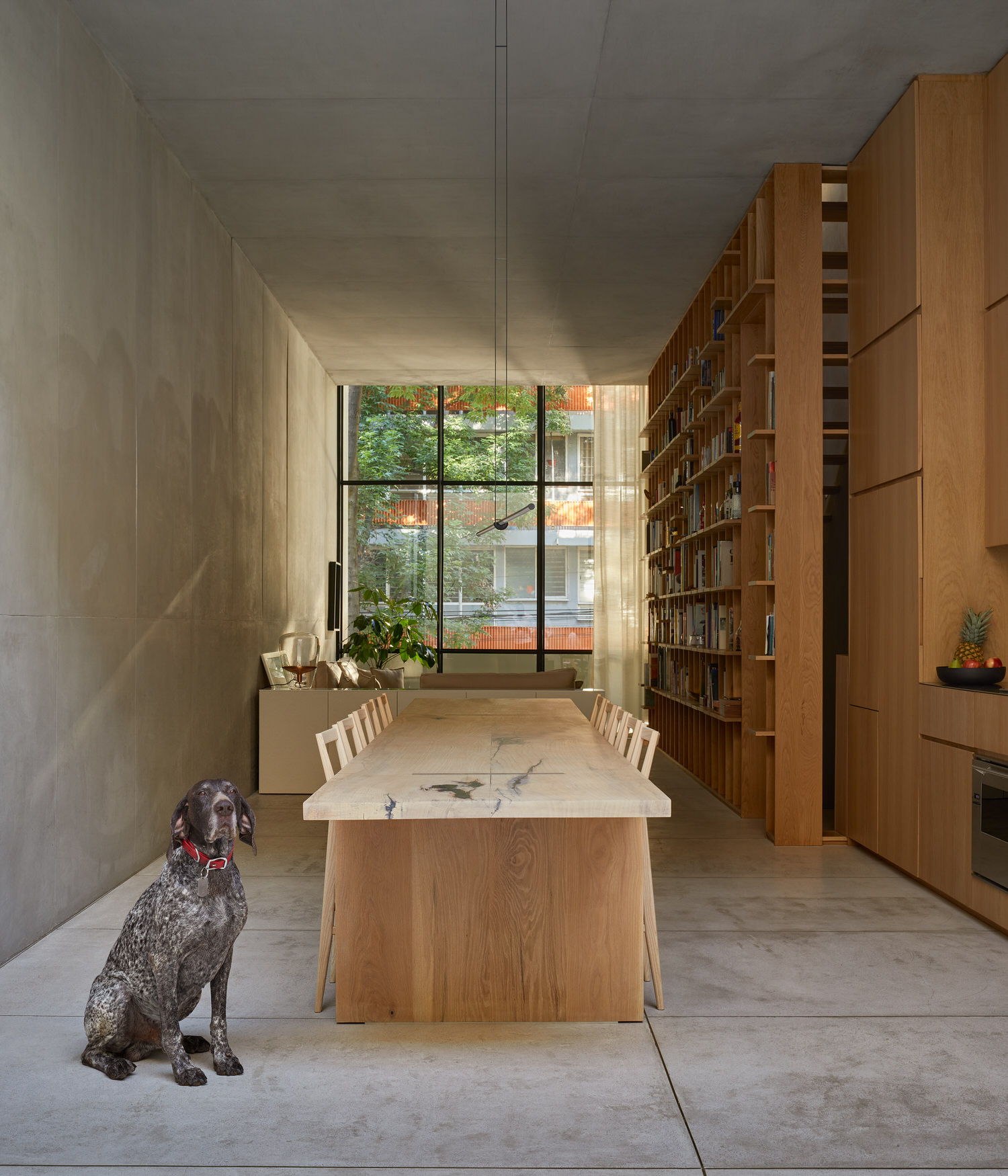 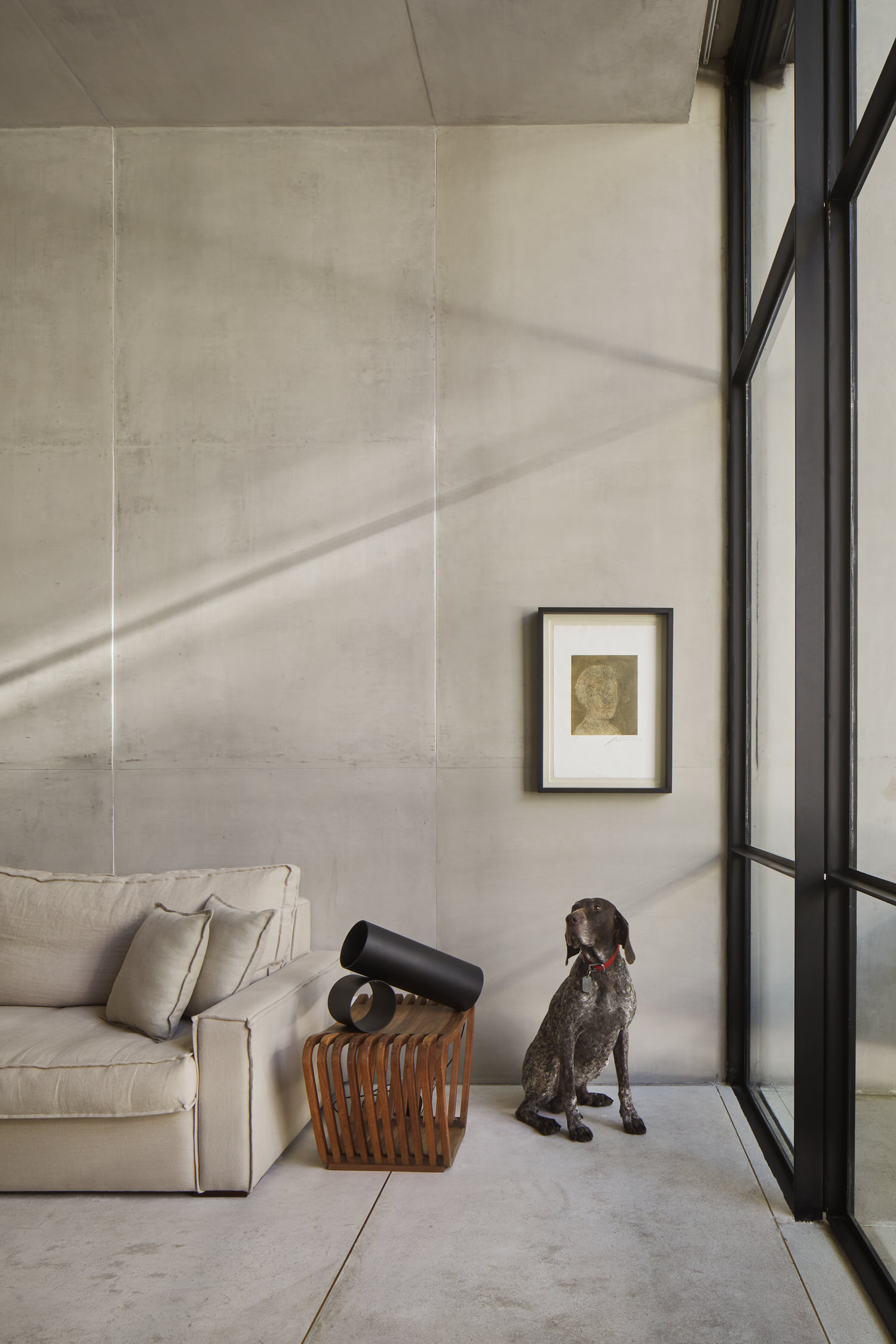 (PPAA) Pachuca Duplex stands as a fresh voice within , offering a new urban typology to a city that hasn’t yet fully embraced the concept of a . The 619-square-metre project consists of two independent, highly restrained, yet nuanced households, that are symmetrical and parallel to each other. The two homes are a celebration of proportion and material, proving that aesthetic and functional requirements can be achieved with simple, considered design.

Upon entering, the first impression is left by the expansive volume wrapped in concrete. The rawness of the exposed formwork creates an interior that feels solid and protective, shielding those within from the outside world. Both homes are constructed with three concrete walls and slabs that produce an industrial aesthetic. All other non-load bearing elements are built from timber, their warm, organic grain offering a counterpoint to the heaviness of the robust concrete shell.

A very special moment is one where the staircase begins to morph into a wall of shelving displaying an enviable book collection. The description of does not come near capturing the spatial impact of its presence – its golden form acting as the main decorative element in the interior. Timber steps collide with the shelf’s regular grid, bringing a subtle and unexpected irregularity to the scheme, creating a feature that is as beautiful as it is functional. 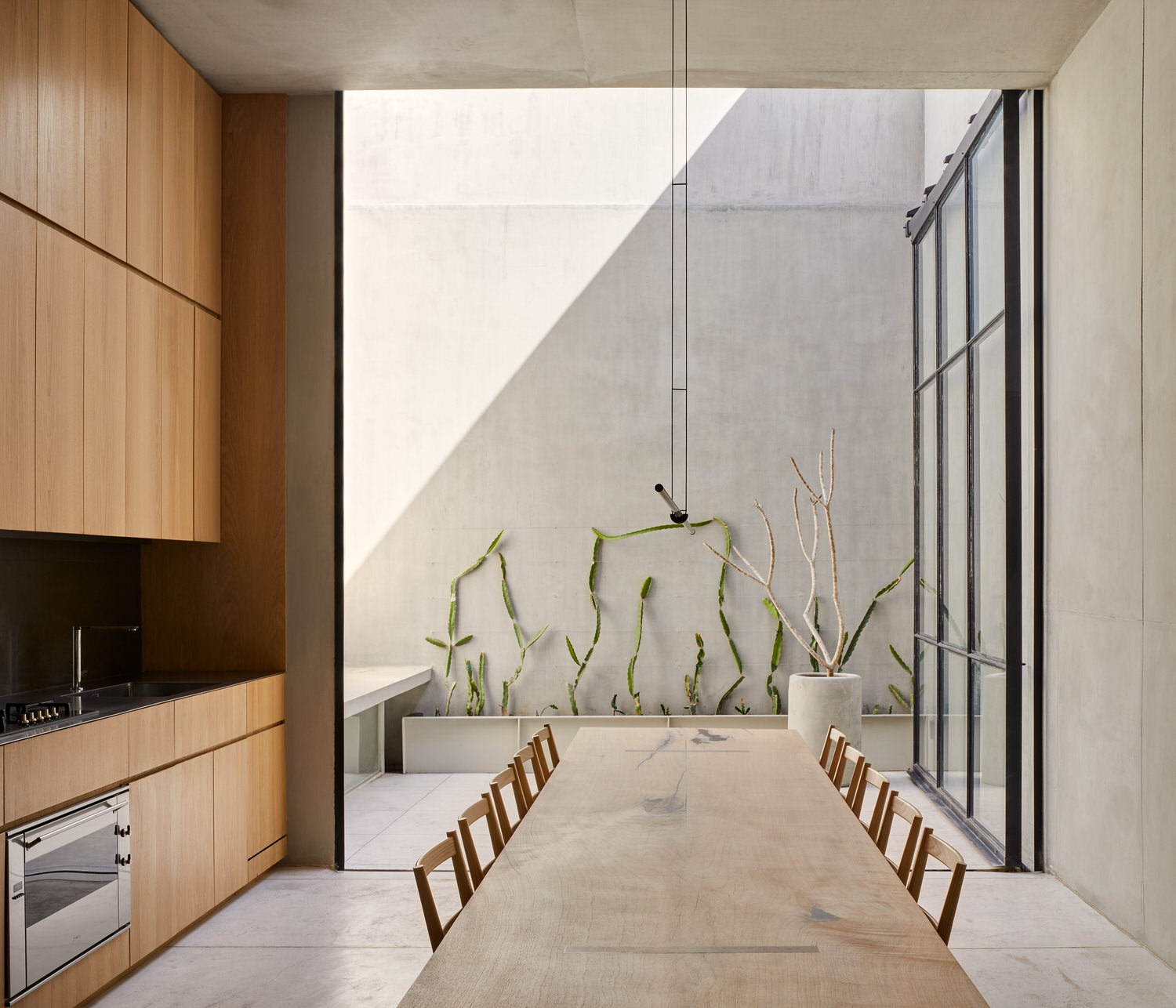 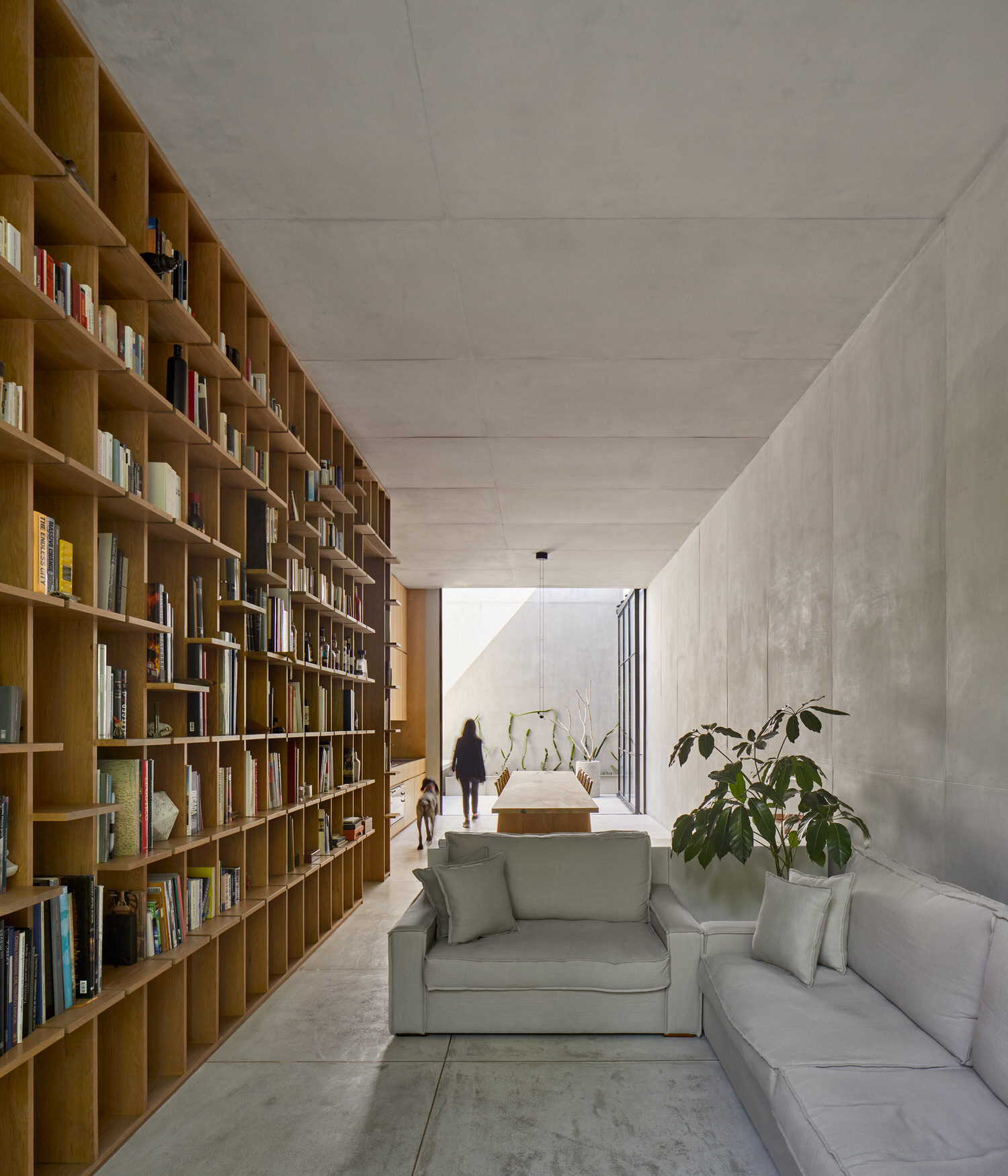 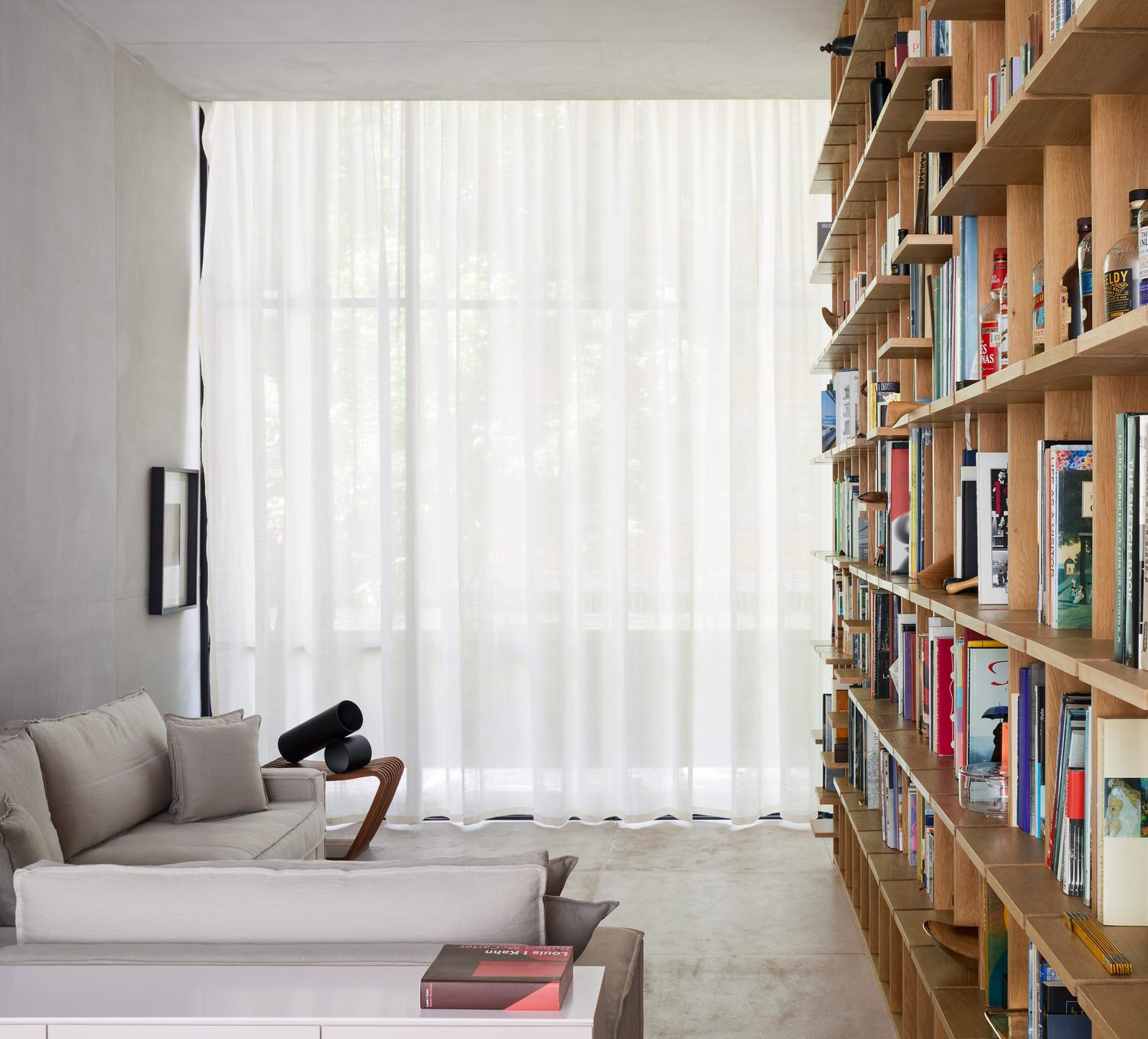 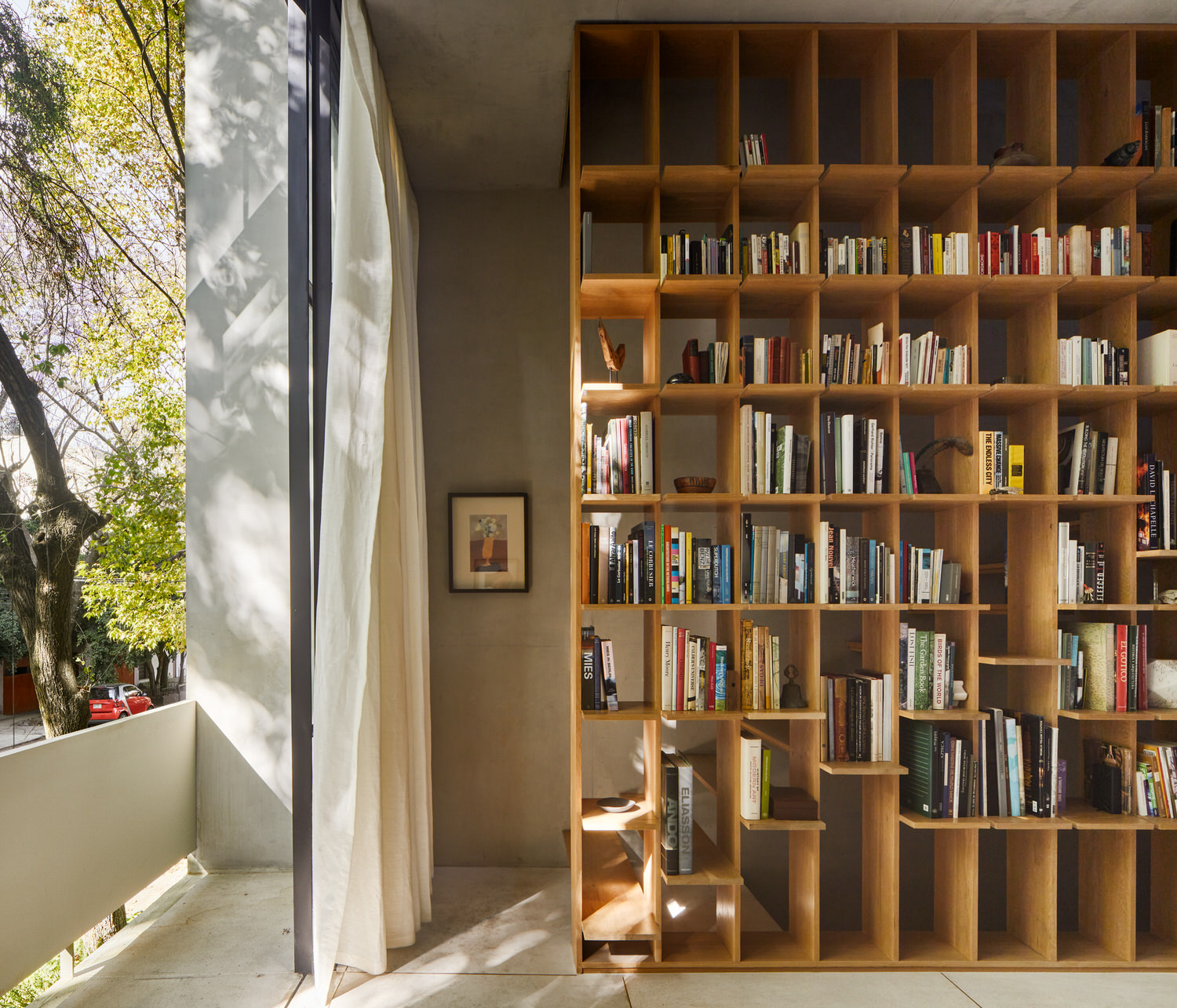 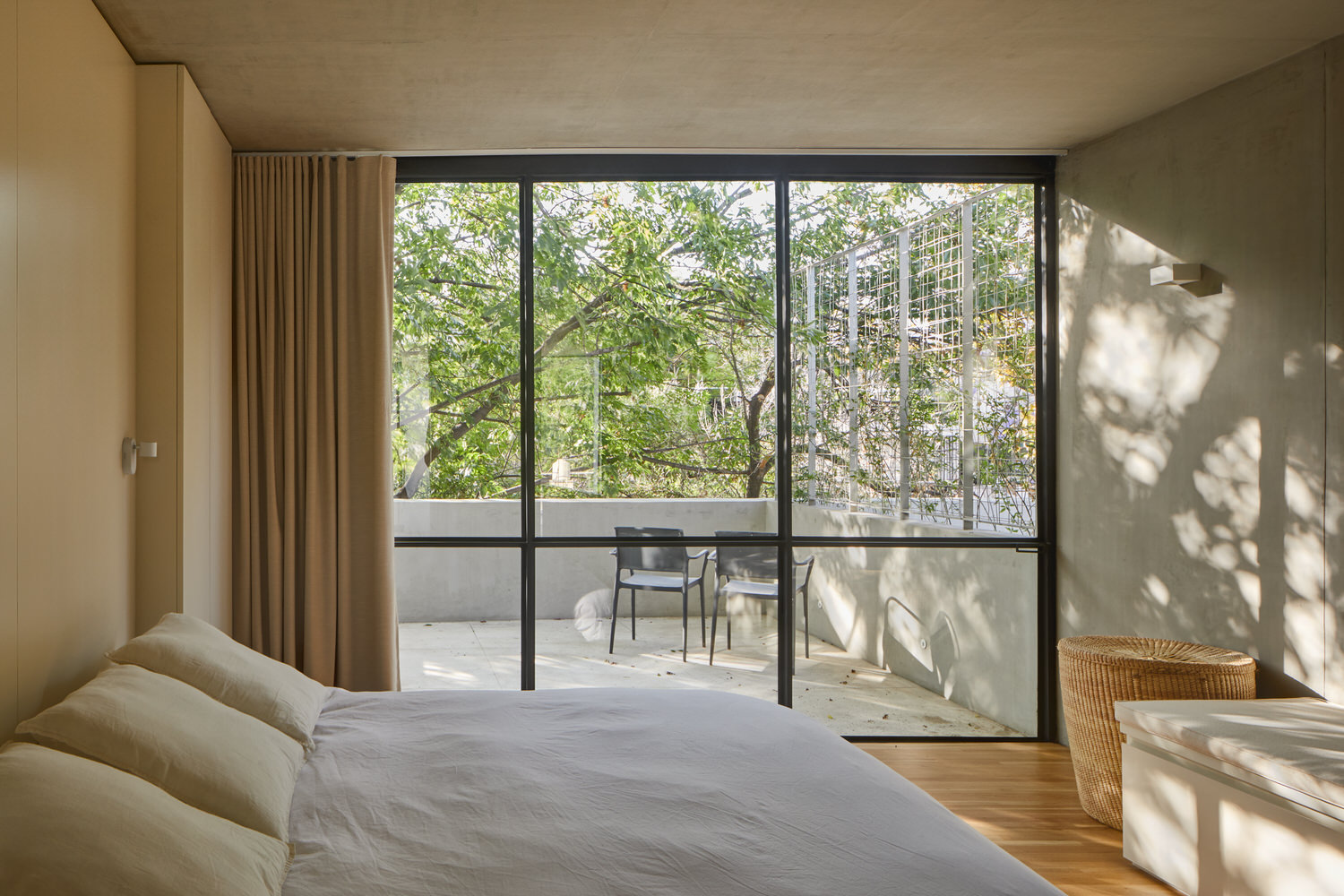 There is a real focus on transparency in this project, the effect of light and shadow becoming a key decorative element. Window fixtures are completely stackable within the wall, blurring the boundary between interior and exterior space. Green foliage weaves its way up the back-patio wall, injecting colour and life into the home and becoming an extension of the dining room.

The East-West orientation of the site allows for ventilation and light to flow in from the street, creating comforting, welcoming living spaces. Expansive ceiling height magnifies the effect of dappled light, its soft glow breathing life into the home’s grey shell.

Pachuca Duplex by PPAA brings an industrial aesthetic into the domestic sphere, creating a space that, despite its simplicity and modesty, feels wonderfully welcoming.