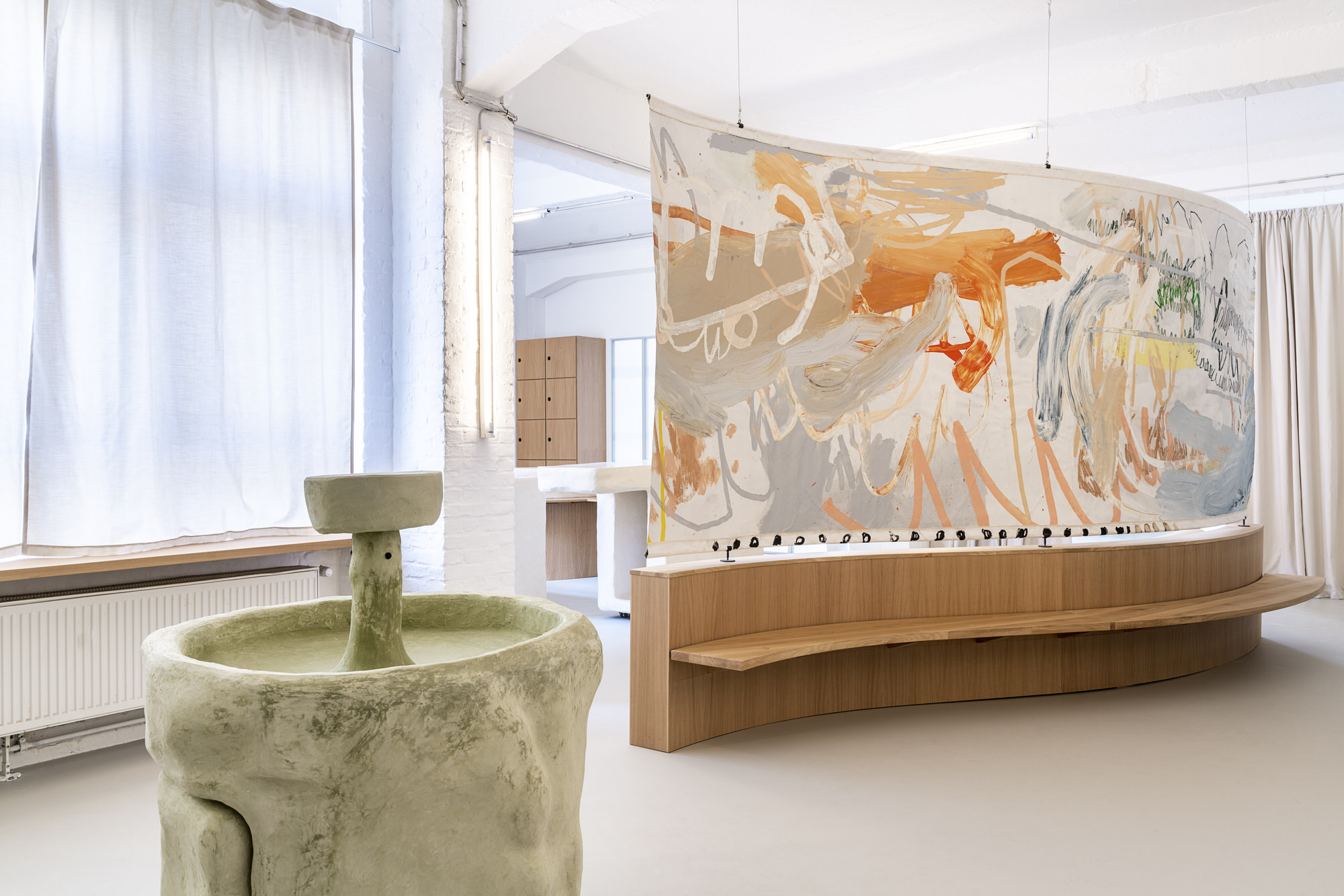 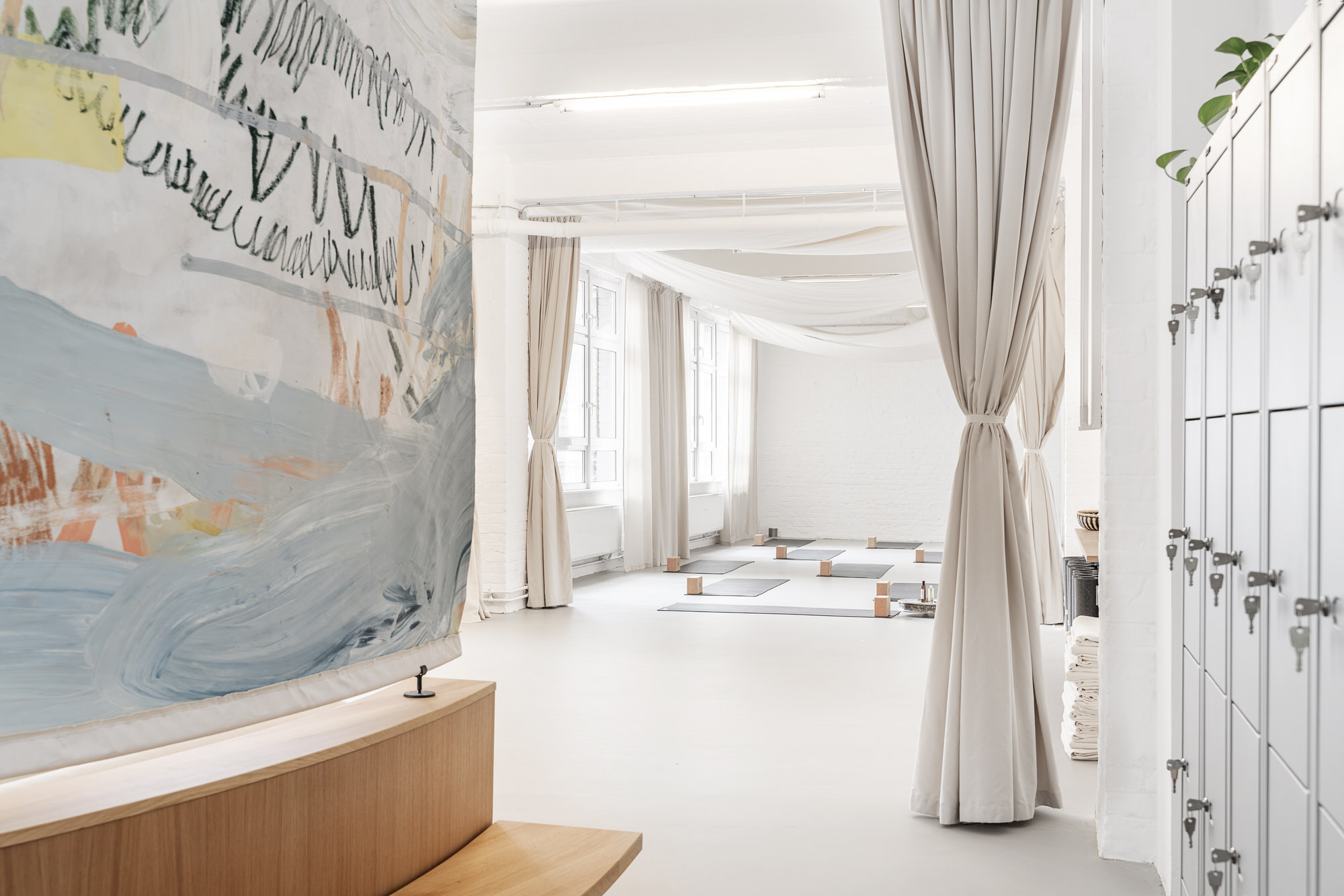 Those who’ve practised or at least had the chance to experience the joys of would be aware this is a physical (and spiritual) activity that centres on the concept of breath and flow. This very beautiful and calming, somewhat unconventional, yet somehow still familiar-looking boutique studio in , dubbed , is based on the idea of flow – a term used in Yoga practice to describe a sense of fluid movement and meditation.

Designed by , the 300-square-metre interior manifests the ideas of flow through extended, smooth transitions between spaces and the extensive use of malleable materials such as textiles and Hempcrete.

The studio entrance opens up onto a large area with a central desk doubling up as an occasional bar. An arresting reconfigurable sofa (appearing as an homage to Ubald Klug’s 1970s Terrazza for De Sede) follows the of a large screen acting as a space divider. On one side, a large water fountain reminds visitors to wash their hands, while the other side leads into the practice rooms. 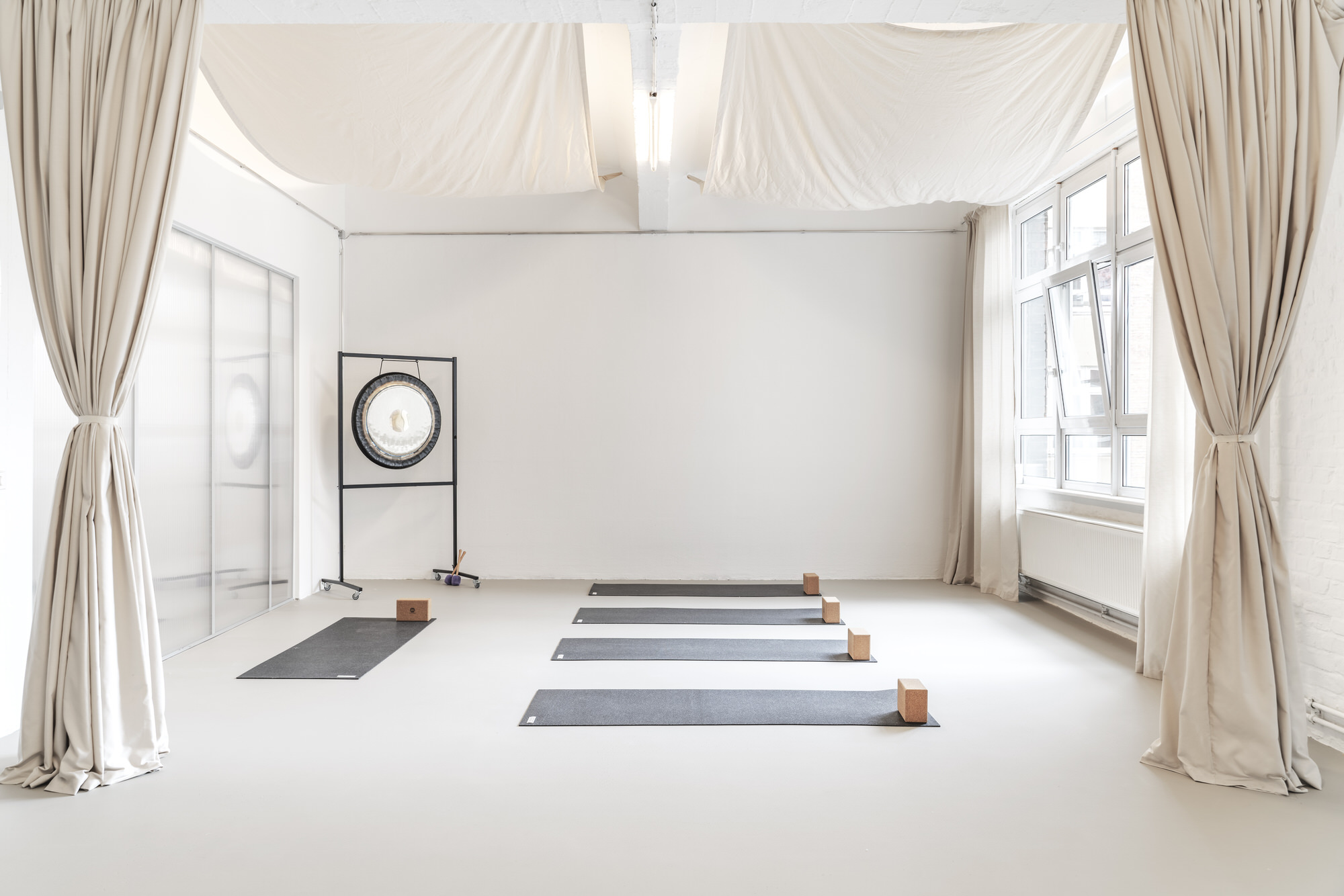 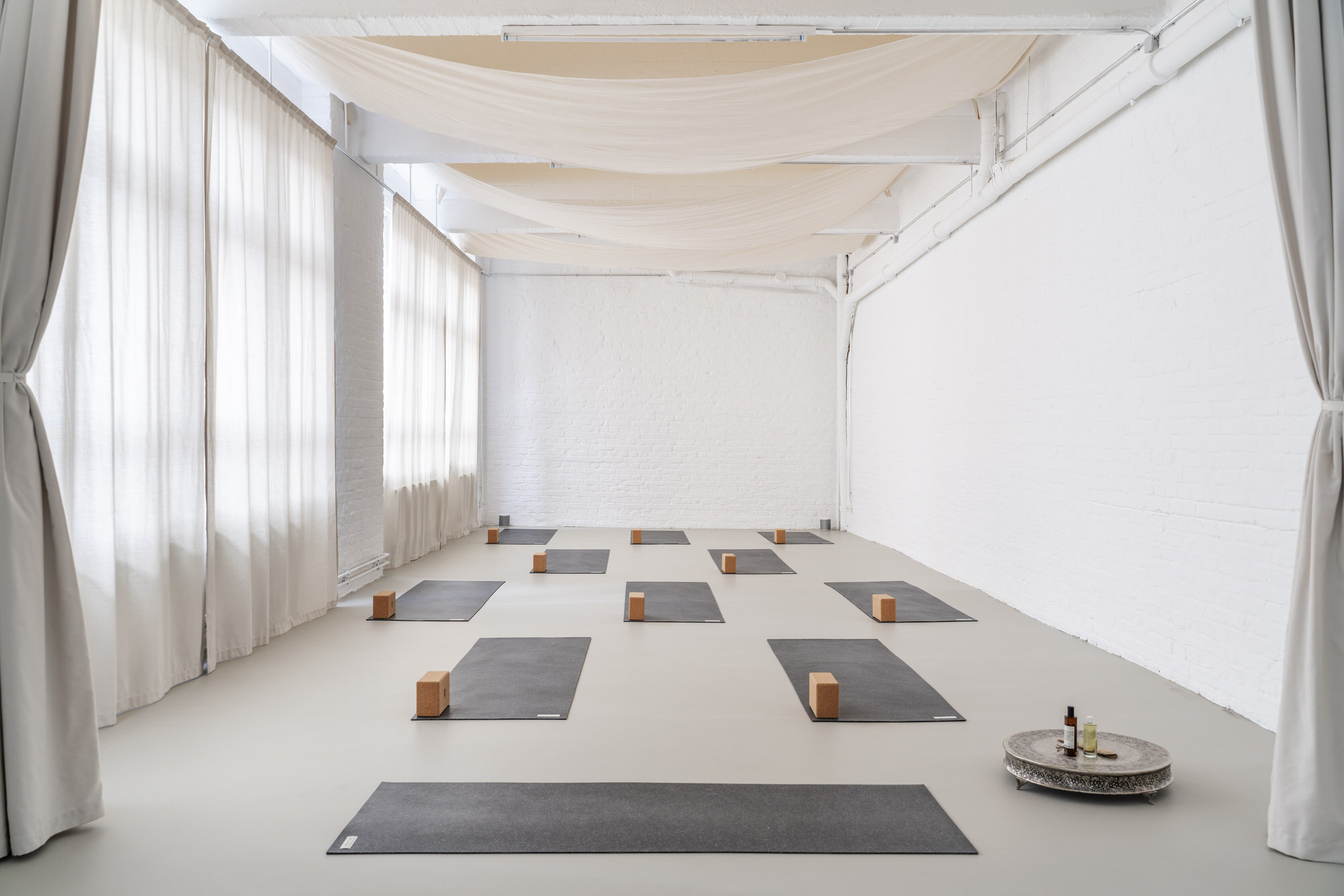 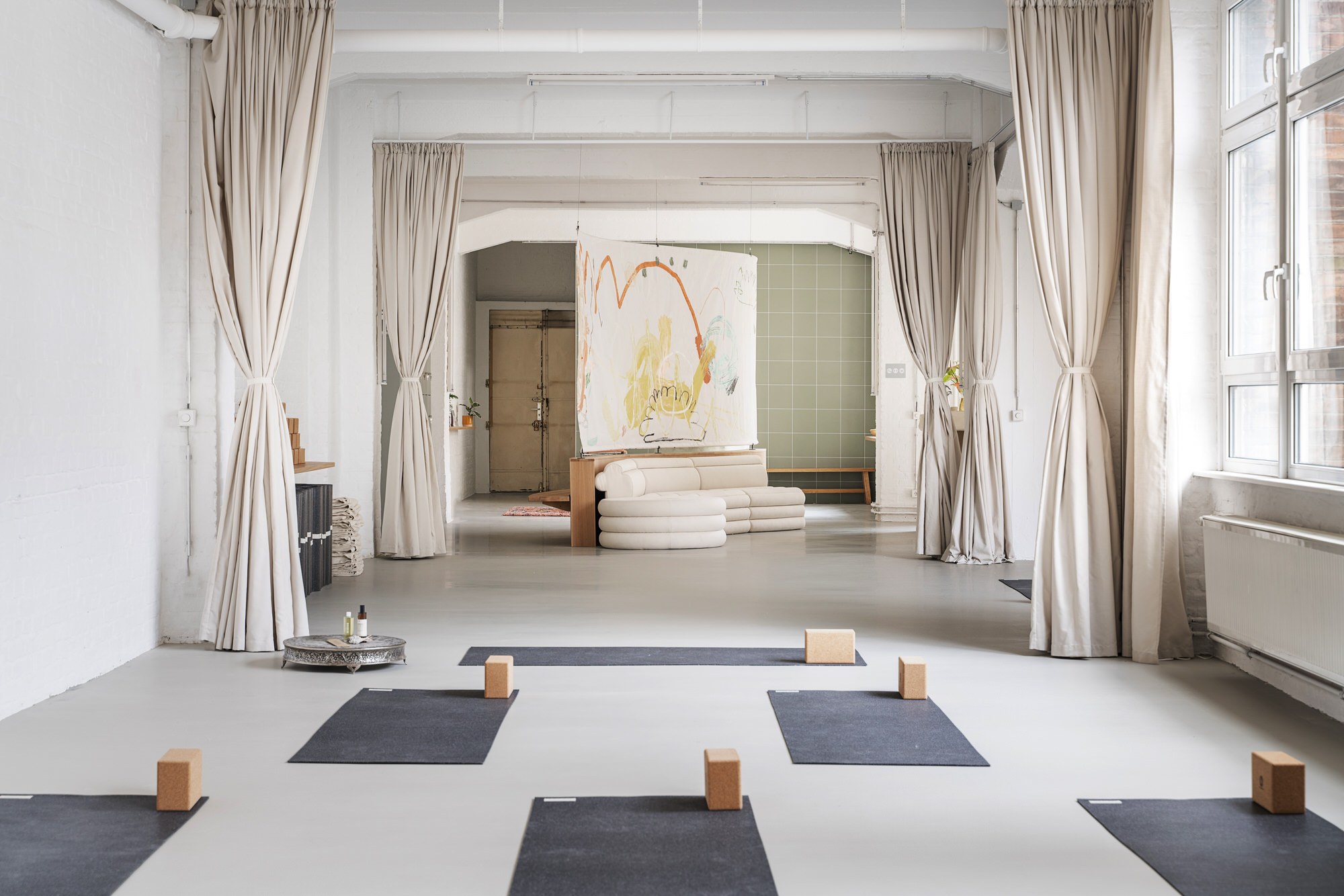 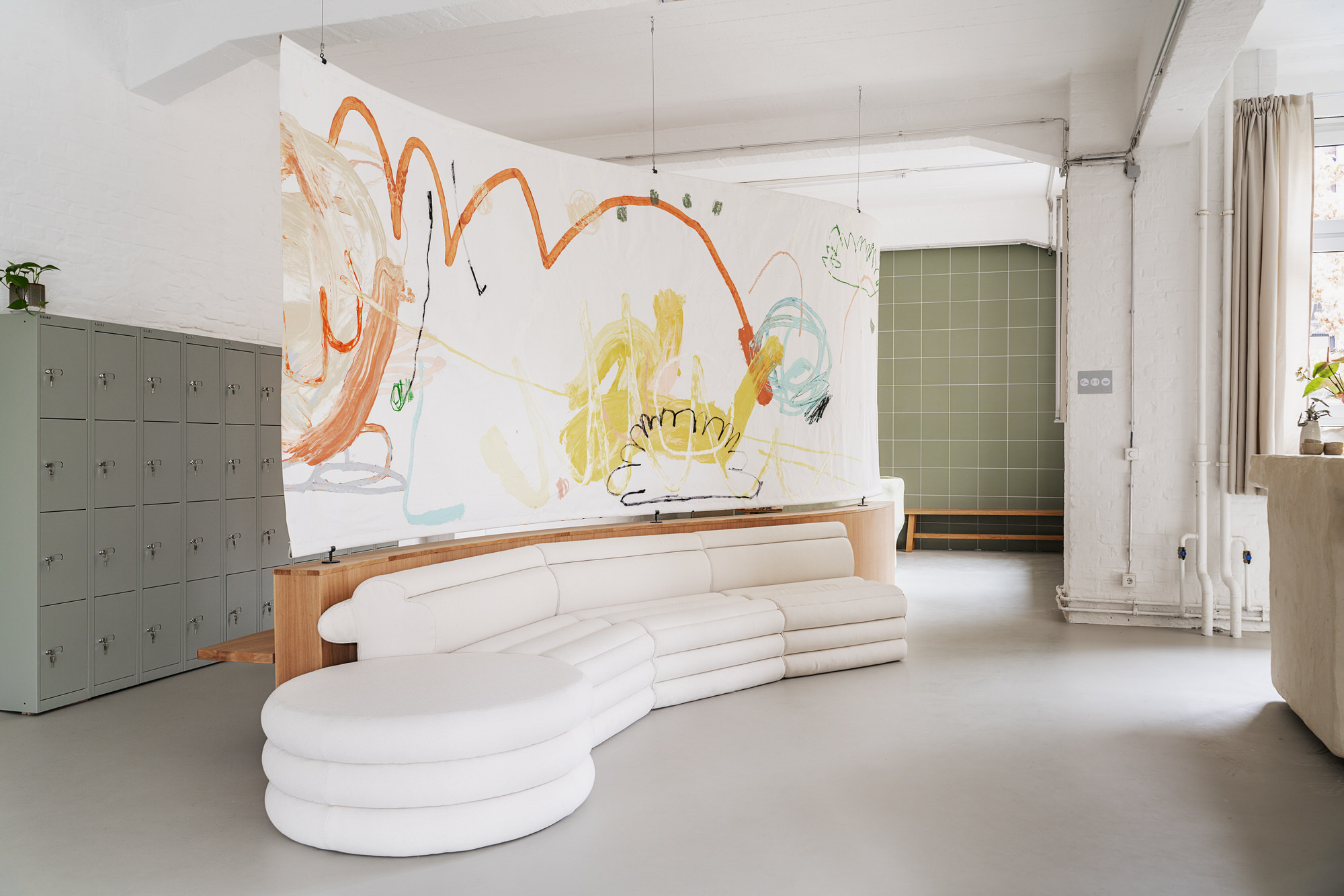 The colour palette is muted but joyous, with a focus on materiality and texture created in collaboration with two emerging artists. The front desk and water fountain were created by using a custom process of a Hempcrete structure finished with pigmented lime plaster to achieve the surface texture. The large scale privacy screen separating the lounge area from the changing rooms was painted by the young Viennese artist .

Designed and built during the good ol’ global pandemic, Original Feelings allows for plenty of personal space, ventilation and safety protocols to be put in place. Taking a constraint as a design opportunity Some Place Studio’s goal was to create an interior that will last beyond the current health crisis and allow for yogis and guests to feel welcome and find their flow.