On the tracks of Game of Thrones: A Causeway Coast Guide


I can’t remember when exactly the Giant’s Causeway made it onto my bucket list, but I’ve certainly been dreaming about visiting this place in Northern Ireland for many years. Little did I know that the entire Causeway Coast is a stunningly scenic road trip – and who doesn’t love a good road trip?

I spent about 2 and a half days at the Causeway Coast and probably would have been able to see “everything” if I’d tried. However, that way I would have had to rush it, and so I enjoyed long walks on the beach and along the cliffs instead. I took things a little slower and decided to just come back another time.

You should plan at least one week to explore Northern Ireland properly; even it isn’t that big, there is so much to see and do! offers a lot of information online, but also make sure you’ll grab some maps with all the sights in a local tourism office.

I rented my car in Belfast but there is also a train service along the coast and many local buses – so it’s definitely doable by public transport too.

Here are some of the highlights along the Causeway Coast the you must not miss!

This medieval castle lies on the outer edge of Belfast Lough and looks back on a turbulent history. Carrickfergus is one of the oldest fortified settlements in Ulster and named after King Fergus (498AD) who drowned near the rocks the castle stands on today.

The Norman fortress was built in the 1180s on the site of an older wooden fort. During its 800 years of history, it survived attacks by the Scots, Irish, English, French and served as an air raid shelter during World War II. Today the castle exhibits the way of medieval living and maybe a glimpse of how life would be in Westeros? And there is a stunning view over Belfast Lough from the castle walls.

Larrybane or Laragh Bán means the ancient white site and is the name of the (white) limestone headland on the west side of Larrybane Bay. Beneath the limestone cliffs is an unusual sea cave formed shortly after the last ice age. Enjoy a walk along the cliffs, the view of Sheep Island protecting the bay, Rathlin Island and even the Scottish islands in the distance. If you’re brave enough, take a walk on the rope bridge 30 meters over the sea to the tiny Carrick-a-Rede Island. For over 350 years fishermen had strung a 20 meter-long rope bridge from the cliffs to the island to access the best places for catching salmon. Today’s bridge is a little bit sturdier but still nothing for the faint-hearted (or someone like me who’s afraid of heights).

If you want to cross the bridge make sure to be there early in the day, the tickets are assigned to a time slot and can’t be booked in advance. Admission for adults is £7. If you just want to walk along the coastline without crossing the actual bridge, admission is free. The walk is open daily from dawn till dusk, but crossing the bridge is only possible from 9.30am to 6pm (weather permitting).

Carrick-a-Rede is also the starting point for the beautiful Causeway Coastal Path which takes you 15km along the coastline.

Larrybane has been a location for Game of Thrones several times, such as for a tourney between Sea Loras Tyrell and Brienne of Tarth, and for Renly Baratheon’s camp.

This tiny fishing harbor of the village Ballintoy is located at the end of a very narrow, winding and steep road down Knocksaughey hill past Ballintoy Parish Church (one of Ireland’s most photographed churches). It is one of those picture perfect places!

No wonder GoT used it as the Iron Islands where Theon meets his long lost sister. Enjoy some breakfast, lunch or tea in the lovely harbor café before taking a walk around the bay or even along the Coastal Path.

Whitepark Bay is a stunning sandy beach between two headlands. I didn’t have it all to myself though – I met a herd of cattle who also took a stroll around the beach. They have their fields right by the shore and sometimes they seem to have a beach day – I can’t blame them.

The bay was one of the first settlements of man in Ireland, tombs and other remains of the Neolithic area are still found in the dunes and the cliffs.

The geological wonder which gives the coast its name, the Giant’s Causeway, is a UNESCO World Heritage Site. Formed by volcanic activity there is only one other place over in Scotland with similar shaped rocks (the Isle of Staffa).

The story goes, that the gentle giant Finn MacCool wanted to meet another giant in Scotland and started to build a path across the sea but unfortunately fell asleep while doing it…

The walk along the cliffs and the shore will guide you through the different bays until you reach the outer edge of the Amphitheatre where a landslide destroyed the path some years ago. Formations surrounding the basalt columns have been given names like the wishing chair, giant’s boot, giant’s organ etc. Try to spot them without clues!

Get here as early as possible, as it’s unfortunately overrun by tourists later in the day. There are several car parks around the area but the easiest way is to use the shuttle bus from Bushmills. It’s free, runs every 20 minutes and will save you a lot of time, energy and money for parking!

If you want to go through the new Visitor Center with exhibitions and audio guide admission for adults is £10,50 (or £9 if you came by shuttle bus) and it’s open from 9am to 6pm. There is even a bus that takes you down  to the coast (and up again) if you don’t want to walk – however, it is only one mile!

Time for a break? What about some whiskey in the Old Bushmills distillery or a bite to eat in one of Bushmills cosy eateries!

The ruins of the medieval Dunluce Castle sit picturesquely on top of the cliffs. It was built in the 13th century by the local MacQuillian family and later seized by the Scottish MacDonnell clan. After its last resident, Randall McDonnell moved to Ballymagarry House in the mid-1600s, Dunluce Castle felt into ruins.

Underneath the castle is the Mermaid’s Cave with its tales of smugglers and hidden Spanish treasures!

I had to take at least one little detour inland away from the coast to the “Dark Hedges” – a beech tree-lined road which became famous as the “King’s Road” in GoT.  The trees were planted by the Stuart family in the eighteenth century to impress visitors approaching their mansion.

Please remember, this is an actual road! I went there in the evening and there wasn’t much traffic but try to be safe and use the parking of the nearby hotel. Signs will show you the way and it’s only a five-minute walk through a lovely garden to reach the Dark Hedges.

One of my personal highlights was taking a fast to the Giant’s Causeway and seeing all the cliffs and beaches from another angle. Discovering hidden caves, harbors used by smugglers and hearing about sunken Spanish ships. These two hours on the boat were the perfect ending to my trip along the Causeway Coast!

Have you ever been to Northern Ireland? 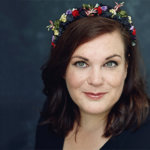 Ursula Schmitz is a portrait photographer based in Vienna, the heart of Europe, and is always on the hunt for the next adventure. Between scenic train rides and road trips she is trying to photograph people and landscapes all around Europe. Stay up to date with her blog and follow her adventures on Instagram .