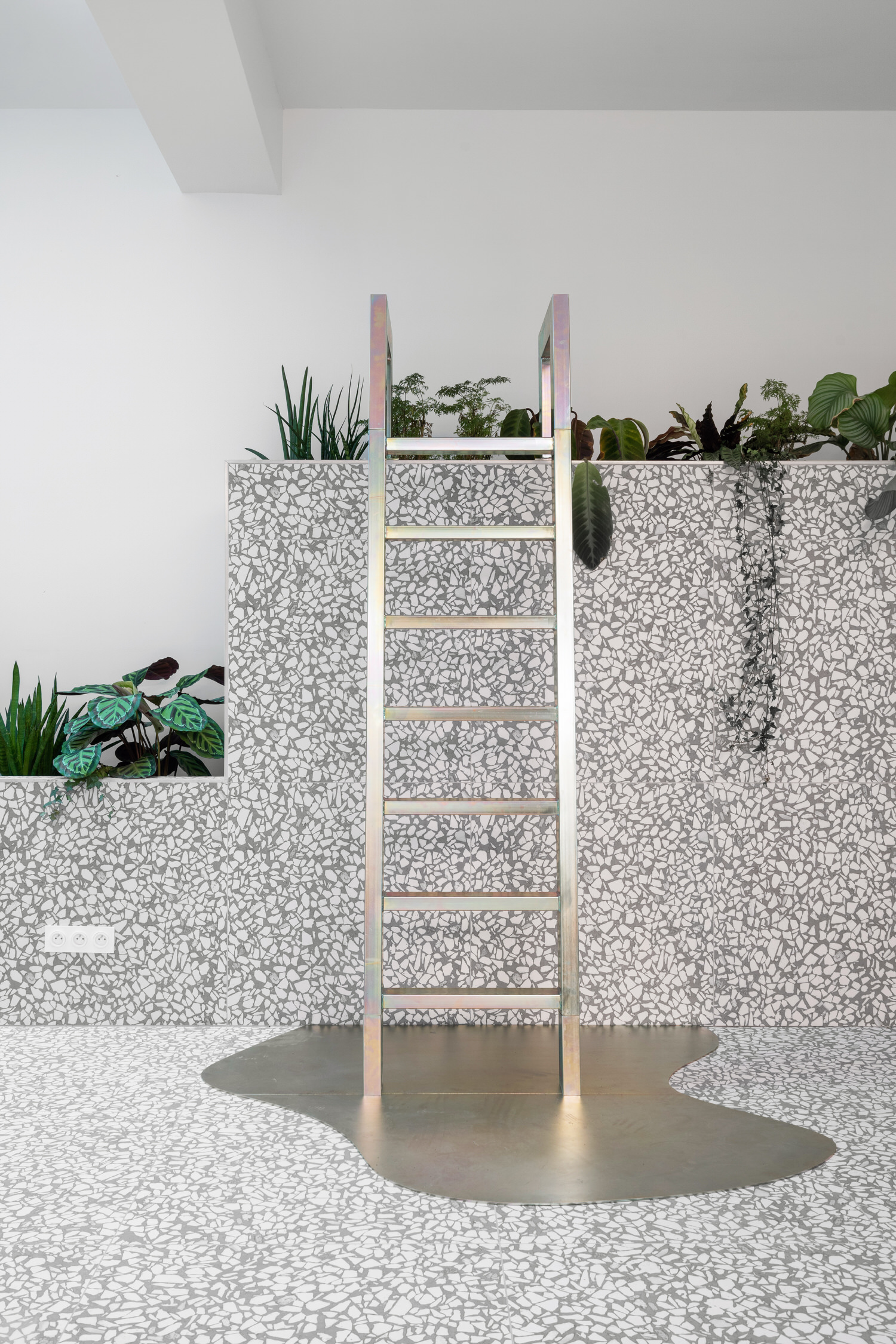 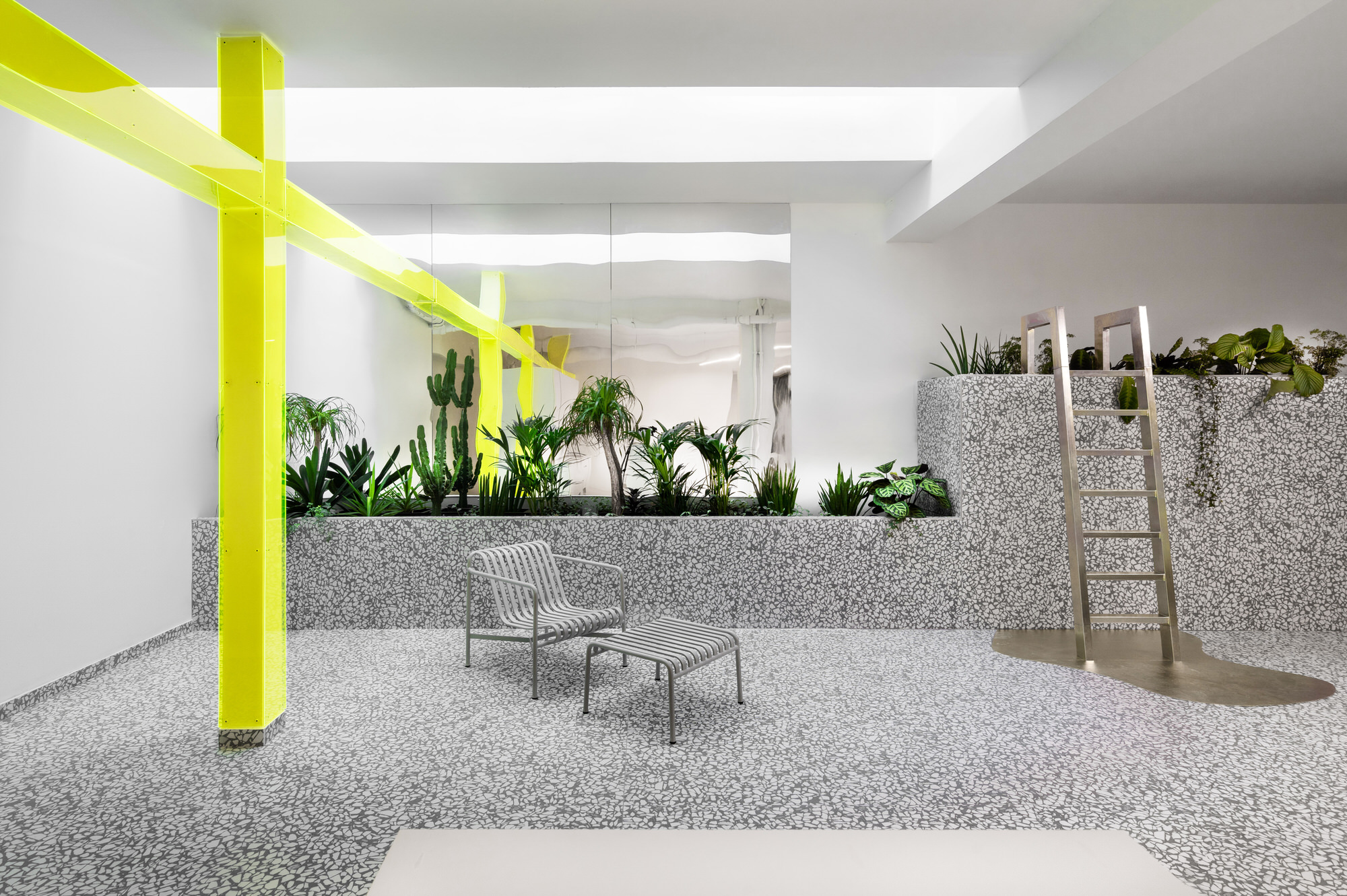 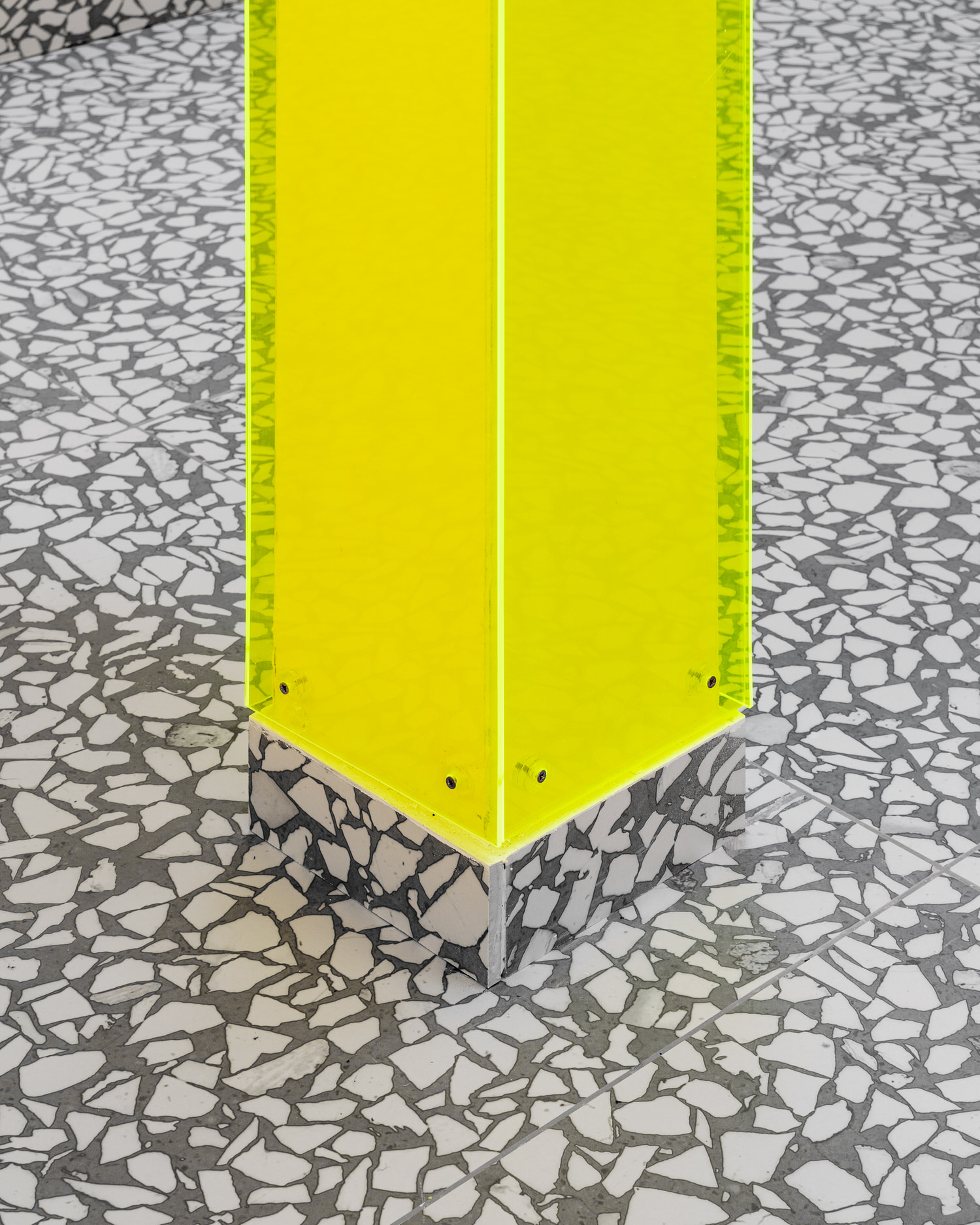 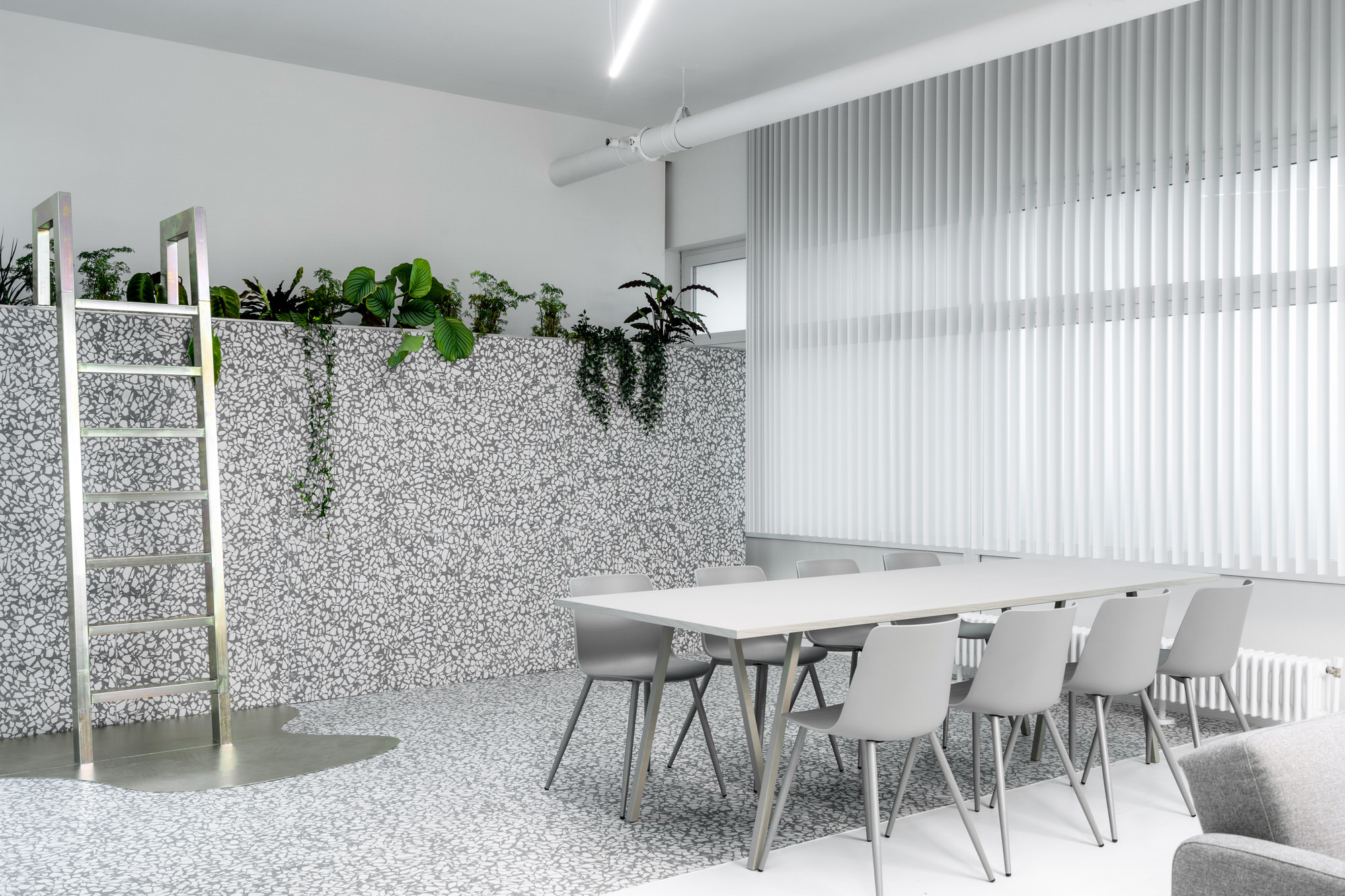 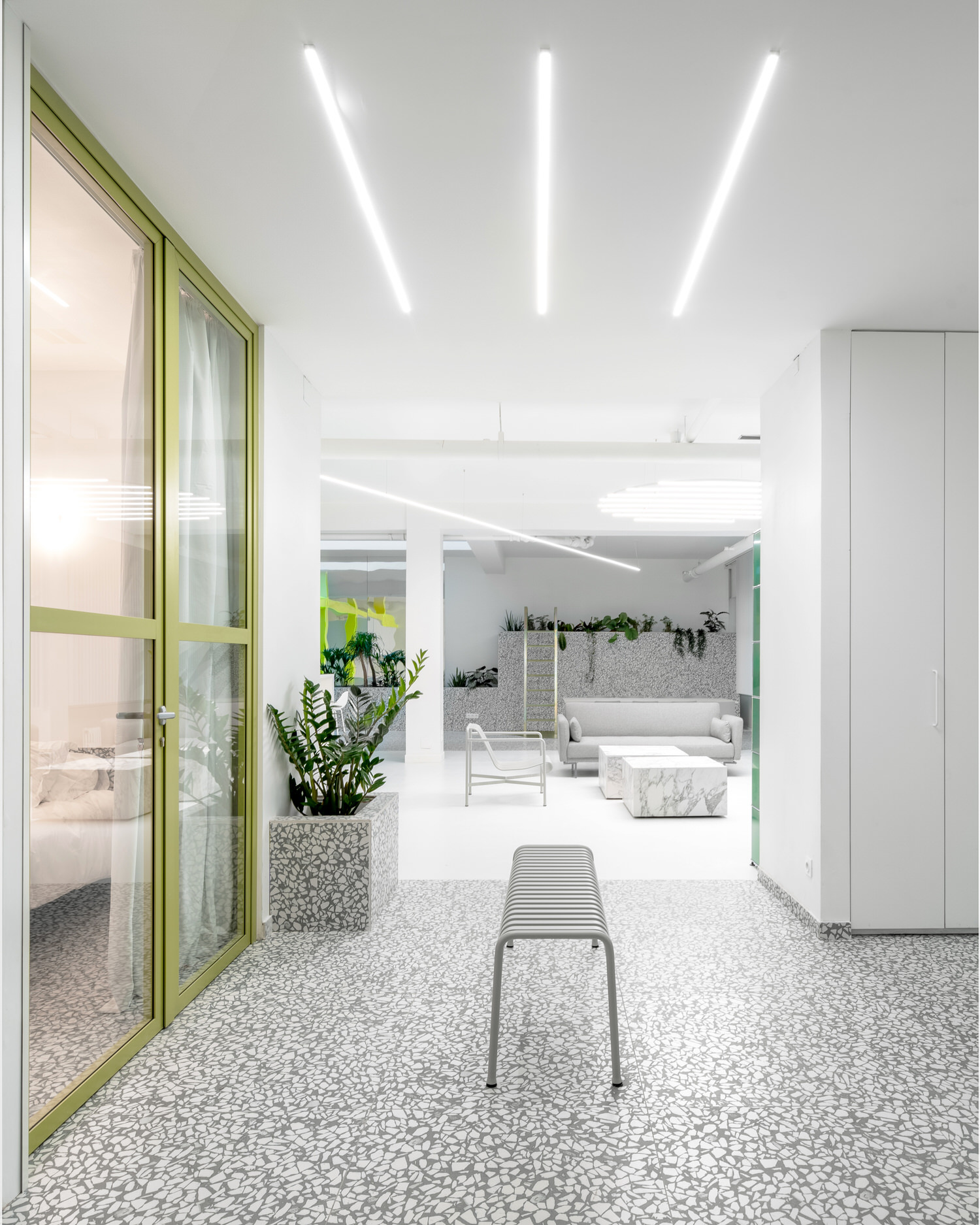 have transformed a former data centre set within a 1970s mixed-use building into an apartment with no outside view and very little natural light. Instead of fighting its obvious shortcomings, the project’s intention is to amplify the interior’s natural character while delivering a home that could easily transform into many different uses.

Le Grand Marais occupies a building belonging to the largest co-ownership in Paris and includes a mixed programme of offices, housing, amphitheatre, a swimming pool and so on. According to Ubalt, the first challenge was to evoke the 1970s vibes inside the new interior. This was notably achieved through the choice of materials: the omnipresent plexiglass, coloured metal joinery, iridescent curtains, concrete and terrazzo.

“Moreover, this loft is located on the ground floor and overlooks the enclosed circulation corridor of the building,” explain the architects. “This is the great particularity of this space, which is almost ‘blind’, with no view of the outside and very little natural light. With this observation in mind, the project’s intention was to intensify this phenomenon rather than to come up against it.” 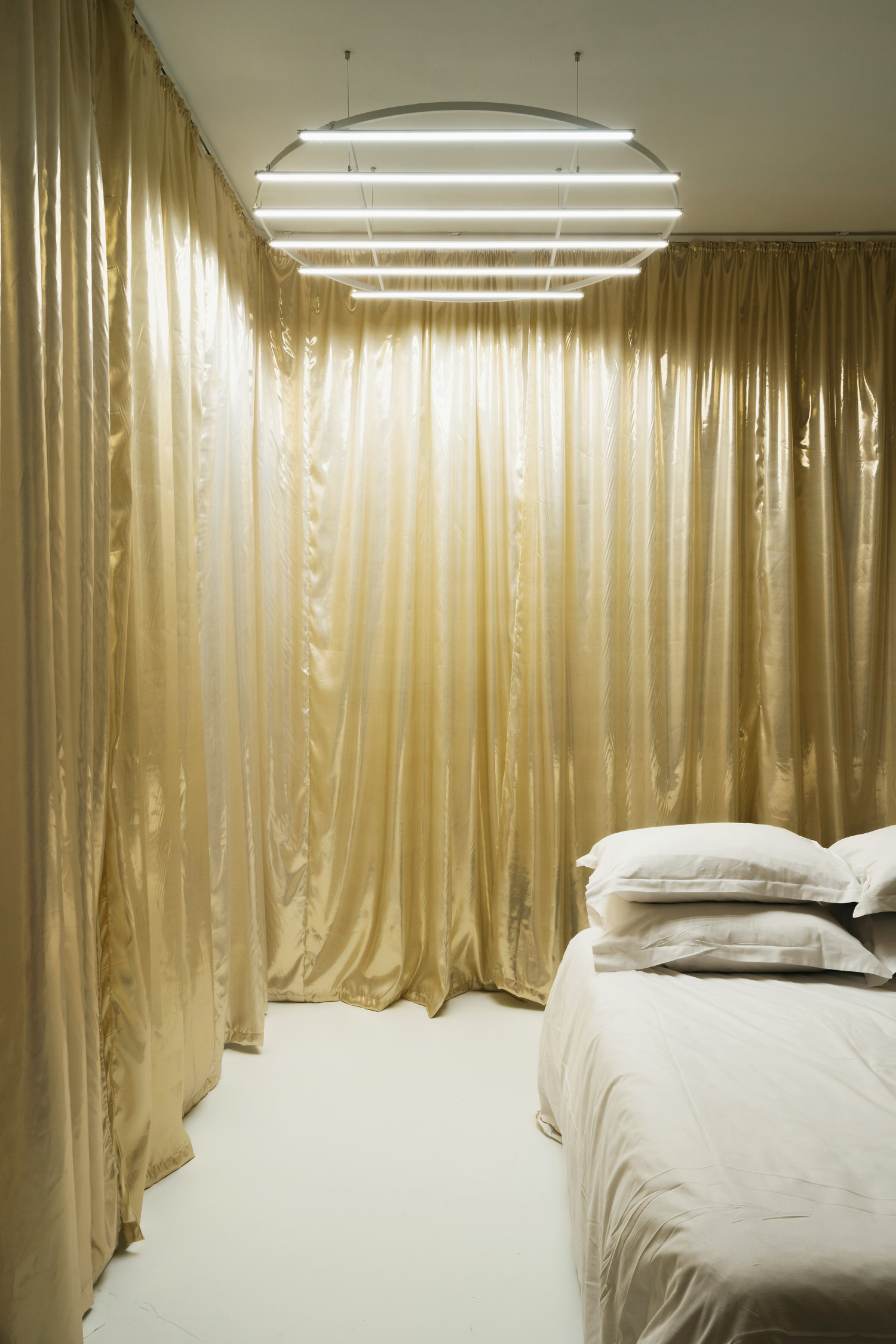 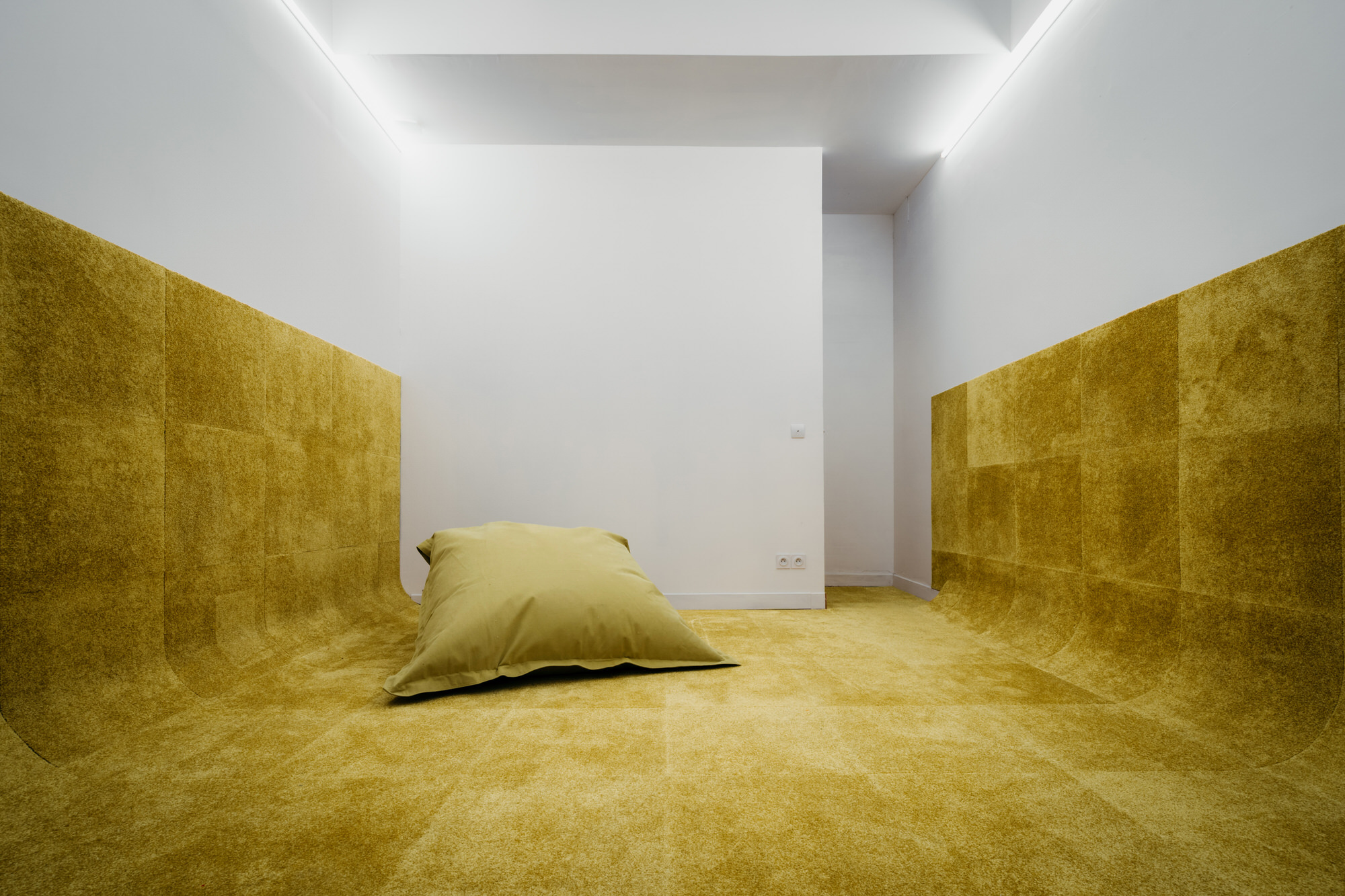 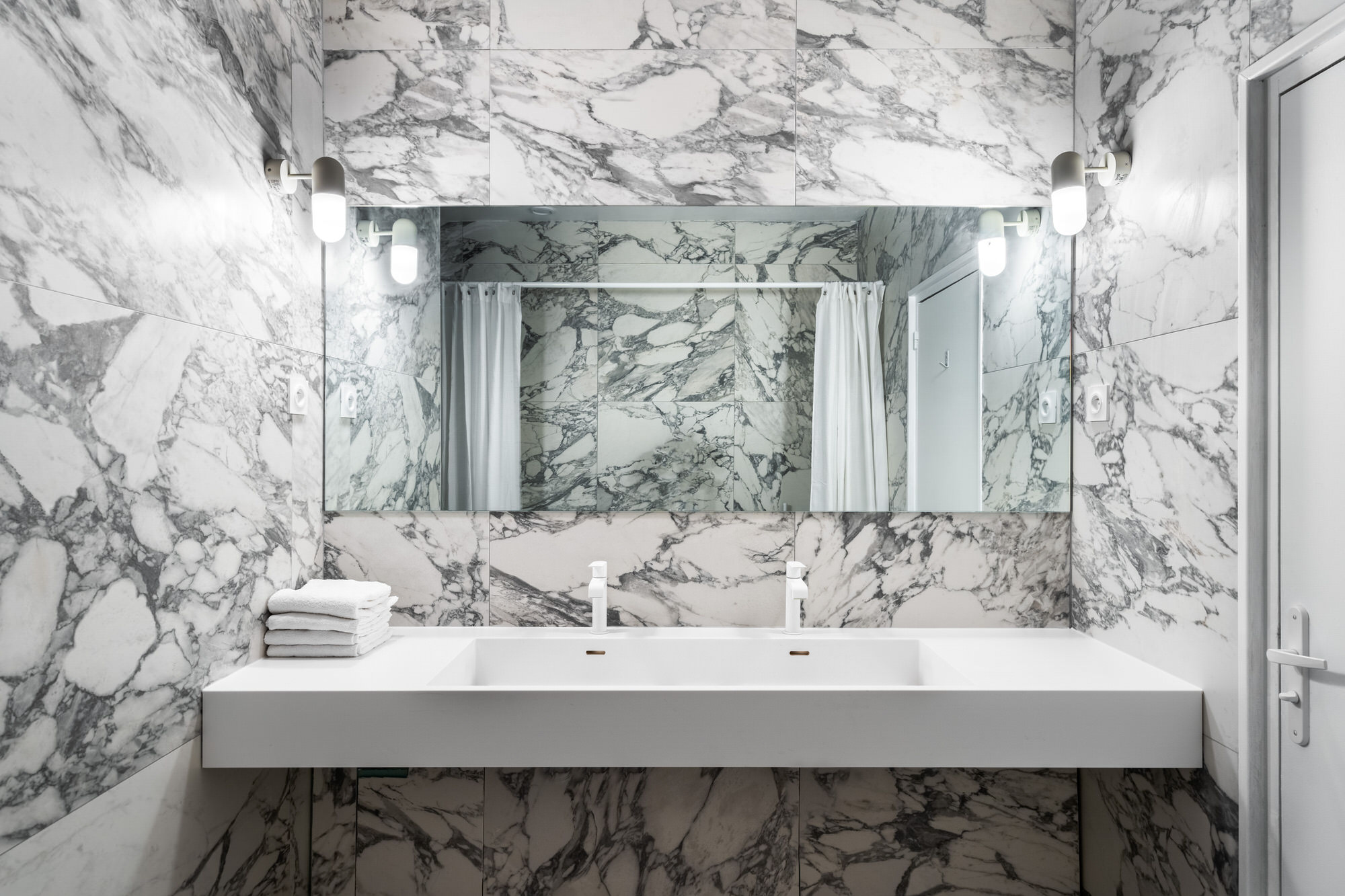 The layout and distribution of the spaces have been designed to maximise the feelings of concentration and focus. A buffer entrance space serves three bedrooms, the bathroom and the living room while evoking an idea of the interior patio. The spaces are linked together, the material slides from one room to another – on the floor, on the wall or even as furniture. The materials echo each other to offer identity and staging to the spaces and in particular to the “blind rooms” of the apartment.

In addition to the desire to make rigid spaces exuberant, the amplification of the project involves the possibility for the interior to be transformed into a showroom, a workplace or “a place of awakening” thanks to its double kitchen, laundry, storage spaces, projection room/ gymnasium. In addition, the bedrooms can easily be transformed into meeting rooms.

Finally, the only substantial light entrance is located at the end of the apartment where four skydomes are deployed. Here again, it is the amplification that is sought as a design strategy – the terrace garden located above the premises enters through the zenithal bays to become a planted jardinière before it drips into the apartment.