Never Never Cube is a commercial building designed in 2021 by Studio Ardete, located in Mohali, India. 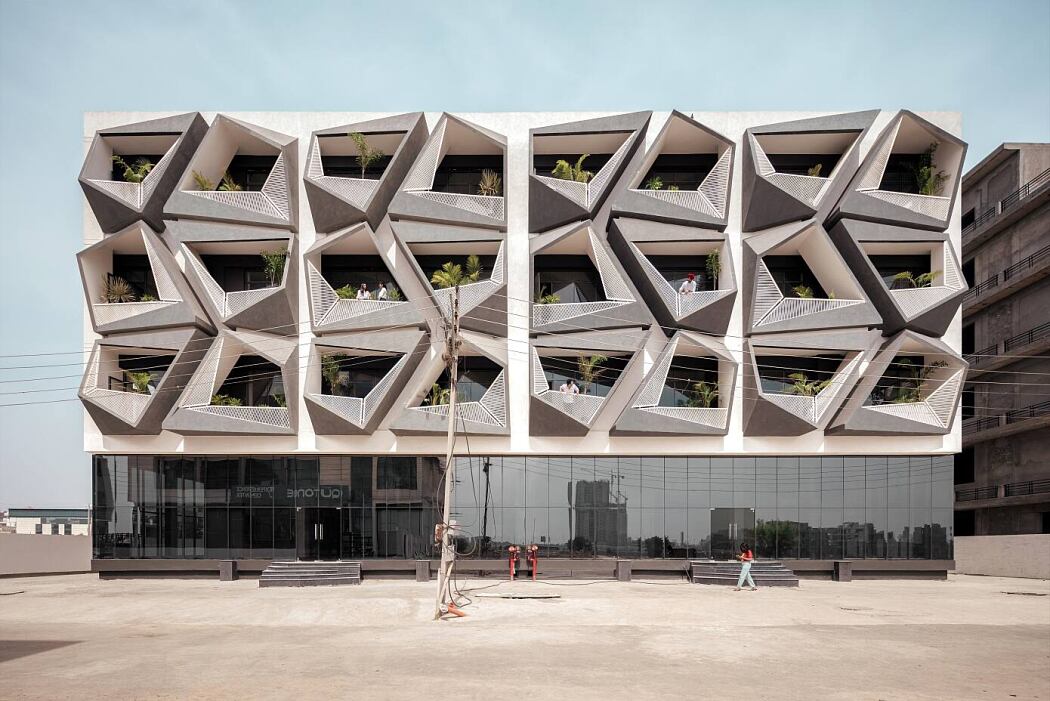 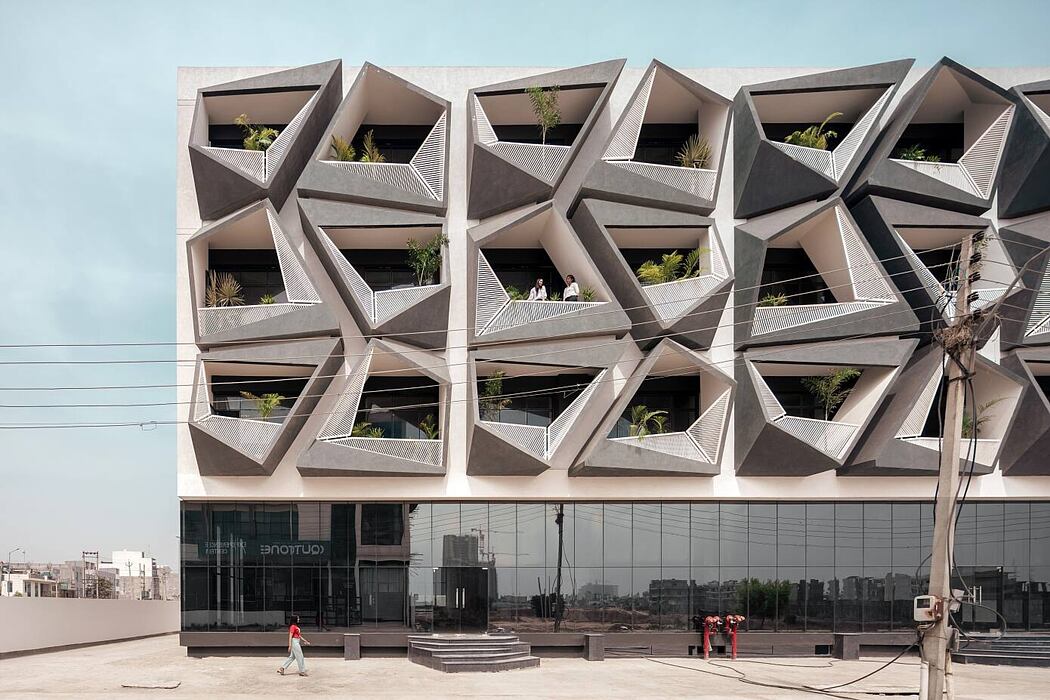 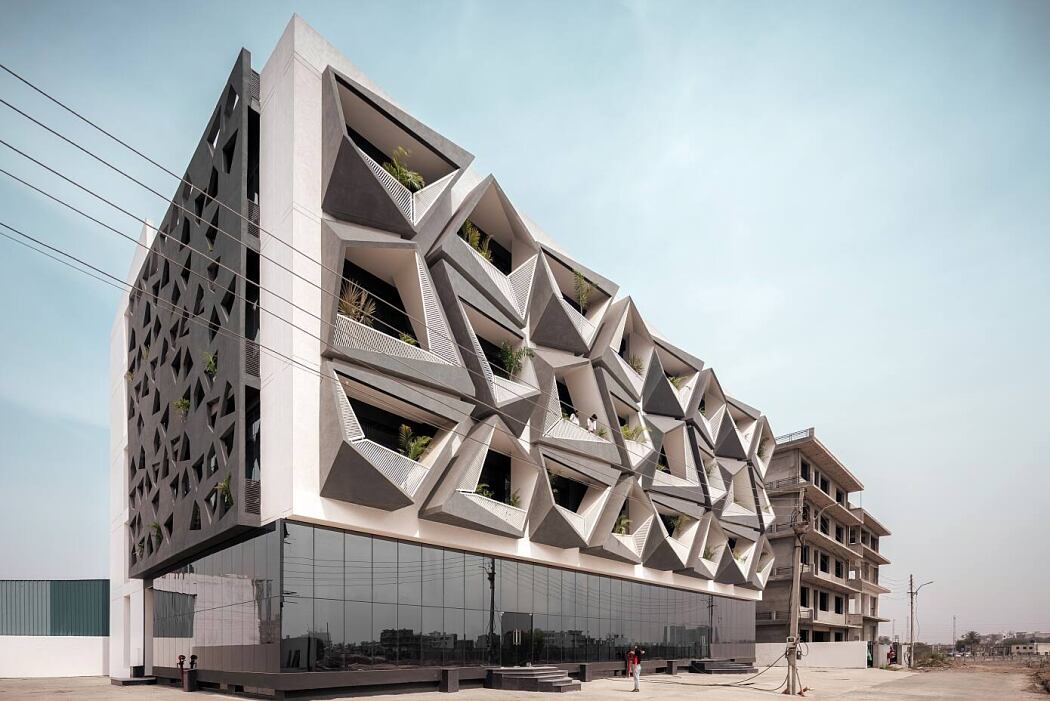 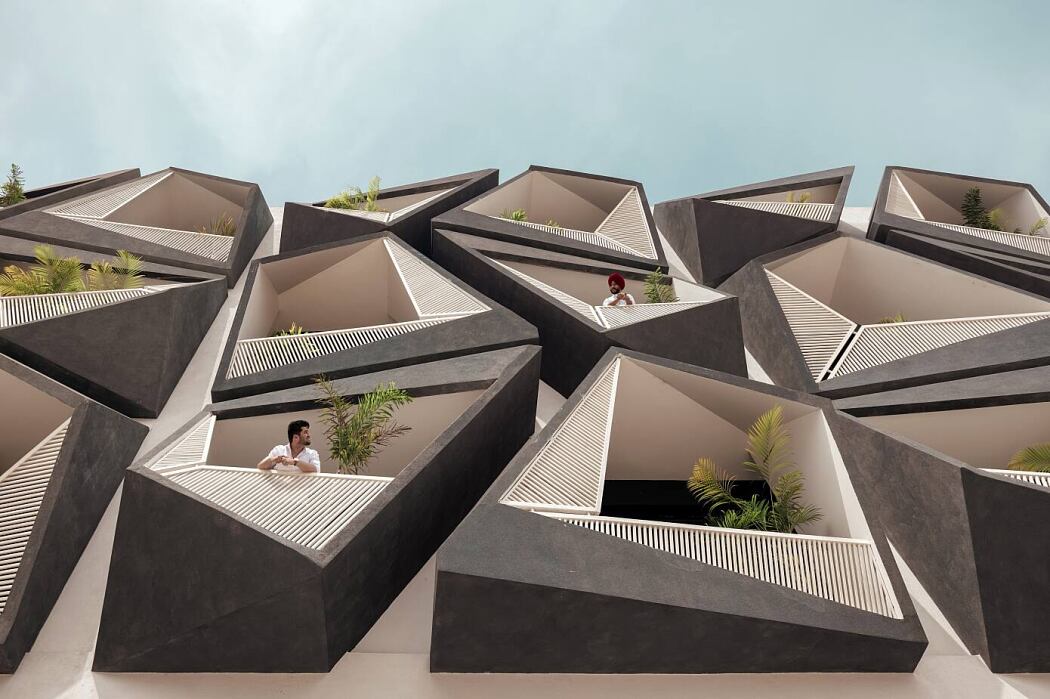 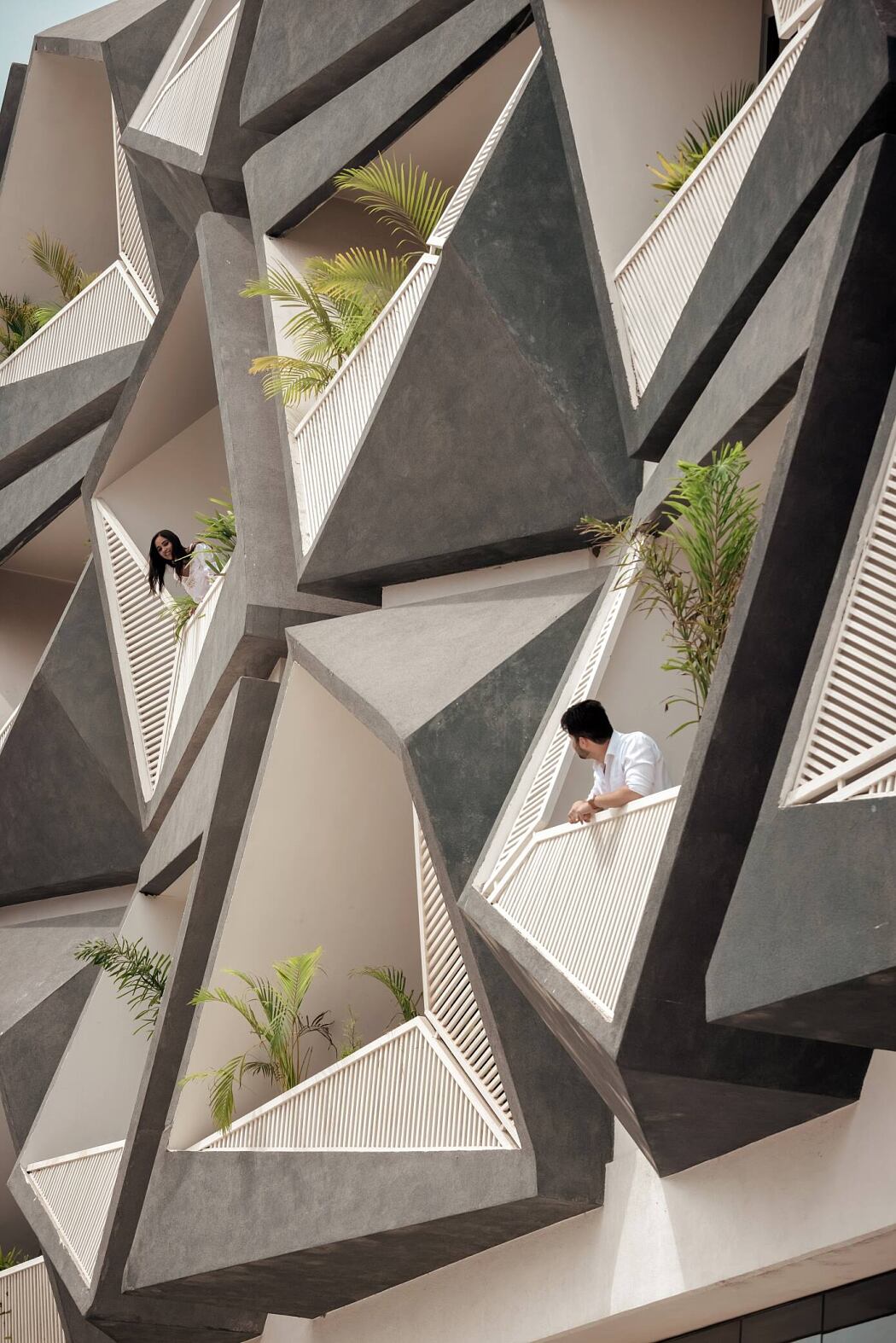 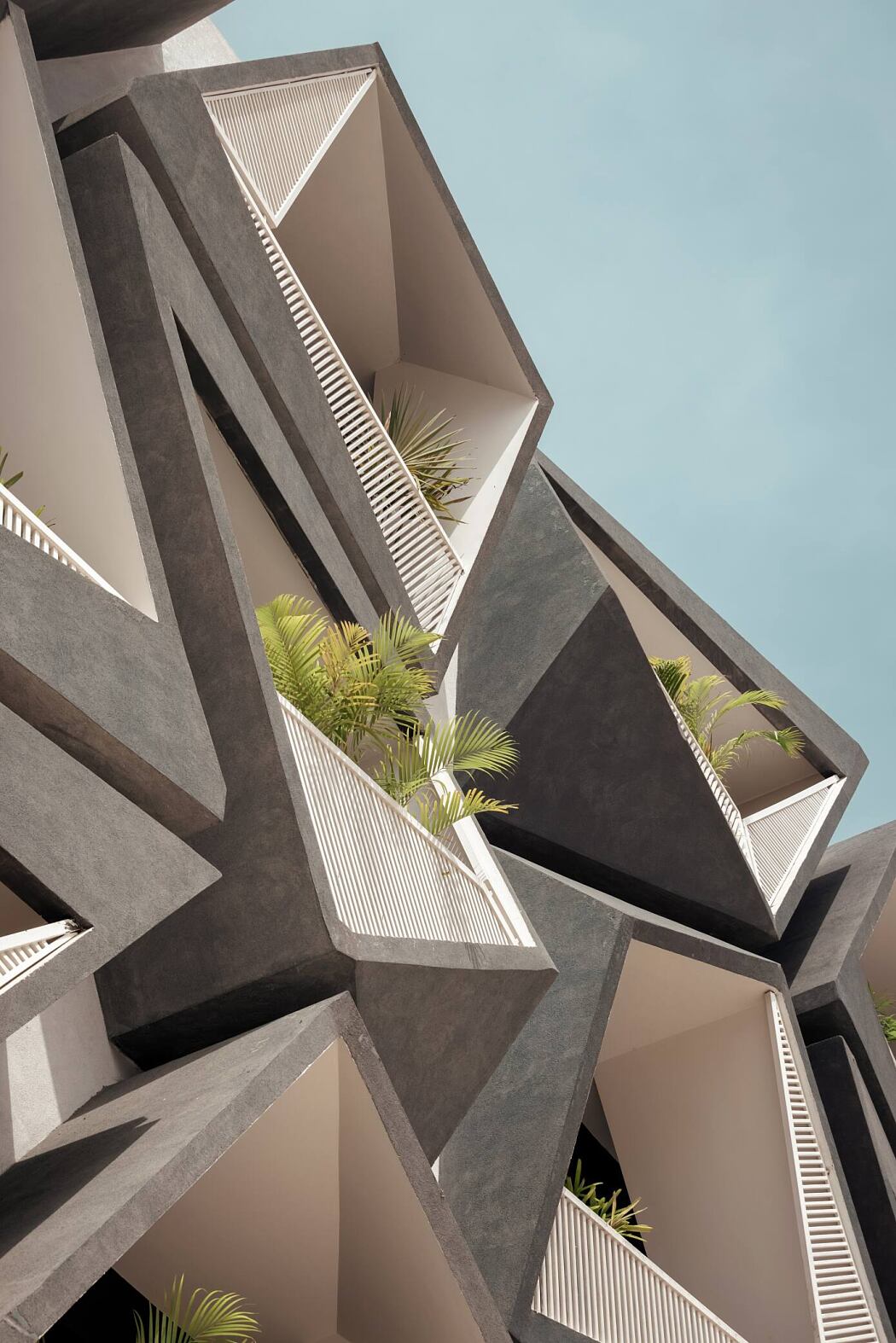 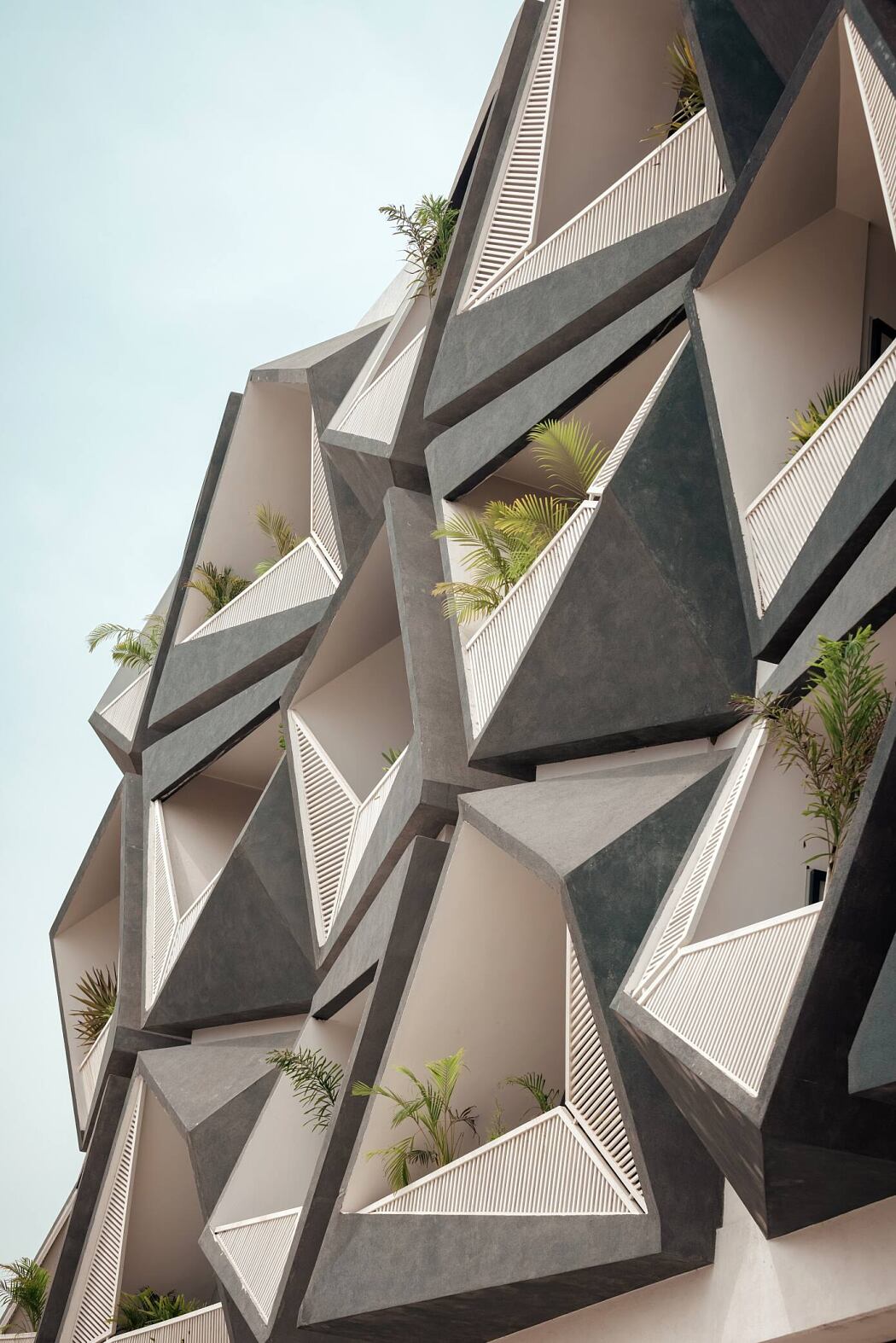 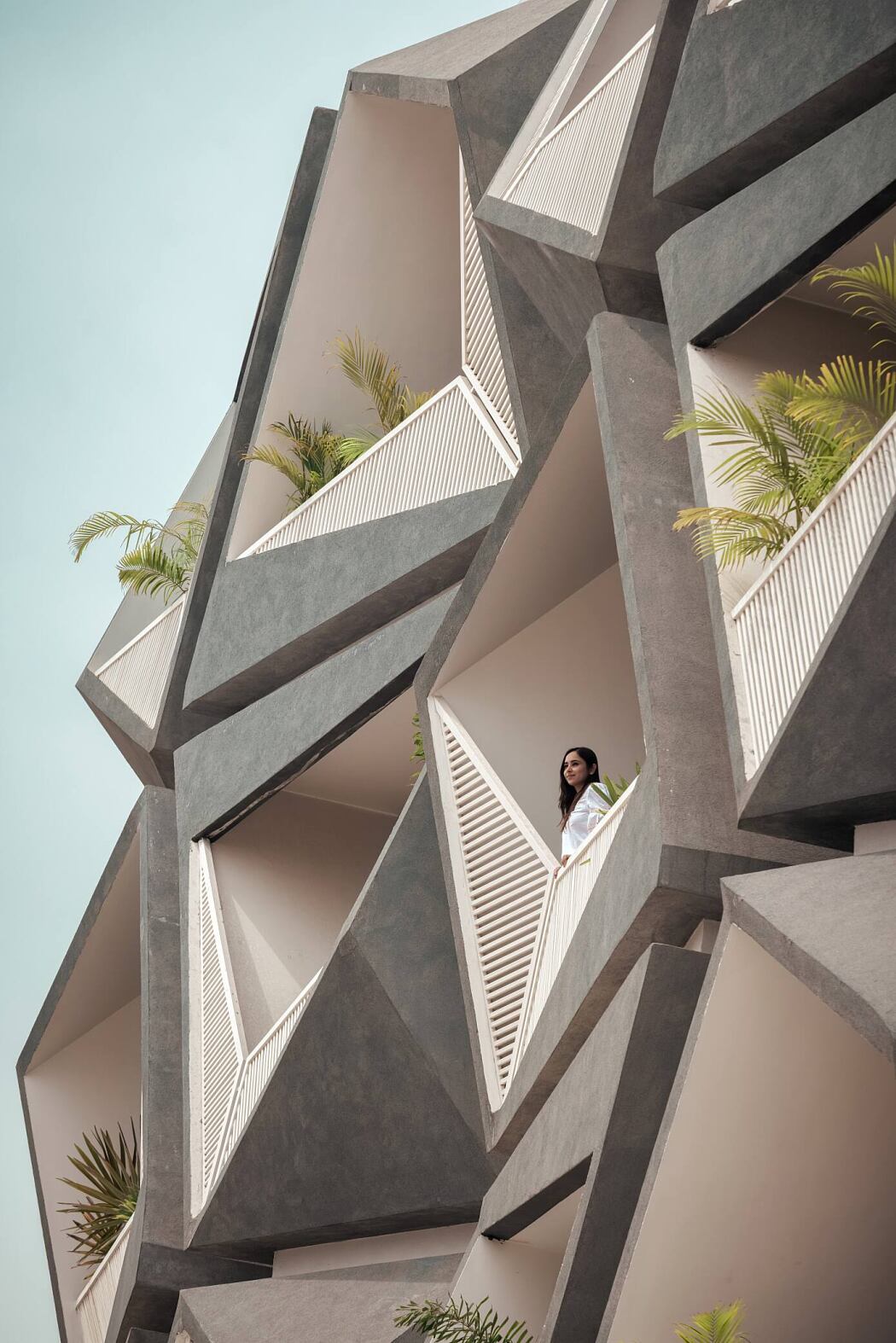 Located in sec-82 Mohali, a grooming industrial area, this project is a commercial building owning a major focus on being leased out for offices or display centres in the corporate arena.

It was a demanding job to do these two south east facing plots into something that lets happy vibes to everything and everybody around and furthermore , be such a stand that inspires the projects in prenatal state to be of a statute similar, thus, bringing class and pep to the otherwise mundane – grey – bland – boxes.

About this particular project, there stood a possibility of converting a small plot into something big by combining the two parcels of land, thereby creating a fractal system where the client felt the worth of the grandeur which will accelerate the rental income or the commercial value.

Confirming to the local building norms, it is an open laid out plan with fixed height which leaves the designer with the facade to romance with.

A small – simple box which blooms in grandeur when you open it or a fancy wallet you unbutton to learn how sorted it would keep you.
Such is architecture. So when 1607/08 were clubbed in sector 82 Mohali, the focus was diabolic; one, to keep the costs low; second, allowing the area a landmark.

An undisputed claim to uniqueness and comfort, around which it was worked to give the clients about this commercial raise. That it keeps robust and to avoid any revamping soon, the facade has been plastered in concrete. Which also, allows an open window for any kind of stone to be fixed as the mood be, besides being quick and easy to clean.

There are no substitutes for all that comes from Mother Nature as it is. So abundant – abundant sunlight which is promised by the cubes queue balconies .of course, with breeze cutting at right angles thro’ every room on each floor, which again is taken care of by the glass apertures which are shy of any misery. Basically, to bring about something where while working, one enjoyed one’s rightful claim to sunlight and air.

Serenity brings sapience and sanctity. This maxim directed us towards doing the walls inside with simple strokes of paint in beiges and whites. It is through’ experience we have learnt that less is more and to boot, it branches towards a good number of experimental endeavours.

The idiosyncrasy of the building is the facade. A concrete facade with balustrades in ivory hued cage frames to which copious oxy planters wave with the breeze.

A two minute break from work to stretch, you get your personal space for coffee instead of long and bland balconies.

Never Never Cube is a matrices of parallelepipeds. Fractals of sun deck, assuring natural light run through the dormers into the dormitories and cubicles of the office, allowing the inmates of this commercial space enough vitamins for the body and soul, this construction took about a year and a half.

All this, and a cherry on the pie… that the building cost is contained at Rs1000 Per sq feet. Please pinch yourself.

The baton of architectural aura, once lit by Le Corbusier, if architects and designers could do their bit and have the spark brighter to illuminate the efforts around the tricity, the purpose would have lived in happy breaths.