My yoga and meditation experience in India

Every yoga-interested girl around this world probably has a dream about going to India to do yoga – if she hasn’t been already. The genuine mystique and spirituality that yoga seems to have in India is far beyond what you’ll find in a gym in Europe.

When planning my trip to India, a must was to do at least one yoga & meditation course. I’ve been practising yoga for five years now, but in a real western exercise way; to exercise, stretch and relax, and that’s about it. I’ve been aware that it from the beginning was used as a preparation for meditation, but I’d never thought about the spirituality around yoga more then that. Excited about what this experience would give me, I started to look for yoga retreats that would suit me. 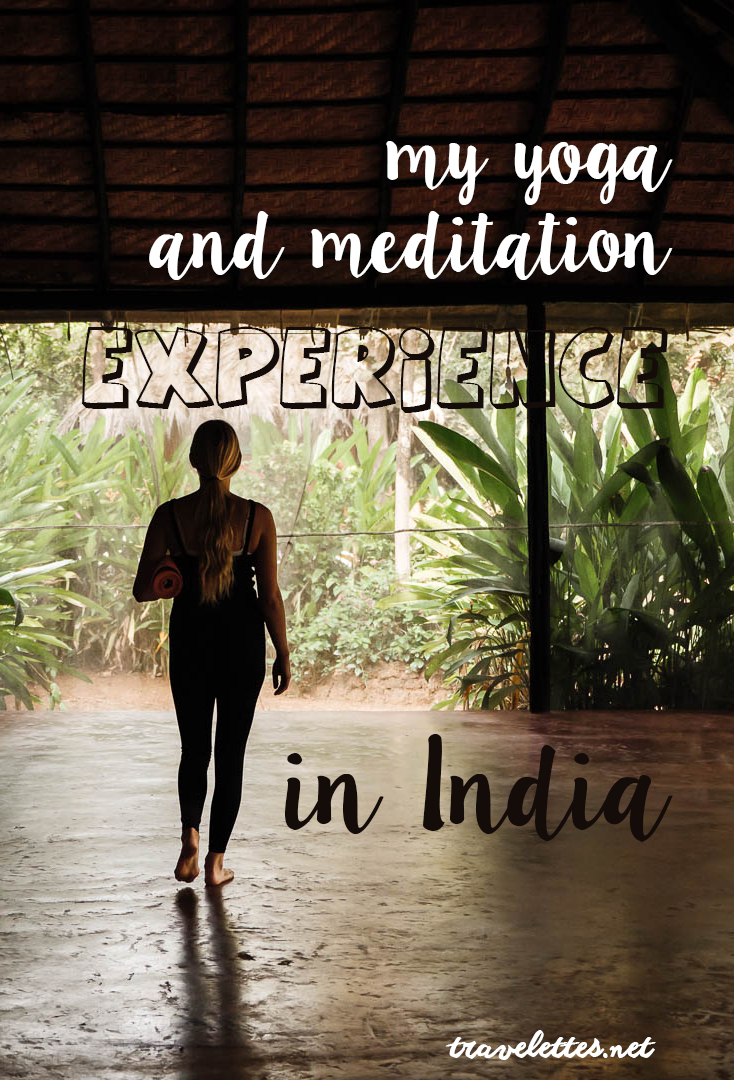 Since I wanted to be flexible on my trip I didn’t wanted to book anything in advance – and I found out that that was a good choice. I found a place with top reviews in the middle of the Goan jungle that’s famous for giving a deeper explanation of what yoga is. It was 50 euros per night including amazing vegetarian food and a minimum of one meditation class and two asanas per day, whilst a similar package booked from Sweden through a yoga center would be 110 euros. 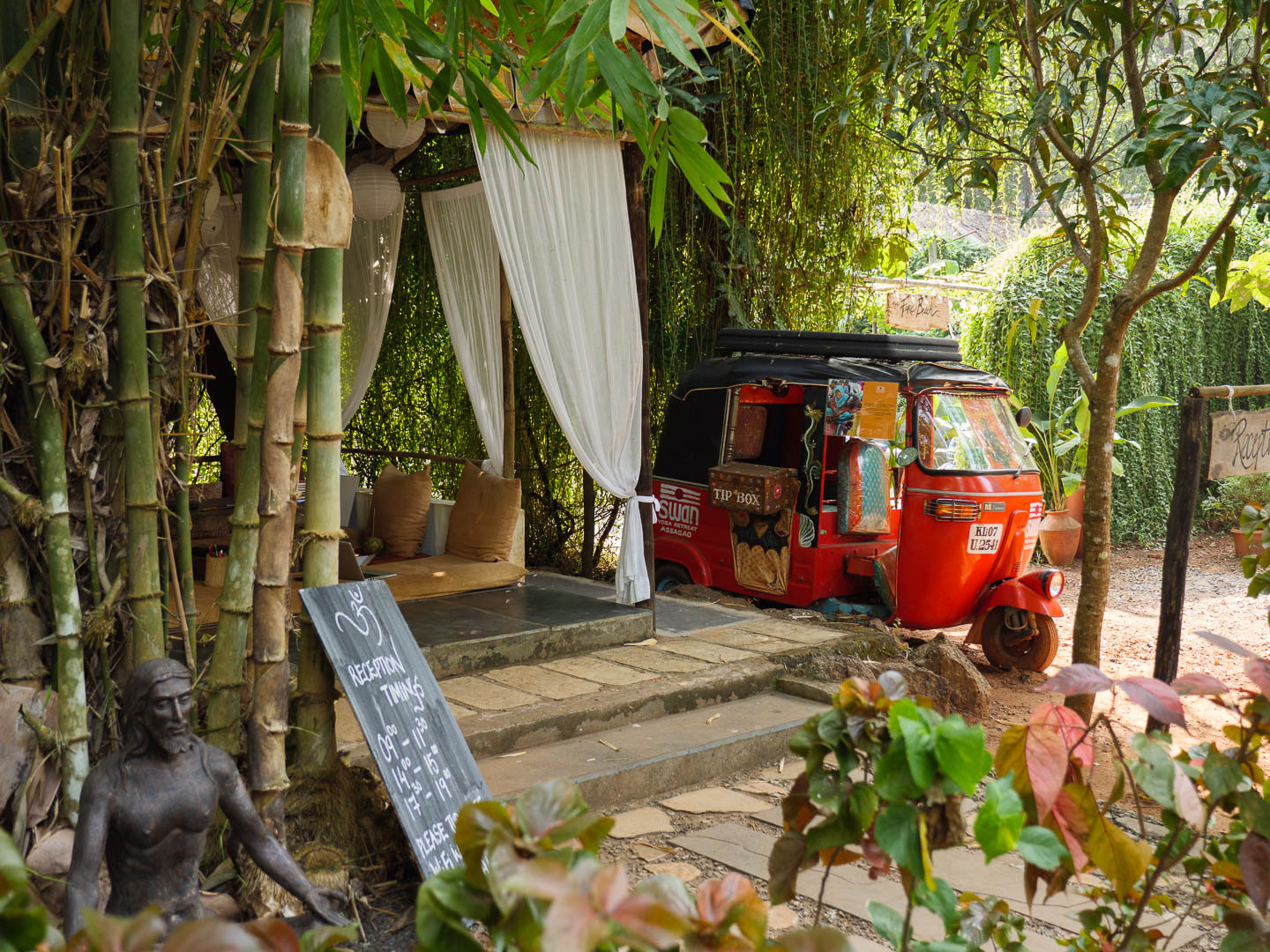 The retreat I found was placed in the middle of the Goa jungle. There were many yoga retreats that wereright on the beach, but for me it was more important to get a proper ”Indian” experience of yoga. I wanted a tight schedule, experienced and well educated Indian teachers and that the retreat would give me a better understanding of what yoga really is and the history around it.

The retreat was built up like a little village in-between the trees in the jungle. We stayed in small bungalows and there were many different temples and yoga/meditation halls in the “village”. When arriving a man responsible to take care of the new students asked me to tell him about my yoga history. I told him about what different types of yoga I’ve tried, and that I’m not that ”good” even that I have been practicing yoga for a while. And he said ”Not good? Yoga is like food. You don’t compare how much food you can eat – or how quick you can do it. Food as yoga is just a part of life.” My yoga experience in India had began. 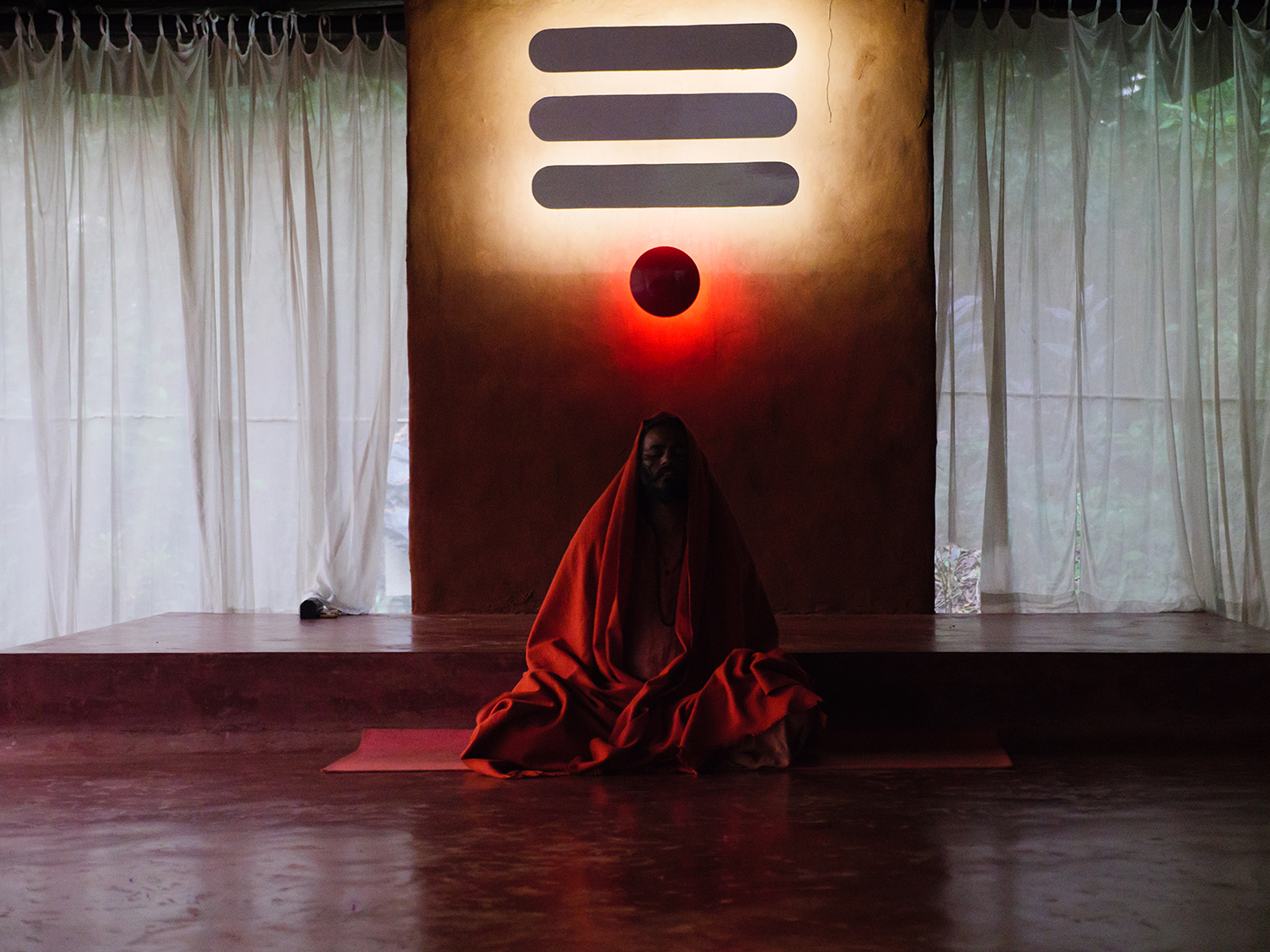 They days started with meditation at 6am in the morning(!). For me the meditation was more physical challenging then the asanas (that is what we in the western world call yoga and do at the gym). To sit still in one position without moving made my back burn with pain. Of course the concentration of the meditation was also really challenging but that I was expecting – not that it would hurt so much to sit cross legged for one hour. 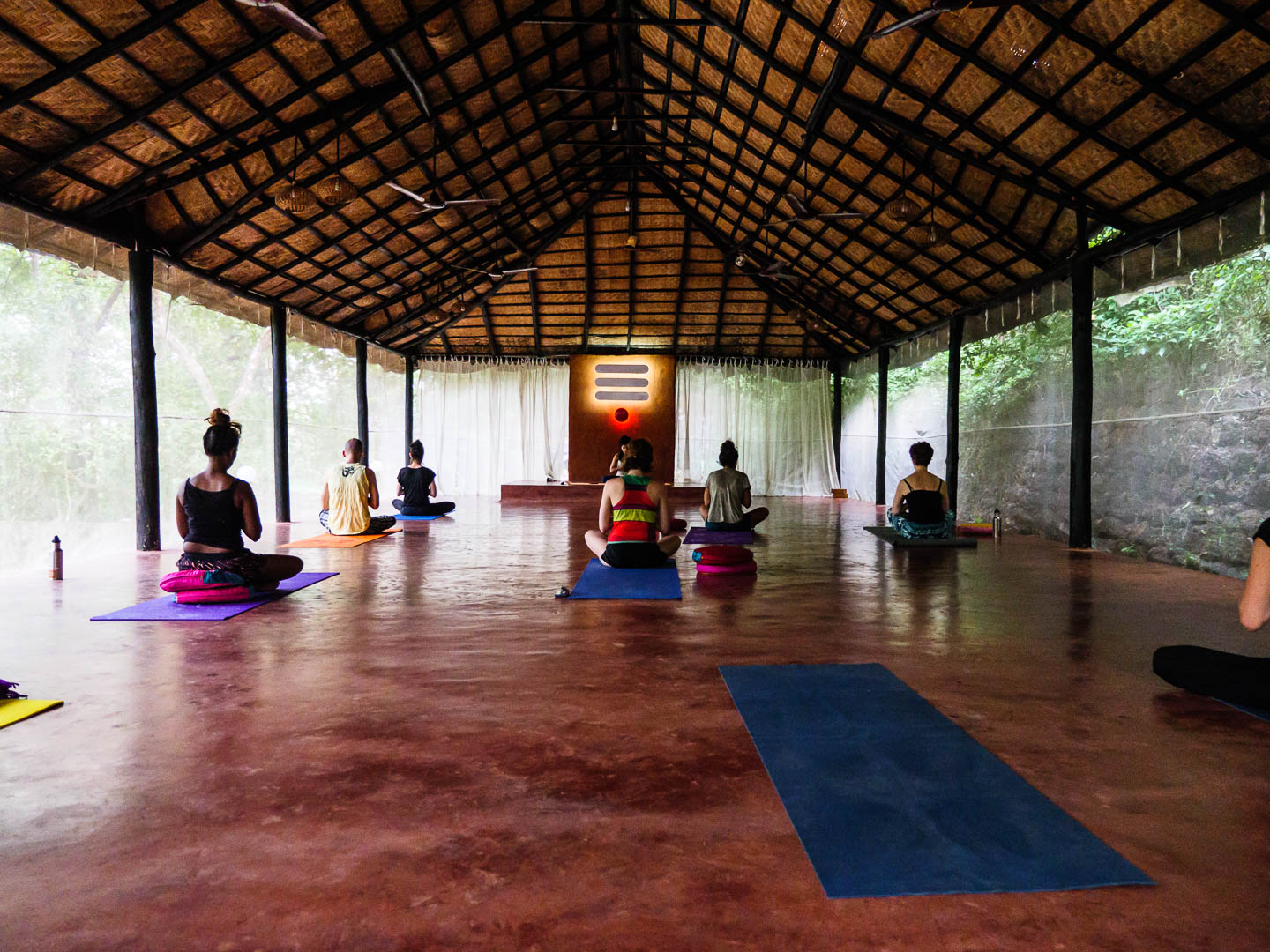 After morning meditation we had a fruit and herbal tea break before the first asana of the day. I didn’t know what to expect from the asanas since I’ve done so many different yoga types in Sweden and there are big differences between for instance a slow Yin yoga and a physically challenging Vinyasa. But the asana was a really challenging mix of flow and physically more static yoga. I really enjoyed it. We always started the asana with two pranayamas (breathing exercises) where we controlled the breathing. 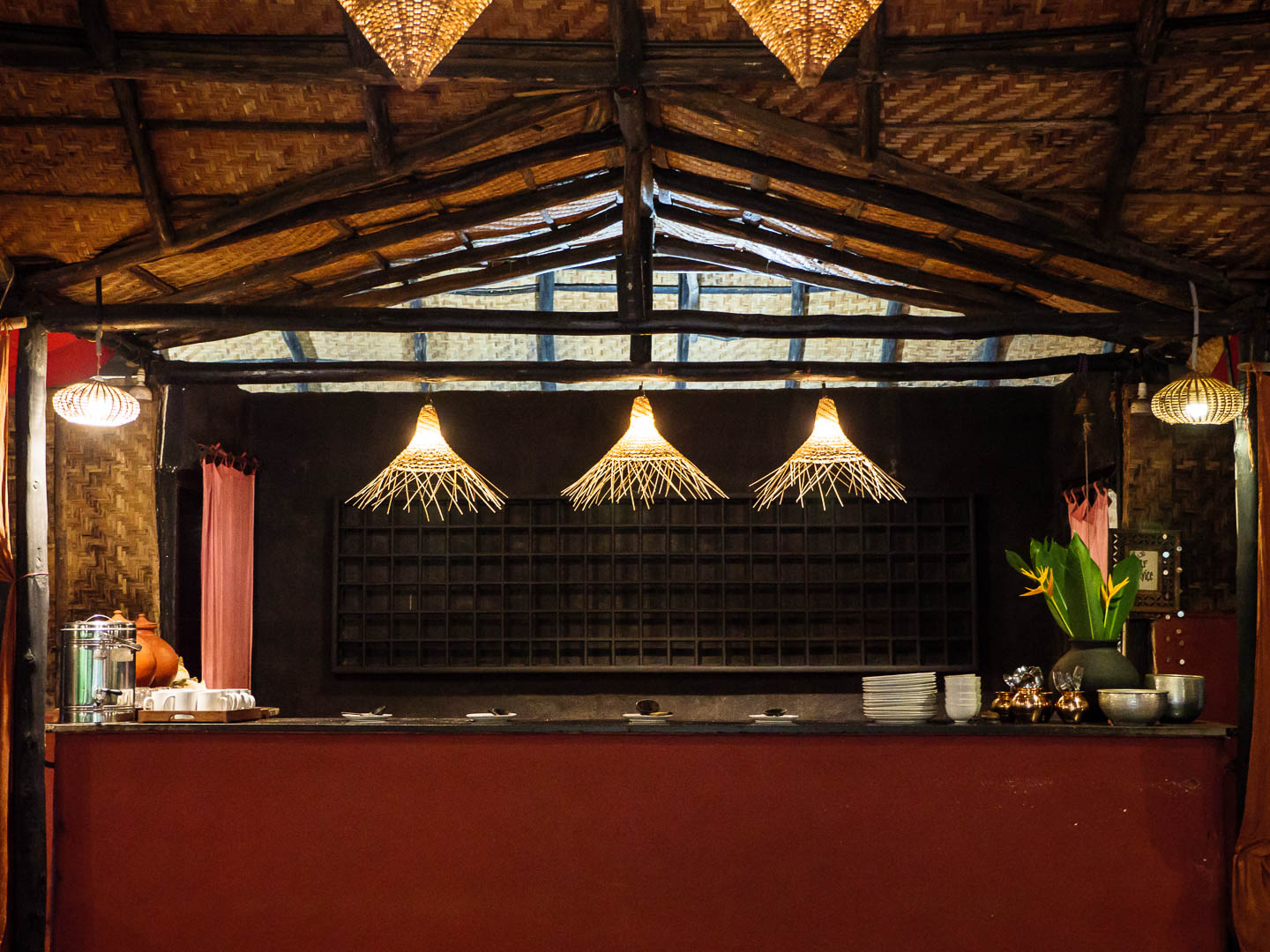 After the asana was brunch time. Since you shouldn’t eat to close to an anasa class we only had proper food two times a day –  brunch and dinner – wich was really hard for me who has a regular eating schedule of every third hour. But OMG, the food was amazing. It was a buffé of healthy, vegetarian food with fresh vegetables made in Indian style. With only two hot meals a day everyone made sure to get really full when eating, since it would be at least an other eight ours to next meal.

And so the days continued with more different meditation classes and asana classes. We had yoga philosophy classes where we got thought more about the mantras, about the yogic history and how to practice yoga within your everyday lifestyle. There was a library where we could borrow books about yoga and meditation to get even more focused during our stay. 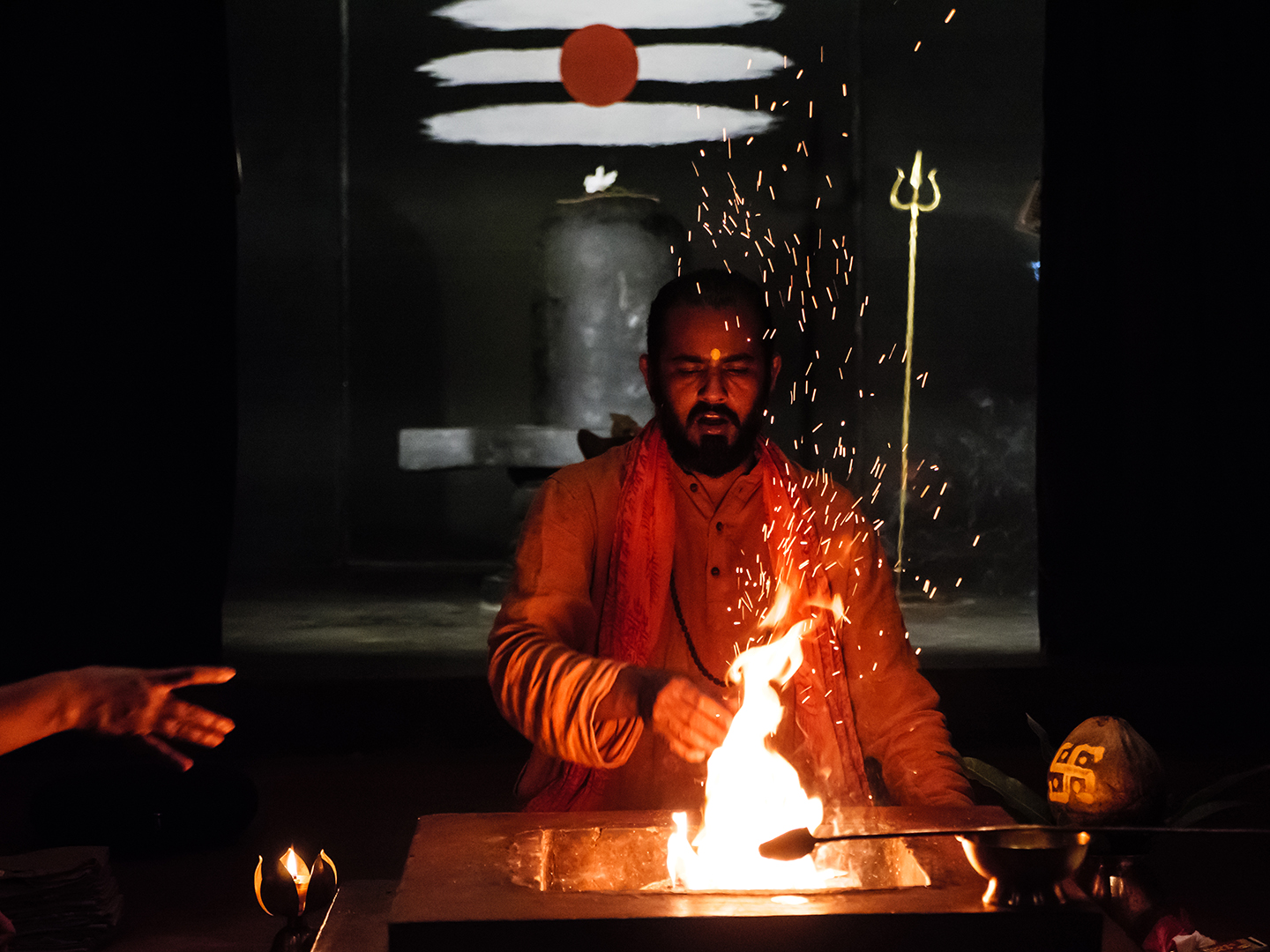 The schedule also included introduction to religious ceremonies such as Havan (fire ceremony) and Tulasi Puja (holy basil offering) which made the whole experience more spiritual and authentic. These are rituals with thousands of years of history in Asia. One day we also got to try yogic kriyas – a way to cleanse the body in a yogic way by drinking salt water.

So is yoga in India for everyone? There are so many different types of yoga retreats in India. You can stay with Gurus for months in an Ashram (a monastery or spiritual hermitage), or you can stay on the beach and do vinyasa yoga twice a day in your mother language. Whether you just want to add a bit of exercise to your holiday or read all the old books about the yoga tradition – in India it’s all available. And to do yoga in India is really special, whether you decide to the whole spiritual part or not. Just imagine the difference to meditate in the sunrise on the beach – instad of in a basement in the city. Or to do yoga in the middle of the jungle with the birds singing – instead of at a gym where you don’t know if it’s summer or winter outside. A yoga trip to India will make your personal yoga experience more beautiful and interesting  – no matter how far you decide to go.