Mota is a located in Vila Mariana, São Paulo, Brazil, designed in 2021 by FCstudio. 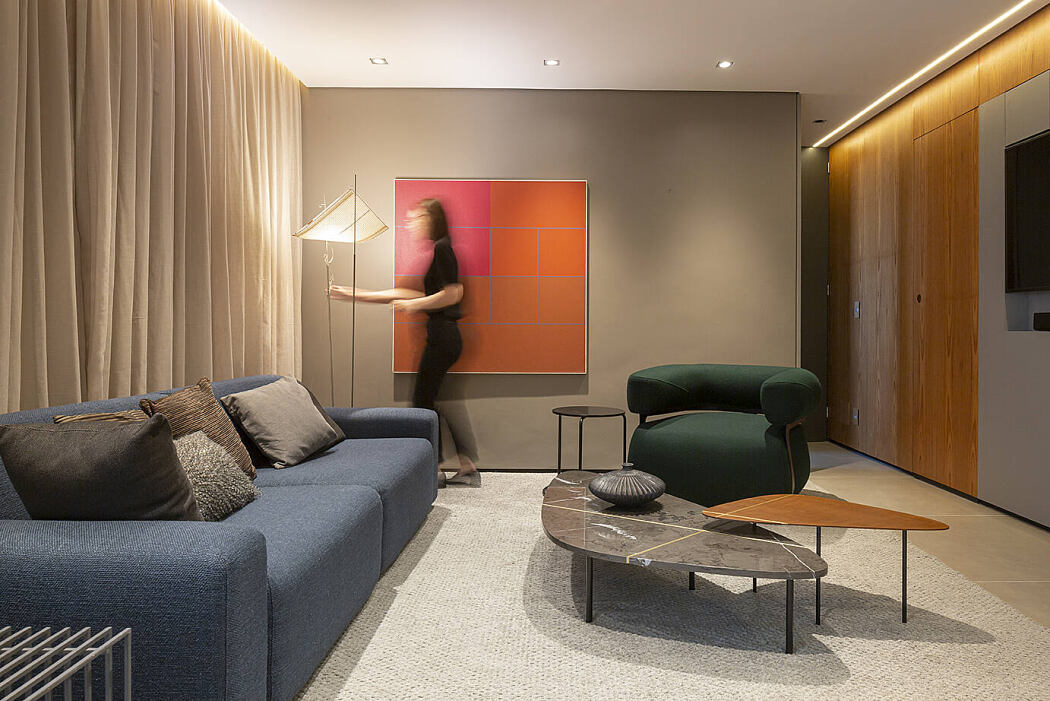 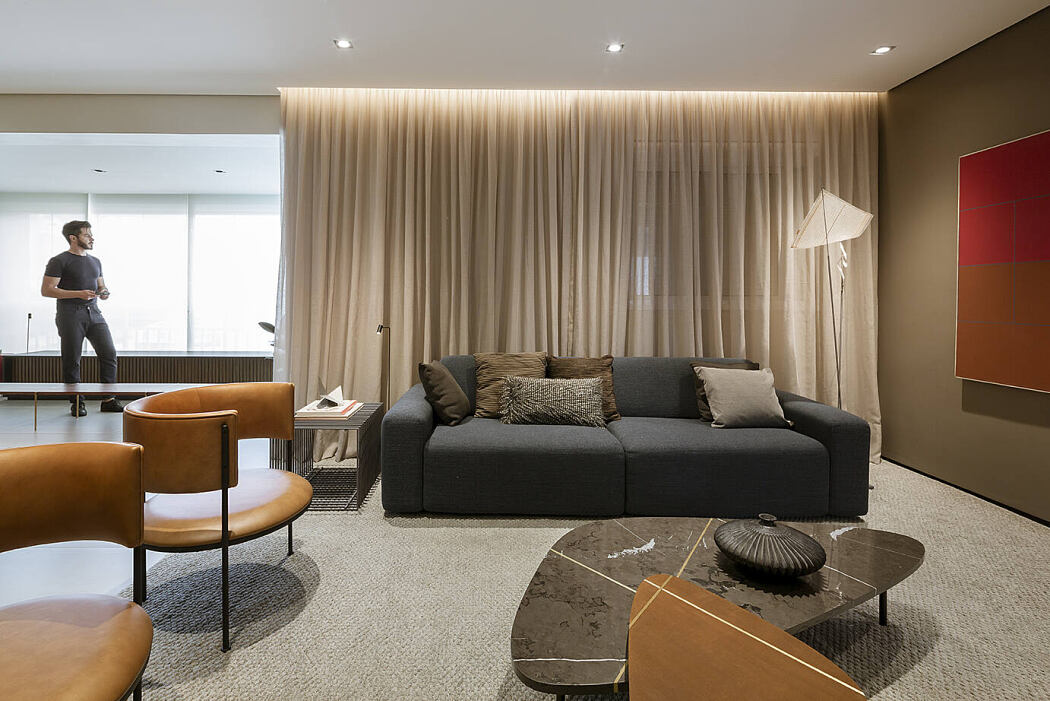 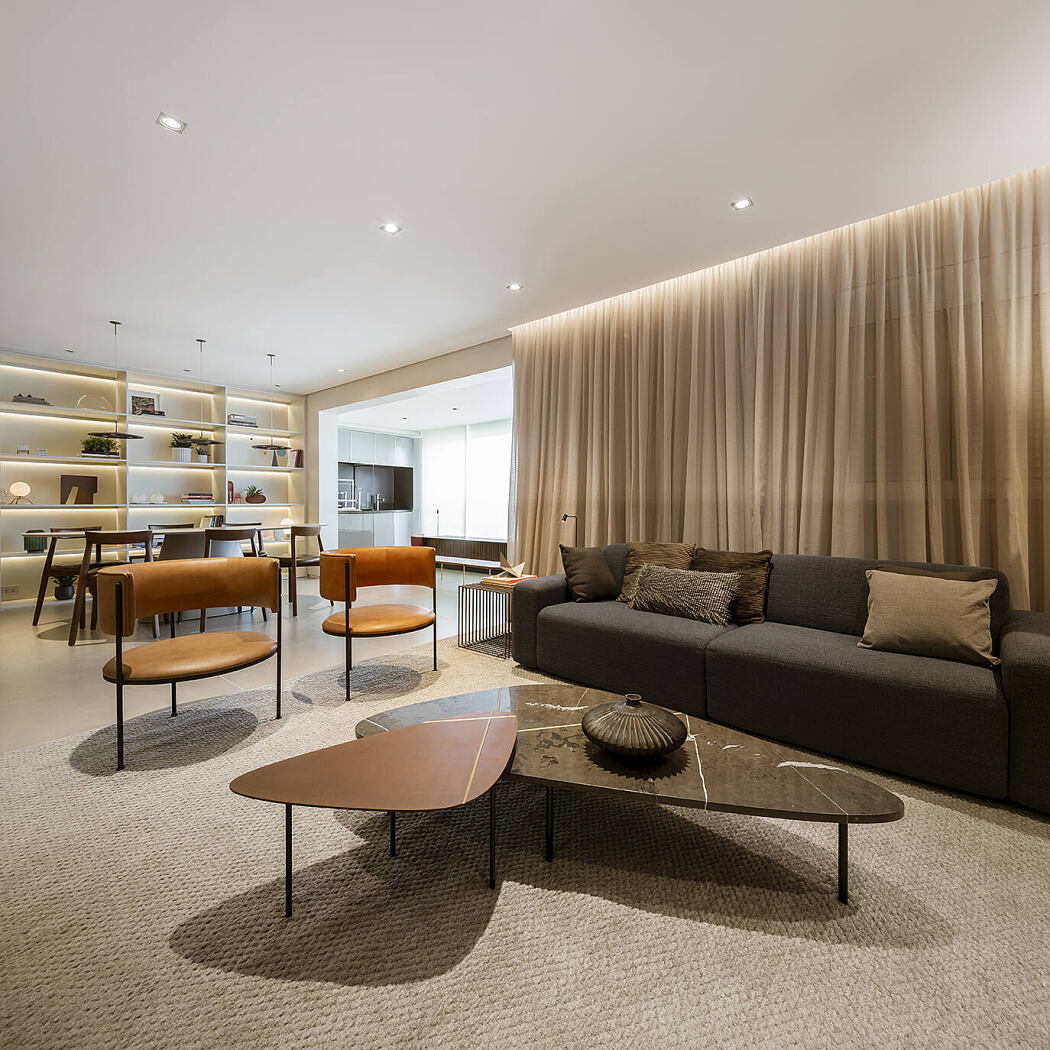 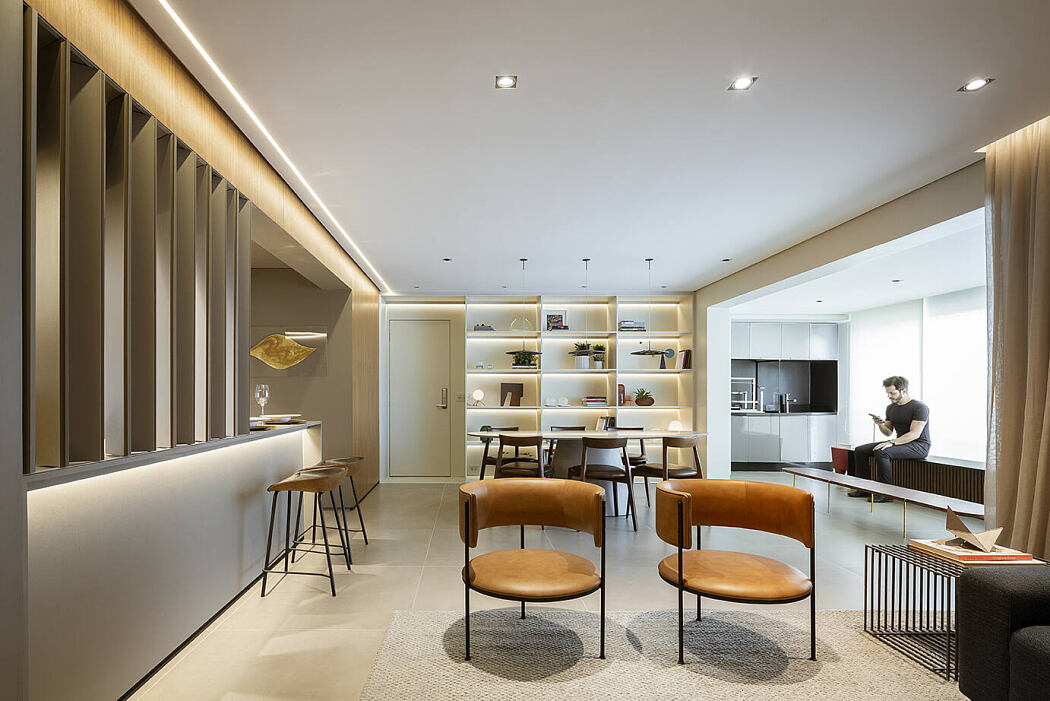 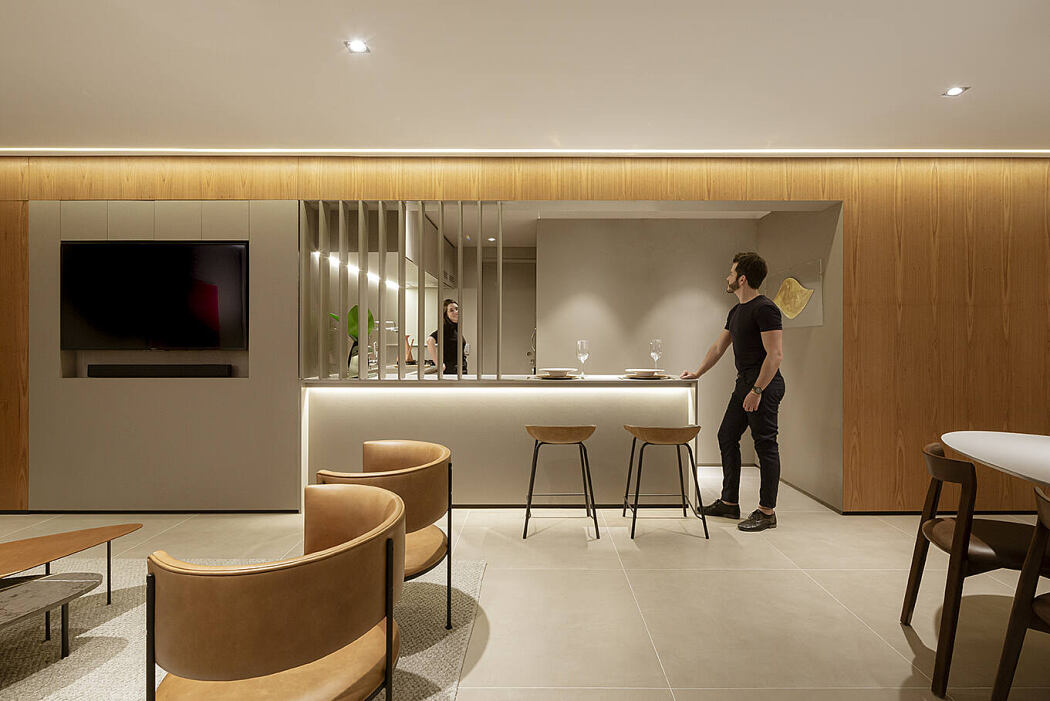 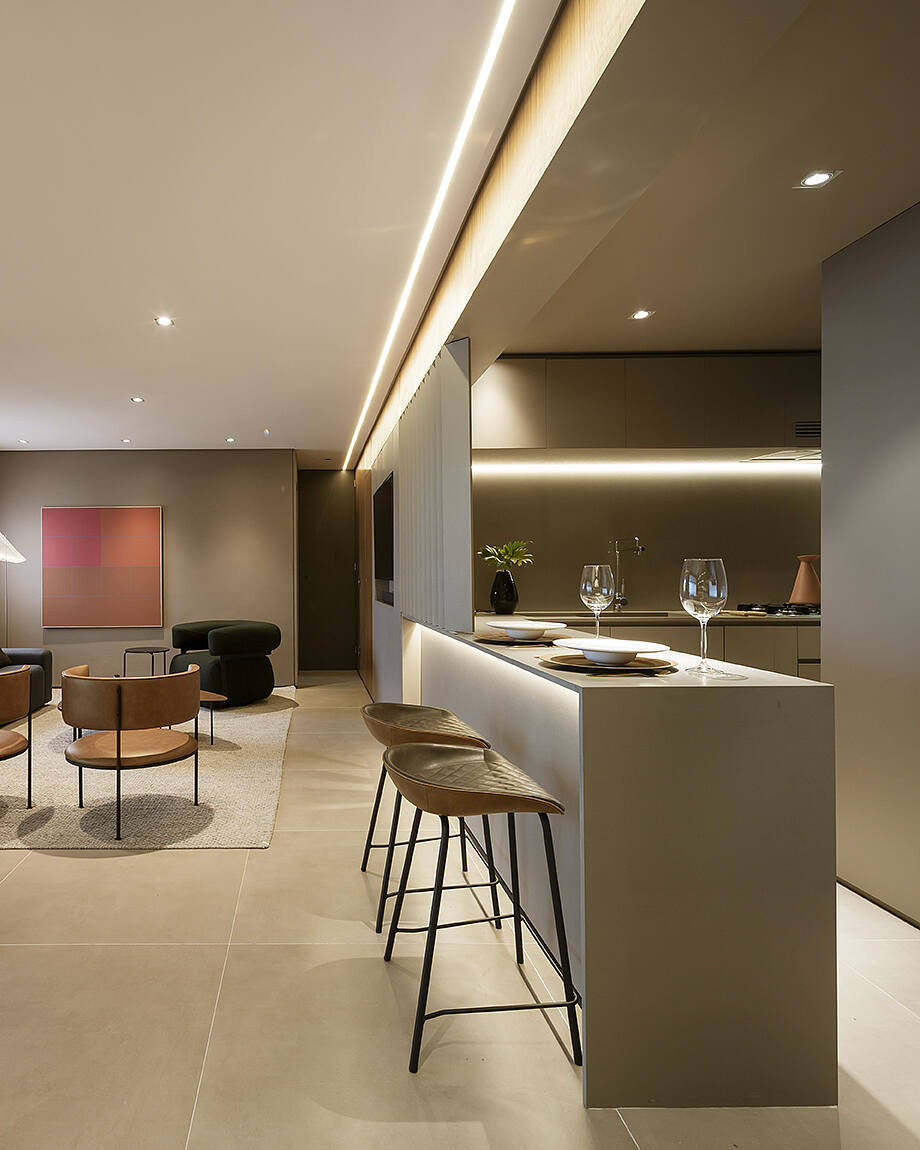 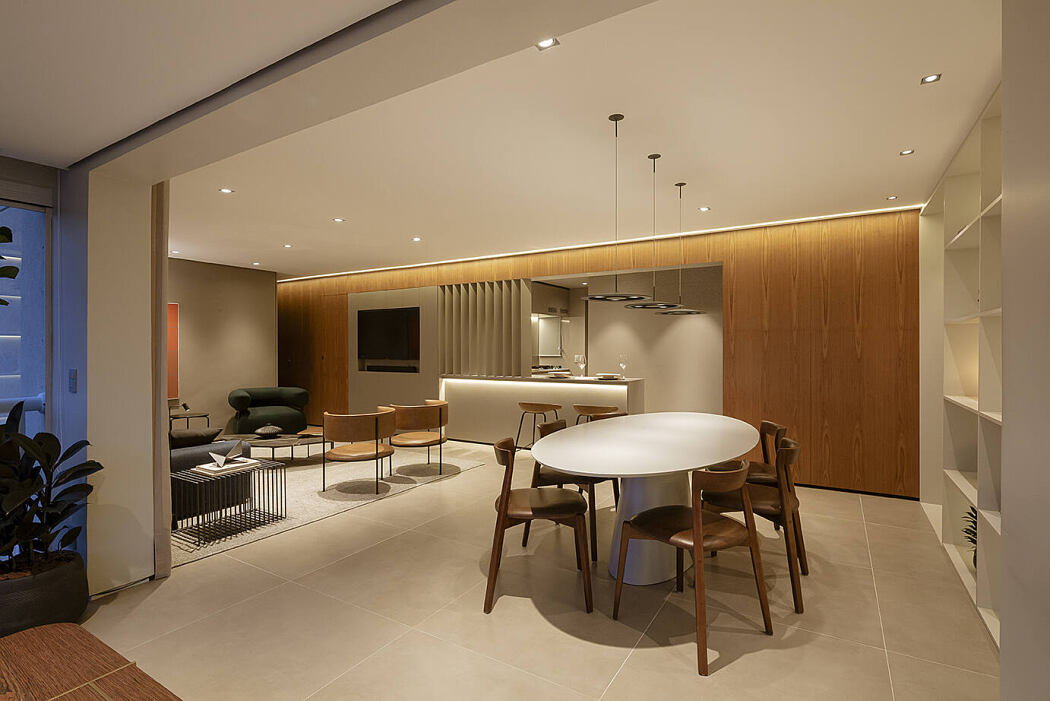 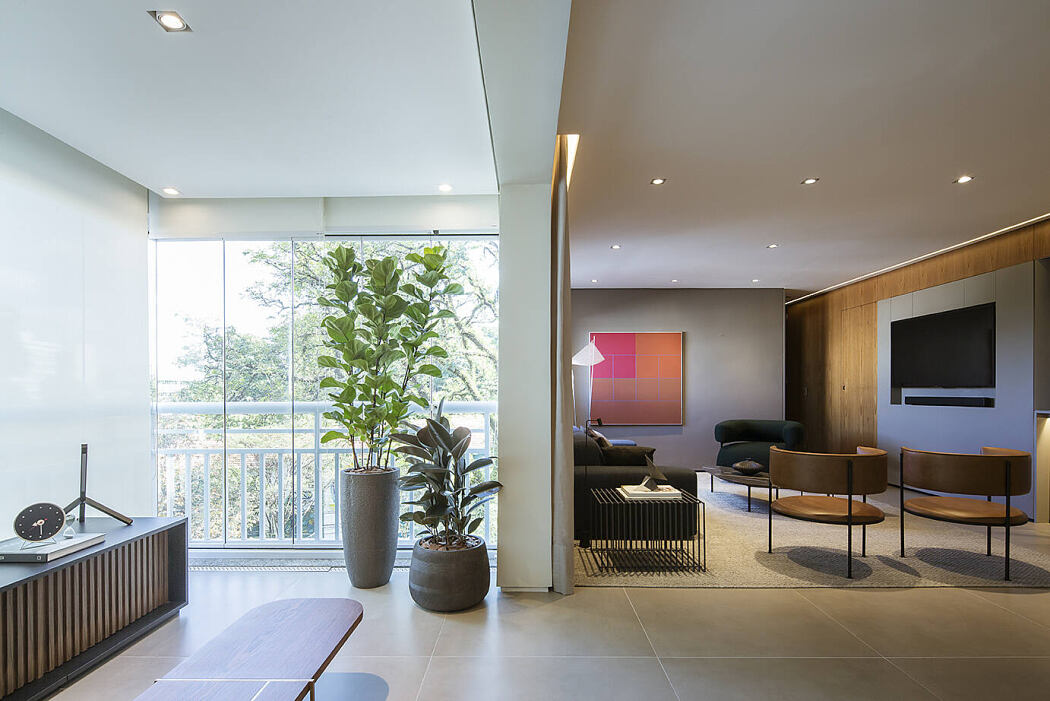 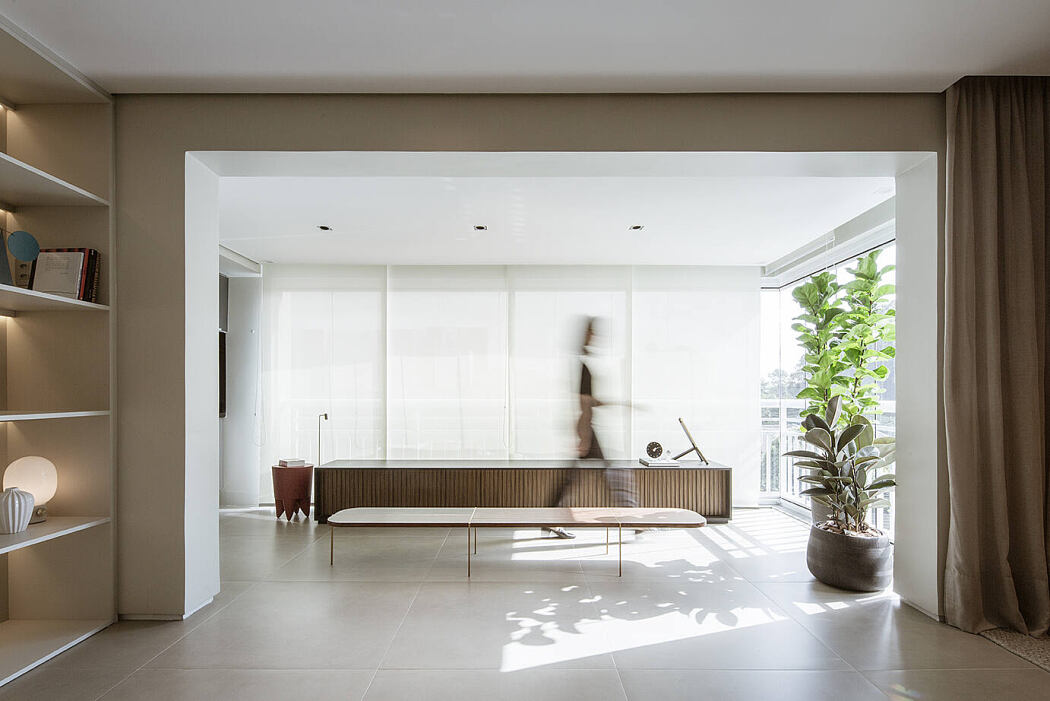 The project for the Mota apartment, located in the city of São Paulo, Brazil, was requested by a businessman who had just bought the property, previously owned by a family with two small children. Thus, due to the great difference in needs and lifestyles, our project was requested.

We eliminated walls and integrated spaces to prioritize the new owner’s daily routine. The project was developed after conversations with the client to understand the particularities of his personality and his lifestyle.

A large panel of freijó wood horizontally expands the room enriches the social space. Perpendicular to this panel is the bookcase that camouflages the entrance door and serves as a support for the client’s personal objects, being one of the elements of the design requested by him. By integrating the entrance door to the bookcase, we visually make the space even more horizontal. The lighting technique reaffirms the design intentions, as it was thought in conjunction with the joinery and layout.

In addition to the interior design, we designed five pieces of furniture for the apartment: the Orbita dining table, the Rod side table, the Brasilia coffee table, the Campo coffee table and the Gap bench. All of them took into account the proportion and materiality of the interior design, ranging from marble, wood and steel. In addition to the furniture pieces, we also designed a sculpture named Leku, displayed on the entrance bookshelf.

The choice of materials was taken according to the region where the project is located. The type of wood and marble are commonly used in Brazil. In terms of design, the pieces also allude to the national scene. The Brasilia table, for example, is inspired by the urban configuration of the country´s capital, while the Campo table is a reference to rural plantation fields very common in Brazil.
As a result, we improved the spatial integration, flexibility of spaces and harmony of the whole, trough architecture, lighting and furniture design.