Conversion of an ancient miller’s house into a home for a family with tree kids by asdfg Architekten.

The project is situated in Berlin, Germany. 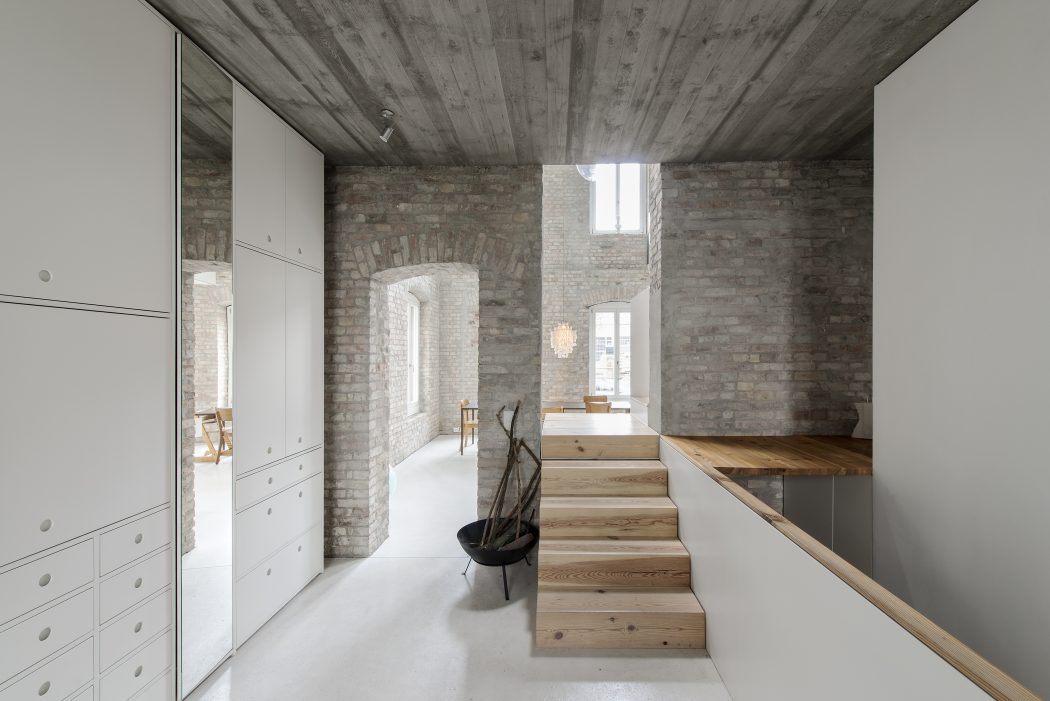 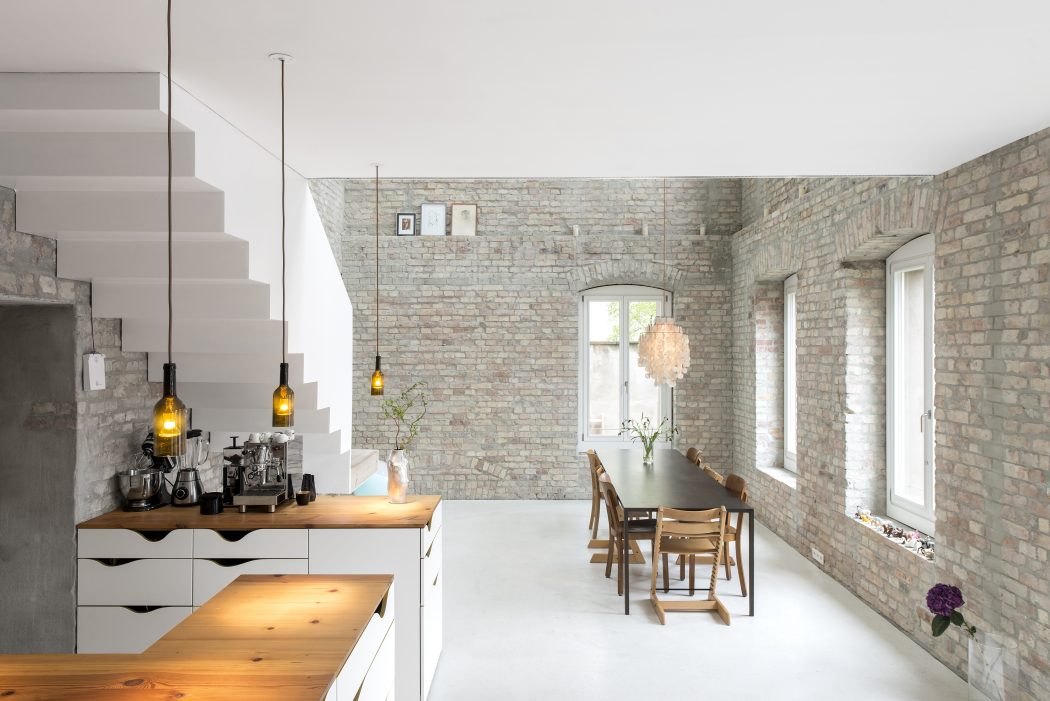 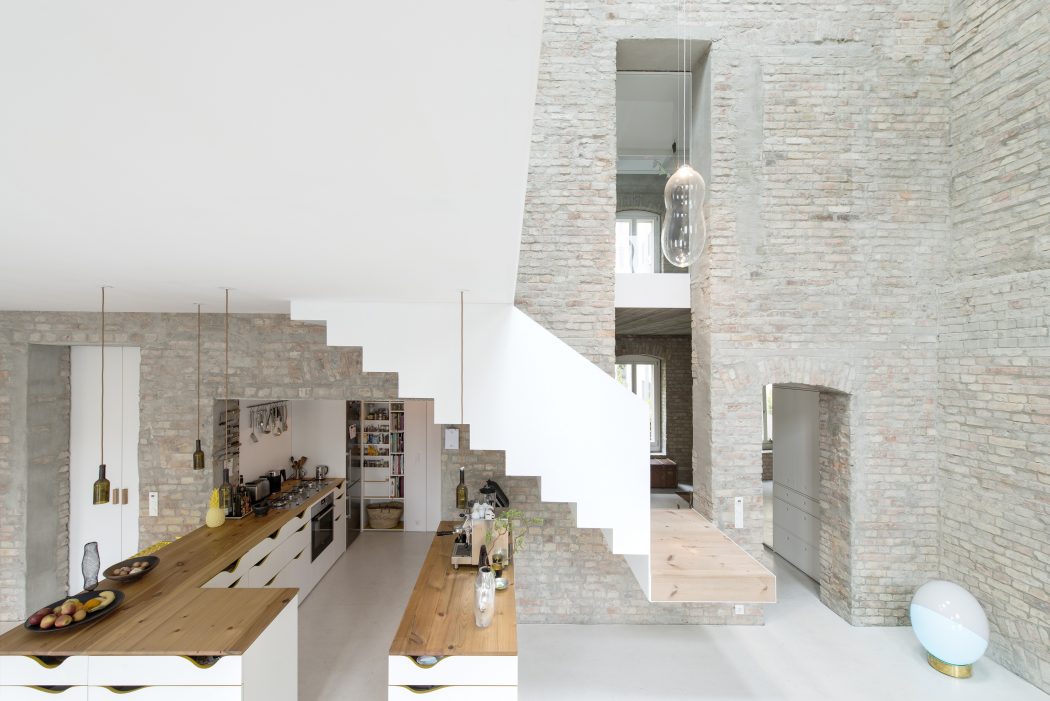 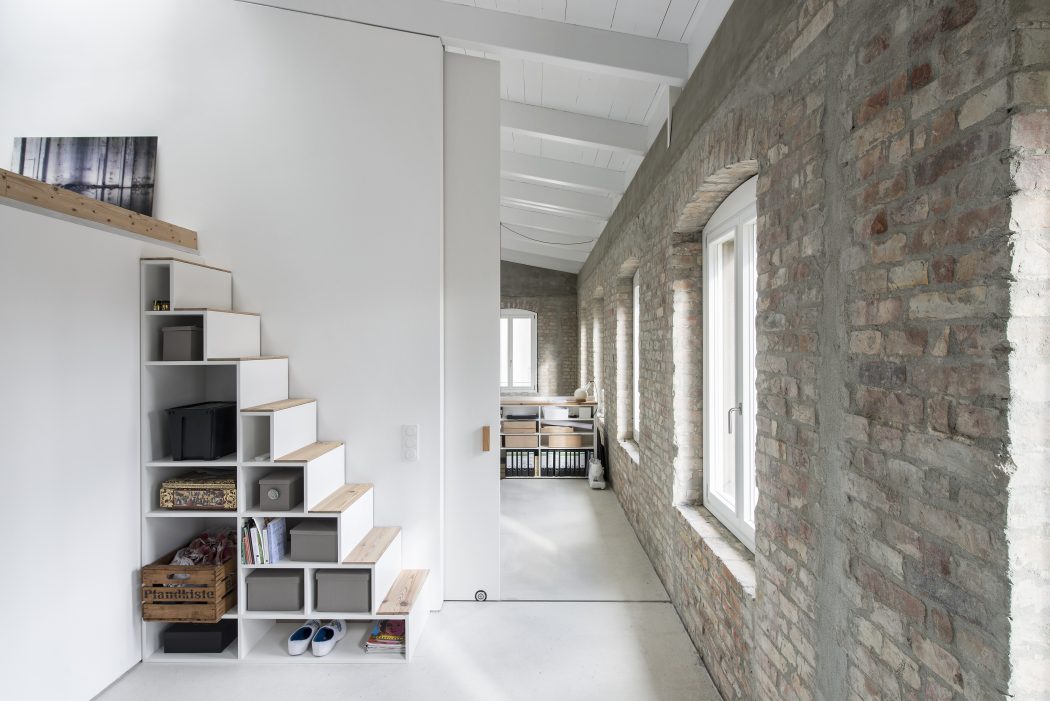 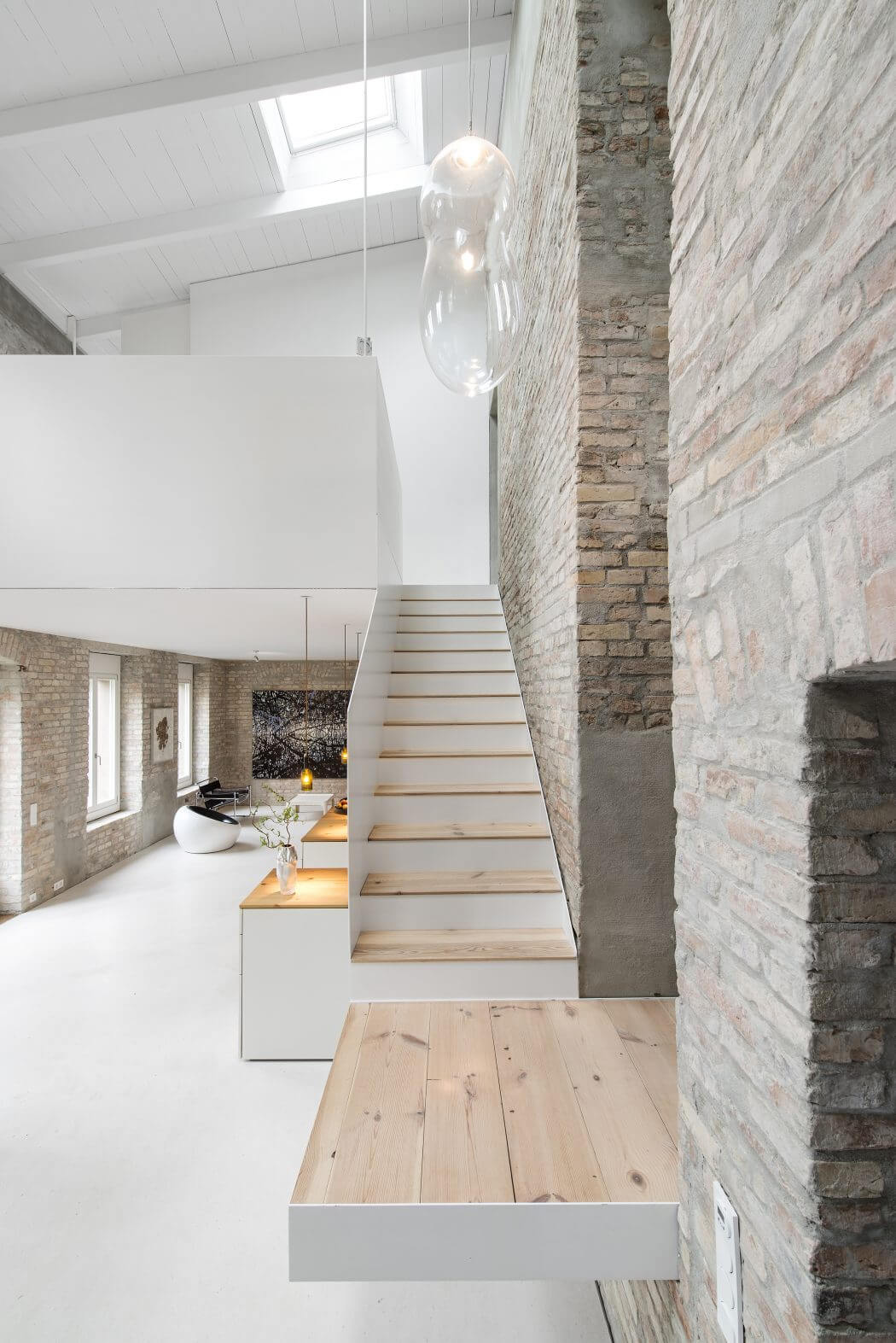 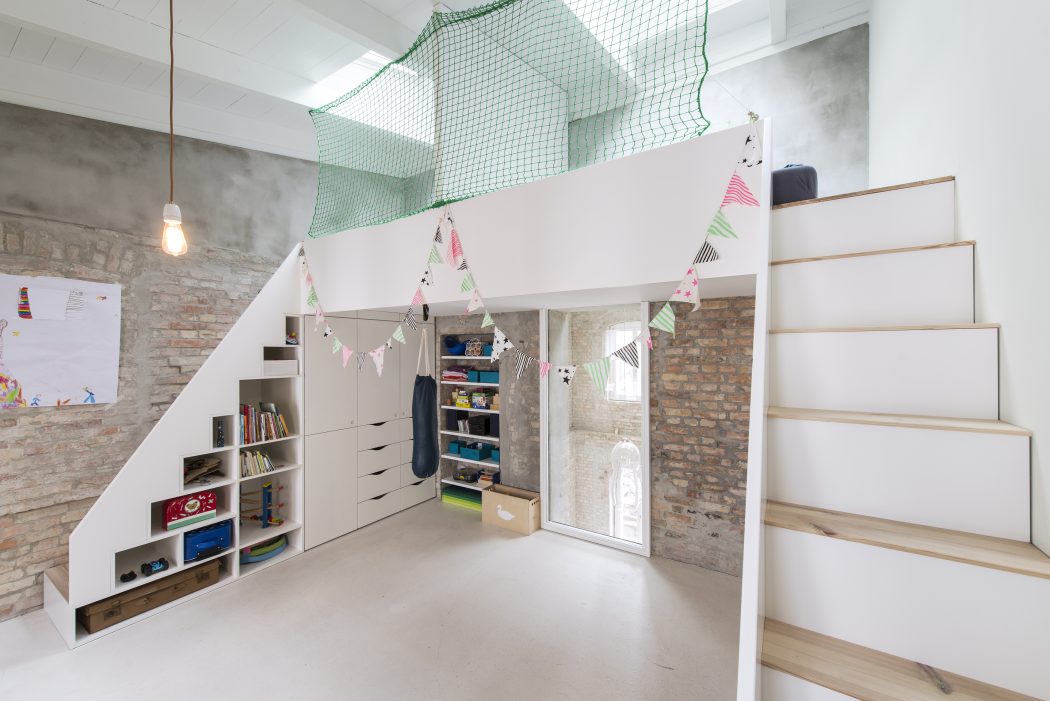 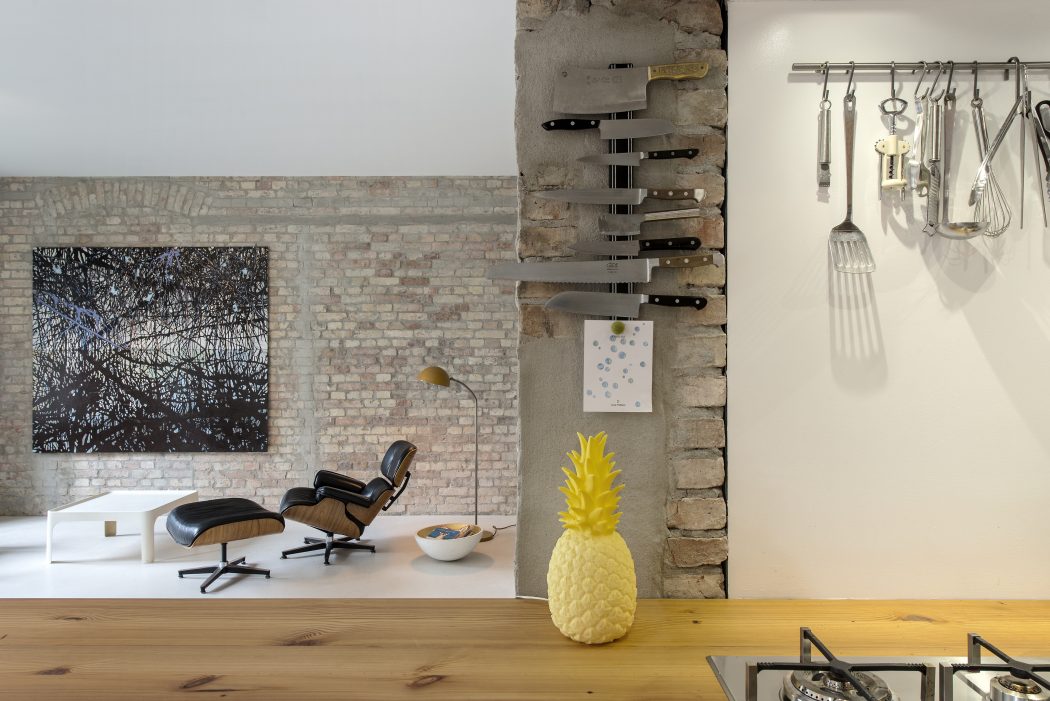 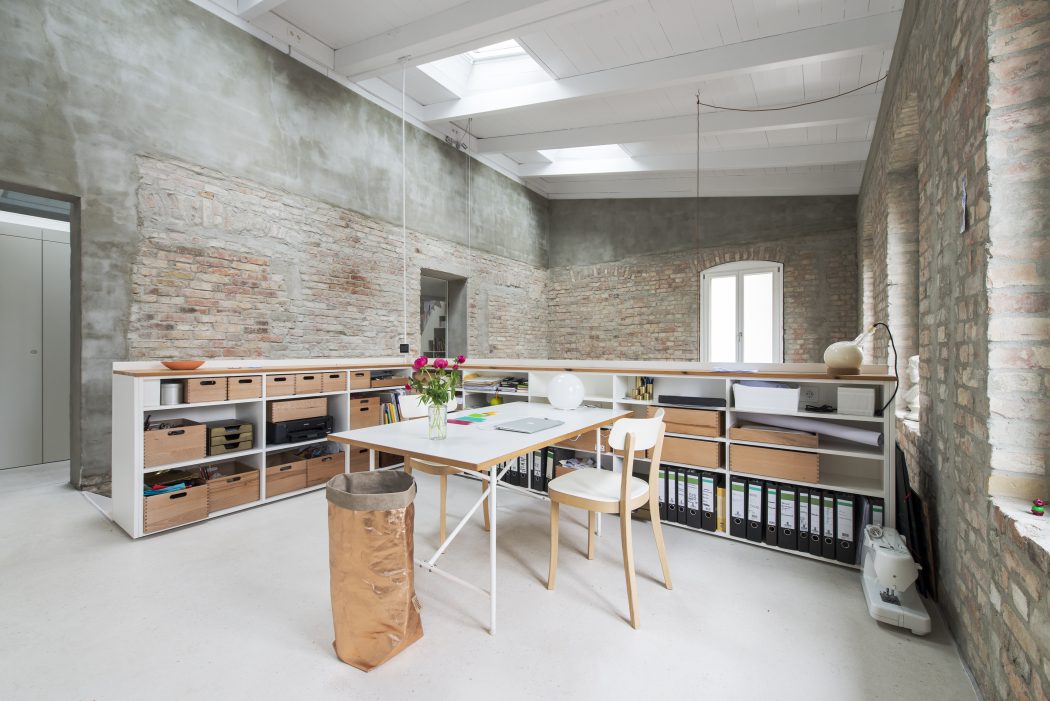 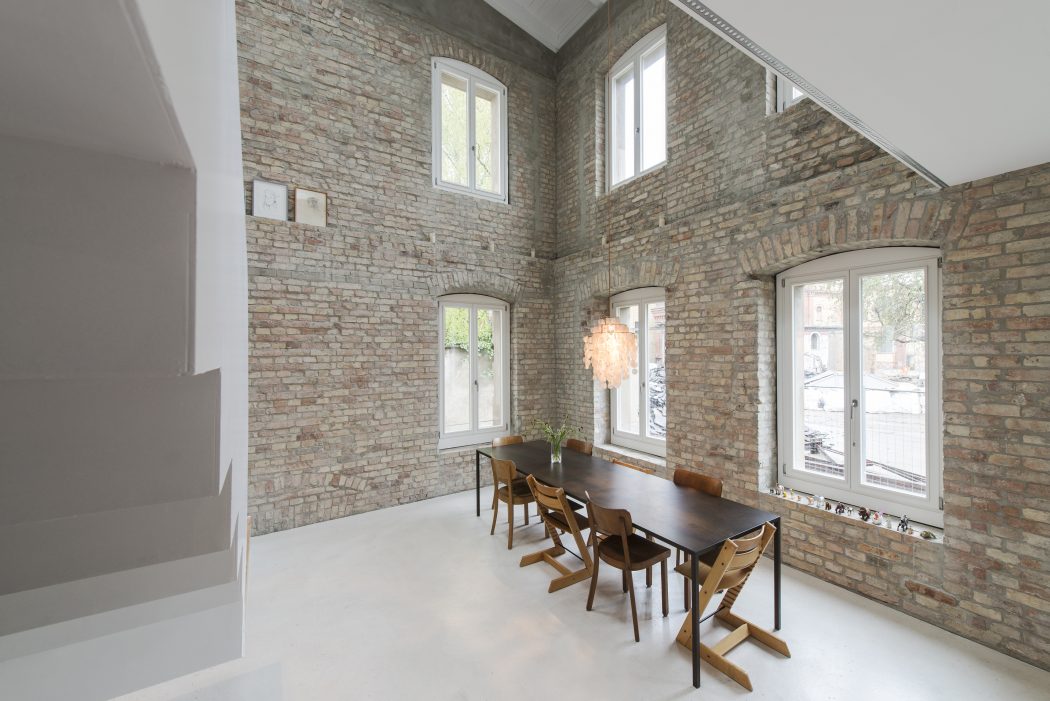 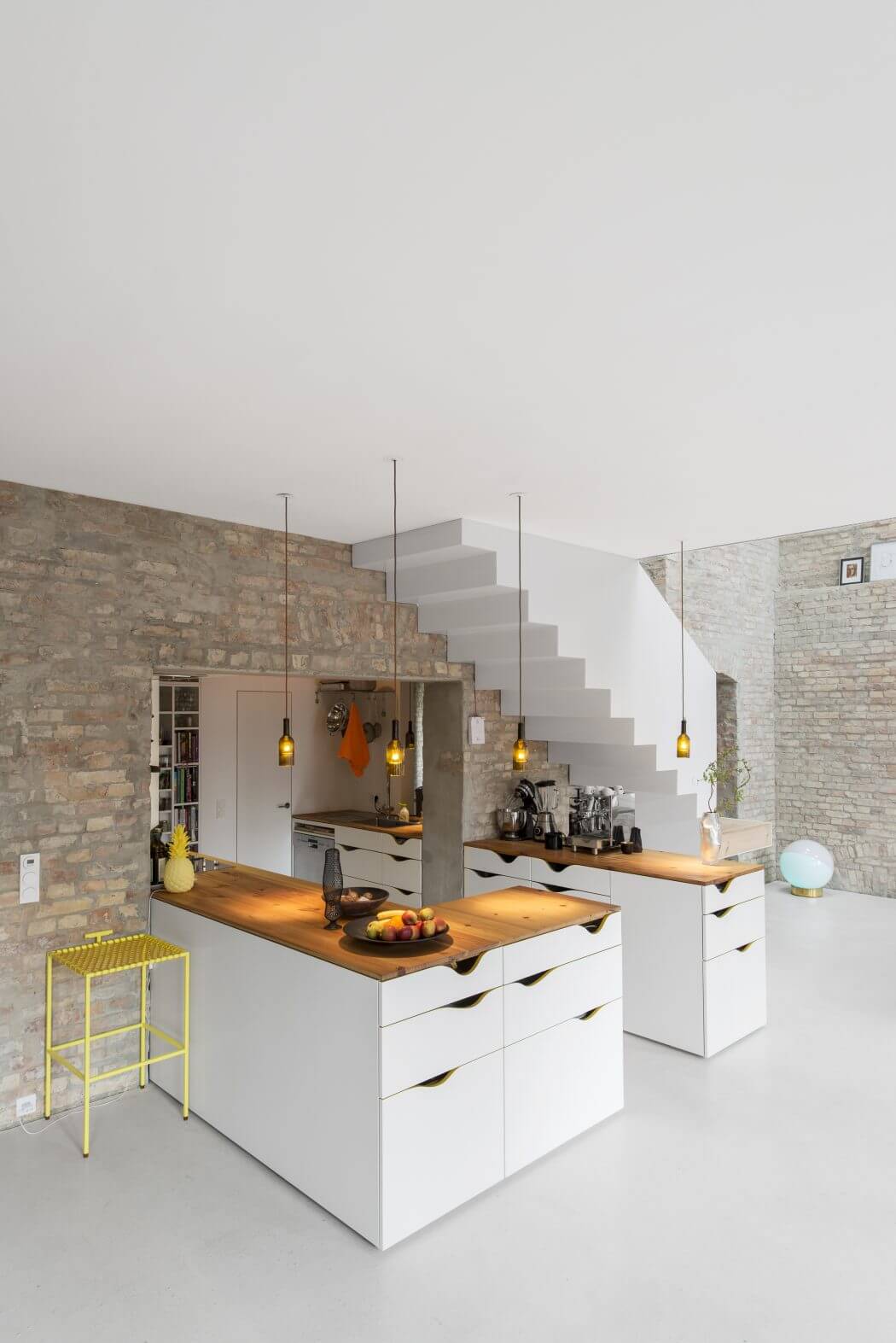 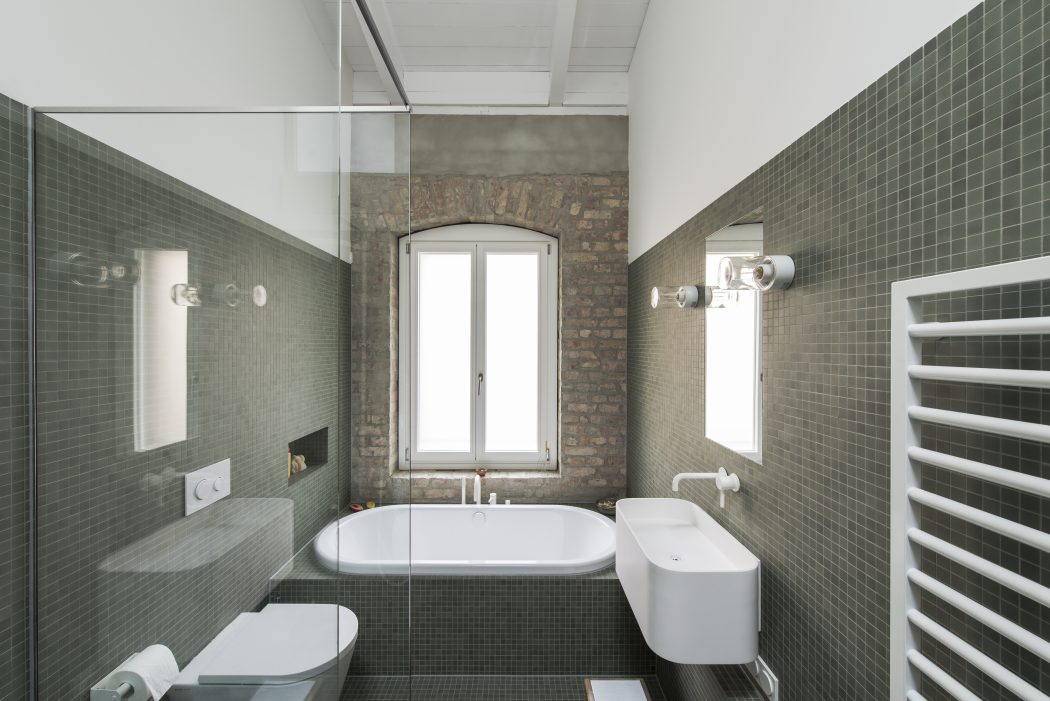 The history and special situation of the building was a big challenge, but we also saw a high potential in it to become a very unique single family house with a garden in the center of one of the most popular neighbourhoods of Berlin.

As it is the oldest building of Prenzlauer Berg, the authorities requested us to reconstruct the facade of the heritage-protected building precisely as depicted on an historical drawing from the year 1844. We wanted to show the history of the old building without pretending that the facade would be 170 years old.
Our concept was to interpret the lines in the historical drawing as differences in the height of a stucco facade using ancient techniques and materials.
In an architectural drawing a line could be interpreted in different ways; as a gap in the wall, a section line or a difference in height. It took quite some time and many visualisations and physical models to convince the authorities of our solution.

As a result of the previous uses as a police station and a workshop, followed by many years of vacancy, the house was in bad condition and had many small rooms. In order to create a generous space we only kept the outer walls and one massive wall in the middle. The staircase, kitchen, as well as some sleeping galleries are somehow ‘plugged’ into this wall. On the first floor it is possible to separate the parents’ sleeping room from the gallery with a very big sliding door. The staircase is divided in two parts, the first 5 steps lead to a small podium, which makes you experience the full height of the building. On the parterre it is possible to walk around the facade along the inner walls. For the staircase and the kitchen interior we reused the wood of the 170 year old beams. The old brick walls are uncovered and visible from inside.

The planning process was carried out in close exchange with the client, which resulted in a lot of very personal and special designed elements. For instance, even the washbasins and the bathtub are designed and custom made for this project.