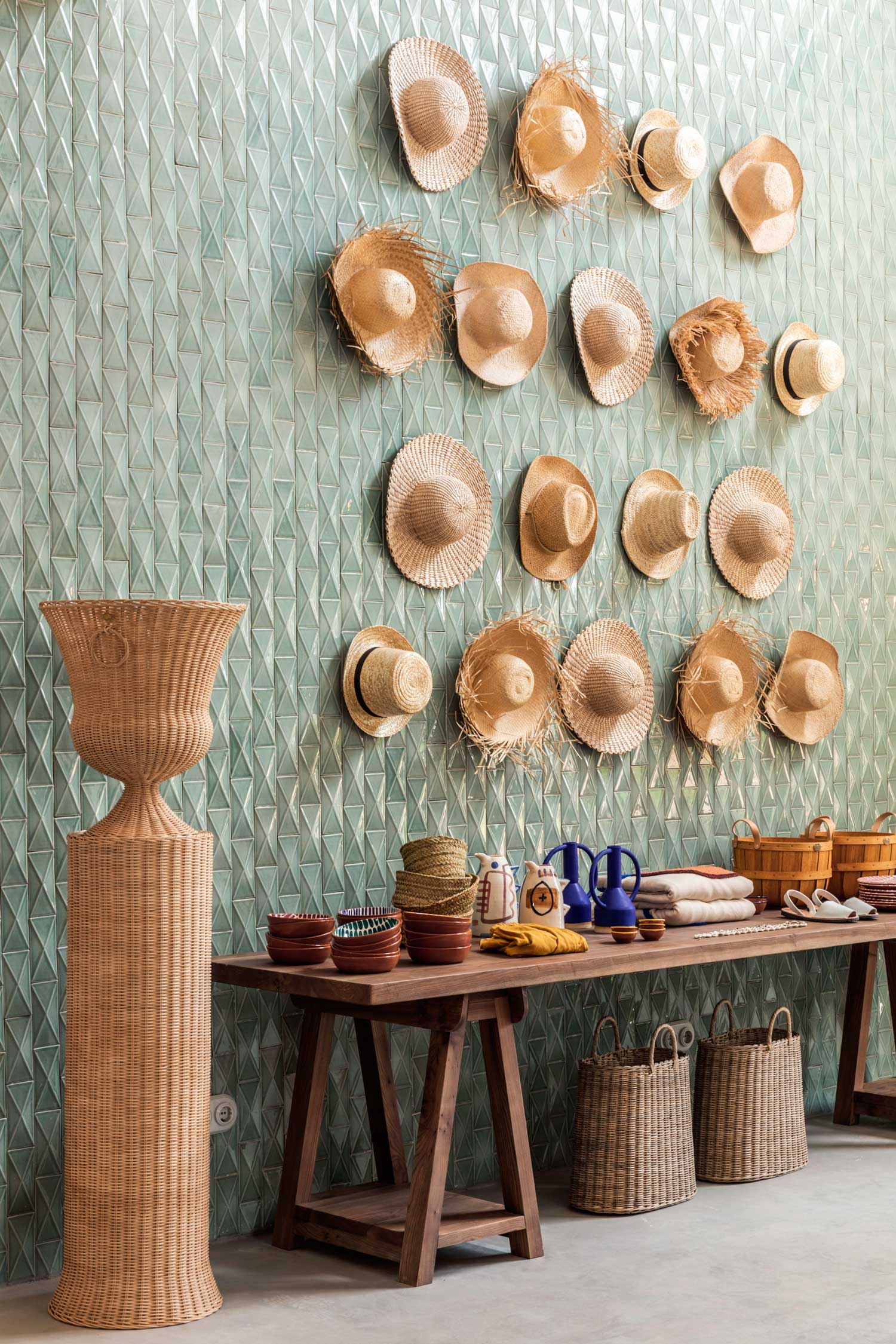 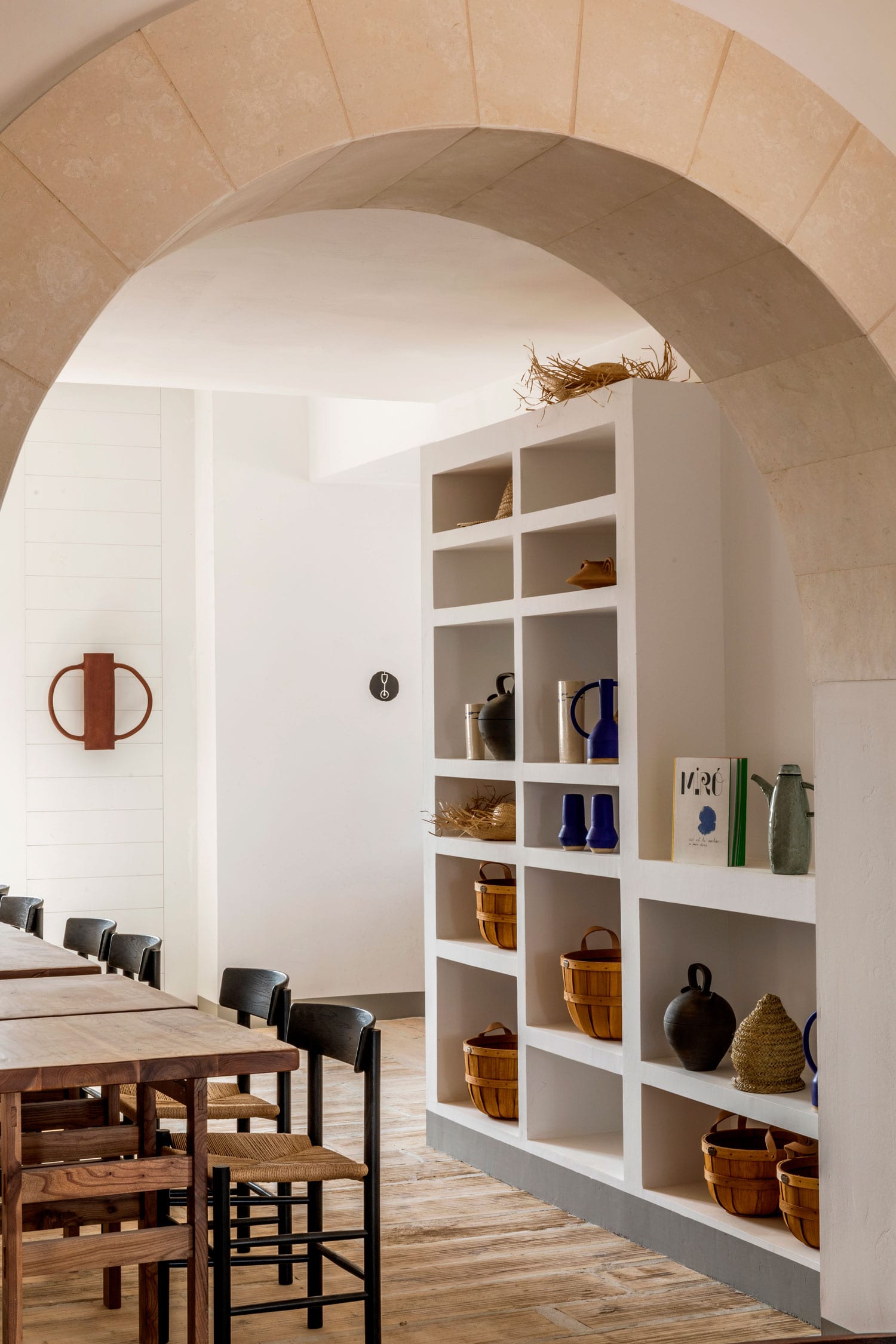 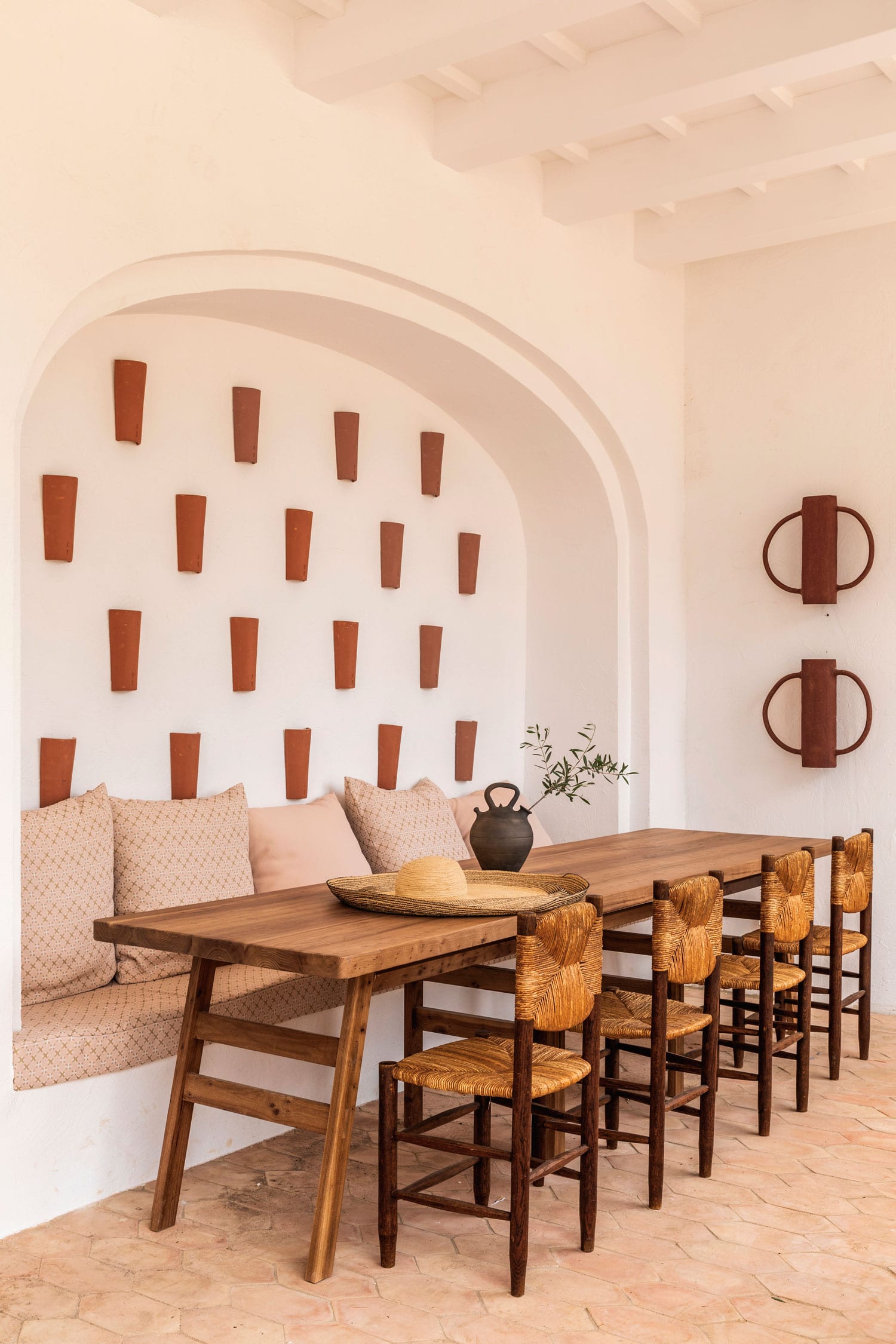 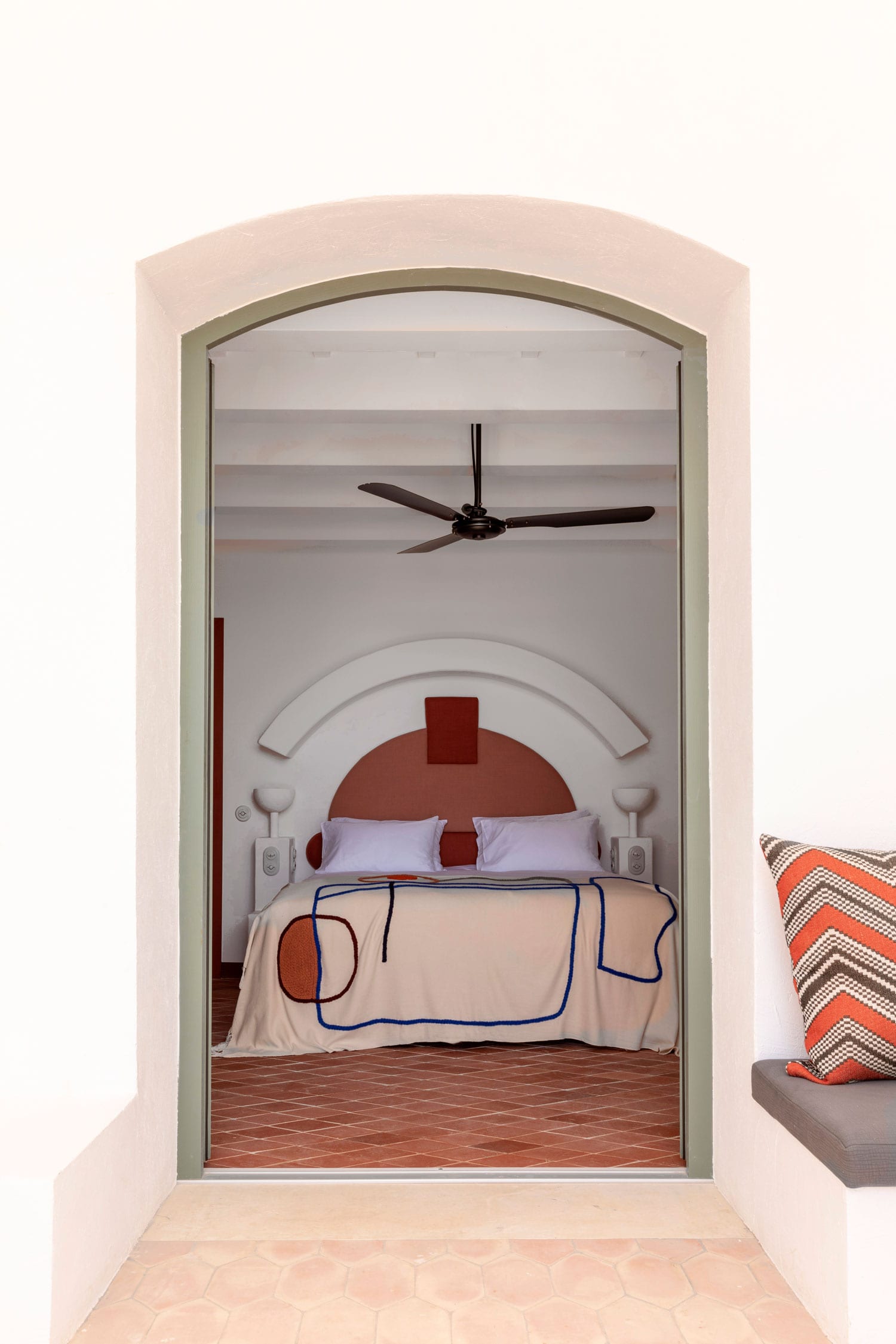 On the island of Menorca, as yet unscathed by an overrun of tourists, the Experimental Group have opened their latest outpost. The sits on 30 hectares of green, tranquil land, within a revamped 19th century ‘finca’, or agricultural estate. The whitewashed compound was carefully restored by a team of local craftsmen, under the guidance of French interior designer .

Surrounded by pine groves, juniper shrubs and wildflowers, the 43-room was conceived in the vein of an artist’s summer hideaway, made to inspire. Meilichzon maintained the bones of the main building, such as exposed timber beams, roof tiles and timber shutters, and took cues from the local design vernacular for additions and updates. Motifs include concrete built-in furniture, semi-circle shapes, and coloured architraves. Custom furniture was built by local artisans according to Meilichzon’s drawings. 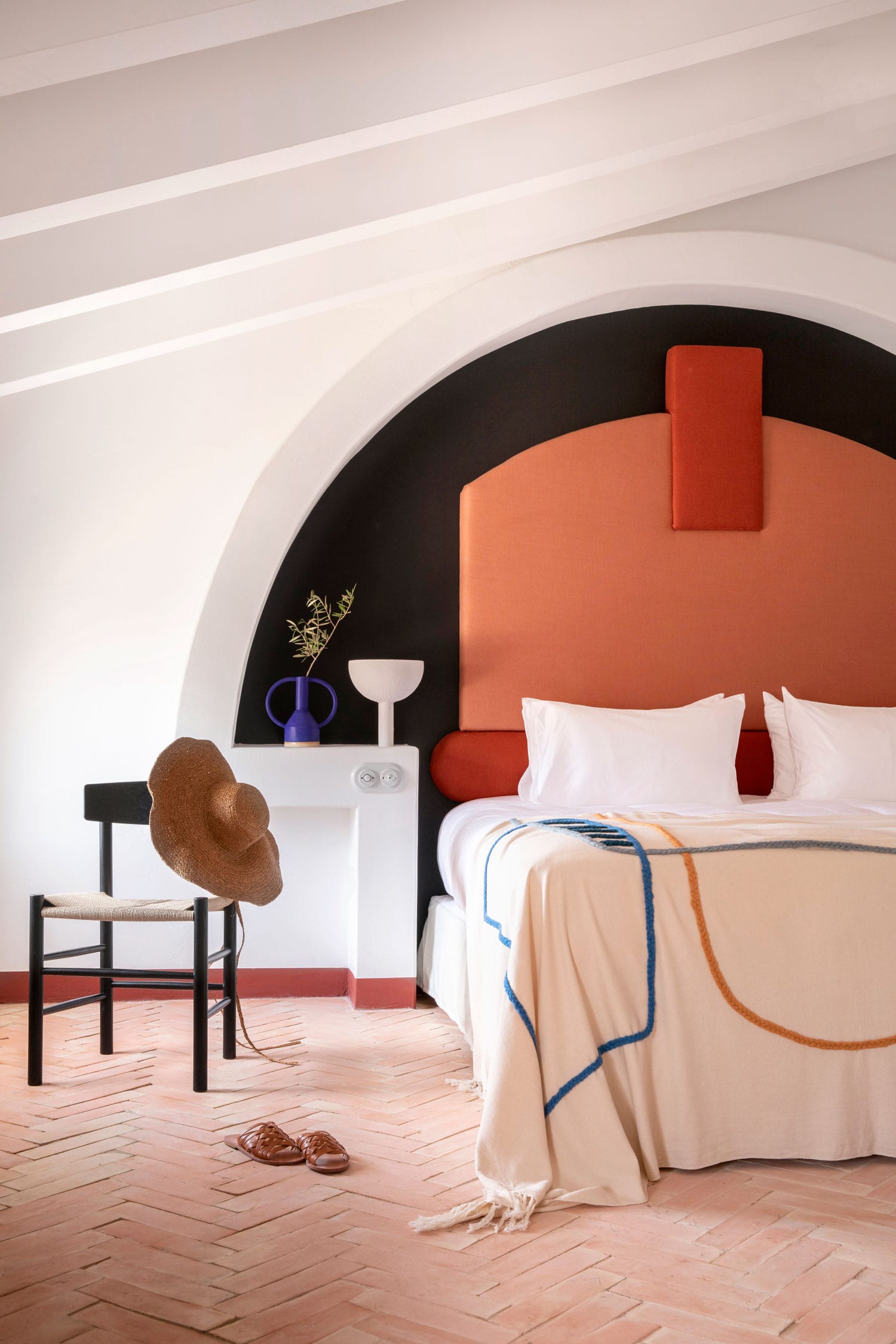 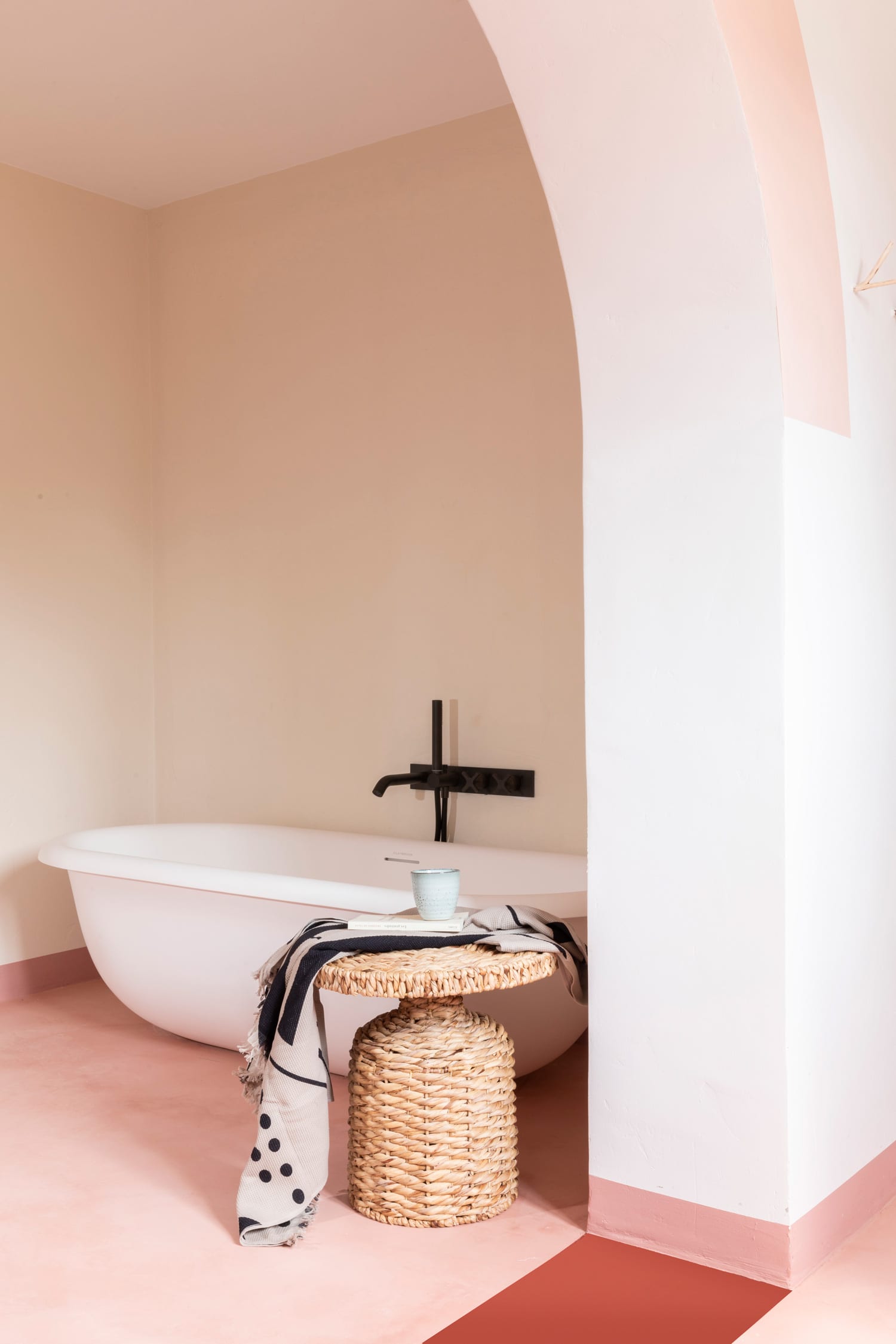 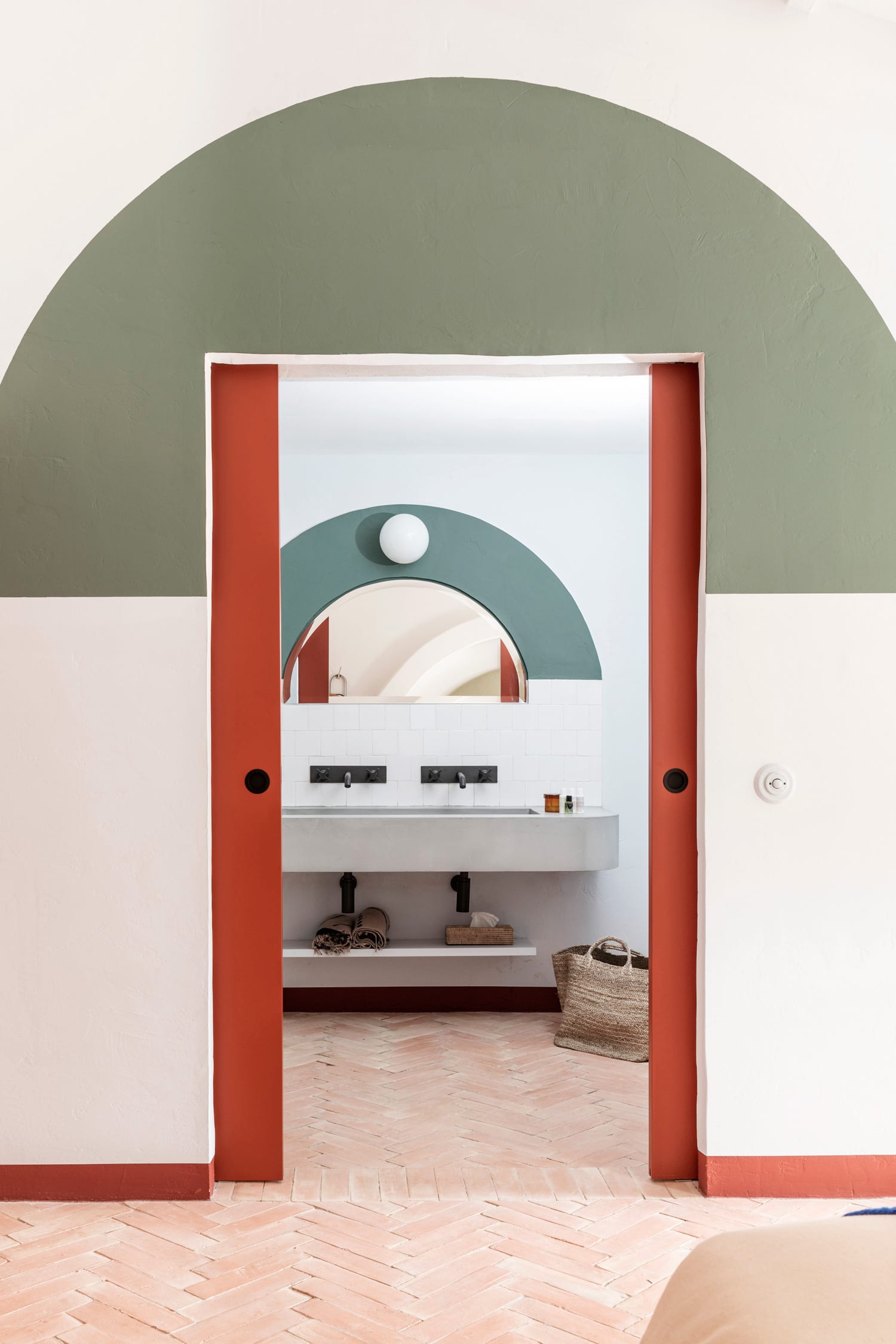 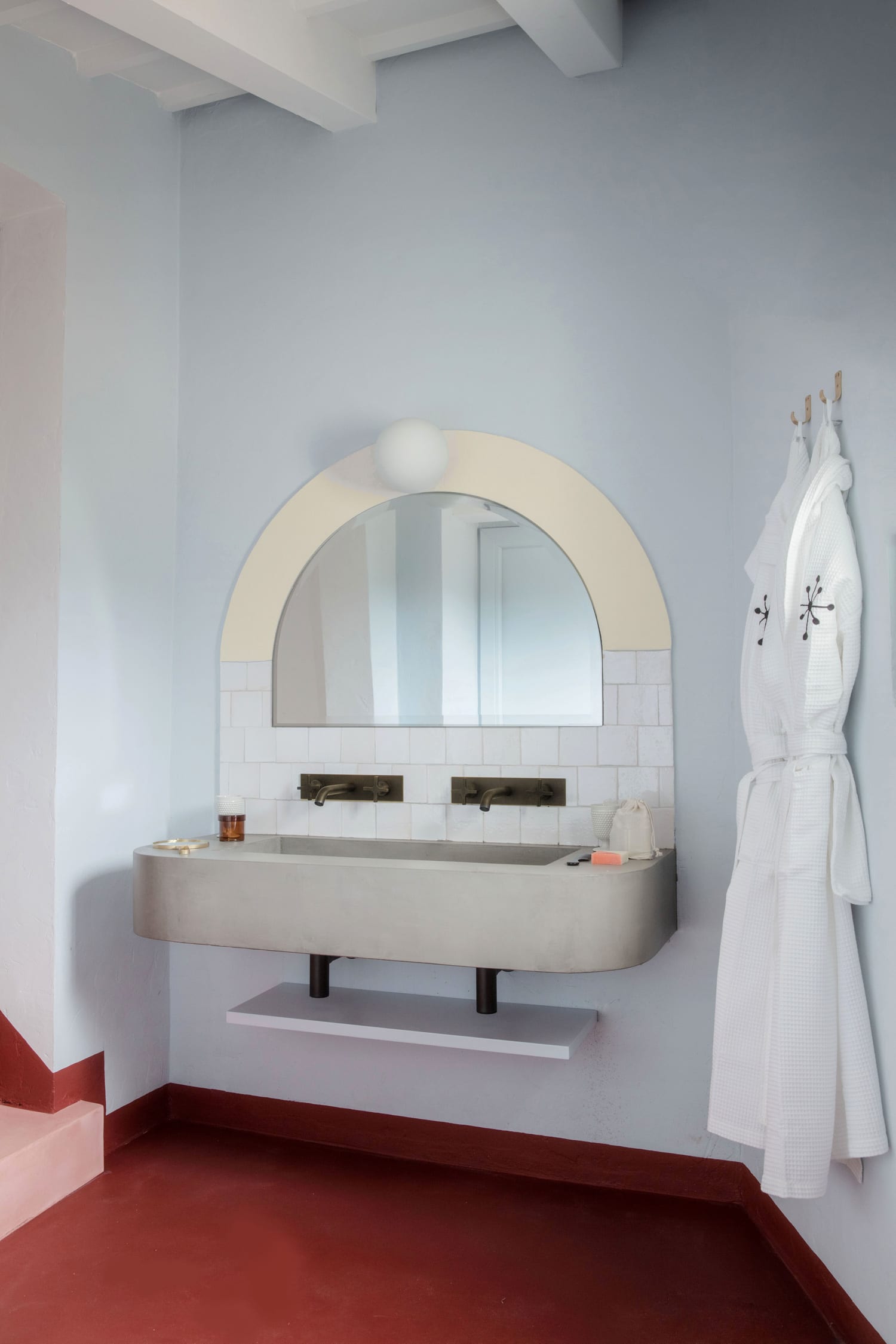 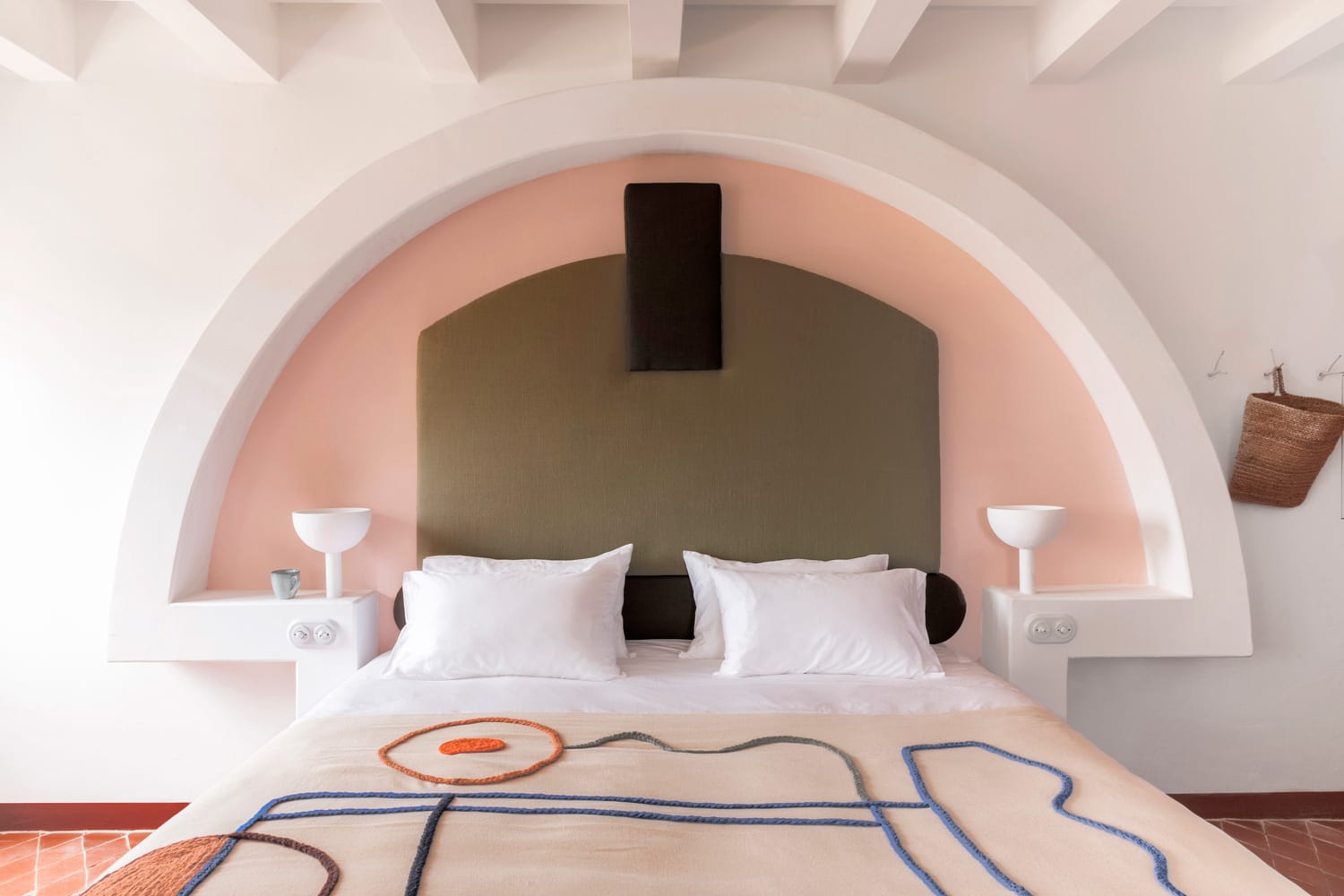 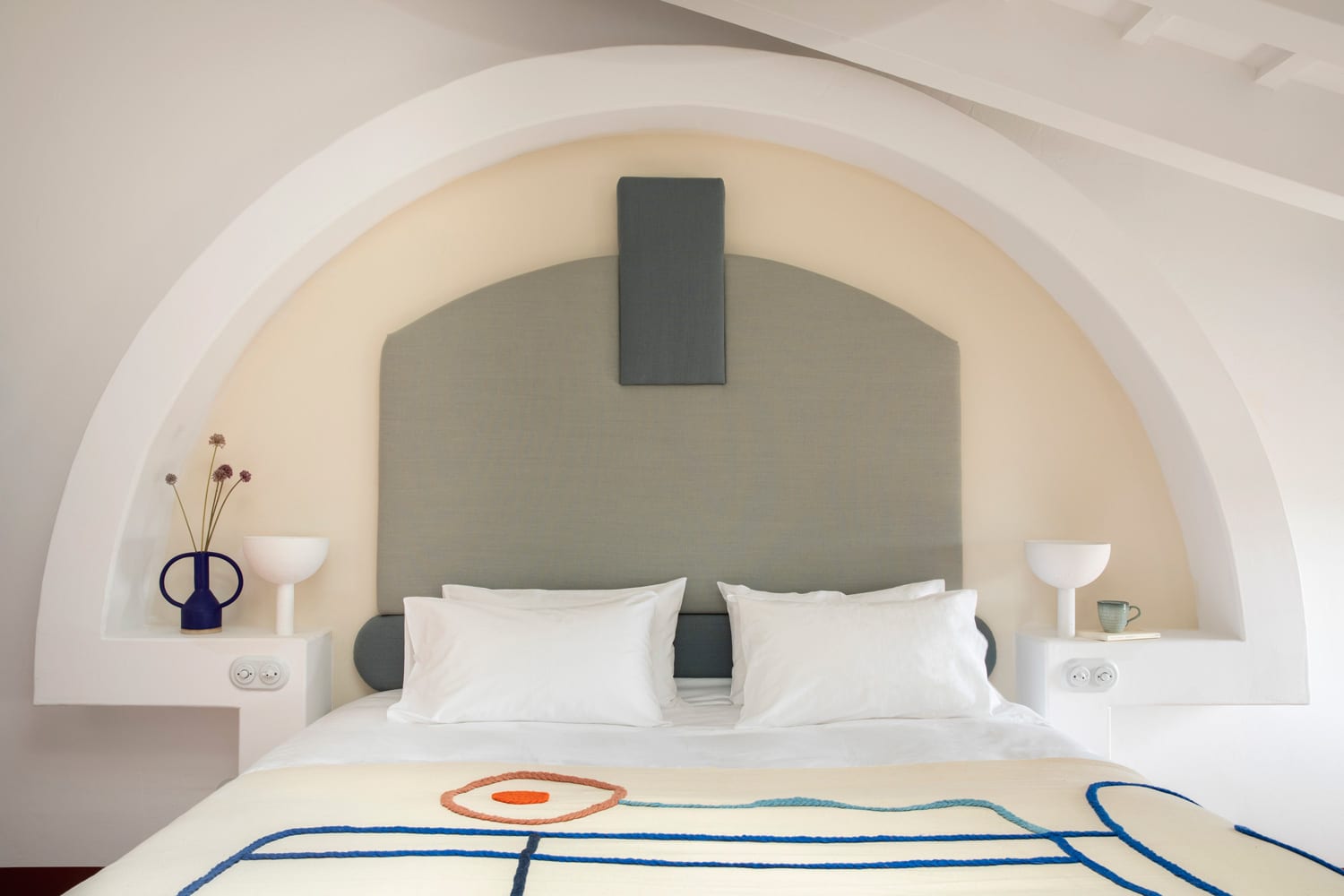 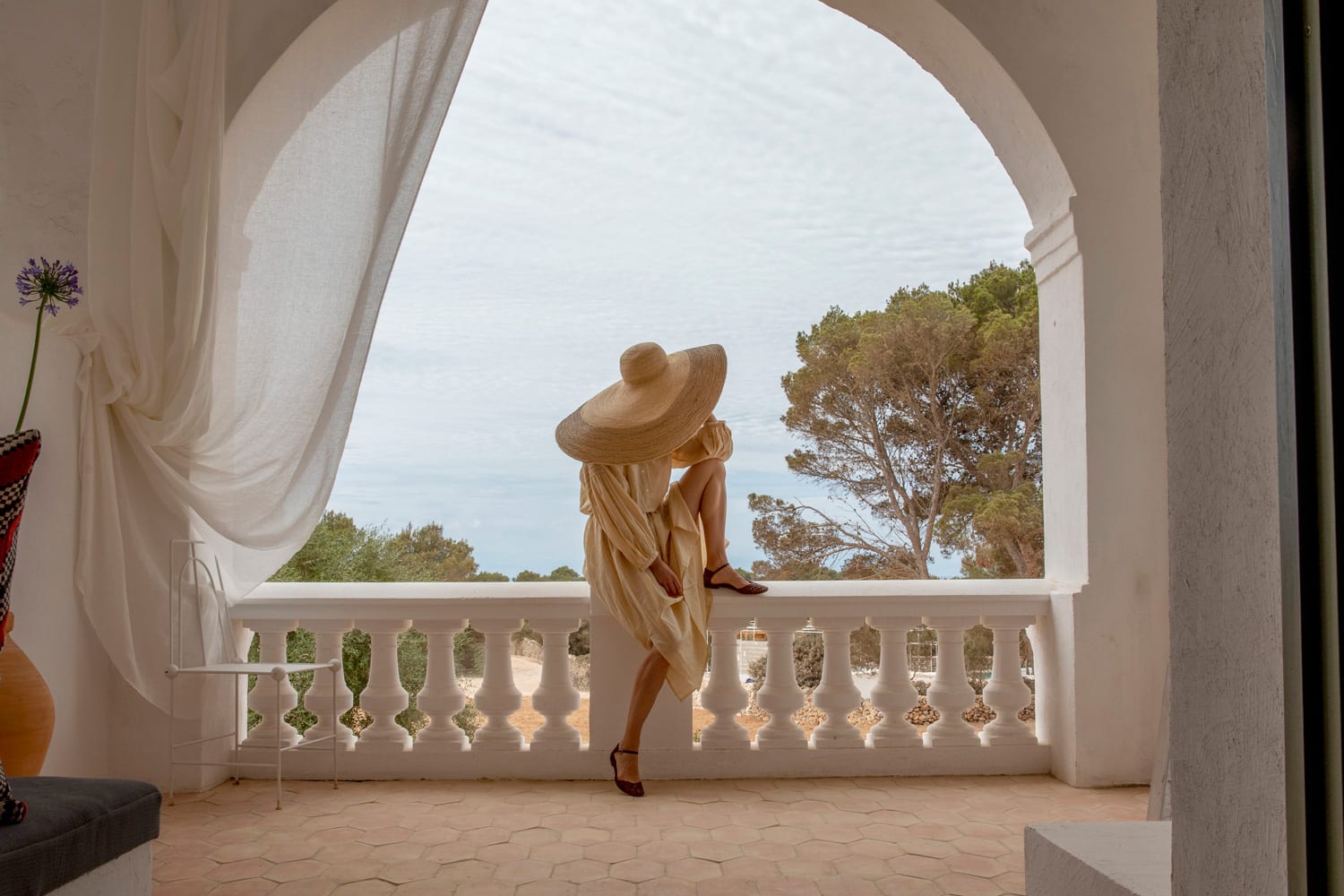 The interiors are airy and open, featuring rustic drystone, waxed concrete and rough-hewn local timber floorboards. Hand-glazed terracotta tiles accent the space throughout. The hotel’s grand white exterior is offset by an internal palette of pastel blue, golden yellow and rust tones. Modernist wall panels make a statement in each guest room, with colour blocked bed headboards framed by a border of protruding plaster. The floors differ from room to room, an eclectic mix between terracotta tiles in various configurations and painted polished concrete.

Further custom elements include oversized light fixtures by made from specially mixed clay; graphics by including a custom alphabet and a series of illustrations inspired by and ink drawings; blankets handwoven in Marrakech by , with designs echoing Balas’ drawings and Meilichzon’s colour palette for the hotel.

Each of the nine private villas features its own dipping pool, allowing for more intimate seclusion. Cabana beds border a communal swimming pool, the area surrounded by low stone walls. In the grounds, special attention was paid to restoring the vegetable gardens, their original borders followed with the help of antique aerial maps. The garden supplies the produce for the restaurant and cocktail bar. Natural stone paths lead to the nearby pebble beach.