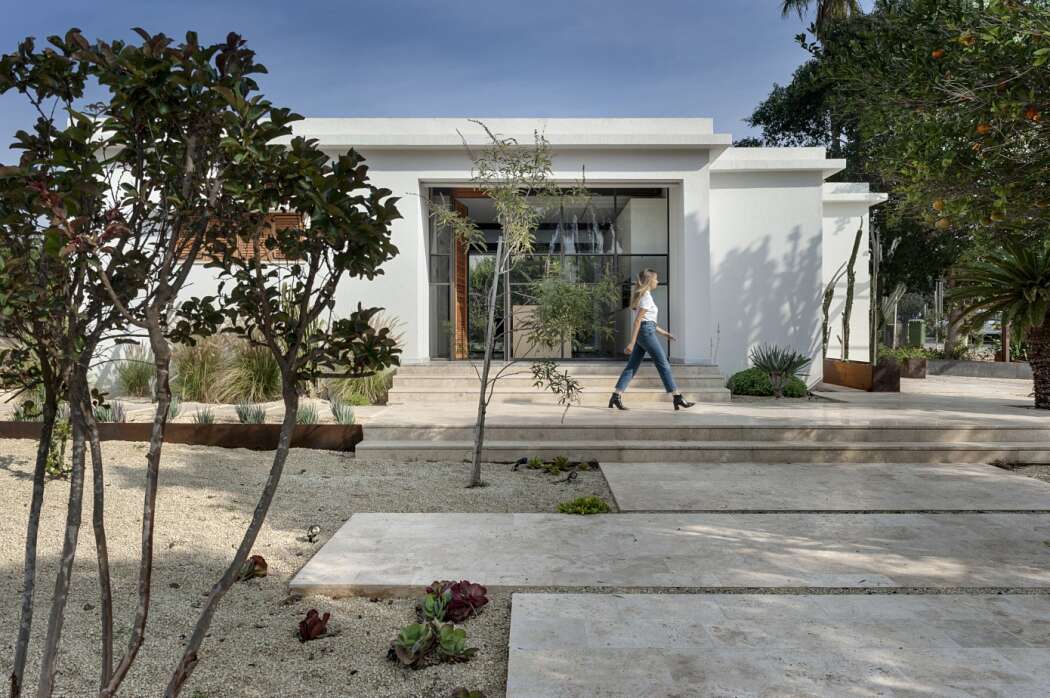 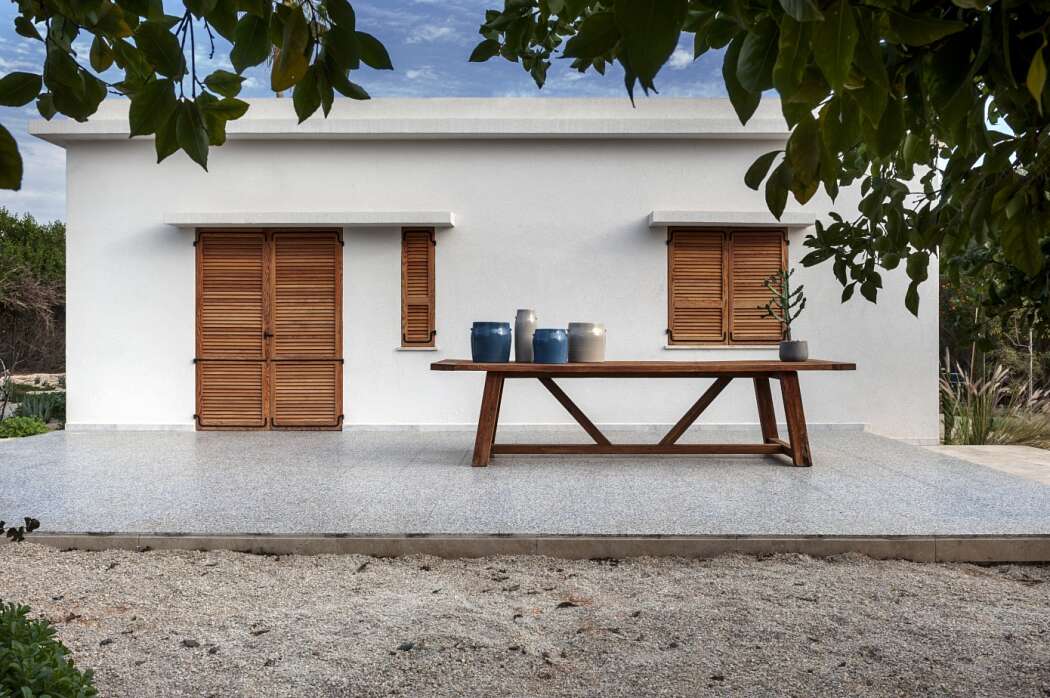 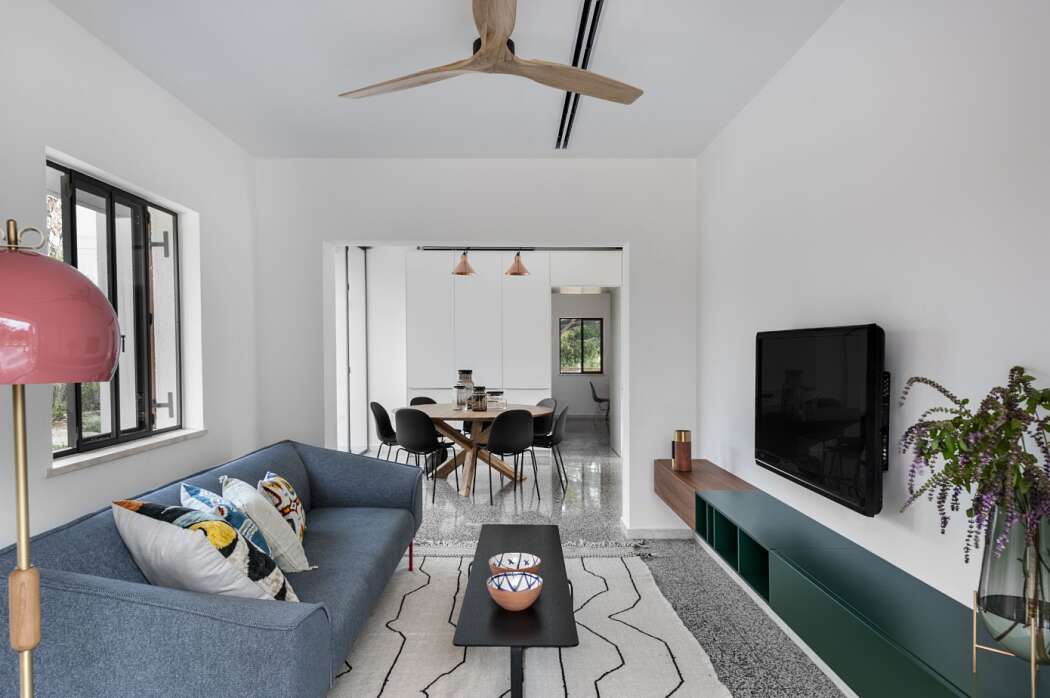 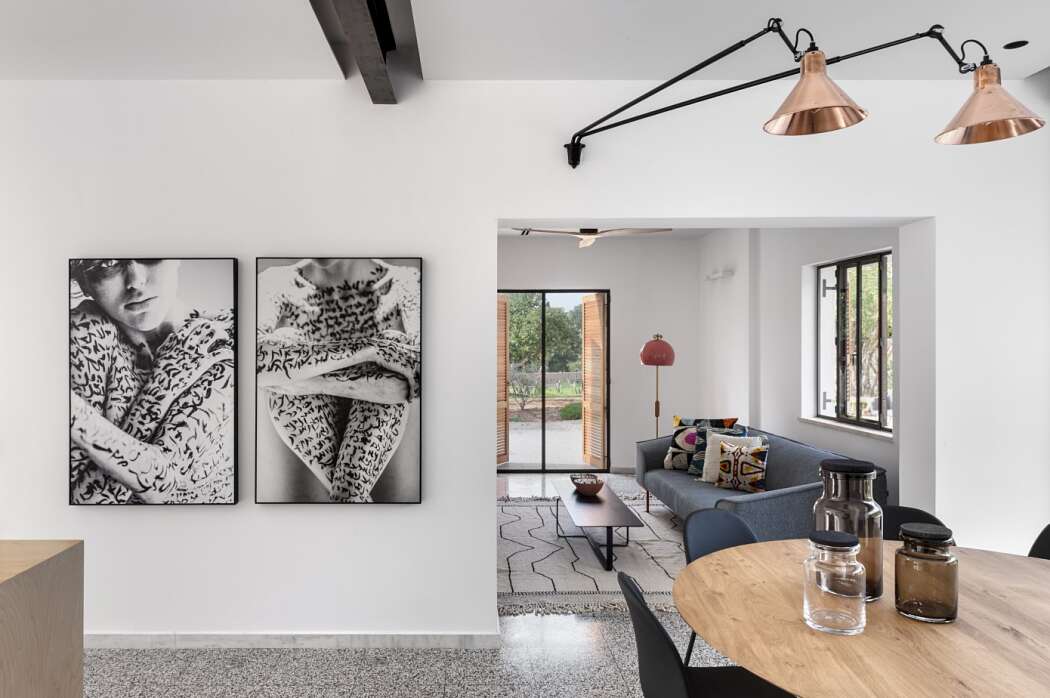 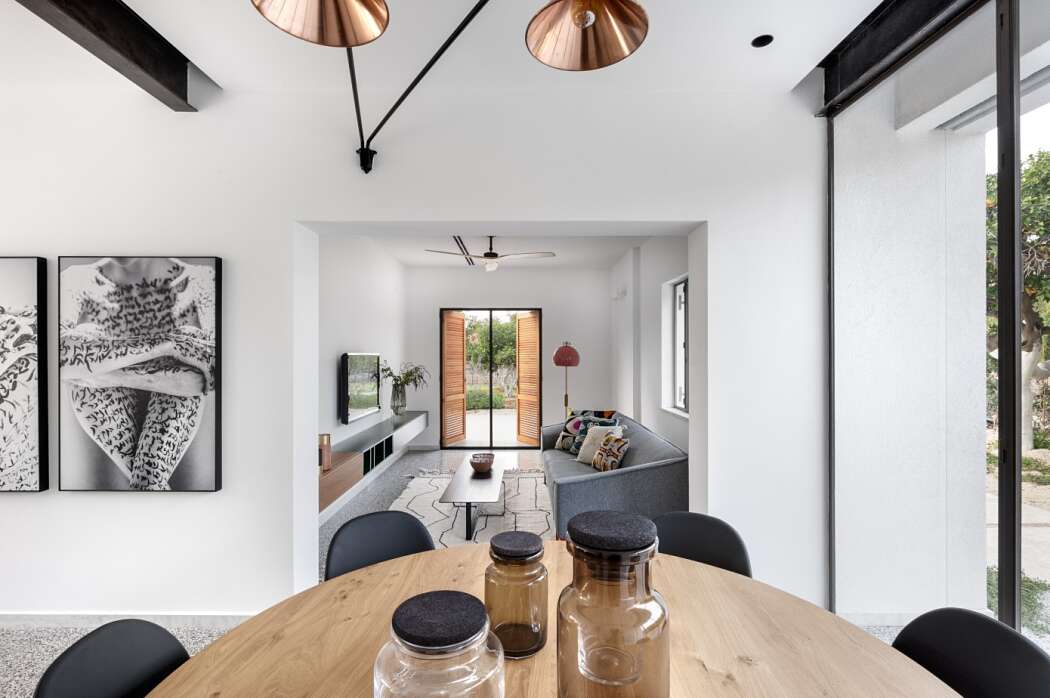 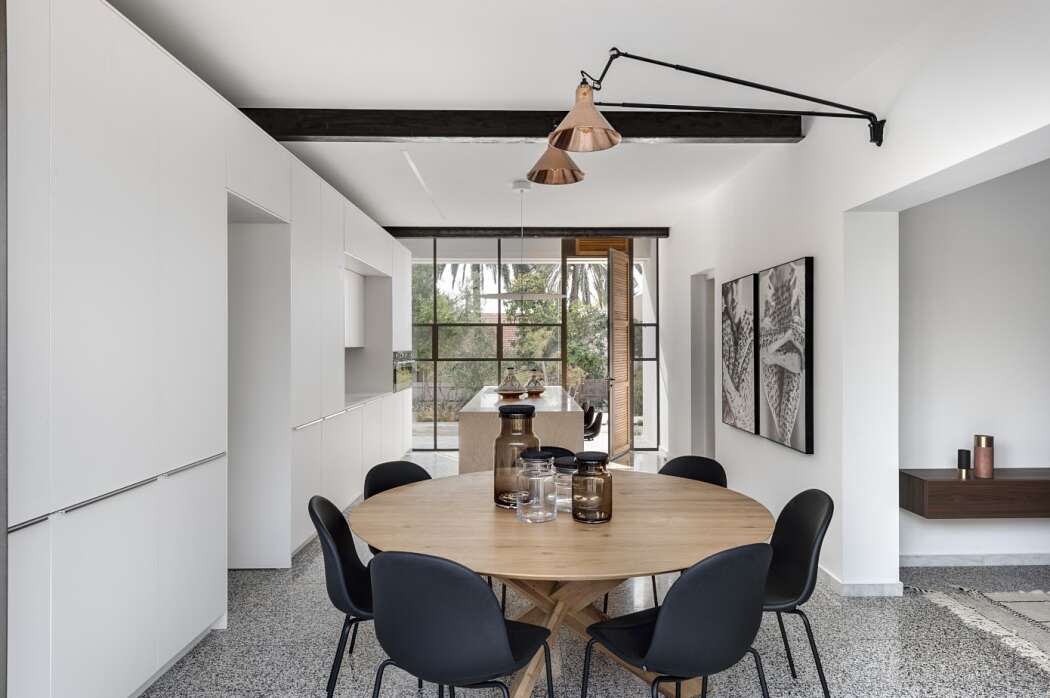 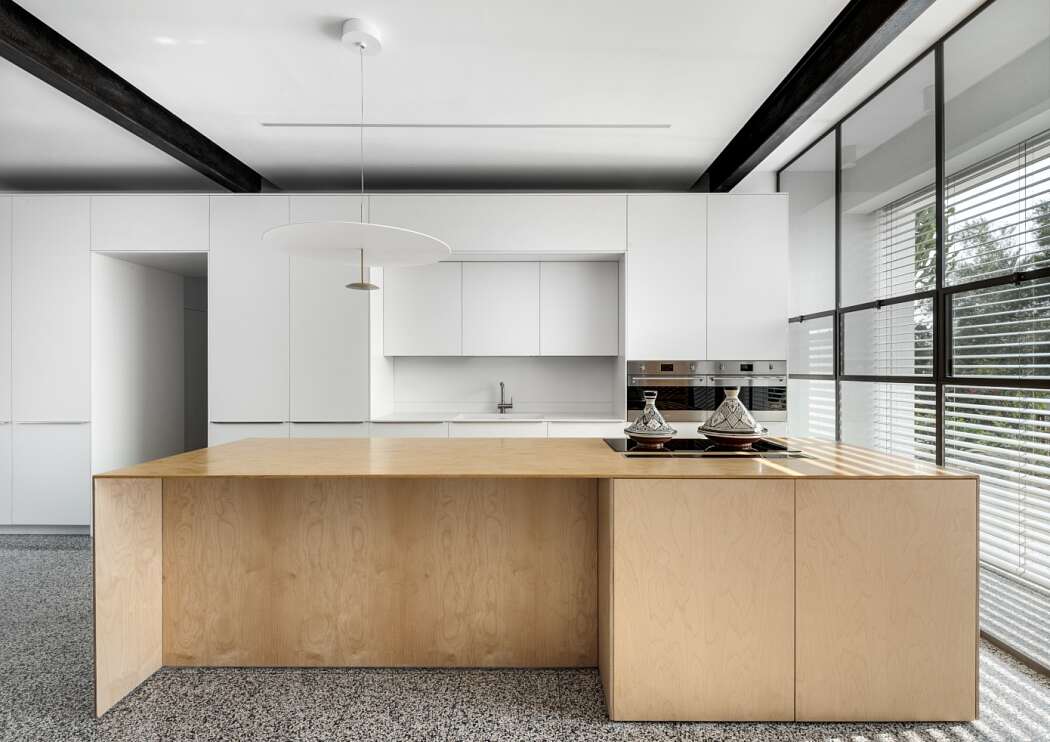 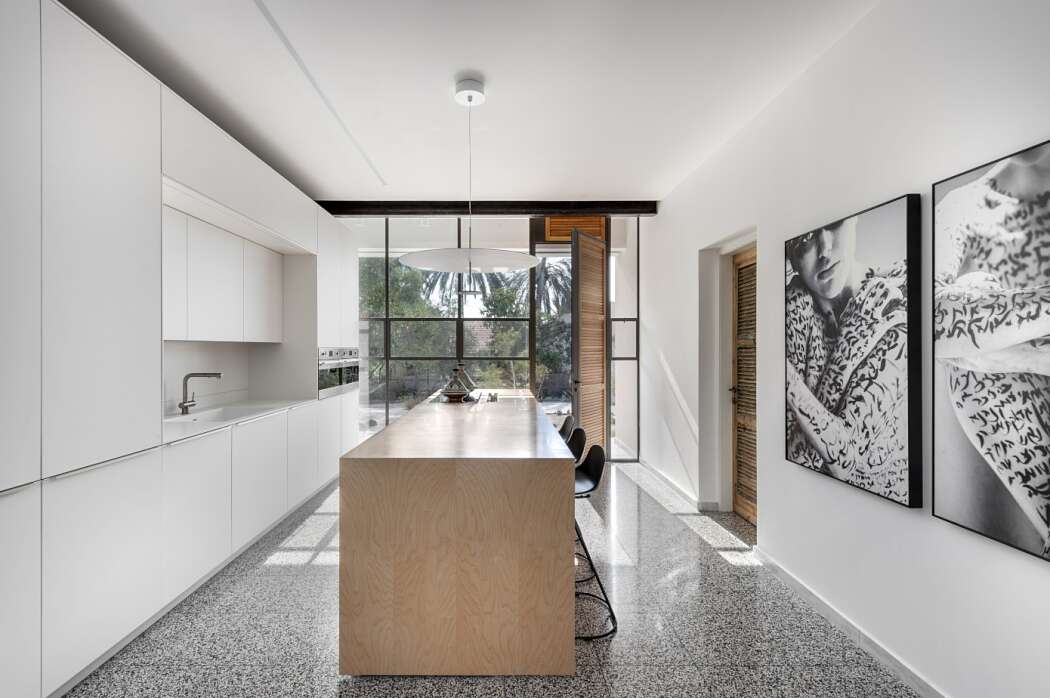 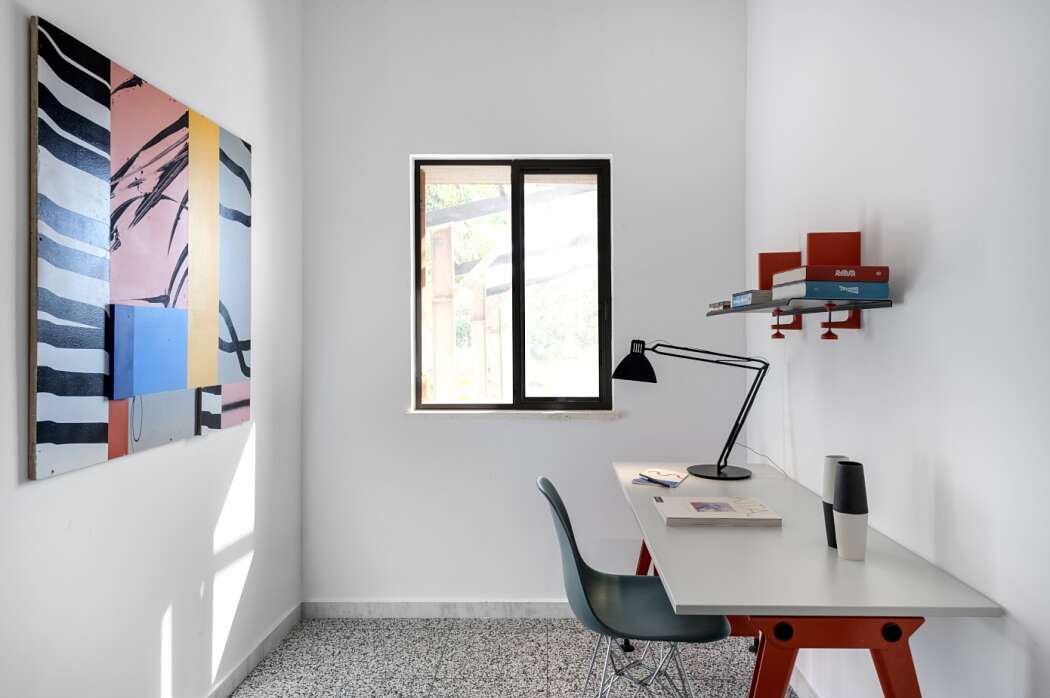 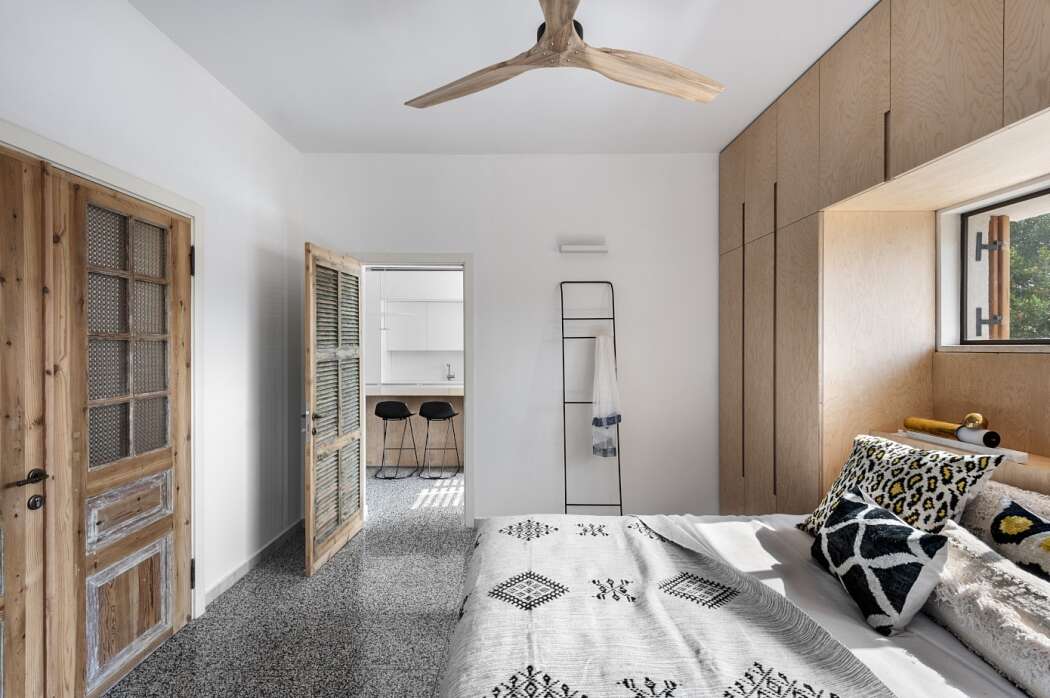 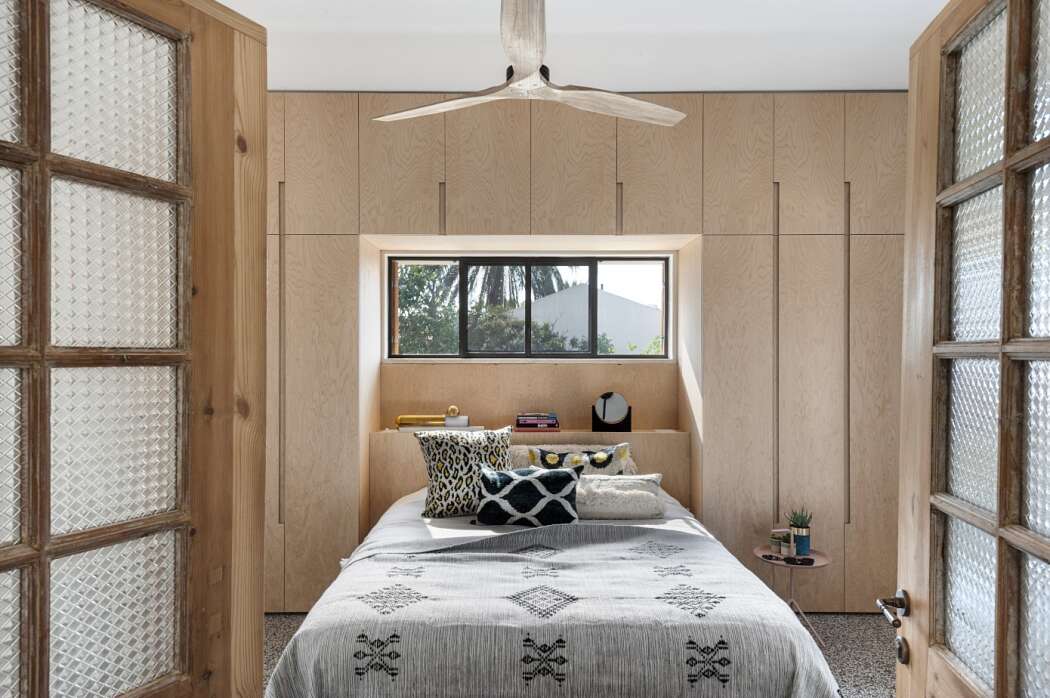 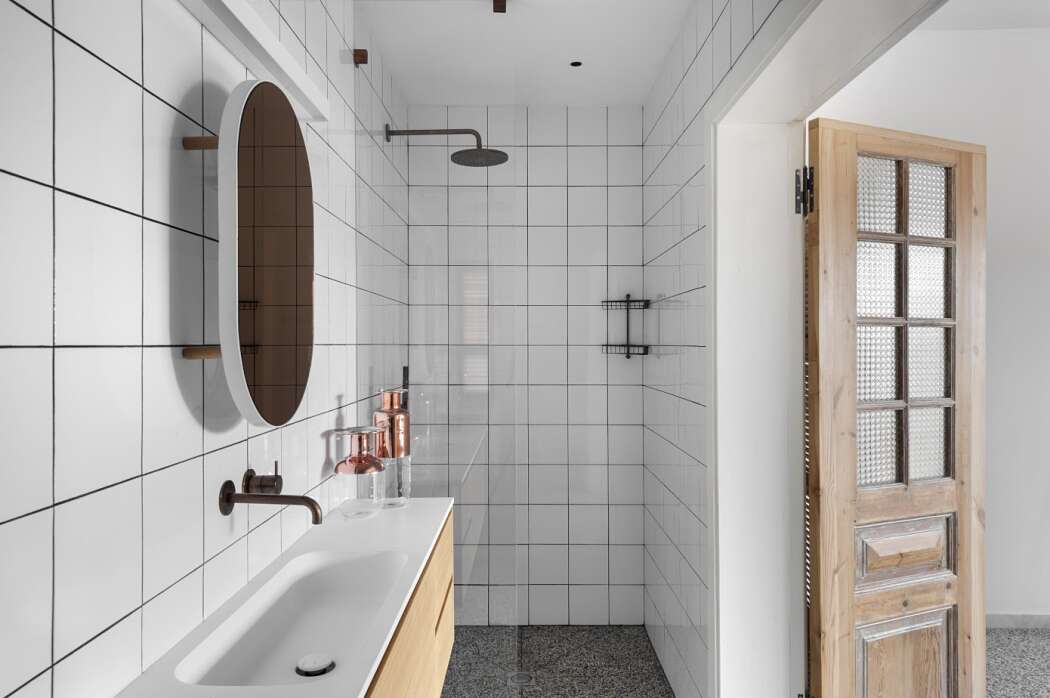 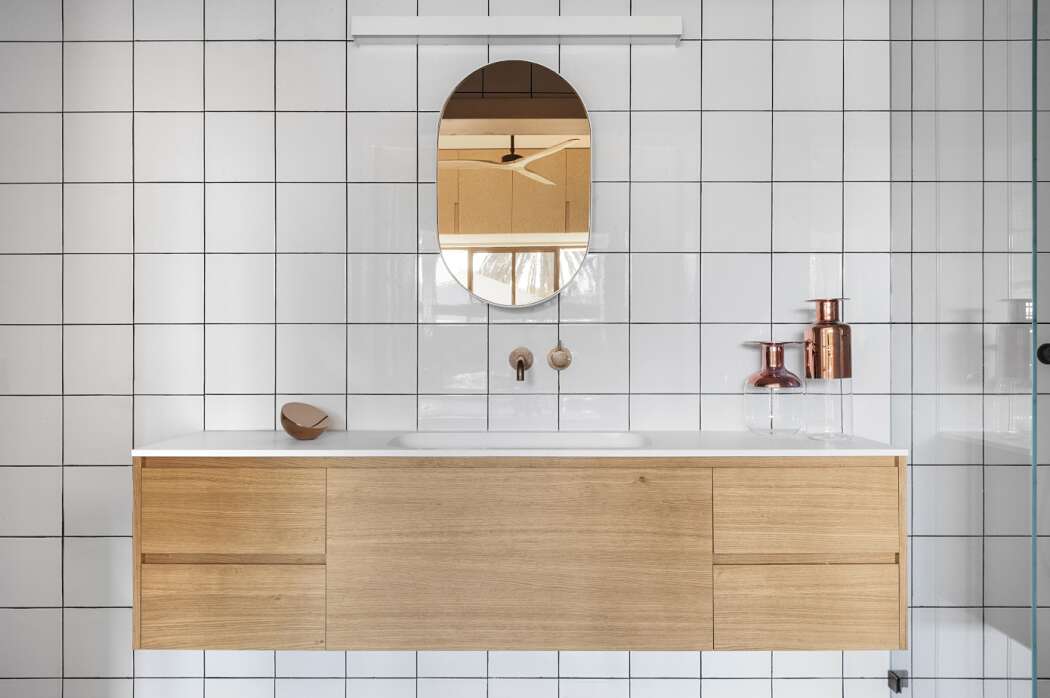 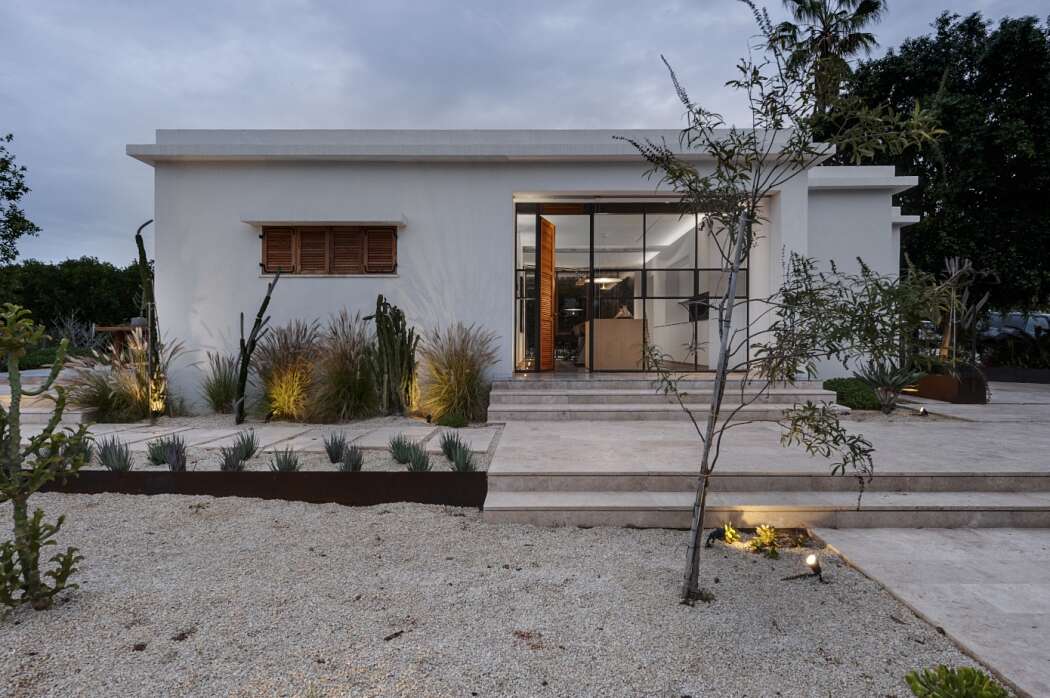 Originally built in 1935, this house belonged to one of the founders of Bitzaron, a small town off the Eastern coast of the Mediterranean. The property is set amongst luscious green fields, orange orchards as well as a striking cactus garden.

These orchards served as the inspiration for the structural rearrangement – in this analogy the rooms of the house symbolize the rows of trees and the central space (dining area + kitchen) symbolizes the ridges. The home in the state in which we found it was divided into rooms which was the style at the beginning of the 20th century. Inspired by the planting ridges we decided to open up the central axis of the house, creating a space which sets the stage for natural ventilation and allows natural light in from both ends of the axis. This enabled us to create a new space which is comprised of both new and old.

Additionally, this project focuses on historical reclamation including the use of Terrazzo flooring inspired by what once was, wooden shutters reminiscent of the original as well as salvaged doors.

The house sits on a plot which is 1 acre in size and includes secondary buildings such as the old chicken coop as well as a unit built for the family’s grown children to live in which now serves as a guest house.

We approached this project with the ultimate goal of embracing its heritage and geographic location while simultaneously creating a modern space for the widow who lives there. The result is a secluded Mediterranean home in which she can enjoy the beauty of her natural surroundings as well as the presence of her forebears.