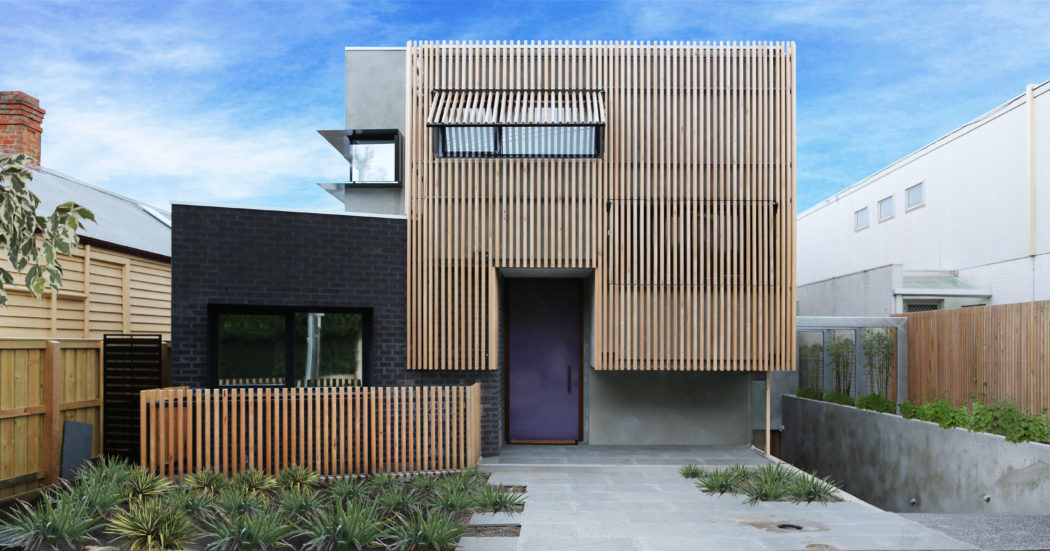 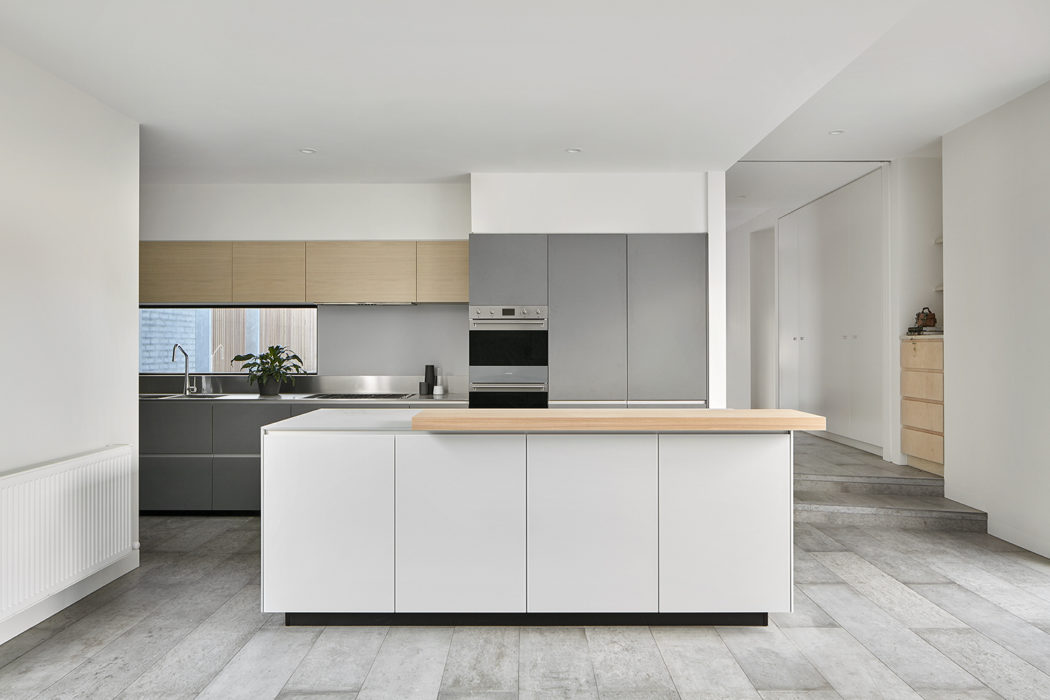 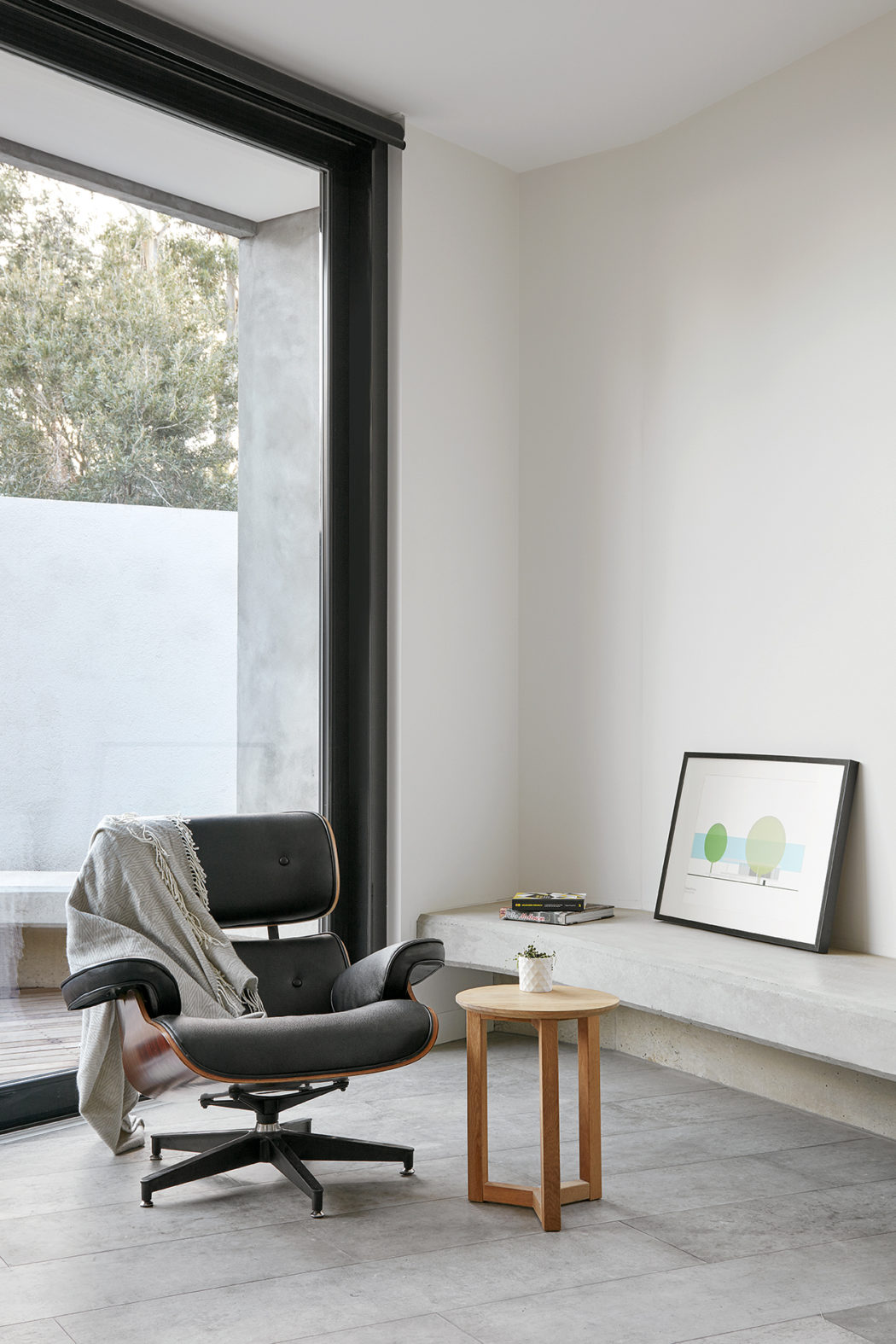 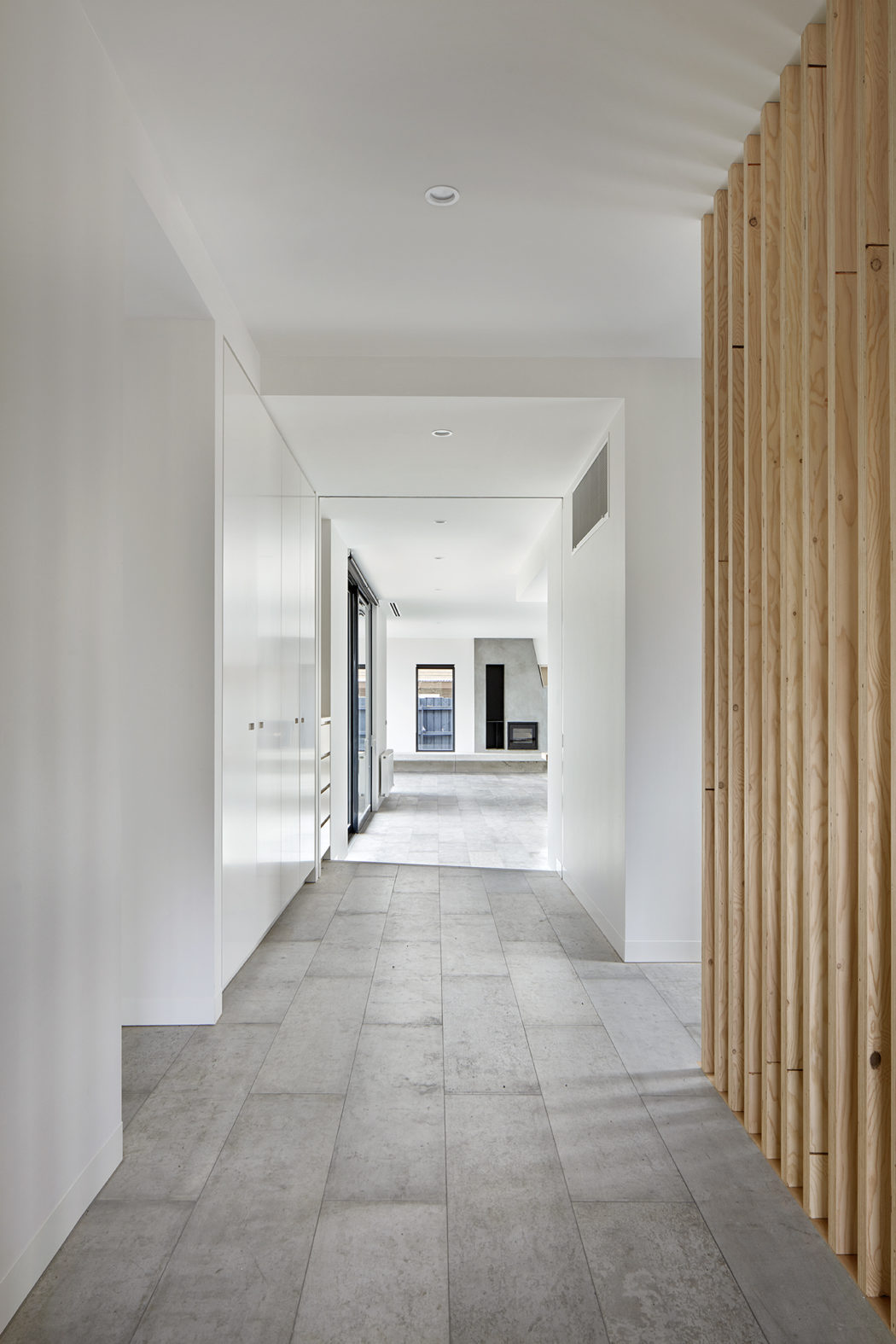 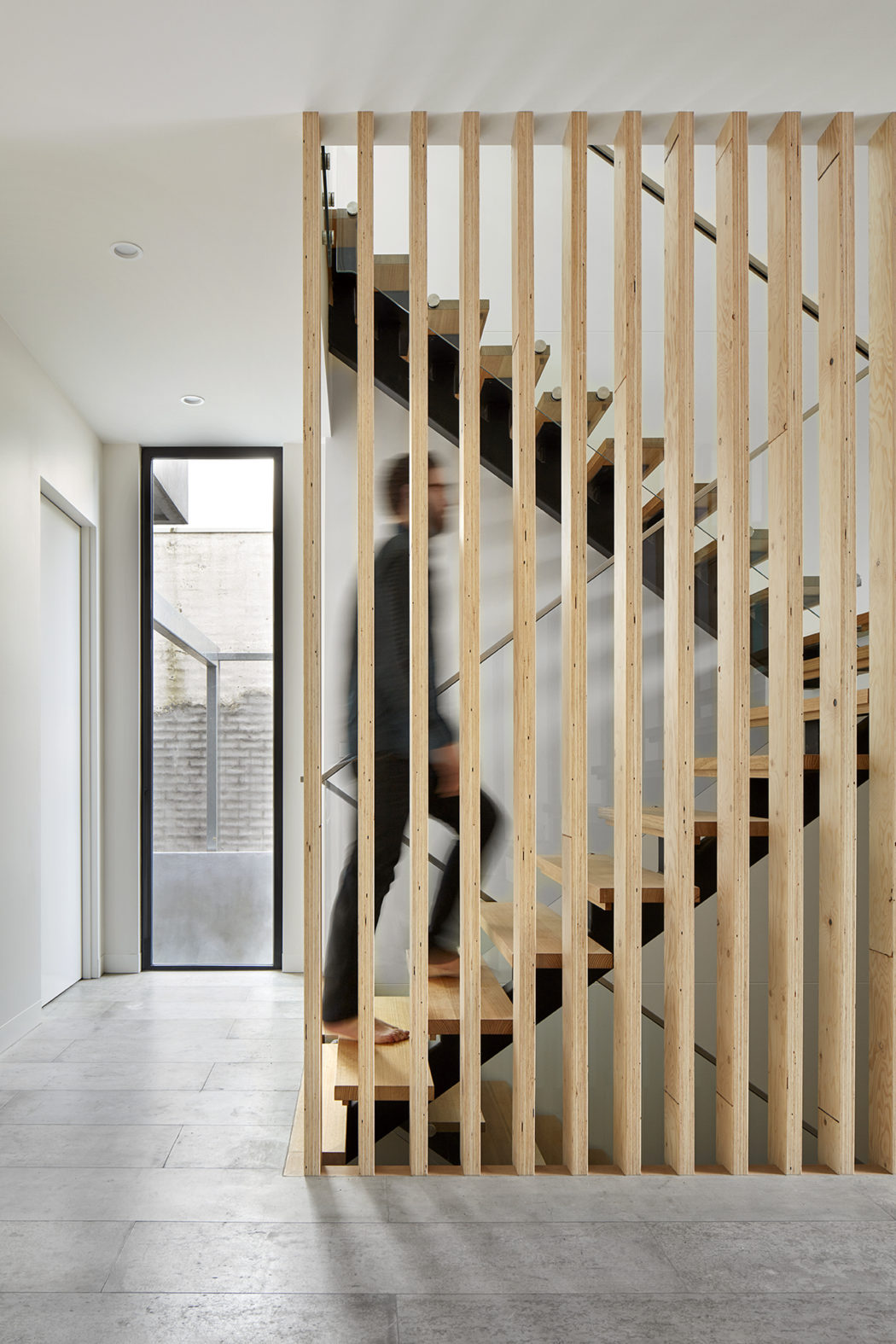 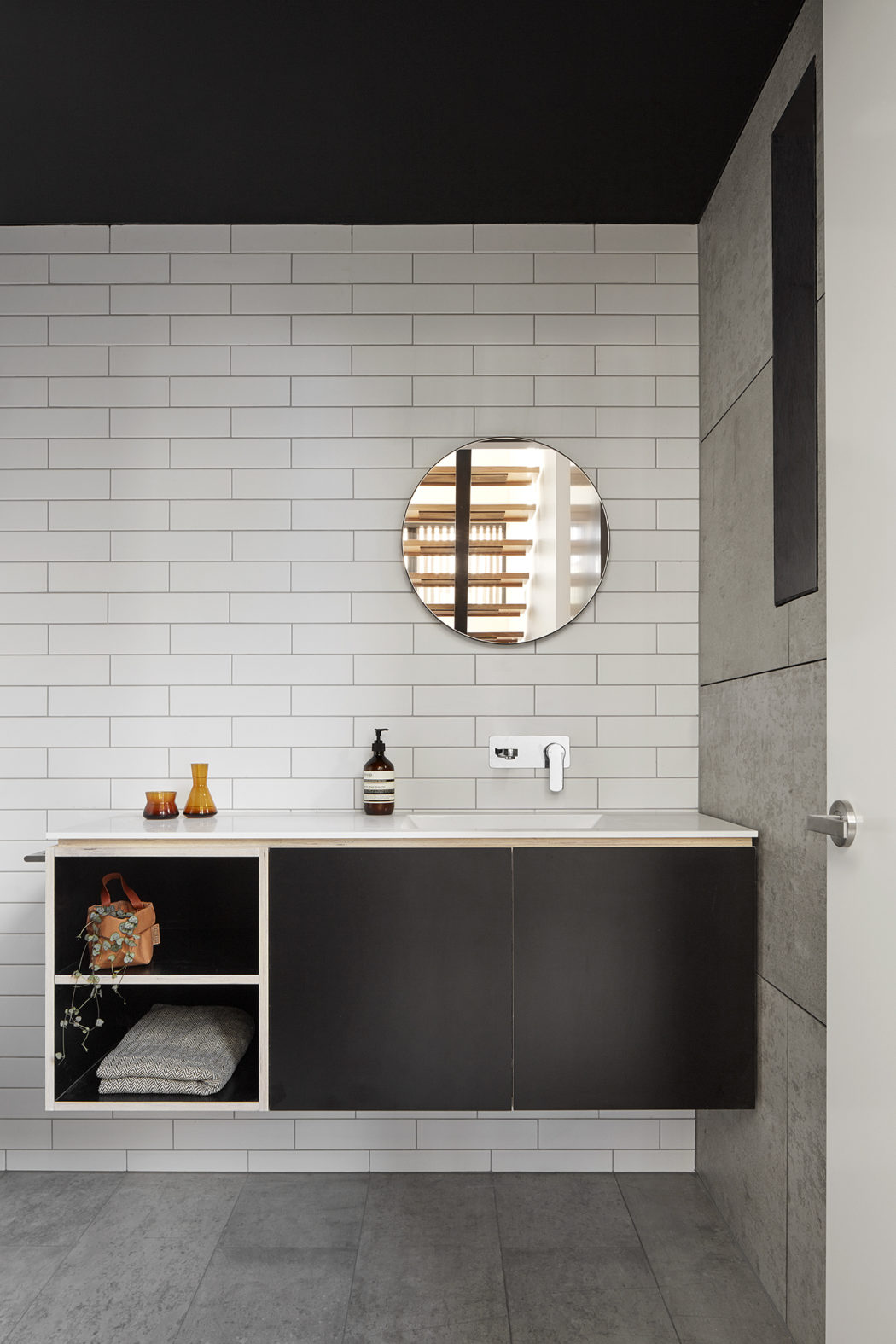 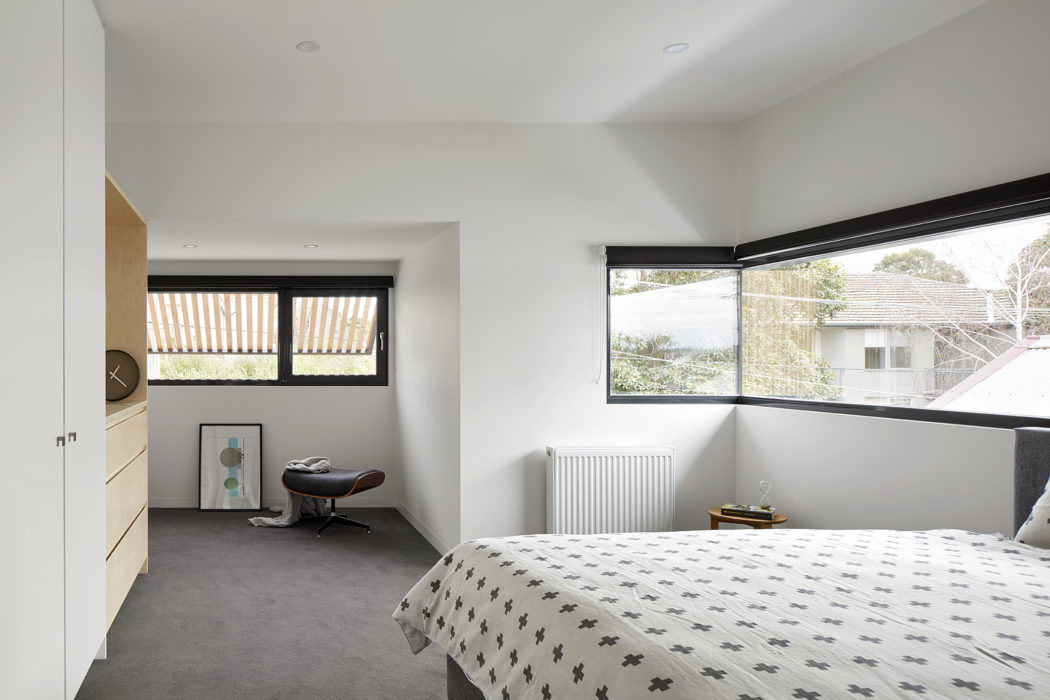 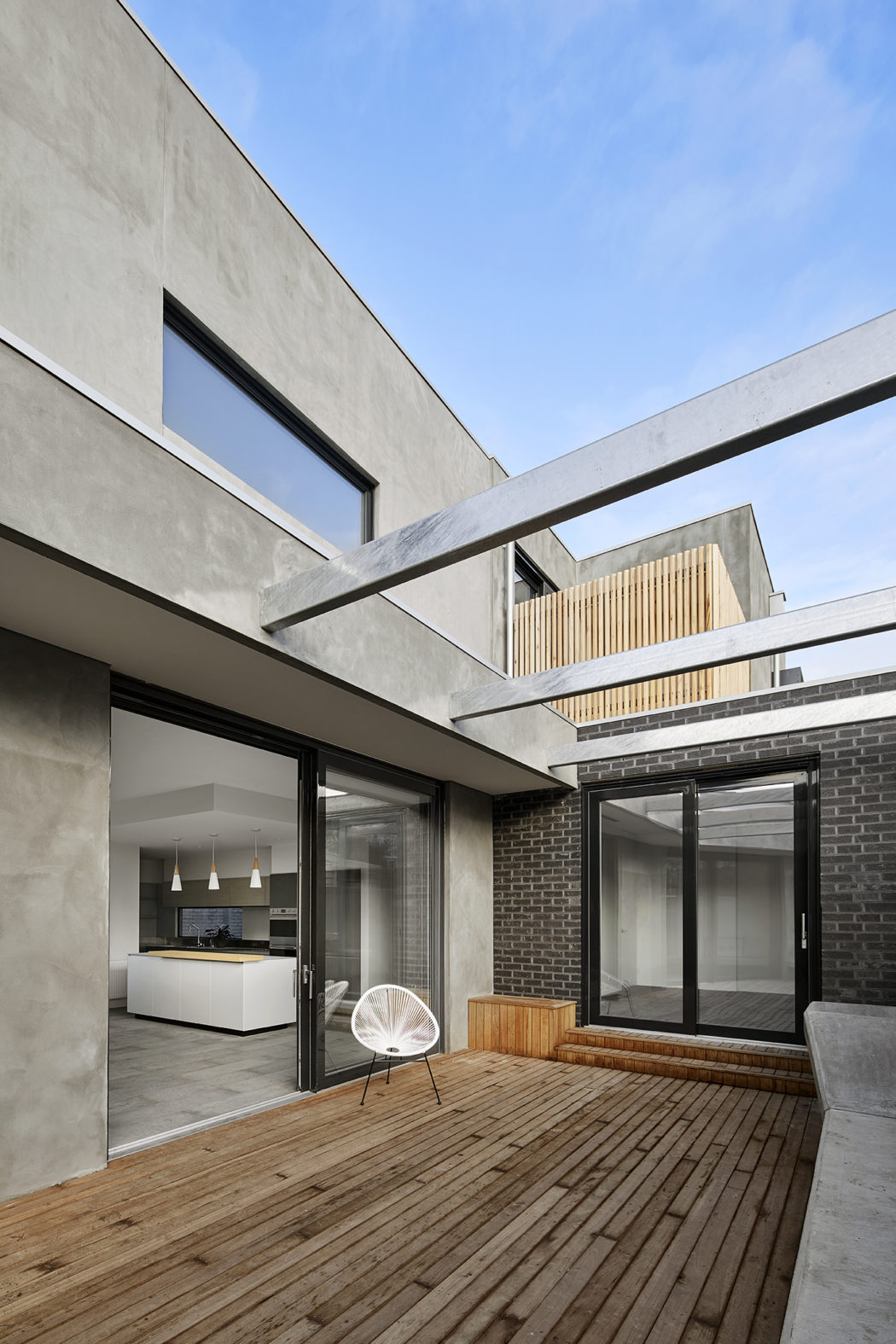 This project is a new residential dwelling on a small block in Malvern. The block is 386m2, on a one way road, in amongst many old single fronted minors cottages.

The home maximises the street setback, using angles to softer the visual bulk of the facade to the street. Car accommodation has been taken off of the road, with a 4 car basement provided below ground.

The brief called for a 4 bedroom home, with the flexibility for a family with grown up children, but the sense of space for its inhabitants. The balance between the built footprint, and the space allowed for around the home was going to be a delicate balance.

A bedroom with an ensuite, a laundry and a small lounge has also been provided in the basement. This subsequently reduces the footprint required to the levels above, allowing the home to have more open space for the owners to spill into.

The main living area is primarily built along the side boundary, to the south, allowing maximum solar penetration into the northern courtyard and main living space. Large sliding doors have also been provided, giving the space some flexibility, and a seamlessness between inside and out. An insitu concrete seat and bbq bench curves into the living space and transforms into the hearth for the fireplace, again, connecting the spaces.

This home provides almost a raw aesthetic, with the exposure of natural timber, planned to grey out in its place. Galvanised steel has also been used throughout, giving home a refined but raw edge to it.