MA House is a with an aluminum facade located in Tel Aviv, Israel, designed in 2018 by . 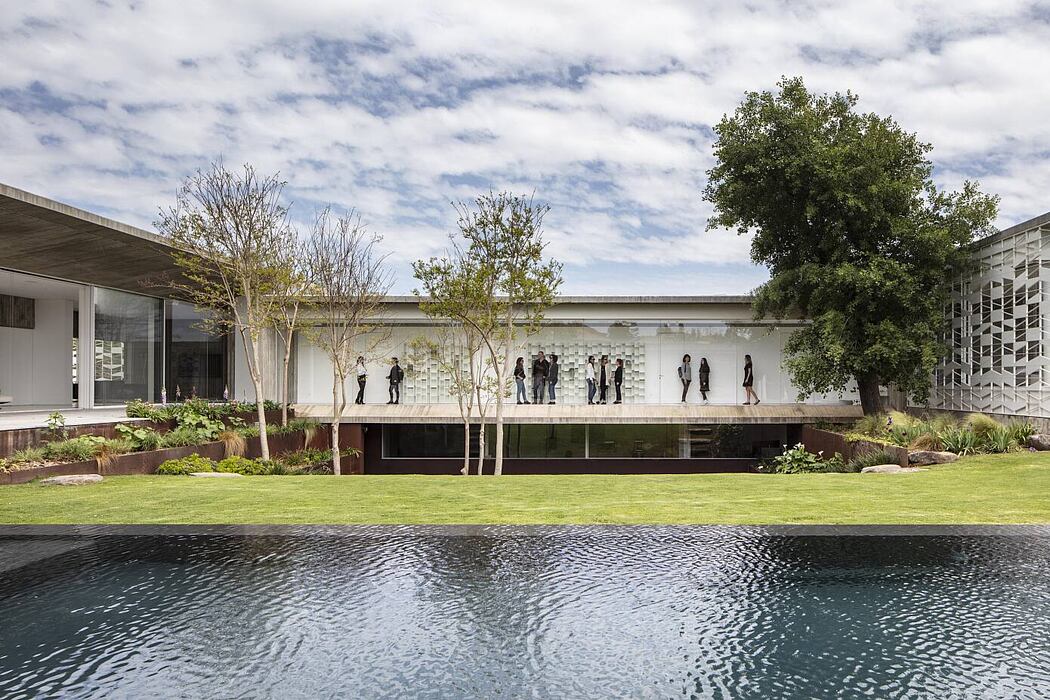 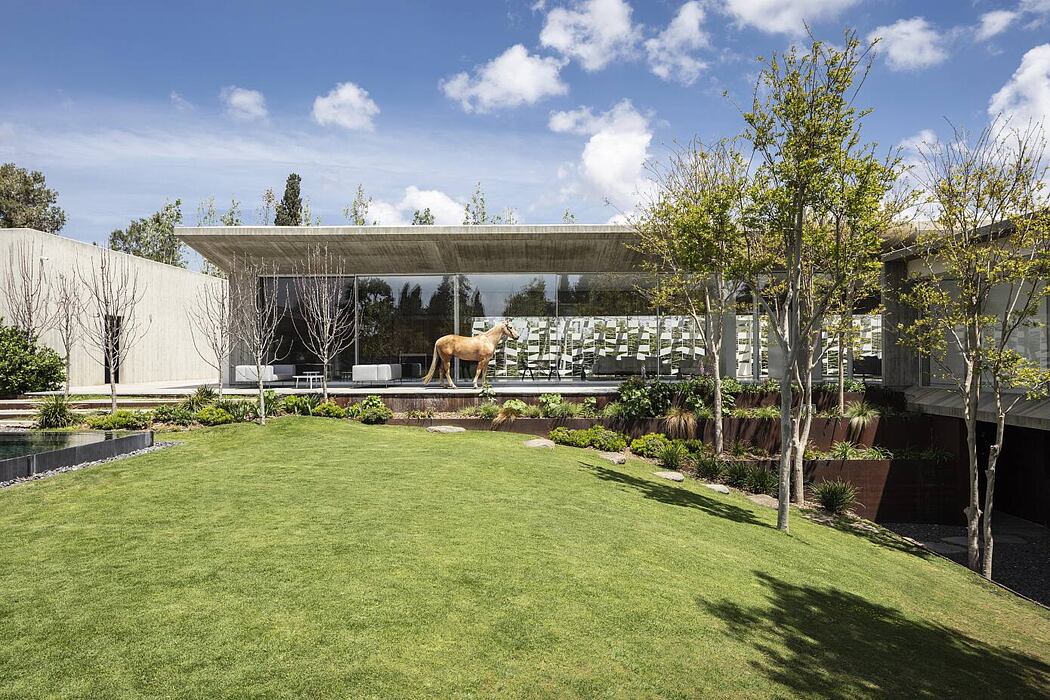 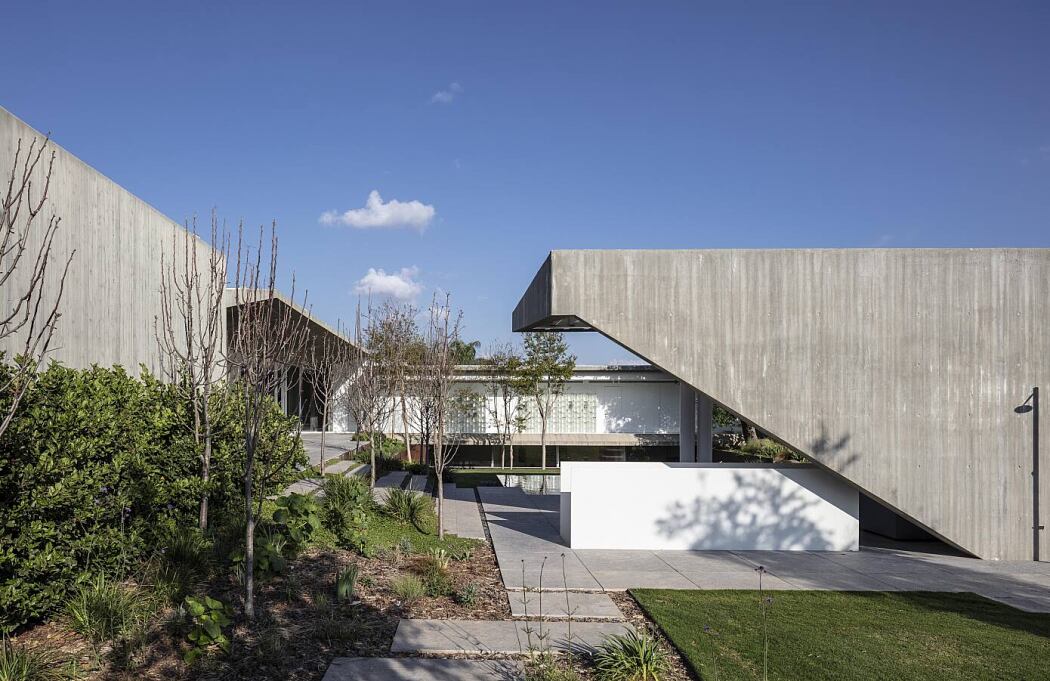 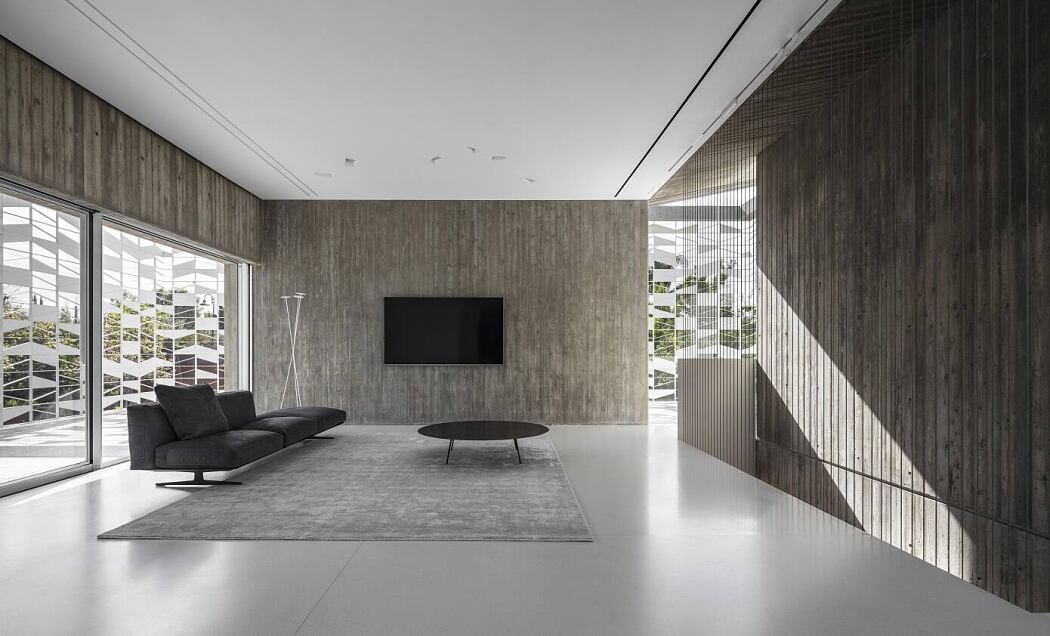 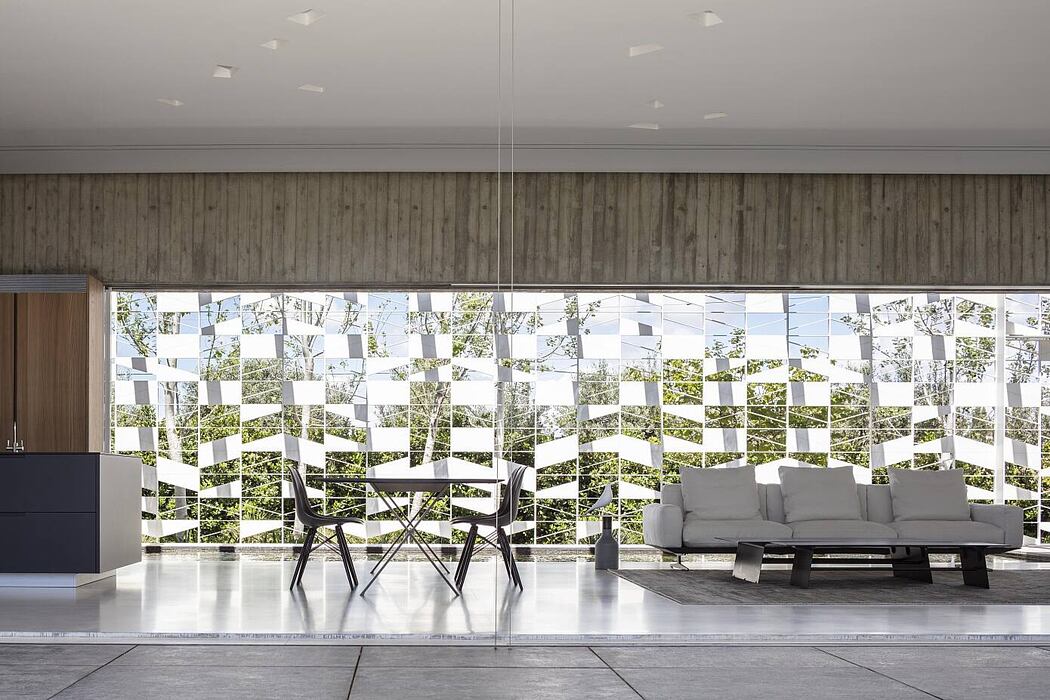 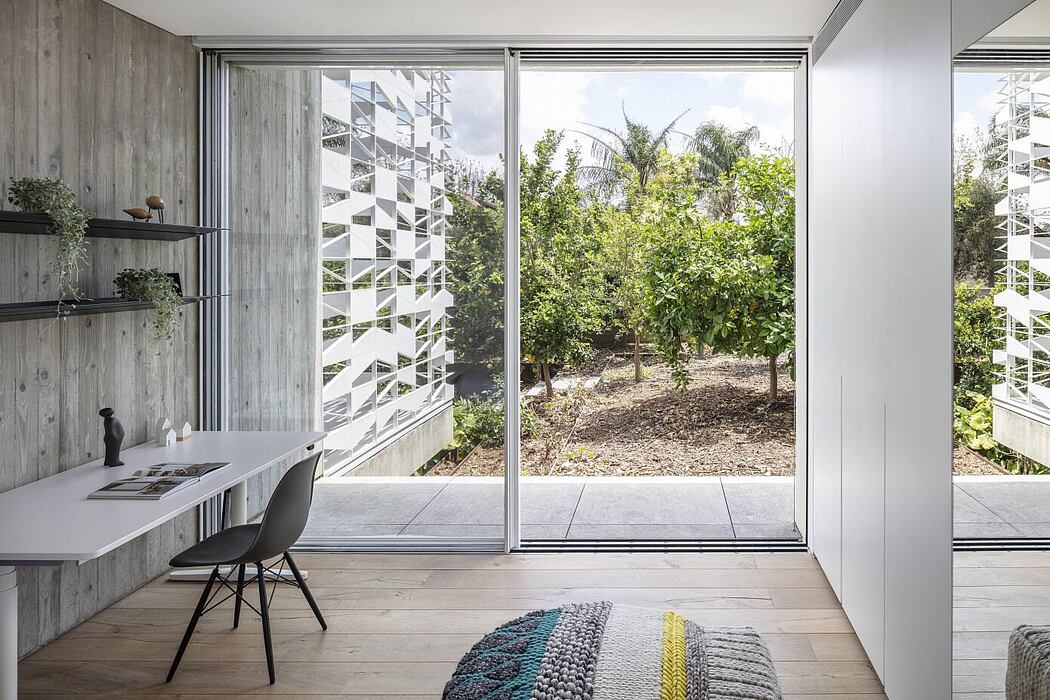 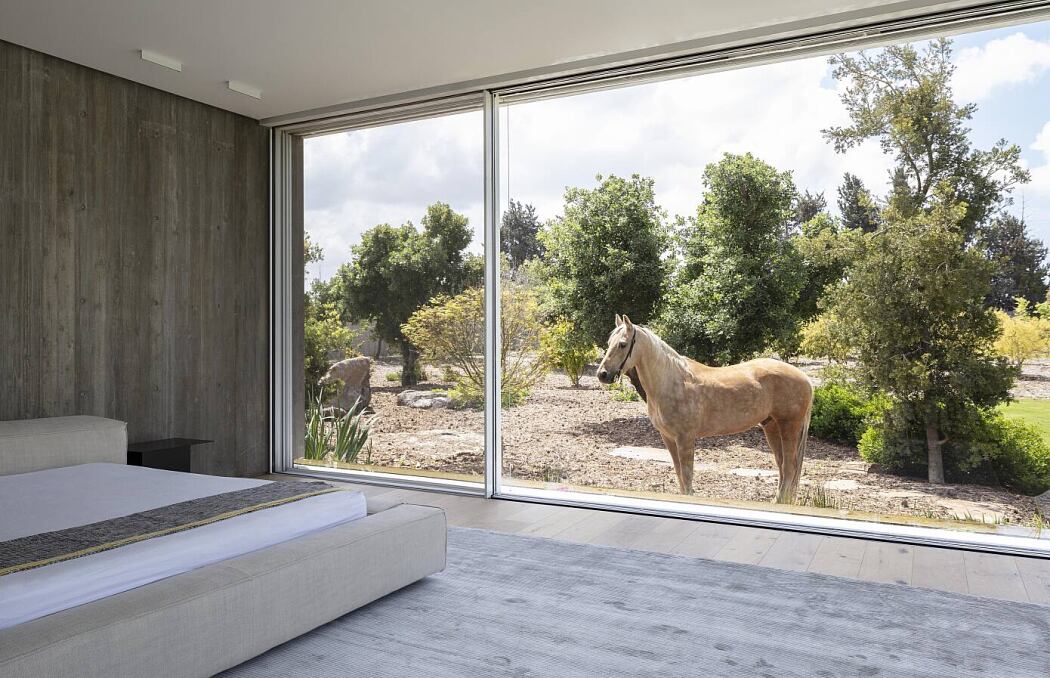 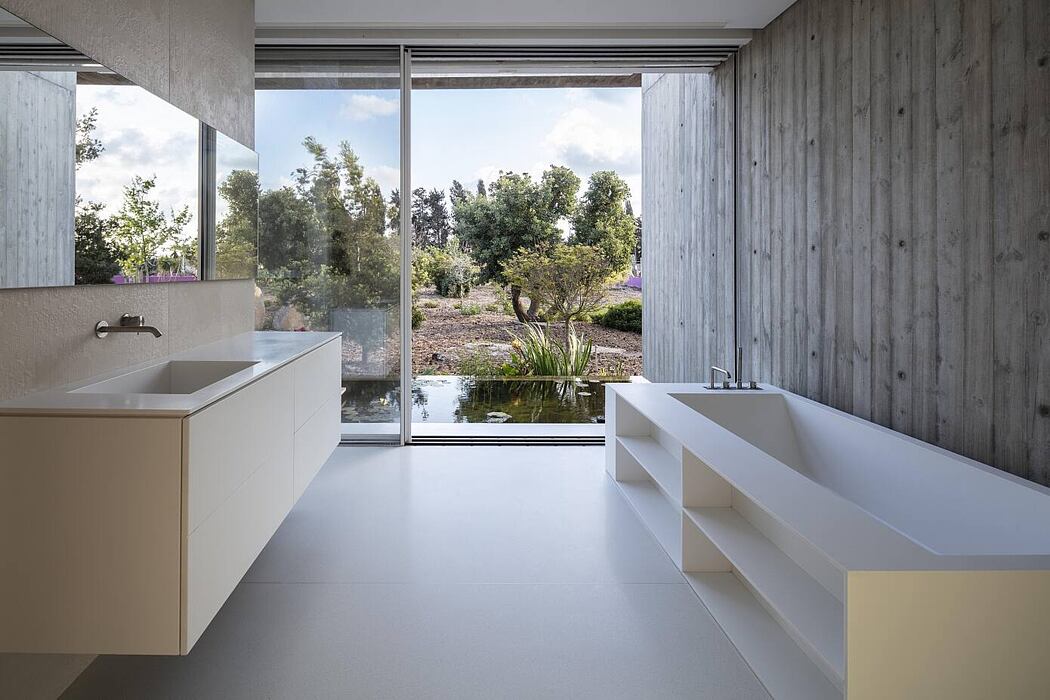 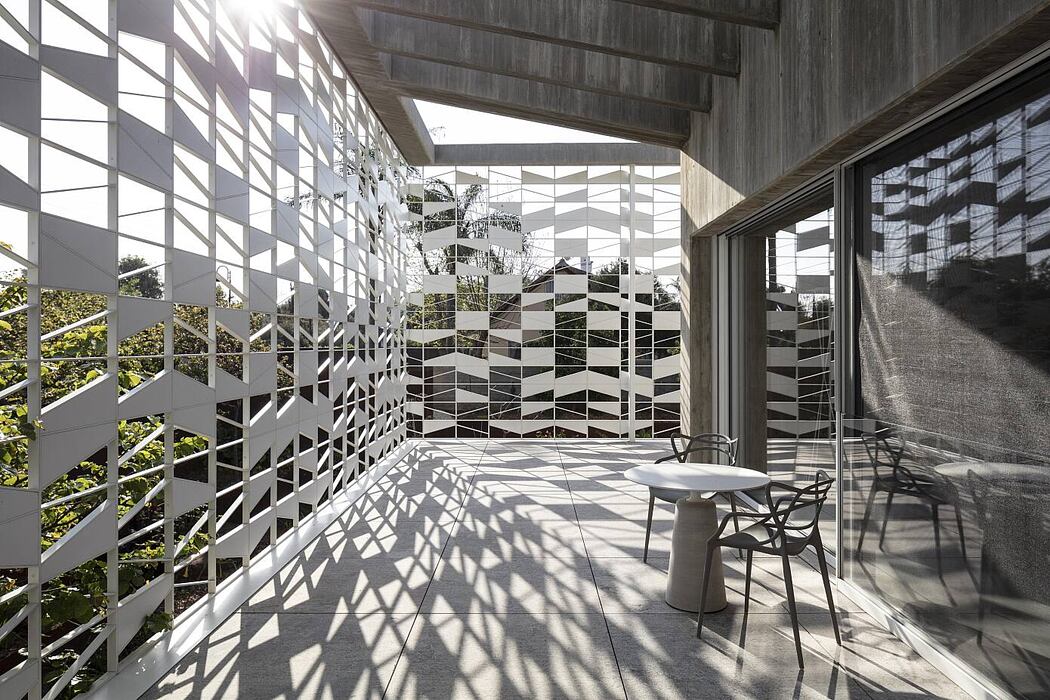 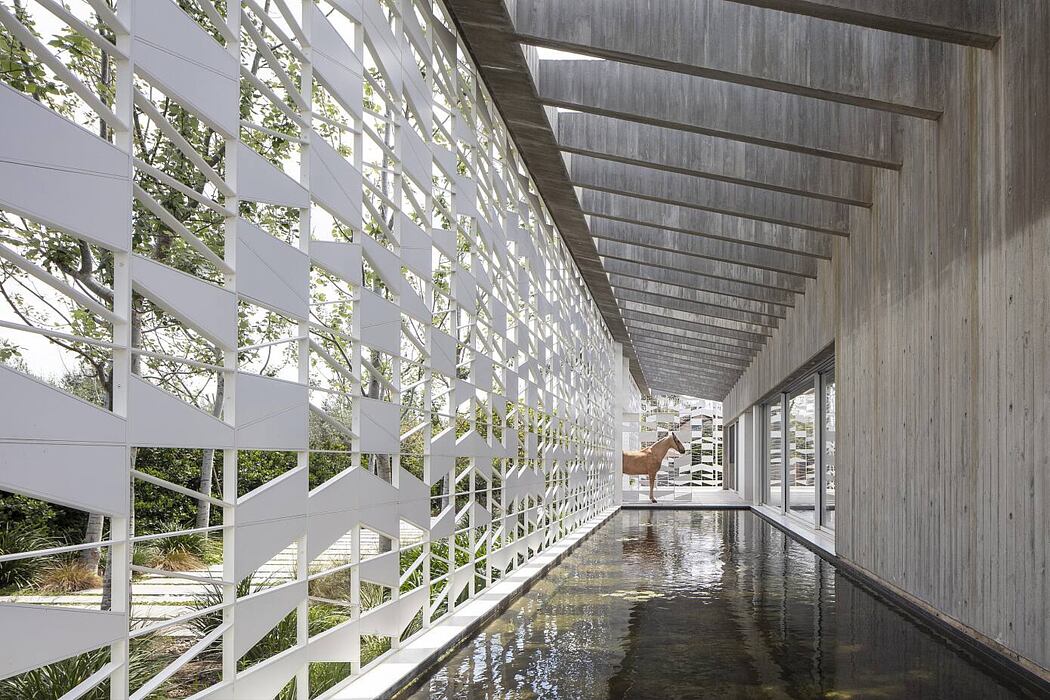 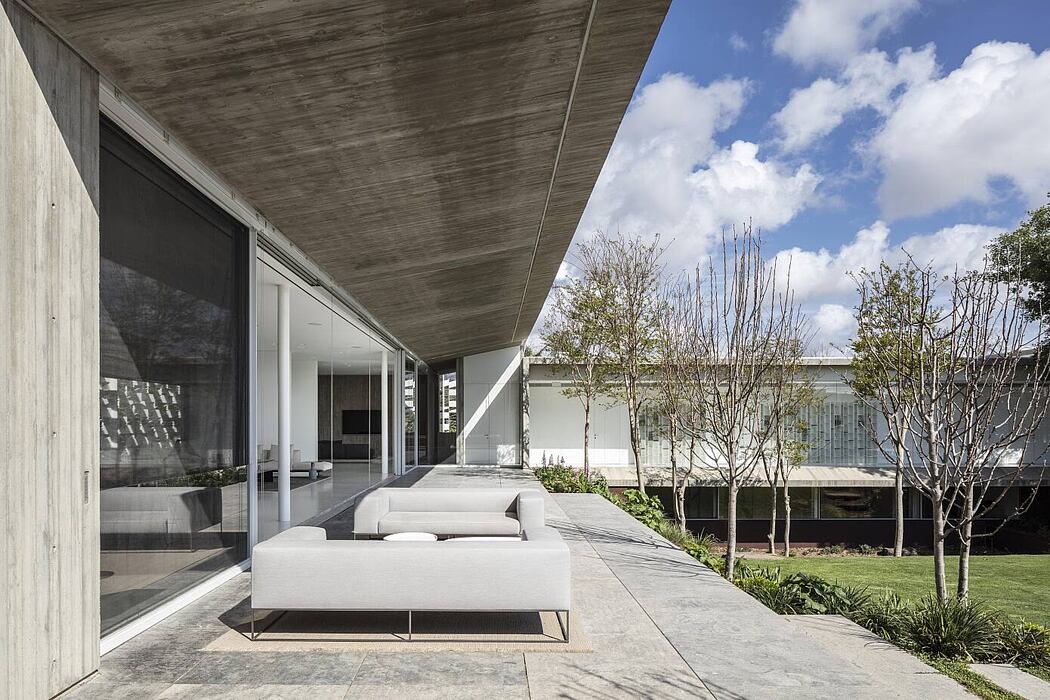 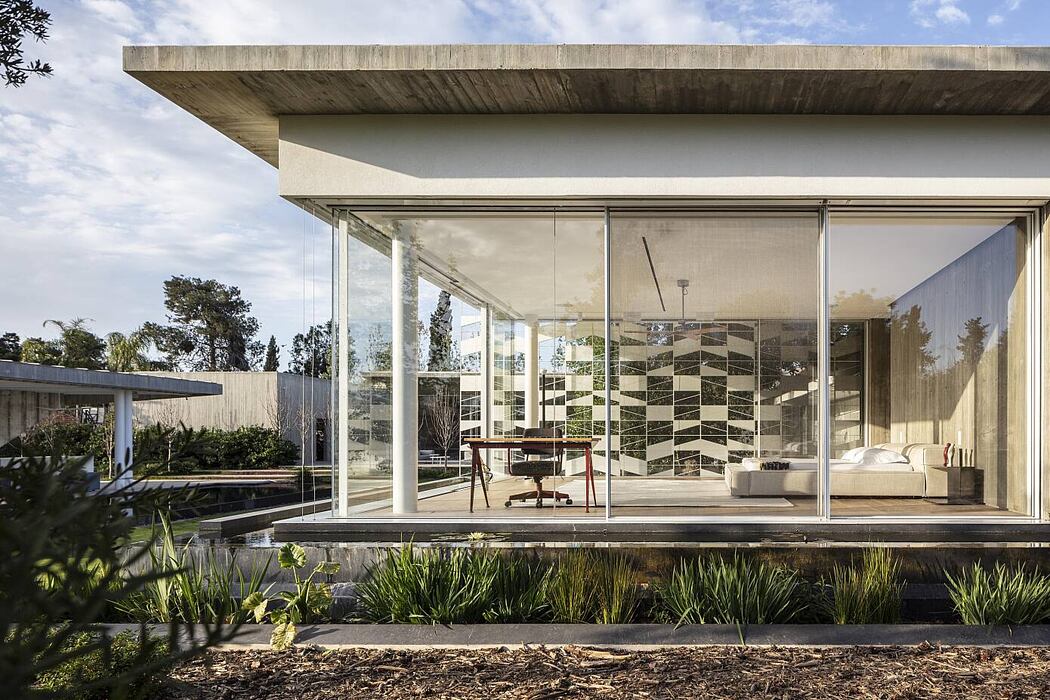 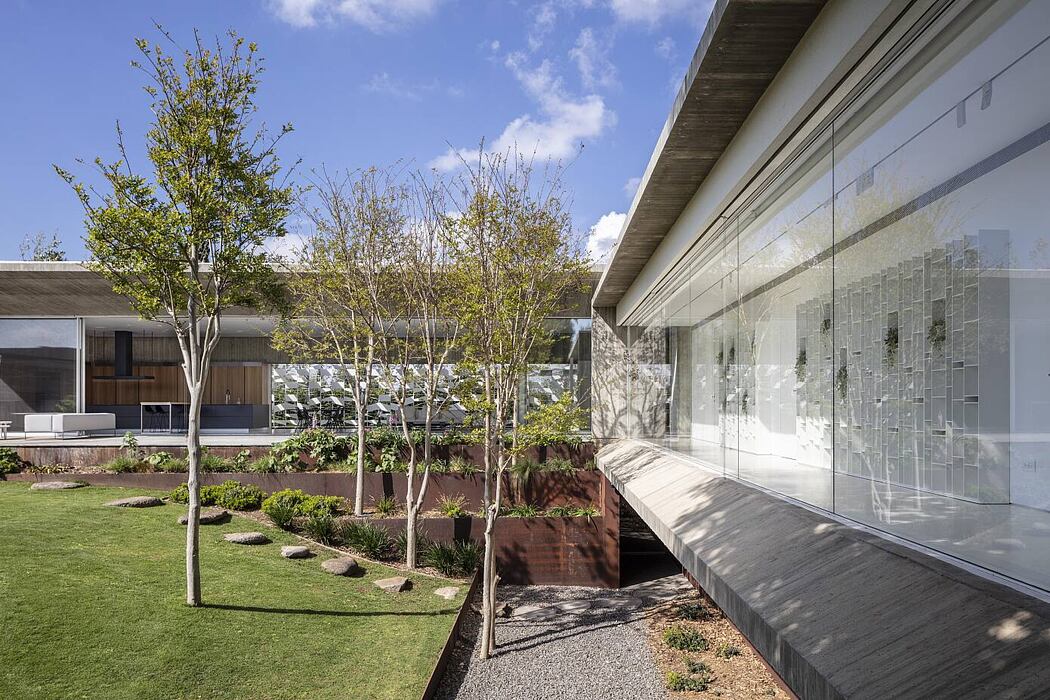 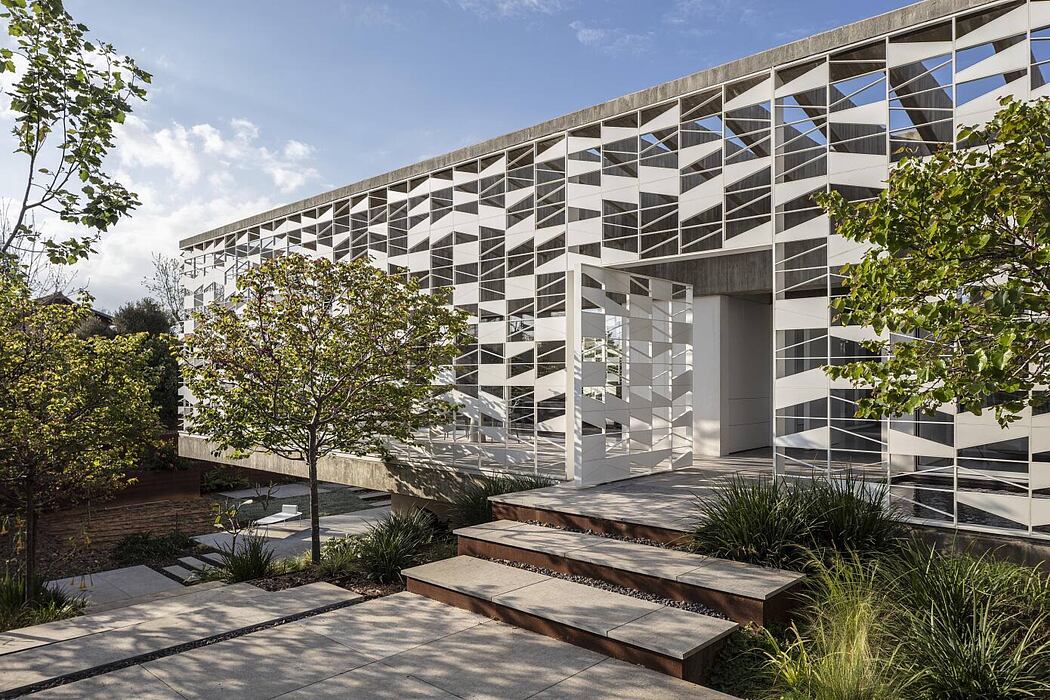 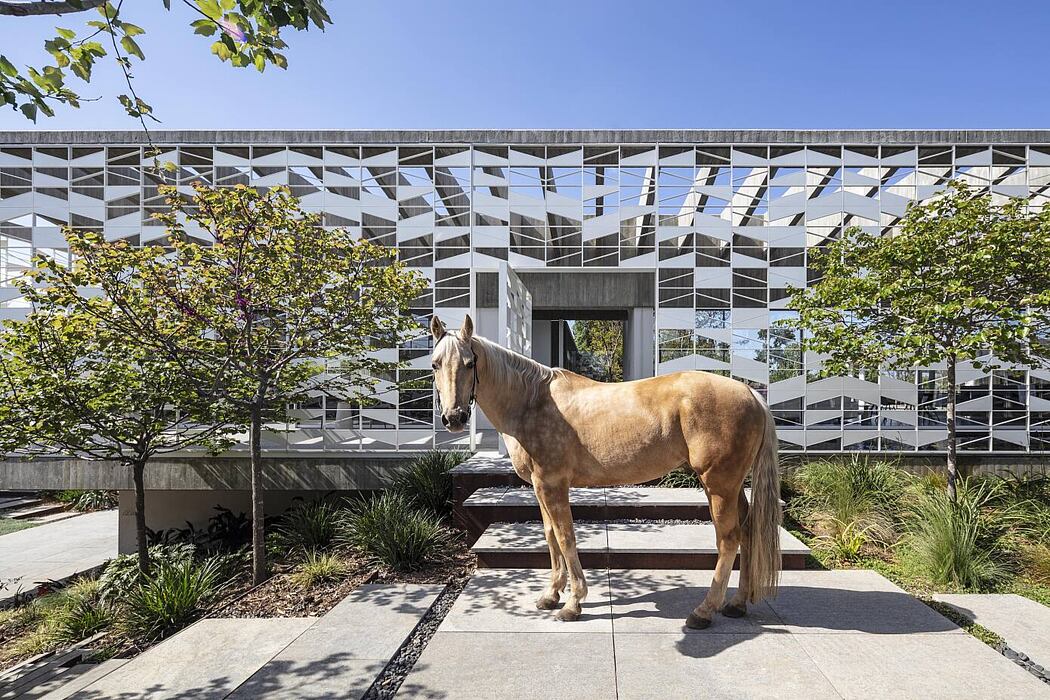 The principal idea was to create a layered building design. An aluminum wall was designed for the entire façade to form a kind of perforated outer envelope, enwrapping the building and creating another layer between the house and the street and neighbors. The aluminum wall was created with a repetitive pattern so that light could penetrate it and introduce dramatic shadow play throughout the day in keeping with the movement of the sun. The openings allow one to glance out to the environment or into the house; they allow natural light to penetrate the house by day, and artificial light to shine outwards at night. Additionally, the slashed and perforated envelope forms a sort of minimalist and polished object that emphasizes the monastic and tightly-controlled language the designers chose to use.

The formal polished look, the precision of the details, the meeting of materials, the streamlined and fairly monastic language, give a momentary feeling that we are looking at a flat, almost two-dimensional painting.

The various and continuous surfaces in shades of white, coupled with the geometrical performances of the light against the horizontal and vertical surfaces, give the restrained picture a sense of space and depth. The large openings to the courtyard and the see-through pool to the front almost completely cancel out the walls of the structure and give people in the interior spaces a sense of being out in the open with only a concrete roof to protect them.

The building is planned around three different wings, starting with the central wing which houses the communal living areas, continues on to the children’s sleeping quarters, and ends in the parents’ bedroom, thus creating a circular movement in the house from the common spaces to the most privately-shared spaces. The three wings wrap around a large courtyard, while the shape is completed by a large pergola shading the pool from one direction and actually creating a negative “space” – the main courtyard, which forms a link between all the building masses.

On the one side, the courtyard descends gradually, so that the central building mass appears to hover in the air above it, creating a sense of lightness and airiness for the building. In the same way, the central courtyard slopes towards the basement, exposing it to natural light. The designers counterbalanced the thin white aluminum against massive and timeless exposed concrete to create tension and contrast between the two materials and intensify each. The concrete roofs were designed on the diagonal, culminating in what appears to be a fine, elegant line that corresponds with the diagonal geometric configuration of the peripheral skin to create a complete and coherent language.