After living amongst the chaos of London for the last four years, I have increasingly sought out relaxing, calm and quiet holiday destinations to counteract my hectic lifestyle. One day on my morning commute, I read an article about Luxembourg which described the little country as a peaceful haven situated right in the middle of Europe with a population of just over 500,000 (compared with the 8.1 million in London). I could already feel the tension seeping out of my shoulders as I mentally began planning the trip. And, the little country of Luxembourg did not disappoint, read on to find out why…. 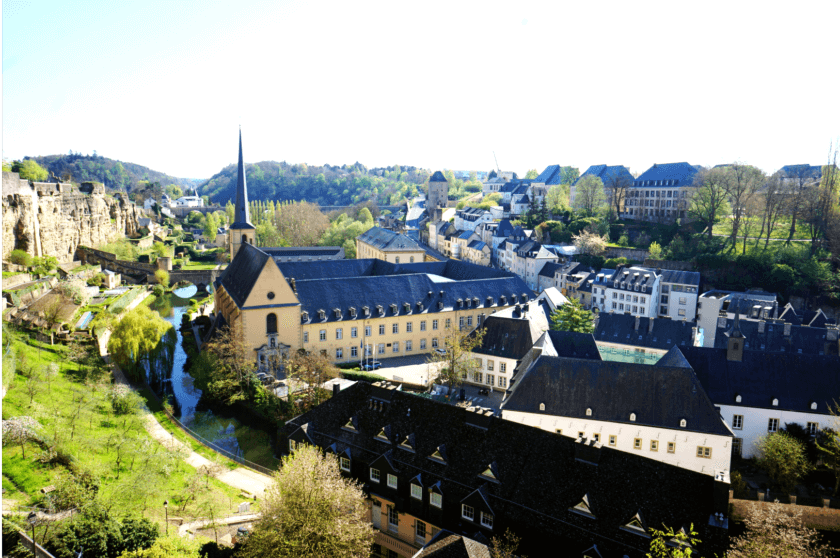 The capital of this pocket-sized country is Luxembourg City and to get there from London takes about an hour by plane. It boarders Belgium, France and Germany so it is a great place to stop if you are travelling around Europe as it is incredibly central and you could easily see the sites in one day. 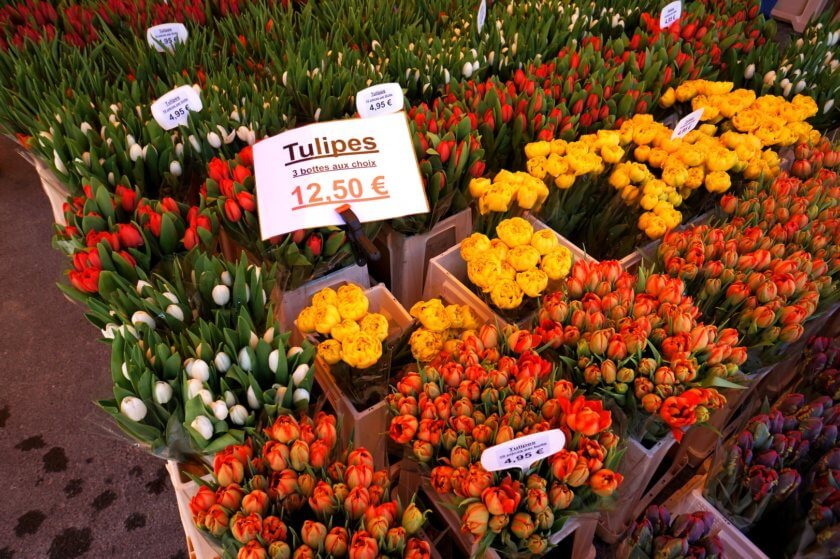 Luxembourg City dates all the way back to 963 and has seen its fair share of invasions, wars, demolitions as well as independence. In fact, the city is built on a rocky hill which once served as a protection from attacks. Now, the ramparts are a pedestrian promenade called the ‘Chemin de la Cornice’ and offer the most beautiful views across the town. It’s a great place to start your walk through the city as the pathway crosses the vantage point, which has been nicknamed ‘the most beautiful balcony in Europe.’ 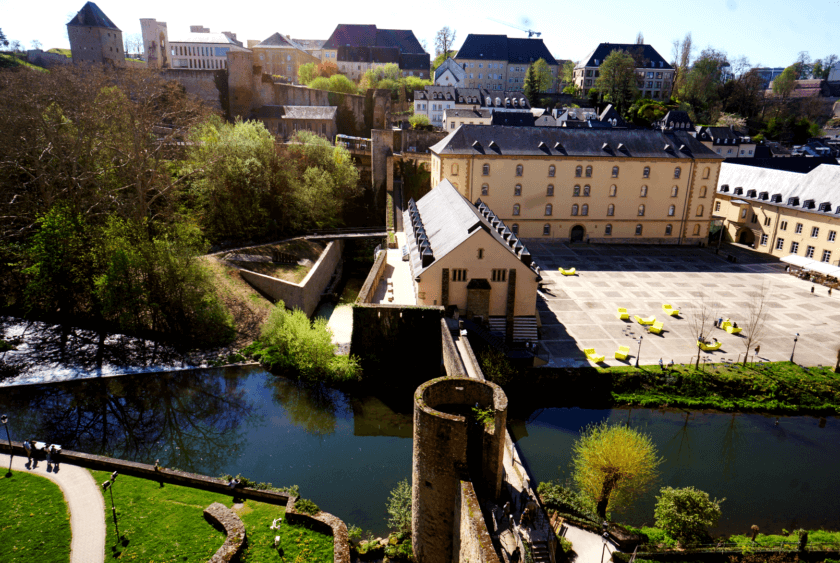 From here, the path curves around to the Bock Casemates, a rocky enclave of passages that were originally carved by Spaniards in 1737 and were used to help defend the city against invaders. At their peak, the tunnels covered over 23km and the majority are still intact today. Wondering through the tunnel system is a real eye-opening experience as you are able to understand the deep and incredibly interesting history of Luxembourg, especially in the Archaeological Crypt where you can see some of the earliest buildings in the city. 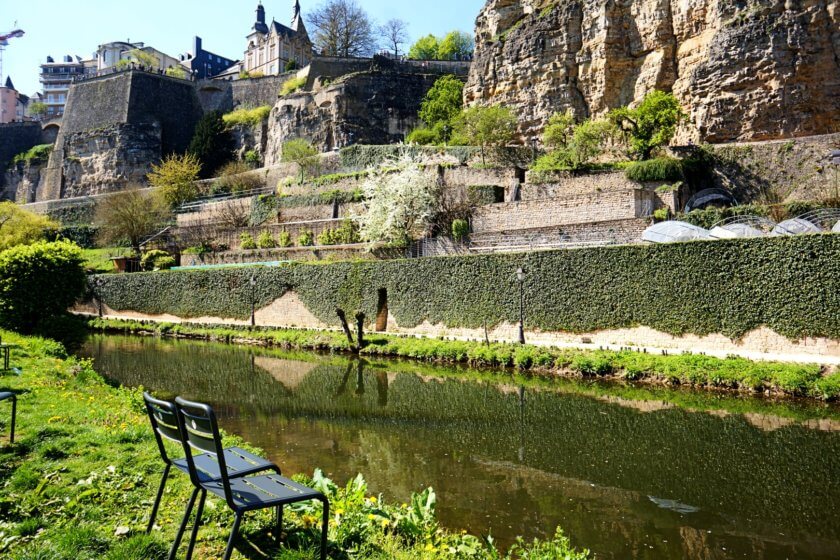 From here, it’s a short walk to the Royal Palace which is the official residence of Grand Duke Henri, Luxembourg’s reigning monarch, as well as several Parliamentary offices. The Palace has an interesting history, originally used at the Town Hall, it was then occupied by the Nazi high command during the Second World War and used as their headquarters. It was restored after the destruction imposed during the war, and is now a striking example of gilded nostalgia with sweeping staircases, ornate chandeliers and the richly textured Flemish Renaissance façade. 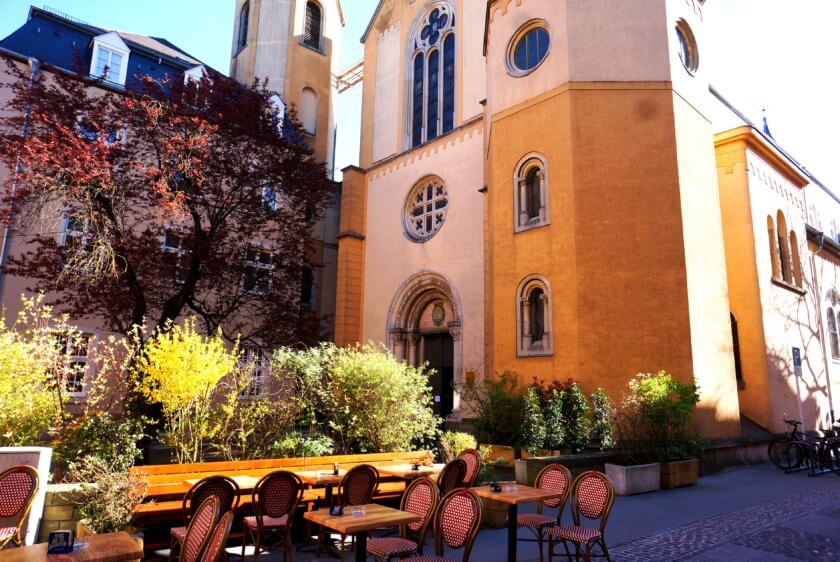 After lunch at one of the many cafes and restaurants which line the lovely Place d’Armes, wind down the quaint cobblestone streets to the Grund area. The gorgeous little neighbourhood runs alongside the River Alzette gorge and has a real fairy-tale vibe to it. Check out the century’s old architecture of the Neumünster Abbey and Eglise Saint-Jean-de-Grund which straddle the riverbed. 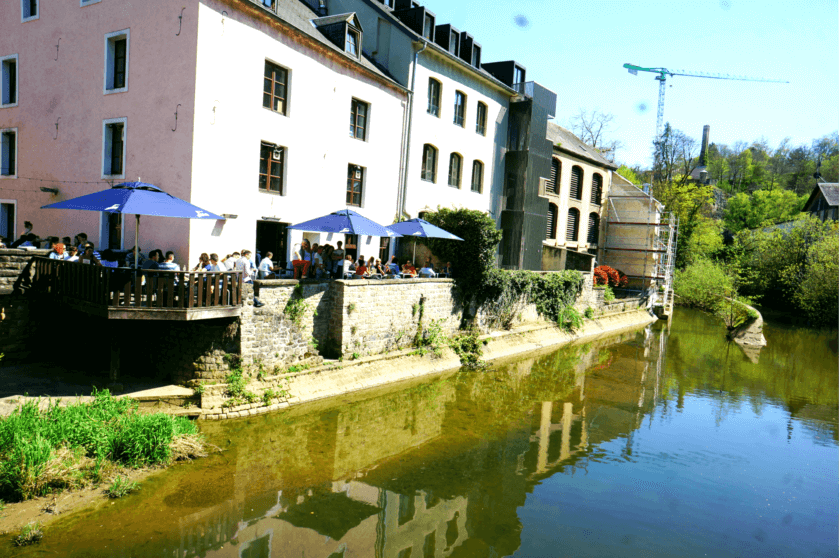 If you have extra time, be sure to visit one of the many incredible museums in Luxembourg City – there’s plenty to choose from and they are all equally impressive. My favourites were the National Museum of History & Art as well as the Museum of Modern Art. 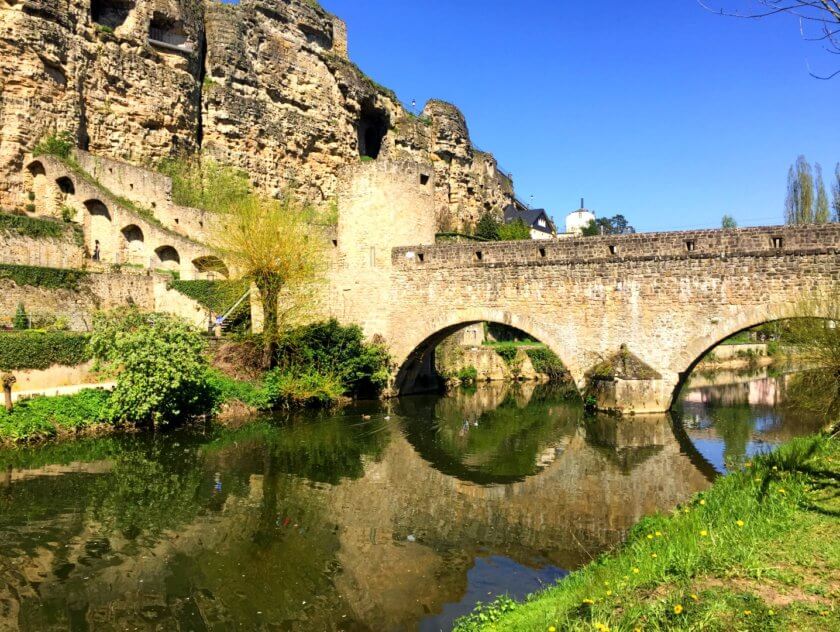 For more fairy-tale views, head about an hour out of Luxembourg City to the little town of Vianden which is home to a dreamy Gothic castle. Vianden Castle was built between the 11th and 15th centuries and was one of the largest medieval residences in Europe. The Counts of Vianden used to call it home at a time when Luxembourg had strong connections with the French Royal Family and the German Imperial Court. Since its golden years, the castle has changed hands many times and it is now owned by the state who restored it to its former glory. You can walk through most of the rooms of the castle as you learn about its history and get a real sense of how much went on inside its walls. There’s also an exhibition on the top floor which chronicles the castles long and interesting life. 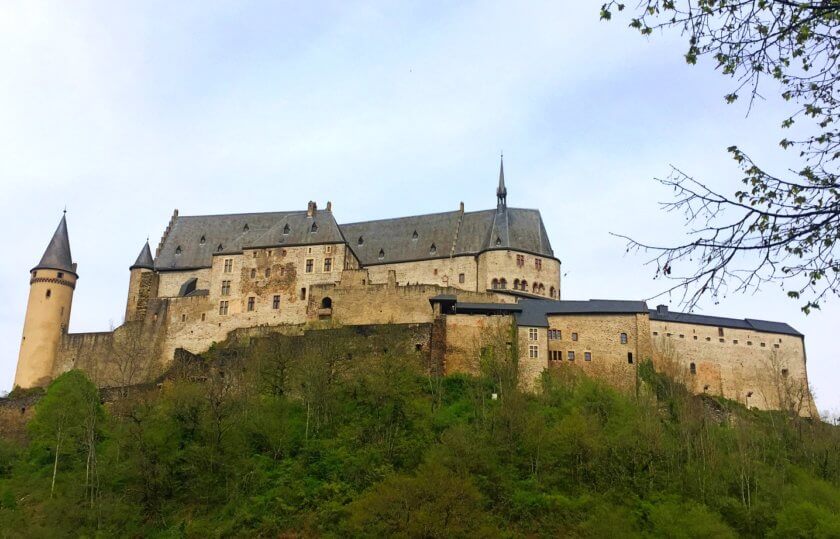 Drive an hour in the opposite direction of Luxembourg City towards the boarder of Germany and you will hit the Moselle Valley. Stretching from the towns of Trier to Koblenz and winding along the Moselle River, this beautiful part of the world is dotted with little towns, enchanting castles, and most famously, vineyards. The ever-changing landscape is home to one of the smallest and most prolific wine regions in Europe. Originally cultivated by the Romans, the region is now famous for its signature blend of Riesling – a crisp, fruity and dry variety of white wine. The town of Bernkastel-Kues is the chief wine tasting town, complete with its own wine museum. When you have had your fill of wine, head to the ancient town of Trier which is steeped in fascinating Roman architecture; or check out one of the many medieval castles such as Eltz Castle, Cochem Castle or Stolzenfels Castle. 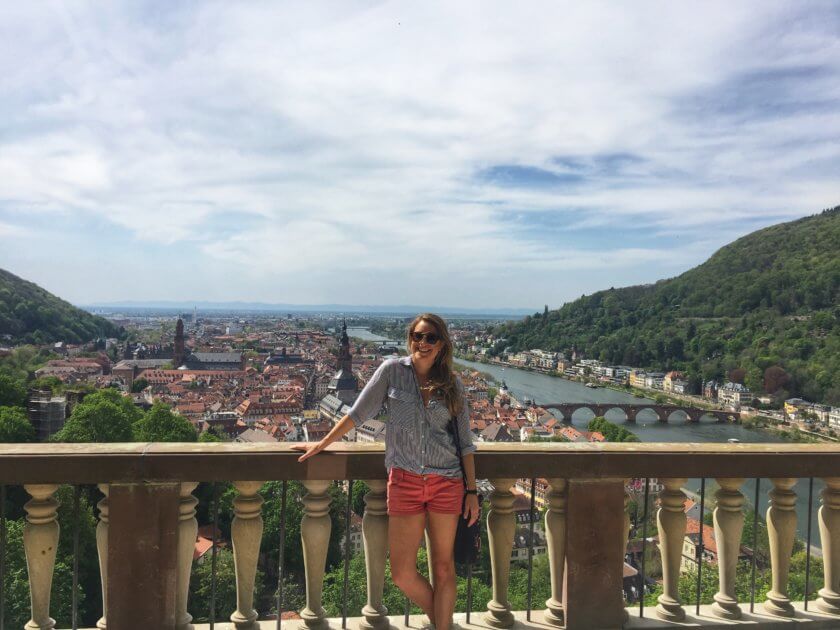 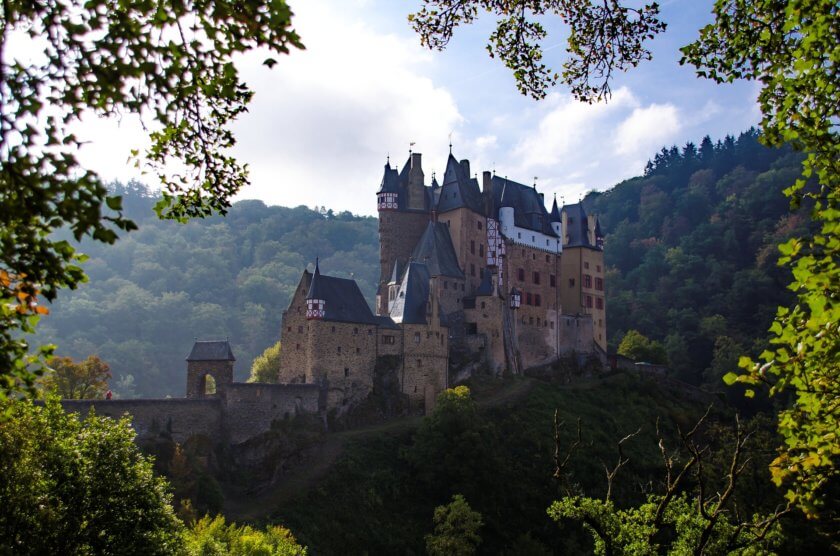 Another great day trip from in Luxembourg is the Mullerthal region, or ‘Little Switzerland’ and the town of Echternach. Nicknamed ‘Little Switzerland’ because of its resemblance to Nordic terrain, the area is a paradise for nature lovers. It stretches between the towns of Beaufort and Echternach, along the Sauer River and is laced with gorges, valleys, dense forests and caves. It’s a popular spot for hiking and has three main routes all of which provide sweeping views over the valley and across to Germany. 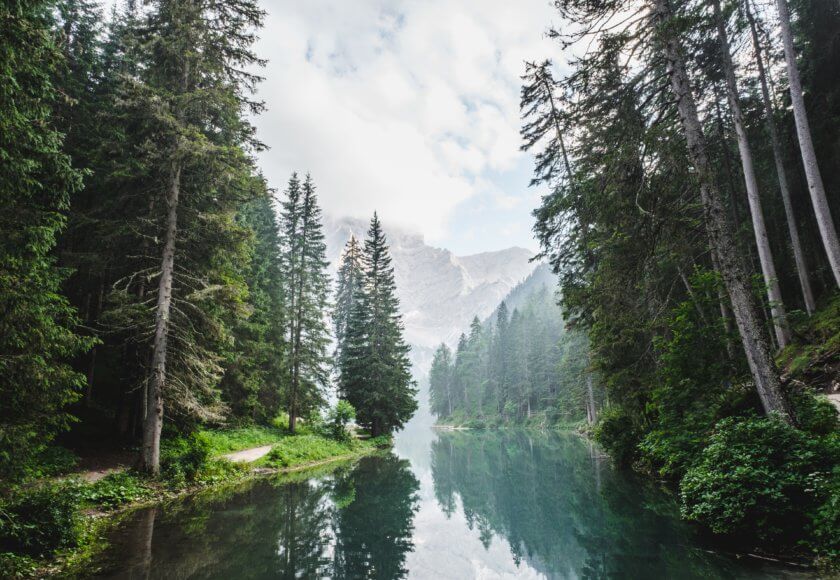 There are several gorgeous little villages to visit, but the most popular is Echternach as it is the oldest town in Luxembourg. Dating back to 689AD, this quaint village is lined with pedestrian-only walkways which culminate at the main square. The imposing Basilica is a significant part of Luxembourgish history and is divided into three sections where you can learn about its roots; The Saint-Willibrord Basilica, The Benedictine Abbey and The Museum of Abbey. 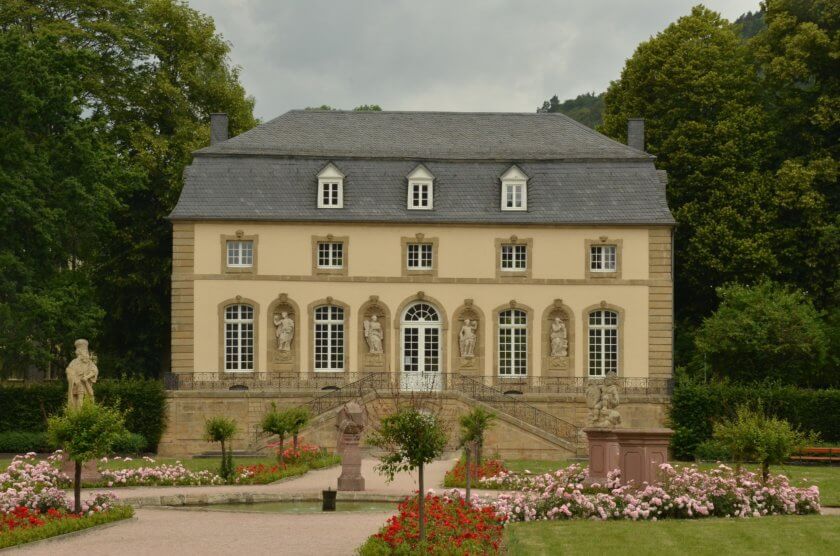 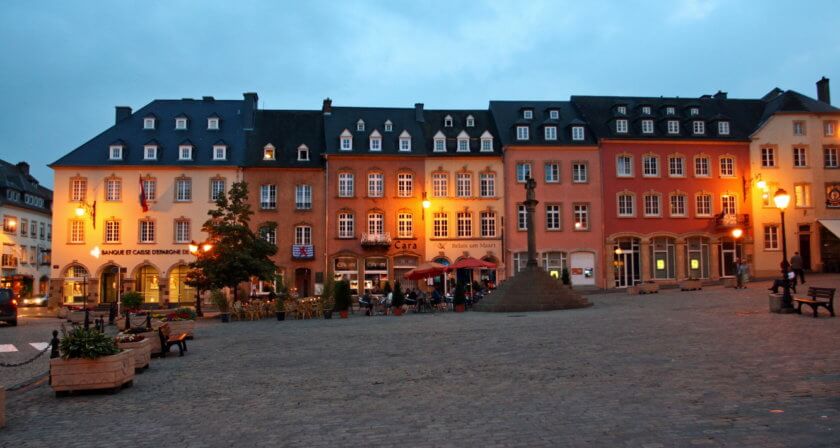 Have you been to Luxembourg? Do you have any other tips on what to do and see?