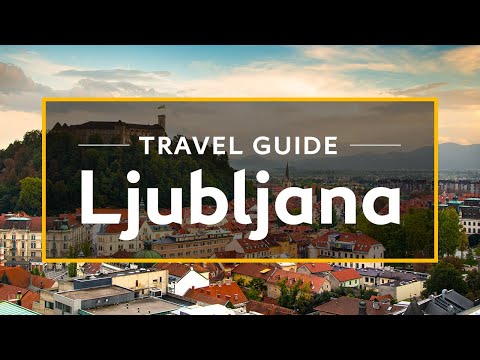 Situated in Slovenia’s heart lies its capital, Ljubljana, a small but innovative city with a car-free heart, a hip attitude and a mythical history.

Step into the narrow streets of the town center, where instead of traffic you’ll hear bicycle bells, and instead of gridlock you’ll find river banks lined with cafes, pubs and historic architecture.

Ride the funicular to Ljubljana Castle, a beloved landmark that has been standing above the city for more than 900 years.Then head to Preseren Square, named after France Preseren, whose poem “A Toast” became the country’s national anthem.

Stroll to nearby Congress Square and Park Zvezda. From here, you can see the University of Ljubljana, one of the largest places of learning in Europe.

Visit the Slovene Philharmonic Orchestra building, one of the world’s oldest musical institutions with famous connections to composers such as Beethoven and Brahms.

Cross the Dragon Bridge, famous for its fearsome dragon statues, whose tails are said to twitch when a pure and untouched maiden is nearby.

Pick up a free bicycle rental and follow the Jokopic Promenade to the Tivoli Castle and check out the print collection at the International Centre of Graphic Arts.

Immerse yourself in art of a different kind in the Metelkova Mesto, a funky cultural zone which hosts more than 1500 events each year.

Ljubljana may have taken a dragon as its symbol but unlike that mythical beast, this city is welcoming, warm and delighted to share its treasures with visitors.