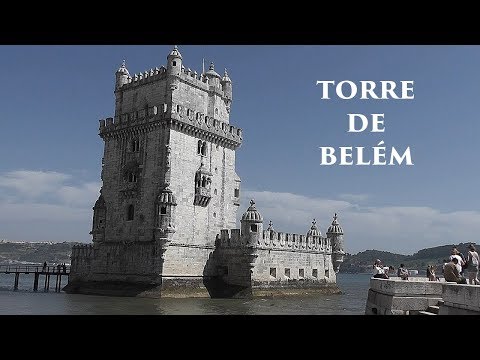 Torre de Belém is a fortified tower that was part of a defensive system to protect access to the Tagus estuary from pirates and enemy attacks.

Belém Tower was constructed on the rocky outcropping/island along the northern margin of the Tagus River. It is located in the civil parish of Santa Maria de Belém in the municipality of Lisbon, Portugal.

The tower was built in the early 16th century and is a prominent example of the Portuguese Manueline style, but it also incorporates hints of other architectural styles. The structure was built from lioz limestone and is composed of a bastion and a 30-metre (98.4 ft), four-storey tower.

It is a UNESCO World Heritage Site (along with the nearby Jerónimos Monastery) because of the significant role it played in the Portuguese maritime discoveries of the era of the Age of Discoveries. The tower was commissioned by King John II to be part of a defence system at the mouth of the Tagus river and a ceremonial gateway to Lisbon.