Have you ever thought about how the world would look if everyone traveled as extensively as we do? If home really was a fluctuating concept, something that can be changed and replaced within months? The irony is that I think many of us travel to get a deeper understanding of a culture but that culture obviously needs to be invested in over years and decades. When I visited Mayrhofen, a mountain town in the Austrian Alps in January, I realised there is something very rewarding about staying true to your roots and being able to identify with the business your parents or grandparents have built. 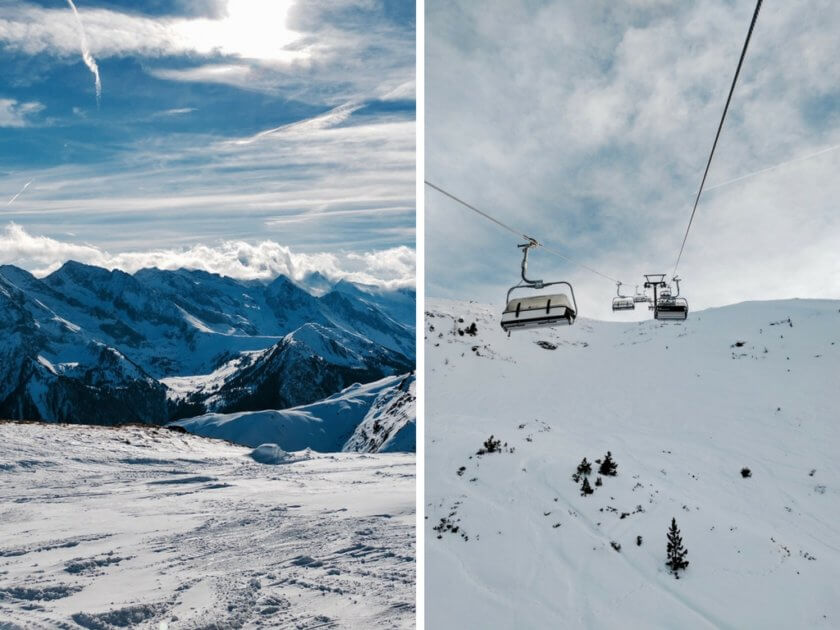 is a one-hour ride away from Innsbruck. Because of its location in Zillertal, a valley in the Austrian state of Tyrol, it’s a huge and hugely popular ski destination with over 500 kilometres of pistes. But you’re missing out on a lot if you spend all your time on slopes or après-skiing. Although visitors come back time and time again for the skiing and the mountains, they also love the wealth of traditions, the family-run businesses and the genuine quality of local cuisine and products.

Airbnb invited me on a little getaway to get a feel for what “local” really means in Mayrhofen and how that changes your visitor’s experience completely. I’ve been on skiing hols before and stay in Airbnb apartments in cities regularly, but I never considered renting out a cabin or a bigger apartment in the middle of nowhere. But really, it only makes sense that people living in an area that is known for quality products and hospitality make use of that commercially and now the Zillertal area actually has more Airbnb listings than Innsbruck. 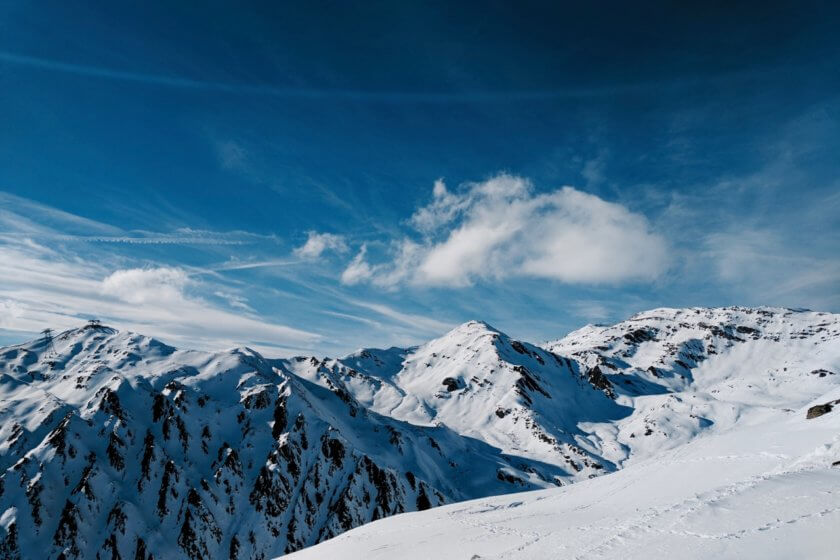 A couple of other bloggers and journalists (really, it felt more like a school trip with old friends) and I stayed in a cosy with a sauna in the basement that fits 16 people and is a two-minute walk from the ski lift. I’ll show you some of my favourite places we visited, the certain little gems that you wouldn’t come across on a “normal winter holiday” and the loveliest cuddles of this year with a tiny lamb. 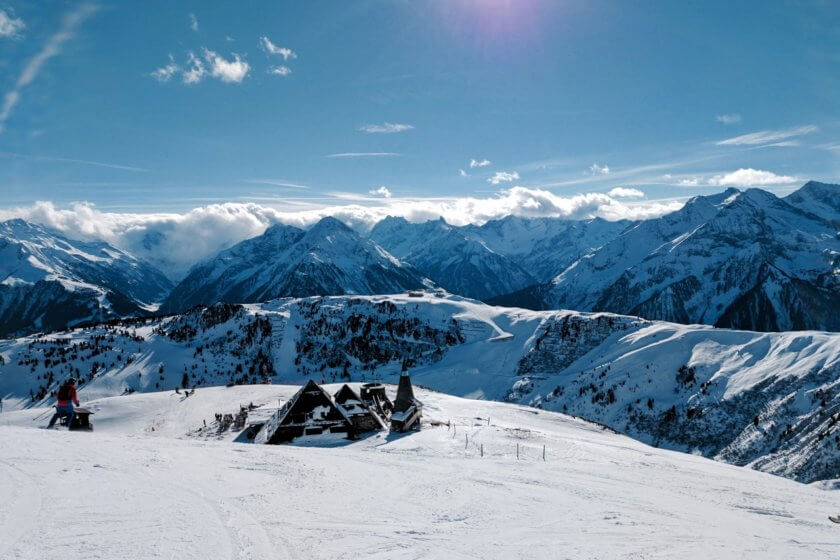 Beef and Kaiserschmarrn at Schneekarhütte

In between exploring the different huts and dishes and Austrian songs, I also gave skiing another go. I’ve always been clumsy and although I’ve tried my hand at skiing three times now, my skills just don’t seem to improve and the only way is… down on my face. When the other guys saw the lack of coordination and skills, they organised me a personal teacher (thanks for that!) and we both cracked up with laughter all the time because I just couldn’t get it right. Guess it’s a hopeless case but I prefer hiking anyway! Anyway, in between skiing and riding the lift up the easiest of slopes time and time again, it was time for a little lunch break that didn’t turn out so little. is a restaurant and accommodation with spectacular and locally sourced food. Beef, Speck, butter and of course Schnaps is produced on their own farm. Sepp and Aloisia Bair run a family business of 39 people and have served hungry skiers the best Kaiserschmarrn since 1988. Apart from offering “normal” rooms, they also host guests in a special Alpine . That would be my ideal spot for a honeymoon… just saying. 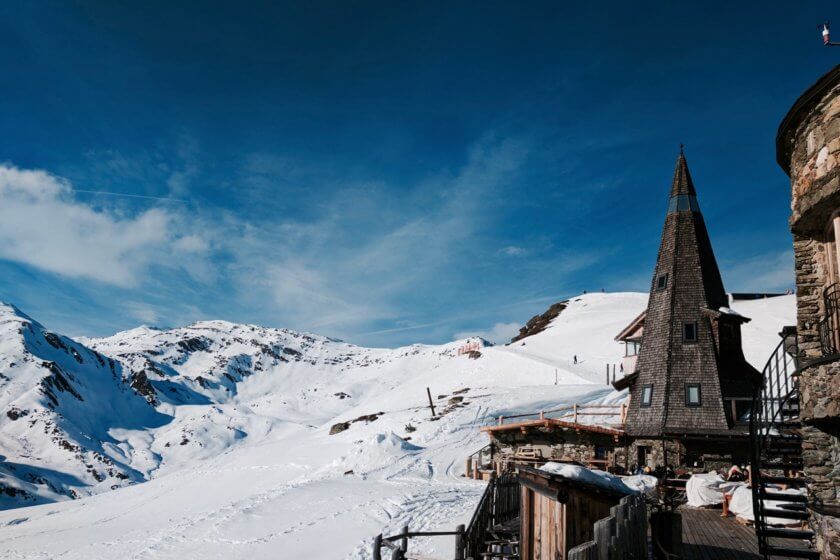 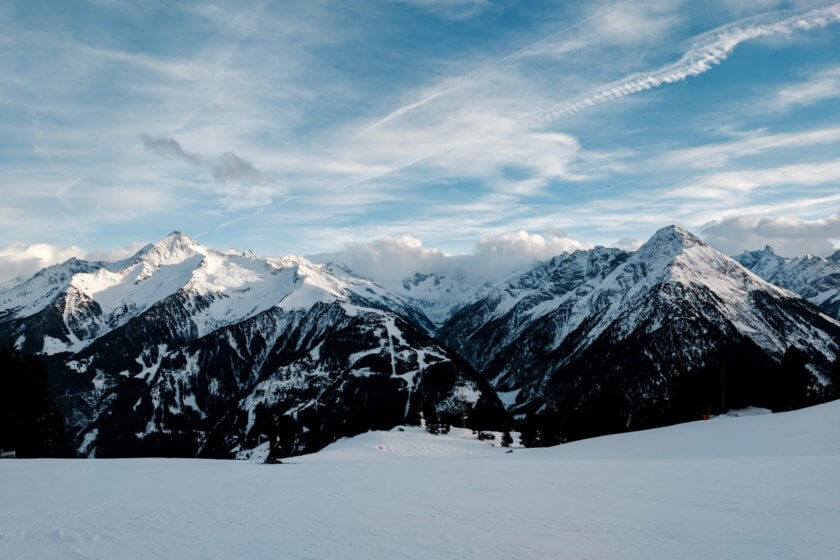 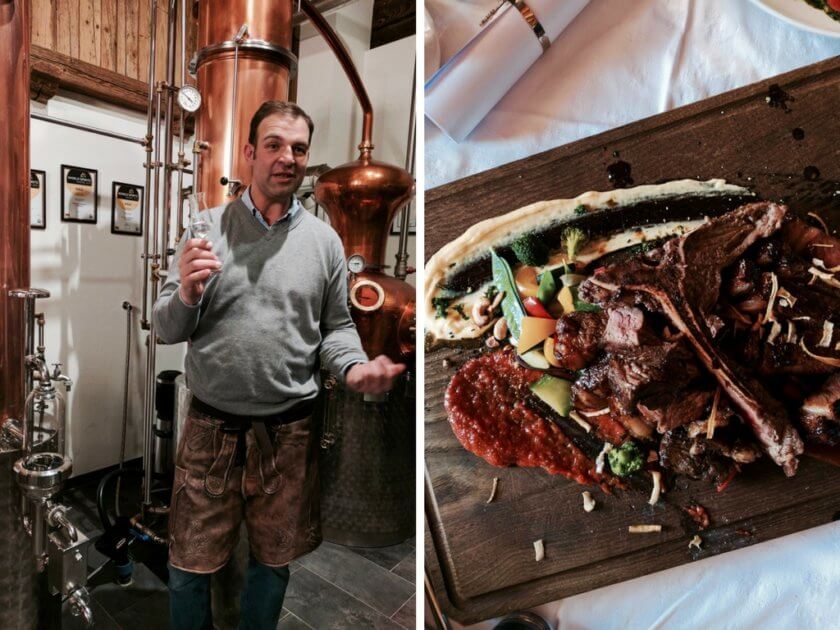 Now on to another important aspect of the culinary scene: Schnaps! Liquor! , who is hilarious and an absolute institution in the area, brews 40 different types of liquor in total and I’ve learned quite a bit about the art of distilling it: 1) The best temperature to drink it is at room temperature between 18°C and 20°C 2) 70% of the experience of sipping Schnaps is smelling the product and only 30% is about the actual taste 3) If you use 50 litres of alcohol and 50 litres of water, the final product contains about 40% alcohol 4) Martin distills Schnaps from hay and it was actually one of my favourite. Followed by apricot! 5) The first batch of Schnaps coming out of the distillery above always smells like glue. Mhmmm. 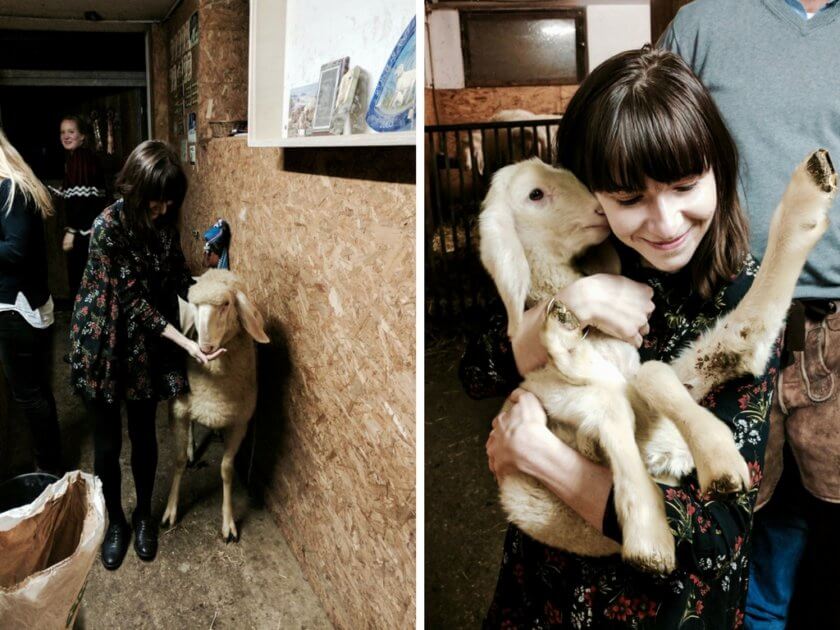 And this is off topic, but then there were lambs. I spotted them right after we entered the Schnaps empire and Martin said they only have them for the “show”, whatever that means. So much love! 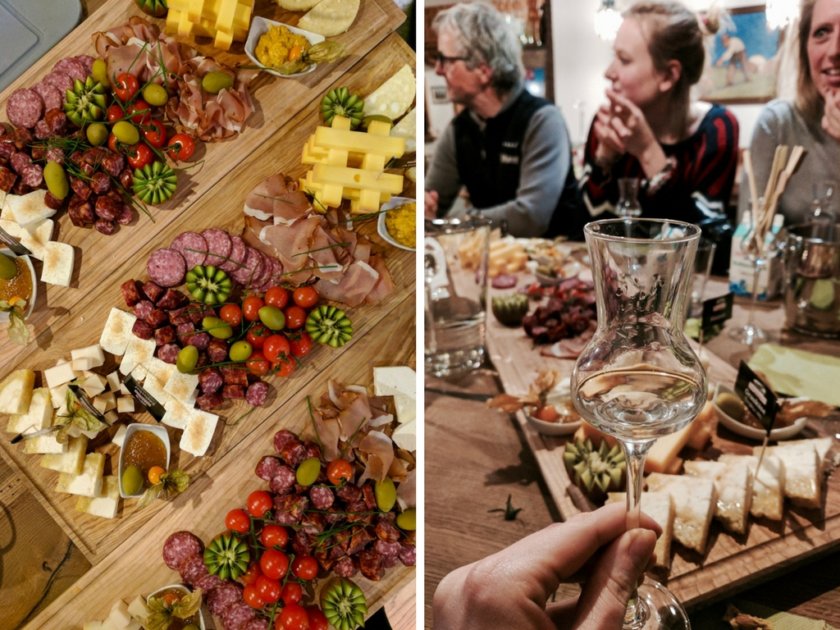 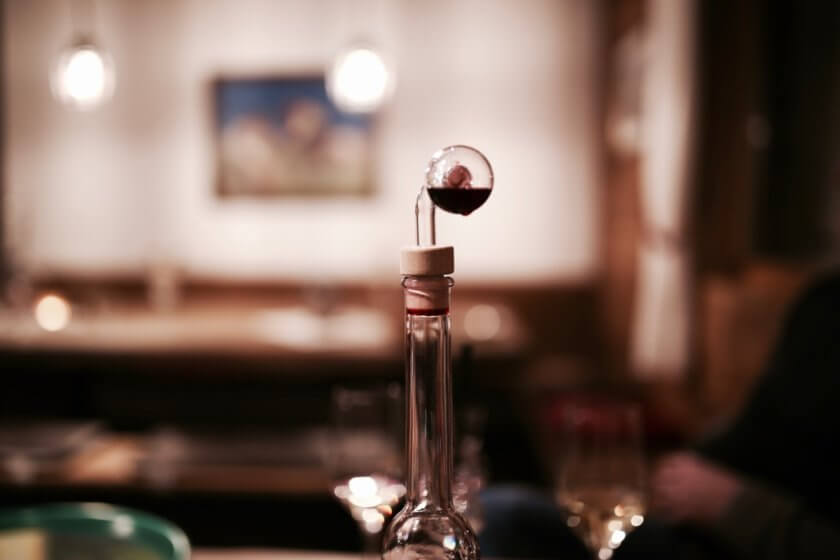 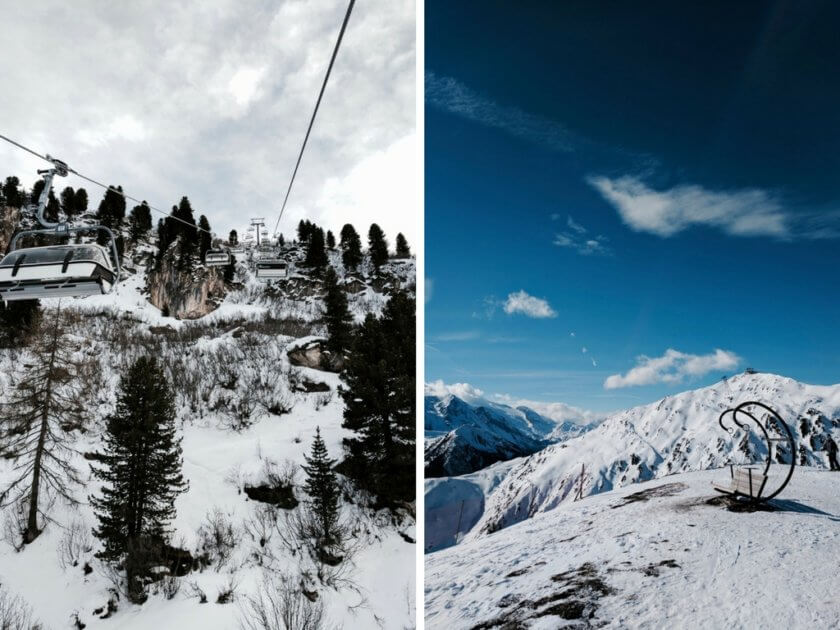 Sleeping in an igloo at Ahornbahn

Okay, so this is a crazy one. Have you ever considered sleeping, yes, sleeping, in an and still waking up the next morning? Just to clarify, in order for the snow to stay where it is, temperature obviously has to be around zero degrees. So how and why would people prefer this to a comfy hotel bed? You guess it, proper sleeping bags suitable for icy temperatures ensure that once you’re inside, the cold won’t get to you anymore although you’ll still have to come out occasionally to breathe I guess. Would you do this? With a bottle of champagne to warm you up before? I’m not sure myself but it’s a tempting thing to cross off your bucket list… 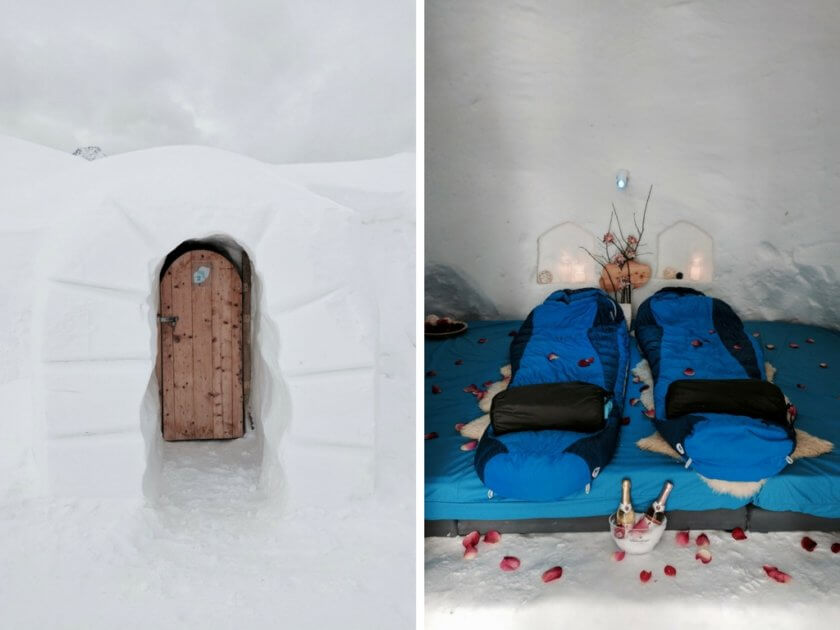 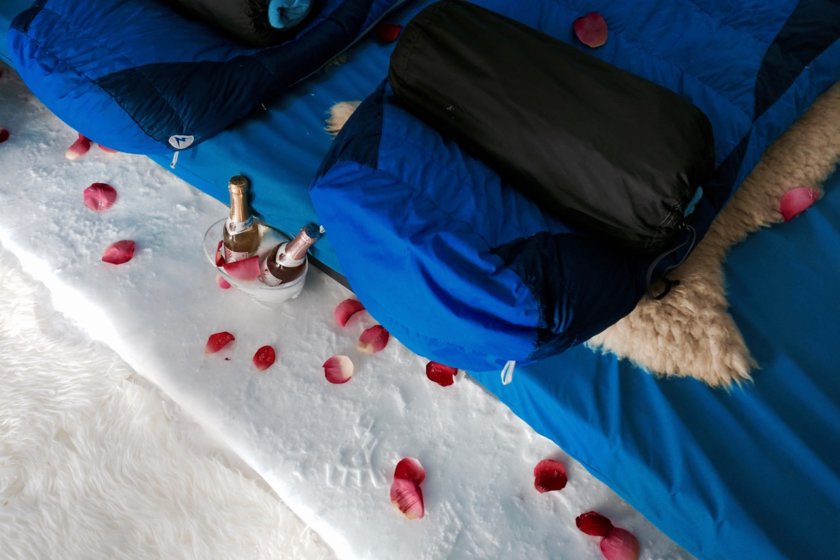 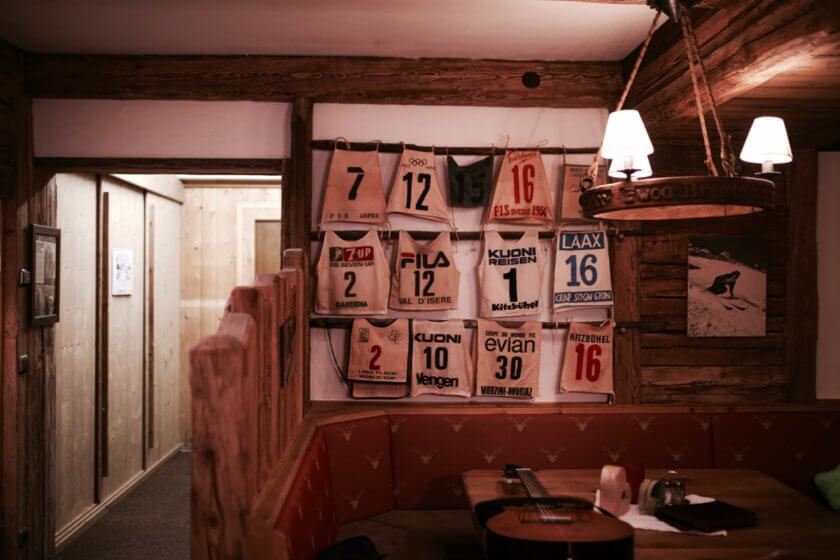 The Ahornhütte hut was built by Ernst and Riki Spieß in 1971 for their ski school. Their son Uli is a world cup winner and you can see his medals and photos all over the space. He and his wife Renate have only recently moved into the hut and started refurbishing it and renting rooms out. On Thursdays, they regularly host a local band who play traditional songs during dinner. Let me tell you one thing, it was the best night! We had so much fun drinking and singing along and watching the musicians love what they do – that experience beats a singer-songwriter gig in a smoky bar anytime. You can also stay in the flats on the first floor but bear in mind the last lift goes up at 5pm! Might collide with that après-ski. I’m curious to see how Uli and Renate’s young children will judge their decision to take the plunge and move into the quiet when they hit 14 and want to party…

Also, regarding skiing: After a great music night we came back to the Ahorn area to see the ski area in the day time. The slopes there are actually among the easier ones, so I managed to do a couple of ski-runs three hours before heading back to the airport – by myself. Call me a pro. 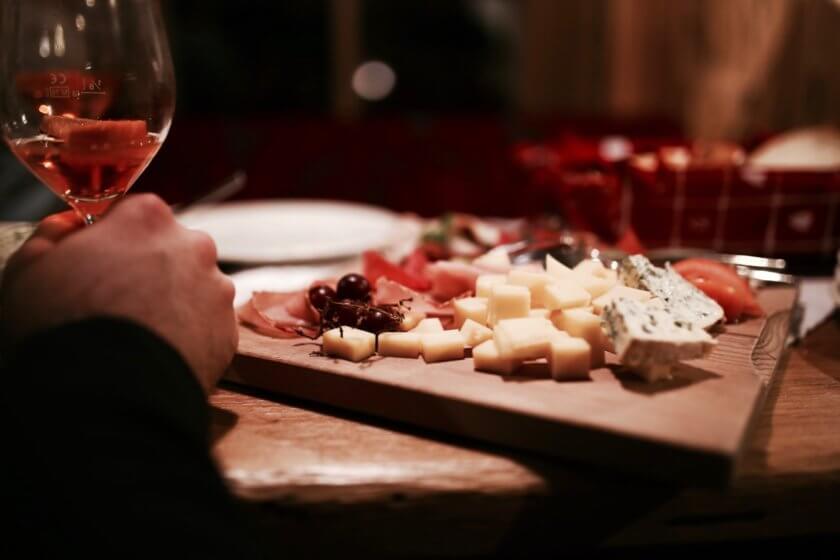 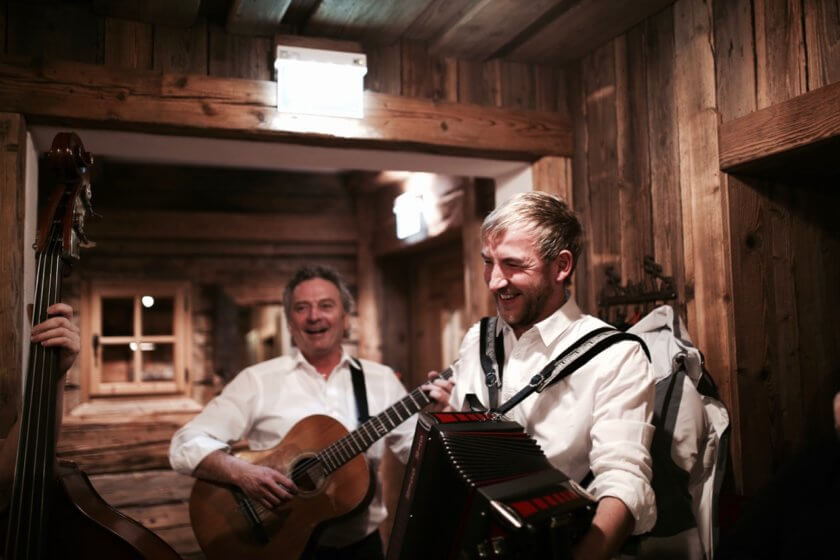 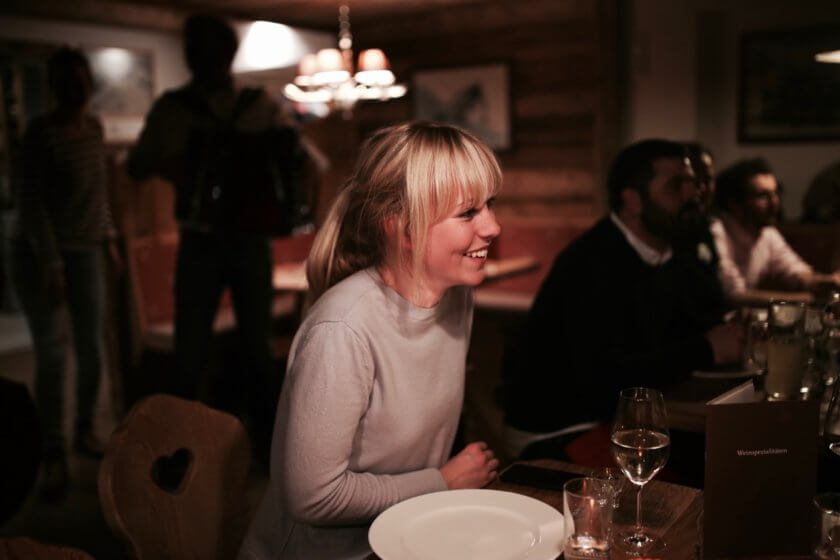 I guess it’s official: The times of only using Airbnb when you’re on a weekend city trip are over.  There are over 500 Airbnb listings in the Zillertal regions who want to be part of a community that gives you warm welcomes, tells you about their favourite local gems and also points you towards the odd lamb if you’re lucky. 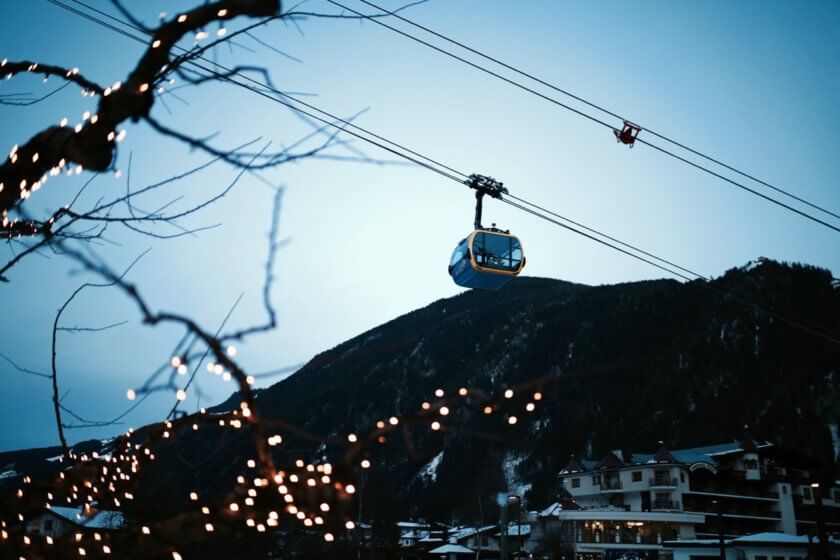 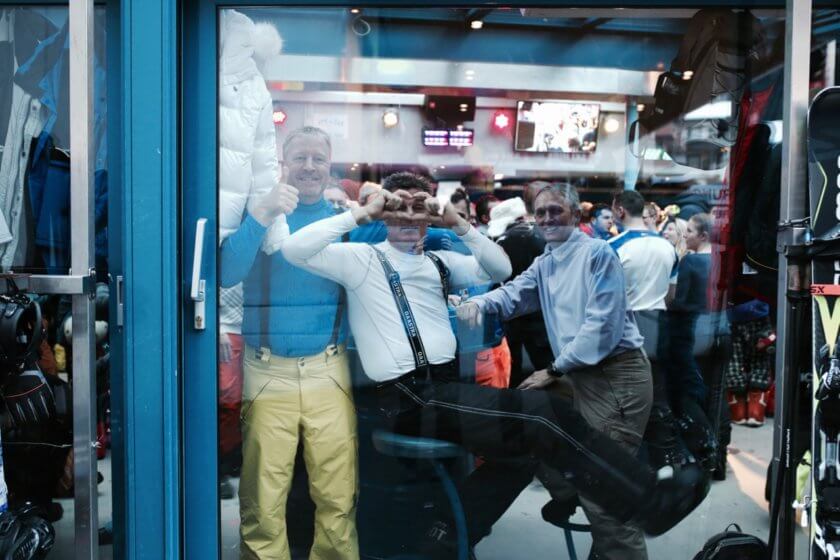 Disclosure: Caroline has been invited on this press trip by Airbnb
and the Zillertal Tourism Board. All opinions are her own.