Pamela shakes my shoulders in rhythm and looks down at my awkward hips as I fail to move them as freely as hers. “Relax,” she says in floaty Spanish. Her black dress flows against the red lights and her waist length hair sways from side to side as she shuffles her feet and dances the Cueca. She’s the classic South American beauty, with swaying hips and olive skin, long black hair and fire in her eyes. Unlike her I’m a little too awkward, a little too boyishly skinny, and at times like this, perhaps a little too British. My hips fail to sway and my feet tap only when I’m told to. I’m clearly not a natural at this. 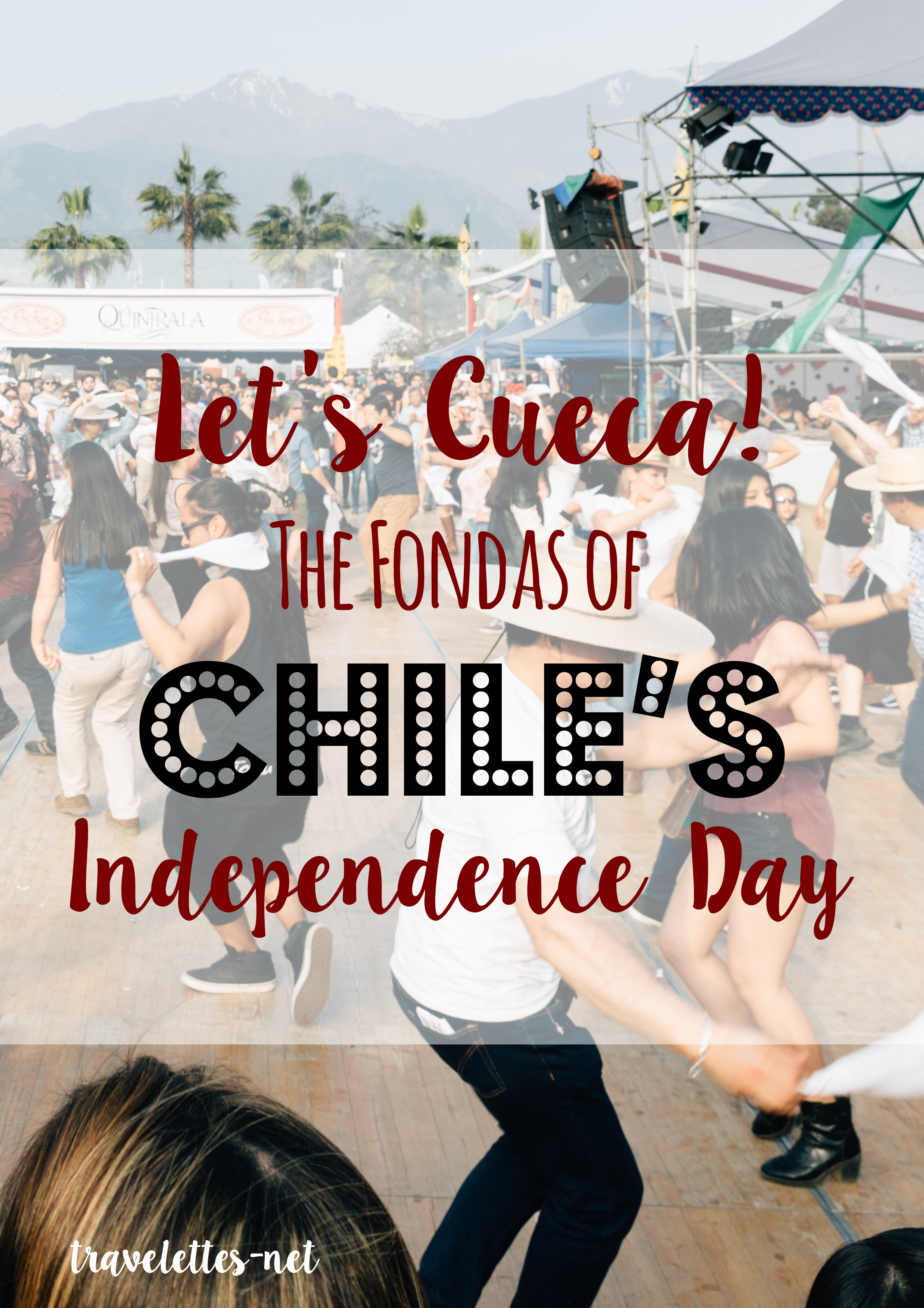 I’m in Santiago, Chile, in a dancehall in a colorful suburb of the sprawling city. The hall is blended with a restaurant, both seemingly unchanged for decades with traditional red tablecloths, cracking woodwork and a menu of classic Chilean dishes. It’s September 17th, and in preparation for the Independence Day celebrations which will kick off in full swing tomorrow, I’m learning to dance the Cueca, the national dance of Chile. I used to be a ballerina, so I come into the class thinking I might not be too bad at this. But the Cueca turns out to be as Latin American as it gets; fluid and sexy, hip shaking and feet tapping. Any sense of first or second position I still have has failed me here; apparently my British bones are not made for this kind of dance. 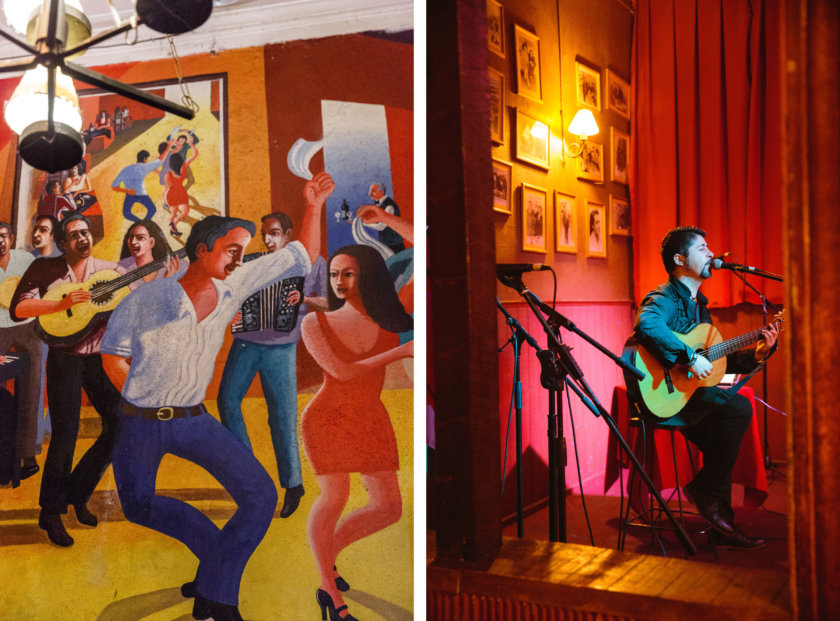 The next day, it’s time to put my Cueca skills to the test as we head out to our first Fonda. It’s September 18th, and in Chile that means the party of the year. Although these celebrations tend to last for around a week, it’s today that they are in full swing, and Santiago’s Fondas are alive and kicking. While the city center is quiet and closed down, locals gather at these roaring events to drink, dance, eat and celebrate with their friends and families. Fondas are at the center of the September 18th celebrations, and you’ll find them in different shapes and sizes up and down the country. Each has a few central points – traditional food and drinks, live music, family games, kite flying and of course Cueca. But each also has its own unique atmosphere, from the huge, showcasing celebrations in Santiago city center, to the smaller and more homegrown festivities in the city’s suburbs such as the local delight in the town of Buin. 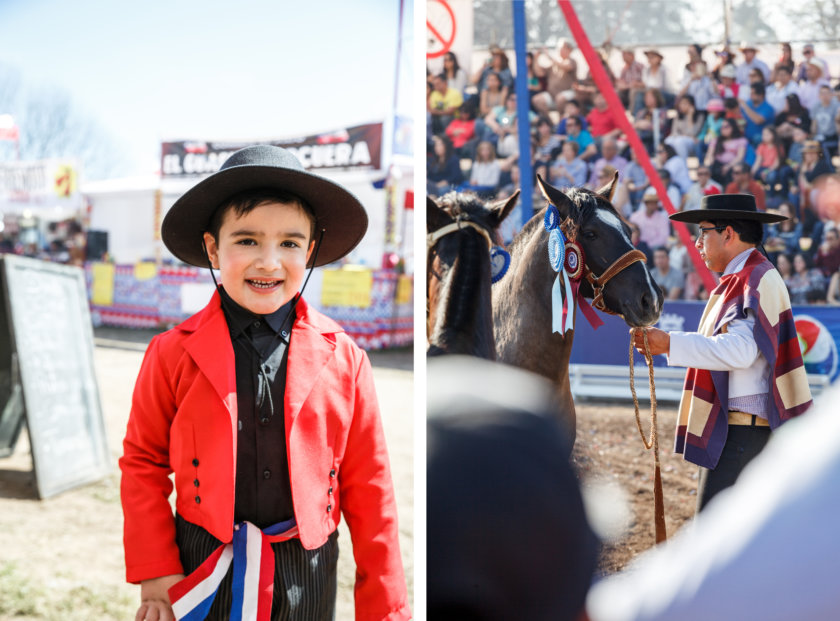 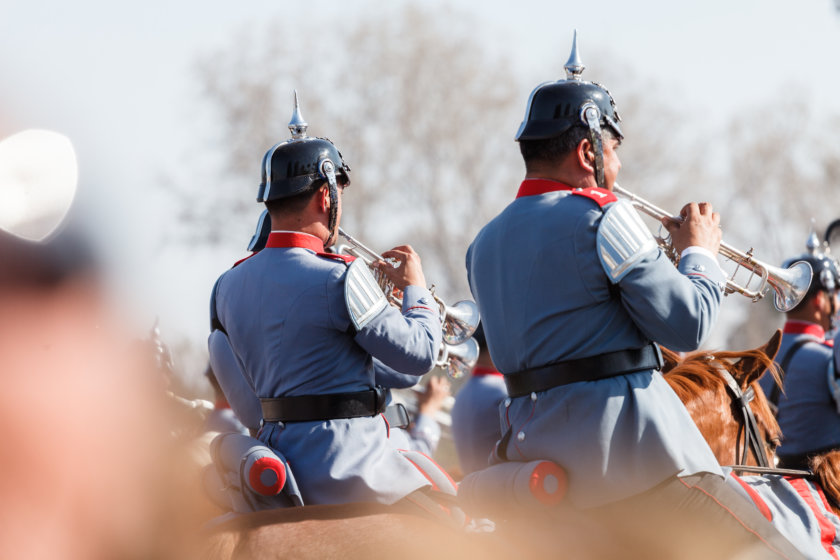 Eat, Drink and be merry

Food and drink are a central part of every Fonda, and it’s here that modern cuisines are held off for some traditional treats. Barbecues are smoking everywhere, serving grilled meat on huge sticks. Another popular choice is an Empanada, a pastry traditionally stuffed with meat, though it’s also possible to find different fillings including vegetarian friendly options. French fries are served with everything, although you’ll be lucky to spot a fresh vegetable at any food seller – meat and carbs are the main offerings here, and the Chileans seem to relish in the opportunity to forget their guilt for a few days and delve into traditional Fonda foods. For a sweeter tooth, you’ll find stalls selling churros (sometimes stuffed with chocolate), candy floss, and local lemon meringue tarts. 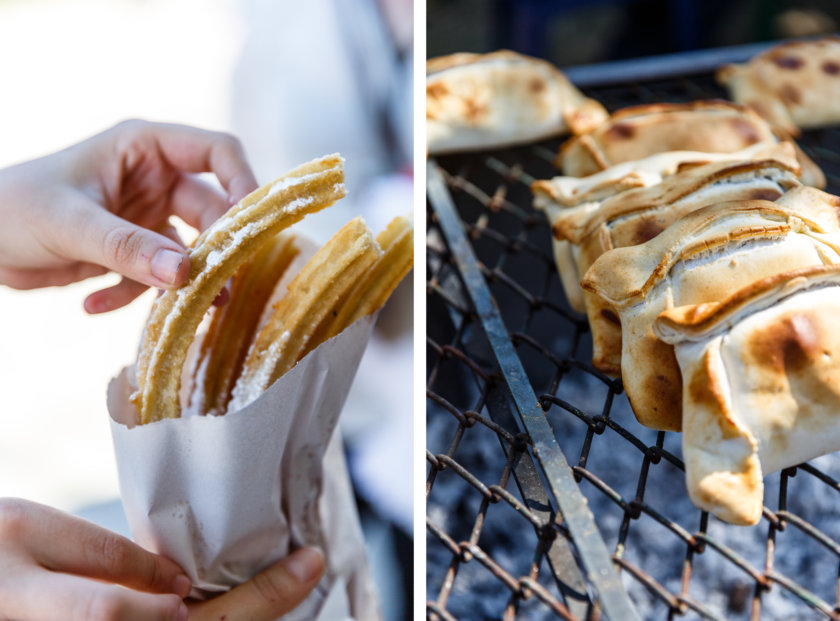 But it’s the drinks that really rocked my senses. I start off with a Terremoto, one of the most popular drinks at any Fonda. The drink, which translates to ‘earthquake’ consists of a pint of cheap white wine, sugar syrup and scoops of pineapple ice cream. It’s sweet and creamy – and finish the whole thing in a hurry and you’ll understand why they called it an earthquake. And, as the Chileans say, watch out for the Tsunami the next day.

Another popular drink – perhaps one which will leave you feeling a little fresher – is a combination of corn, dried peaches and sugary peach juice – it’s known as a Mote con Huesillo and despite the strangeness of that combination, is actually quite delicious. If you’re looking for something a little more familiar, try a beer (just watch for the added salt around the rim), or a Pisco sour, another traditional Chilean drink fused with lemon juice, egg whites and Pisco. 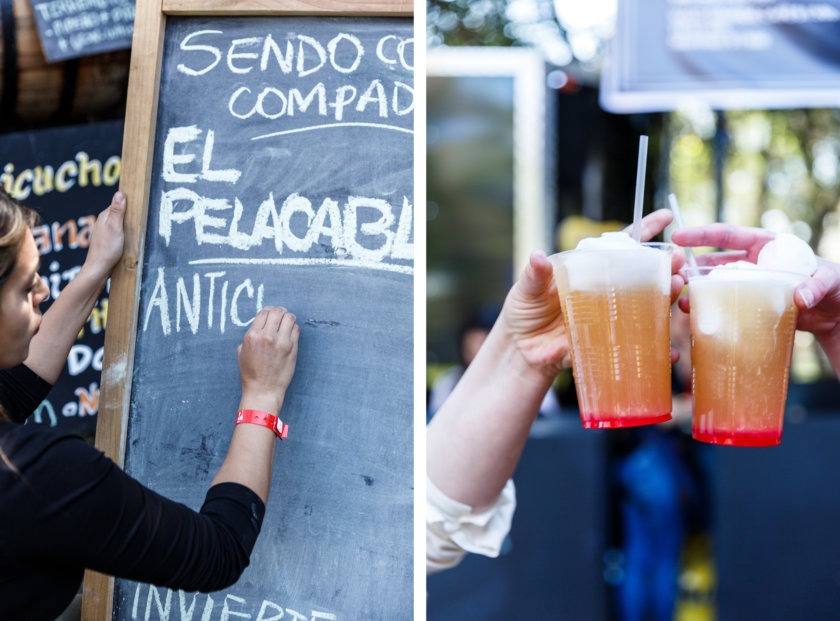 After filling our bellies with churros and Terremotos, it’s time to play. Each Fonda has a variety of games and events to keep you occupied all day. In a busy Santiago suburb, we find a huge sprawling field showcasing horse jumping and parading. In a quieter local edition, we sit down to play traditional bingo with popcorn as counters. Others play table football or ride ferris wheels or merry-go-rounds. It’s a kids paradise, and armed with a drink, one for the adults too. 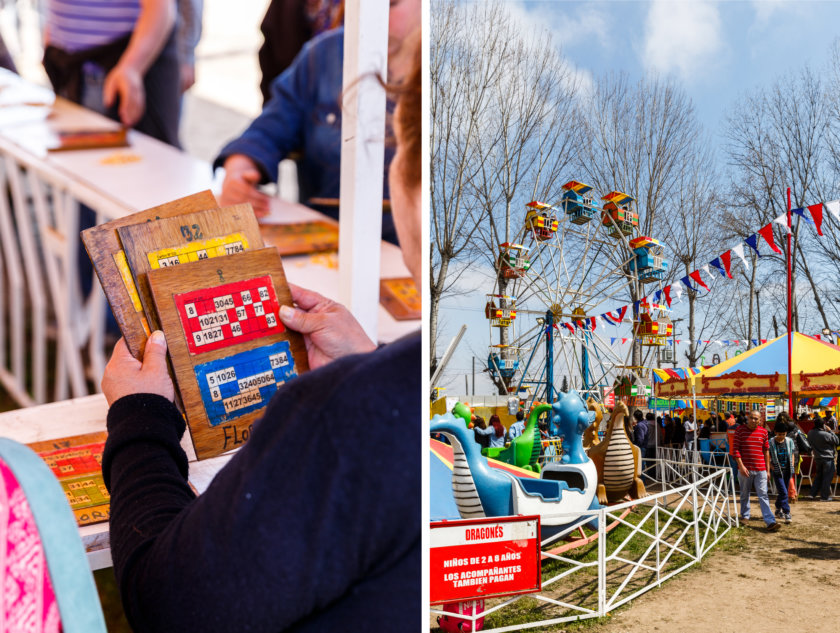 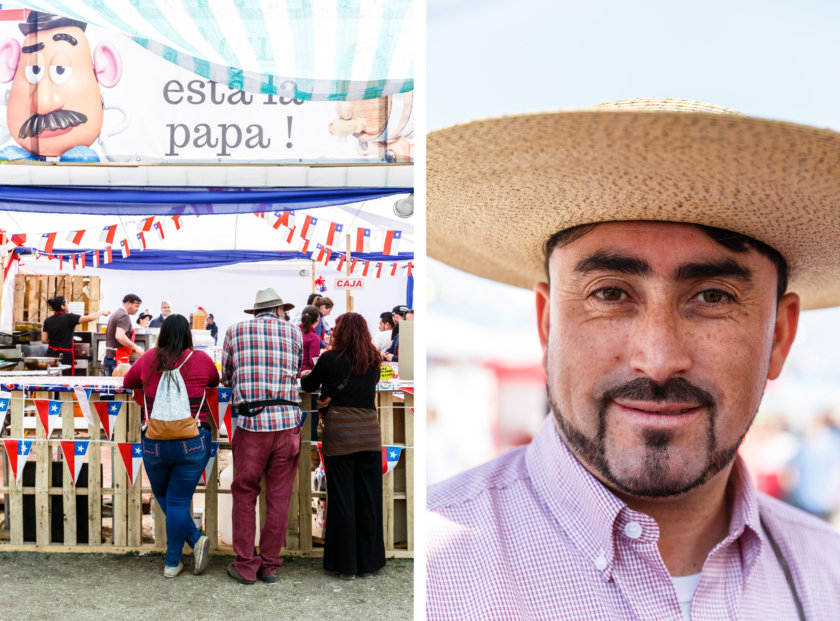 Of course, no Fonda is complete without a Cueca dance, and I follow the rhythm of stamping footsteps to find it. From Fonda to Fonda, this is what stays the same – as locals gather in make-shift dance halls, sway their hips, find a partner and Cueca the night away.

After a few days of Fonda’s, perhaps it’s time for me to step up and put my dance moves learned in that old Santiago dancehall to the test. Everyone here, young and old, big and small has a handkerchief in hand and the Cueca rhythm running through their bones. Celebration is in the air, the drinks are flowing and the band are raucous and alive. I think back to my dance class, and picture Pamela’s stomping feet, and feel the swaying of my hips, just as she taught me. But as I step up, that awkward Britishness gets the better of me. Perhaps instead, it’s time for another Terremoto.

Info: Chilean Independence Day takes place on September 18th every year. Fondas are scattered around the country, with at least one in just about every town. If you’re lucky enough to be in the country during this time, it’s a fantastic way to catch a unique glimpse of local culture.

In Santiago, one of the biggest and most accessible happens in O’Higgins Park. If you want to find a more authentic local atmosphere, head to Buin, a small town on the outskirts of the city. 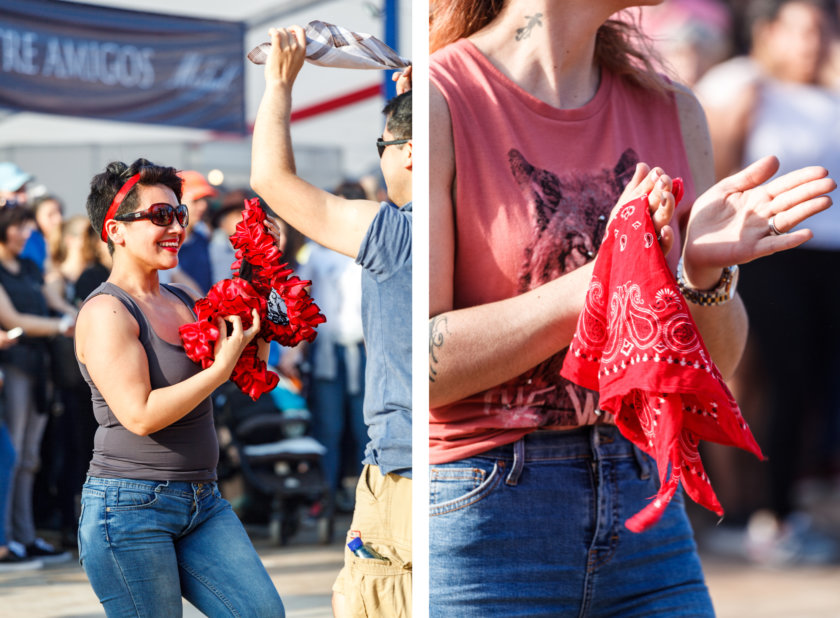 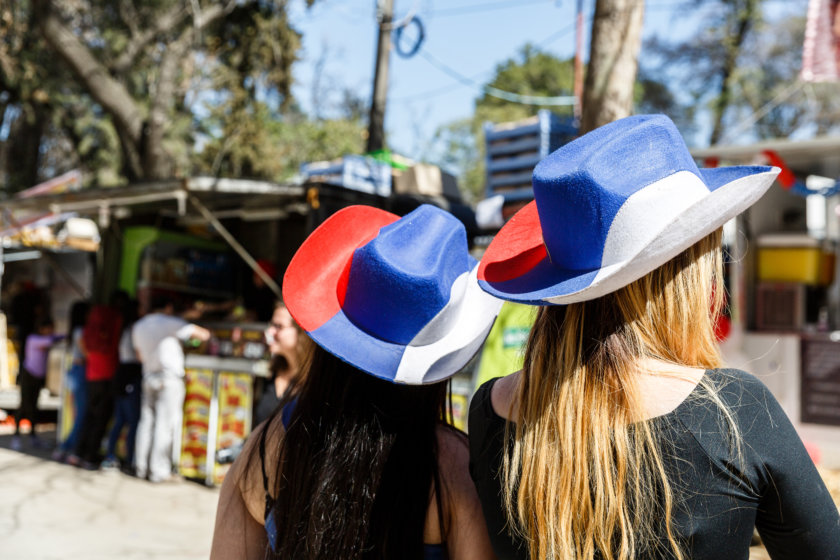 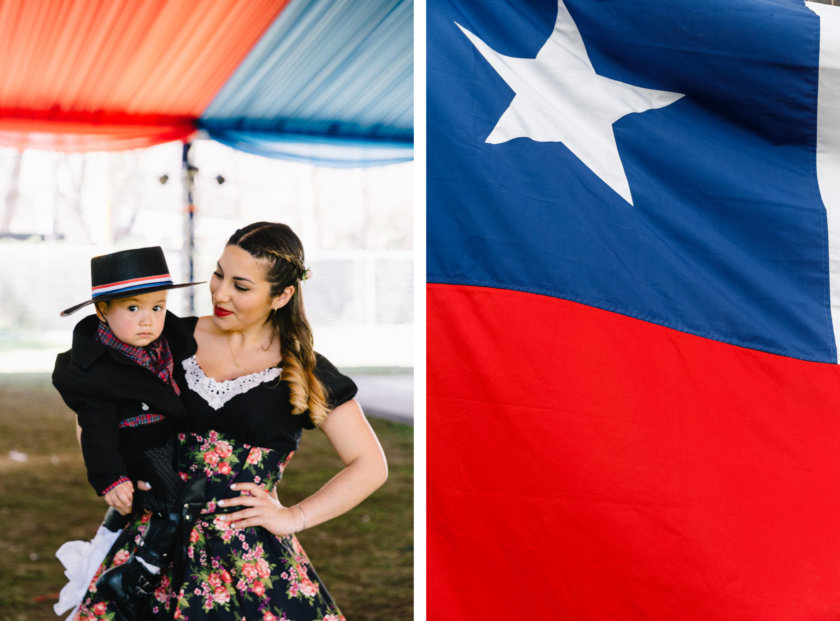 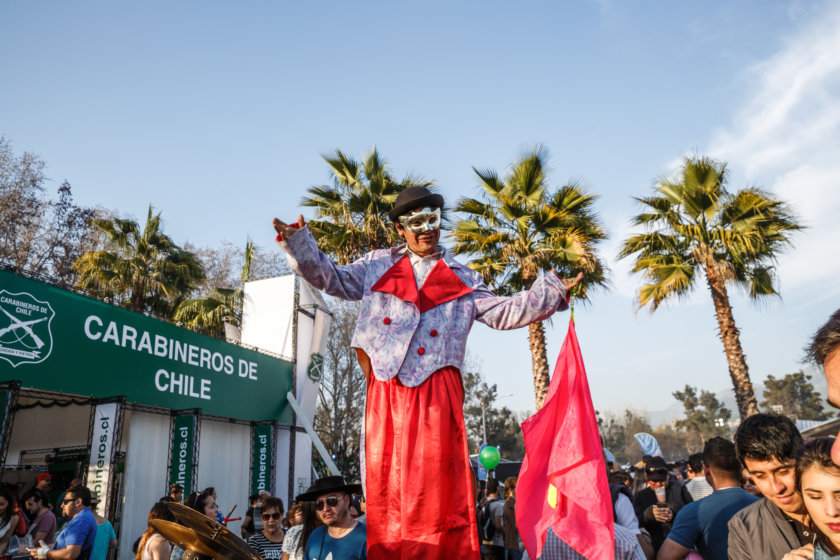 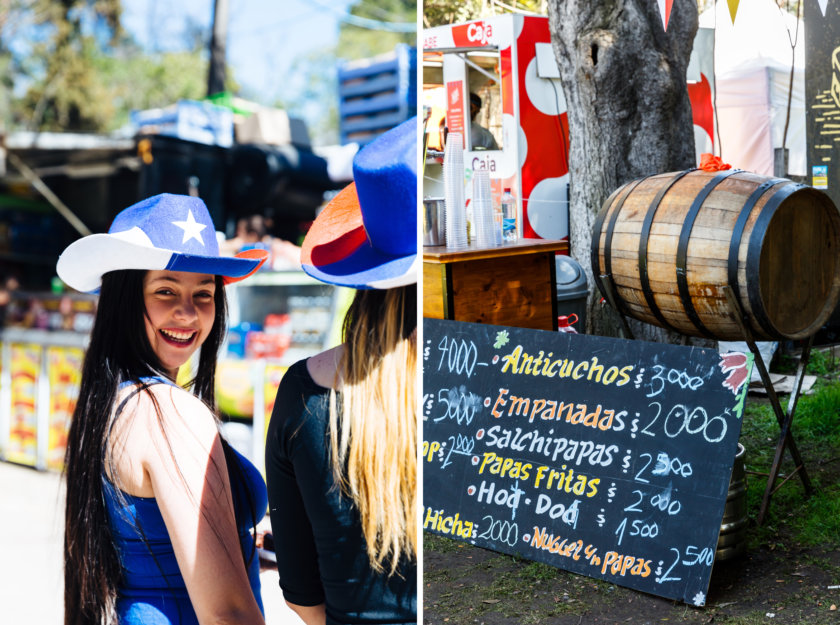 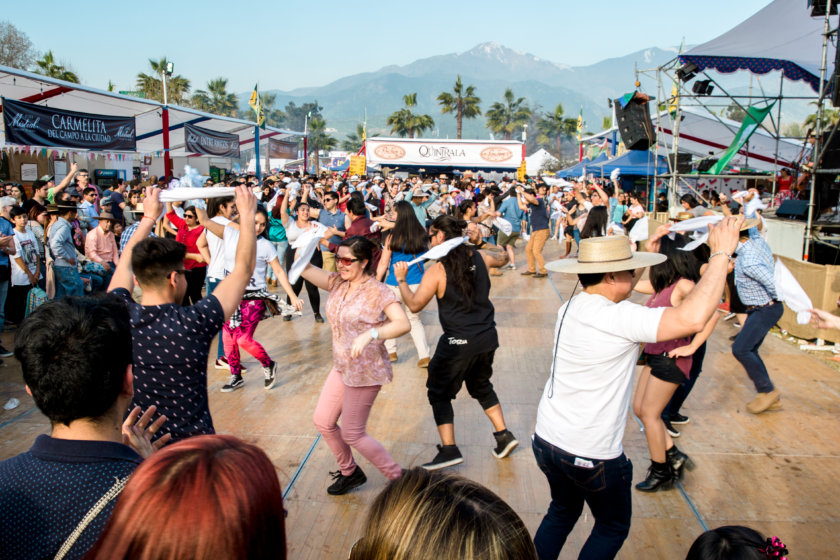 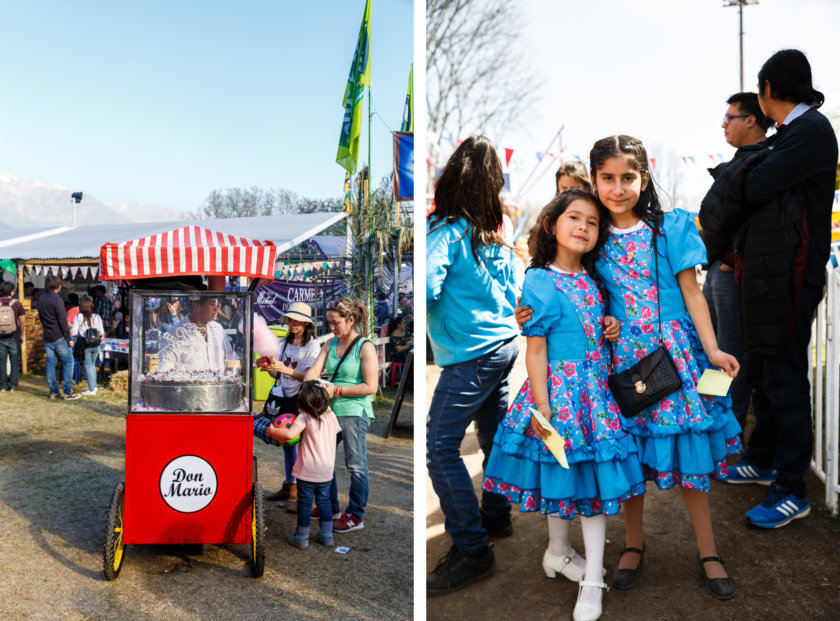 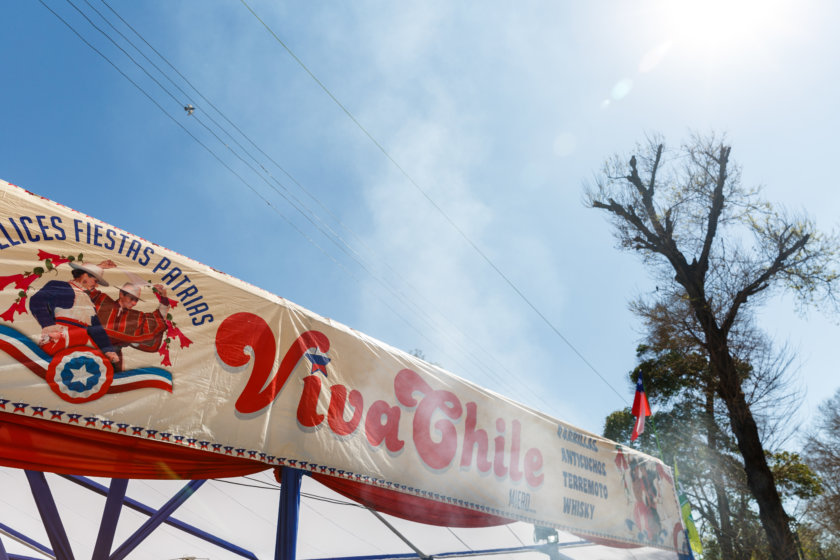 Thanks so much to for hosting me in for my stay in Chile during the Independence Day Celebrations.