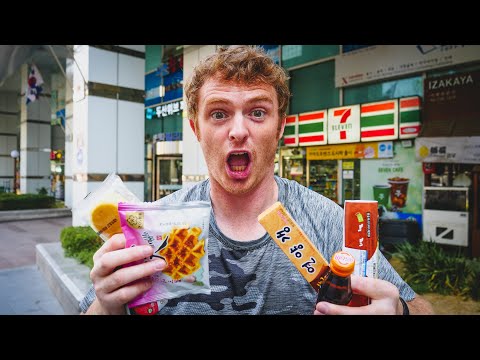 Come join us for a Korean Convenience Store $10 breakfast challenge at 7 Eleven just outside of our hotel in Seoul, Korea. At current exchange $10 USD is 12,000 Korean Won and so I headed inside the 7-11 determined to grab as many Korean food items as possible for breakfast without going over. All in all it ended up coming to 11,800 Won so roughly 15 cents wasn’t spent.

In terms of what we had for our Korean breakfast from Seven Elevent we got the following food items:

I should quickly mention this is anything but a traditional Korean breakfast which would normally consist of a soybean paste soup, rice and side dishes. This is more of contemporary on the go Korean breakfast.

Have you tried breakfast in Korea before or food from 7-11? What did you have? Let us know in the comments below.

A special thanks to KTO for making this trip possible.