Located in the Kolonaki neighborhood in central Athens, Greece, this contemporary apartment was designed in 2012 by People. 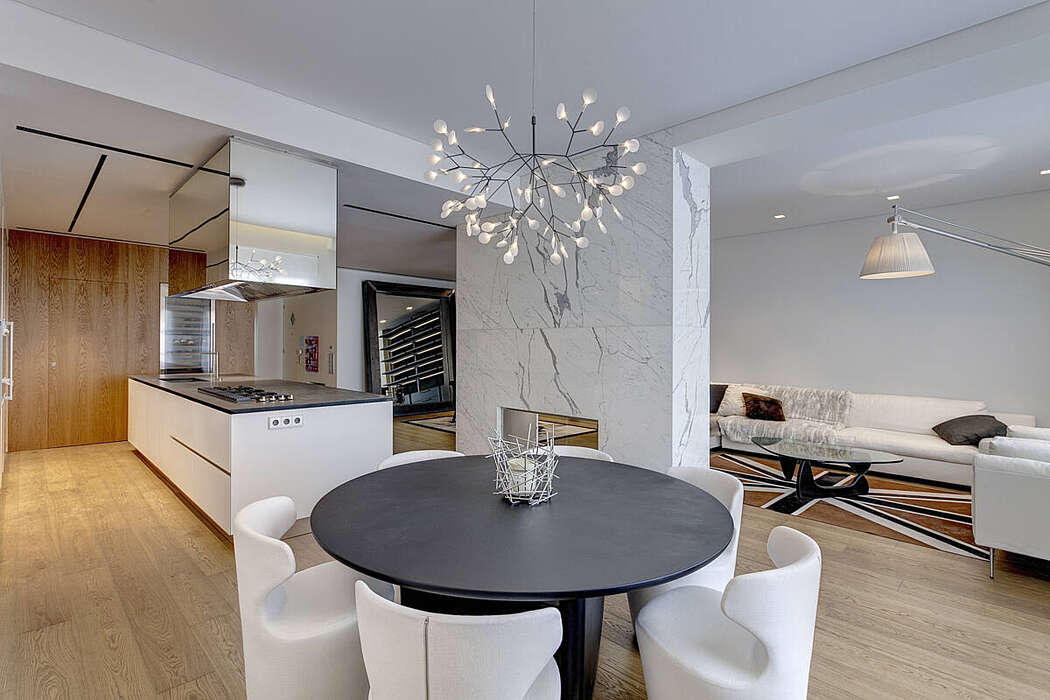 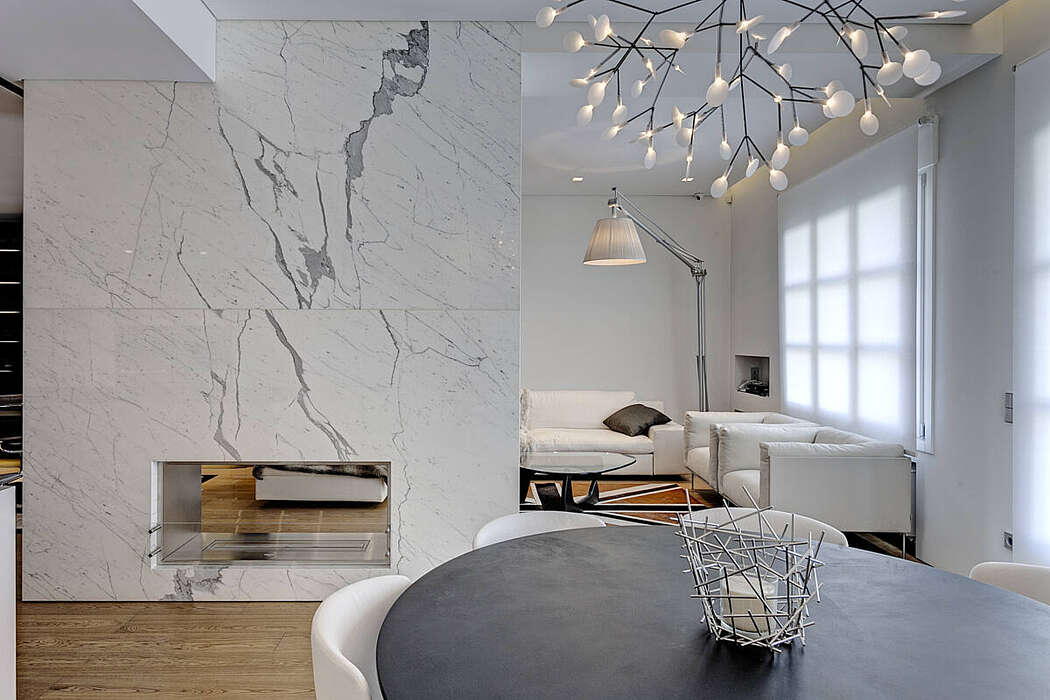 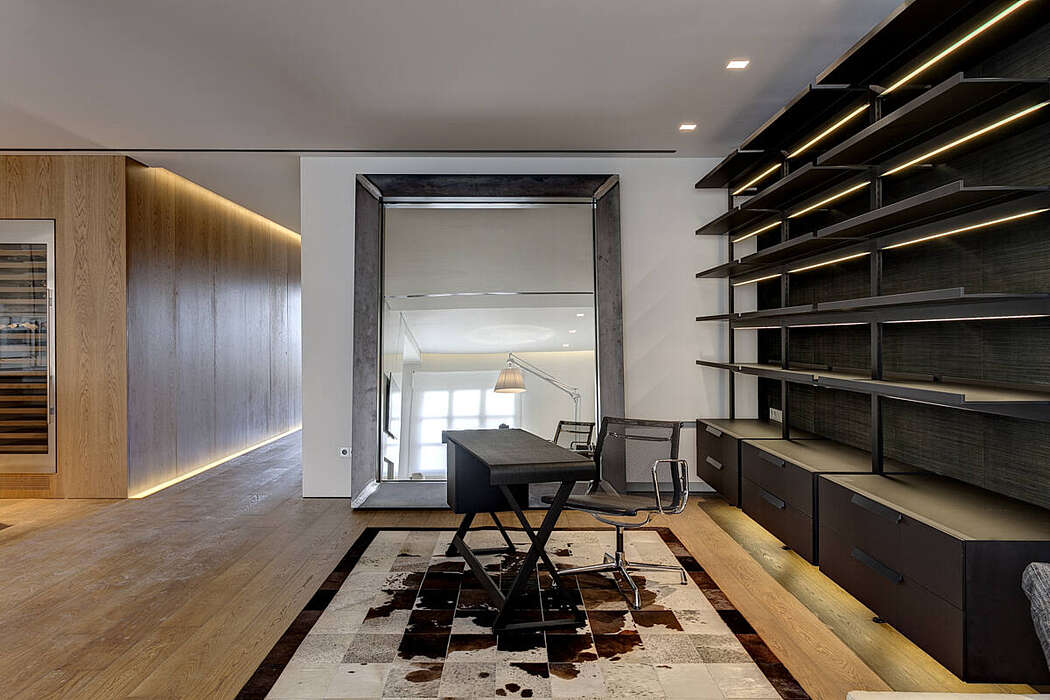 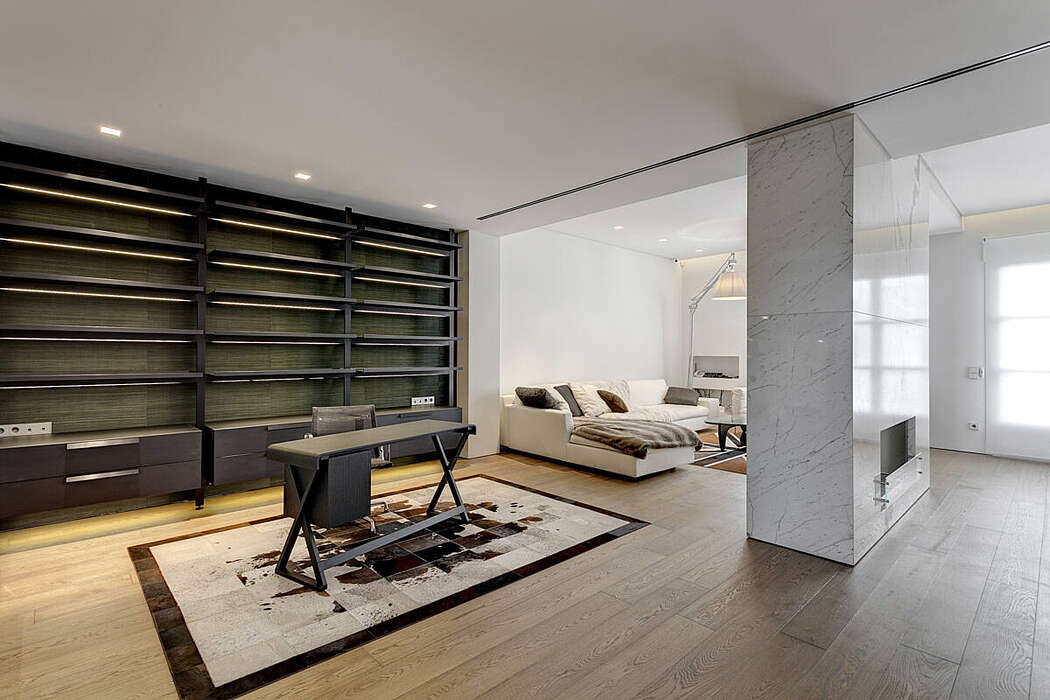 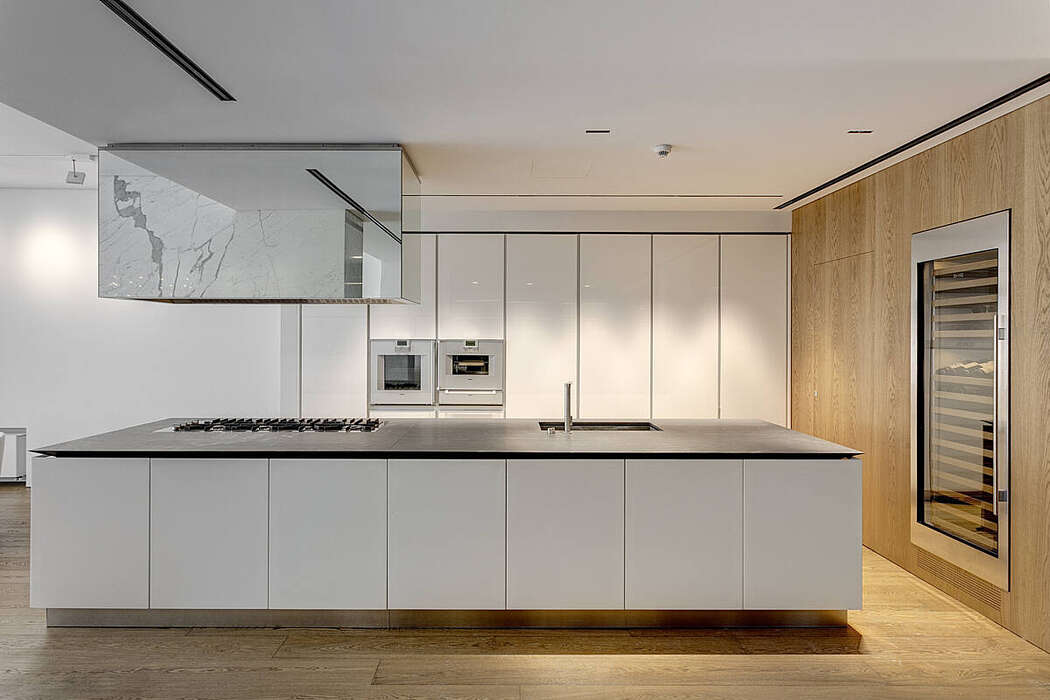 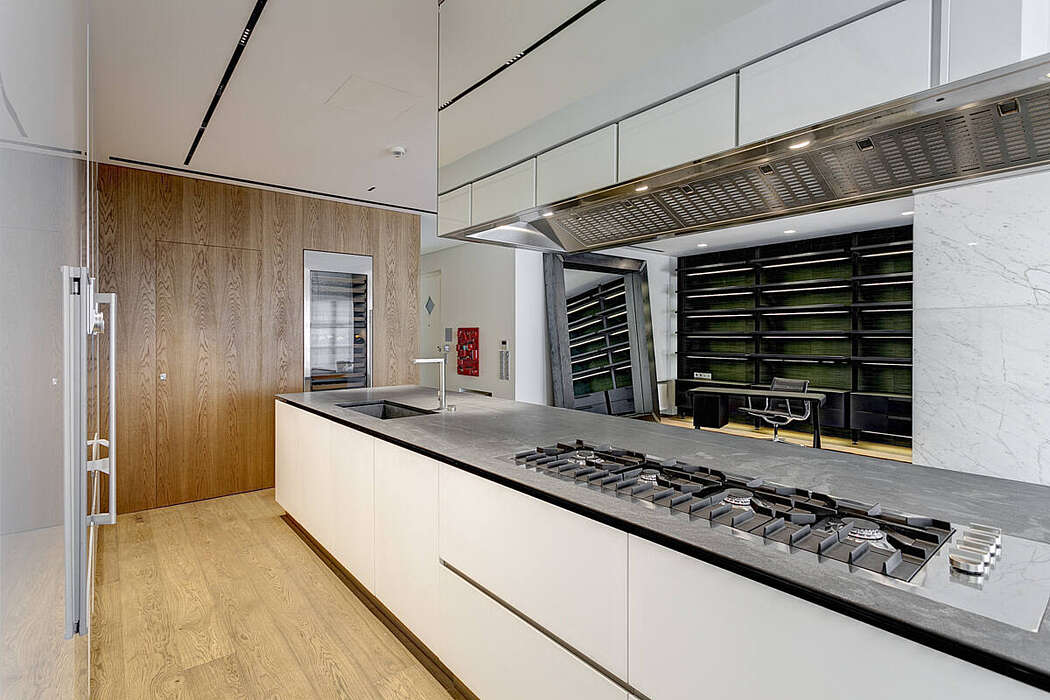 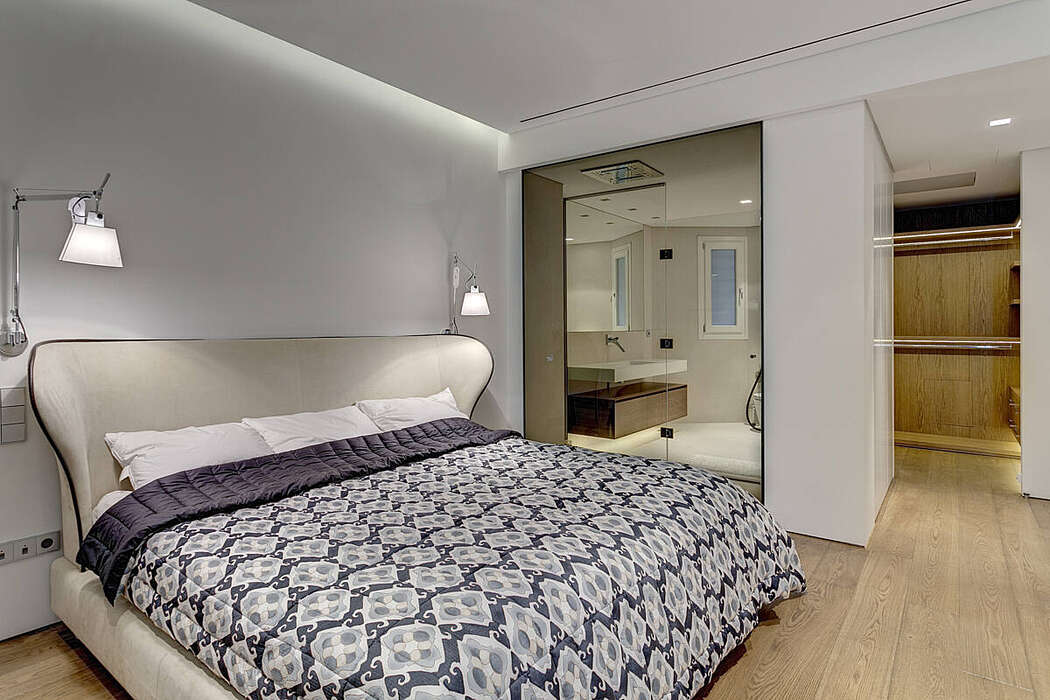 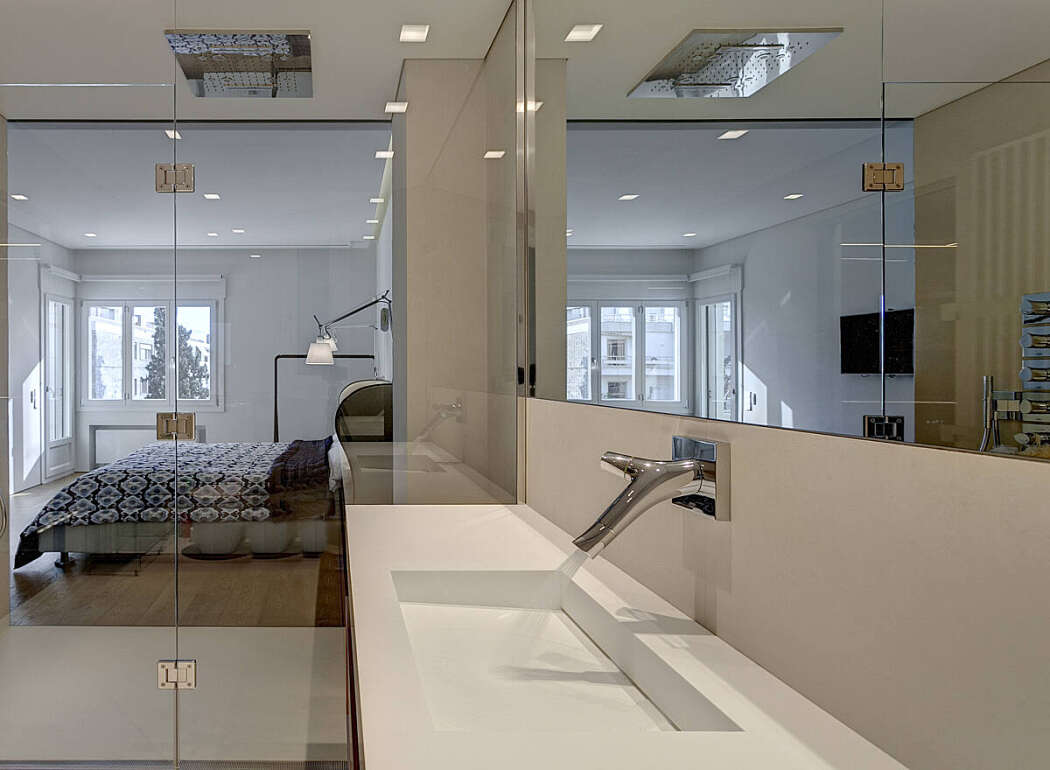 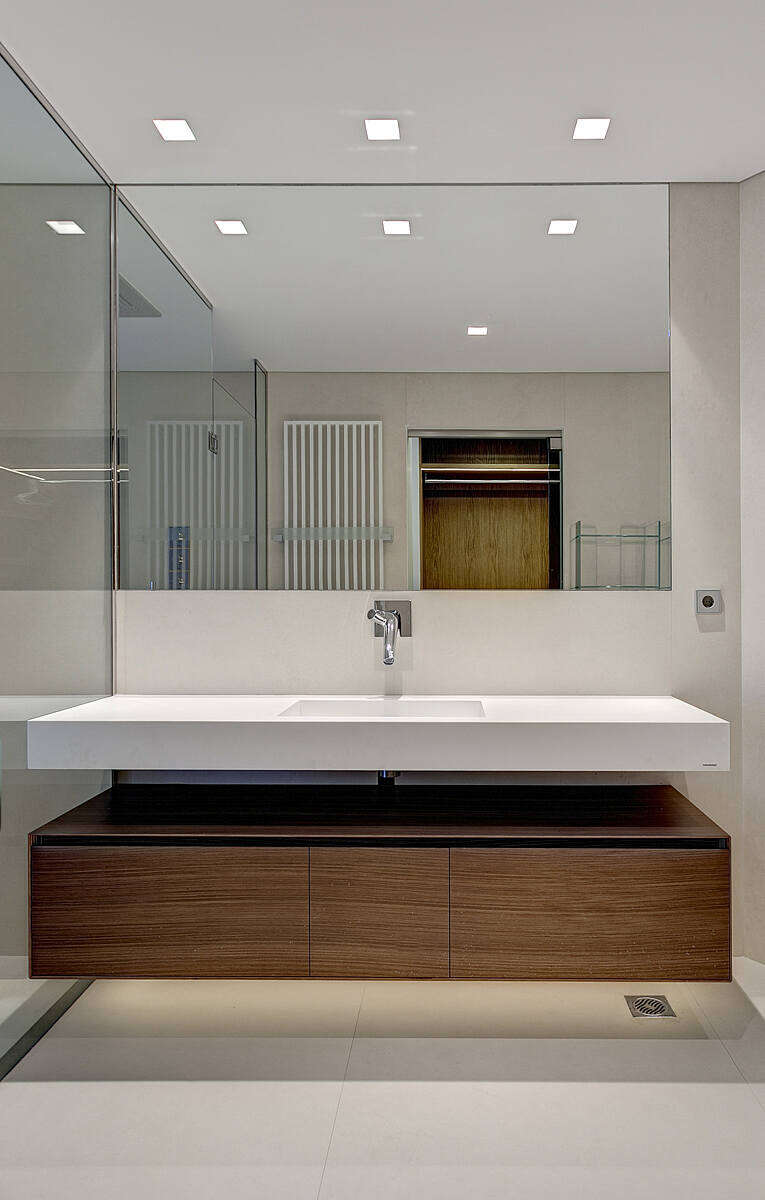 Located close to the central square of Kolonaki, this apartment sits on the fourth floor of a building which dates back to the interwar period. Its size and shape are typical of the architecture from that period. Despite the innate brightness of the apartment, its oblong corridor risked remaining fairly dark. To counter that, two elegant light paths were created along the corridor which trace the route from the living spaces to the private bedrooms.

Whereas once it was divided into four separate rooms, the front section of the apartment was re-envisioned as a single large and open area.

Walls were reshaped to widen the space and unite the living room, dining room and office areas, and to extend space in the kitchen. The largest of the three bedrooms has a private bathroom and an open landscaped space that functions as a dressing room.