JCA House is a wooden located in Trancoso, Brazil, designed in 2013 by . 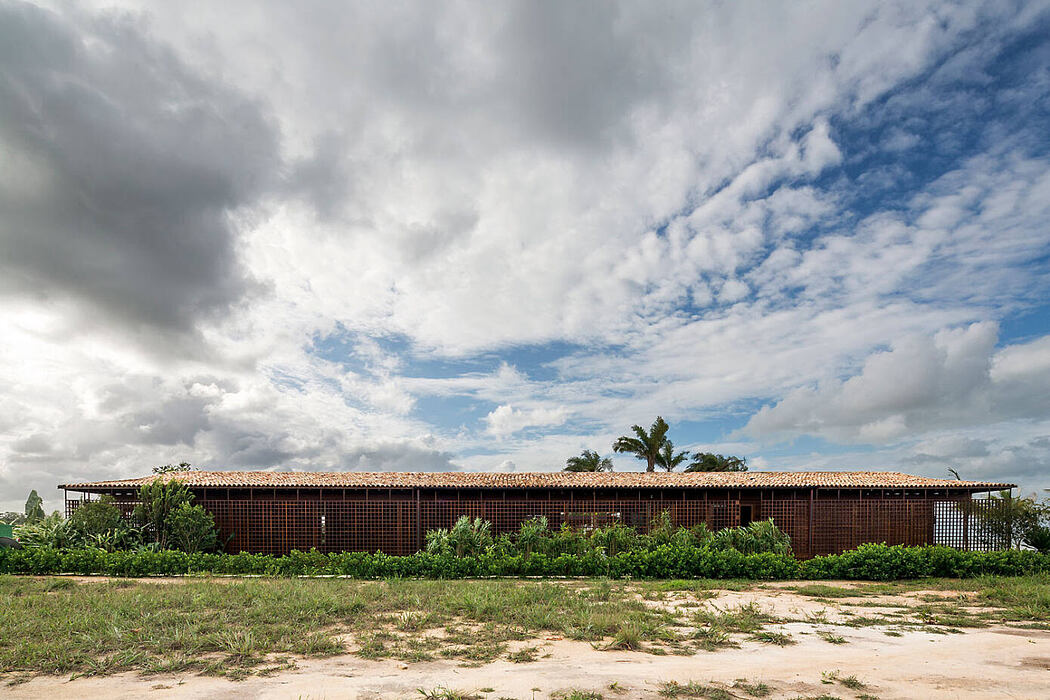 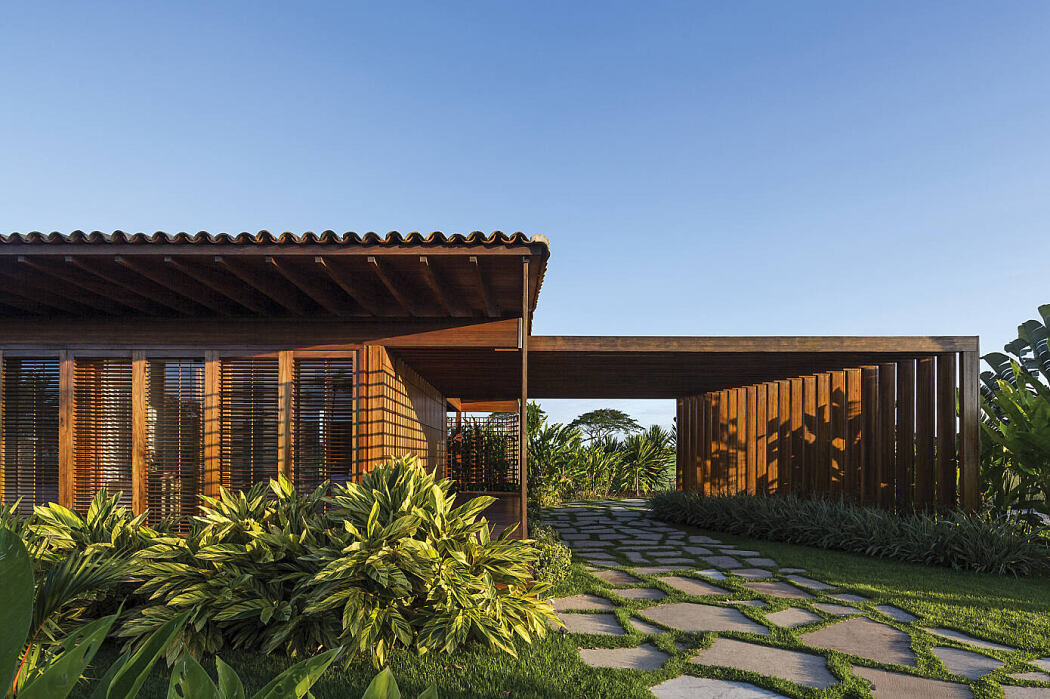 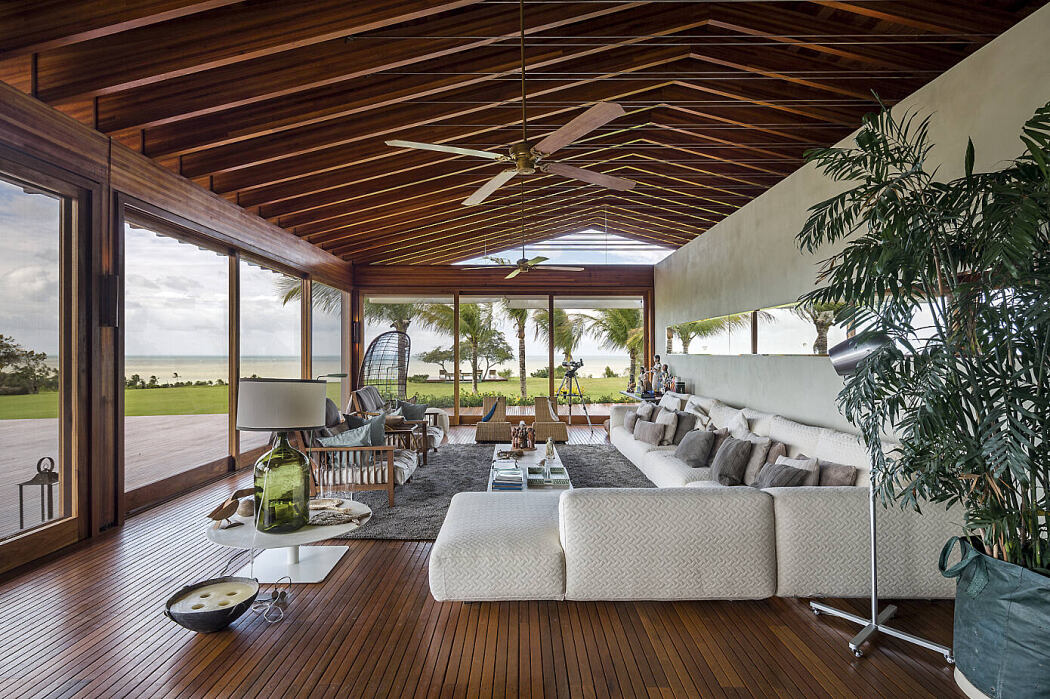 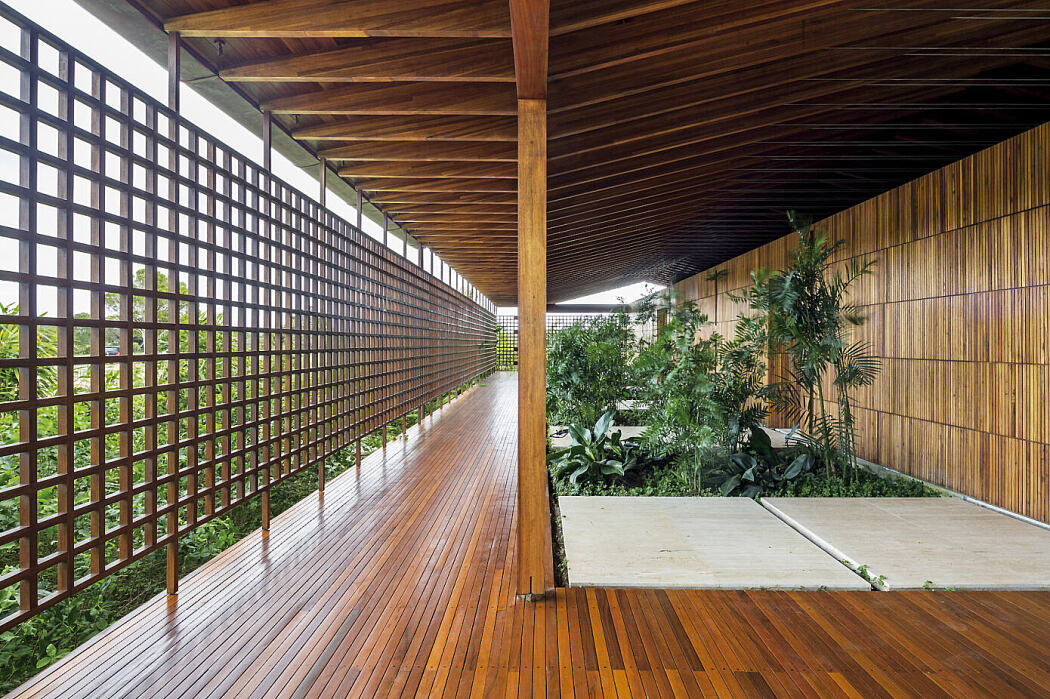 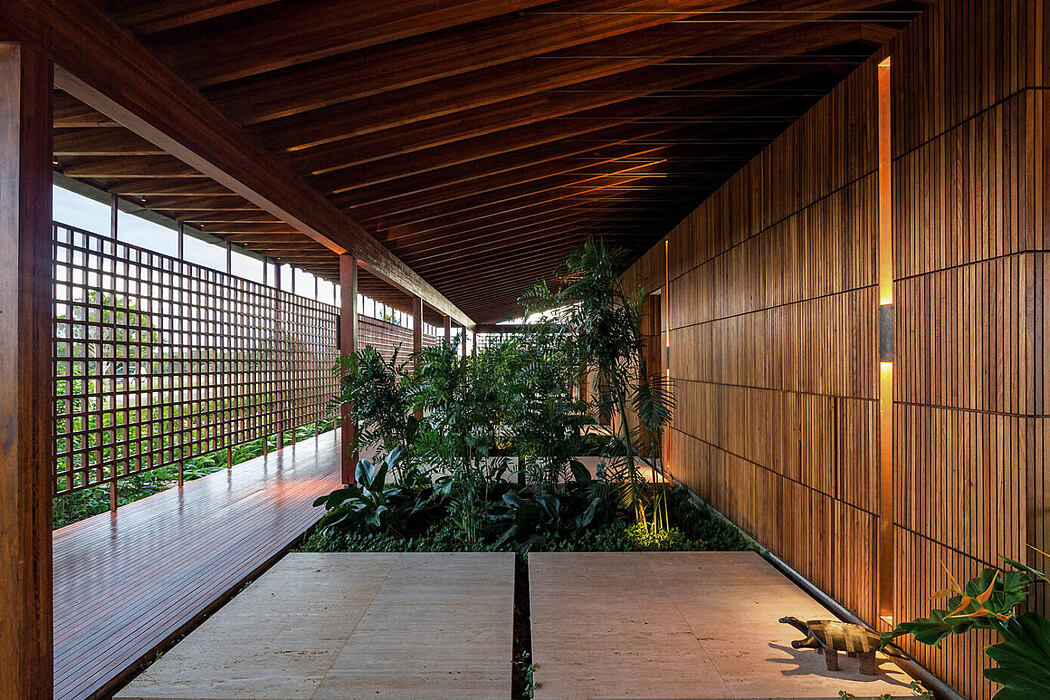 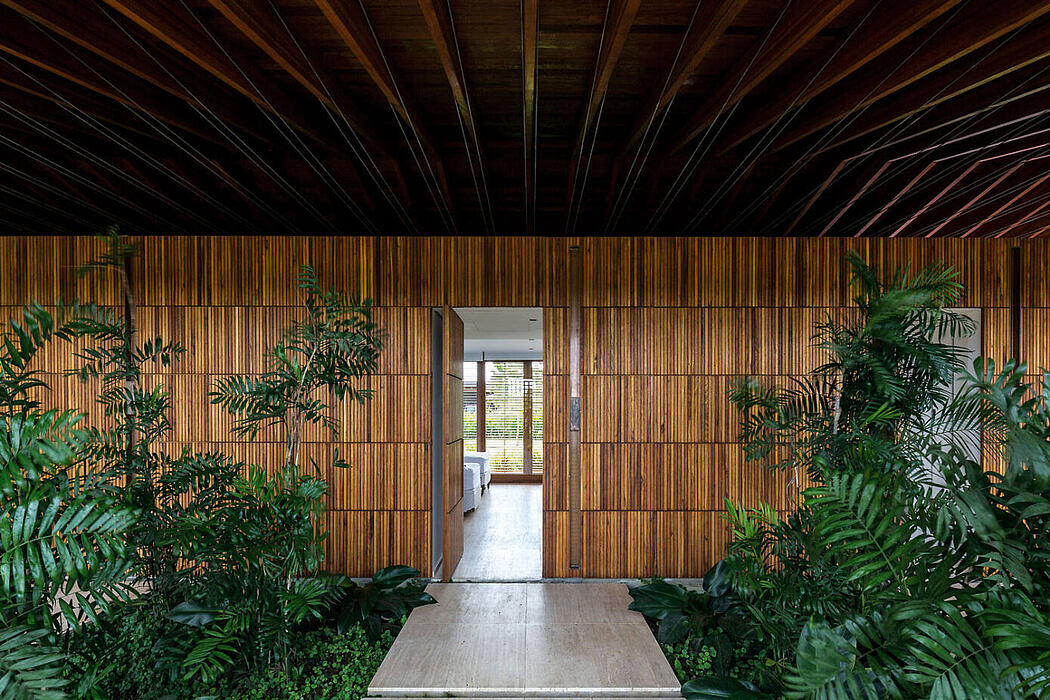 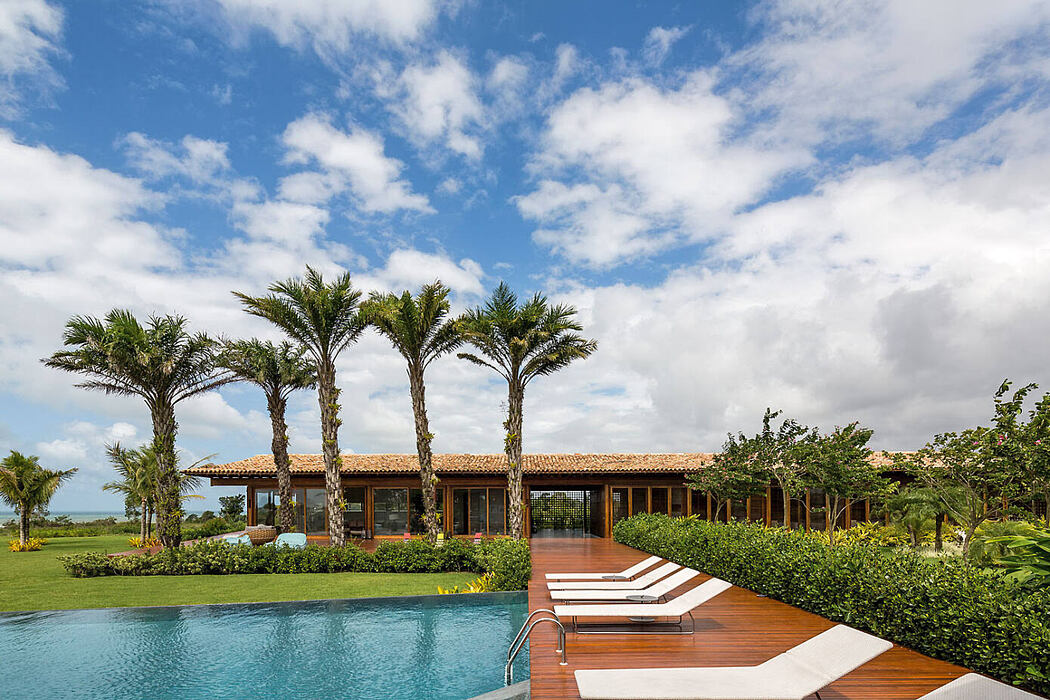 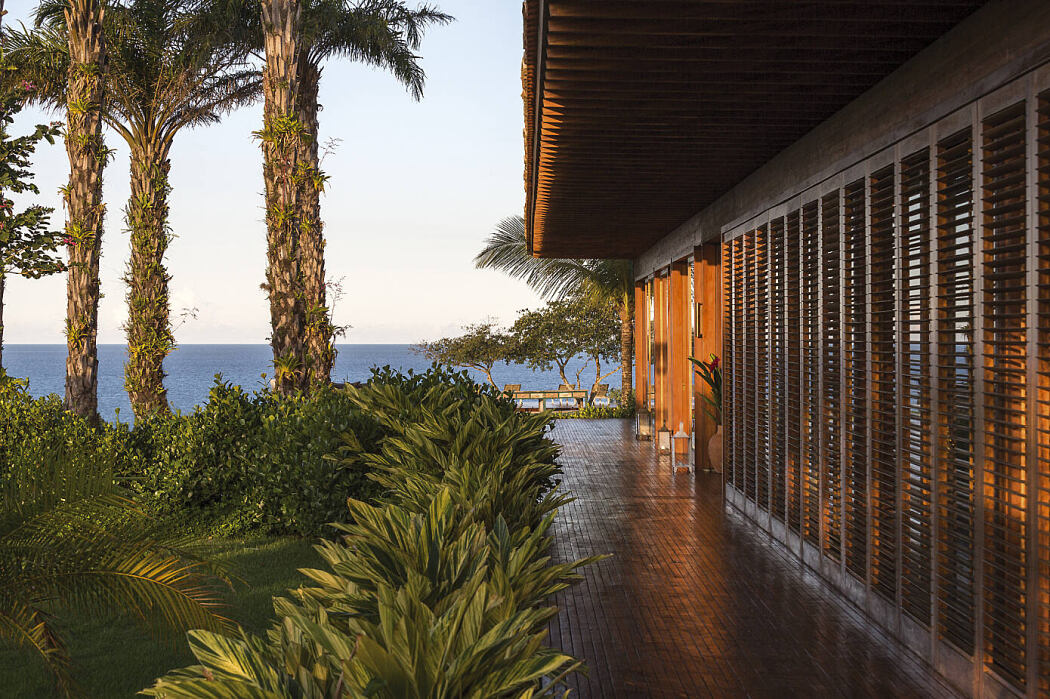 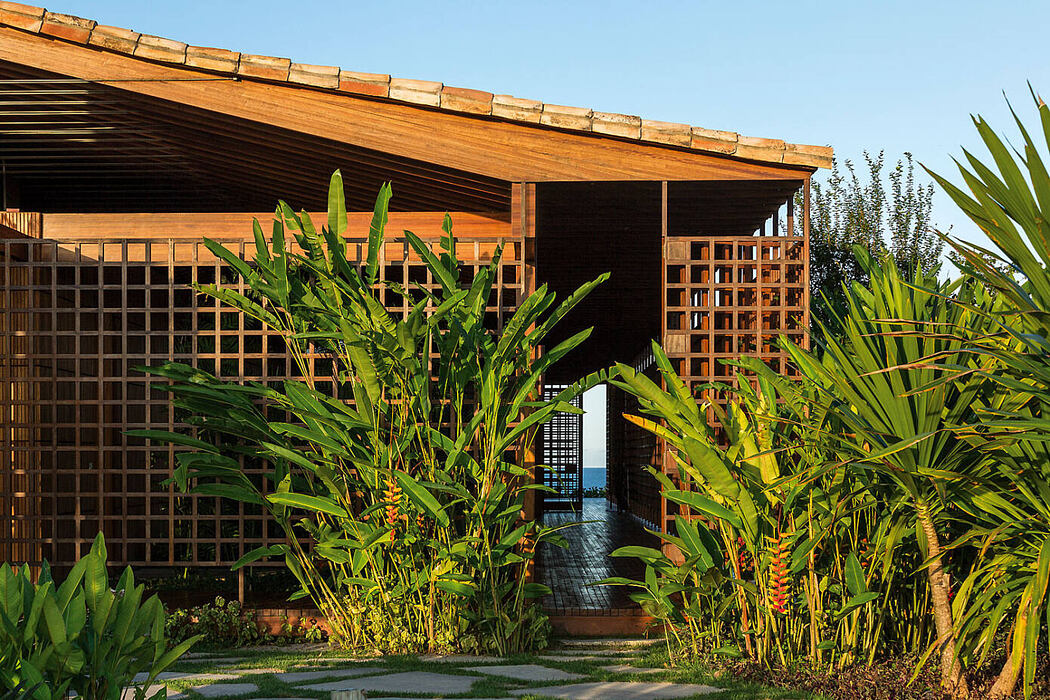 JCA House is a summer residence in Bahia, which would also be used with some frequency during other seasons of the year. A house to walk around barefoot, with a contemporary spatial organization without losing the regional essence.

The house is built on a large wooden platform raised from the ground. On it, two independent volumes receive part of the program: in the smaller block are located the master suite, kitchen, pantry and toilet; in the largest block, five suites. A large gable roof and a rectangular projection unifies the volumes and create new spaces with large ceilings that give way to the living and dining rooms in addition to the circulation galleries. In the basement are located other service rooms and an intimate room with home theater. The large wooden deck connects the house to the pool and to the leisure and coexistence annex located at the other end of the land.

The house takes place on only one floor, avoiding further interference in the landscape. The large Cumaru wooden platform releases the house from the land, which contributes to reducing the effects of humidity. The project also has cross ventilation systems due to the breadth of spaces and openings.

We prioritize the integration between exterior and interior through design decisions such as: continuity of the floor from the exterior to the interior; permeability of the closings – an element hollowed out in the style of a wooden cobogó along the facade of the entire circulation gallery that has the function of filtering the solar lighting at the same time that it generates privacy and allows cross ventilation; frames with shutters in the rooms; glass planes guaranteeing transparency and possibilities of total openings in the common area; creation of internal gardens in the accesses to the suites.

On the other hand, contemporary solutions evoke regional and traditional ambiences and imaginations: the gable roof with clay tiles in contrast to the bold wooden structure; the volumes of the independent blocks of the roof and the resulting free spaces conform to the common areas with a direct relationship with the exterior, valuing the spatiality of the balcony, or with an indirect relationship, as is the case with the circulation gallery, protected by the Brazilian architectural element cobogó (in this case reinterpreted through a wooden weave).