This inspiring apartment located in Sao Paulo, Brazil, was designed in 2017 by Diego Revollo Arquitetura. 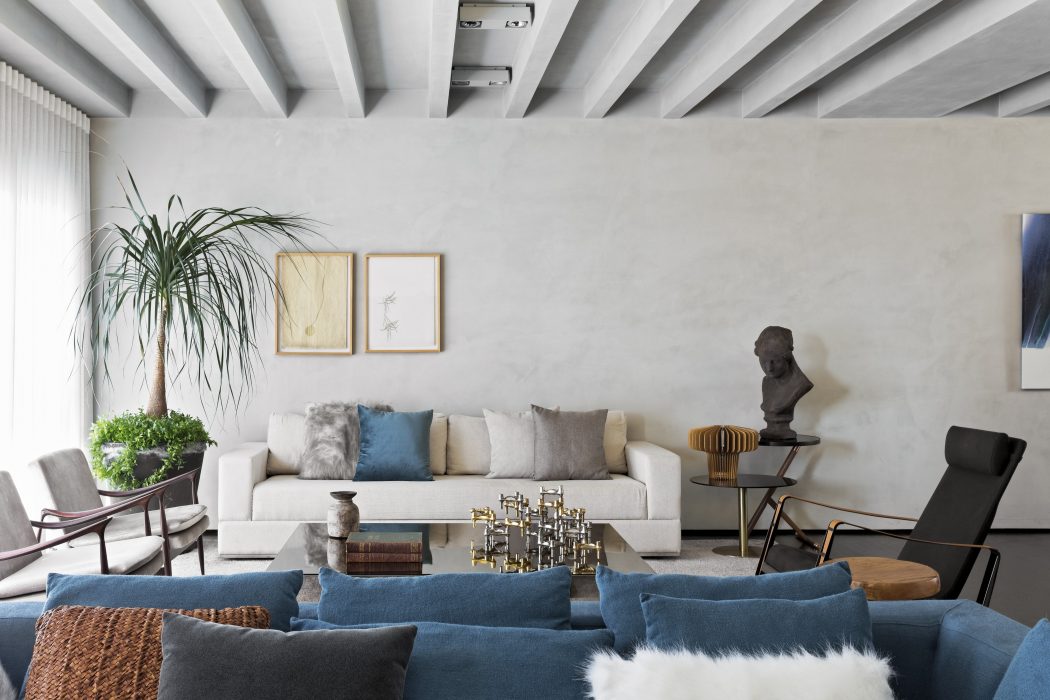 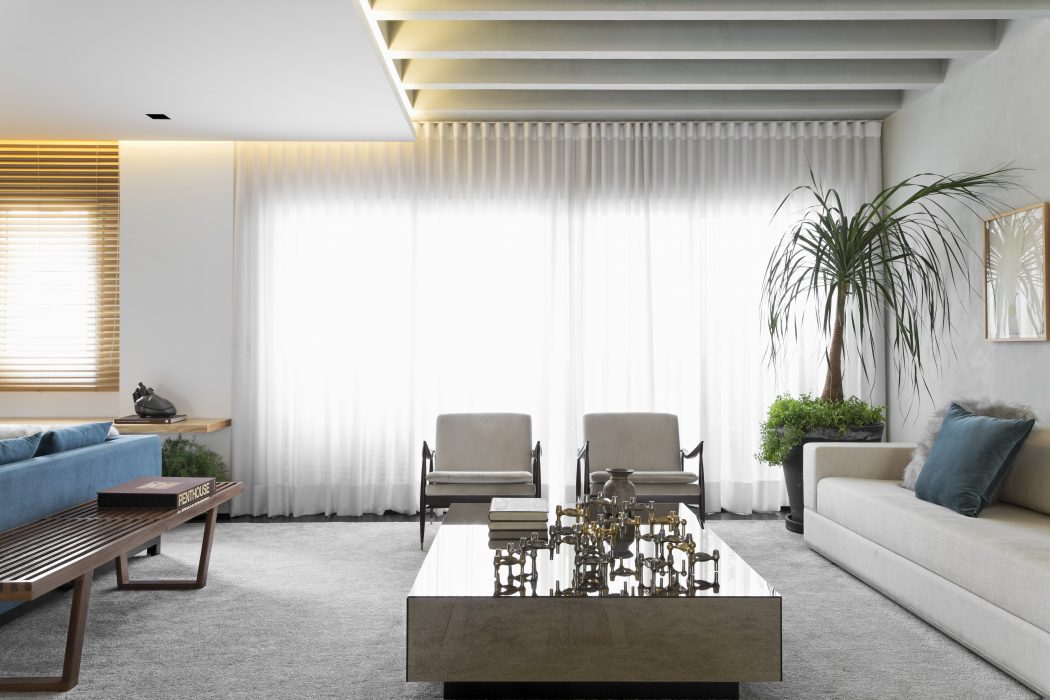 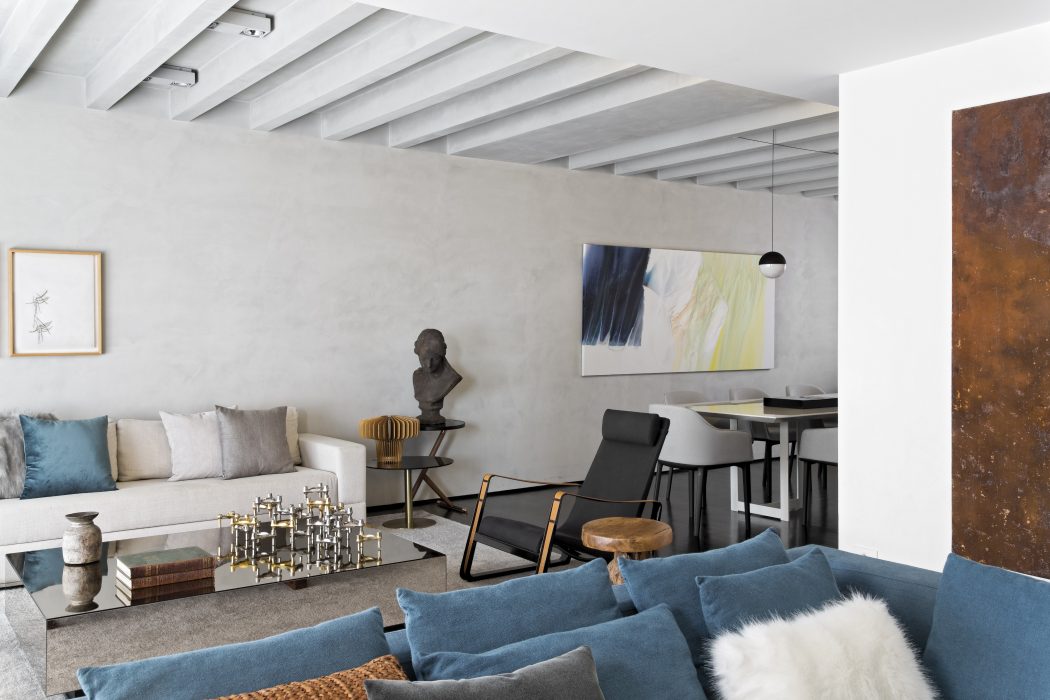 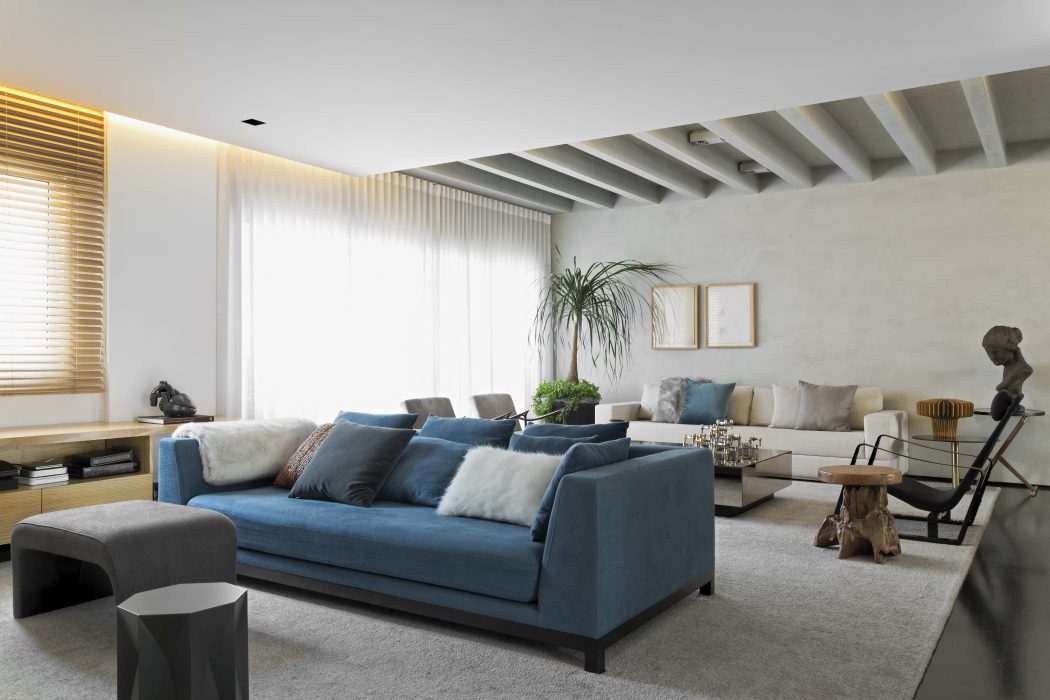 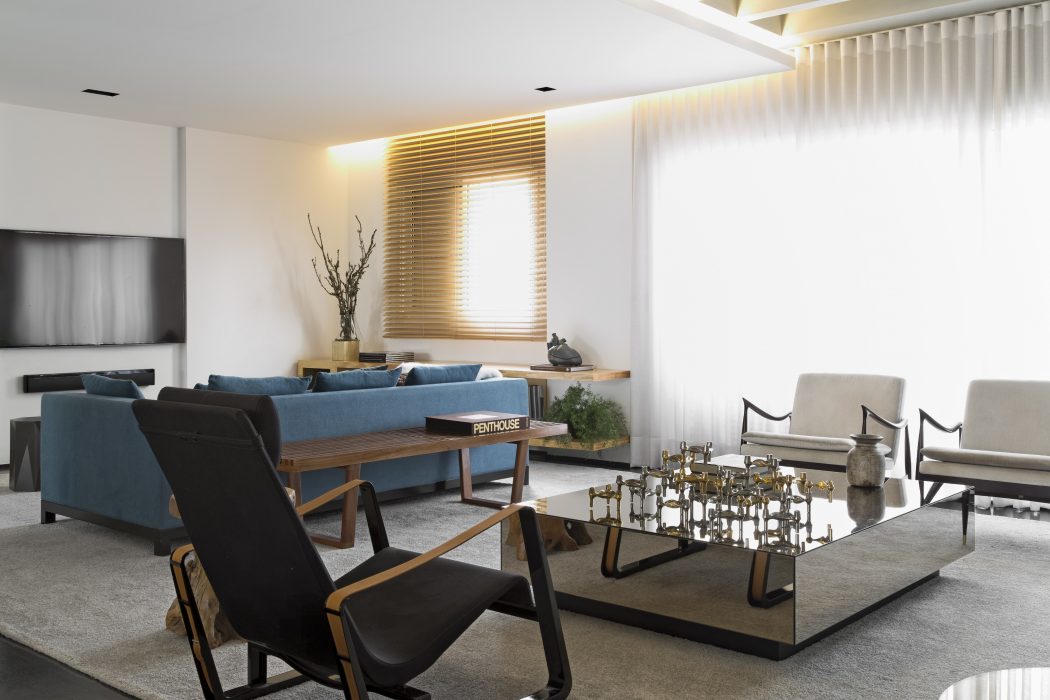 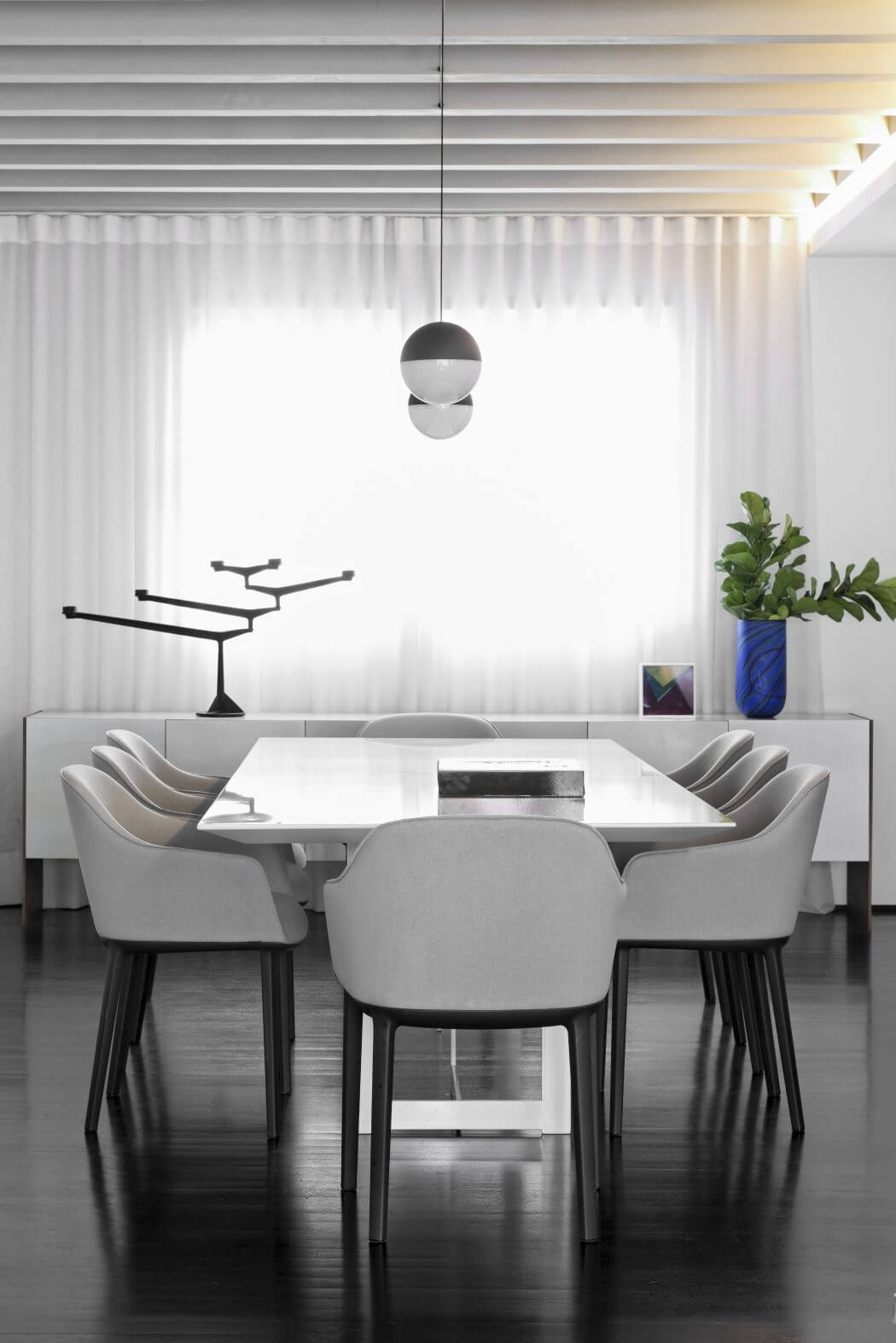 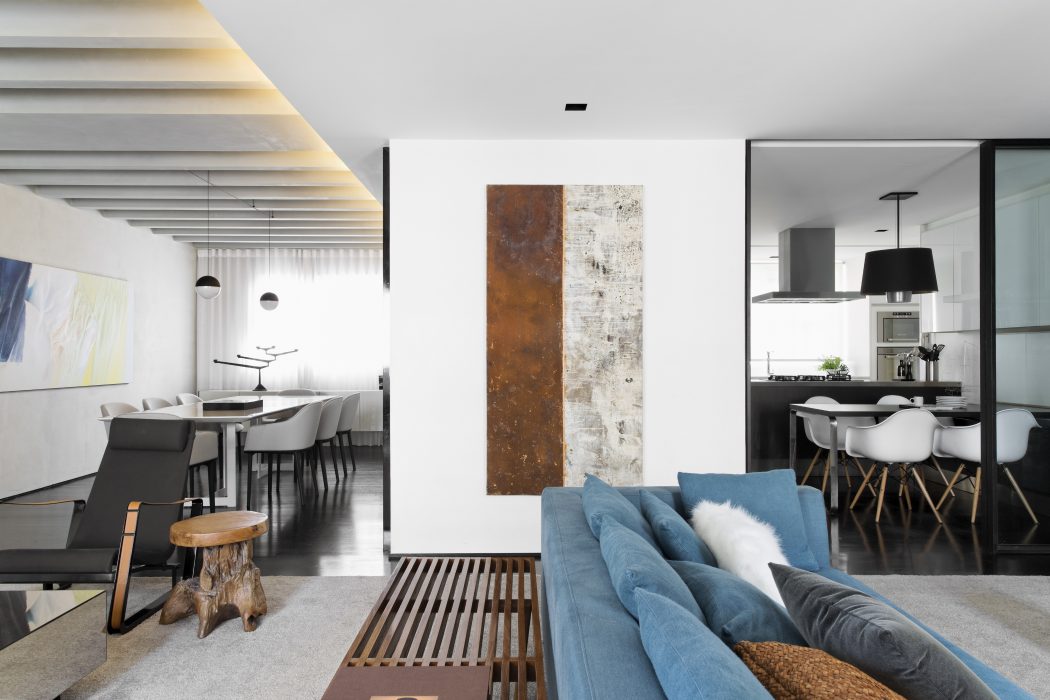 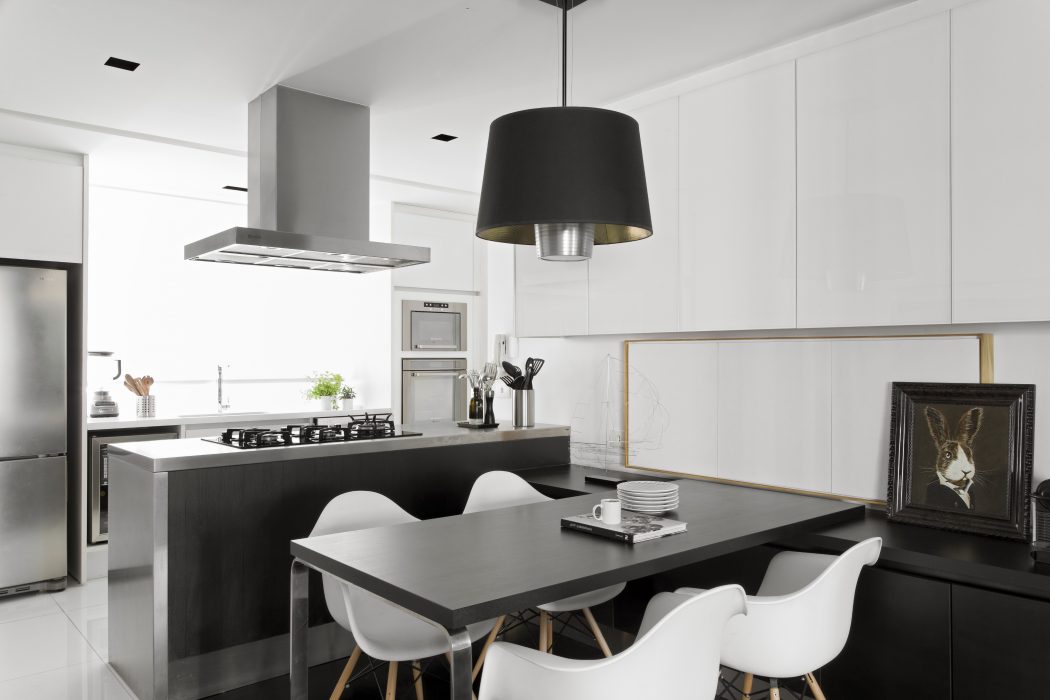 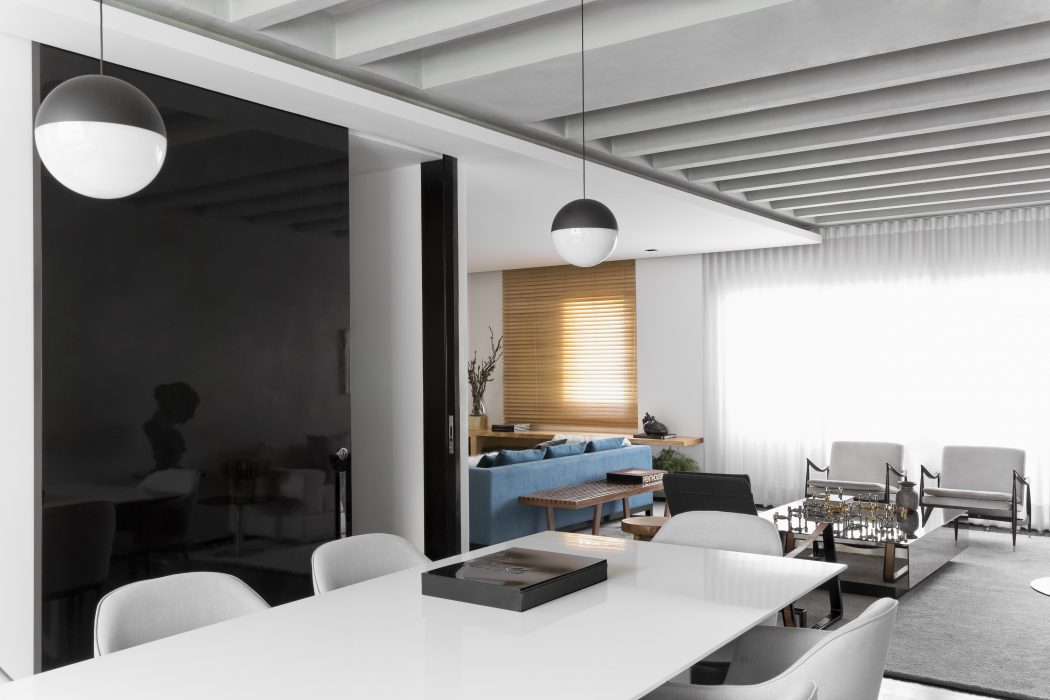 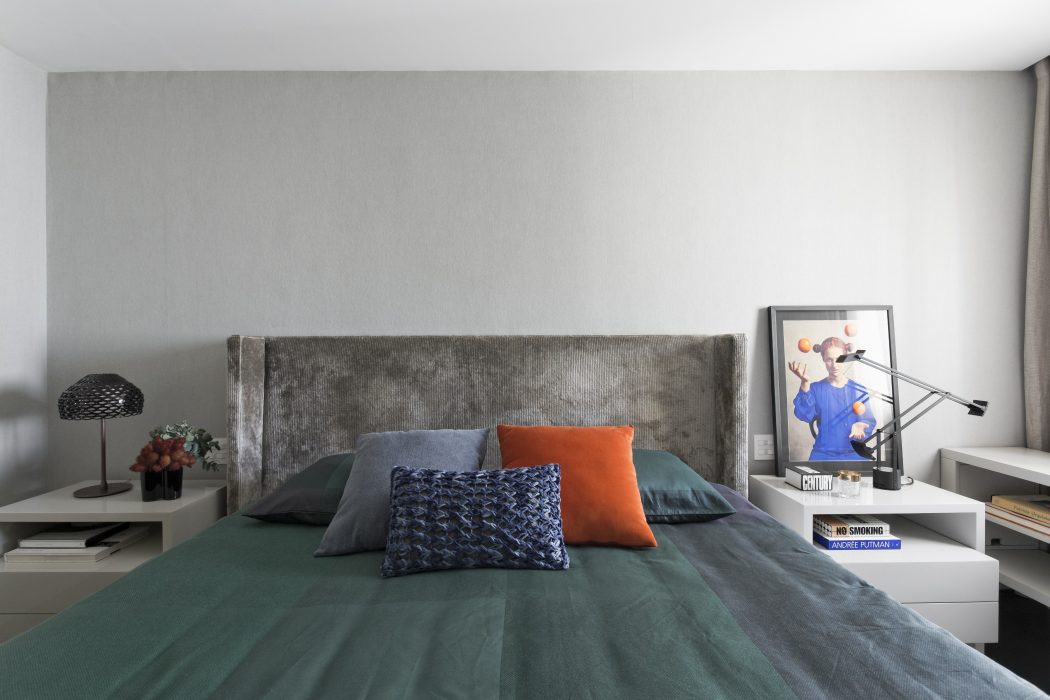 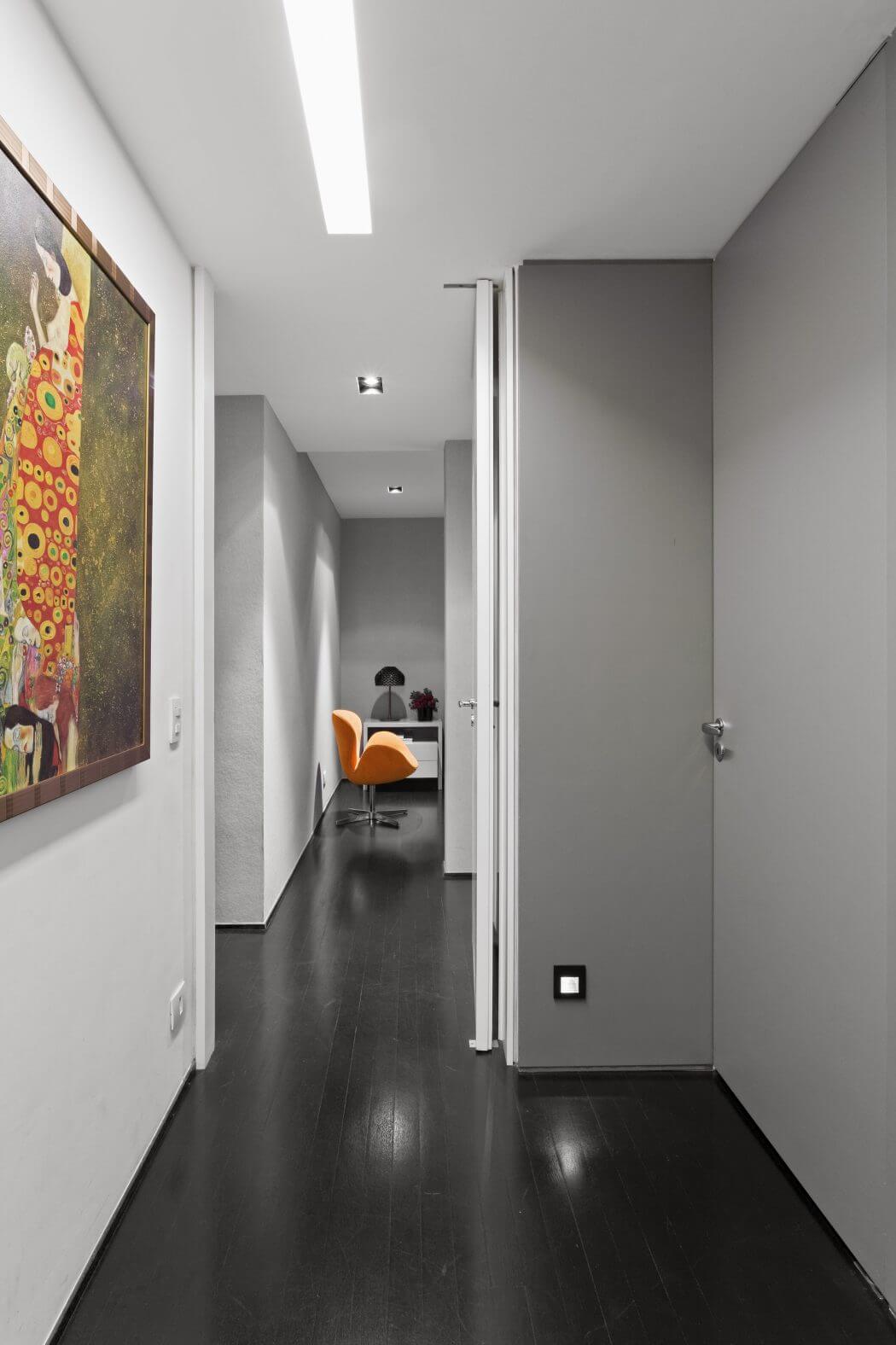 This old apartment of 200 m2 with architecture built more than 40 years ago, is located in Itaim – Bibi in Sao Paulo, and belongs to a young couple of administrators, fans of the office.

With liberty and many ideas, Diego Revollo has received total support to create and bring a new atmosphere to the apartment.

The archaic maid’s room was demolished to give way to a private bathroom inside the room of the couple. Walls were eliminated to integrate areas, and with this, incredible surprises appeared in this phase of changes.

The cove that appears on the dining room ceiling was not in the plans, but it was chosen by Diego Revollo as the preferred detail in the conquered architecture.
“When cleaning the apartment, we came across a well reinforced structure and soon we decided to use it to give personality to the project. In addition to the gain of indoor height that it has provided, the decorative effect of the structure of beams is one of the biggest attractions of the social area. ”

Another inclusion made is the sliding glass door that separates the kitchen from the dining room. Since the initial idea was to integrate more the rooms, there was a bit of resistance from the clients, but Diego Revollo advised the use of transparency to incorporate one room to another in a gentle way.

The use of black + white colors as a background was one of the main guidelines of the project. A neutral palette was defined to match the style of the clients, and invested in contrasts that Diego Revollo finds particularly interesting.

A contemporary and total chic apartment, which accommodates a functional décor with an interesting mix that cuddles and converses with all cultures.